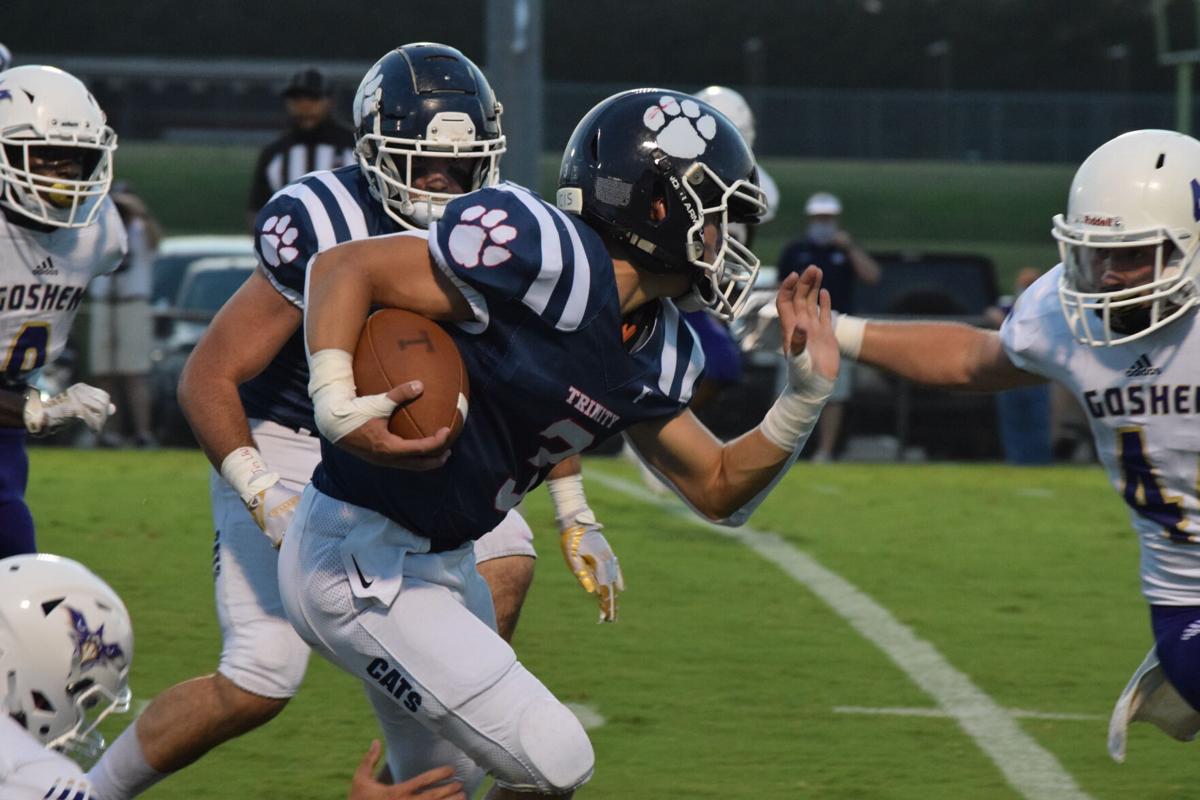 TB Mac McClinton from a 2020 game, will move to WR this year 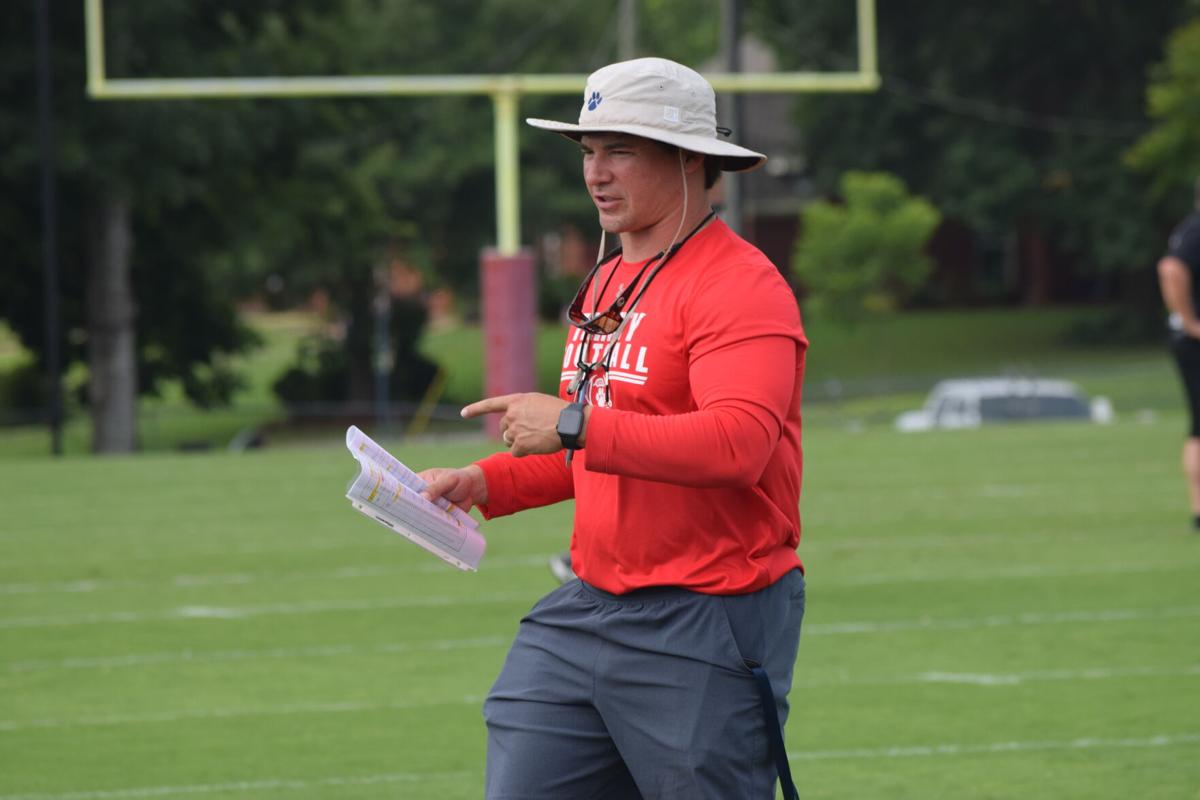 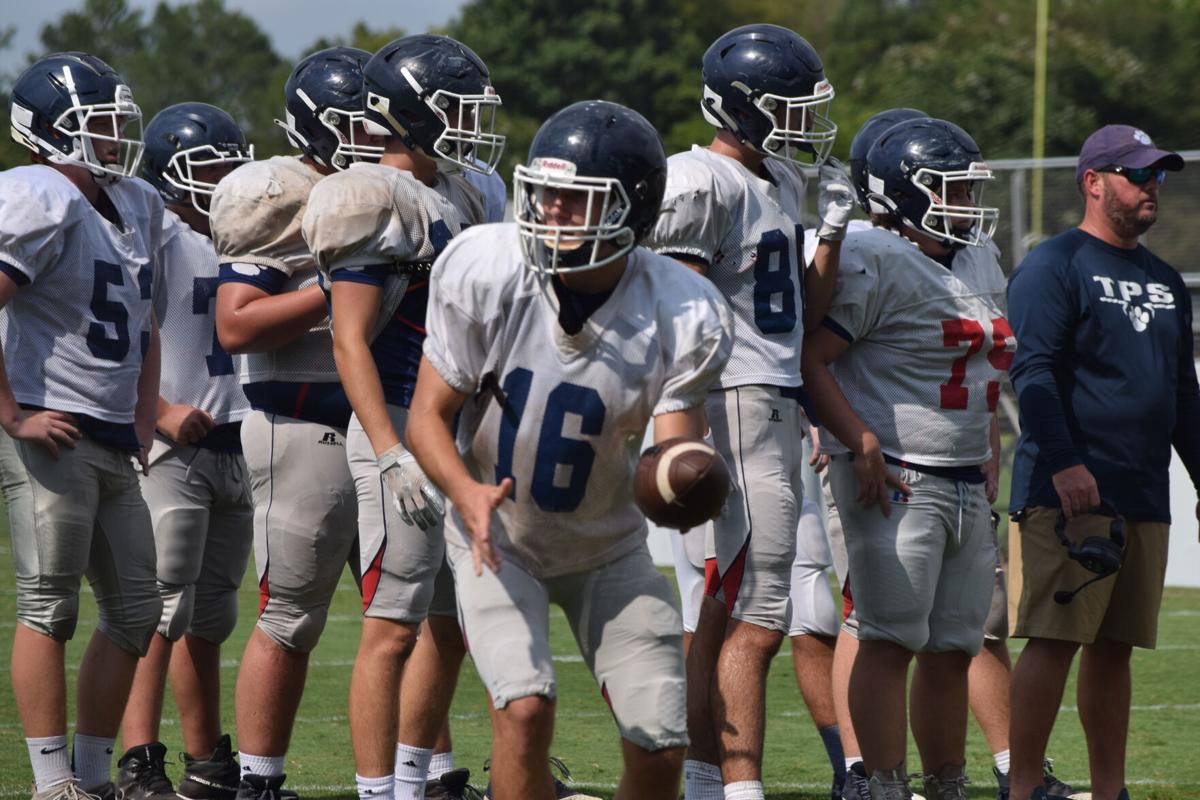 TB Mac McClinton from a 2020 game, will move to WR this year

Last year’s Trinity team was a work in progress for first-year coach Granger Shook, a talented and effective defense that was balanced by an offense that squeezed out enough production to win 10 games and advance to the quarterfinals for the first time since 2010.

“I know some people may have thought we overachieved last year, but I thought our team was very talented last year,” Shook said. “I thought we had a good group of seniors.

“I’m excited to see what this team turns into. I know last year we kind of started the season headed in a certain direction schematically but then we kind of understood who we were and realized who we were. It took us those first couple of weeks to figure out who we were.”

Through the latter half of the season, there was only a close region loss to Catholic spoiling an otherwise great finish that was boosted by a first-round playoff win over a Flomaton team that had lost just five games on the field (and two more by COVID forfeit) in a 35-game stretch over three seasons.

Last year’s offense may continue to be a little short on explosiveness, but it should be the most physical Trinity team in the last six years with the return of four starting offensive linemen -- Jake Tucker, Daniel Scott, Ahmad Lee and Cade Collins.

“Last year, we had a lot of really good playmakers and we lost some key players but we still have some key players and we’re developing key players,” Scott said. “We have four seniors on the O-line so hopefully we’ll be able to do what we want to do up front.”

The Wildcats lost quarterback John David Bonner to graduation, but Coleman Stanley split time and played in short-yardage and goal line situations, so the senior is quite familiar with having to produce in pressure situations.

“I think it’s going to be a lot of the same thing, just hopefully a better mentality about the way we do things,” he said. “We had more time to prepare in the offseason. I think we’ll be able to execute better than we did last year.”

Trinity must also find replacements at receiver, particularly with the graduation of big-play threat Jake Hufham, so Shook moved running back Mac McClinton to receiver this season.

“I’m moving to help the team,” he said. “We lost four starting receivers. We still have some great backs. My role will be the same as it was last year -- when I have the ball in my hands, do what I can to help the team and when I don’t, block and give full effort every play.”

Defensively, many of the offensive linemen provide depth and help to a group that includes senior Jack Patty and just Harrison Parkman, but the biggest question is at linebacker where some of the unit’s top playmakers roamed the field last year as seniors, including Walton Cherry, Kylar Williamson and Jim Portis.

“Last year, our defense was outstanding,” noted McClinton, who returns in the secondary. “We played so well together that nobody could break us. This year, if we have the same mentality and everybody plays together, our defense, if we play to our calls, we’ll be OK.”

Last year, the Wildcats were playing as well as any 3A team in the state, but their season came to a crashing halt in the quarterfinals with a loss to Montgomery Academy, who went on to play Catholic in the semifinals.

It was the second loss to Montgomery Academy in 2020, something that gave the returning players plenty to think about as they prepared for 2021.

“Losing that second time to MA really, really bothered a lot of people in our class,” Stanley said. “We’ve all gotten together and said we’re not going to let that happen again. We’ve been working extra hard and just playing with a chip on our shoulder. I feel like if that’s something we can do going into those tough games, then we can turn around and win those games this year.”