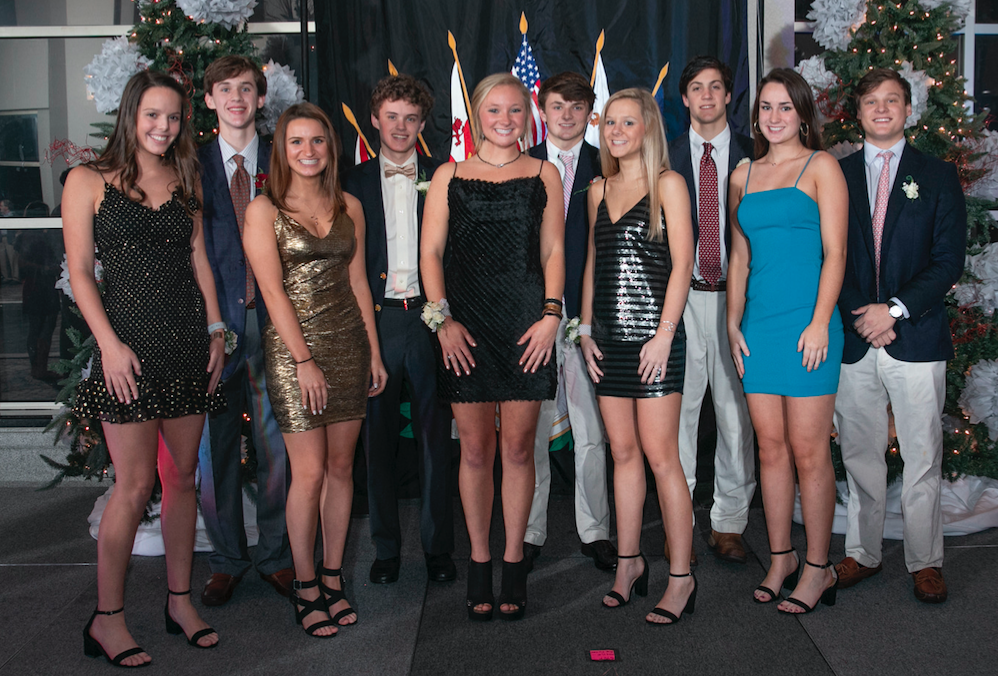 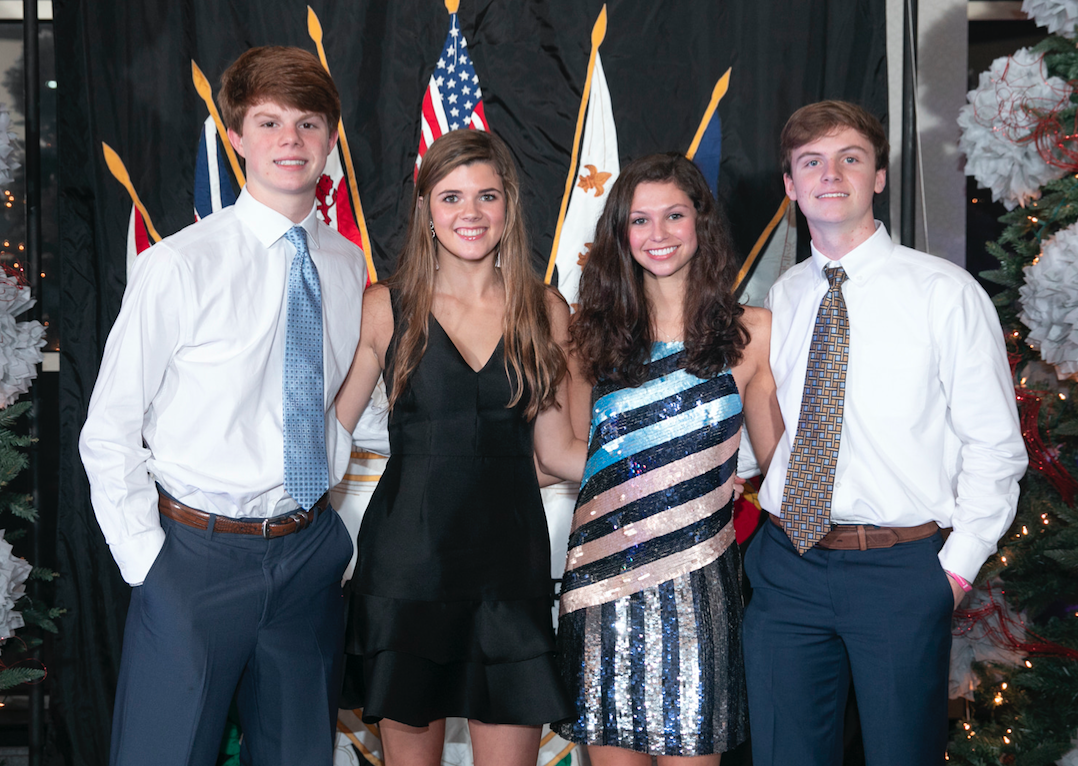 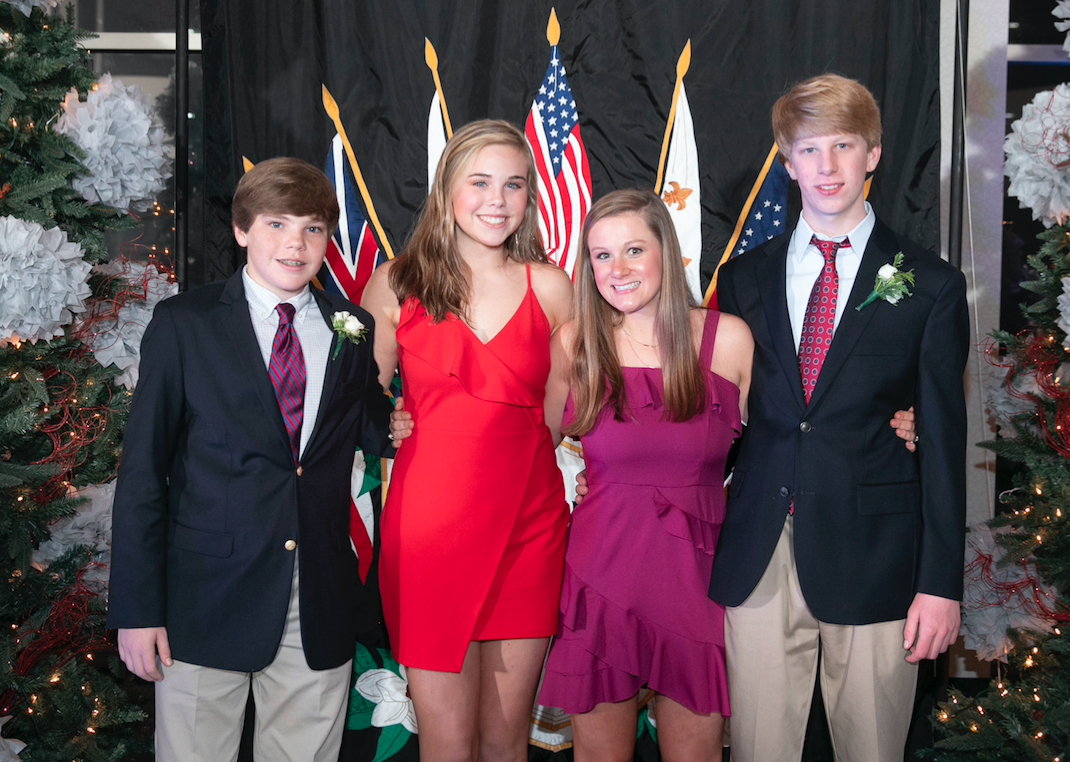 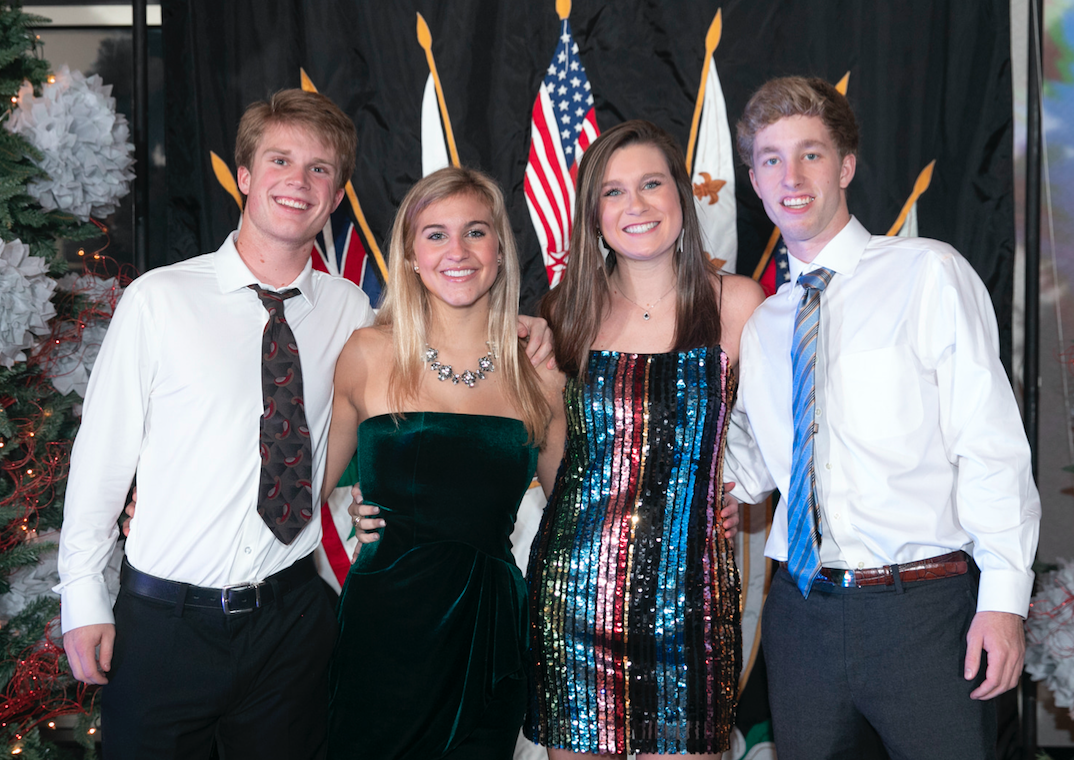 A time-honored tradition was the pinnacle of the holiday season for more than 500 Montgomery area high school students who gathered for the 58th annual dance sponsored by The Montgomery Assembly. The Holiday Dance was held December 27th at the RSA Activity Center in downtown Montgomery. The highly anticipated event included teens in grades 9 through 12, representing many area high schools.

For more than five decades, the members of The Montgomery Assembly have hosted an annual Holiday Dance to honor their high school children. This tradition began in 1961 under the leadership of Mrs. John Ashley. Mrs. Ashley organized a group of parents and celebrated the holiday season with the first Assembly dance at the Whitley Hotel in downtown Montgomery.

Dining is a pre-dance tradition, whether at area restaurants or at special dinner parties hosted by parents. Many parents across the city opened their homes to groups of honorees and their guest for pre-dance dinners. These lovely homes were decorated for the holidays and provided wonderful backdrops for keepsake photographs as well.

As the honorees and guests arrived downtown, they were greeted by Assembly member chaperones in the magically transformed RSA Activity Center ballroom. Music by “Just A Few Cats” filled the room and promised to keep the dance floor hopping long into the night. Decorations chairman, Nell Weisenfeld and her committee used a theme of gold and white for the evening. Six round tables each featuring a small Christmas tree with white lights added to the elegance of the evening. In addition to the Christmas tree, each table was adorned with sparkling snowflakes and pieces of candy. At the far end of the venue two large tables displayed glass containers overflowing with an assortment of candy surrounded by votive candles, sparking snowflakes, and an arrangement of gold and white balloons.There were two tables offering ice water which were decorated with sparkling snowflakes, votive candles, and balloons as well. Two large Christmas trees decorated with white lights and beautiful gold and white tissue paper flowers flanked the stage that was ready for the traditional lead-out presentation of senior and freshman honorees. The flag featuring The Montgomery Assembly emblem hung behind the stage, bearing the image our state’s capitol dome, a shield surrounded by magnolia blossoms, and seven of the most well known flags to have flown over the site that is now Montgomery.

Promptly at nine o’clock, the doors closed and the most anticipated moment of the evening was underway. Proud parents and grandparents sat in chairs that lined the path their children would take as they were announced couple by couple by Master of Ceremonies, Chappell Hill. Cheered on by parents, grandparents, and friends, the honorees carried on the tradition of being presented to the group as they made their way through the festive crowd.