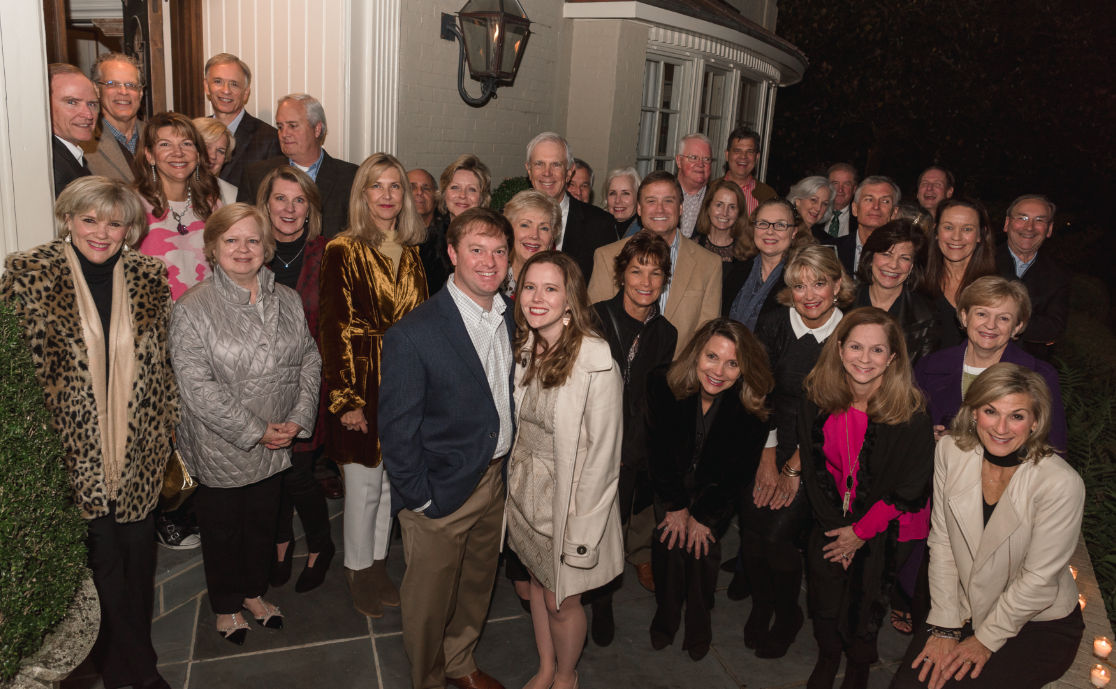 Trey Holtsford and Rebecca Hails (center) are surrounded by a sea of hosts at their engagement party in front of the LeQuire’s home. 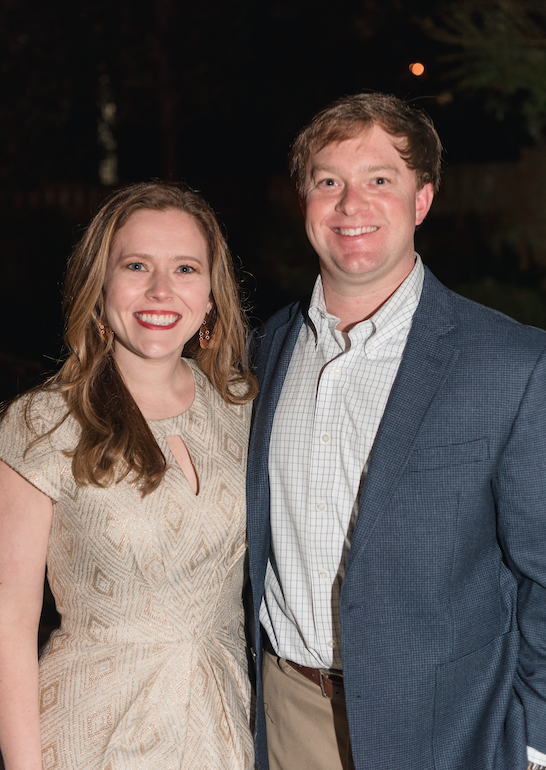 Trey Holtsford and Rebecca Hails were honored with a party celebrating their engagement. 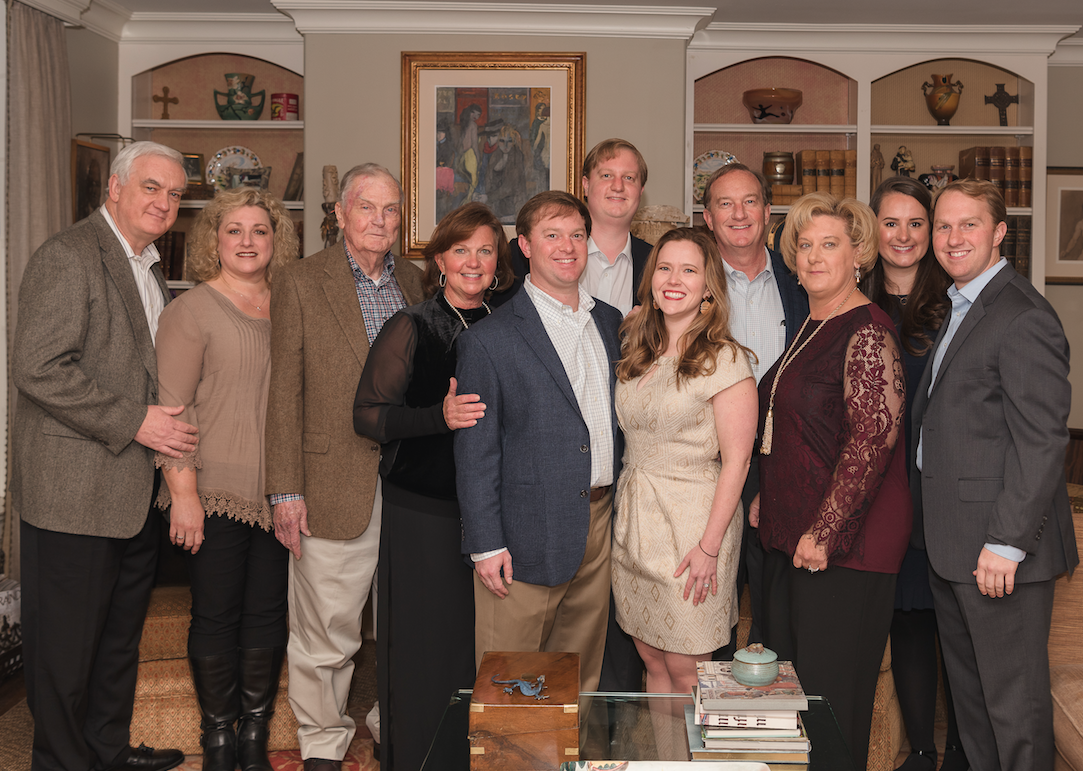 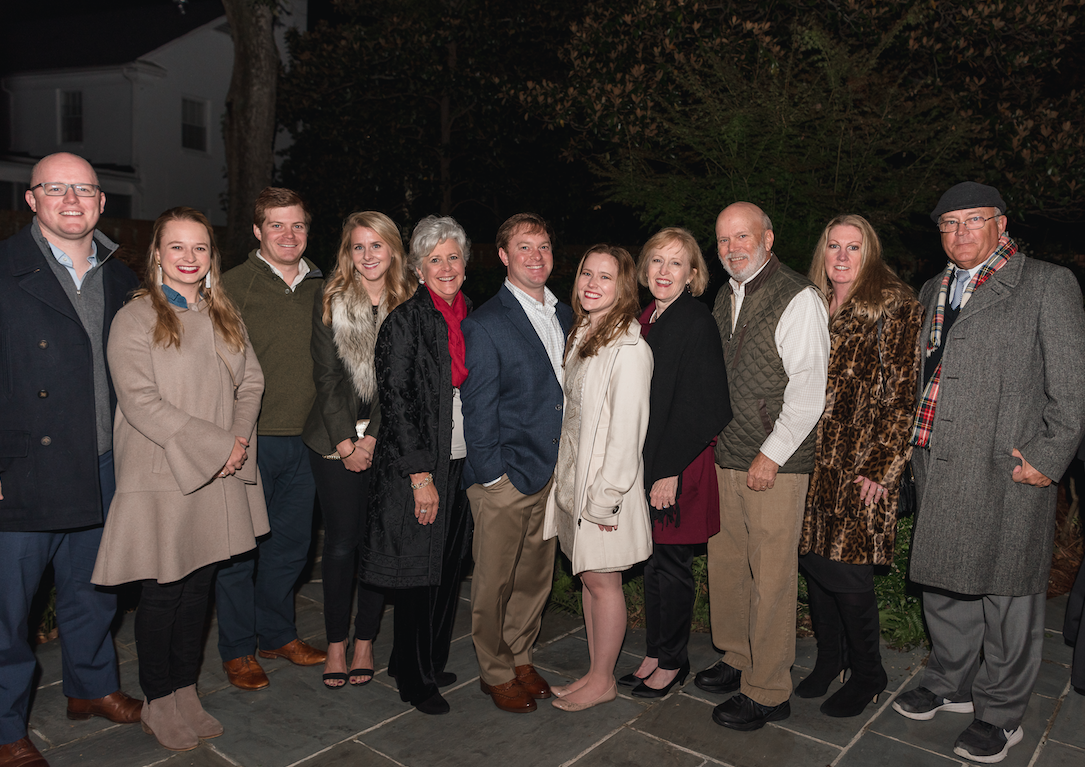 Trey Holtsford and Rebecca Hails (center) are surrounded by a sea of hosts at their engagement party in front of the LeQuire’s home.

Trey Holtsford and Rebecca Hails were honored with a party celebrating their engagement.

Rebecca Hails and Trey Holtsford recently celebrated their engagement with family and friends at the lovely Myrtlewood home of Gage and Mark LeQuire. As guests entered the LeQuire home on this cold November evening, they were warmed by dozens of torches, candles and a welcoming fire, roaring in the outdoor stone fireplace. The wine and spirits flowed, but the favorite was the “Holtsford Hooch”, the signature drink of the evening created especially for the couple and their guests by host, Gage LeQuire.

A Dinner to Remember

Guests were treated to a sumptuous dinner buffet prepared by Bud Skinner, one of Montgomery’s favorite caterers. As always, Bud did not disappoint with beef tenderloin, shrimp Creole, tomato and squash ratatouille, mixed greens and rolls. Anchoring the serving table was a stunning fall arrangement of sunflowers, purple thistle, kangaroo paw, dried wheat and curly willow designed by several of the talented hostesses.

Toasting the Bride and Groom

As dinner chimes rang, Alex Holtsford and Andy Hails thanked the generous host and hostesses for honoring Rebecca and Trey. Alex also shared a bit of history about the Holtsford/LeQuire friendship that began in Gadsden where Alex and Gage attended high school at Westminster Christian. When he concluded, Mark LeQuire offered a heartfelt blessing for the marriage of Rebecca and Trey.

Along with her parents, several of Rebecca’s other family members were present to join in the joyous celebration. Her brother John Hails with his wife, Elizabeth from Atlanta, Rebecca’s aunt, Jeannie Hails Austin from Mobile, her uncle, Eddie Hails and his wife Betsy Hails from Montgomery, were also in attendance, as was cousin and bridesmaid, Sarah Austin Isbell and her husband Hal Isbell from Birmingham.

Other family members of Trey’s attending included Trey’s grandfather, Alex Holtsford Sr., from Gadsden, his aunt, Laurie Holtsford, and his uncle Ron Holtsford and his wife Jennifer Holtsford, all from Montgomery. Trey’s maternal grandmother, Mary Collins, age 91, from Mobile, was unable to attend, but assures Trey she will be at the celebration in March to see her first born grandson marry his bride!

Maid of honor, Mara McCracken of New Orleans, accompanied by her mother Stephanie McCracken of Montgomery, was on hand to help celebrate with the happy couple.

Other bridesmaids include Caitlin Fockele escorted by Kurt Lambert, both of Atlanta, Kayla Grantham from Athens, Alabama and Katie Tansey from Memphis, joined by her husband Tim.

Hosts and Hostesses for the Event

The couple will wed on March 2, 2019 at St. Peter Catholic Church in Montgomery. After their wedding and honeymoon the couple plan to live in the Capital City where Rebecca is a pediatric nurse at Physicians to Children and Trey is an attorney at Holtsford Gilliland Higgins Hitson and Howard.