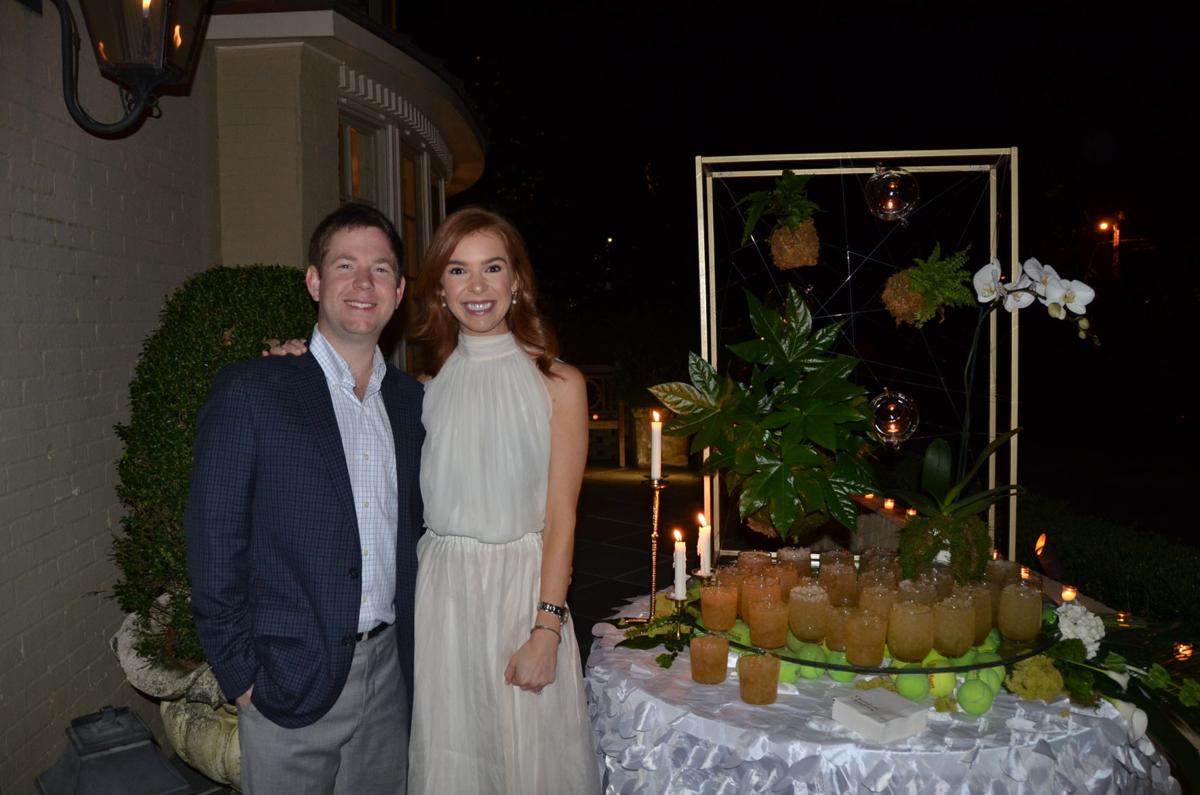 Andrew Crum and Caroline Hodges were fêted with an engagement party at the home of Gage and Mark LeQuire. 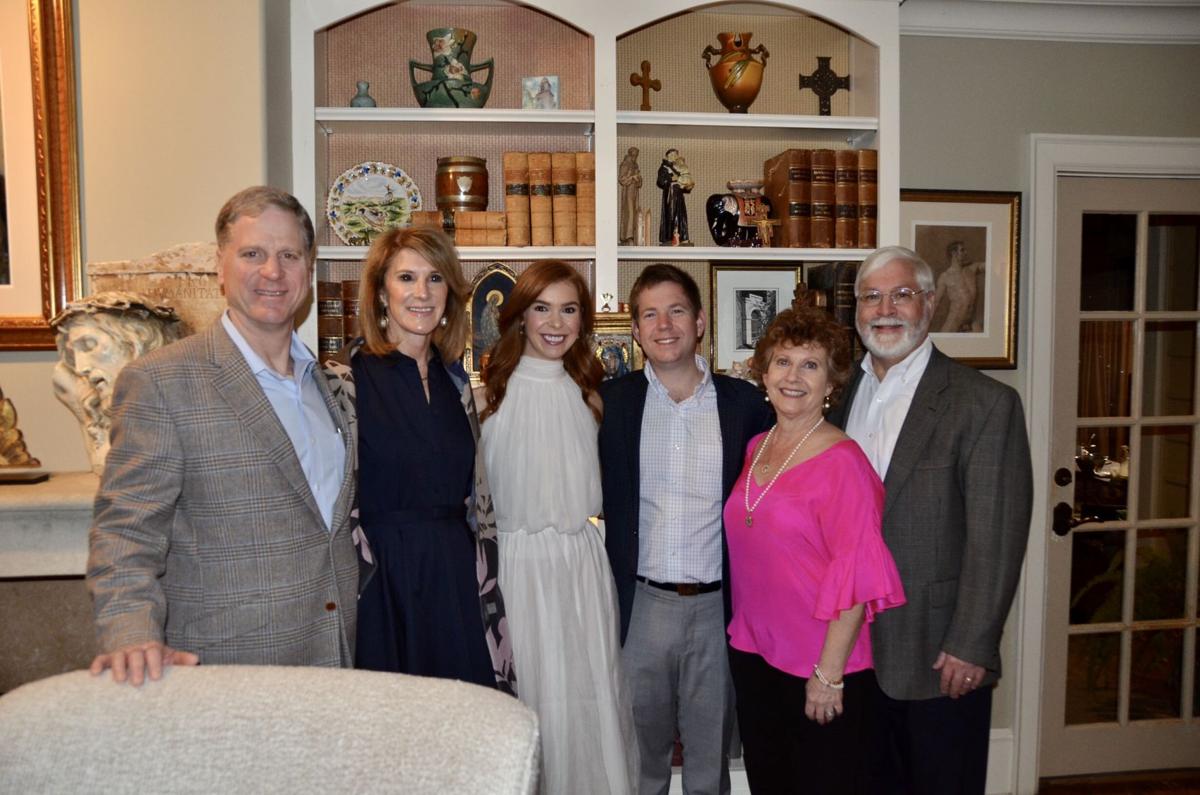 Andrew and Caroline with their parents. Pictured from left, Allen and Janet Hodges, Caroline Hodges and Andrew Crum, and Katherine and Eric Crum. 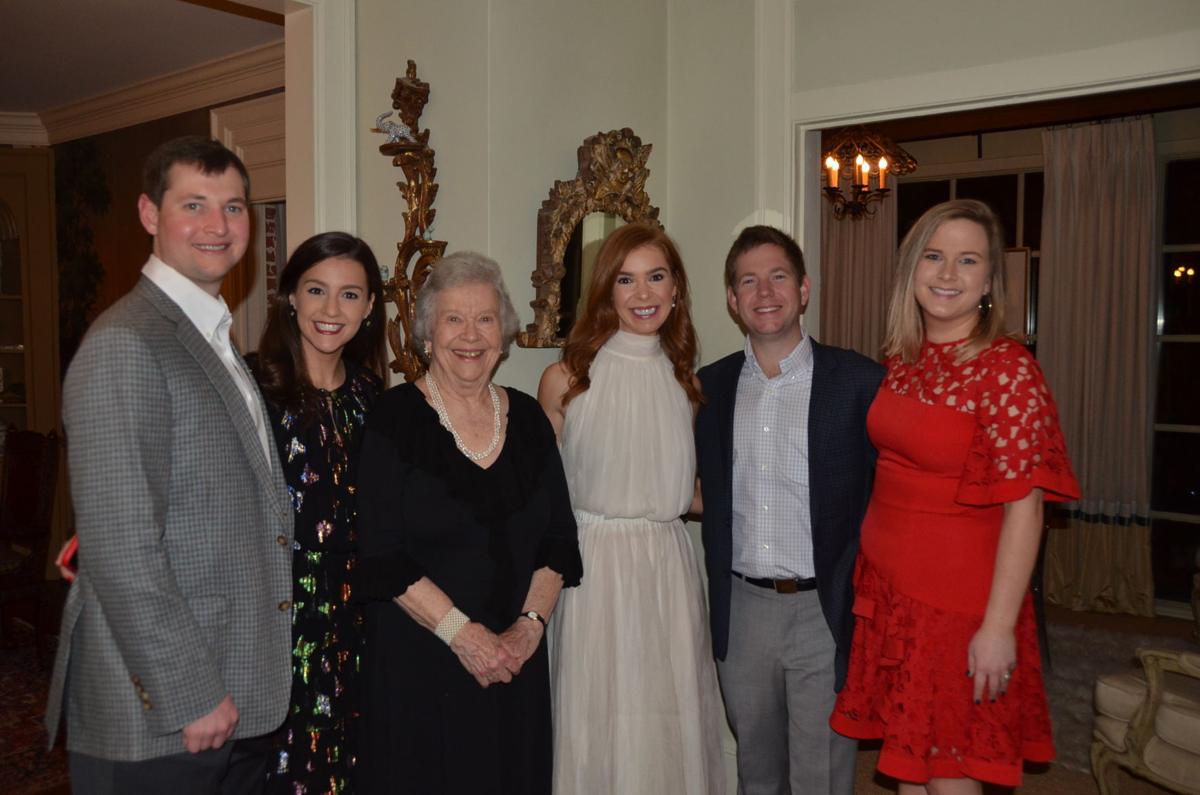 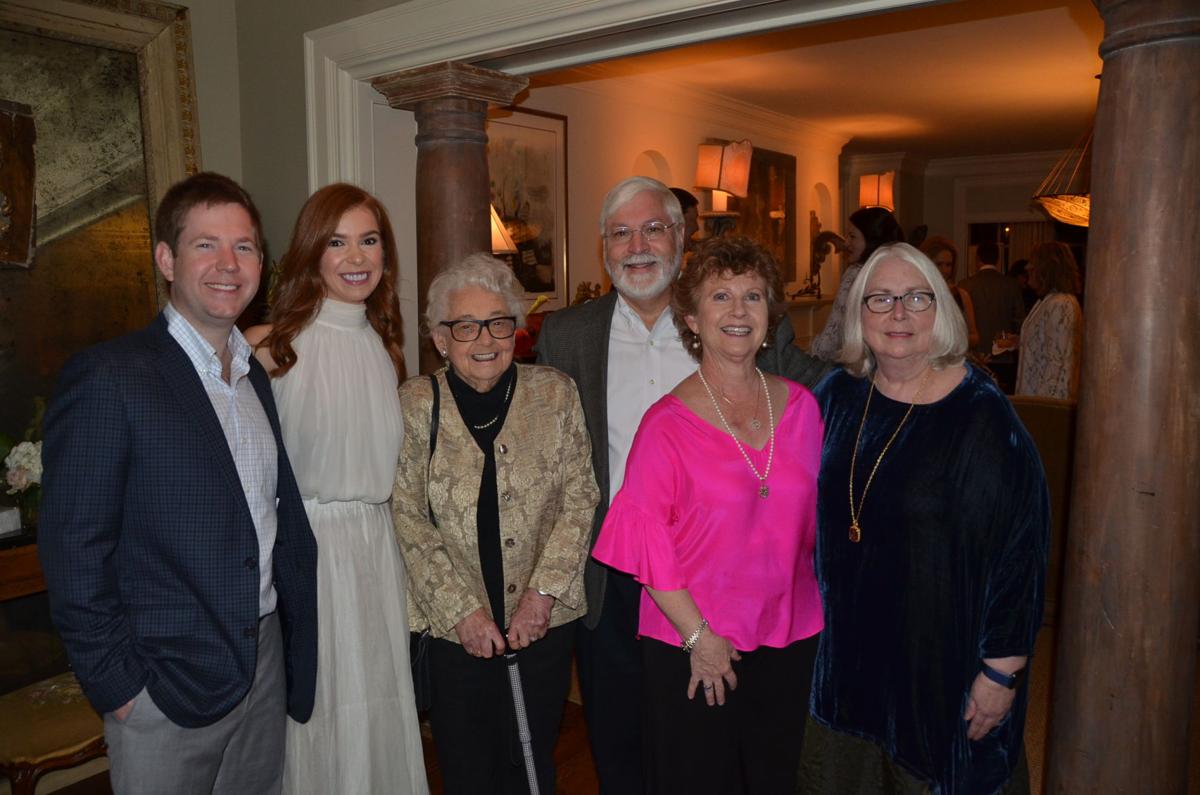 Andrew and Caroline with his grandmother Gertrude Crum, his parents Eric and Catherine Crum, and his aunt Laura Crum. 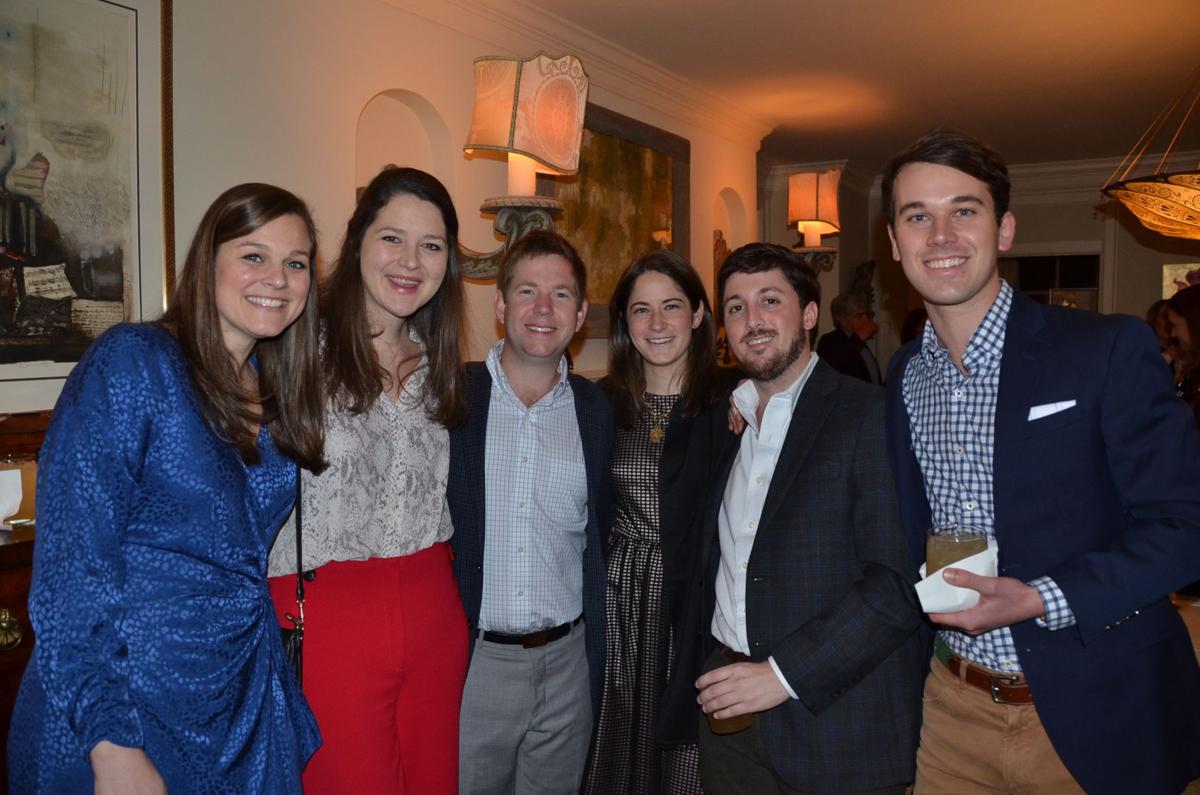 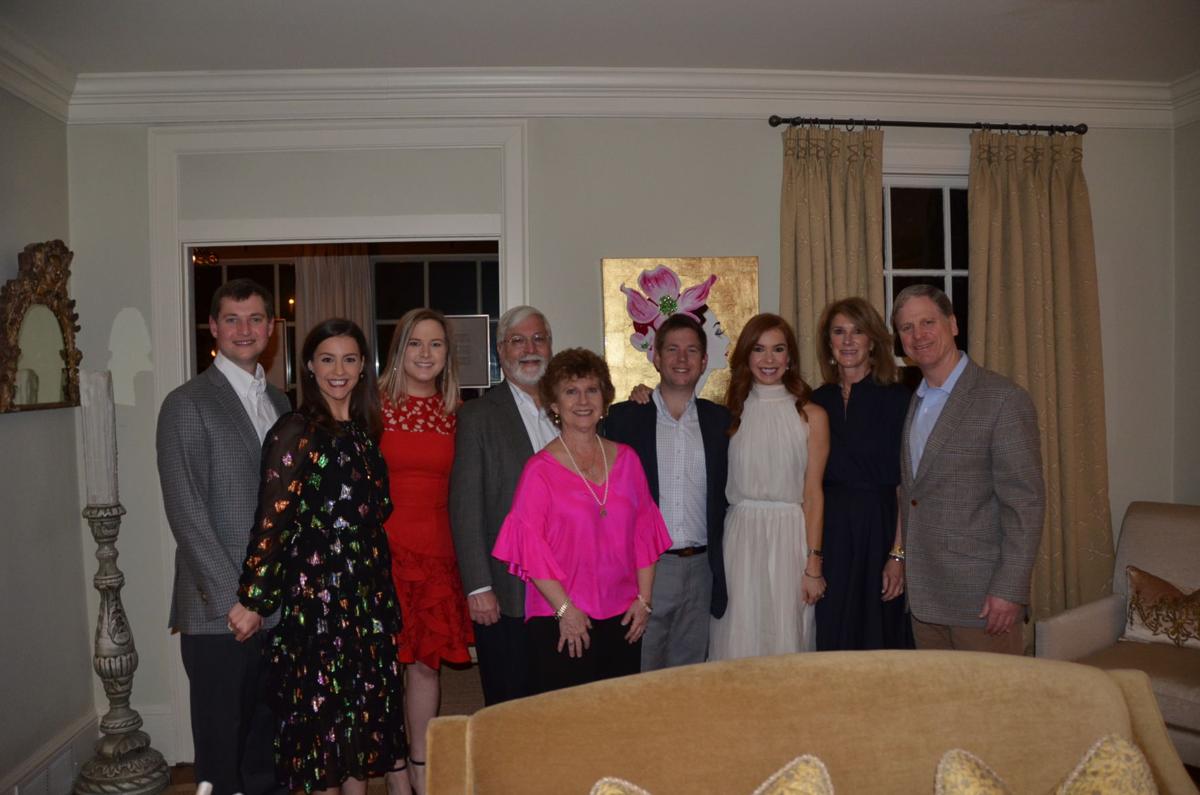 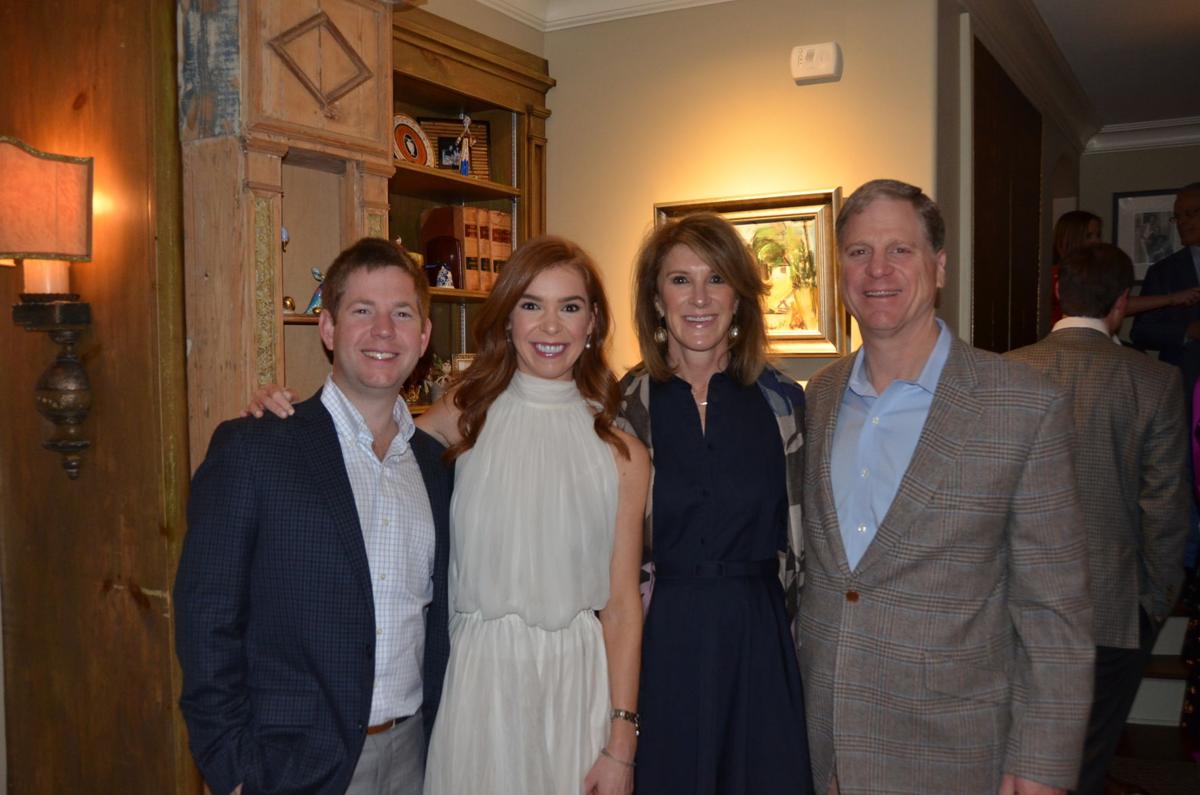 Andrew Crum and Caroline Hodges with her parents, Janet and Allen Hodges of Fort Worth, Texas.

Andrew Crum and Caroline Hodges were fêted with an engagement party at the home of Gage and Mark LeQuire.

Andrew and Caroline with their parents. Pictured from left, Allen and Janet Hodges, Caroline Hodges and Andrew Crum, and Katherine and Eric Crum.

Andrew and Caroline with his grandmother Gertrude Crum, his parents Eric and Catherine Crum, and his aunt Laura Crum.

Andrew Crum and Caroline Hodges with her parents, Janet and Allen Hodges of Fort Worth, Texas.

A beautiful early spring evening in March was the perfect night for an elegant engagement party celebrating Caroline Hodges and Andrew Crum. The party was held at the beautiful Myrtlewood Drive home of Gage and Mark LeQuire.

Caroline’s parents, Janet and Allen Hodges of Fort Worth, Texas were in town for the weekend to be a part of the joyous occasion. Ironically, Janet was born right here in Montgomery! Caroline, Andrew and his parents, Katherine and Eric Crum of Montgomery were at the front door welcoming guests as they entered the LeQuire’s home.

Guests were greeted on the candlelit front porch with a whiskey sour served from a table topped with tennis balls and moss under glass. The bright yellow tennis balls were a nod to Andrew’s love of the sport. The arrangement atop the table had suspended candles, ferns, and white phalaenopsis orchids plants woven with clear monofilament within a gold stand. No detail escaped creativity as the guests flowed through the home and made their way out to the LeQuire’s stunning backyard where bars were located on several levels for guests’ enjoyment.

Host Mark LeQuire greeted gathered family and friends by offering a heartfelt and moving stroll down Memory Lane of times watching Andrew grow up two doors down the street. Gage set the stage for a night of fun by sabering a bottle of champagne, which brought cheers of excitement from guests.

Father of the groom Eric Crum welcomed guests as glasses were filled with champagne and a toast to Andrew and Caroline was shared. Mark then offered a blessing on the food and upcoming marriage. Guests enjoyed a delicious buffet prepared by none other than Montgomery’s own Bud Skinner of Jubilee Seafood. Bud prepared oven roasted brisket with onion gravy, turmeric ginger rice with Greek shrimp, edamame succotash and chopped romaine salad with creamy avocado dressing. The food table was accented with arrangements of submerged white calla lilies, bells of Ireland, and white hydrangea along with tufts of moss and greenery. Dining tables with illuminated white linen tablecloths were placed on the lawn and featured striking modern flower designs with glass spheres with Lilly grass and calla lilies swirled inside. The talented Aaron Ganey was the force behind all the stunning arrangements. Flickering votive candles and large standing lamps offered soft lighting for the party.

A native of Fort Worth, Caroline graduated from The University of Texas and is employed by Baby Scripts as their Business Development Manager. Andrew, a Montgomery Academy alum and graduate of Washington and Lee University, works for Reality Income Corporation as Associate Director, Corporate Strategy. Caroline and Andrew met in Washington, DC where they both were employed after college. Their first date was at a local Glover Park Brewery. Andrew’s job took him to San Diego, so the couple had the challenge of dating across the country for 2 years! Caroline moved to San Diego this past fall.

Many of Caroline and Andrew’s family and friends were in attendance. Andrew’s sister, Laura Katherine Crum of Washington, DC and brother and sister-in-law Richard and Catherine Crum of Birmingham were in town to toast the happy couple. Out of town friends in attendance were Sarah and Mathews Bryan, Paul and Kathleen Shashy, Joseph Azar, Owen Elliott and Claire Daily, Major Lee, Win Knowles, Grace Haynes, Jonathan Capouya, and Caroline Gaylord, all of Birmingham. Childhood friend Ali Adams and Nelson Bean drove in from Atlanta, Nick Hansel and Gracie Vails of New Orleans and Rob Riley and Angie Bell of Columbus, Georgia traveled to toast Caroline and Andrew’s upcoming nuptials. Andrew’s grandmother, Jeanette Hancock, Leigh and Jim Hancock and Susan and Will Hancock, aunts and uncles of Andrew, drove in for the evening from Birmingham.

After postponing an April 25th wedding date, Caroline and Andrew hope to marry August 1st in Fort Worth, Texas and a honeymoon will follow. They will reside in San Diego, California.