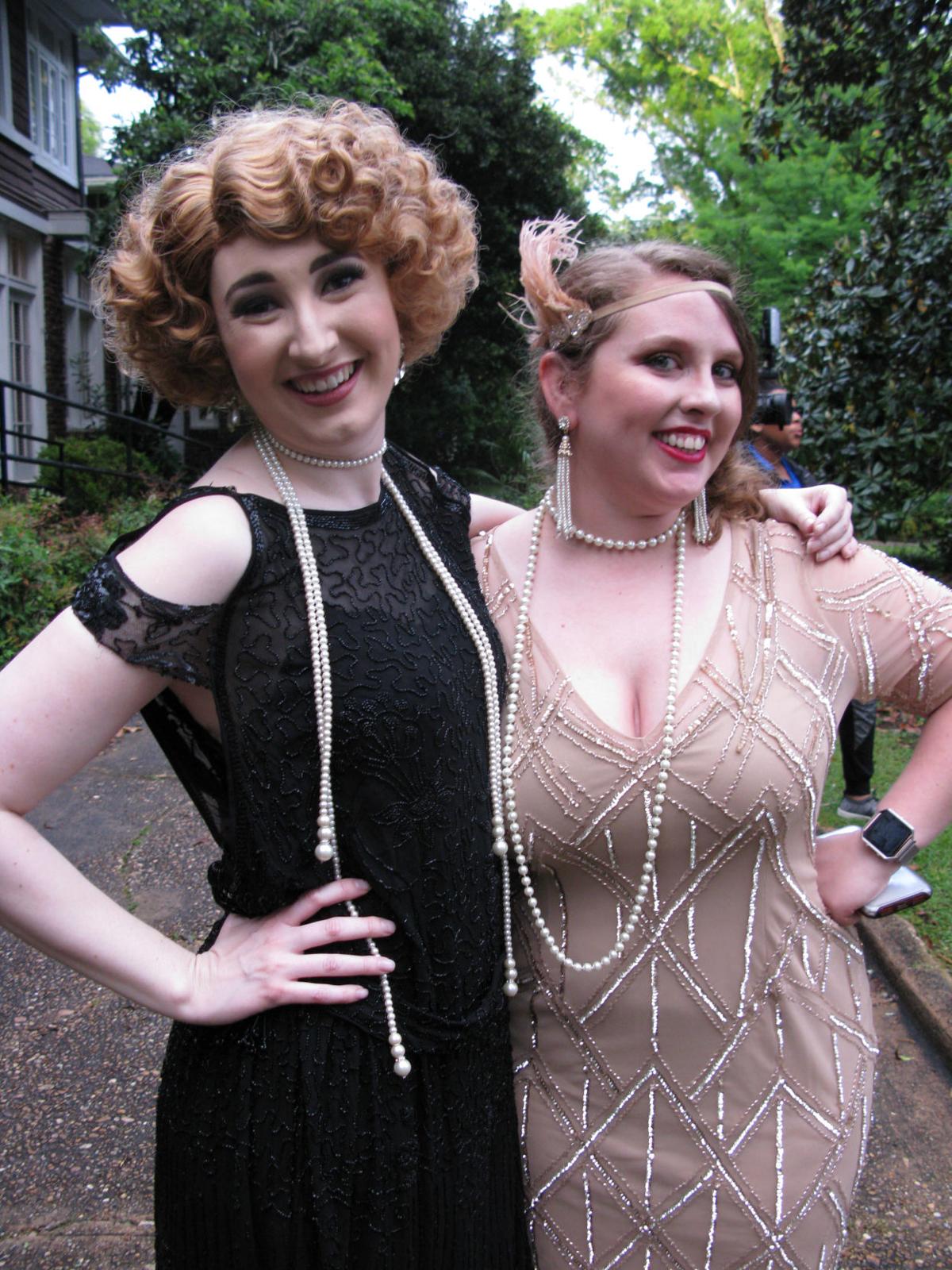 Zelda (Katie Barrett) was there herself along with Rachel Boyd as the Scott & Zelda Fitzgerald Museum celebrated 30 years at “A Night at the Fair.” 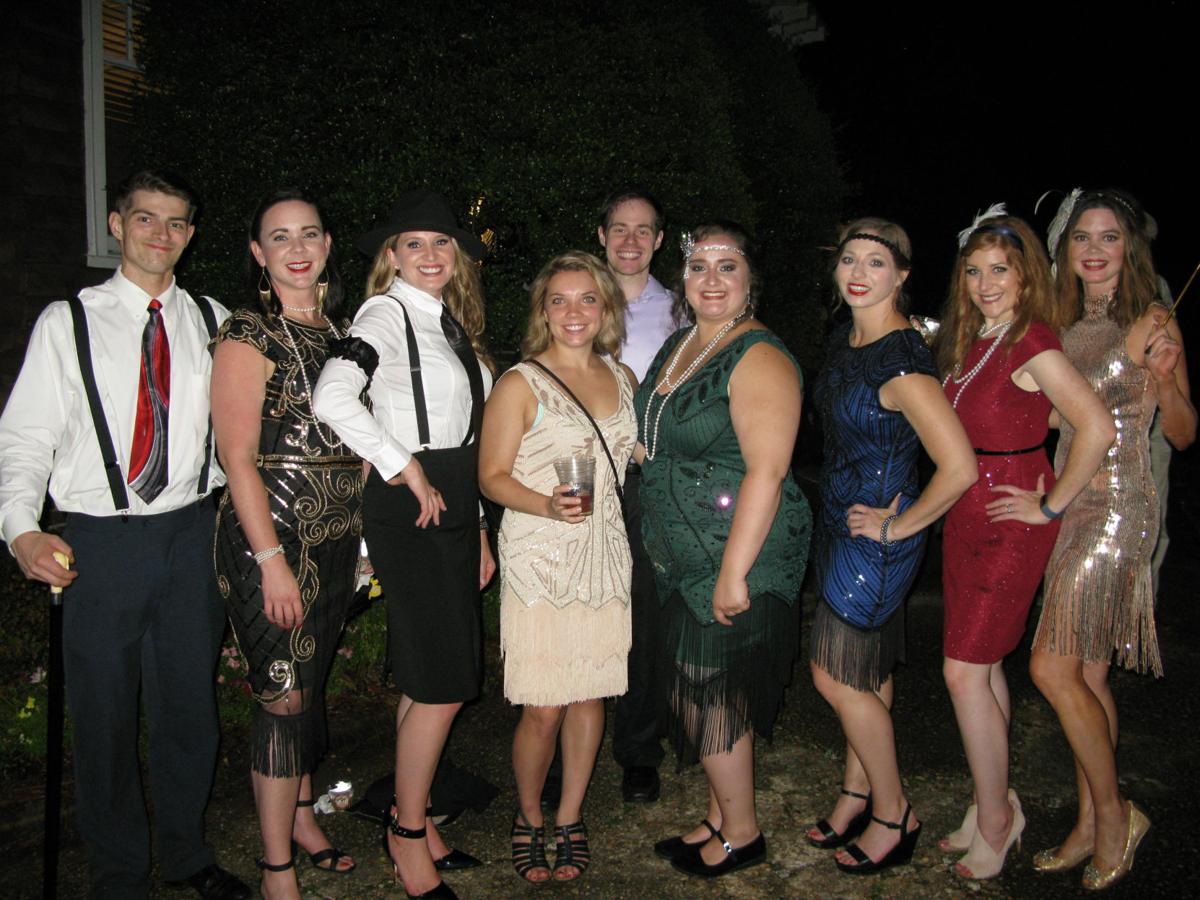 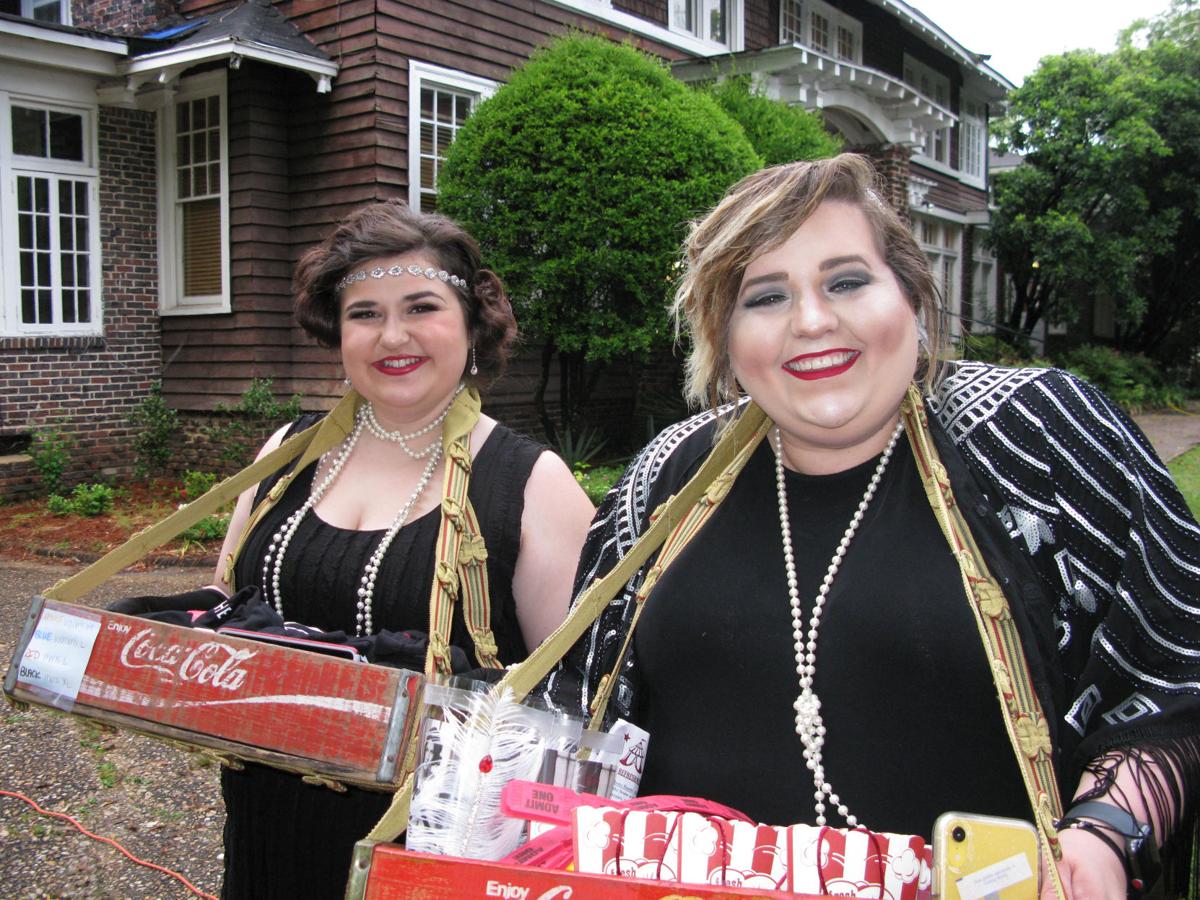 Kimber Graham and Katelin Smith carried trays of goodies to sell during the gala “Fair.” 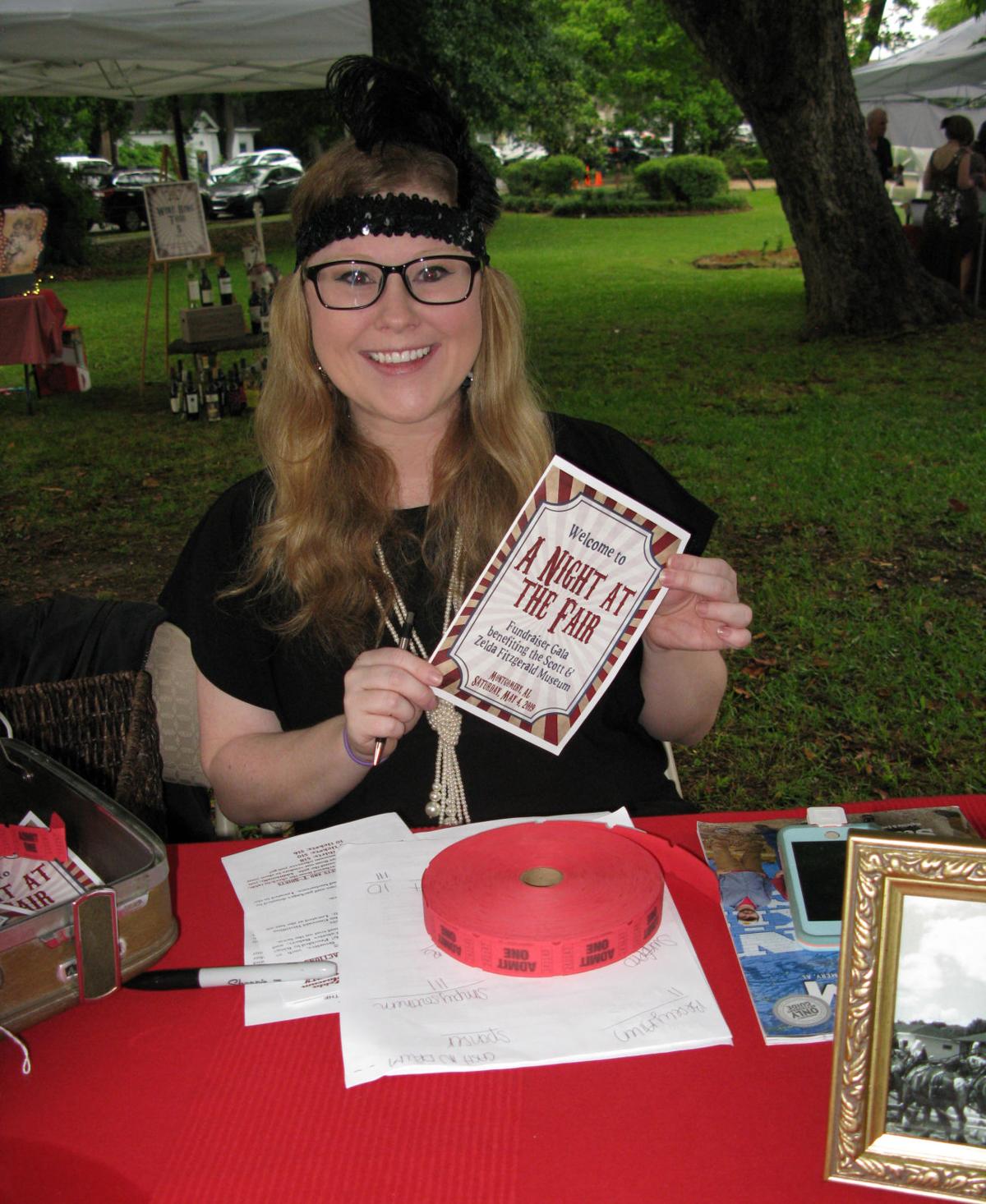 Ready to greet everyone attending the Gala was Chairman Leslie Pescia. 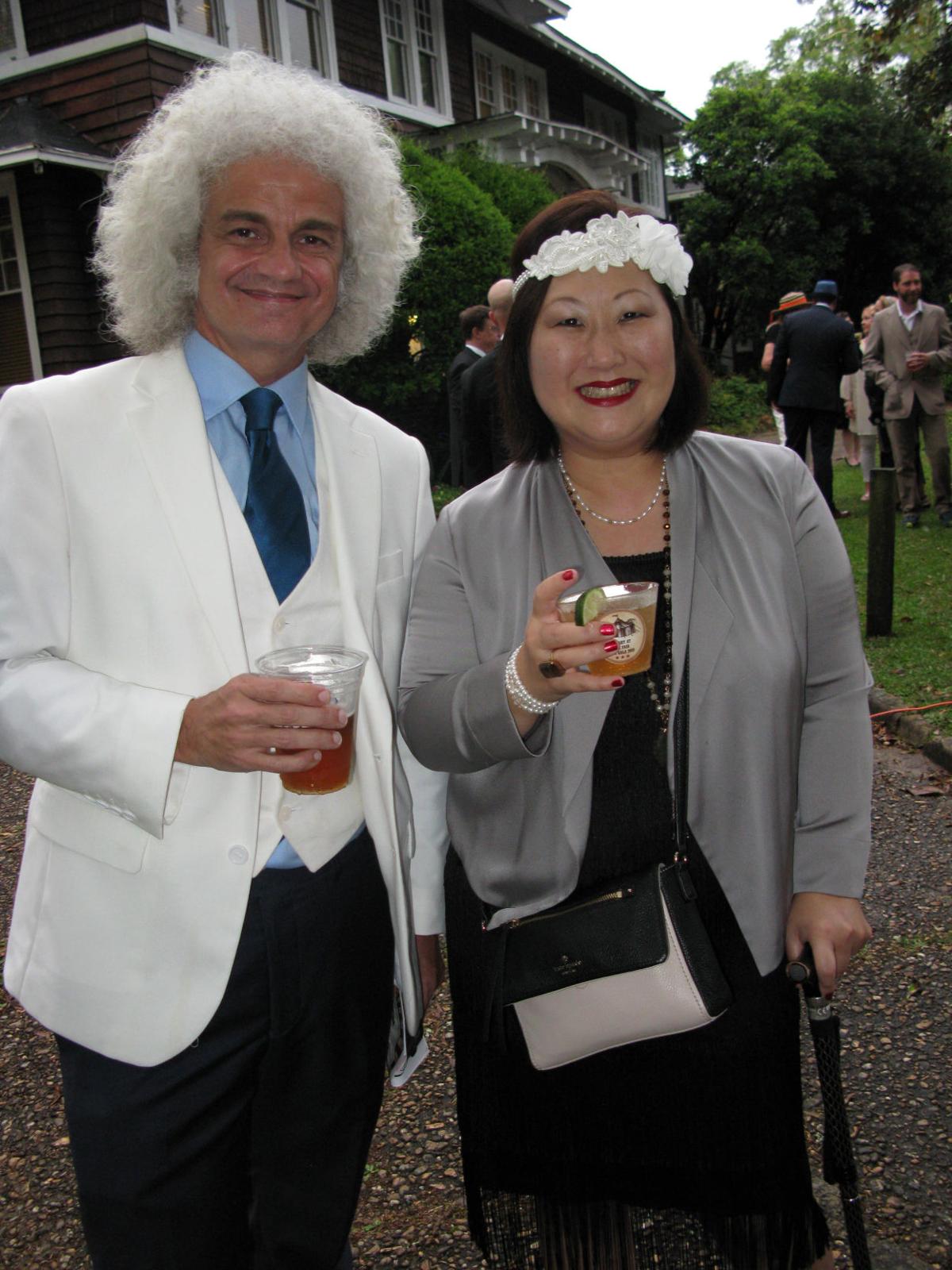 Kirk Curnett, left, and Jenny Hwang, right were ready for fun at the fair. 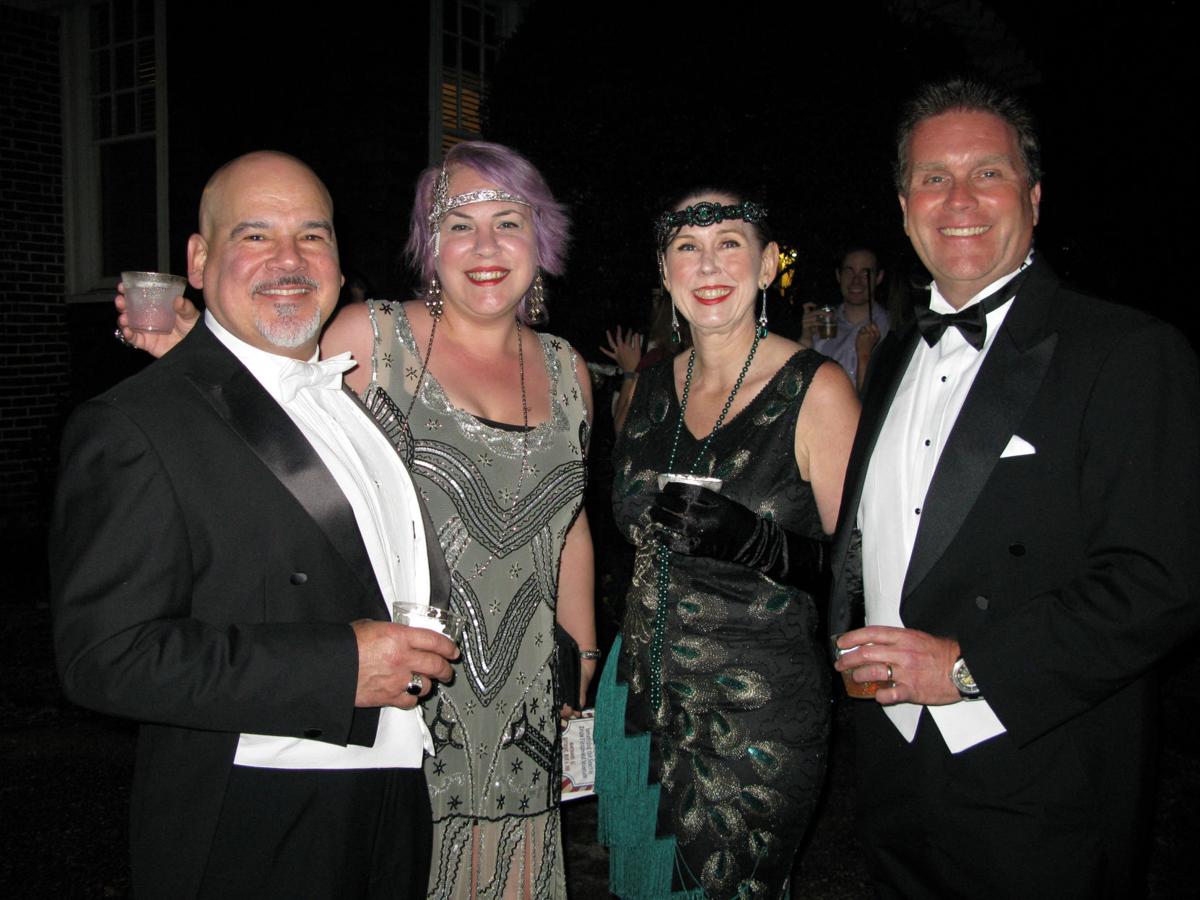 Dressed in tails were Jorge Serafim, left, and Greg Rollins, right, with their wives Cat Serafim and Stephanie Rollins. 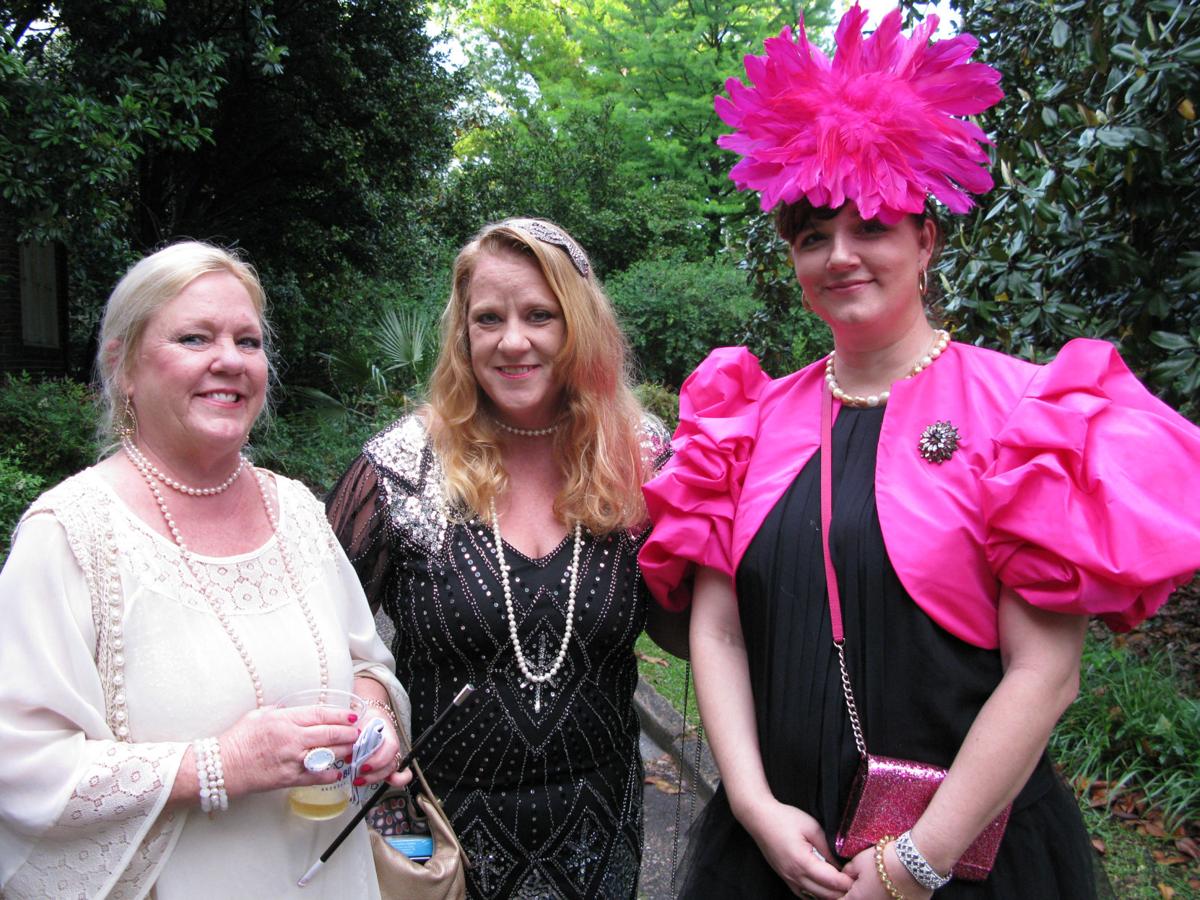 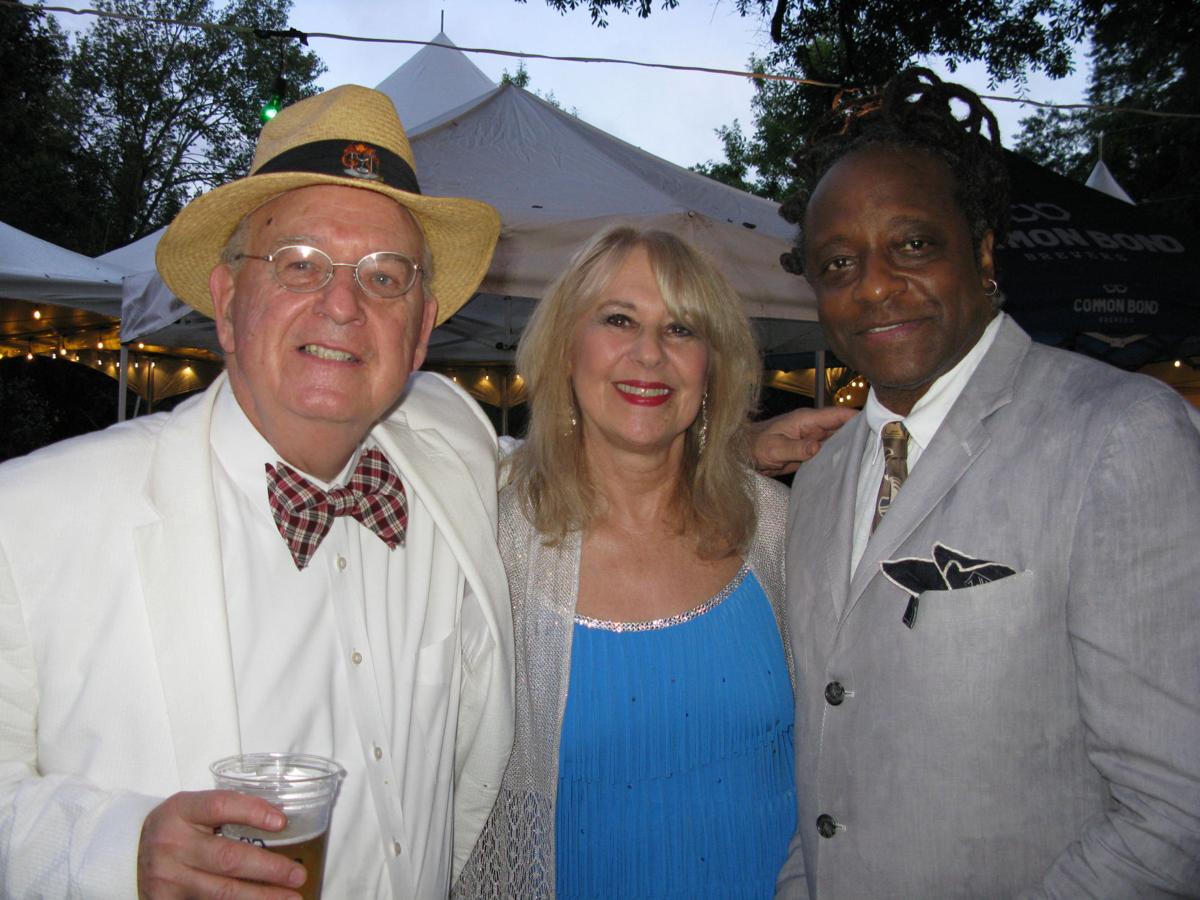 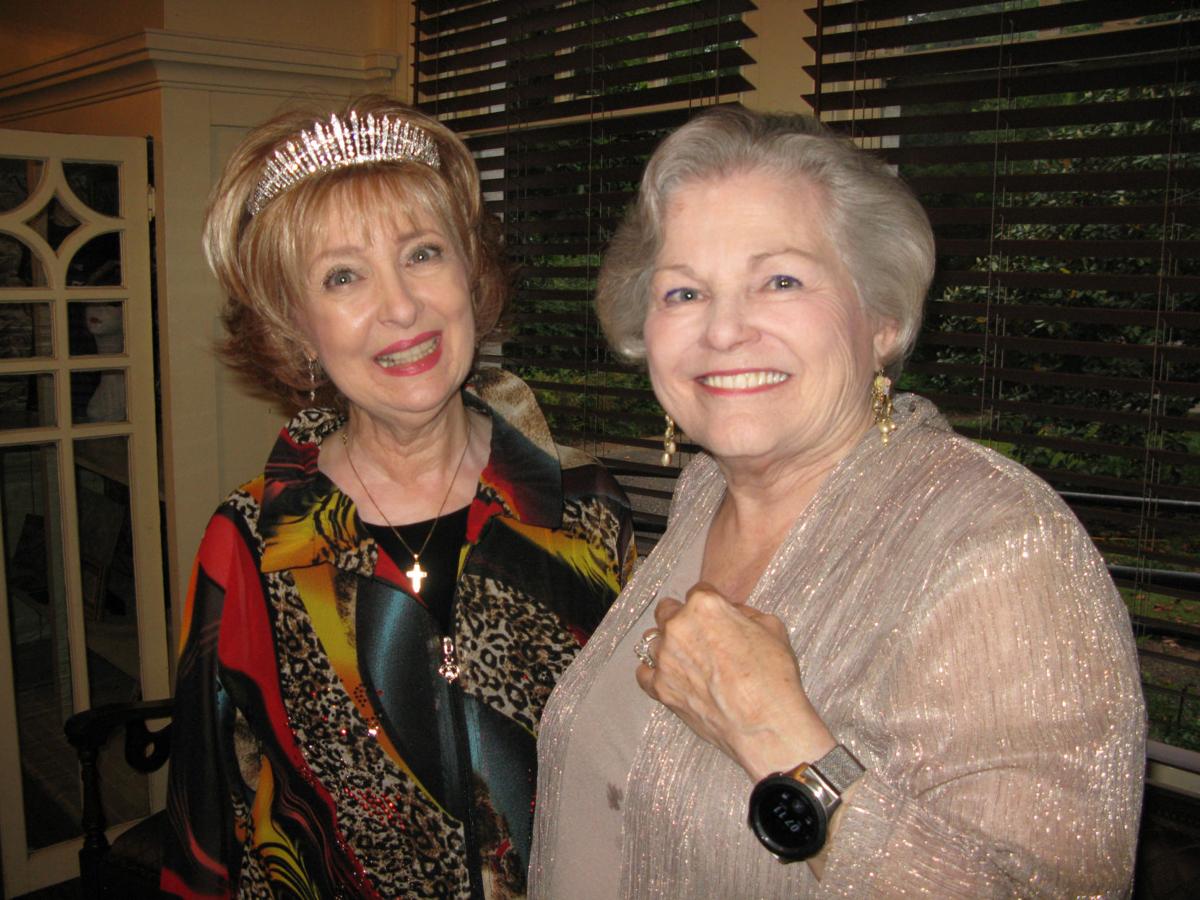 Zelda (Katie Barrett) was there herself along with Rachel Boyd as the Scott & Zelda Fitzgerald Museum celebrated 30 years at “A Night at the Fair.”

Kimber Graham and Katelin Smith carried trays of goodies to sell during the gala “Fair.”

Ready to greet everyone attending the Gala was Chairman Leslie Pescia.

Kirk Curnett, left, and Jenny Hwang, right were ready for fun at the fair.

Dressed in tails were Jorge Serafim, left, and Greg Rollins, right, with their wives Cat Serafim and Stephanie Rollins.

Stormy skies and heavy rains cleared just in time for the magic to begin for “A Night at The Fair” annual gala benefiting the Scott & Zelda Fitzgerald Museum in Old Cloverdale. Gala Chair Leslie Pescia, together with Rachel Boyd, Kendra Griggs and added just the right touches to honor the legacy of the famous literary couple for whom the museum is named. The tireless efforts of board vice president Daron Harris in publicizing the event helped insure a large crowd attending despite the earlier ominous weather. Celebrating the 30th anniversary of Julian and Leslie McPhillips’ vision to create not only a museum but a haven and inspiration for writers meant not only an evening of fundraising but fun, too.

Guests dressed in 1920s garb strolled across the lawn and listened as the duo Spatz & Hatz (Adam Strickland and Jim Quakenbush) crooned mellow tunes under the big top tent. Kendra Doten, curator and director, wore a pink hat and chatted with Katie Barrett of Raleigh, North Carolina, who was a charming Zelda, emceeing the evening’s entertainments. Surrounded by sequined dresses and feathered headbands, it was easy to feel transformed back to the exciting days of flappers and youthful exuberance so perfectly recreated for the evening.

Kimber Graham and Katelin Smith offered trays of pendants, tshirts, and flapper-style headbands to those wanting to capture the spirit of the 1920s. Jorge Serafim and Greg Rollins wore formal coat and tails with their wives Cat Serafim and Stephanie Rollins on their arms. Tickets were exchanged for beverages and opportunities to play games on the lawn of the museum.

Chris Baldwin’s close-up magic added to the excitement, as did the carnival atmosphere throughout the front lawn under the huge magnolia tree. Hot dogs, corn dogs, grilled corn on the cob; pimento cheese sandwich wedges along with banana pudding in long-stemmed glasses were the choices of board members Brian Jones, John Tomlinson, Andrew Yawn and Joel Kelly. Al Steineker of King’s Table Catering swirled cotton candy and passed out bags of popcorn as guests sipped their favorite beverages under the lights.

Yard games such as bocce ball and corn hole and even a wine ring toss that let the winner keep the bottle of wine tempted guests. Guests could win a gift card with the correct answer for the number of peanuts in a jar as just one reminiscent of the times. A photo booth and carnival themed photo banners expertly painted by Princess Lulu allowed for self-portraits and funny photos. All were appropriate for a museum 30 years young.

John Emerald Distilling Company and Common Bond Brewers were the official spirits of the evening. Silent auction donors added something for everyone milling about the museum galleries surveying the many choices. Shanlie Wolter clipped and snipped silhouettes as guests took turns having their likeness done. Andy Patton sat for his silhouette after Alania Muse waited on the Victorian sofa watching after hers was intricately completed. Tapping on center stage of the big tent was Bradyn Debysingh who performs in My Fair Lady with Birmingham’s Red Mountain Theatre in June.

The city’s Miss Montgomery Sharon Myers wore her diadem as a symbol of her reign all the while explaining the nuances between crown, tiara and her diadem which by the way is a headband worn as a symbol of sovereignty. She and Karla Groves offered encouragement to those surveying the array of silent auction choices along with Jennifer Wooten in the museum galleries.

Kirk Curnutt, Jenny Hwang, Sean McKelly, and Kayli Talbot were all about the fun. Board Member Foster and his wife, Vicki Dickson, along with friends Mike and Debra Kirk, were found in the front room as they surveyed the historic home of the Fitzgeralds.

Julian McPhillips and Patricia Hendrix welcomed board member and president of the Montgomery Arts Council Bill Ford as he arrived in the drive of the museum while Rhonda and Marlon Barton chatted with friends under the tent at one of the festively decorated tables. Kevin “Chester” Spotswood, Dawn Parr, Katie Buckinger, and August Deleon shared a table nearby.

“The Fitz” as the Scott and Zelda Fitzgerald Museum is affectionately nicknamed was originally built as a single-family home in 1909. The Zelda Sayre and F. Scott Fitzgerald courtship and marriage were legendary and marked the beginning of the “Jazz Age.” Traveling the world in literary circles, the couple would return several times and called “The Fitz” home from 1931 until spring 1932. This was the last home of the couple along with their daughter, Scottie, as a family.

Subsidized into apartments when the Fitzgeralds moved out in 1932, the residence was purchased by the McPhillips and donated to the Scott and Zelda Fitzgerald Museum thus keeping this jewel vibrant in Old Cloverdale. Today visitors across the world are welcomed with hospitality to visit and stay in the two Airbnb suites on the museum’s second floor. Proceeds from tonight’s event benefit the upkeep of the historic museum and promotion of literary tours, as The Fitz is part of the Southern Literary Trail celebrating writers from Alabama, Mississippi, and Georgia.

Other board members include Meg Lewis, M.J. Kirkland, Brian Mann and Amelia Strickland, the board’s treasurer. Honorary board members are Bobbie Lanaham, Cecelia Ross, and Shawn Sudia-Skehan. Leslie McPhillips, along with her husband, Julian McPhillips, serve as co founders of the museum. Julian serves as chairman of the board. The McPhillips were friends of Scottie Fitzgerald. Having purchased the site in 1986, the couple collected artifacts for two years and opened the doors to the world in 1989.

Enjoying the evening were Christa Jennings and Lydia Waters who proclaimed the night a success as first-time guests. Alyssa Hawkins and Kendra Griggs enjoyed the fun while Melissa and Scott Bowman kicked up their heels dancing the Charleston.

Celebrating the 30th anniversary as the clouds disappeared over the tents and the music played into the night, “A Night At the Fair” gala touched the pulse of the Jazz Age in a fitting tribute to Scott and Zelda Fitzgerald and sparked a lasting memory for all who were a part of it.