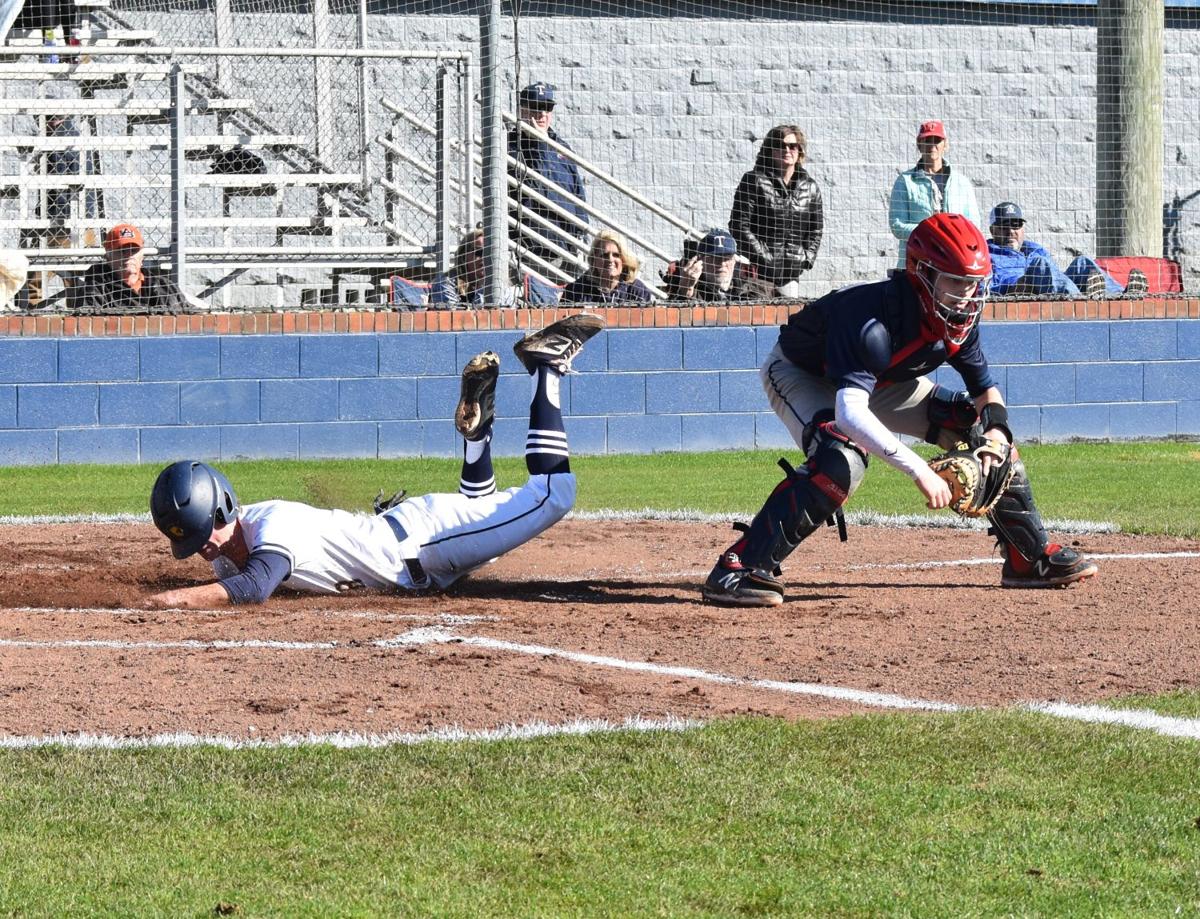 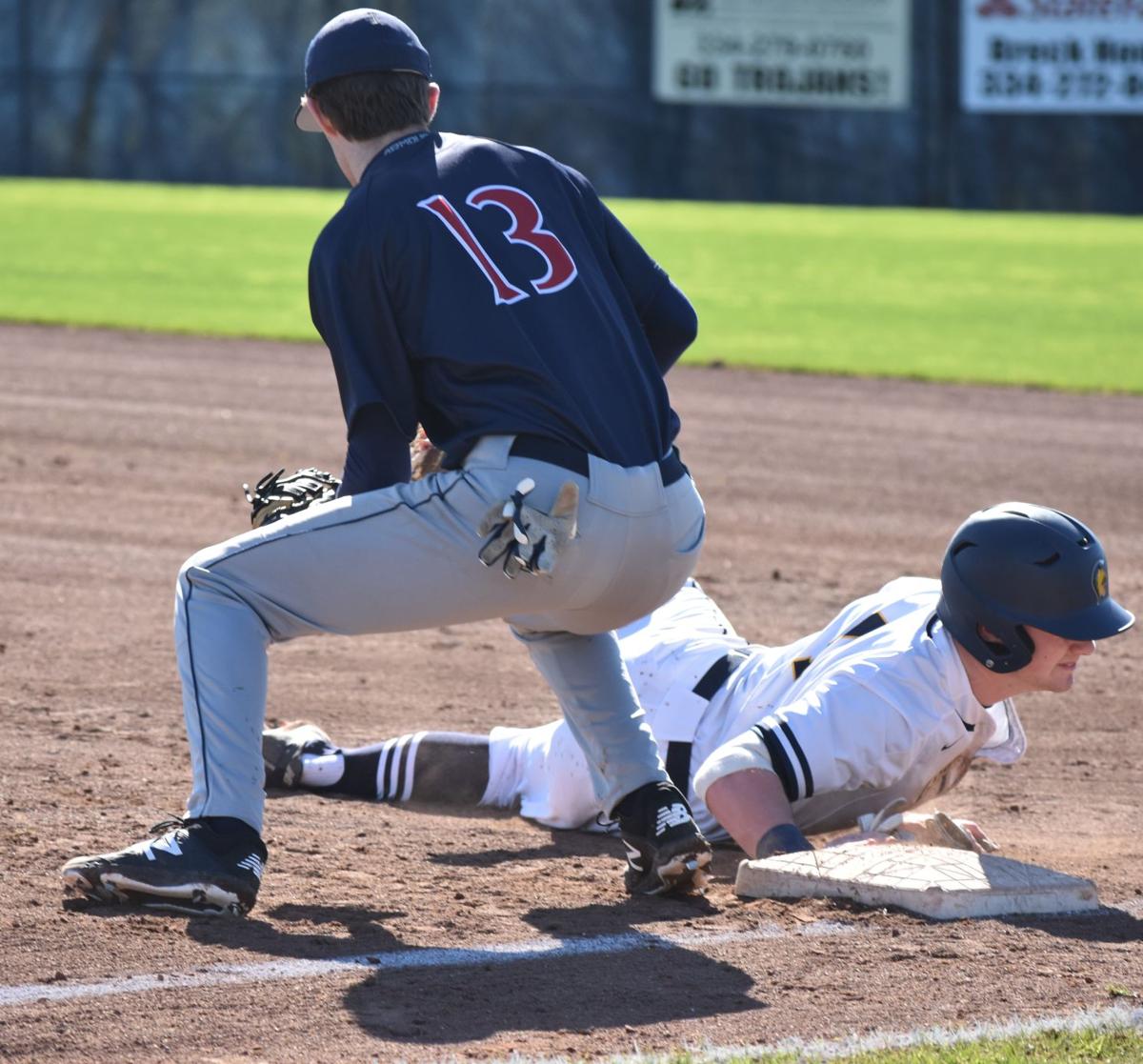 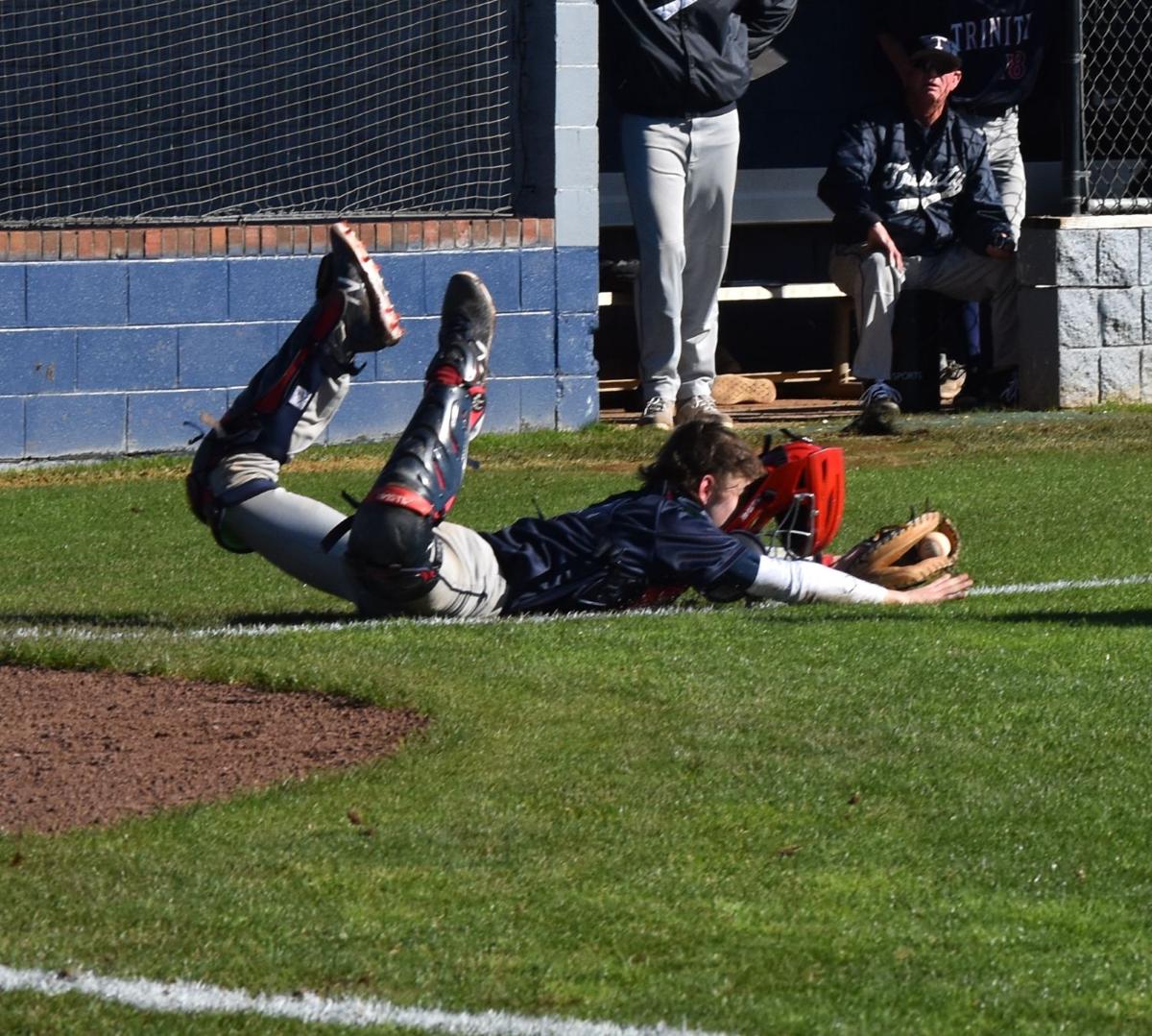 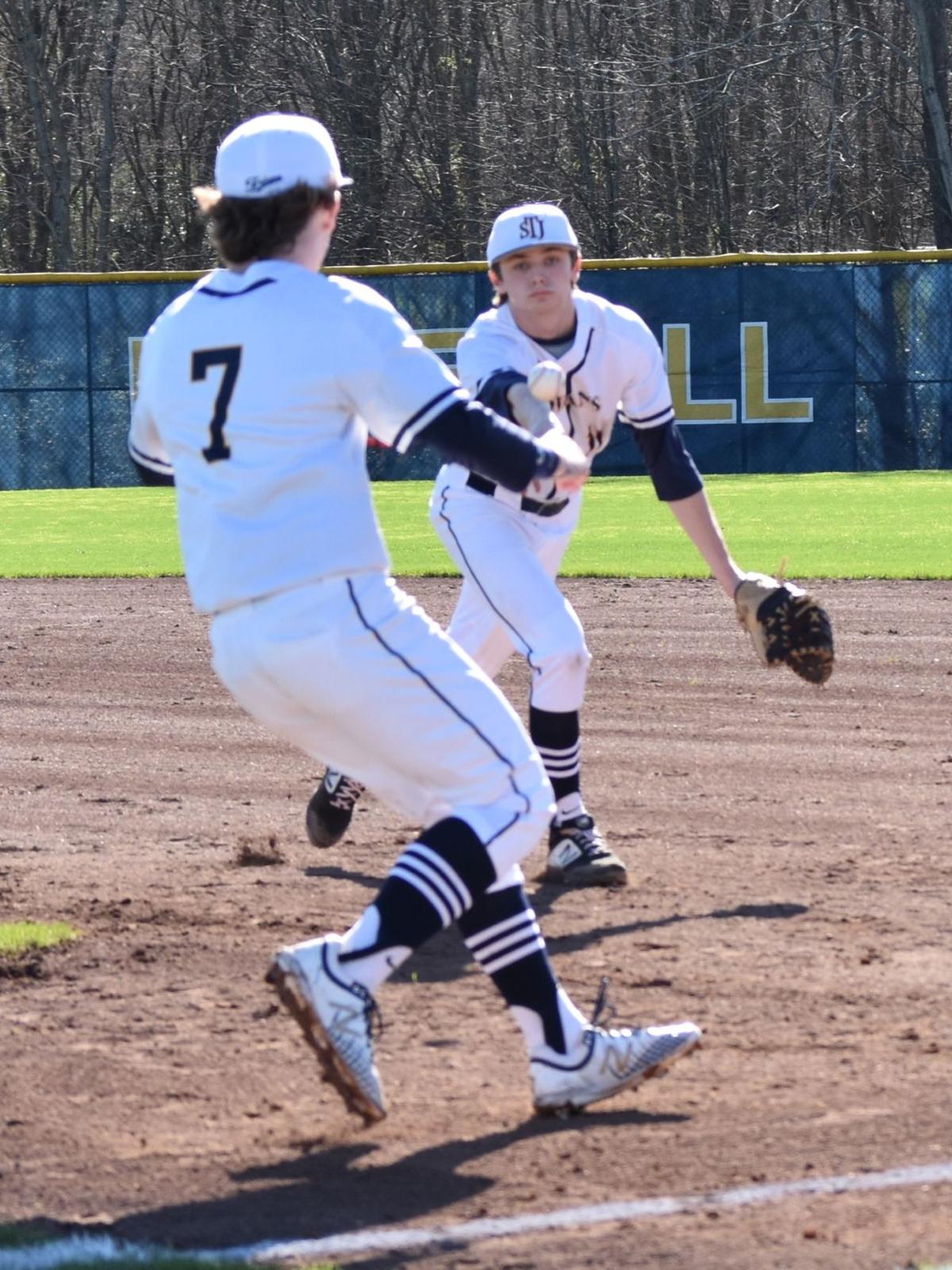 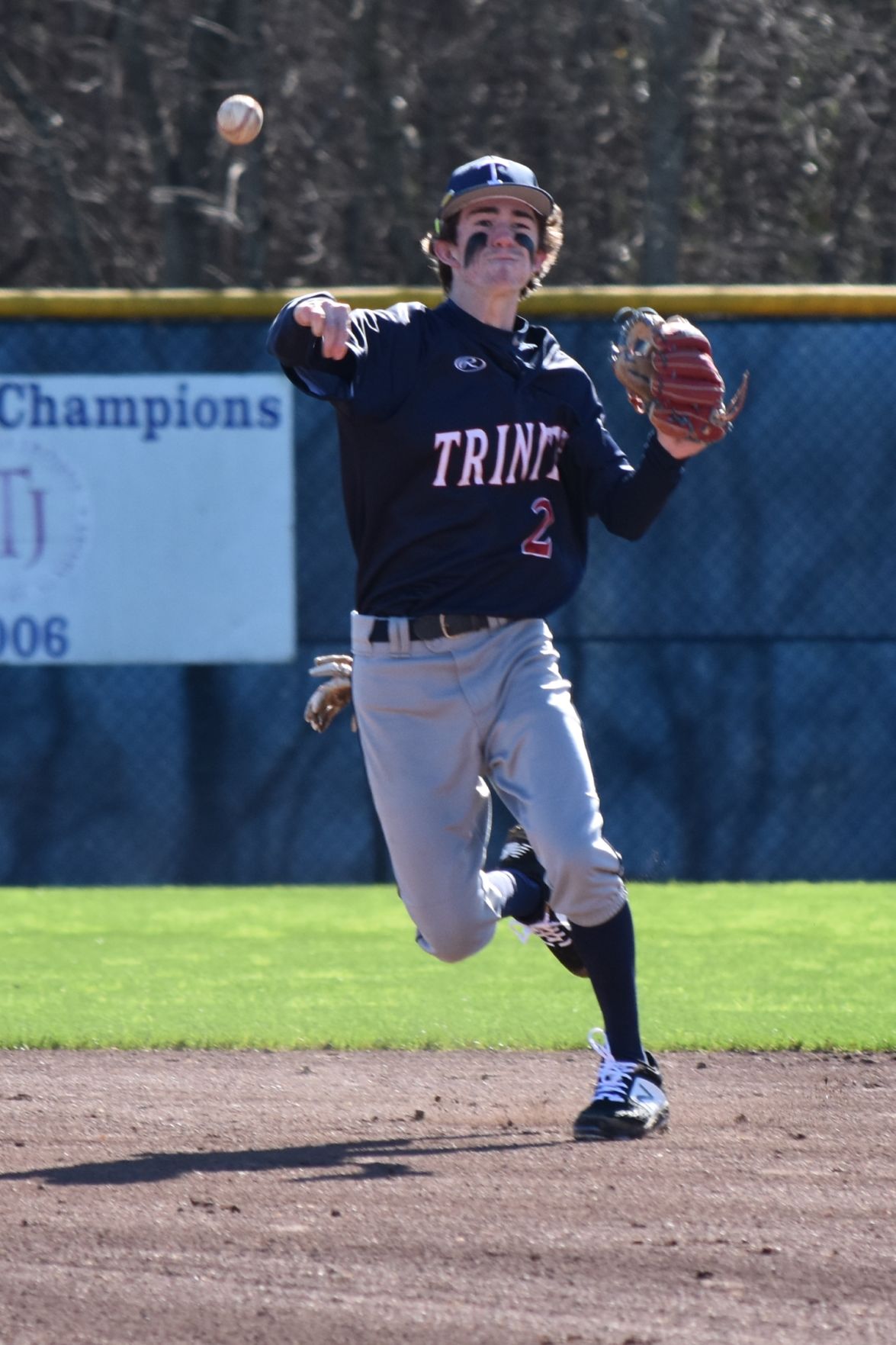 Trinity's Carter Clark throws out a runner at first base

Trinity's Carter Clark throws out a runner at first base

Perhaps the best high school baseball rivalry in the area was renewed Friday as Saint James (3A) hosted Trinity (4A). The Wildcats fell behind early but came back to take the game 6-3. The Trojans scored a pair of unearned runs in the bottom of the second inning but eventually fell victim to their own mistakes for the balance of the afternoon.

“Overall I’m happy with the way we played. We only gave up one earned run the first game of the season. And you got to consider it was a good effort since we have had so little practice time with all the rain,” Trinity coach Ken Whittle said.

Coleman Ellis started for the Wildcats and was the winning pitcher, striking out five batters.

Will Aaron had a single and double for the Wildcats. Trinity managed five hits total. Trojans pitching helped the Wildcats a great deal by hitting three batters and issuing three base on balls.

Saint James ace Carson Howard went three innings, did not surrender an earned run, gave up only one hit and struck out five batters.

“You can’t expect a great deal since we really haven’t practiced much. It’s the first day of the season. We could have played better but we just move on and try to get plenty of practice in between the games on the schedule,” Saint James coach Keith Lucky said.

Saint James will play Jemison on the road Monday and will go to Trinity next Thursday for a rematch with the Wildcats. Trinity will face Luverne and Brew Tech before hosting the Trojans again.