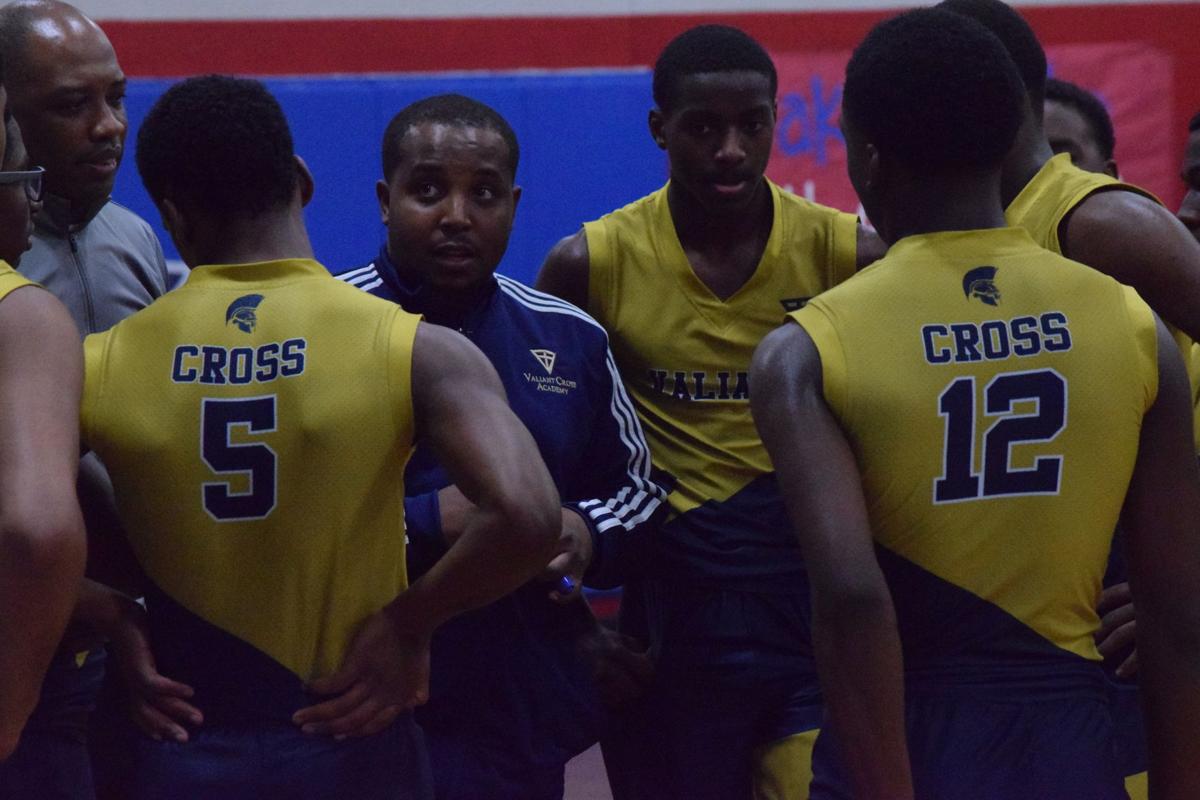 Valiant Cross Academy coach Brandon Holmes is patient as he guides his team through its first season of varsity basketball. 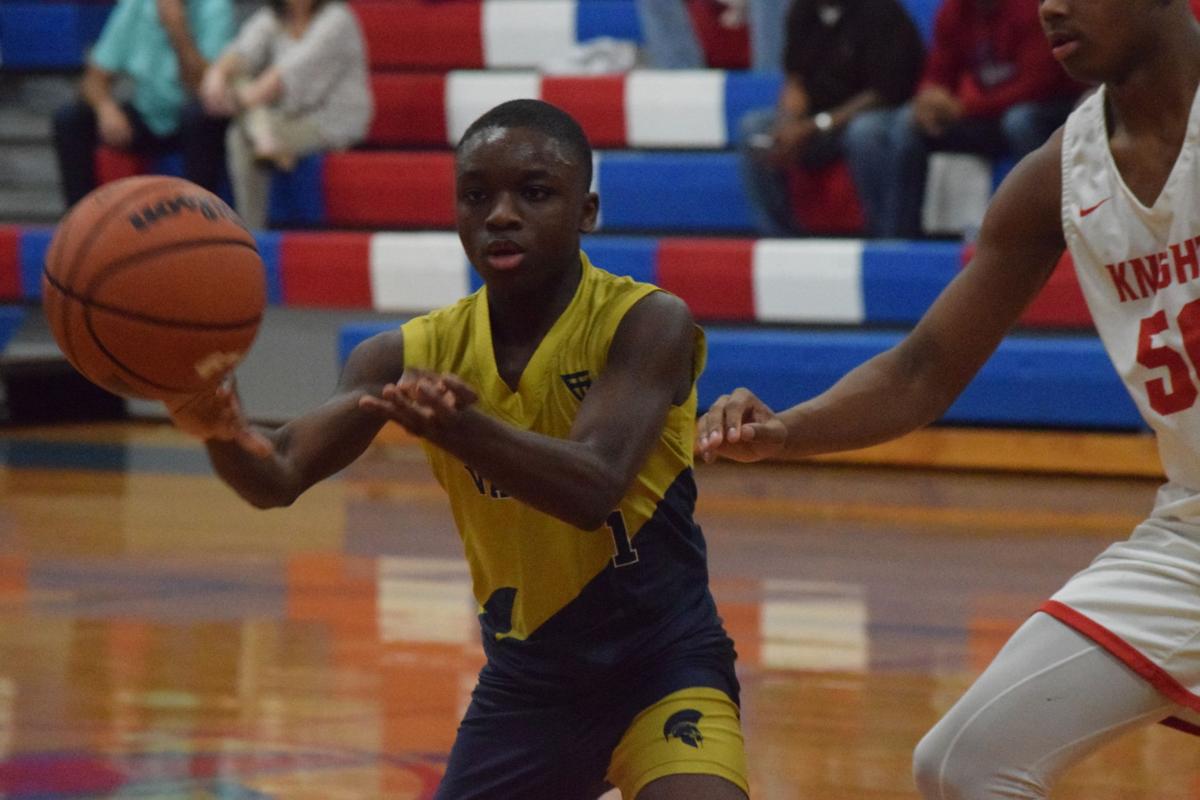 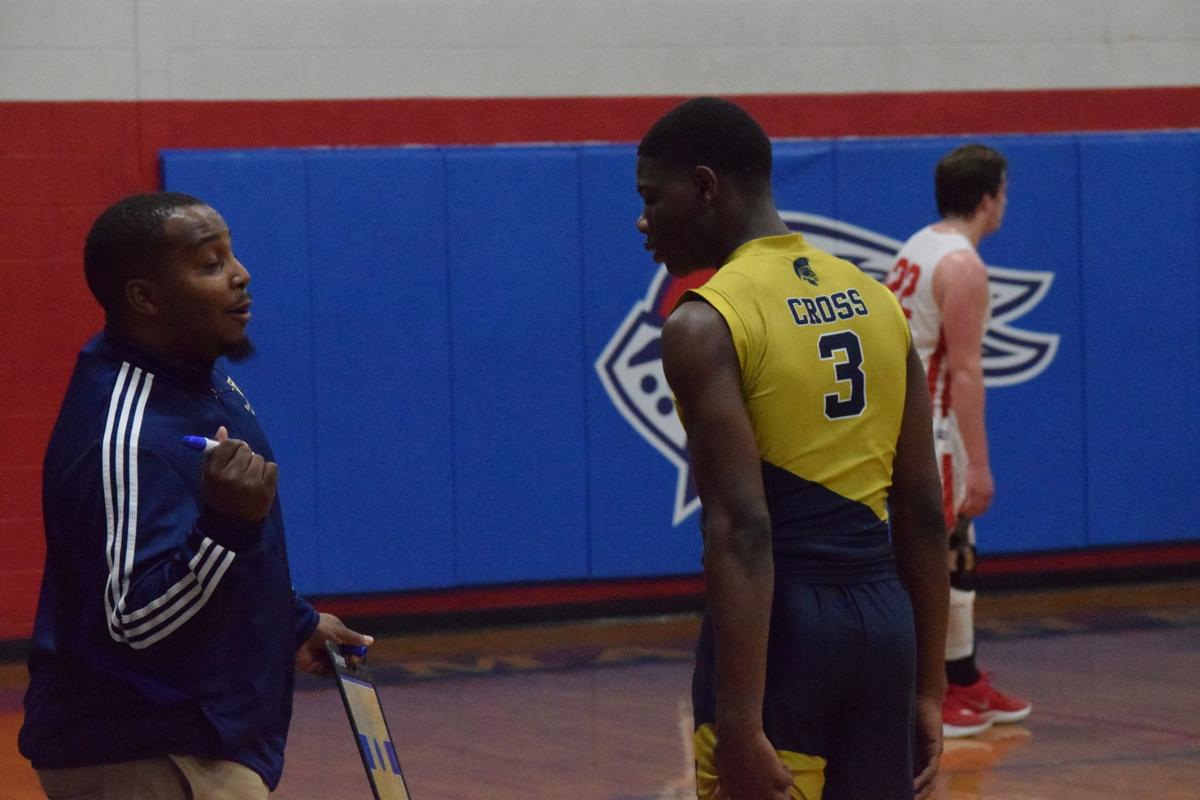 Holmes has a quick word with sophomore Antavious Jackson. 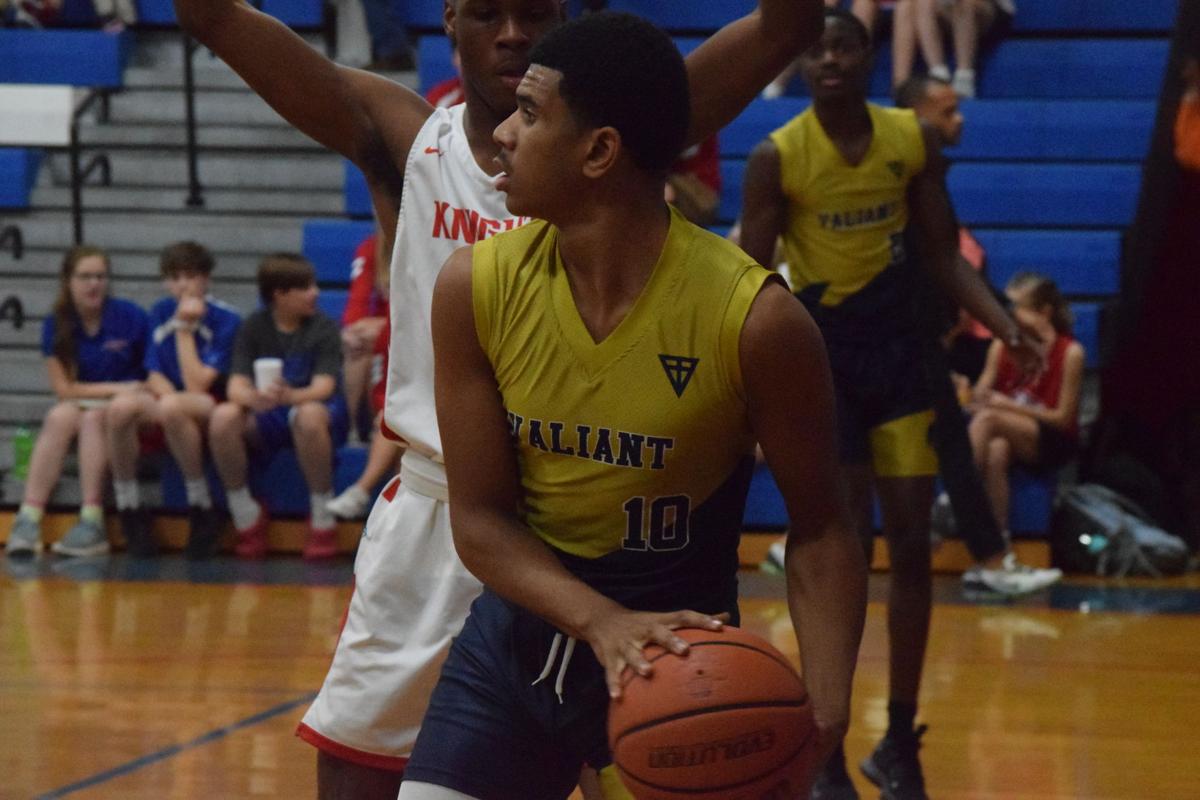 Sophomore Keilan Eagle provides much of the inside scoring for Valiant Cross.

Valiant Cross Academy coach Brandon Holmes is patient as he guides his team through its first season of varsity basketball.

Holmes has a quick word with sophomore Antavious Jackson.

Sophomore Keilan Eagle provides much of the inside scoring for Valiant Cross.

The passes aren’t as crisp as most you’ll see in high school, often resulting in turnovers. Occasionally, there are passes to no one and blocking out for rebounds is an art they haven’t mastered yet.

Welcome to Valiant Cross Academy, where learning on the fly is a daily requirement.

The school in downtown Montgomery, the brainchild of brothers Anthony and Fred Brock, is slowly adding an additional grade with each passing year and slowly getting into athletics, which means the underclassmen currently taking the court are taking their lumps.

“It’s helping them understand the bigger picture,” said Valiant Cross basketball coach Brandon Holmes. “Every time we get the privilege to come out and play the game that we love, I’m satisfied. The main thing is instilling the five things that we live upon – character, integrity, help sharpen those tools that help them further in life and understand that it’s not just about wins and losses on the basketball court.”

At a recent game against Macon East Academy, Holmes never raised his voice and never showed his frustration despite a team that recorded just four field goals in the entire game and none in the second half in a 51-18 loss to the Knights.

“I actually coached him at AUM along with coach (Larry) Chapman,” Macon East coach Lincoln Glass said. “He understands the game of basketball. He’s probably one of the great young minds of basketball in this city. What he does with those guys, he builds them up in more than just basketball, he helps them in life. And if you show the kids you care about them, they’ll leave everything out there on the court.”

It certainly has to be frustrating when many of his players – his roster includes one eighth grader, six freshmen and five sophomores – are better suited for junior varsity where they can develop chemistry and teamwork instead of facing the best teams in the Alabama Independent School Association.

“I try to be an example for them,” Holmes said. “It’s definitely a marathon so you’ve got to have patience and persistence to push through it.”

The school has no gym – in fact, no athletic facilities of any kind – so practice can produce a different kind of challenge. At the beginning of the season, the school held its games at the Kershaw YMCA on Fairview Avenue, but “Kershaw’s league play started so that pushed us to Cleveland Avenue,” Holmes noted. Practices may be at either Kershaw or Cleveland Avenue YMCA, “whatever Y is available,” Holmes said shrugging off the obstacles his team faces every time it tries to practice or play a game.

“I think a gym is a gym, to be honest,” he said. “They come hard and compete, every opportunity they get.”

And while there have been games against Southern Prep Academy, most of the schedule includes some of the AISA’s best teams such as Autauga, Macon and Success Unlimited, leading to lopsided losses.

“It sharpens their character,” Holmes said. “It’s definitely having a righteous mind toward everything, seeing it as how can I go out and get better tonight. Can I do the small things? How can I make my teammate better? How can I not show my emotions when things don’t go my way?

“I’d say our mental toughness (is better since the beginning of the season), along with eliminating some bad habits we had starting the season off.”

When AISA officials go through their classification process in February for 2020-22, Valiant Cross likely will be classified as a AAA program for next fall as it moves from junior varsity to varsity football. This year, they became an AISA member too late for classification so the school isn’t eligible for postseason play. With losses mounting and no postseason reward waiting, Holmes has to continue to preach the little things that hopefully will pay off in the future.

“If you can buy in and accept your role now, I put that pressure on them that if you’re a junior, you should be playing as a senior, so that by the time you’re a senior you should be playing like a freshman in college,” Holmes said. “If they keep that mentality, connect the building blocks from where we started from, I think that’ll put something together that’s real pretty.”