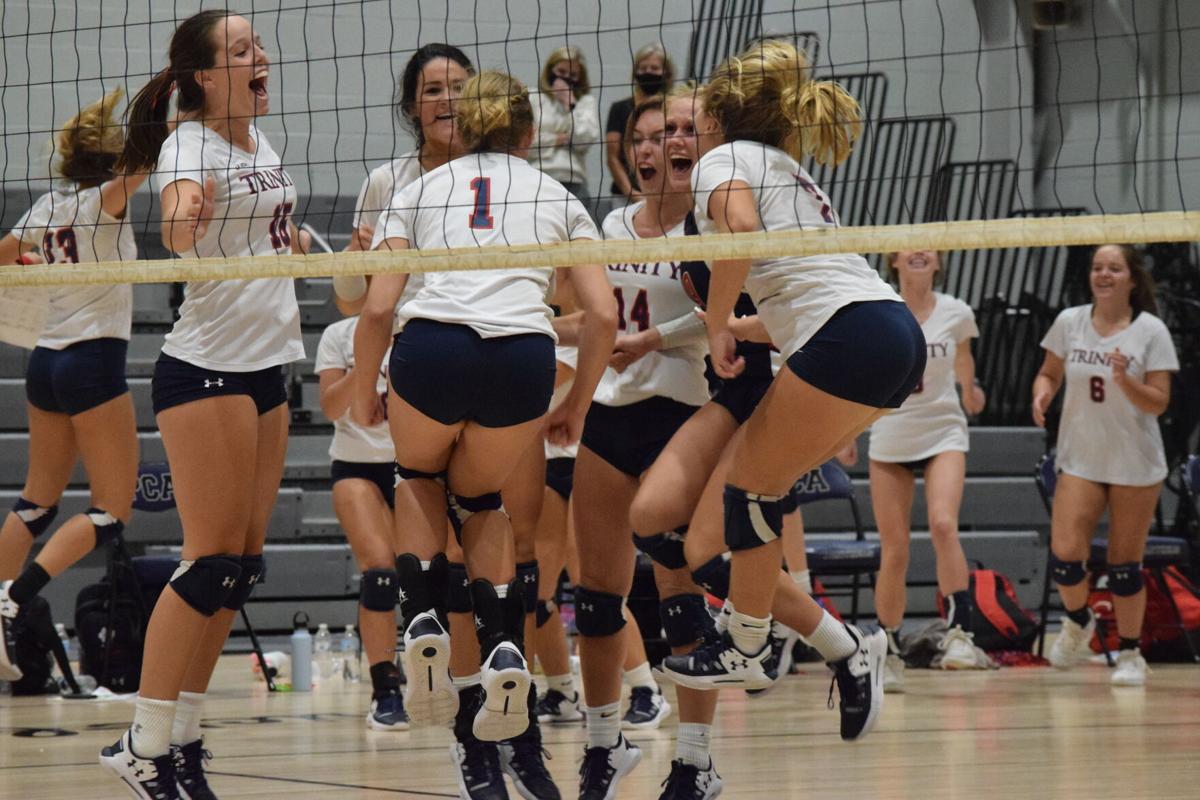 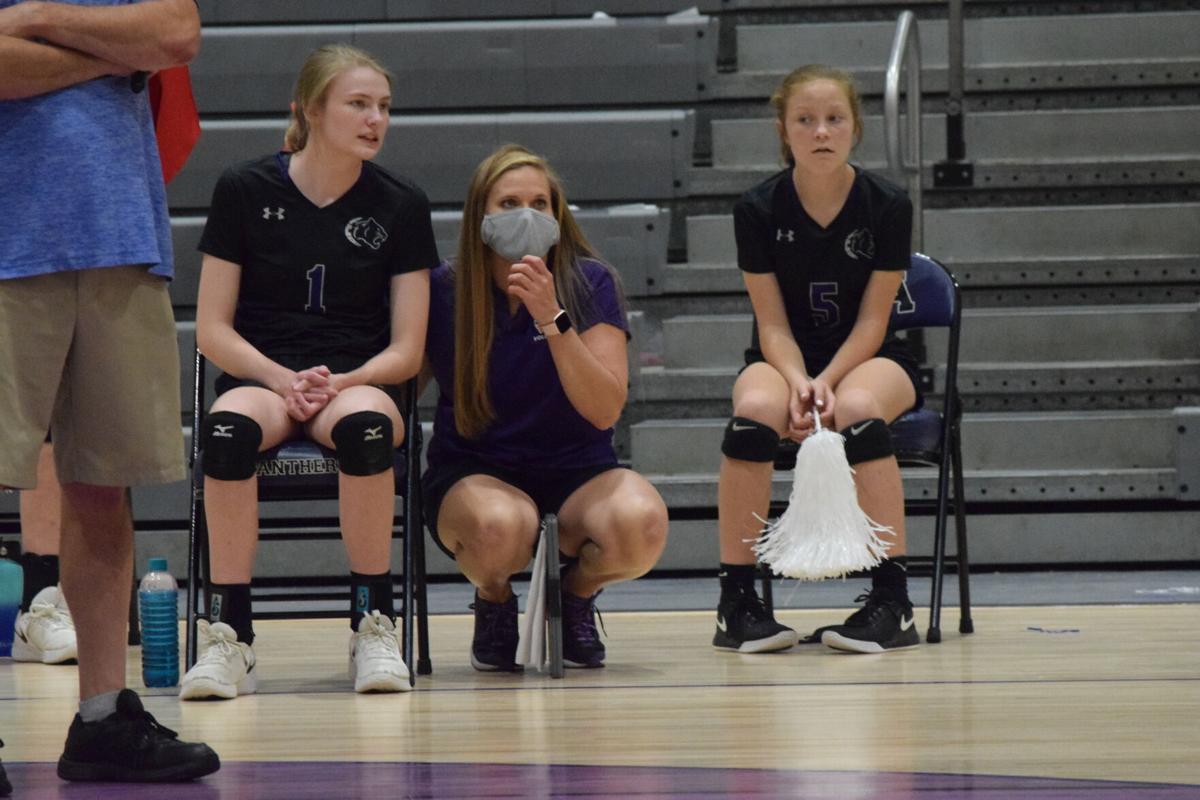 PCA coach Kaylon Cantrell talks with junior Jamie Johnson (1) just before start of third set with the Wildcats on Tuesday. 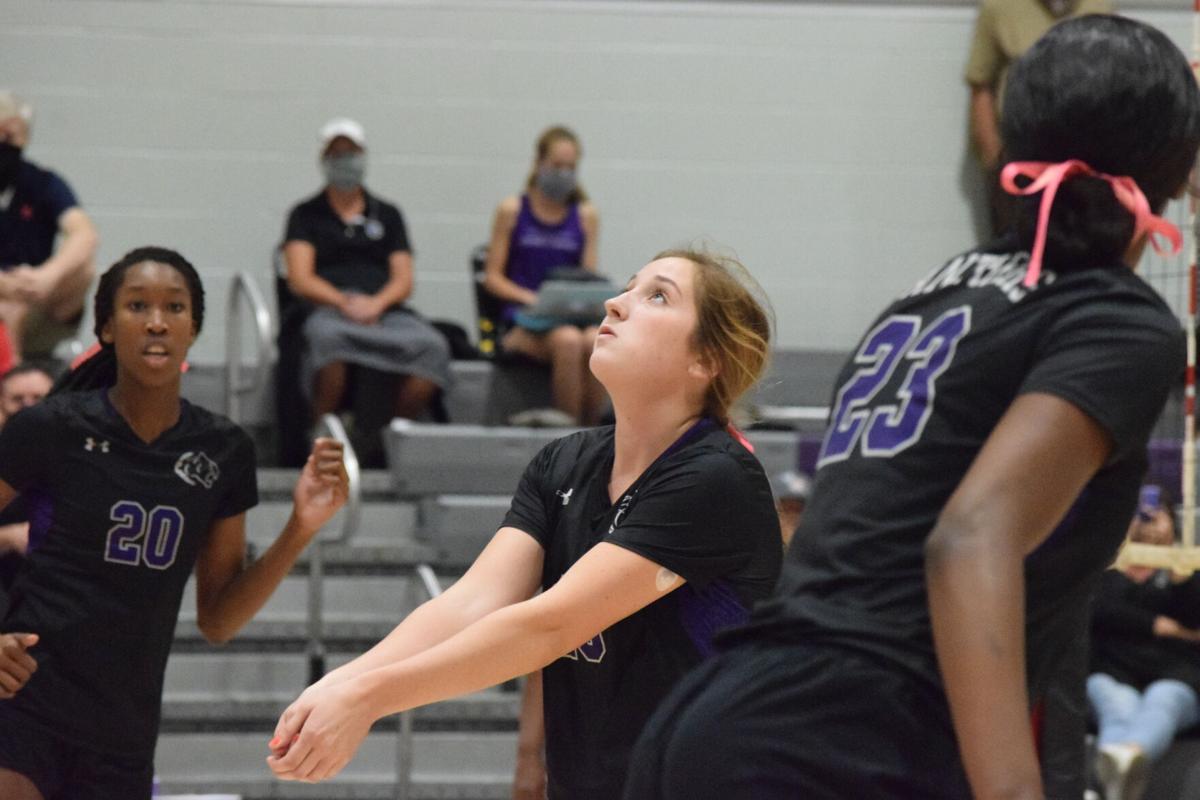 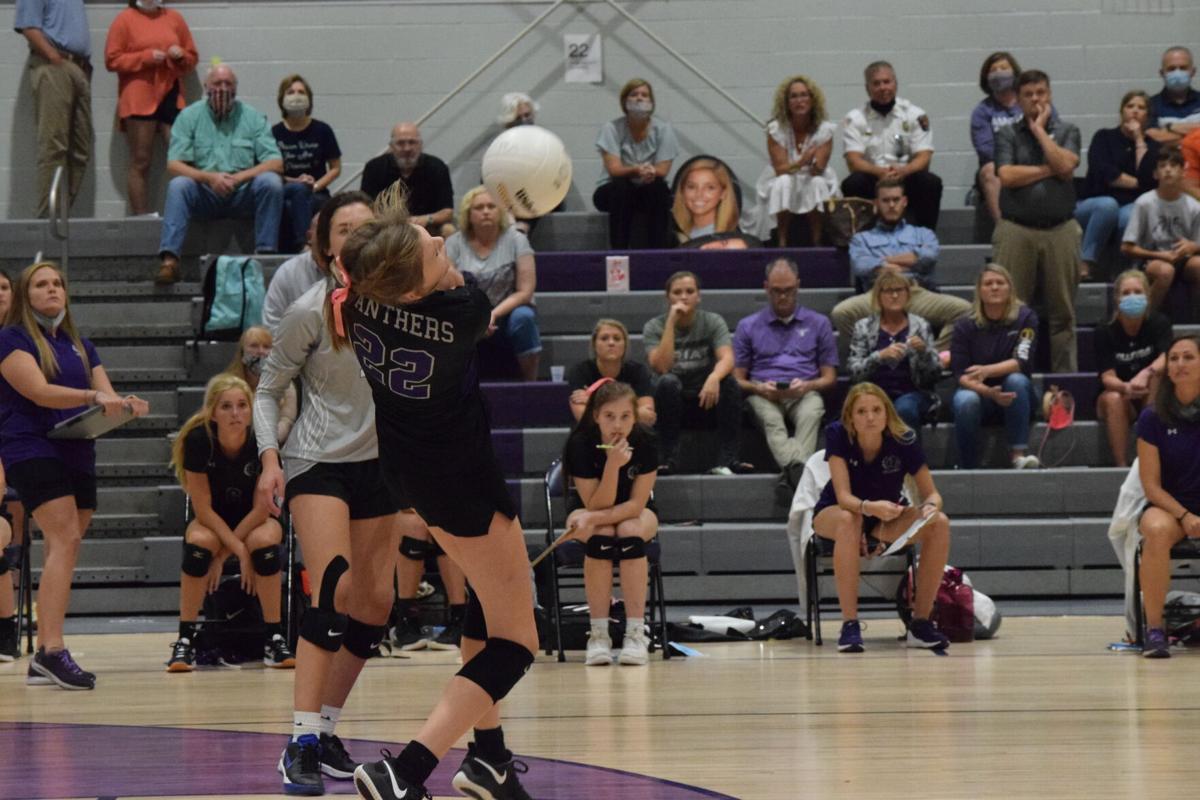 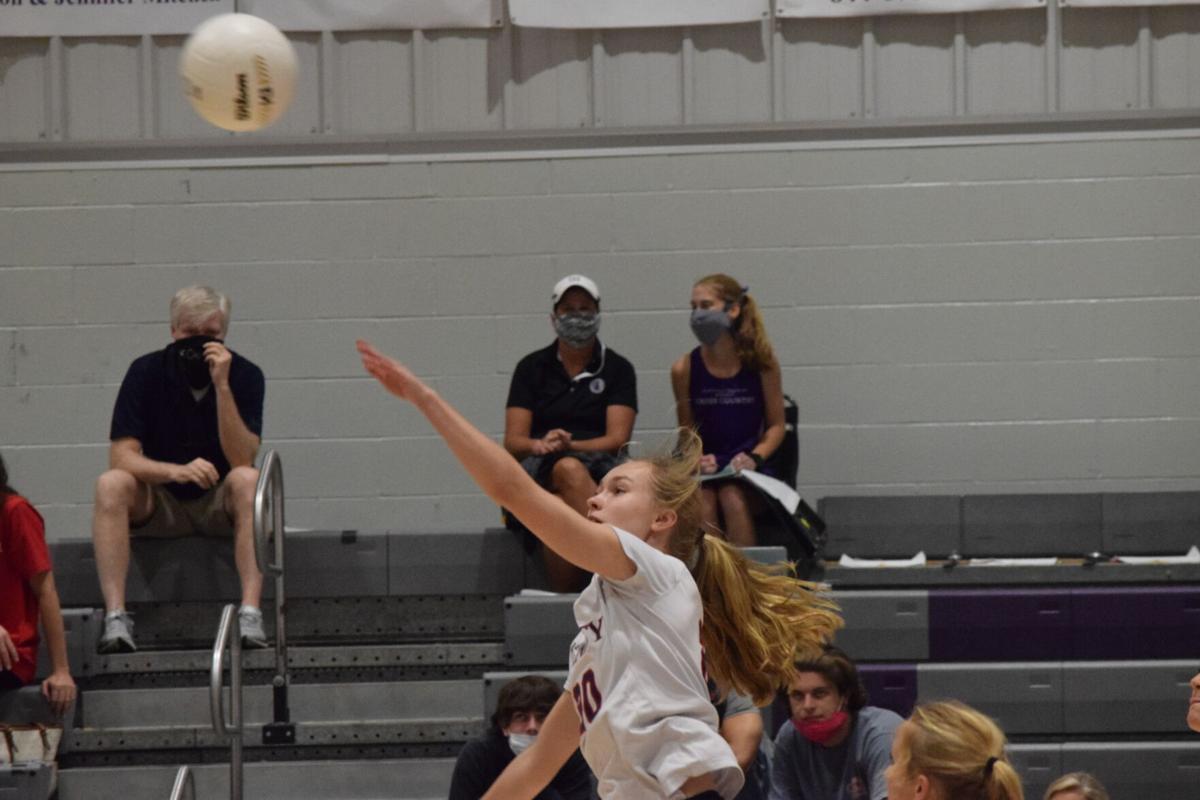 Trinity's Emma Kate Smith records one of her kills in first set of Tuesday's match. 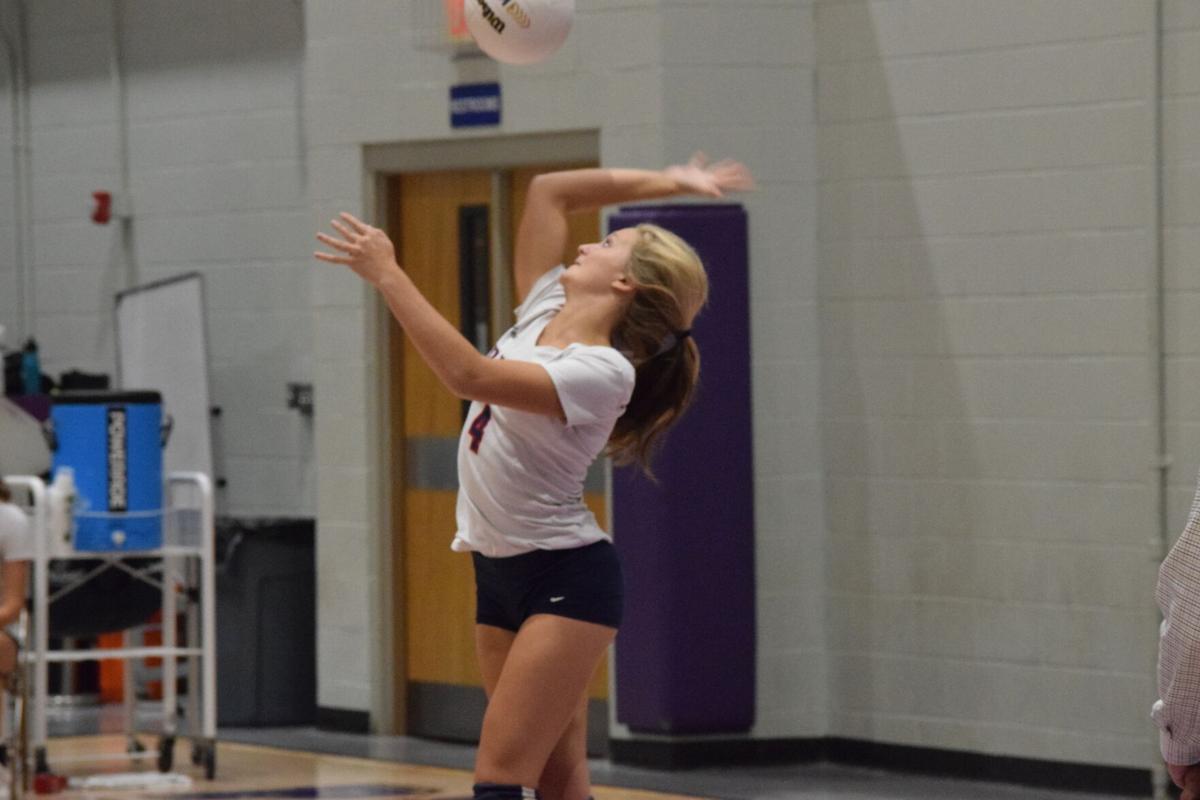 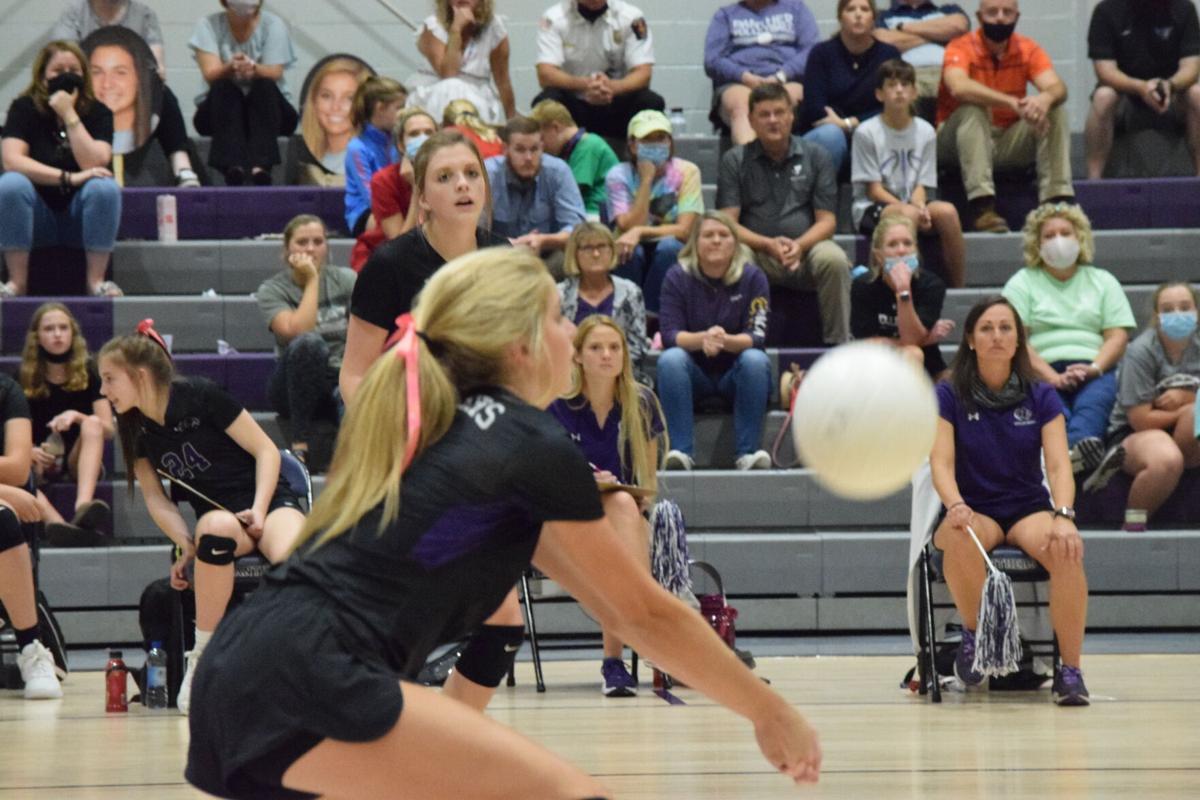 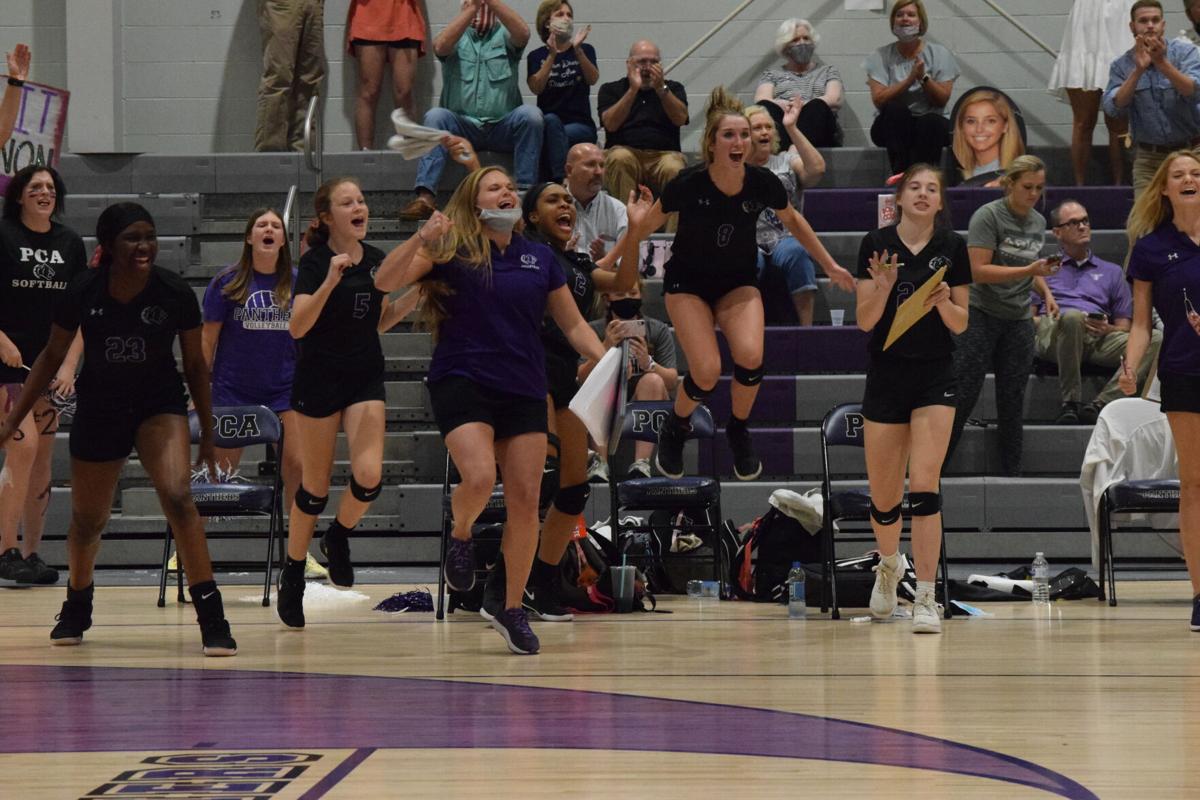 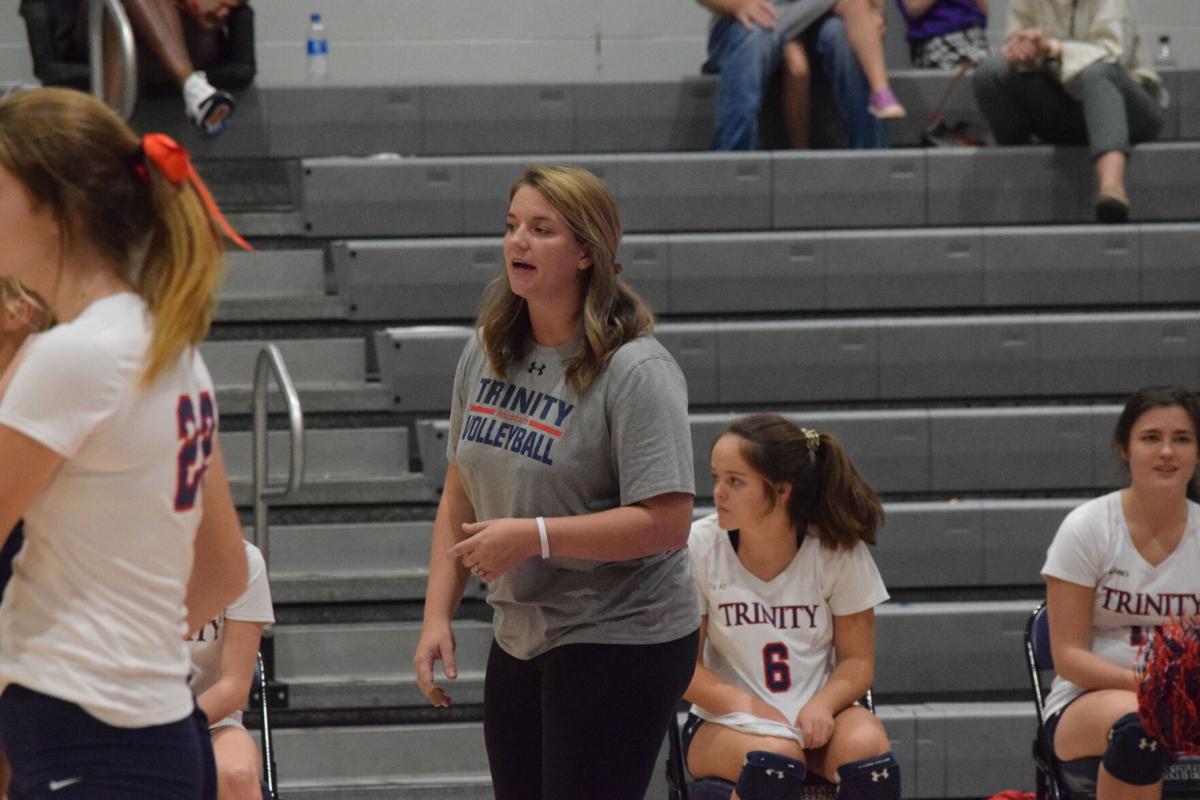 Trinity coach Sarah Dubberley talks to her team during a break in the first set.

PCA coach Kaylon Cantrell talks with junior Jamie Johnson (1) just before start of third set with the Wildcats on Tuesday.

Trinity's Emma Kate Smith records one of her kills in first set of Tuesday's match.

Trinity coach Sarah Dubberley talks to her team during a break in the first set.

PRATTVILLE – It had to feel a little strange to Prattville Christian Academy’s volleyball players.

Catholic had just battled for four sets against Trinity in the semifinals and a well-rested PCA had defeated the Knights and the Wildcats in all four regular-season meetings this season.

Whether they were complacent or lethargic, PCA found themselves on the short end of 25-23 and 25-19 scores to Trinity in the 3A Area 6 tournament championship match and were on the verge of being swept in straight sets.

PCA fought off elimination in the third set 26-24 and took the momentum with a 25-18 victory in the fourth set, only to have the Wildcats rally for a 15-9 victory in the fifth and deciding set in the PCA gym on Tuesday night.

“We just didn’t come out playing our best game in the first couple of sets,” PCA coach Kaylon Cantrell said. “We knew in the third set it was all or nothing, so I think it gave them a little drive to come out and push. It would’ve been better to come out in the first set doing that, but I’ll take it. We did have to fight back, but I’ll give it to our girls. They did not quit.”

After three hotly contested sets, the momentum seemed to swing to the Panthers as the Wildcats, now competing in their eight set of the afternoon, had a flurry of unforced errors and suddenly had trouble getting the ball over the net.

“I think it was definitely fatigue setting in,” Dubberley said. “We had to play Catholic first. I think it was fatigue and I think the girls got a little too comfortable when we went up two sets.”

Whatever the case, it crept into the fifth set as well as a highly determined PCA squad captured the first points of the fifth set and seemed to have a commanding 8-4 lead. Suddenly, it was PCA who lost its rhythm as Trinity reeled off 11 of the final 12 points in the match to win the tournament title.

“Mary Elizabeth (Hill) went back to serve and she’s a middle and a lot of times you’re thinking a middle is serving and the libero is out, you hope the ball doesn’t come to her on defense,” Dubberley said. “But the ball didn’t have an option to come to her because she was serving rockets and got us back in the game. It was really awesome.”

PCA, which had emotionally charged back into the contest with momentum-changing wins in the third and fourth sets suddenly lost its poise after taking the early lead in the fifth set.

Trinity (16-8) will play host to Goshen in the sub-regional round on Saturday in the Trinity gym. The winner will face the winner of the Beulah-Cottage Hill match in the regionals the following Thursday at Garrett Coliseum.

“I think it’s awesome it’s at our place,” Dubberley said of the new format. “The biggest thing about tonight is in the second round, the loser of this (area tournament) game will be matched up with St. Luke’s, so it was really big for us to not be matched up there. To me, that was the best part about the win tonight.”

Leading the way for the Wildcats were Jackie Miller with 39 digs, Addison Cherry with 42 assists, Mary Elizabeth Hill with 13 kills and Reese Patterson and Emma Kate Smith with 11 kills each.

Prattville Christian (32-8) will travel to Opp in the sub-regional round on Saturday. The winner will face the winner of the St. Luke’s Episcopal-Dadeville match in the regionals the following Thursday at Garrett Coliseum.

“It’s unfortunate,” Cantrell said. “Obviously, we would love to be hosting. We’re going to go wherever we have to go and hopefully win that one and keep on playing. It’s not an easy road from here, for either of the teams.”

And while the Panthers are disappointed in the loss, the 32 wins represent a school record against the toughest schedule in program history.

“This is one game, it doesn’t dictate your entire season,” Cantrell said. “We’ve had a really tough schedule and have beaten teams that are bigger than us, 7A schools, so we’ve had the best season since I’ve been here and that’s a big accomplishment. Just hosting the area tournament was a big accomplishment. We had never gotten to do that.”

In addition, Coco Thomas had four kills, three digs and three blocks, Sally Swindall had three kills and a block, Dasha Dillard had five kills, a block and a dig and Sydney Jorgensen had a kill and eight digs.

Cherry was selected as the tournament’s most valuable player and was joined on the all-tournament team by Miller and Hill, Wheeler and McAnnally and Catholic’s Harper Howell.

Jackie Miller had 28 digs for Trinity, while Mary Elizabeth Hill and Reese Patterson each had 11 kills. Addison Cherry had 38 assists in the semifinals.

All games are scheduled for Saturday

All winners advance to regionals at Garrett Coliseum