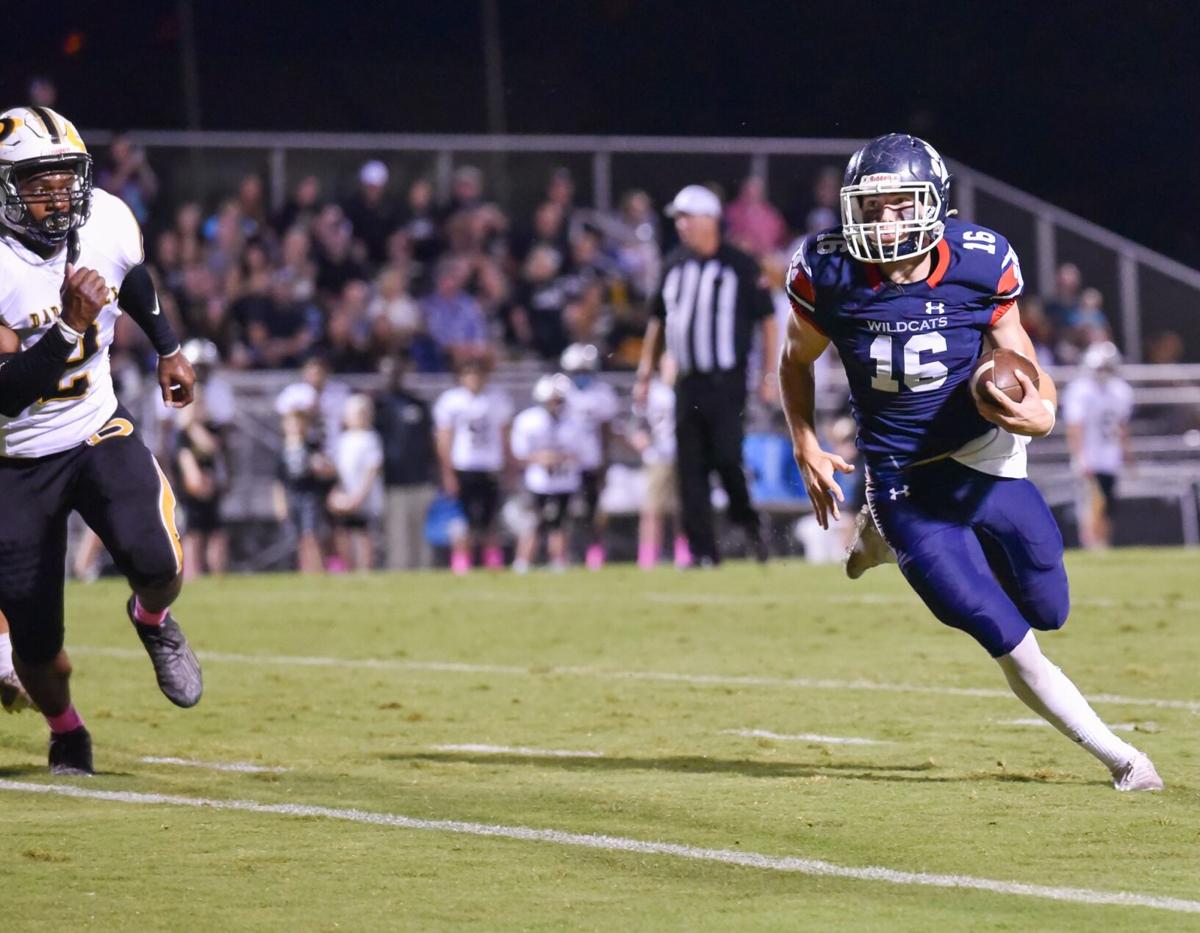 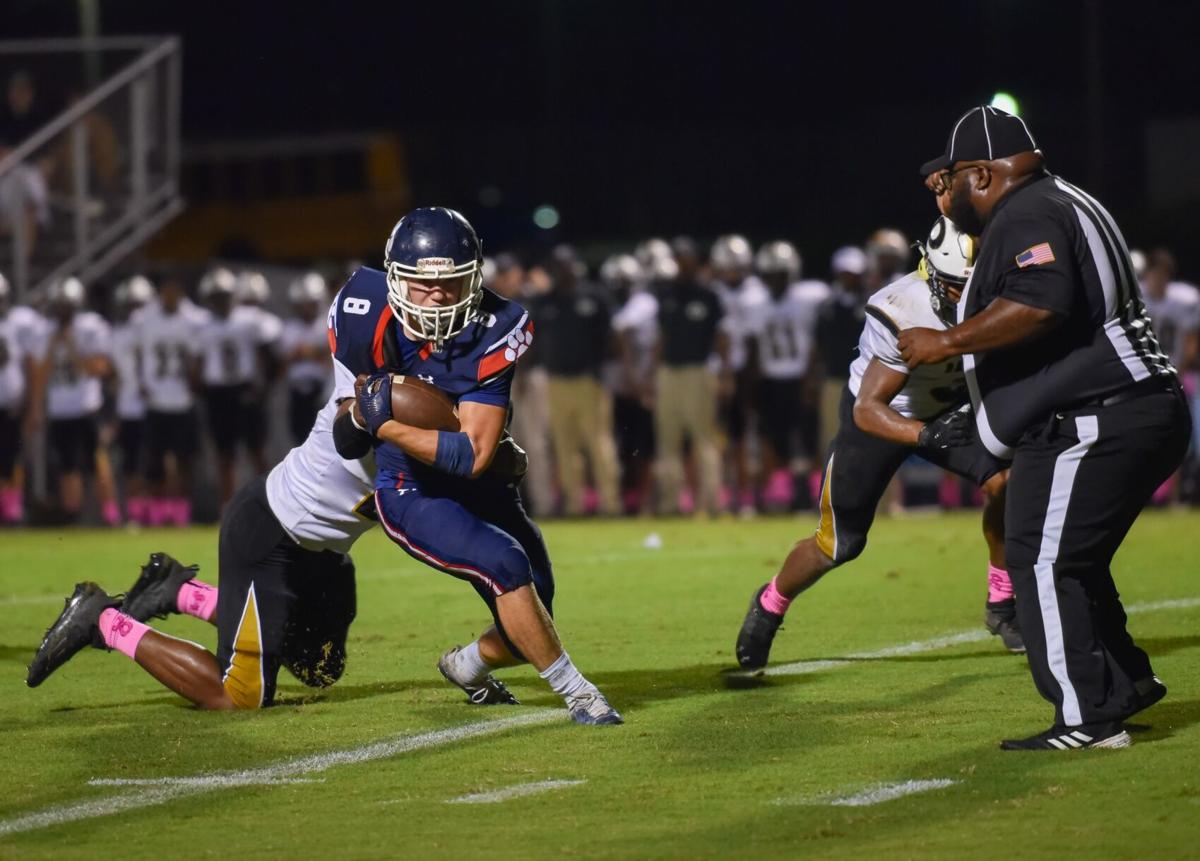 Trinity tailback Chase Letner rushed for 76 yards and a pair of touchdowns on 21 carries against Dadeville. 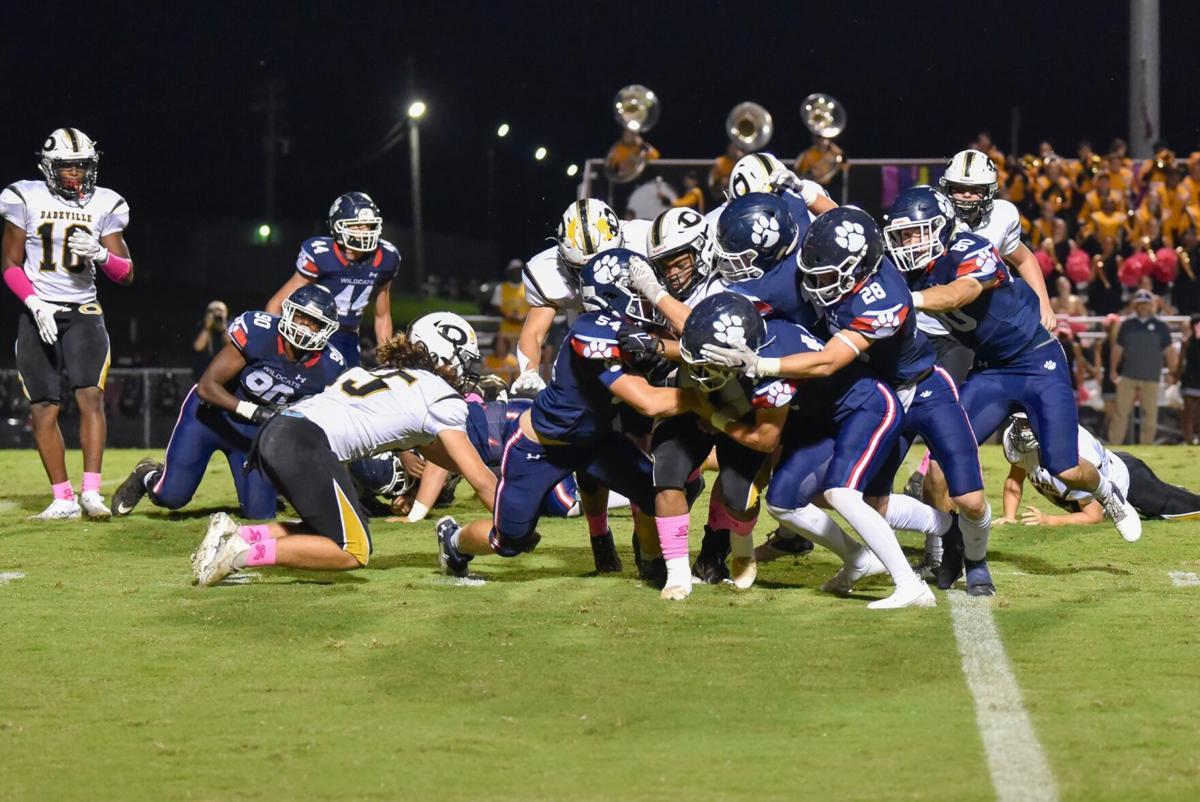 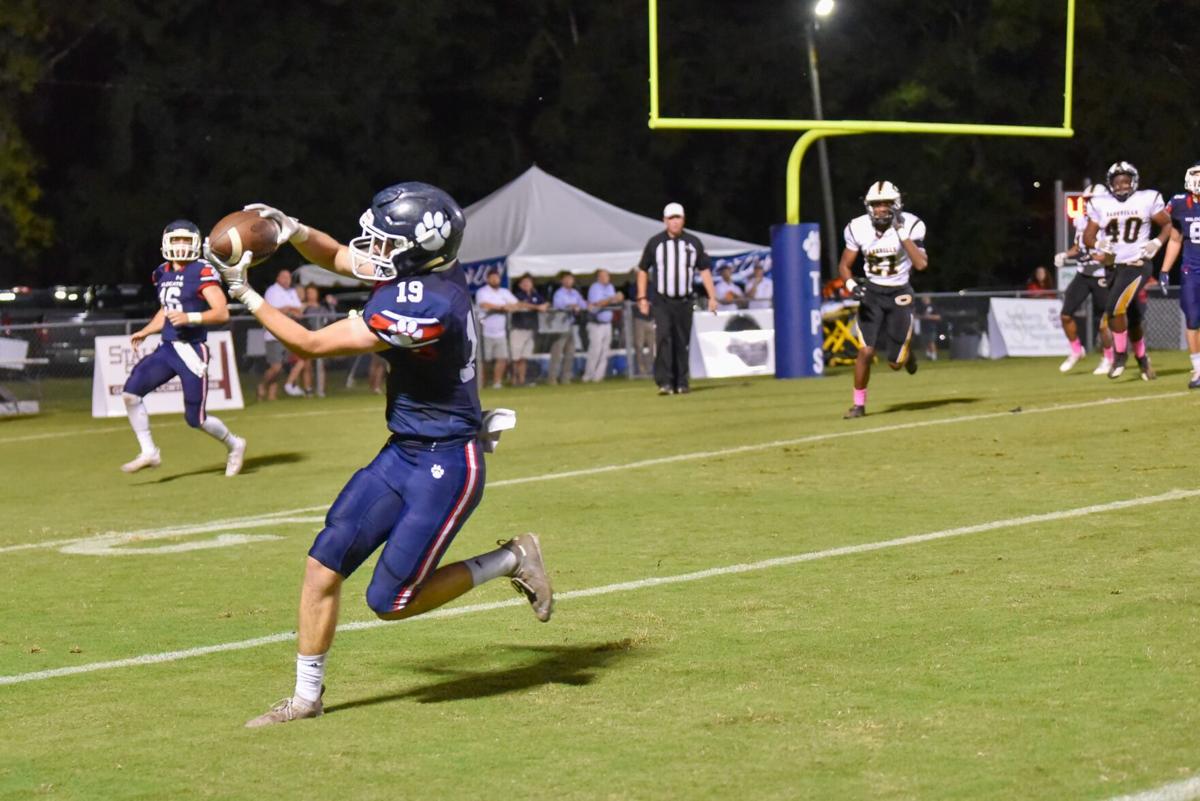 Trinity's Christopher Bryan hauls in a pass from Coleman Stanley to give the Wildcat offense some breathing room. 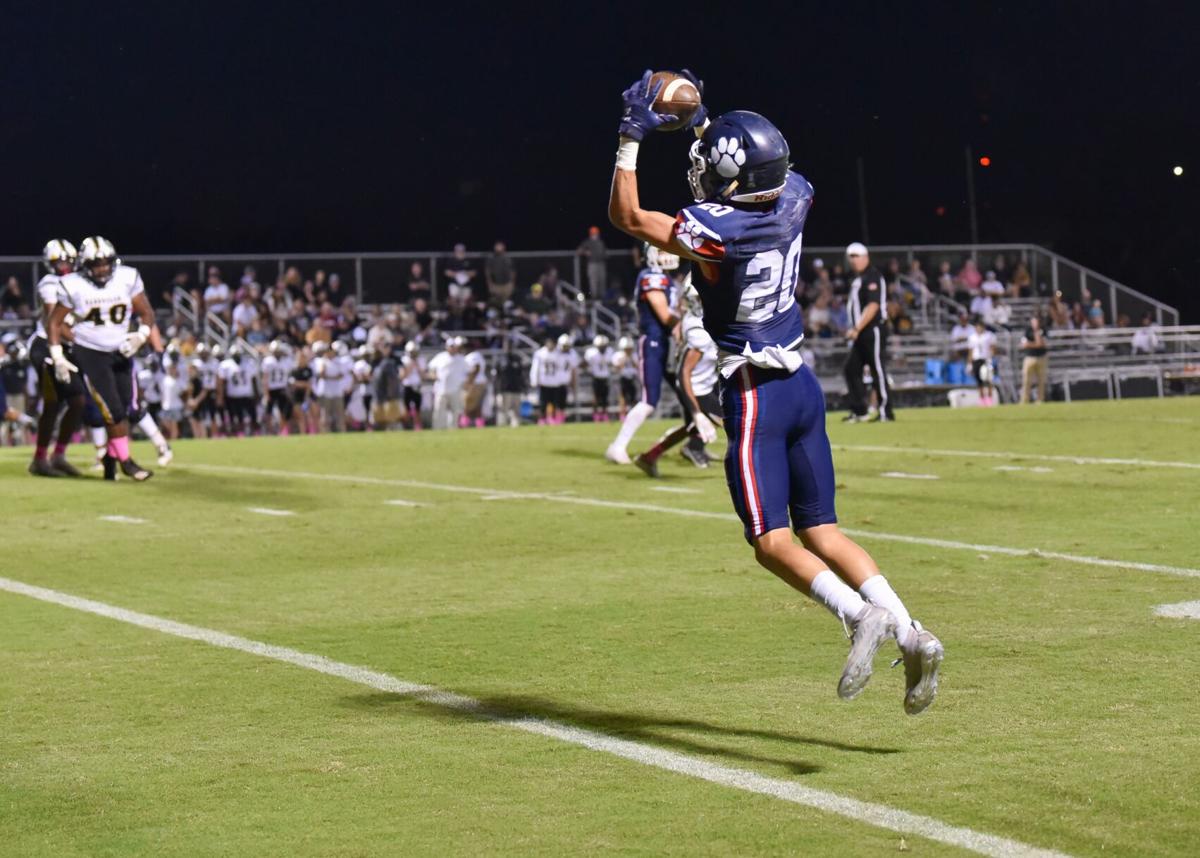 Norris Pemberton was the leading receiver for the Wildcats, pulling in four receptions for 67 yards and a touchdown. 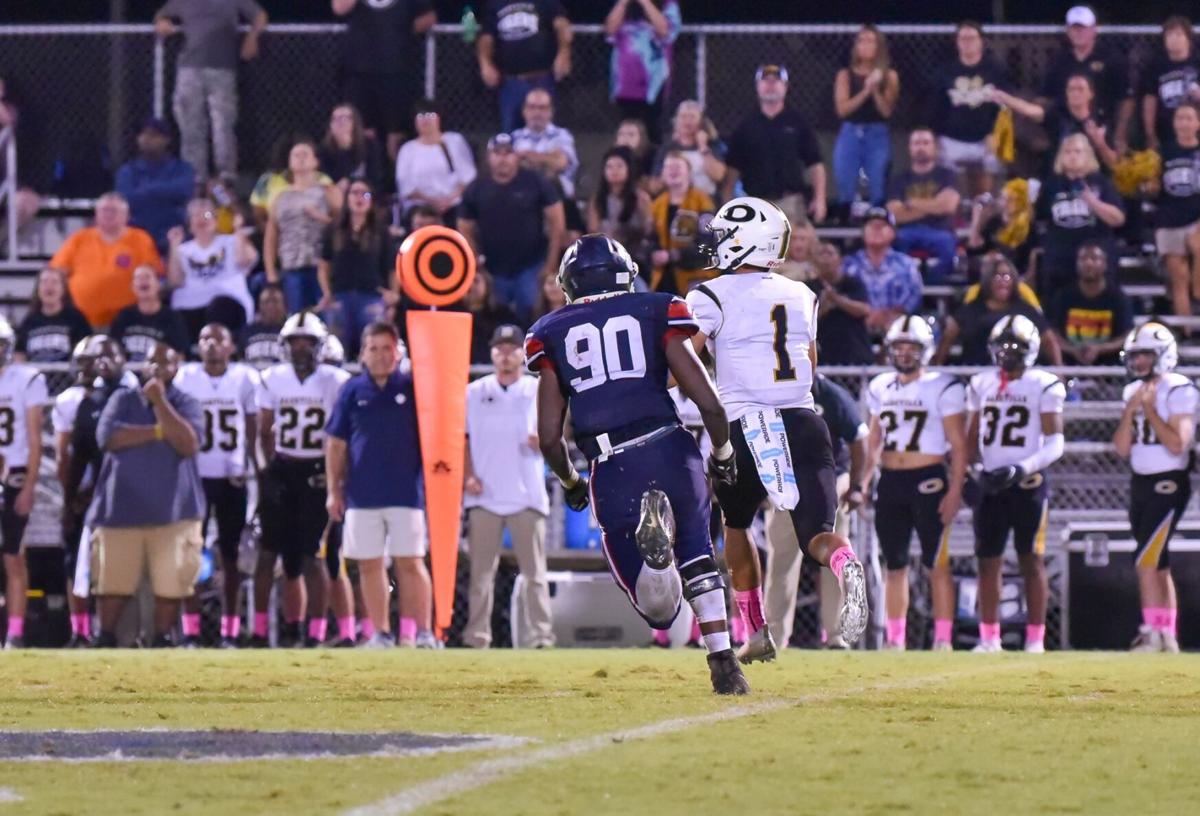 Trinity tailback Chase Letner rushed for 76 yards and a pair of touchdowns on 21 carries against Dadeville.

Trinity's Christopher Bryan hauls in a pass from Coleman Stanley to give the Wildcat offense some breathing room.

Norris Pemberton was the leading receiver for the Wildcats, pulling in four receptions for 67 yards and a touchdown.

Trinity posted its fifth shutout of the season with an impressive defensive performance in a 3A Region 4 win over Dadeville 28-0 on Friday night at Ragsdale-Boykin Field.

The Trinity defense kept the Tigers out of the red zone for the whole game except for the longest run of the night for Dadeville which was negated by a penalty. The Trinity defense also recorded three tackles for loss, four quarterback hurries and a sack.

On the offensive side of the ball, the Wildcats saw three players score touchdowns on the night.

Senior quarterback Coleman Stanley completed 12 of 18 pass attempts for 173 yards and one touchdown, while also rushing for 45 yards and a touchdown on nine carries.

“The offense did great, and when you can run the ball like we did with our five front lineman handling great blocks, it makes it easy to both run and pass the ball,” said Stanley. “Those five guys up front allowed us to do whatever we wanted, and it’s hard to stop us when they are handling those blocks like that.”

Senior running back Chase Letner had 21 carries for 76 yards and two touchdowns, while junior wide receiver Norris Pemberton caught four passes for 67 yards and a touchdown.

“We struggled early on in weeks one and two on offense, but have really come together as a team since then,” said Stanley. “We’ve been firing on all cylinders, and we’ve been able to run and pass how we want to this season since then.”

The one thing on everybody’s mind is Trinity’s matchup with the Montgomery Catholic Knights next Friday night, a game that both teams circled at the start of the season.

Both teams are 5-0 in region play entering next week’s game but Trinity has been getting less attention than the Knights. Catholic, which reached the 3A finals next year, leads the state in points allowed (1.9 per game) after posting their sixth shutout of the season on Friday, while Trinity is fifth in the state (4.8 points per game allowed) and second in 3A.

“We realize that we may not not look like a lot of these other teams,” Shook said, “but our boys play with as much heart as probably any team in the state.”

Wildcats senior lineman Ahmad Lee spoke about his team and how they may be getting overlooked.

“People do underestimate us because of who we are,” he said, “so we have to go out next week and prove that we can beat one of the best teams in the state.”