Skip to main content
You have permission to edit this article.
Edit
Home
News
Sports
A & E
Opinion
Obituaries
The Whirl
Legal Notices
School
1 of 3 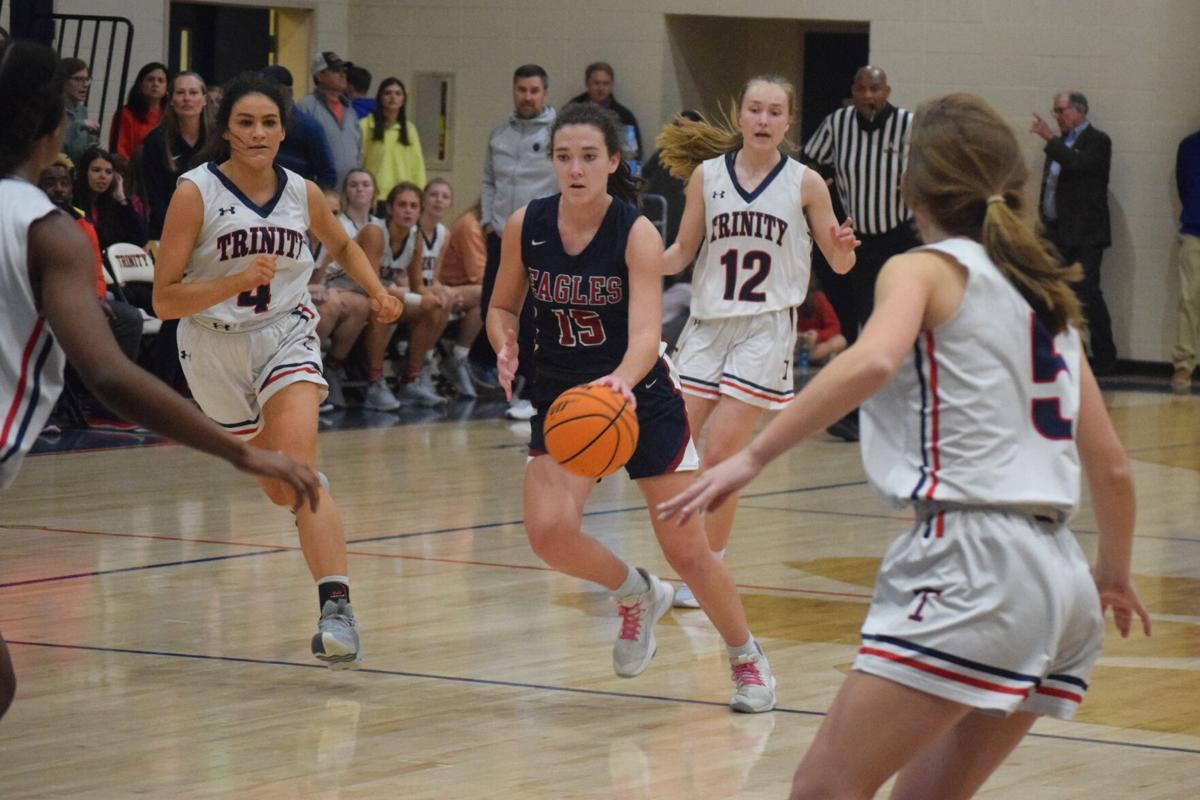 Montgomery Academy's Virginia Meacham is surrounded by a quartet of Trinity defenders. 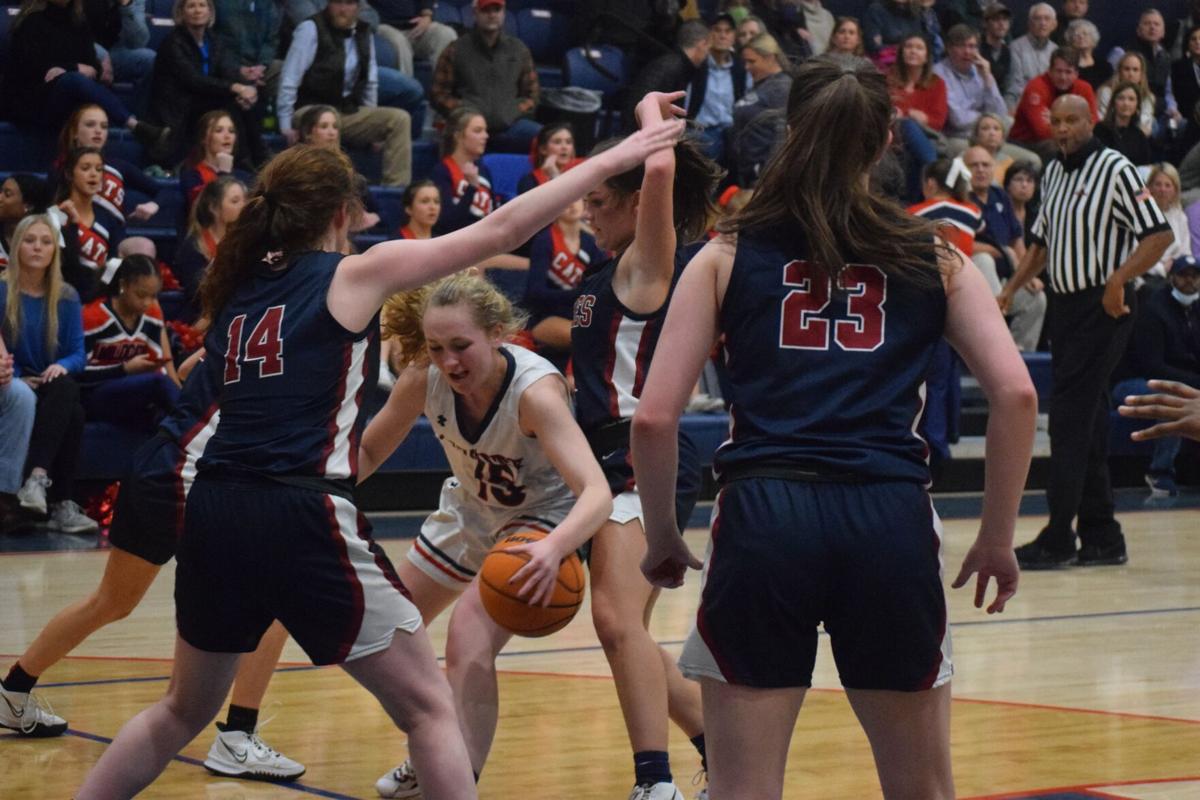 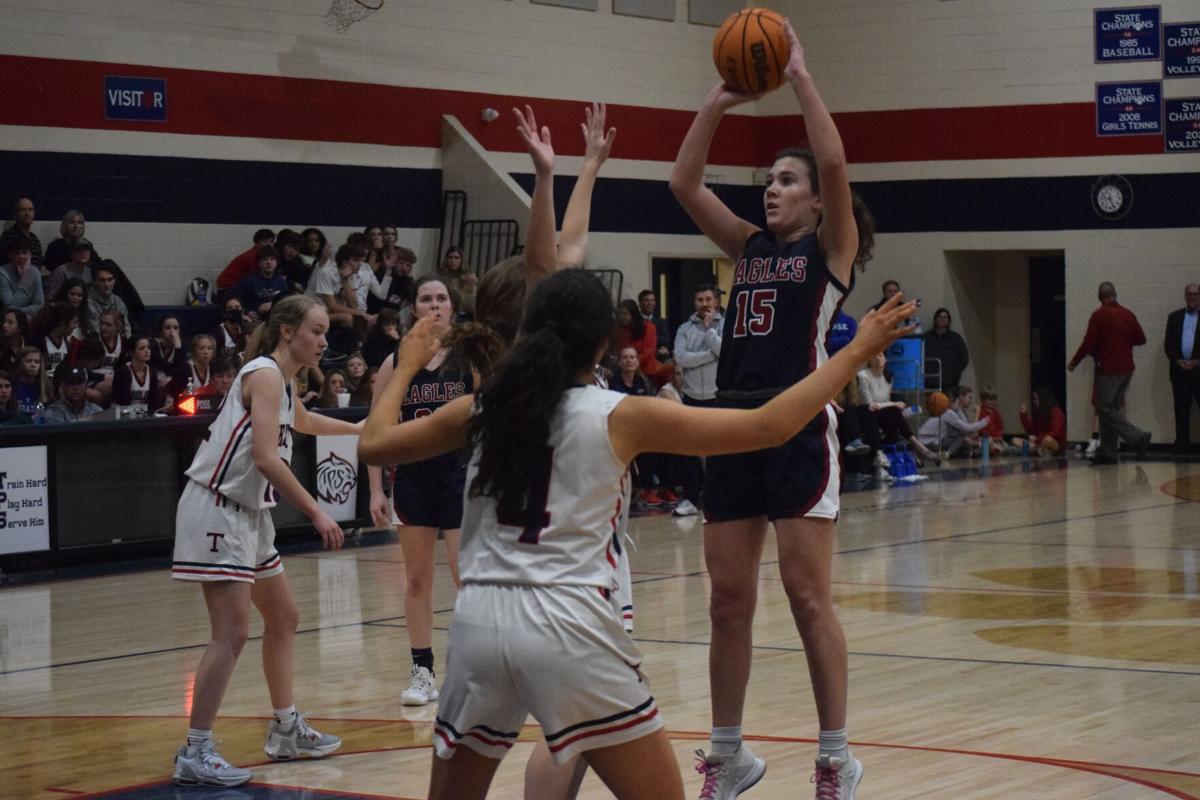 Montgomery Academy's Virginia Meacham pulls up for a shot over Trinity's Addison Cherry in Friday night's area opener at Trinity.

Montgomery Academy's Virginia Meacham is surrounded by a quartet of Trinity defenders.

Montgomery Academy's Virginia Meacham pulls up for a shot over Trinity's Addison Cherry in Friday night's area opener at Trinity.

Trinity coach Blake Smith has been preaching mental and physical toughness to his Wildcats and he saw it pay off on Friday as Trinity won its area opener with Montgomery Academy 53-40 at Captain Jack Court.

“Three years ago, we couldn’t physically compete with teams like (MA),” said Smith. “But we’ve worked hard in the weight room, hard on our mentality, and we’re starting to turn a corner on that.”

The win lifted Trinity (17-2) into a first-place tie with Prattville Christian Academy at 1-0 in 3A Area 6 heading into Tuesday’s battle between the two teams in Prattville. Montgomery Academy and Catholic, who play each other on Tuesday as well, fell to 0-1 in area play.

For the Eagles, Hayes Jenkins led the scoring with 15 points, followed by Chloe Johnson with 13 points and Virginia Meachum with nine points.

Both teams played very physically and the game was tight until the Lady Wildcats were able to use their high-energy offense to pull away late in the third quarter and early in the fourth.

“This win really means a lot, and I think we started out a little bit slow and nervous, but we got it going,” Smith said. “Our offense started to create some space that we could feel comfortable in on the court.”

The Wildcats outscored the Eagles by 11 points in the third quarter to pull away from a 21-20 halftime lead. Montgomery Academy maintained the pace over the final quarter but couldn’t close the gap with Trinity.