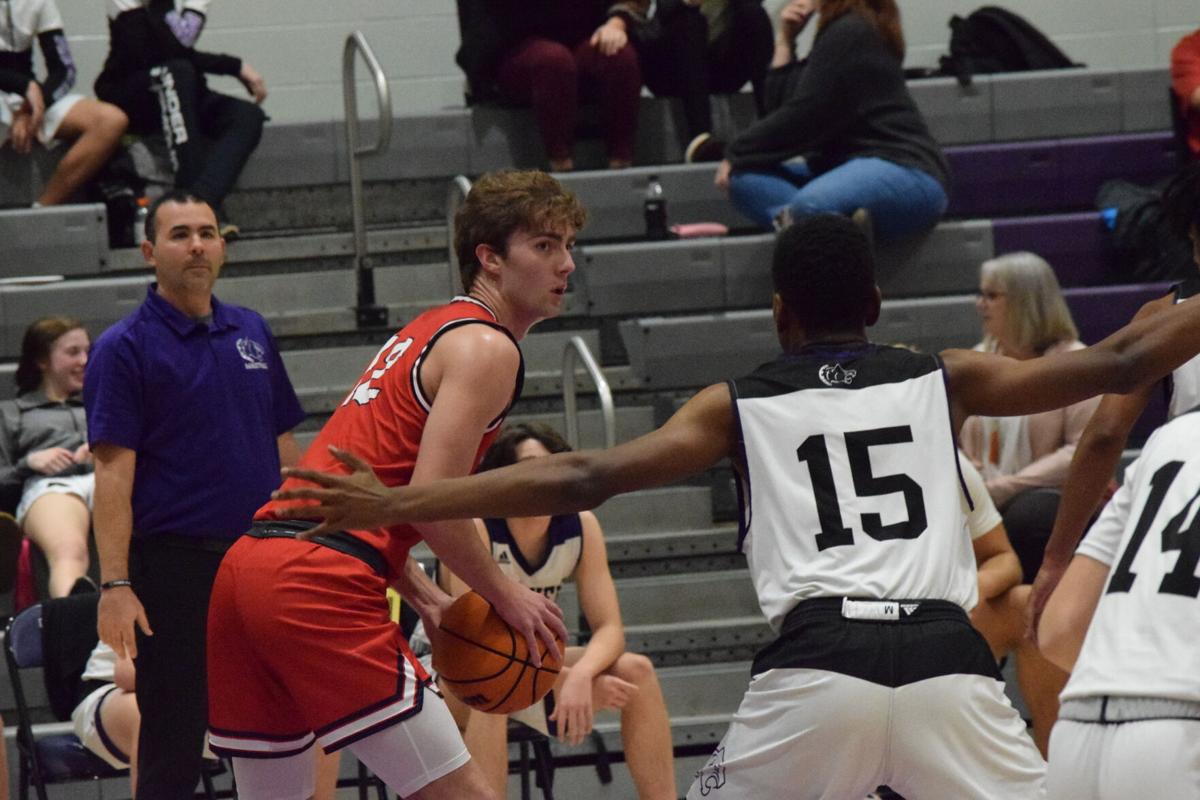 Trinity's Parker Hughes looks for a teammate as Prattville Christian's Stillman Davis defends in the first half of Tuesday's game at PCA. 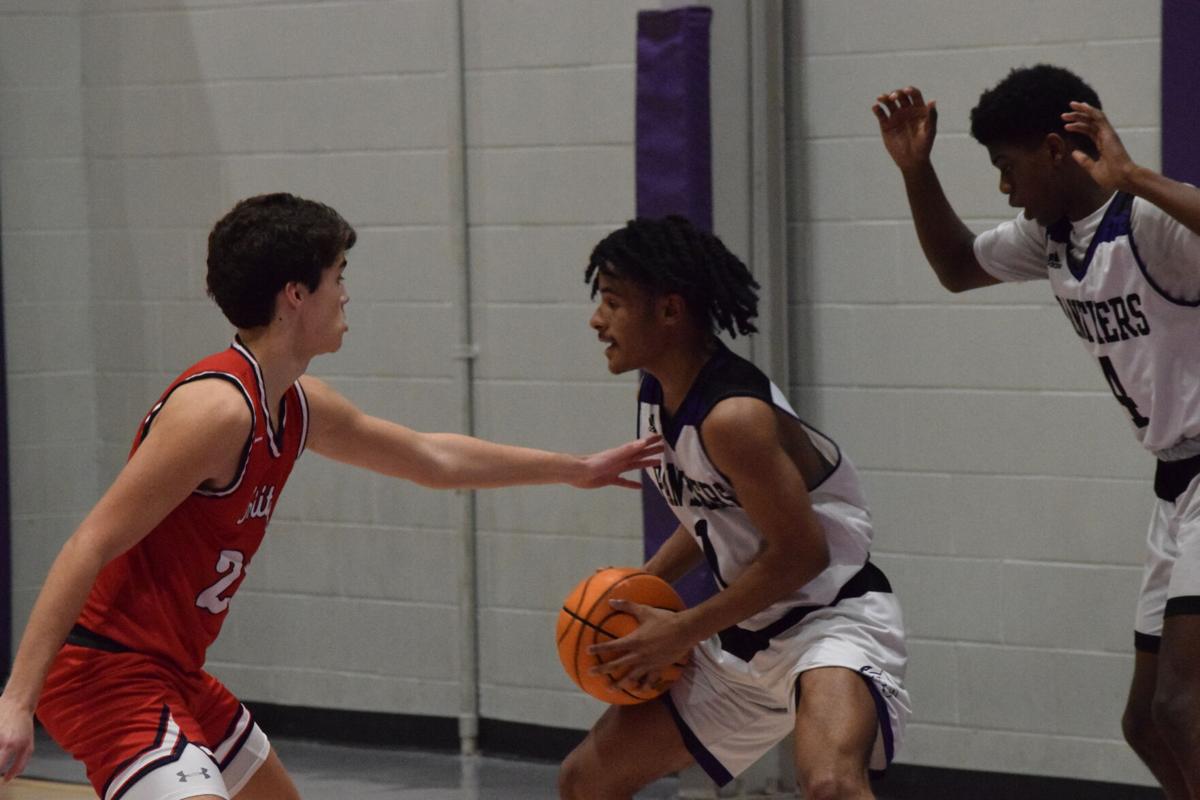 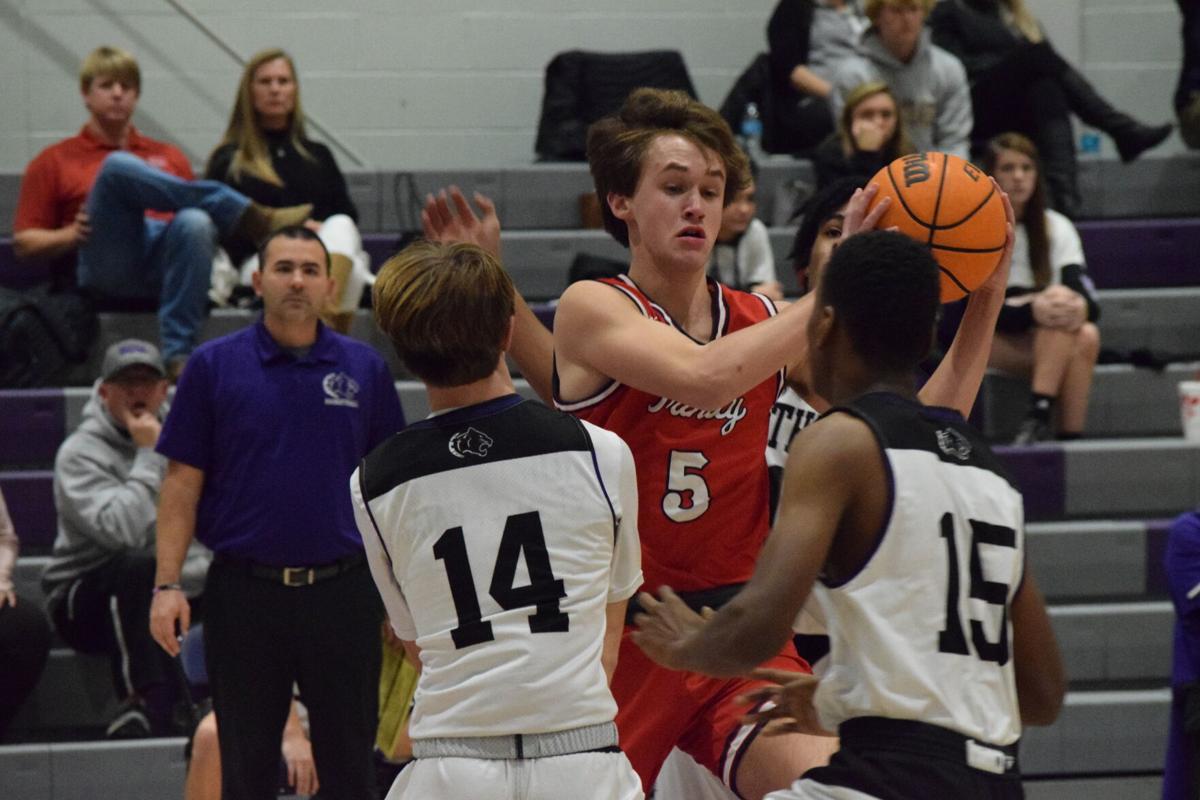 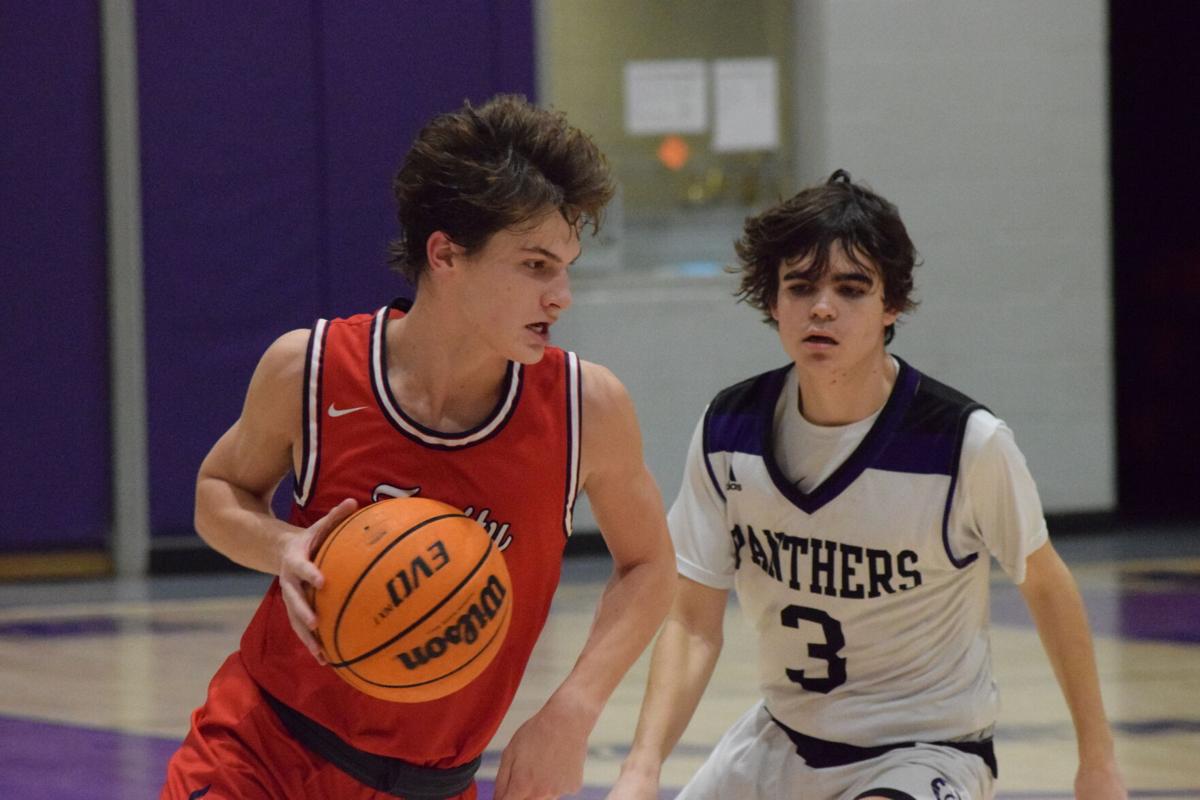 Trinity's Parker Hughes looks for a teammate as Prattville Christian's Stillman Davis defends in the first half of Tuesday's game at PCA.

PRATTVILLE -- For the better part of the first half, Prattville Christian and Trinity traded points in a 3A Area 5 matchup in the PCA gym on Tuesday night.

Then, in a flurry of 3s, Trinity pulled ahead and disposed of the Panthers 53-44 to remain unbeaten in area play heading into Friday’s battle of area unbeatens at Catholic.

“For us, it was just stick to the game plan,” Trinity coach Matt Arrighi said. “Early on, they were hitting a lot of shots and they’ve got some guys that can shoot it. We were trying to game plan for those guys, but (PCA coach) Jason (Roberson) runs a lot of good schemes and they were able to get some shots for those guys and, to their credit, they were able to hit them. We just had to labor through the first half and we finally got a lead.

Jacob Comer scored eight of his game-high 18 points in the first quarter as the Panthers led 14-13. Trinity heated up a little in the second quarter and grabbed a 26-24 lead at the half, but extended the lead to 10 points (34-24) three minutes into the second half as Parker Hughes hit a pair of 3 pointers and Pruitt Lee added another to give the Wildcats some breathing room.

“They got some quick open looks from 3,” Roberson said, “and Trinity has multiple shooters. Most teams have one, maybe two, Trinity has three or four. It’s hard to guard them all. They just made quicker passes and quicker decisions. Their transition off of a make (by the PCA offense) is unreal. They got quite a few transition baskets after we scored. That was impressive to me, how quick they can get from giving up a bucket to getting the ball to the other end.”

PCA would keep pace for much of the remainder of the game but couldn’t cut into the lead.

“That little stretch in the third quarter cost us, but that’s not on our guys,” Roberson said. “Give them credit for knocking them down. Overall, I am extremely proud of our guys. I think we got better tonight. We had 22 turnovers against Catholic and eight tonight. And Trinity does a great job of pressuring everywhere. I really think we improved in a lot of areas.”

Comer had five assists to go with his 18 points, while Coleman Hunter had 11 points and five rebounds and Carson Roberson had nine points for PCA (6-12), which dropped to 0-2 in area play heading into Friday’s home matchup with Montgomery Academy.