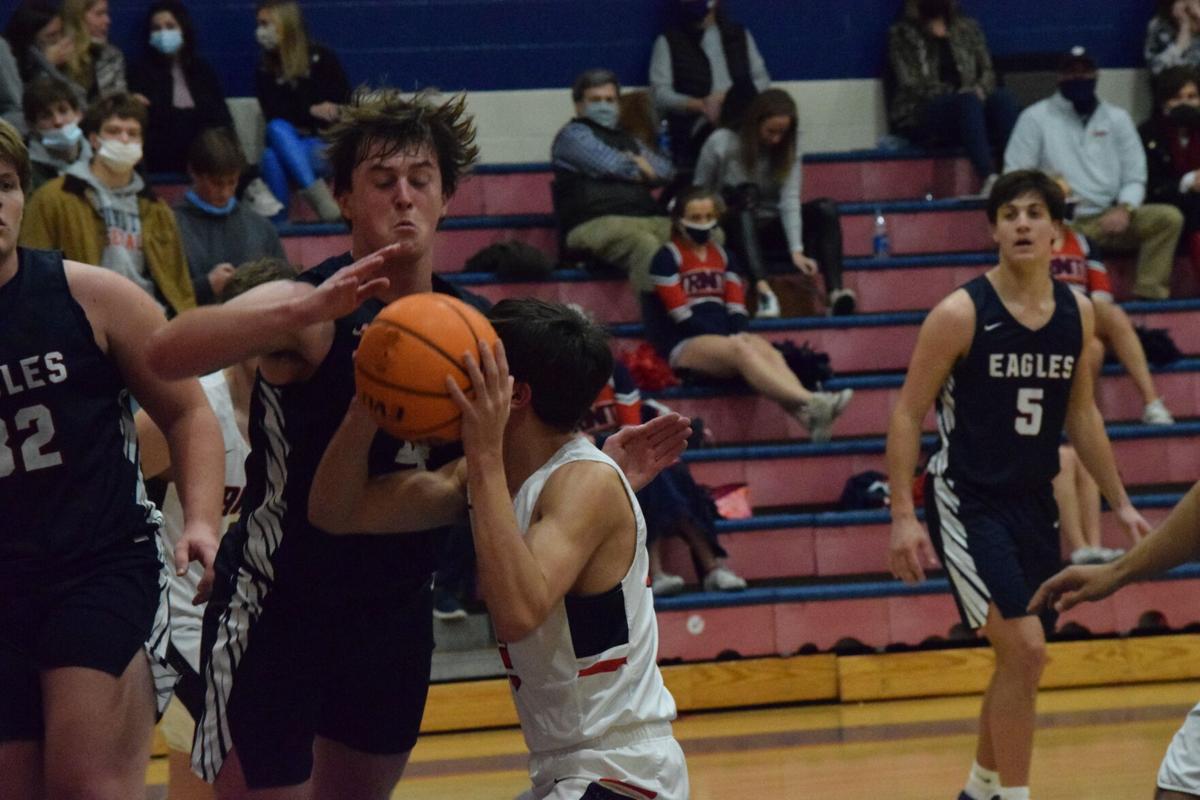 Trinity's Cal Bennett has his path to the basket cut off by Montgomery Academy's James Snead in Friday's area opener. 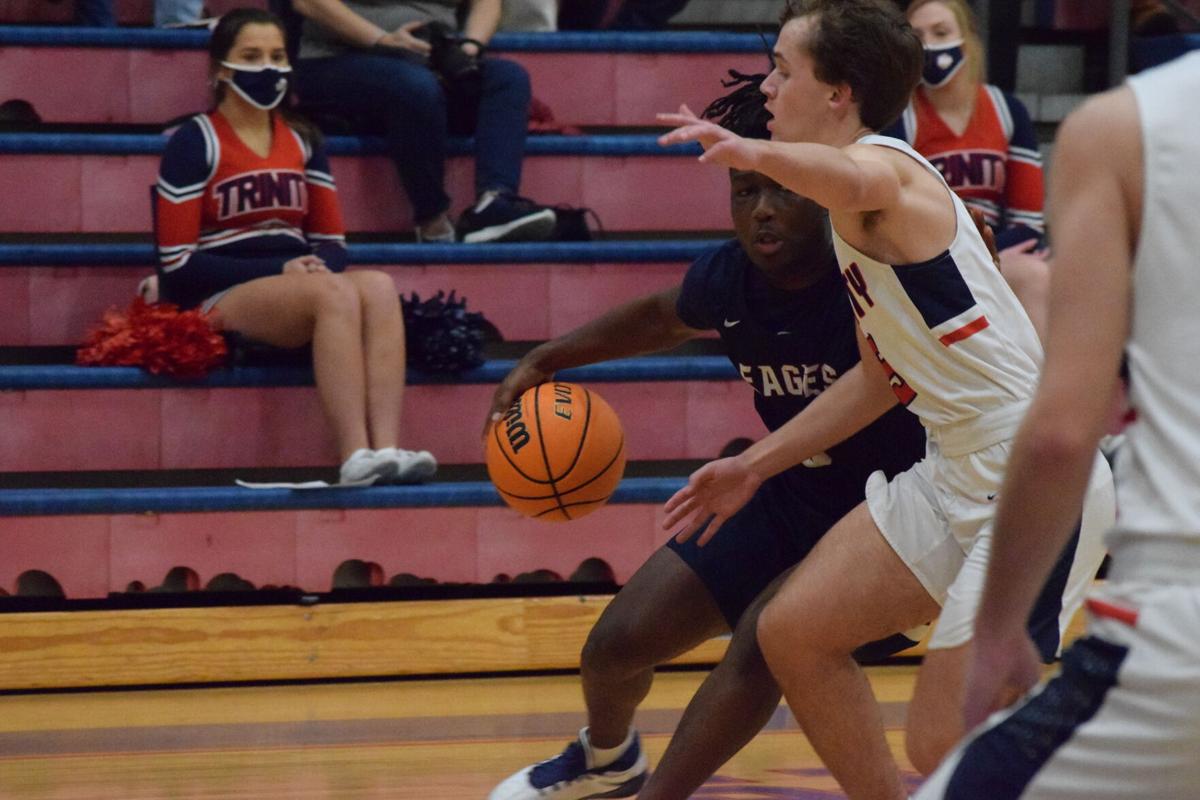 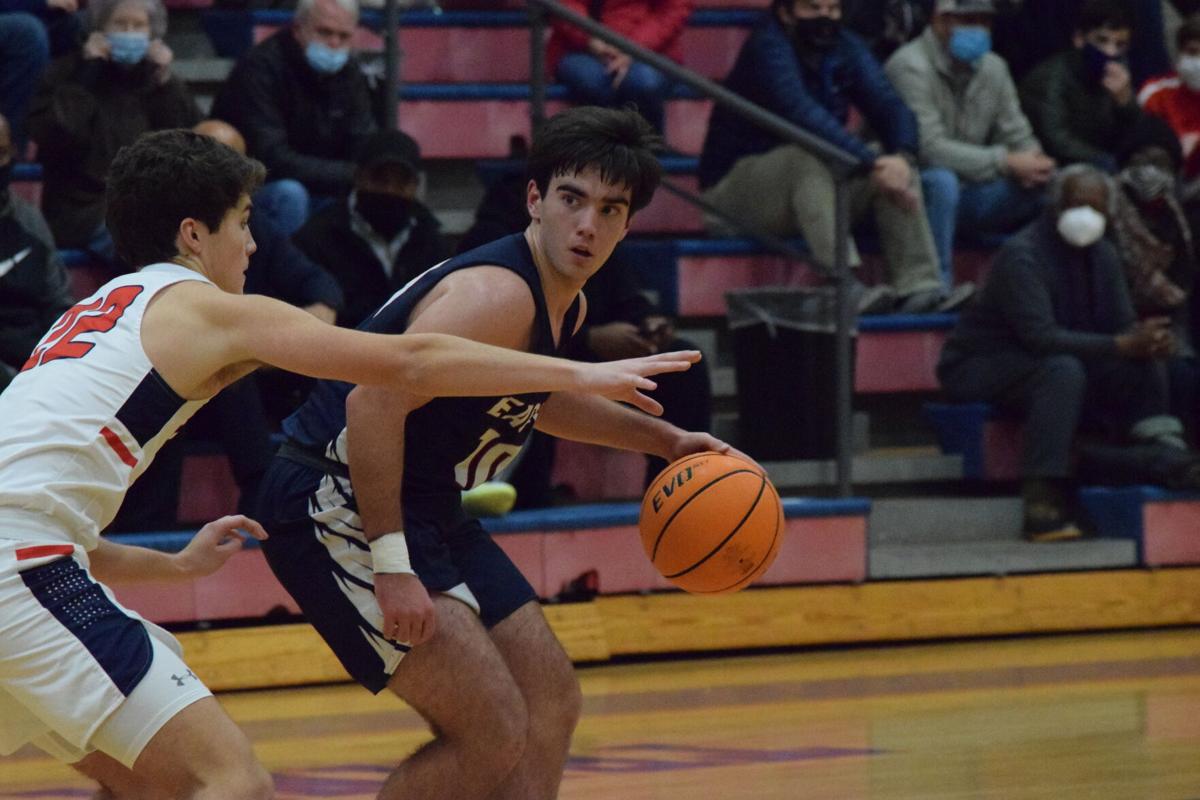 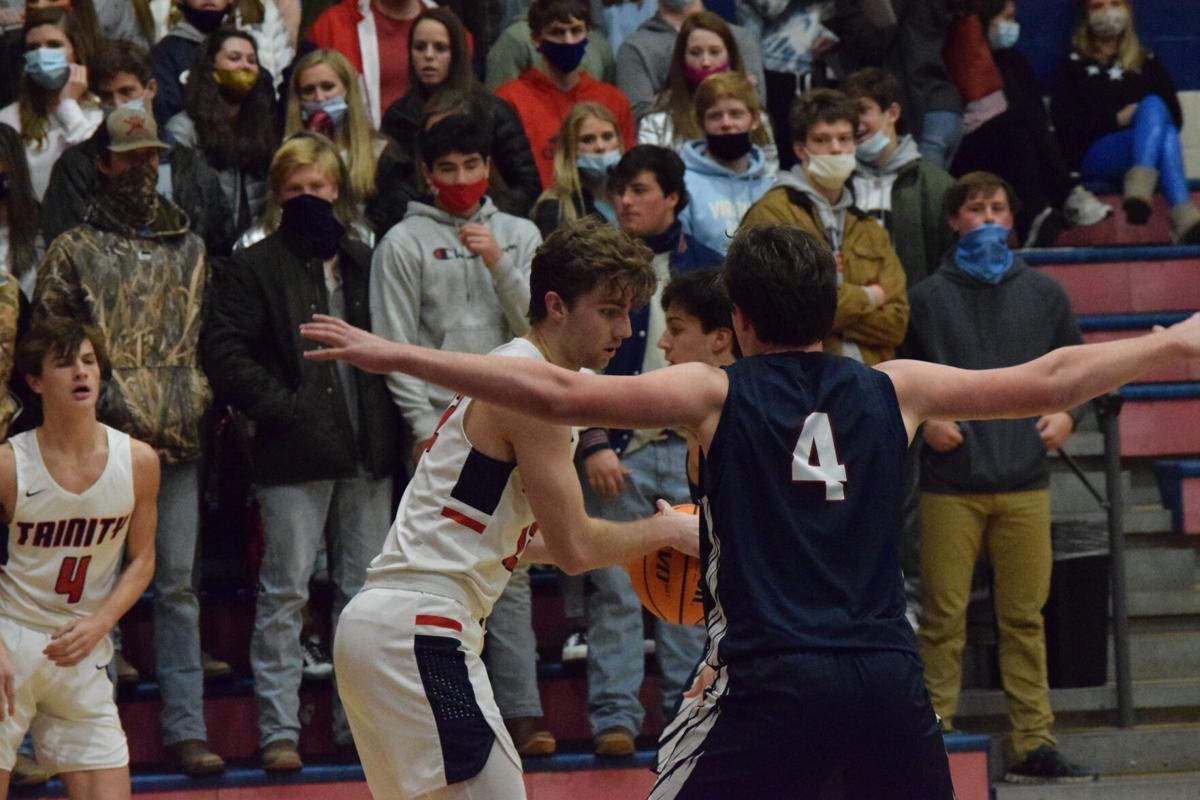 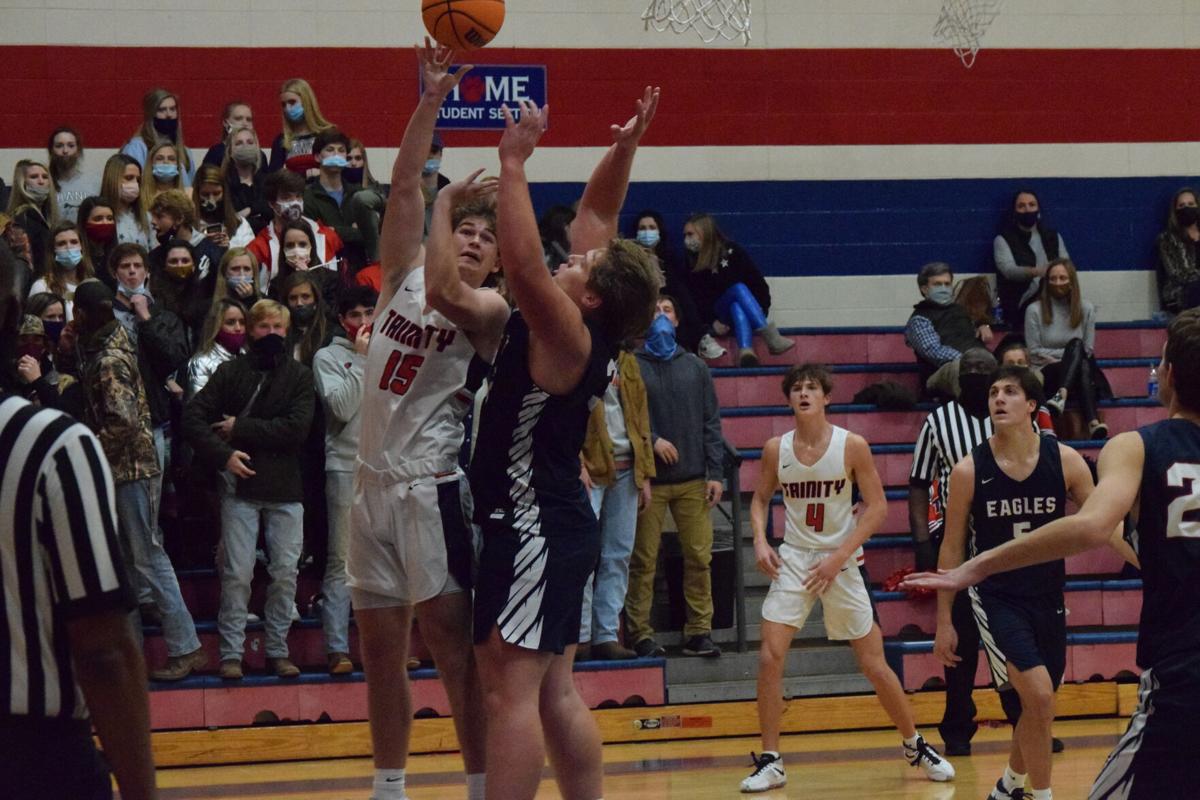 Trinity's Ben Easterling tries to get off shot over Montgomery Academy's Thomas Kirkham.

Trinity's Cal Bennett has his path to the basket cut off by Montgomery Academy's James Snead in Friday's area opener.

Trinity's Ben Easterling tries to get off shot over Montgomery Academy's Thomas Kirkham.

Trinity took the suspense out of the game early, but couldn’t put Montgomery Academy away until a flurry of fourth-quarter 3’s finished off the Eagles 57-42 in the area opener for both teams on Friday night in the Trinity gym.

Trinity jumped out to an early lead, but the Eagles fought back to within six points at the end of the first quarter. The Wildcats then scored the first four points of the second quarter to take a 10-point margin they would maintain for the rest of the game.

“MA has a good team,” Trinity coach Matt Arrighi said. “Unfortunately for them, not only did they have that long football run (to the 3A semifinals), but they had to quarantine two weeks right when they started. But they still have some really good athletes and a good team. I knew tonight would be a four-quarter game. I was proud of the way the guys played.”

Four 3 pointers in the fourth quarter from Jon Cole Portis, Parker Hughes and Beau O’Ferrell gave the Wildcats a comfortable margin, but Arrighi said it all started on the defensive end of the court.

“This team can shoot it well,” he said. “I don’t know if it’s going to be an every-night thing, but more often than not we can make shots from the outside. Normally, we shoot the ball so much better when we’re playing well on defense. Early on, I thought we played really good defense. I thought it was what led to some of our offensive push. When we went a little dead in the third quarter, I thought it was because we weren’t very aggressive in our defense.”

Arrighi said a key to beating the Eagles was Trinity’s defensive effort against senior Britton Kohn and junior Jamal Cooper, both of whom managed just two points each in the first half.

“They have what I consider the two best athletes on the floor in Jamal and BK,” Arrighi said. “BK can really jump, he can shoot it, Jamal is extremely strong and fast and really drives. For us, it starts with those two.”

Montgomery Academy got eight points from Cooper, Judson Lindsey and Thomas Kirkham and seven points from Kohn and James Snead as the Eagles struggled to find offensive consistency.

“We started really slow,” Montgomery Academy coach Jeremy Arant said. “They’re a really good team, a lot of senior leadership. They understand what they want to do on offense and defense and do a really good job. We knew it was going to be tough coming in here and we had to play well. We definitely have to work to get more consistent offensively. We turned the ball over a ton tonight. When you give a good team like them 15 more possessions than you get, it’s going to be hard to beat them.”

Andrew McNees led Trinity with 15 points, followed by Portis with 14 and O’Ferrell with 10.