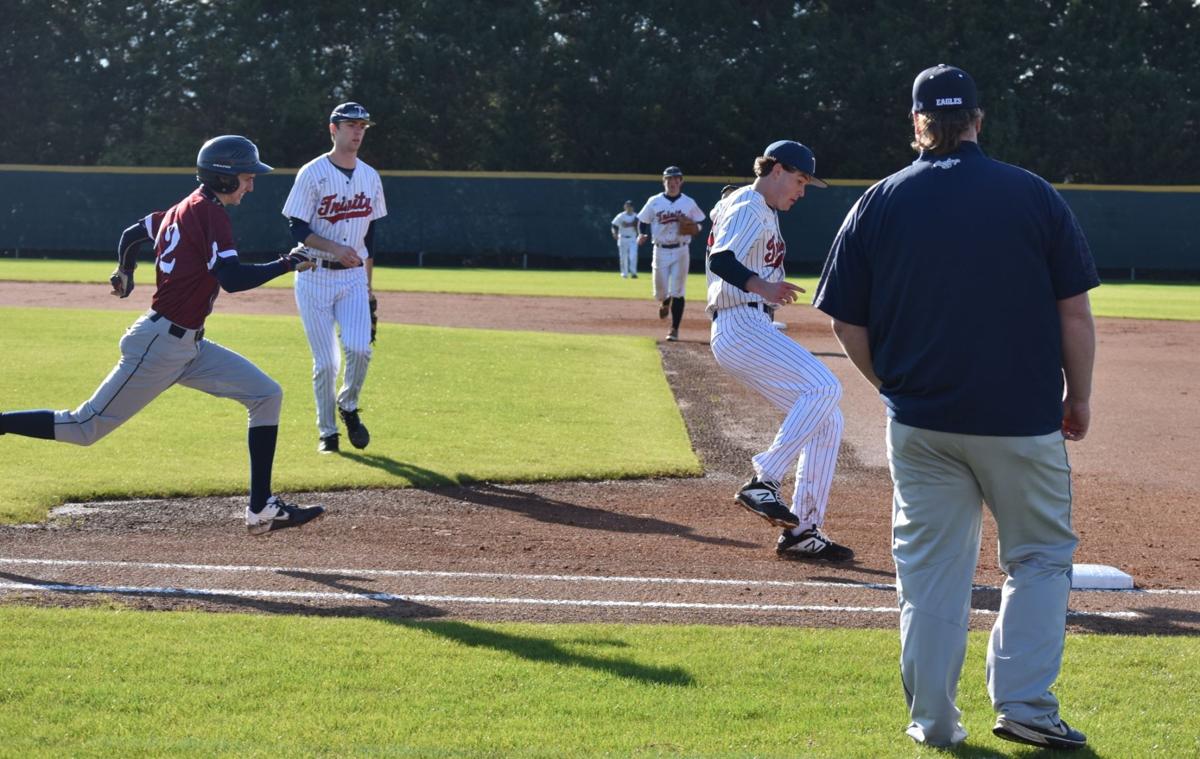 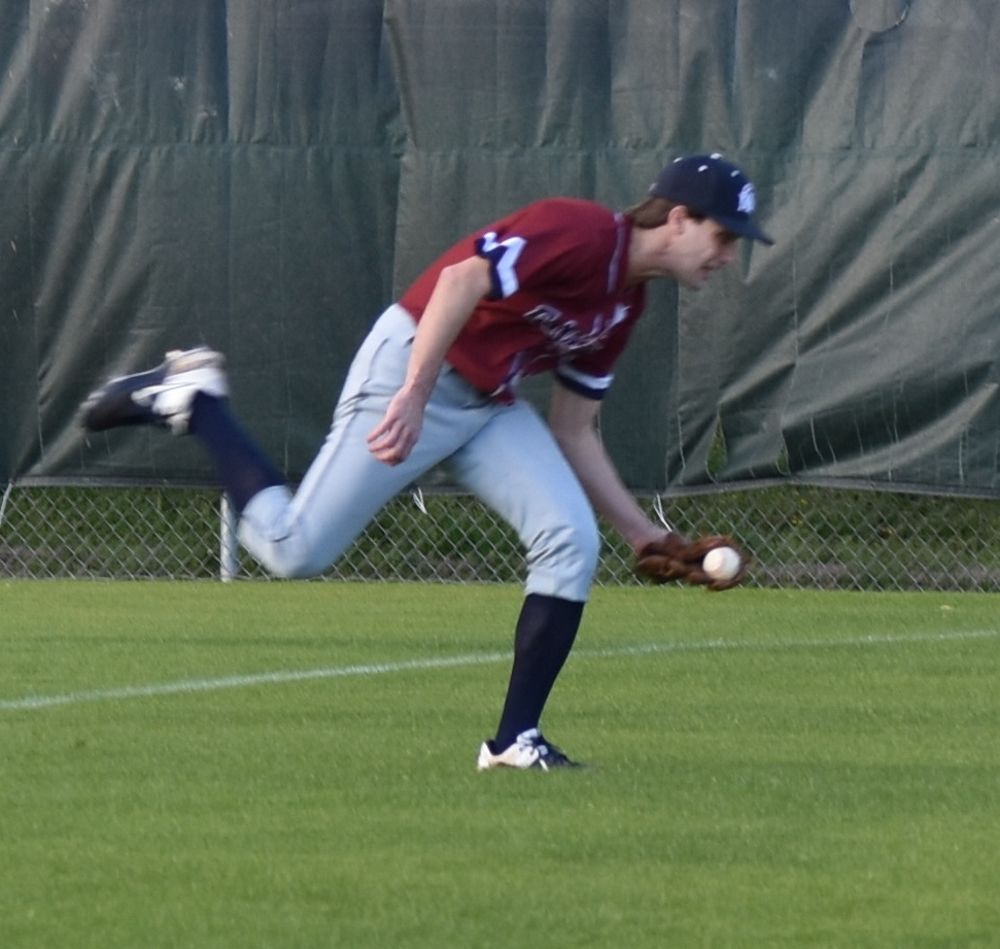 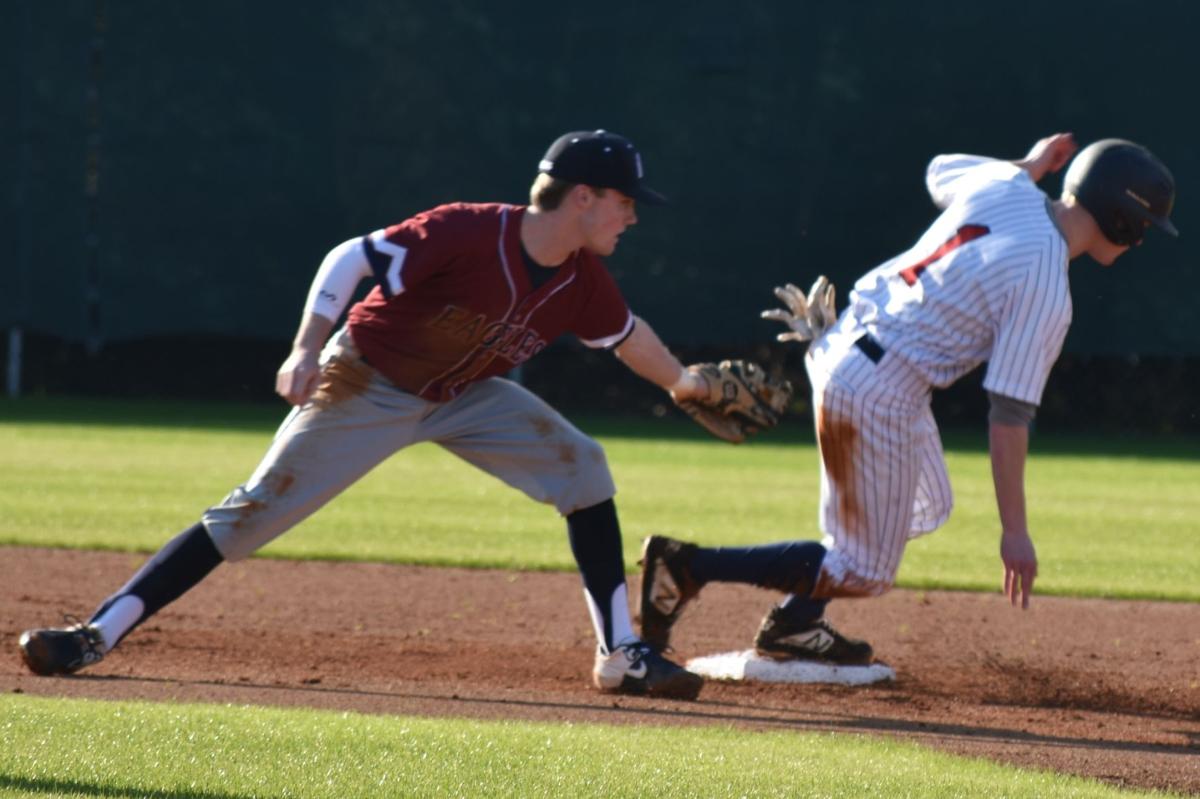 Trinity's William Roberson steals second base in the first inning of Wednesday's game. 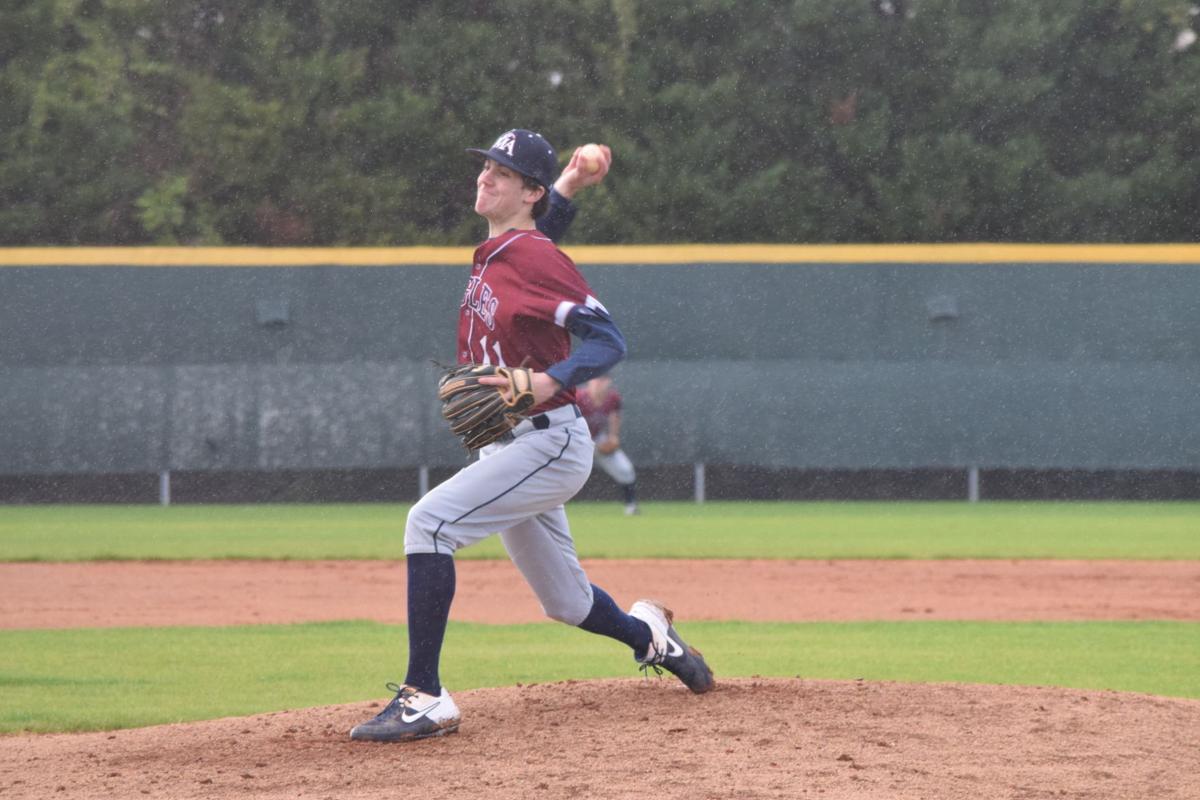 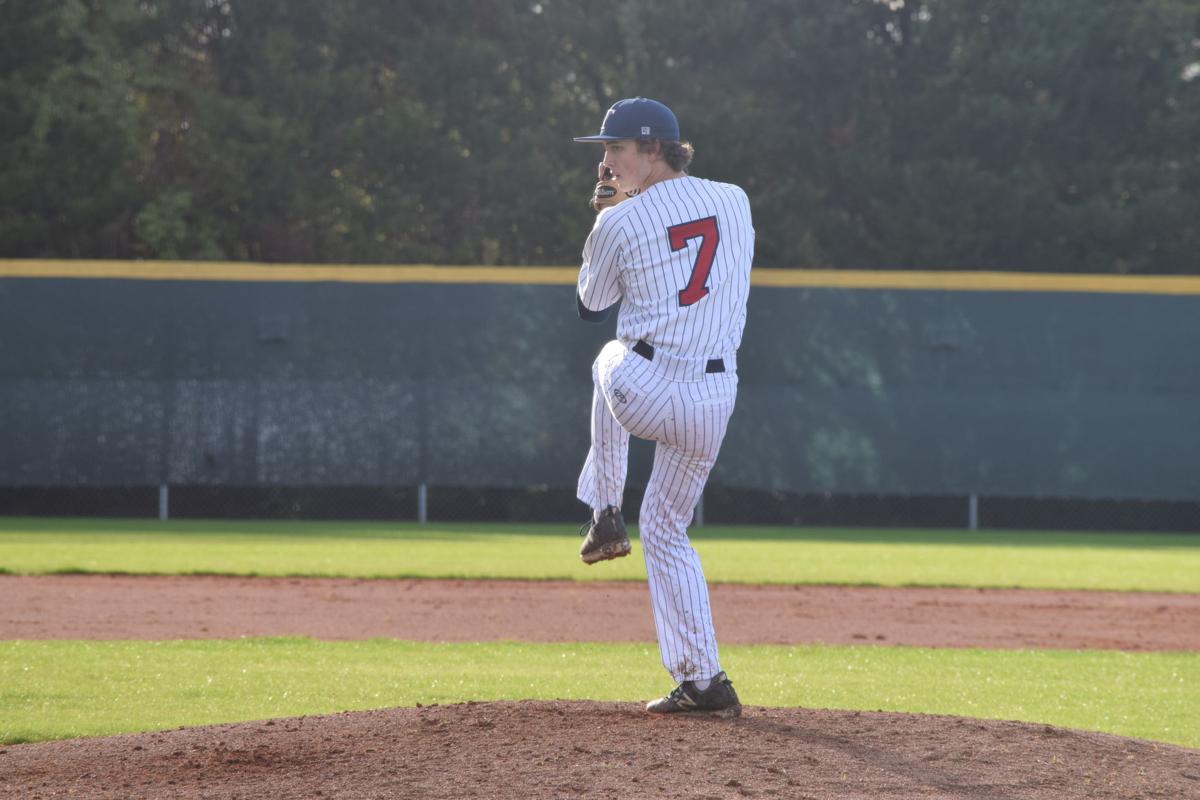 Trinity pitcher Grayson Ashe pitched four innings of one-hit ball on Wednesday, then drove in the game-winning run in the bottom of the seventh. 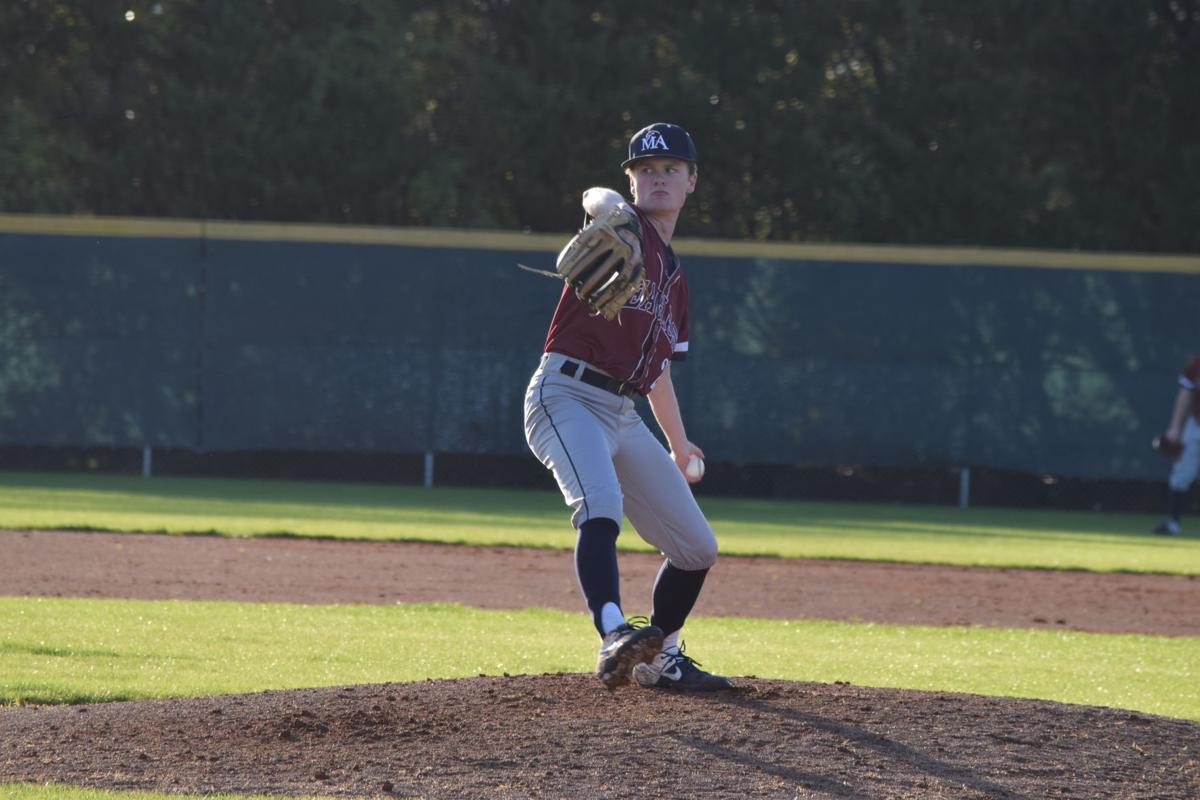 Montgomery Academy reliever Harris Gowan pitched one inning on Wednesday and retired the side in order in the fourth inning.

Trinity's William Roberson steals second base in the first inning of Wednesday's game.

Trinity pitcher Grayson Ashe pitched four innings of one-hit ball on Wednesday, then drove in the game-winning run in the bottom of the seventh.

Montgomery Academy reliever Harris Gowan pitched one inning on Wednesday and retired the side in order in the fourth inning.

It had the look of a baseball game, but hardly the feel.

Blustery afternoon temperatures in the low 50s kept hitting to a minimum and made fly balls an adventure, the rain-drenched fields made fielding a challenge and both teams experimented with pitching on Wednesday afternoon.

There wasn’t even a bunt attempt until the seventh inning in the battle between Montgomery Academy and Trinity at Jason Armstrong Field.

There were late-inning heroics, however, as Grayson Ashe’s single down the left field line in the bottom of the seventh drove in Will Aaron with the game-winning run as the Wildcats edged the Eagles 2-1.

“We’re trying to get games in so we can gain game experience,” Trinity coach Ken Whittle said. “Most of these guys have not had an opportunity to play (on the varsity). They’re learning to play the game. We haven’t been able to get on the field – like everybody else – to go over game situations.”

It almost looked like rain, which has postponed all but a handful of games in central Alabama the last two weeks, would interfere with this meeting as well after an early-inning drizzle, but the two teams battled through it despite the harsh weather conditions.

The Wildcats stranded a pair of runners in the first and second innings but only managed four hits in the contest. The first was a well-timed single to right by Parker Hughes in the third inning that drove in the game’s first run and the fourth was Ashe’s single that ended the game after Aaron had reached base on an error.

The Eagles actually managed six singles but only had one timely hit. In the fifth, Mac Main reached base on a one-out error and continued to second on the throw, advancing to third on a wild pitch and scoring when Carter Wallis beat out a grounder to third.

Montgomery Academy’s best scoring opportunity came in the seventh when Cam Holmes and Main led off with singles. Britton Kohn then attempted to bunt but took the first pitch for a strike and fouled off the second before striking out. Trinity closer Carter Clark then took the mound and struck out Wallis looking and got Jon Clarke Woodward to fly out to leave the score at 1-1.

Trinity started Ben Easterling, turned to Ashe in the third inning and went with William Roberson to open the seventh and Clark to close out the game.

“He just needs to get out there on the mound,” Whittle said of Easterling. “He has the stuff, but you can’t get game experience in practice. I thought Grayson Ashe did a good job with location, throwing pitches like coach (Jared) Cook wanted. That’s why we’re throwing all kind of people early to figure out if these guys are going to be starters for us, are they middle relief guys, are they closers?”

Montgomery Academy started Kohn, sent in Harris Gowan as a reliever in the fourth and used shortstop Woodward over the final three innings.

The Eagles played the game without head coach Stephen Vosel, who was home with the flu, leaving the team in the hands of assistant coach Michael Dugan. MA (1-2) will open play in the 27th FCA Jason Armstrong Memorial Baseball Tournament on Thursday at Paterson Field against Highland Home at 4 p.m.

Trinity (5-0) goes to Skipperville to play G.W. Long on Saturday.