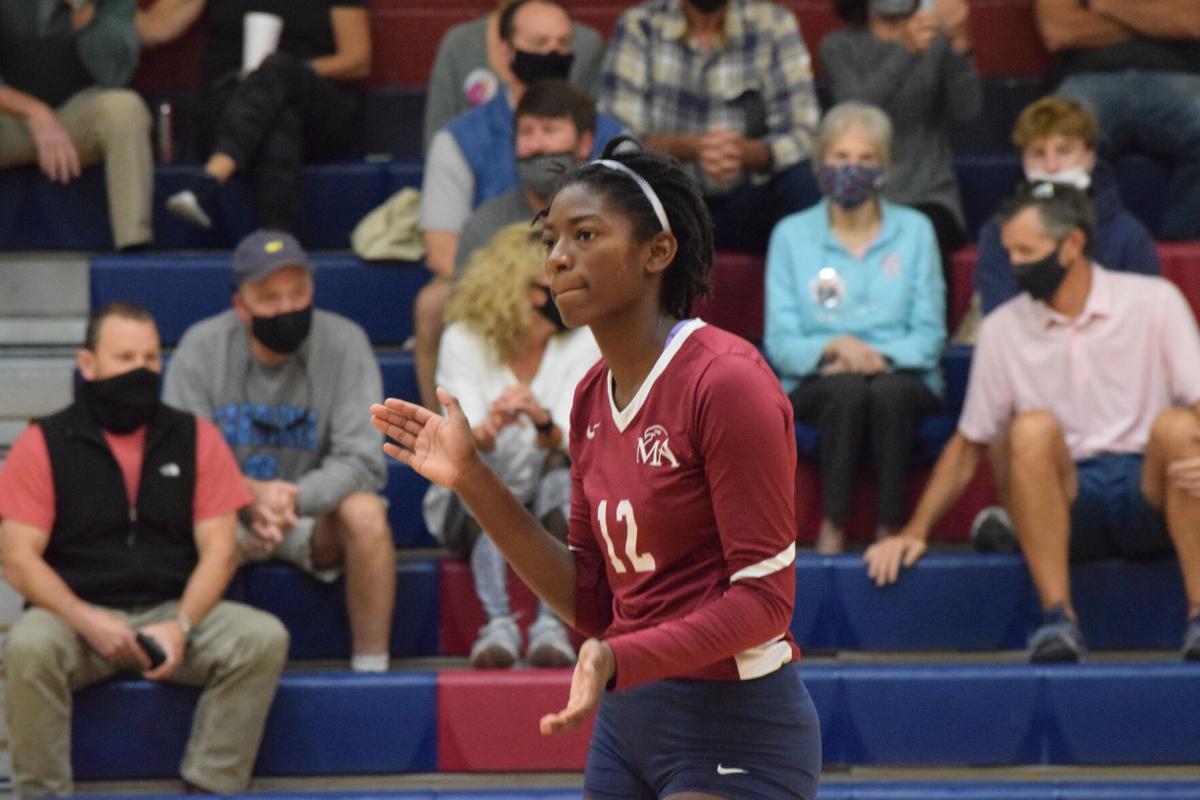 Montgomery Academy's Anaya Thomas is a little more appreciative of volleyball her senior year as the Eagles return to the regionals this week. 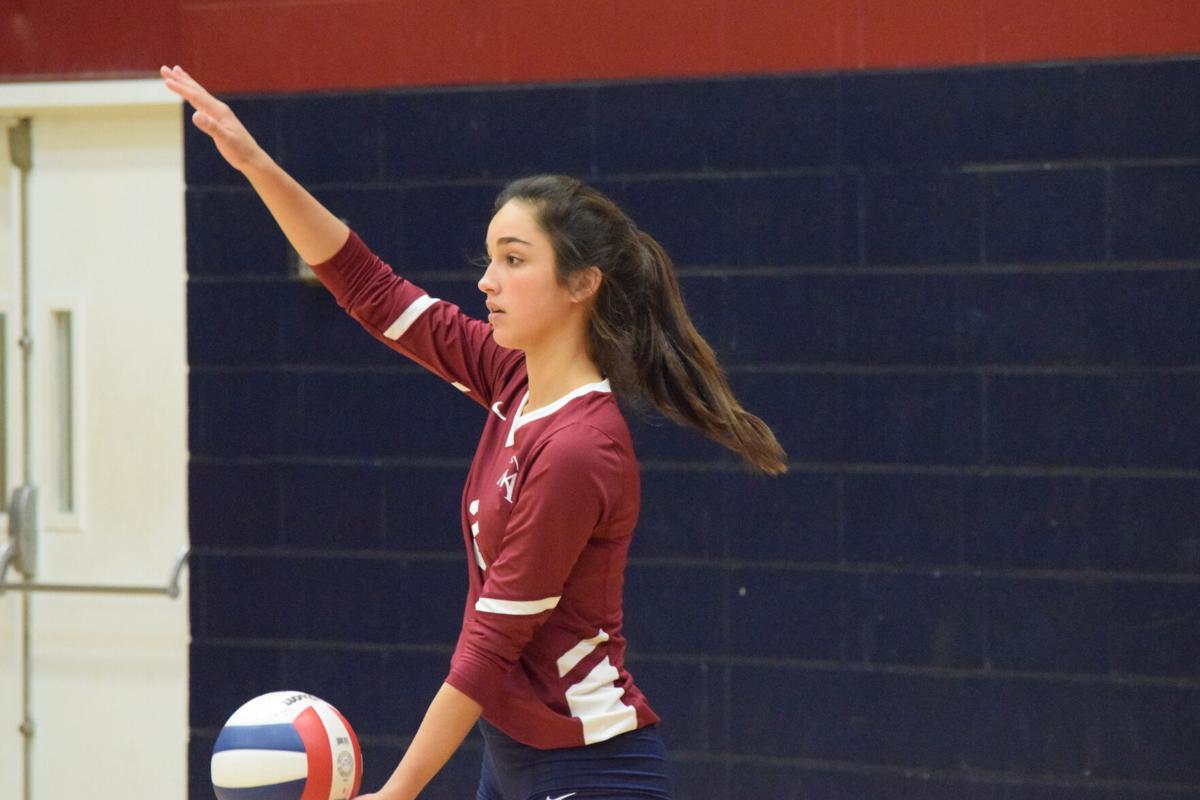 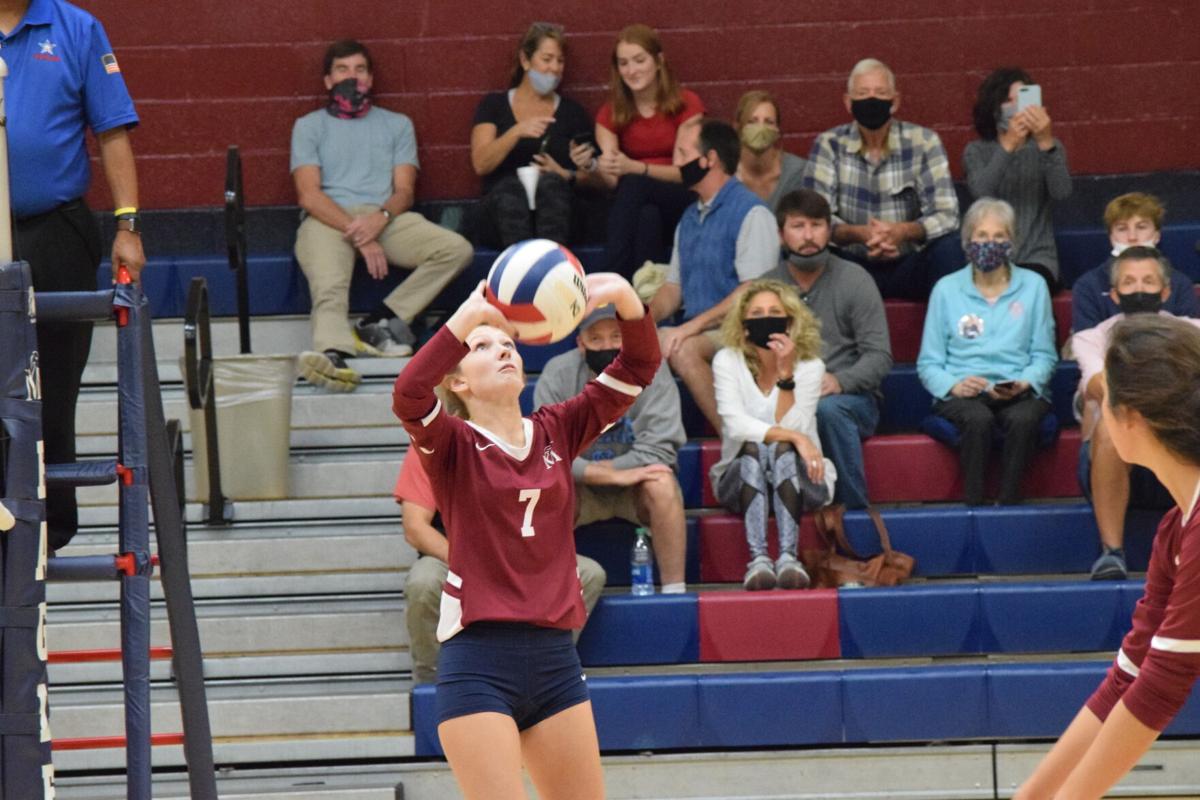 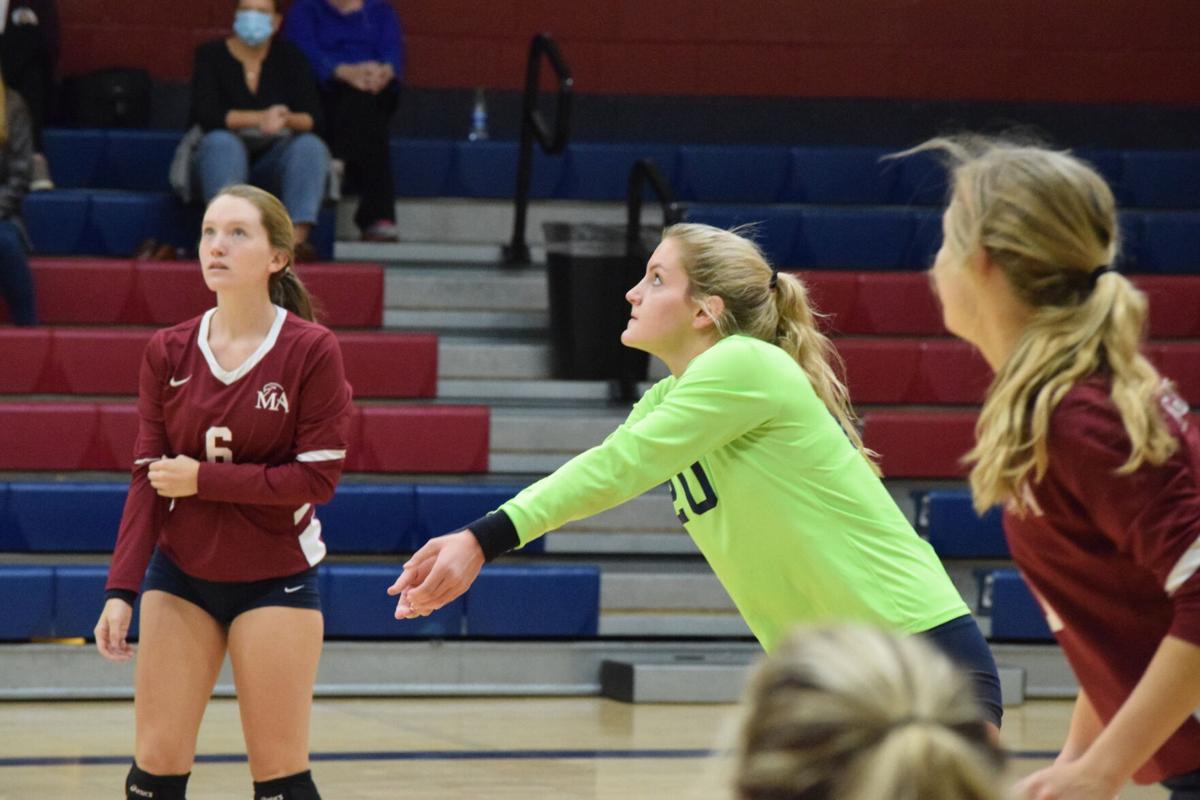 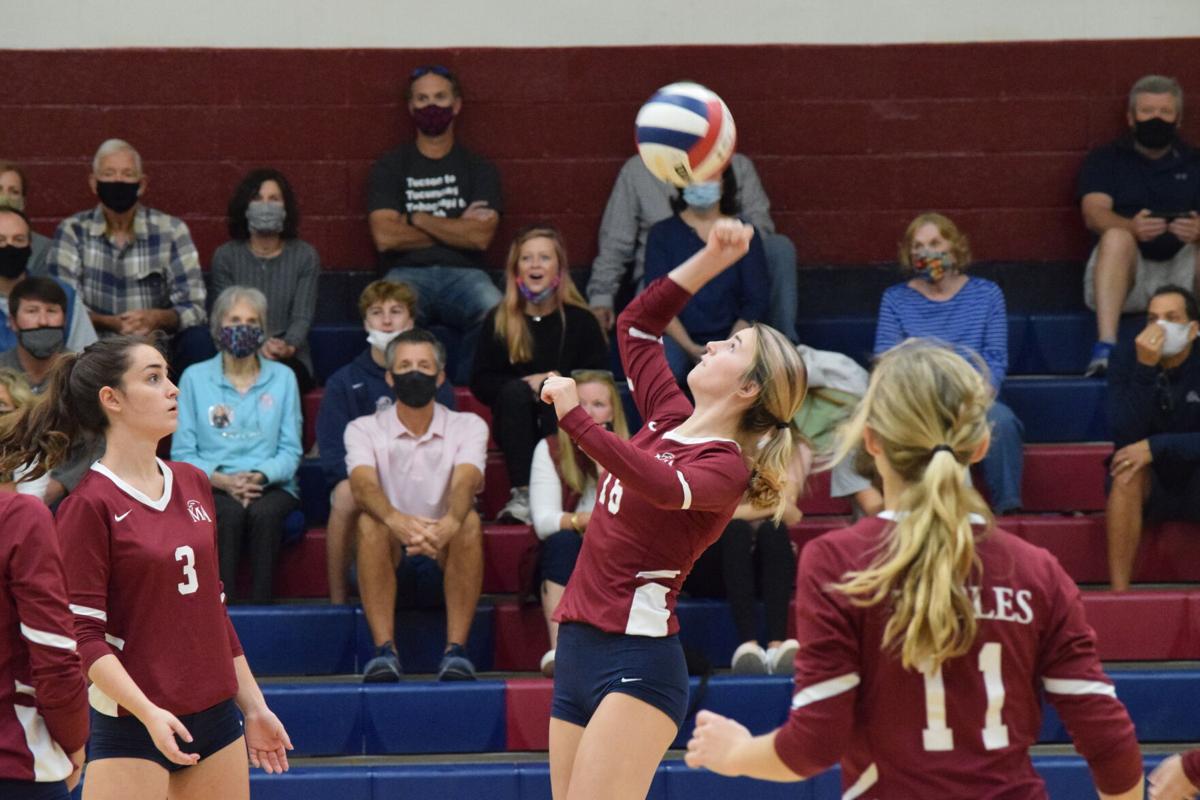 Senior Madi Caddell hits shot over the net to the Fighting Choctaws on Saturday. 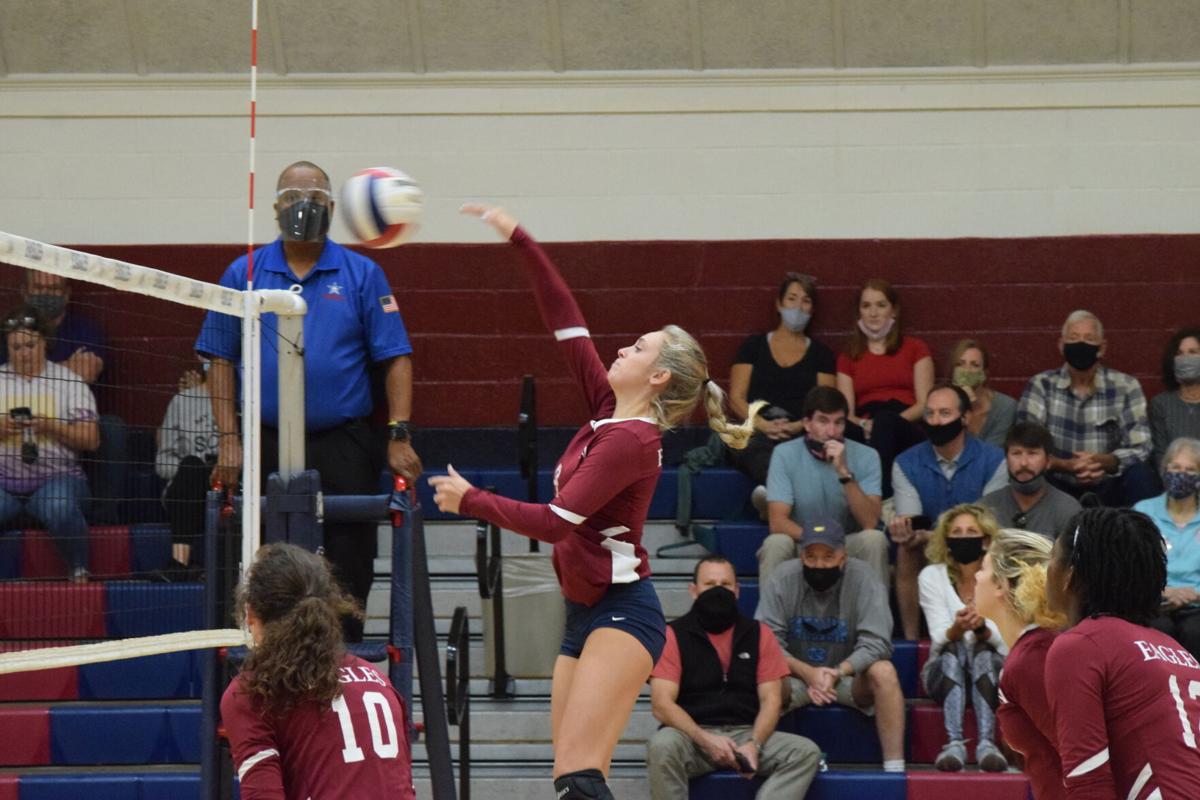 Montgomery Academy senior McRae Freeman picks up one of her kills in Saturday's action. 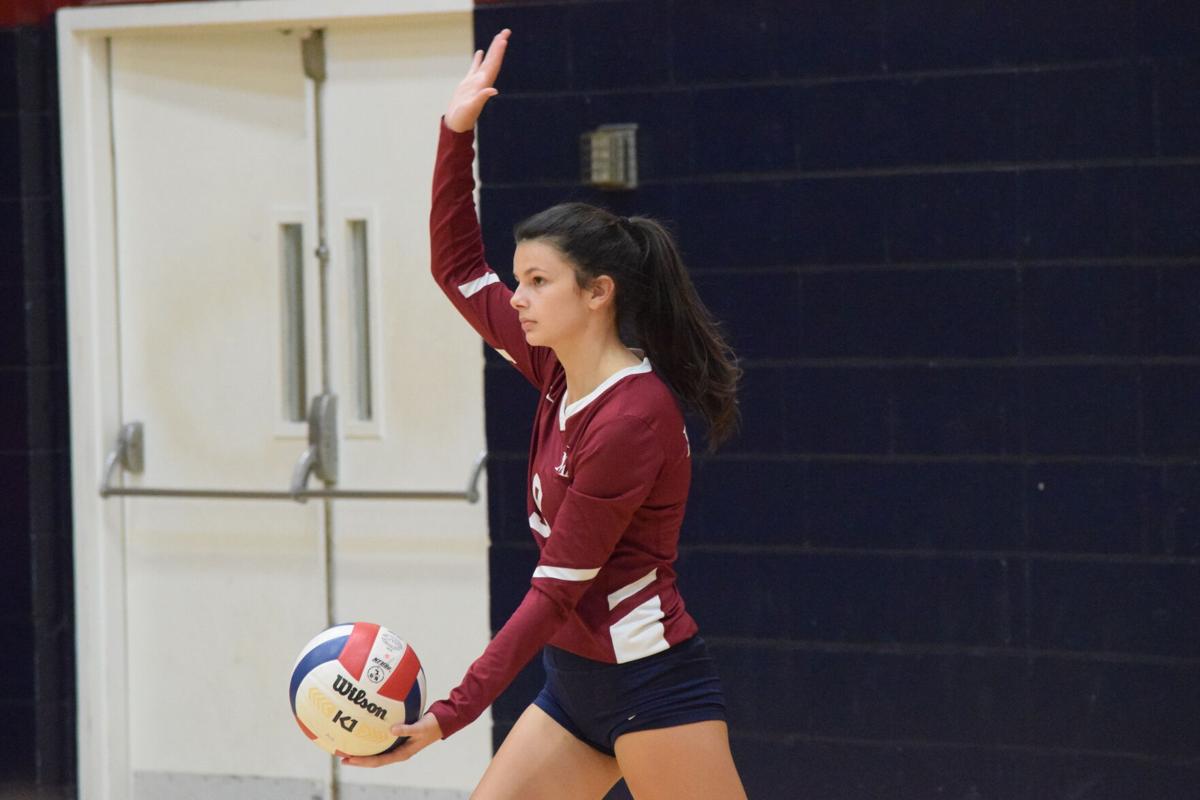 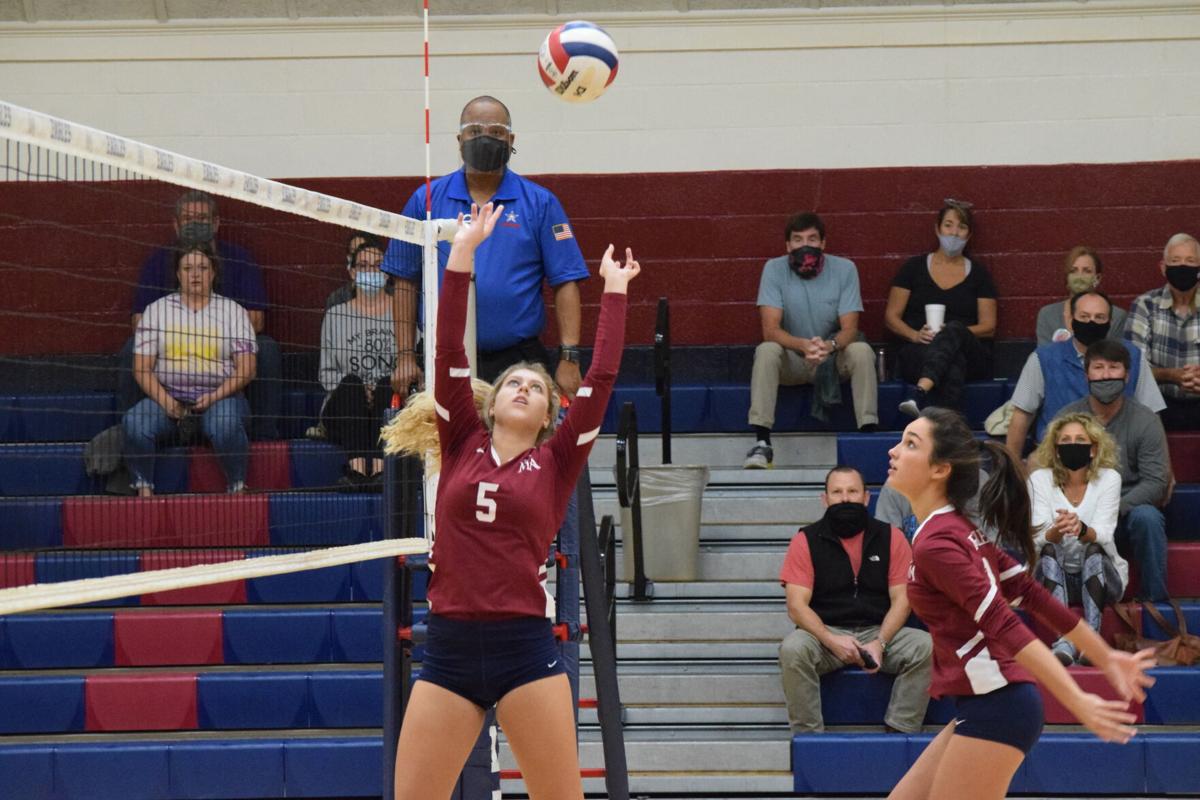 Montgomery Academy's Anaya Thomas is a little more appreciative of volleyball her senior year as the Eagles return to the regionals this week.

Senior Madi Caddell hits shot over the net to the Fighting Choctaws on Saturday.

Montgomery Academy senior McRae Freeman picks up one of her kills in Saturday's action.

The coronavirus pandemic postponed proms and graduations and canceled spring sports in colleges and high schools throughout the nation.

Something good may have come out of the virus that brought the United States to a standstill in March and April, at least when it comes to the play of Montgomery Academy senior Anaya Thomas.

“I could have easily sat down during quarantine and done nothing,” she said. “I couldn’t go to the gym because all the gyms were closed, so it was all about working in the yard and perfecting skills that I’ve developed.”

It also gave the three-sport standout a little appreciation for volleyball after watching her track season cut short in the spring.

“I thought I wouldn’t get this chance,” she said. “And then the fact that I did get the chance, I’m like, I’ve got to take it now. Going into quarantine, I realized how much I loved the sport. It pulled something out of me, honestly.”

Thomas and the Montgomery Academy Eagles have moved up a classification because of the Alabama High School Athletic Association’s Competitive Balance Factor, but the annual goal of winning a state championship remains the same. The Eagles took the first step toward that goal by bashing Bibb County in the 4A sub-regional round 25-3, 25-3 and 25-9 to advance to the regional round against Straughn on Friday at 10 a.m. at Garrett Coliseum.

There was no suspense in Saturday’s sub-regional matchup with the Fighting Choctaws as MA cruised out to 11-1 and 15-0 leads in the first two sets before pulling away from a 5-5 tie in the third set for the win. Ann Cobern Chapman had eight kills, Thomas had six kills and Virginia Meacham had five. Sarah Emmons led the Eagles in assists with 12, followed by Madi Caddell with nine.

Thomas, as usual, spends almost as much time on the bench as on the court. On a lot of teams, her ball-striking ability would be the highlight, but on a squad that features eight seniors, the rotation lends itself more to a team concept and a little less for individual highlights.

“She worked so hard in the offseason,” Montgomery Academy coach Julie Gordon said. “Probably the biggest thing is consistency this year. She’s much more consistent. And when she connects? She’s hitting on a collegiate level. She’s above and beyond what you see in a lot of high school players.”

Thomas gives a lot of credit to her mother, who grew up playing volleyball as well, and her club coach, Alabama State head coach Penny Lucas-White.

“My mom’s always saying, ‘Anaya, I know you’re good and you know you’re good, but everybody else out in the world doesn’t know that you’re good,’” Thomas said. ‘“Nobody else cares that you’re from this little school in Alabama and you’re doing good, you have to do something that makes you stick out. No matter how good you are, there’s always someone else that’s better. You have to work to be the best.’”

She’s done that, recognizing her potential through conversations with her mother and her brother Josh, a former multi-sport star at Montgomery Academy that is now a safety with the Buffalo Bills.

If volleyball is any indication, other sports at Montgomery Academy may benefit this year from the motivated Thomas, who also plays basketball and track. Gordon believes Thomas would be an asset for any college volleyball team.

“She’s very interested in going to play at the next level,” Gordon said. “She’s a dedicated girl and cares deeply about her playing ability and her teammates. She could get a scholarship for track as well. I just think she has a love for volleyball, but she loves everything she does. I’m so proud of her this year because she cares so much and she’s a great asset to our team. It would be tough to win without her.”

Thomas has had conversations with Brown University in both volleyball and track, but is interested in attending the Ivy League school because she’s eyeing a future in the medical field “and they have a really good med school.” First, she would like to help lead the Eagles to their third straight state championship in volleyball.

“We always say defense wins championships,” Thomas said. “I think our defense is pretty good so if we just keep working at that … because we have a really good offense. Our defense is solid, but I just think we need to keep working at it, not letting those balls drop.”