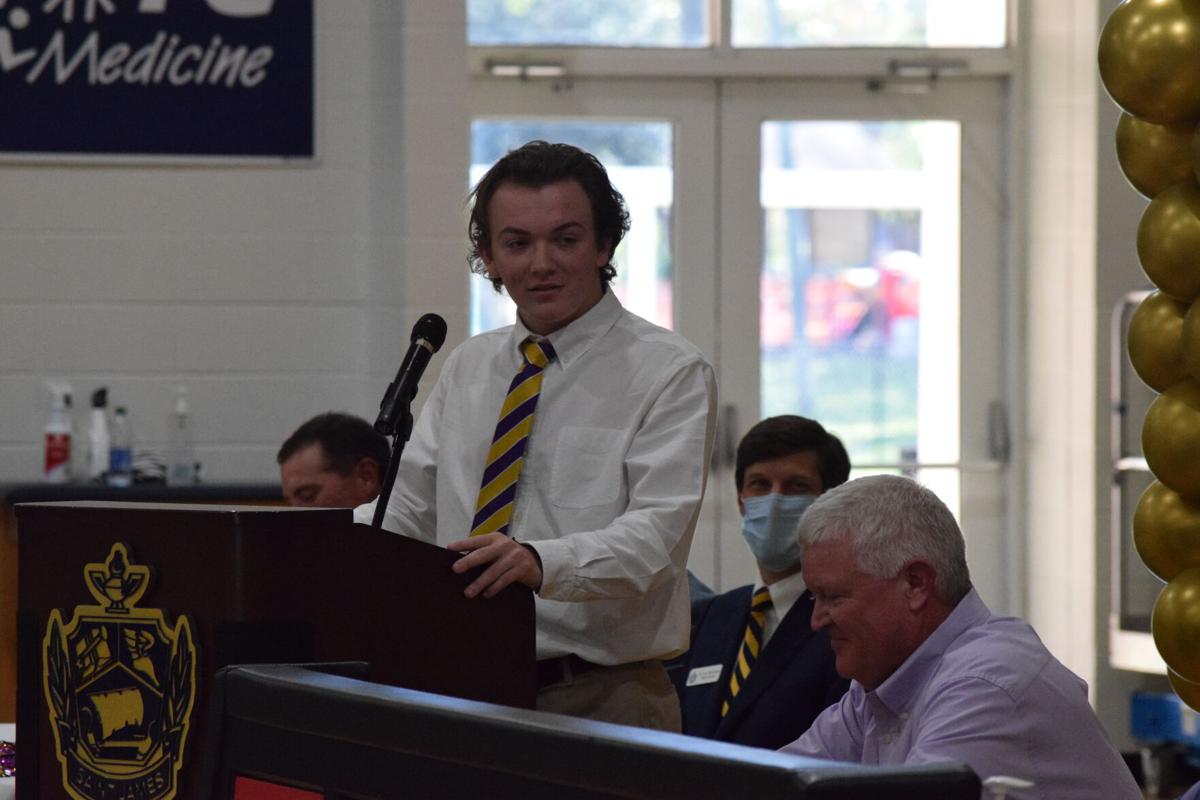 Senior pitcher and shortstop Carson Howard speaks at his signing ceremony in the St. James gym on Friday morning. 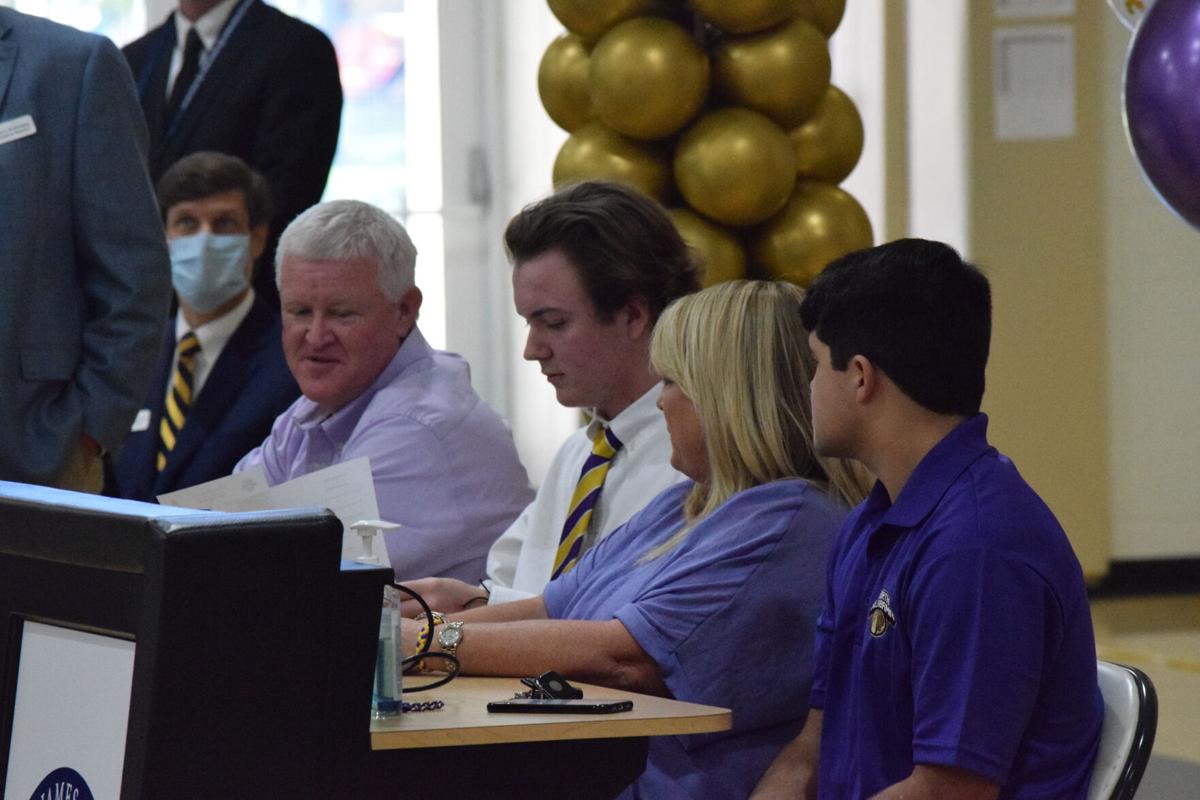 Howard signs his letter of intent to play baseball at North Alabama as his father Rick, mother Trish and brother Jackson look on. 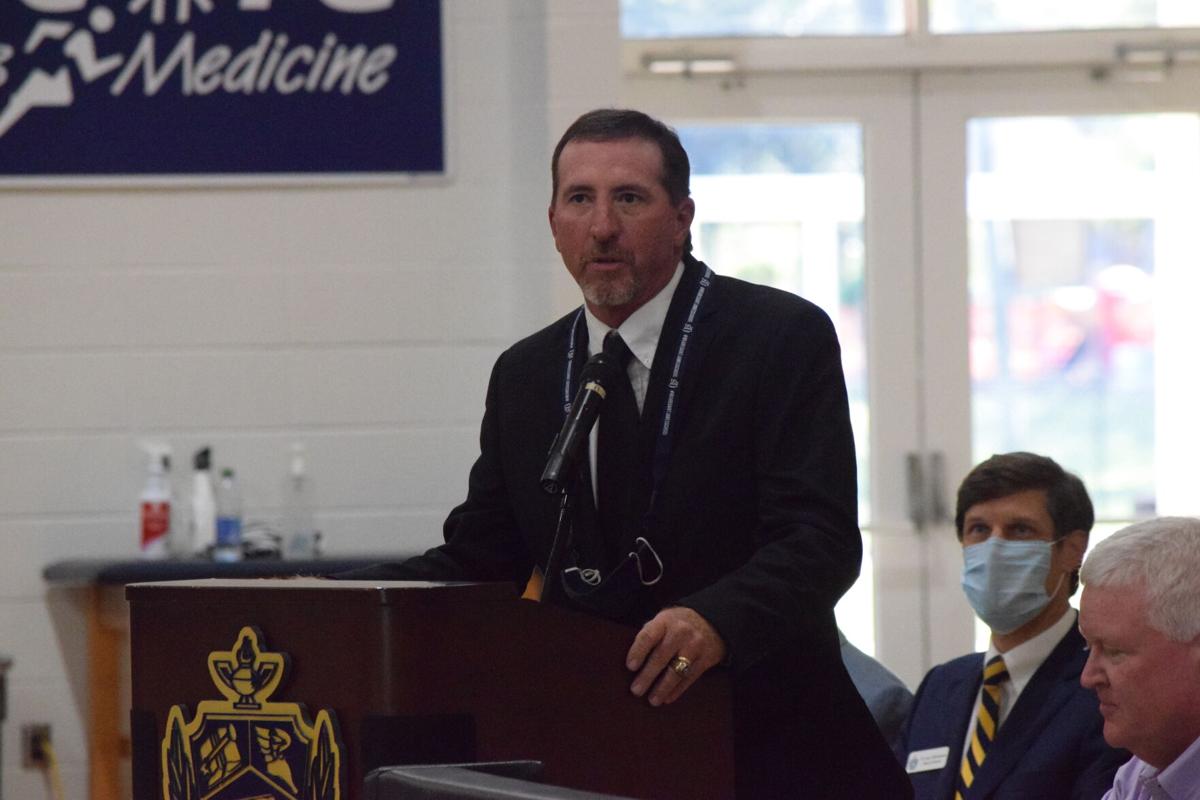 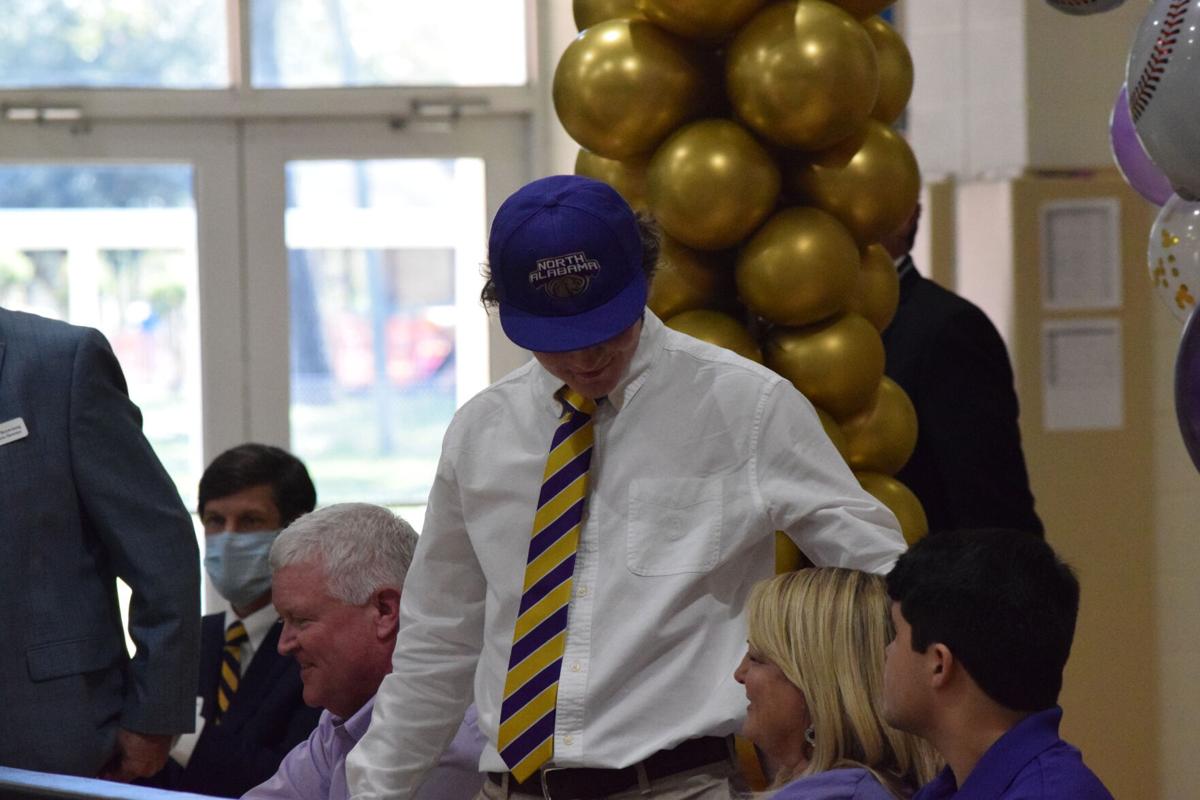 Carson Howard puts on North Alabama baseball cap after signing a letter of intent to play for the Lions on Friday. 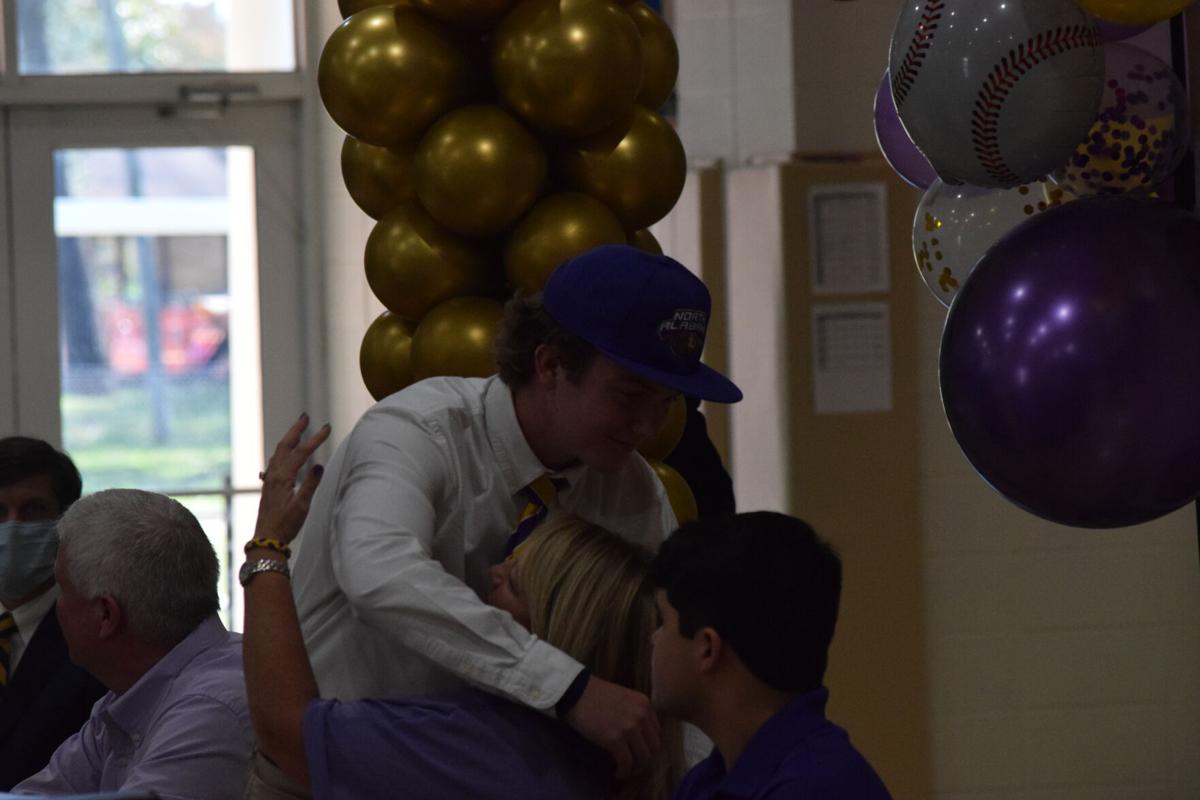 Howard hugs his mother Trish after signing with North Alabama on Friday.

Senior pitcher and shortstop Carson Howard speaks at his signing ceremony in the St. James gym on Friday morning.

Howard signs his letter of intent to play baseball at North Alabama as his father Rick, mother Trish and brother Jackson look on.

Carson Howard puts on North Alabama baseball cap after signing a letter of intent to play for the Lions on Friday.

Howard hugs his mother Trish after signing with North Alabama on Friday.

The coronavirus pandemic has created some uncertainty in recruiting, especially for spring sports as athletes were offered another year of eligibility by the NCAA, creating a logjam of returning players that will affect the number of scholarships awarded.

There wasn’t any uncertainty for St. James senior Carson Howard, however. As soon as North Alabama head coach Mike Keehn offered him a scholarship, Howard knew where he wanted to attend college.

“I chose UNA, not only because I felt like it was a fit for me, but my family lives up there and it’s like a second home,” Howard said. “The coaches there are awesome, the staff is amazing, the facilities, it just seems like a family there. It reminds me of St. James.”

Howard announced his intentions at a signing ceremony in the St. James gym on Friday, signing a letter of intent to play for the Lions in front of family, friends and classmates.

“I’ve had Auburn inquire, Alabama, just about every school around this area,” St. James coach Keith Lucky said. “I knew he was going to get his opportunity, it was just a matter of what fit best for Carson. Once he knew that UNA was where he wanted to go, that’s all he cared about.

“You want to find a fit for each athlete, it’s not just to go somewhere as a status symbol, it’s going where you love the school, where you feel comfortable and where you want to play. I can relate to it because I did the same thing.”

Howard has been a starter at St. James since the eighth grade, starting that 2017 season at second base (before later moving to shortstop). Although he’s been a mainstay for the Trojans over the last four years, it hasn’t always been easy, he noted.

“The amount of ups and downs in this journey are more than you would expect,” Howard said. “The days where I’ve been so discouraged, sit at home and do nothing, days where I felt baseball was not what I wanted to do, I just had to tell myself ‘give it a week, the results will be worth it.’ I kept telling myself that every week. It was until the summer this year when I felt like I’ve got this and I don’t have to worry about it any more.”

“We feel that Carson has a tremendous opportunity to be a weekend starter in the ASUN in the early stages of his time here at UNA,” Keehn said in a release from the university. “Carson has an electric fastball that consistently sits 89-91. Carson produces advanced downward angle and command of his fastball. In addition, he is advanced as he shows ability to command the breaking ball and change-up at a high level in any count. Carson’s personality has an edge and competitive level that you cannot teach, which allows him to compete at another level. Carson will also have opportunity to impact our program significantly as a dual player. He has very natural athletic actions on defense and exhibits enough arm strength and hand skills to be in our infield. As Carson matures physically at the plate he shows a great feel for barrel control and rhythm that we feel he will also impact our lineup.”

His last complete season at St. James was in 2019 as a sophomore when he struck out 86 batters in 57.1 innings while compiling a 1.21 earned run average. At the plate, he batted .416. His ERA was roughly the same in the coronavirus-shortened 2020 season and his batting average was steadily climbing after a slow start to the season.

He had offers from North Alabama and Western Carolina and a ton of interest for Power Five schools who are still sorting through their coronavirus issues as they weigh which players will receive offers.

Howard wasn’t interested, however. He already had the offer he wanted.

“Could there have been bigger, reputation wise, schools that could have offered me? Yes,” he said. “Would I have taken them? In all honesty, no. I feel like UNA is right for me, I have a good chance of playing early, I feel like I’ll capitalize on the best opportunities there. To me, UNA is just a fit. As soon as they offered me, I knew it was the place for me to go.”