Skip to main content
You have permission to edit this article.
Edit
Home
News
Sports
A & E
Opinion
The Whirl
Legal Notices
School
1 of 4 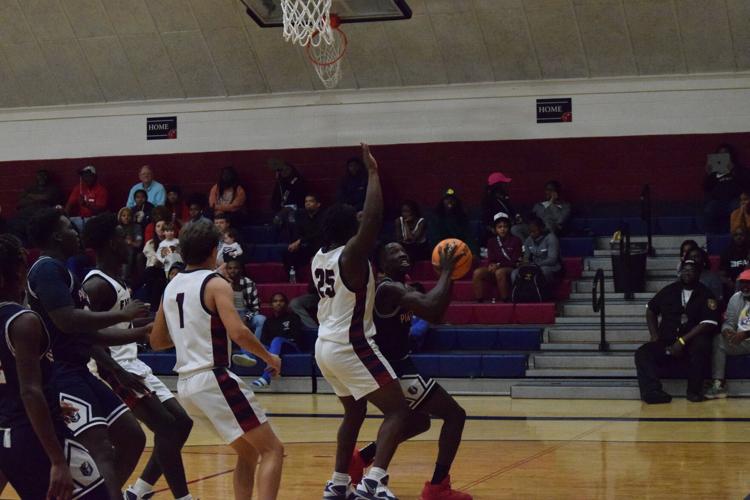 Pike Road's Jayden Cooper tries to get off a shot over Montgomery Academy defender Jashawn Cooper. 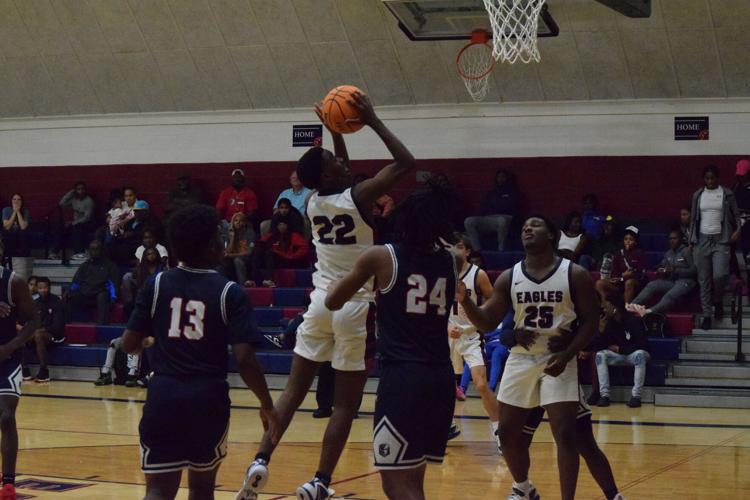 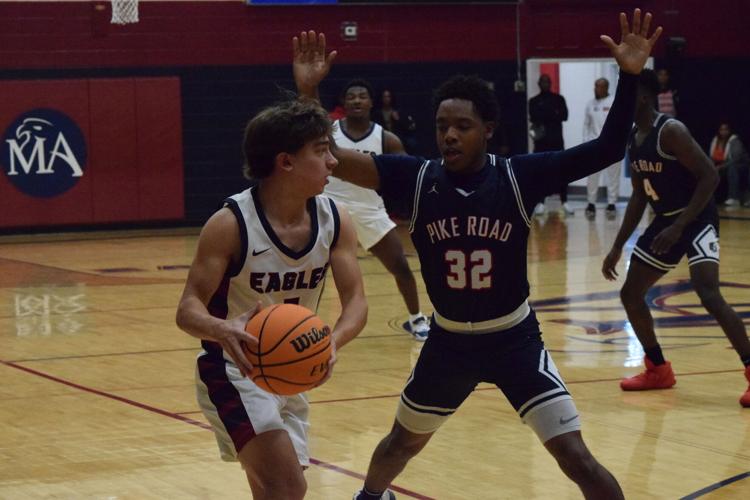 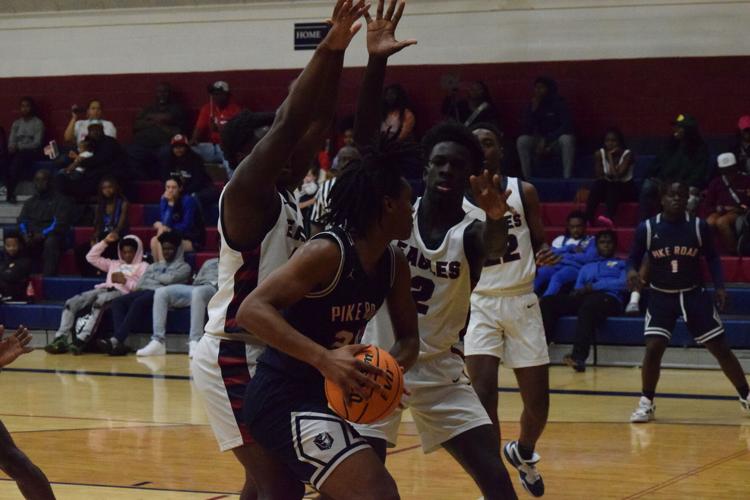 Pike Road's Jayden Cooper tries to get off a shot over Montgomery Academy defender Jashawn Cooper.

Fresh off a win over Autaugaville in the tournament semifinals, Montgomery Academy was anxious to take another step with its young basketball team and for a half, the Eagles were up to the task of defending Class 6A Pike Road.

The second half was another story as the Patriots forced the inexperienced Eagles into a rash of turnovers and pulled away to a 60-47 victory in the championship game of the Coach Larry Chapman Foundation Tipoff Classic at Montgomery Academy’s Joe Mooty Court on Wednesday afternoon.

For the better part of a half, Montgomery Academy forced the Patriots to score in its halfcourt offense and Pike Road struggled to keep up, scoring the last basket of the first half on a steal and layup to trim the deficit to 25-22.

That was a sign of things to come as the Patriots converted turnovers into layups and dominated the backboard on both ends of the court in the second half.

“In the half court, we were defending well,” Montgomery Academy coach Jeremy Arant said. “In the second half, that was the difference in the game. They probably had 15 or so points in transition and another 10-12 off of offensive rebounds. They turned us over a few more times and got some transition baskets. Offensive rebounds really hurt us in the fourth quarter.”

Jayden Cooper had 12 points in the first half and 18 more in the second half, finishing with 30 points to earn most valuable player honors.

“But he works really hard. Any time we can get one-on-ones or get him ‘iso’ somewhere, we like our chances. And if he starts to command double teams, then he can kick it to guys for shots and involve his teammates. It’s a work in progress but I’m thankful he’s on our team. I’d hate to play against him.”

But while Cooper was the chief scoring threat -- he had 34 in a tournament opening win over Loachapoka on Monday -- the difference in the game was the defensive pressure in the third quarter that reduced the effectiveness of Montgomery Academy’s leading scorers, DJ Vinson and Skyler Stovall. Stovall was forced to handle the ball, which kept him from penetrating as much and gave the Patriots the ability to concentrate on Vinson, holding both players to a basket each.

“I would say their pressure bothered us in the second half,” Arant said. “That’s kind of why we wanted to play this game against those guys so our young guys could learn through trial by fire.”

Threadgill was pleased with his team’s performance as he continues to develop several football players who are participating in basketball for the Patriots for the first time.

“They only can do what they can do, so trying to get these guys to go through an offense and look crisp is just not what we are yet,” Threadgill said. “But running and jumping is. That was the difference, turning up the defense. These guys are getting in shape and we feel like we can play another quarter or two and that’s the difference between our team and a lot of other teams.”

Cole Caddell and Stovall led Montgomery Academy (2-1) with 17 points each, followed by Vinson with eight. The Eagles travel to Prattville Christian on Monday.

Alijah Hicks and Jordan Holmes each had 10 points for Pike Road. The Patriots (4-3) return to action on Tuesday at home against Sidney Lanier.

Conner Williams has 23 points and 11 rebounds to lead Prattville Christian past Autaugaville in the consolation finals of the tournament.

PCA (3-3) will play host to Montgomery Academy on Monday.

The game was close until PCA started connecting on 3-pointers and pulled away in the second half. Autaugaville (4-2) played without head coach Darren Golson and is now 62-5 over the last three seasons, with four of those losses coming in the Chapman Foundation Tournament.

Jaden Nixon led the Eagles with 35 points, followed by Deshawn Hall and Cortez Parker with 10 points each.