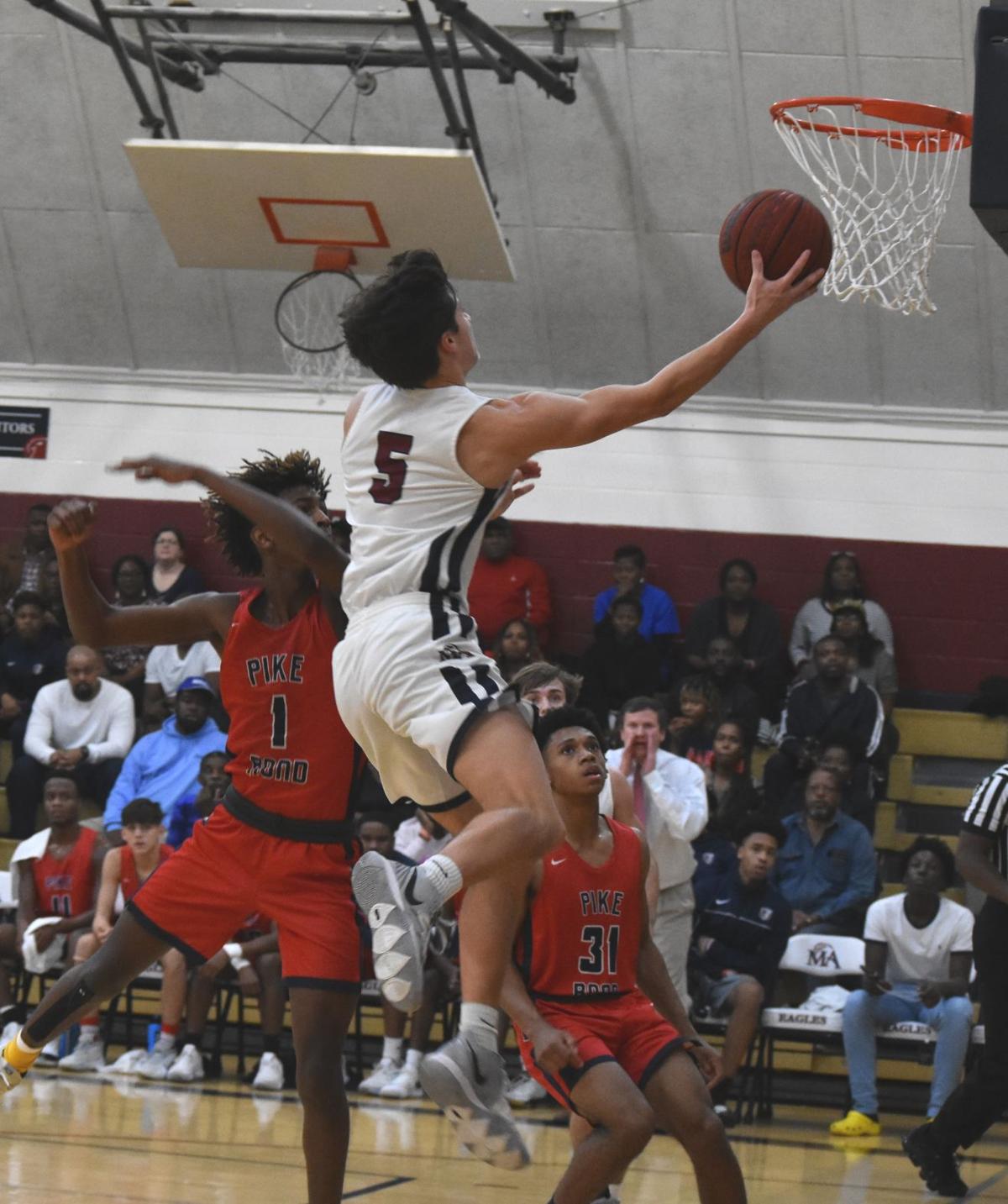 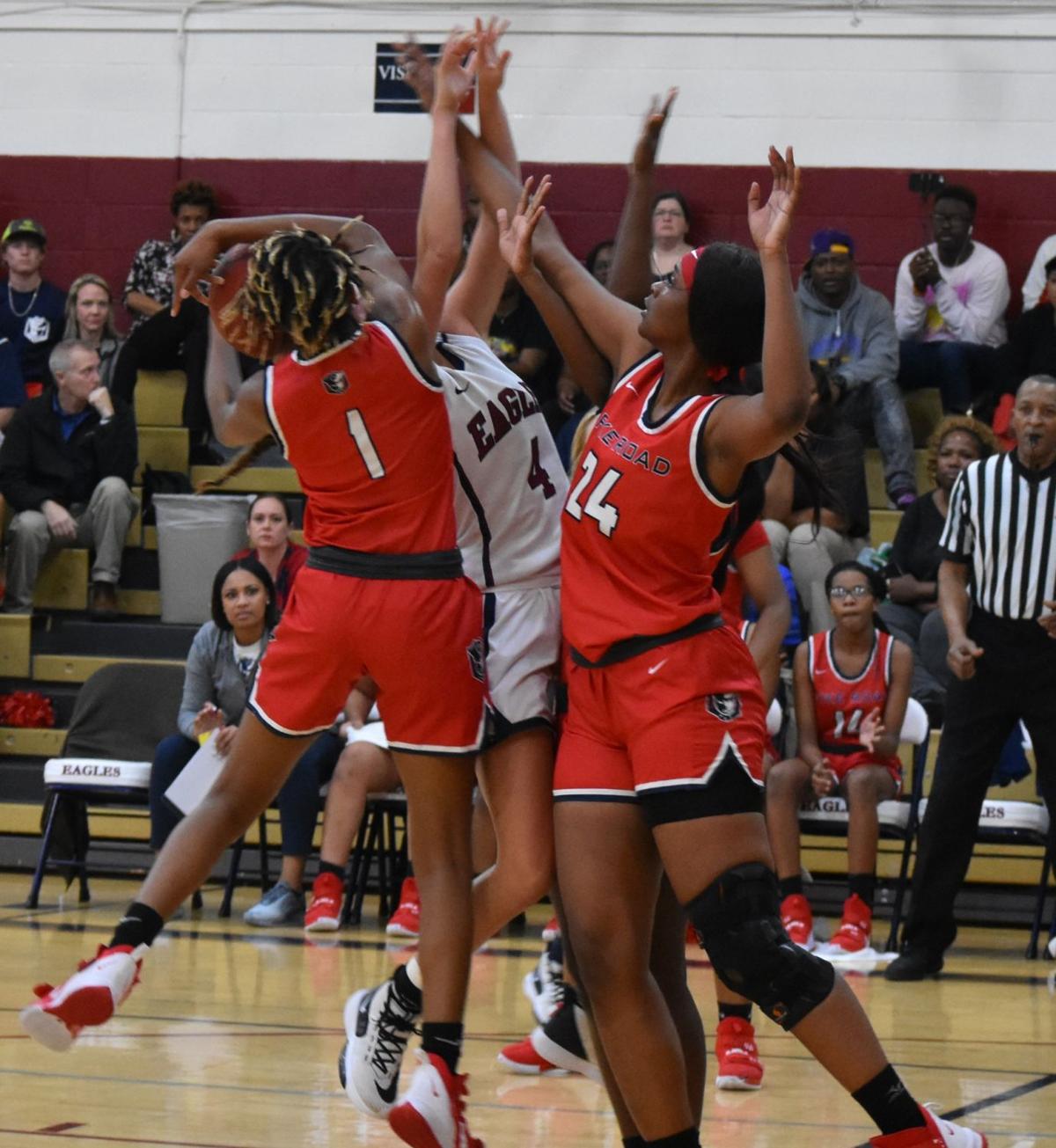 The Pike Road size gave MA a tough time making progress in the lane. Here Leighton Robertson (4) is outnumbered and outsized by Patriots. 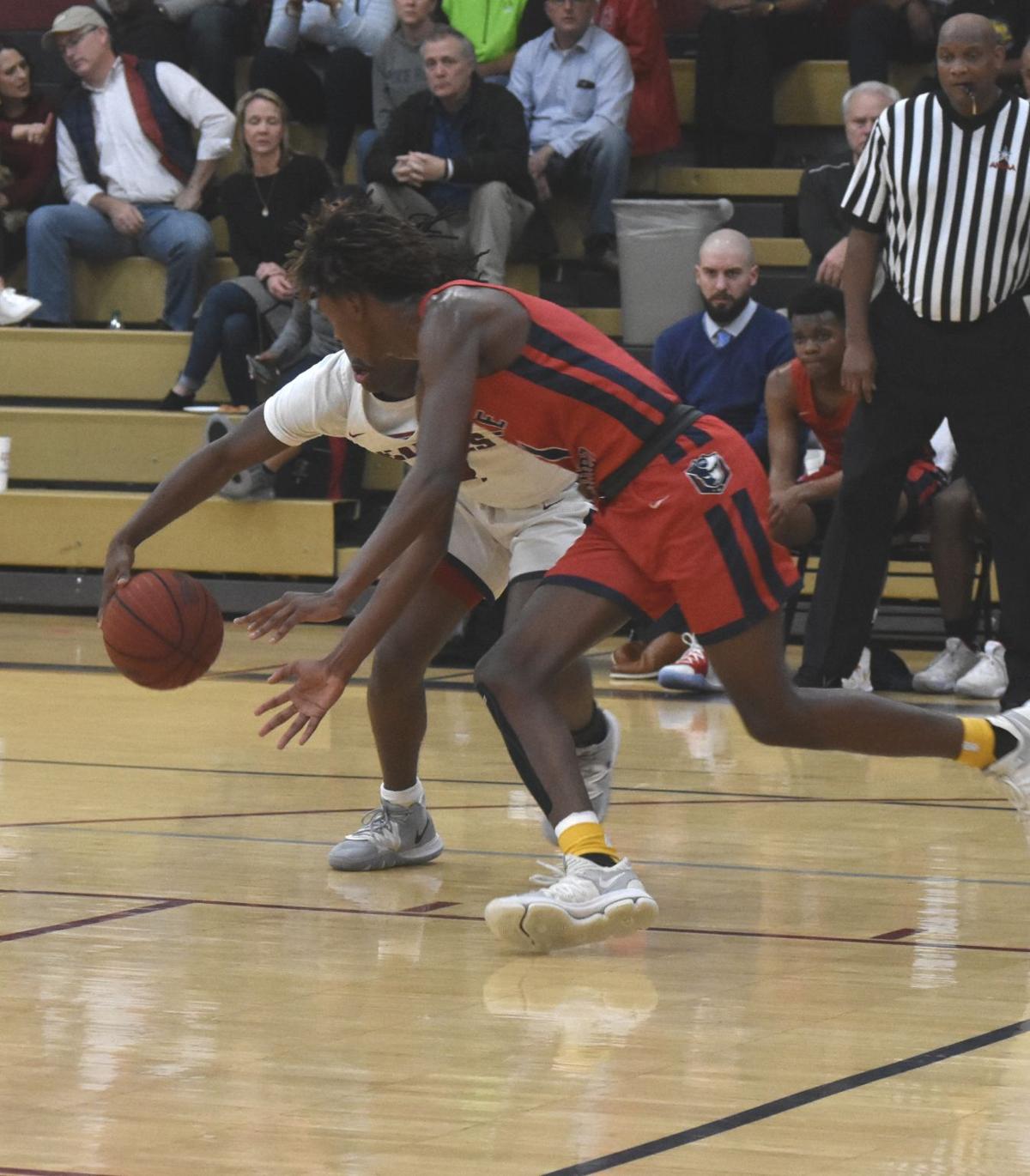 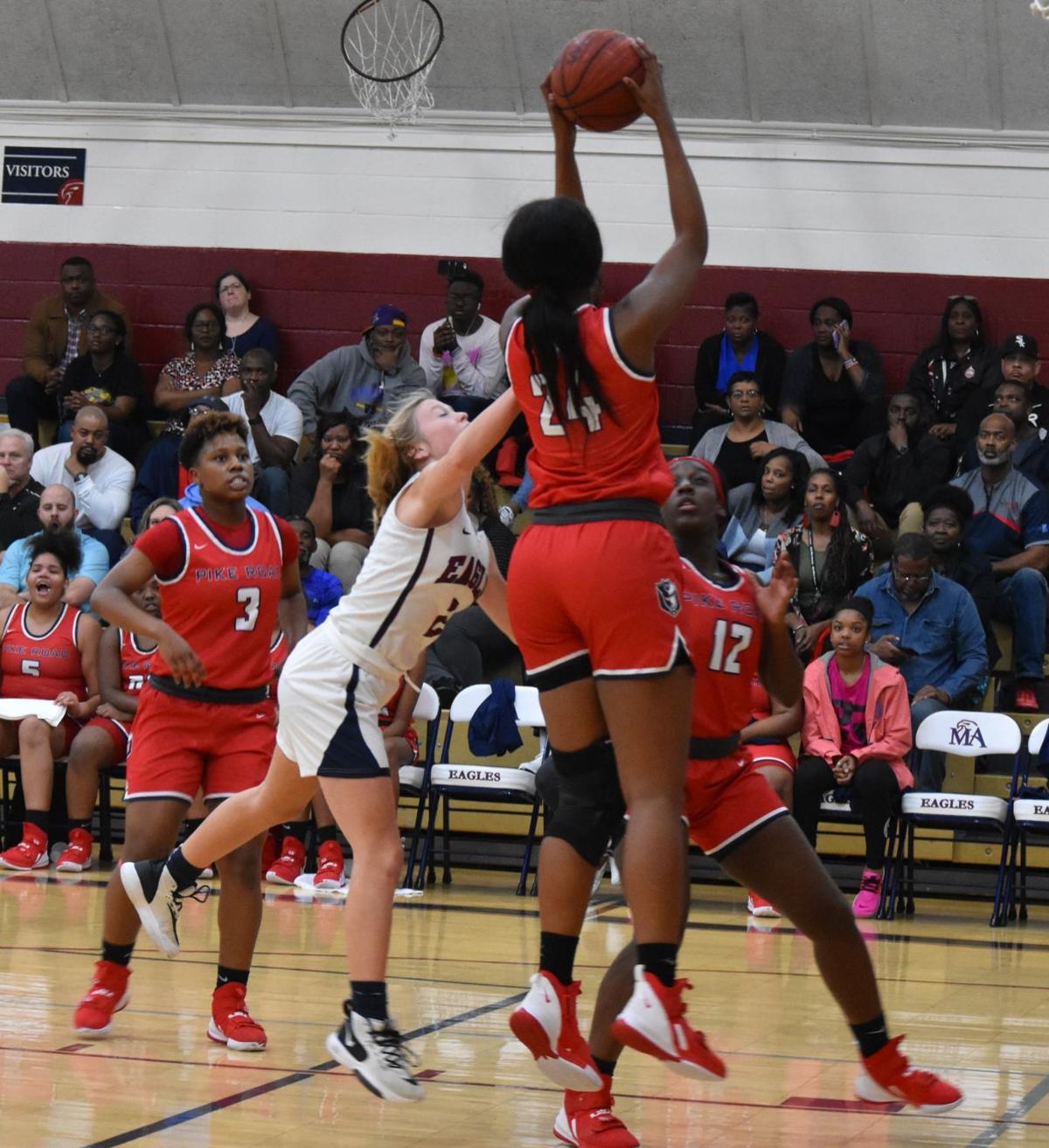 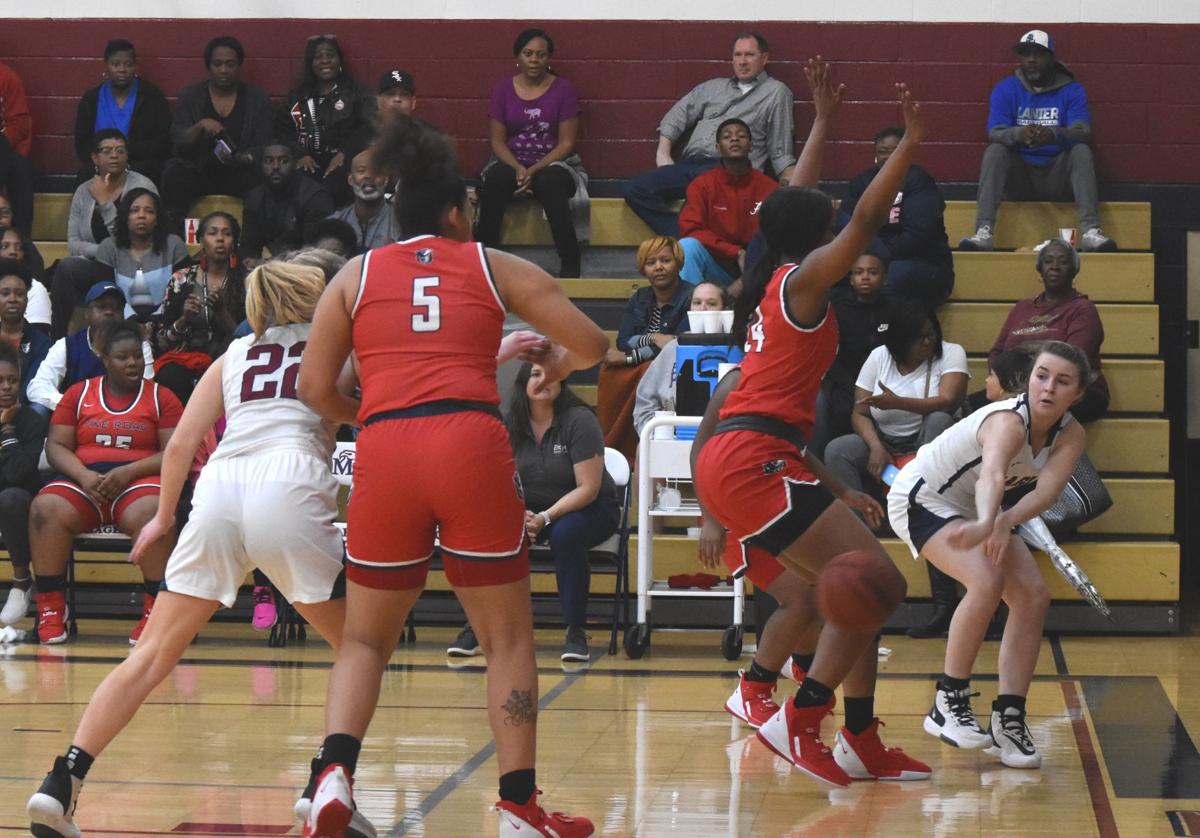 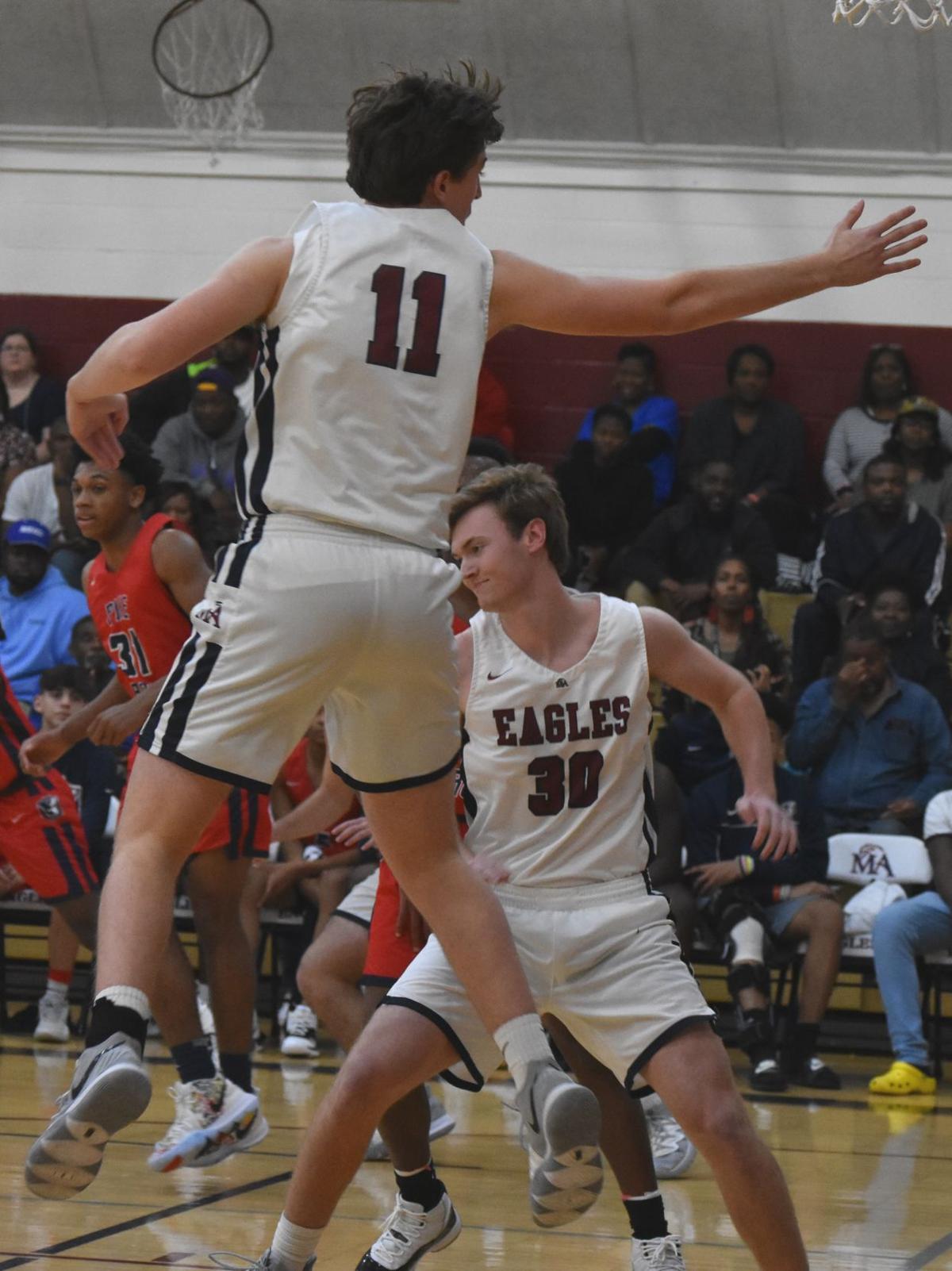 The Pike Road size gave MA a tough time making progress in the lane. Here Leighton Robertson (4) is outnumbered and outsized by Patriots.

Pike Road boys downed Montgomery Academy Tuesday night 76-64. The Patriots outscored the Eagles by 10 points in the second quarter which proved to be the difference in the game. MA got close in the second half but couldn’t overtake the Pats down the stretch.

Oliver Bear led MA with 20 points 6 rebounds and 5 assists, while Britton Kohn added 19 points 7 rebounds and 6 assists. William Norrell also chipped in 8 points and 4 assists. MA falls to 11-7 on the year and 1-2 in area play.

Shaun Harris and Tre Wallace led Pike Road with 20 points each. Blake Durham scored 15 points and Charles Carter added 8 points. “Big team effort. MA has some great shooters and pressure our defense well. We had some great help off the bench and glad to get this area win,” Pike Road coach Robb McGaughey said.

Pike Road girls defeated MA 54-46 in what may be the first of four meetings before the season concludes. The Patriots with a noticeable amount of new players compared to last year possessed a huge size difference over the Eagles. MA had difficulty rebounding and driving into the lane because of the Patriots’ size, plus MA turned the ball over 22 times. The Eagles still played one of their better games of the season and actually took the lead late in the third quarter when Madi Caddell drained a 3-pointer. Pike Road bounced back and held off the Eagles for the critical area victory in what was a rough physical game.

Jahkiah Lewis had 13 points to lead the Pats and Skye Harris contributed a dozen points.