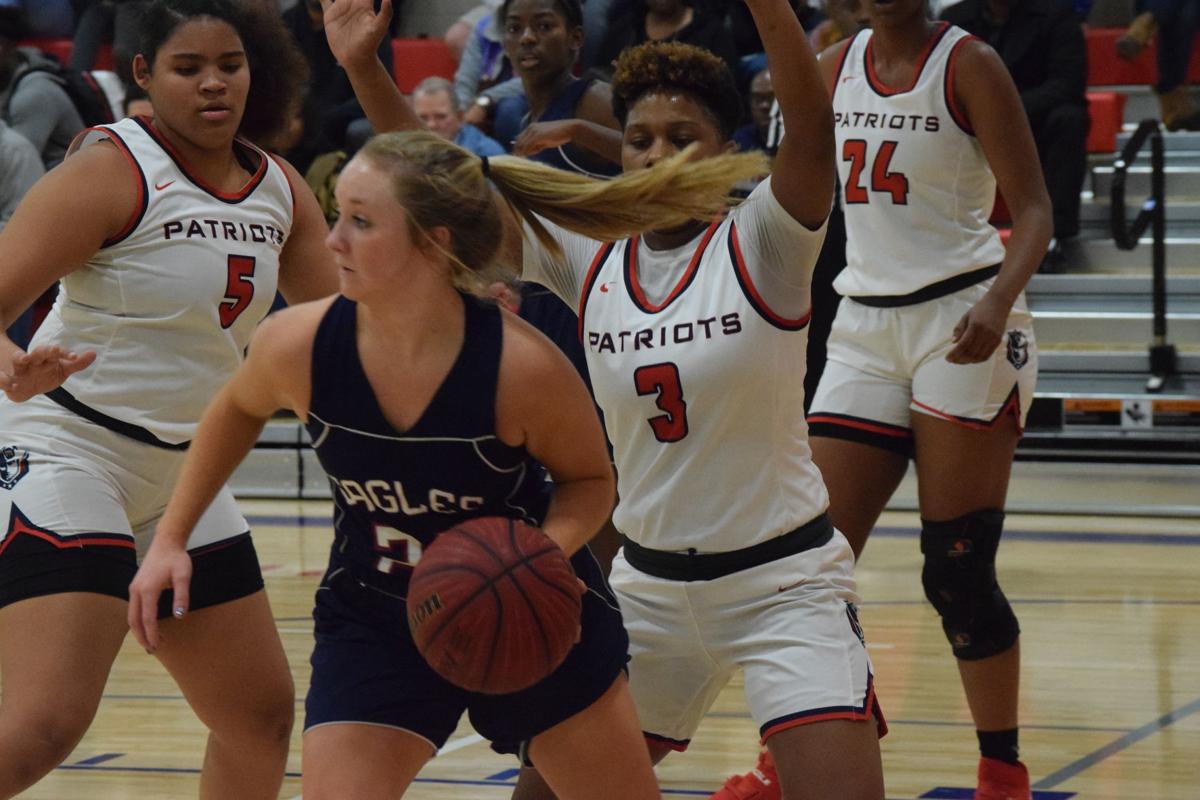 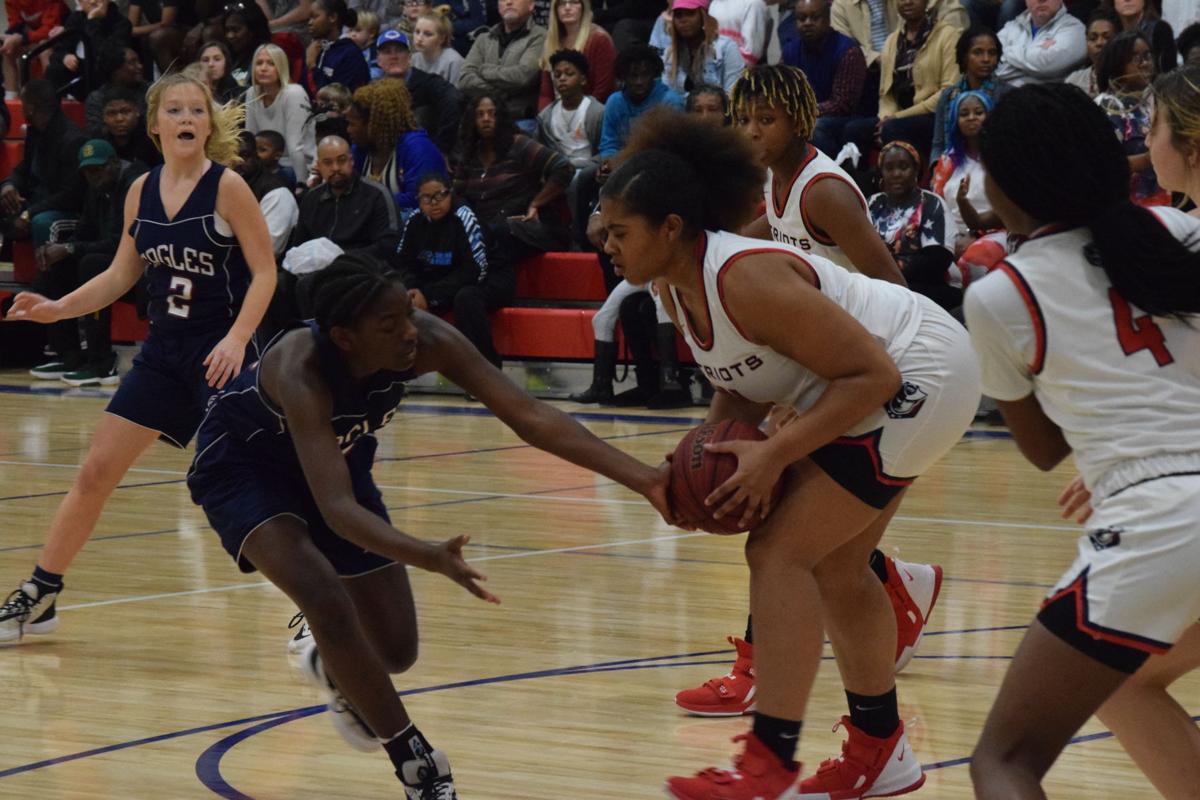 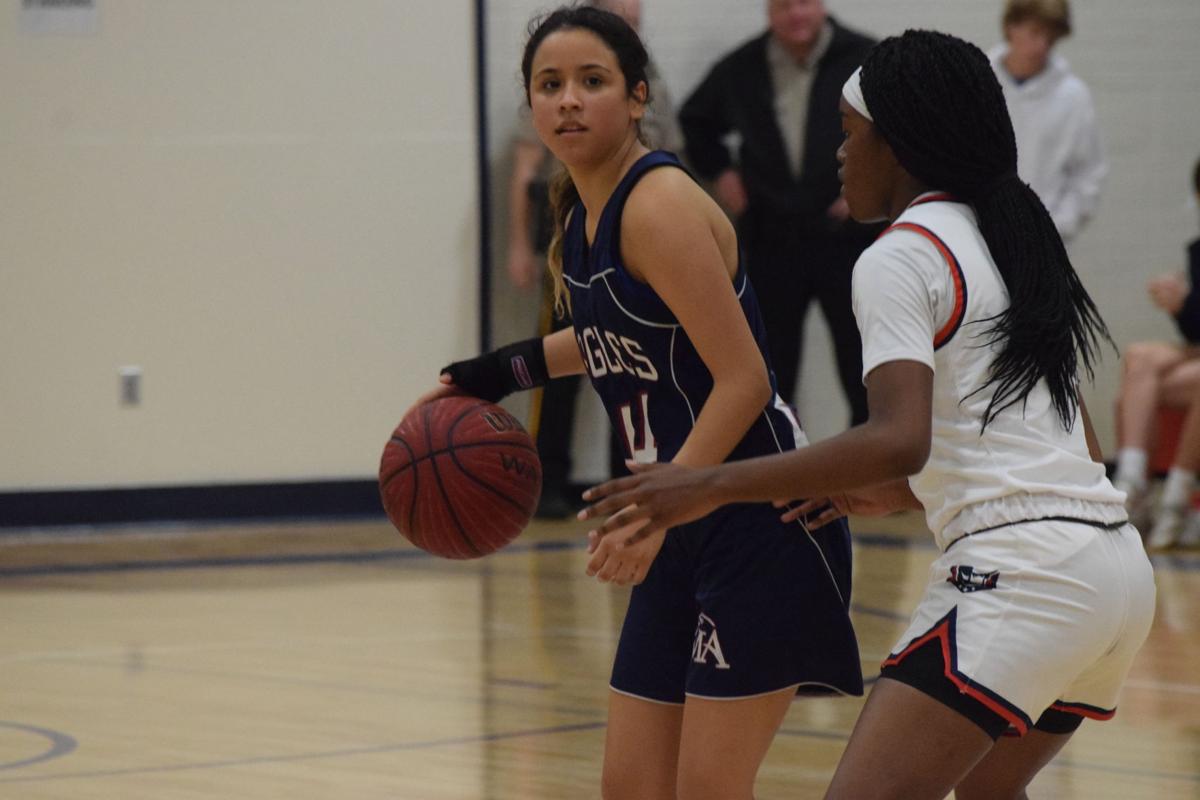 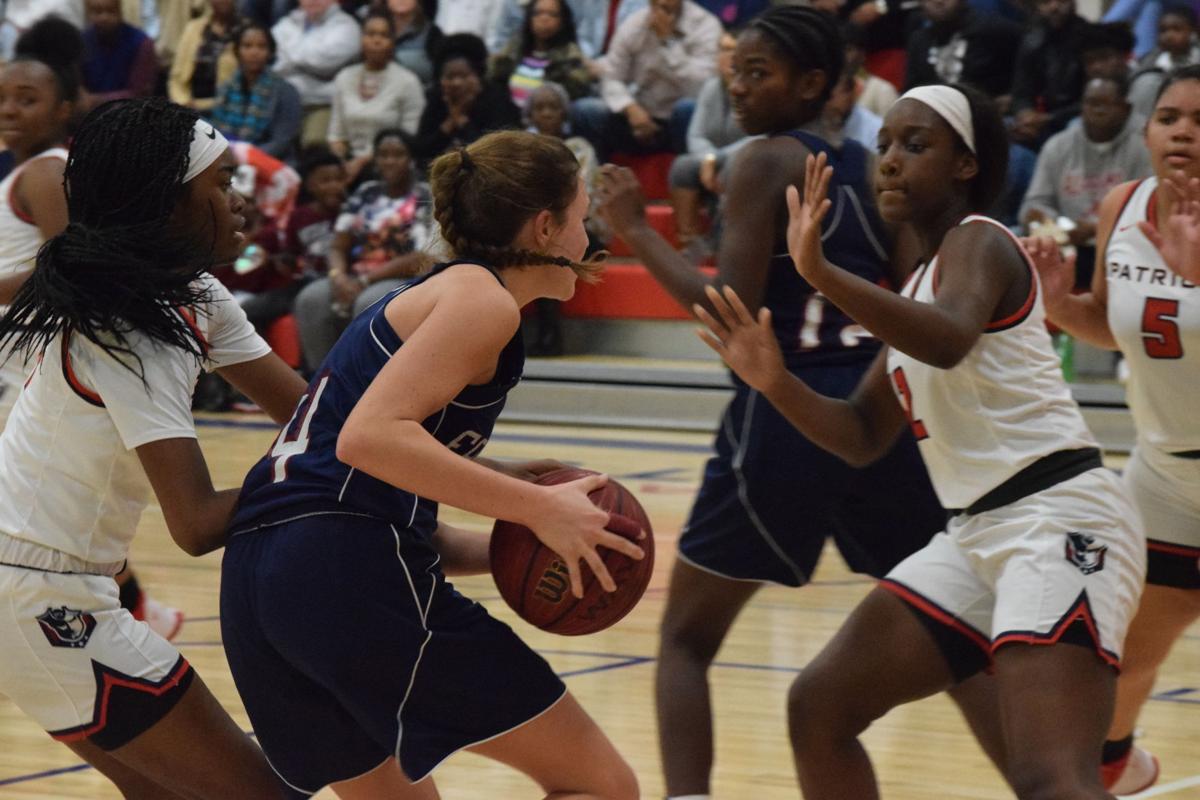 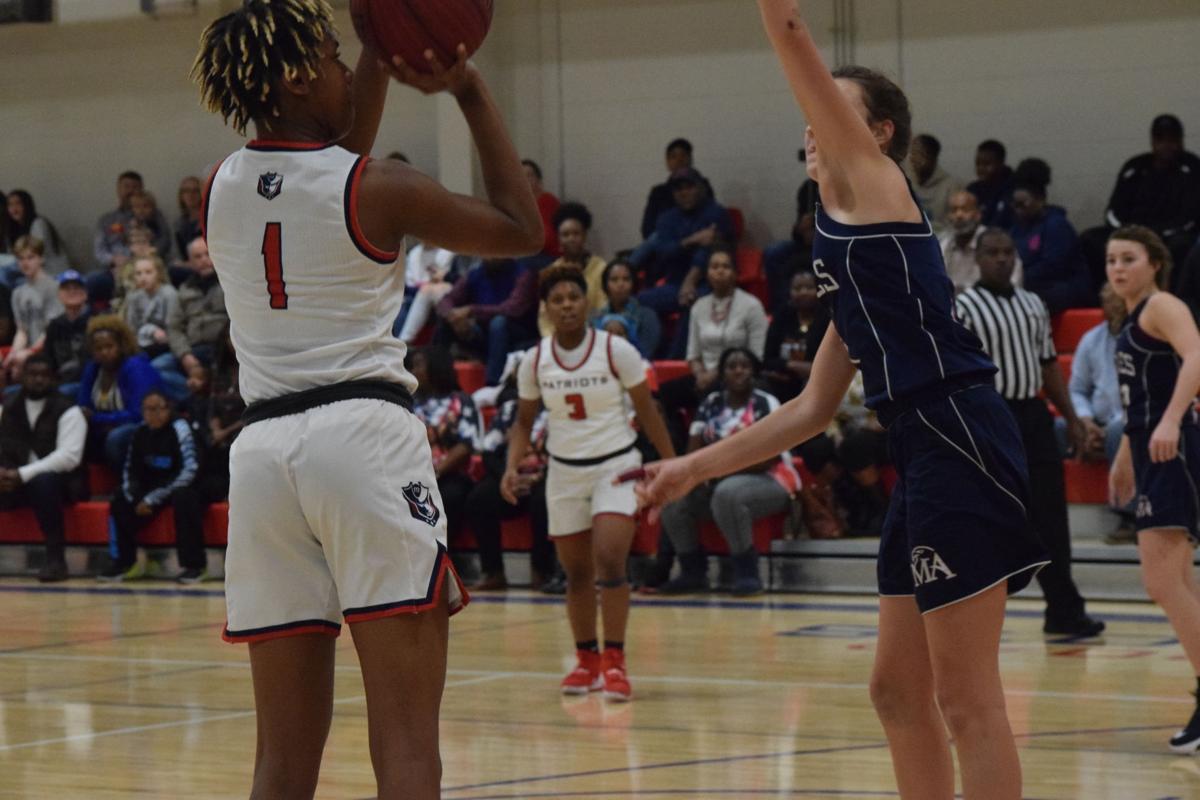 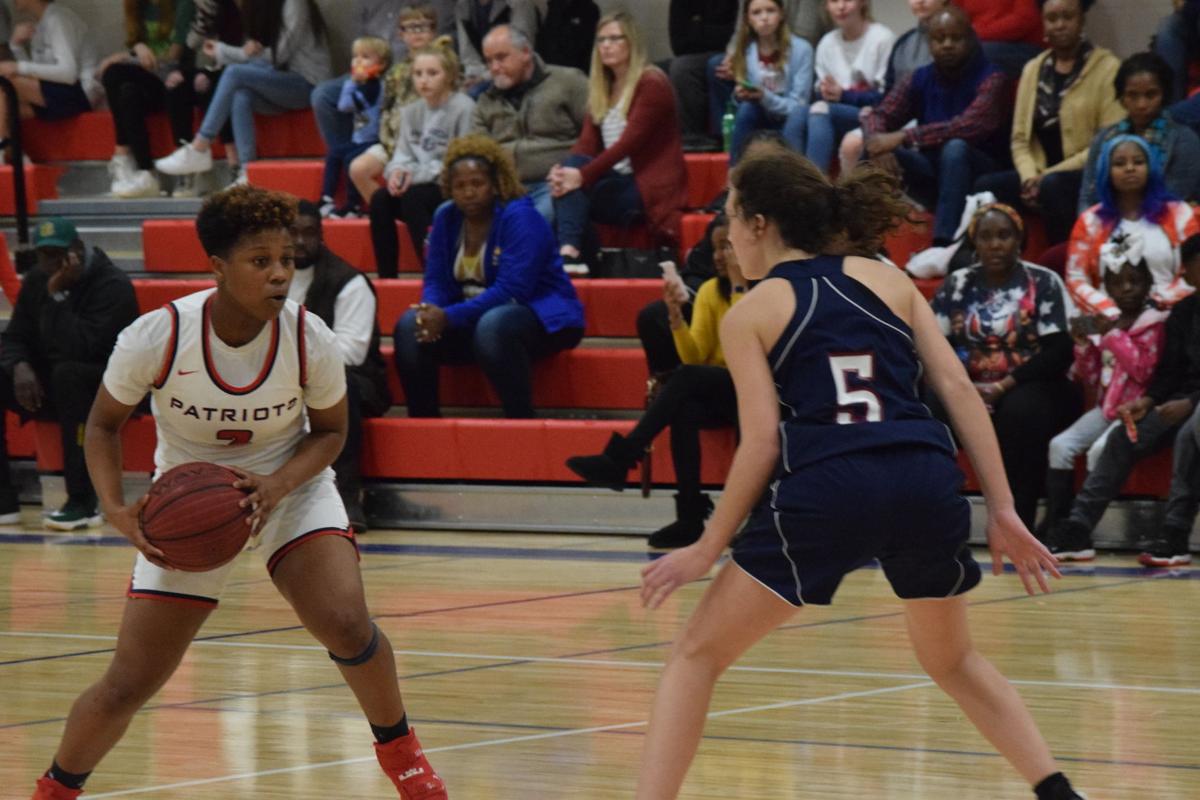 On Friday night, the Pike Road girls made history by earning the right to stay home for the area tournament.

The Patriots poured it on with seven 3-pointers and a strong inside game, pulling away from a tie game early in the second quarter and routing Montgomery Academy 58-41 in the Pike Road gym, a far different outcome from the tightly contested game the teams played two weeks ago in the Montgomery Academy gym.

“Honestly, I think it was home-court advantage,” Pike Road coach Courtney Ward said. “Last time, we had two of our starters foul out. This time, we’re at home, we feel more comfortable at home. It’s just something they (Pike Road players) actually wanted. MA is a team that beat us four times last year so it’s all about them wanting it and going out there and claiming it and owning it.”

With the win, Pike Road (21-4) clinched the first regular season area title in school history with a season sweep of Montgomery Academy. The Patriots – whose four losses have all come at the hands of 6A and 7A teams – will play host to the area tournament in two weeks and will face Bullock County in an opening round game.

“It’s something we instilled in them from day one, that they had the opportunity to make history at Pike Road,” Ward said. “It’s our job to coach them how they need to be coached and remind them that they are good enough to win area and good enough to go on further than that.”

With the loss, Montgomery Academy (18-5) settled for second place in the area race at 4-2 and will play St. James in an opening round game in the area tournament in two weeks in the Pike Road gym. A win likely would result in a third meeting with Pike Road and the two teams could be on a collision course – as they were last year – for another meeting in the regional finals two weeks later at Garrett Coliseum.

“They’re a tough team to beat,” Montgomery Academy coach Barry Fencher said. “They made shots. They made a couple of shots early against us the first time. This time, they consistently made shots. If they’re making shots, they’re just hard for us to handle.

“But I see enough stuff that we can capitalize on. I took some stuff from the first game. I didn’t show it and I don’t want to show it (now). Then I took some stuff we tried (tonight) and saw what was effective and I’ll take that. I may not even show it in the area (tournament) because it really doesn’t matter. I’m just trying to make it to the regional with enough ammo.”

If the Patriots are hitting from the outside, they may be impossible for anyone to stop. Montgomery Academy kept pace in the first quarter and it was 15-15 in the early moments of the second quarter when Skye Harris lit up the Eagles with a pair of 3-pointers that allowed Pike Road to score 20 points and pull away to a 35-21 lead.

“We turned it over,” Fencher said. “We did some good things in the first quarter, then we got away from what we were doing. We’re not a very disciplined team when it comes to handling the ball and from this day forward, we’ve got to be better because it’s getting to the point where the games matter.”

Harris blistered the Eagles for 22 points, hitting four of the Patriots’ seven 3-pointers. Forwards Tamirea Thomas and Sakoya Knight combined for 19 points in the paint, with Thomas scoring 10 of those points.

“We saw them four times last year,” Ward said. “I hope (the players) take it personally. As a player, I would. It’s totally up to them, if they want to feed them the same thing they did to us last year, it’s a guaranteed thing that they can do.”

Millie Stevenson led Montgomery Academy with 10 points as the Eagles struggled with their shooting, connecting on just 2 of 14 3-point shots. Madi Caddell added seven points, followed by Leighton Robertson and Anaya Thomas with six points each. MA travels to Prattville Christian on Saturday.