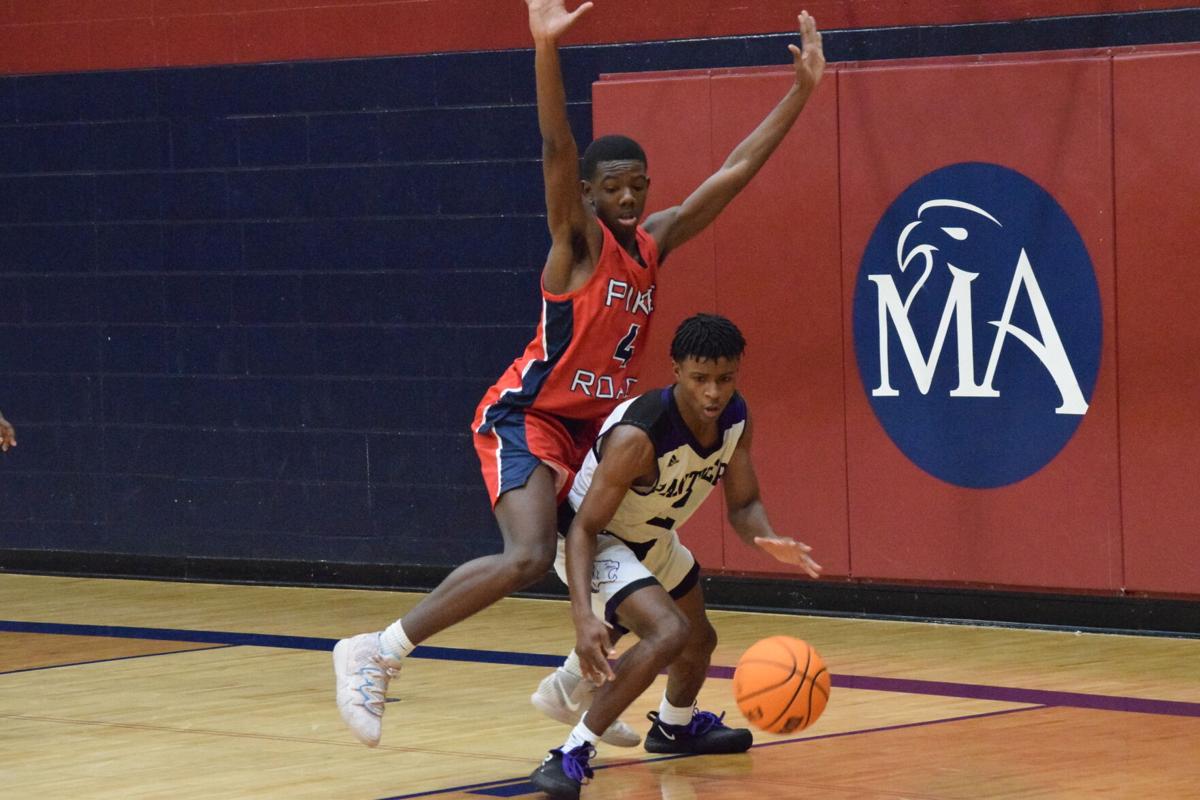 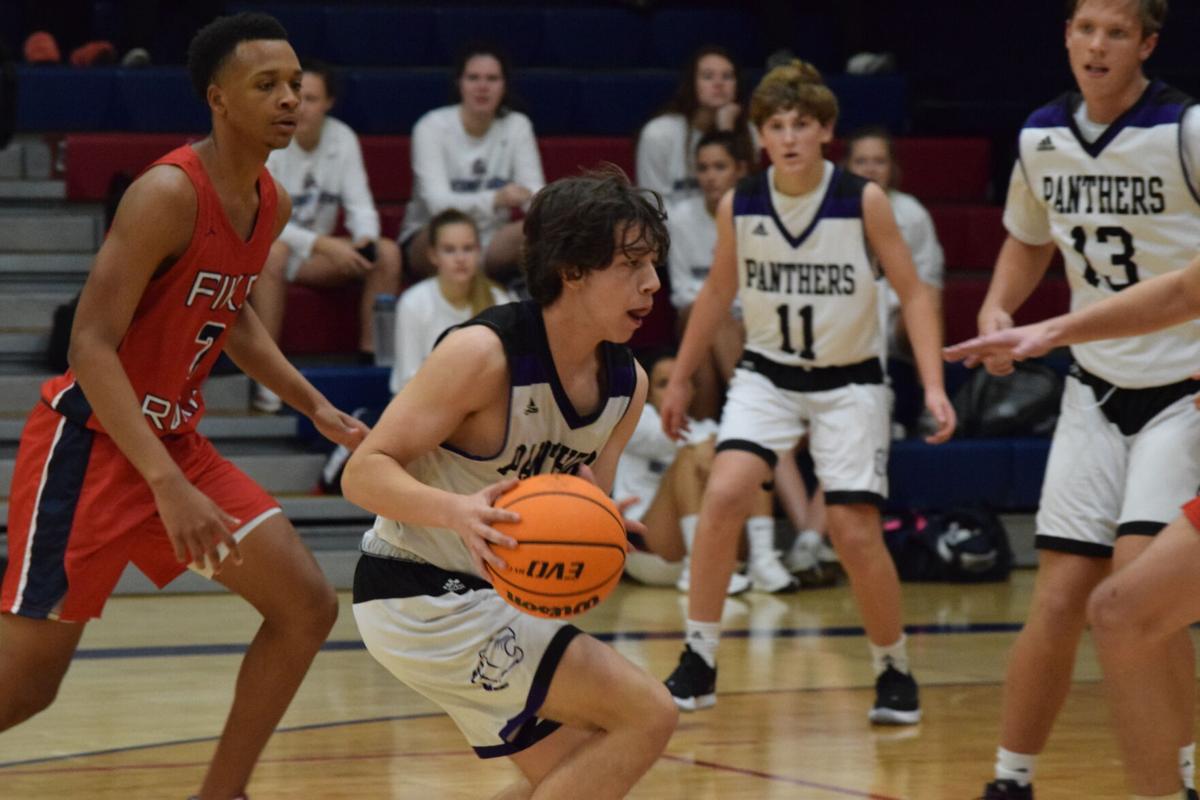 Prattville Christian's Brady Hughes brings the ball up the court against the Patriots on Tuesday. 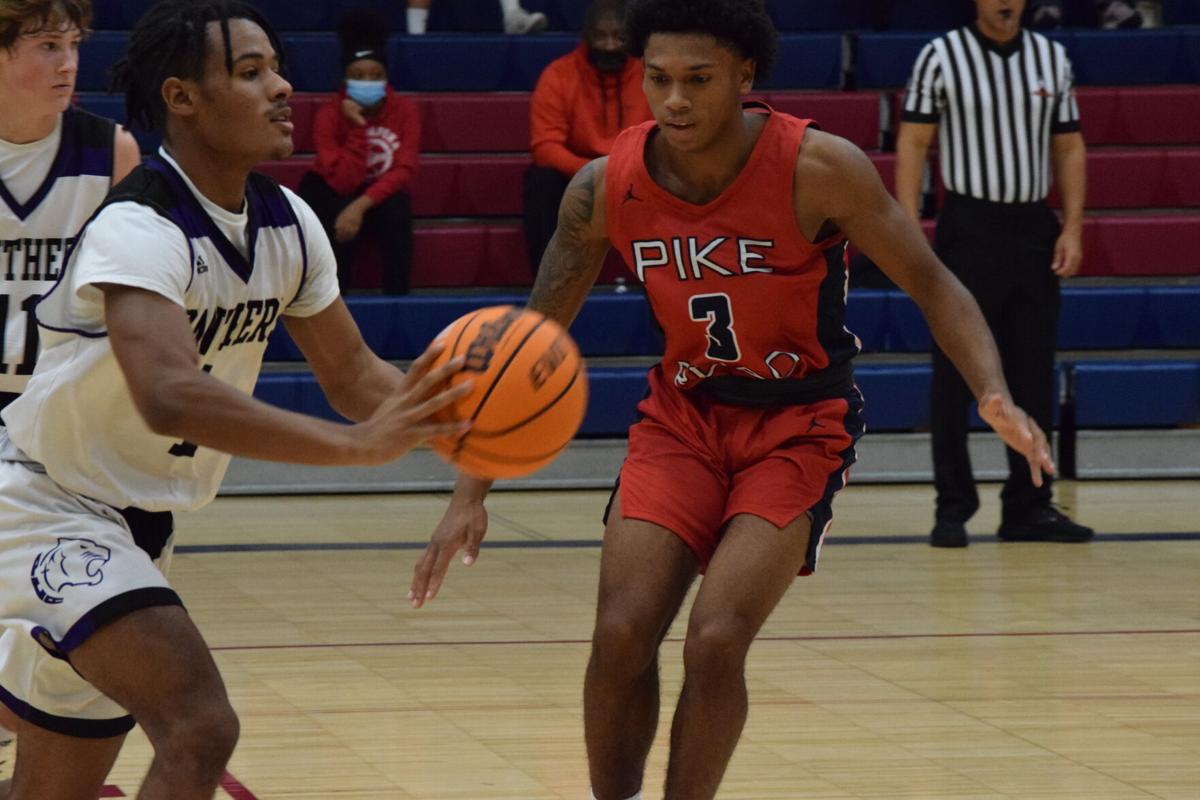 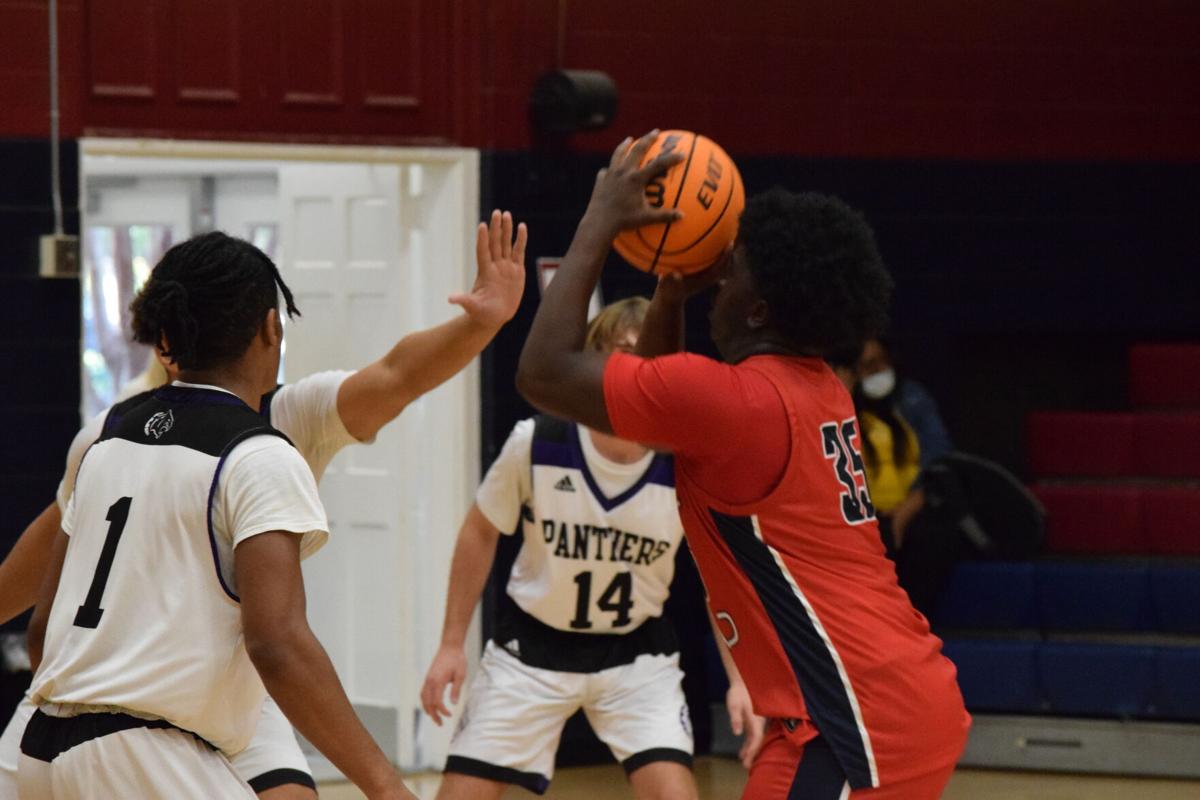 Pike Road's Jaylan Jarrett looks for a shot in the lane in Tuesday's game. 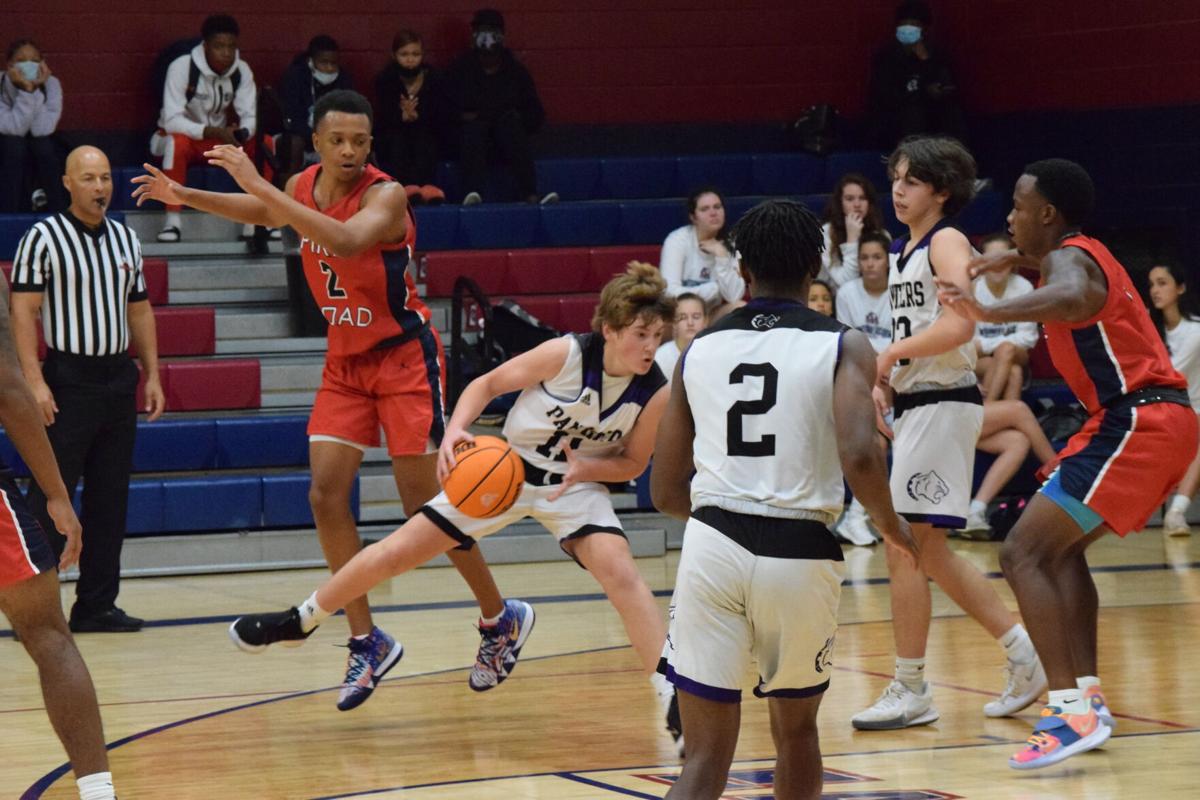 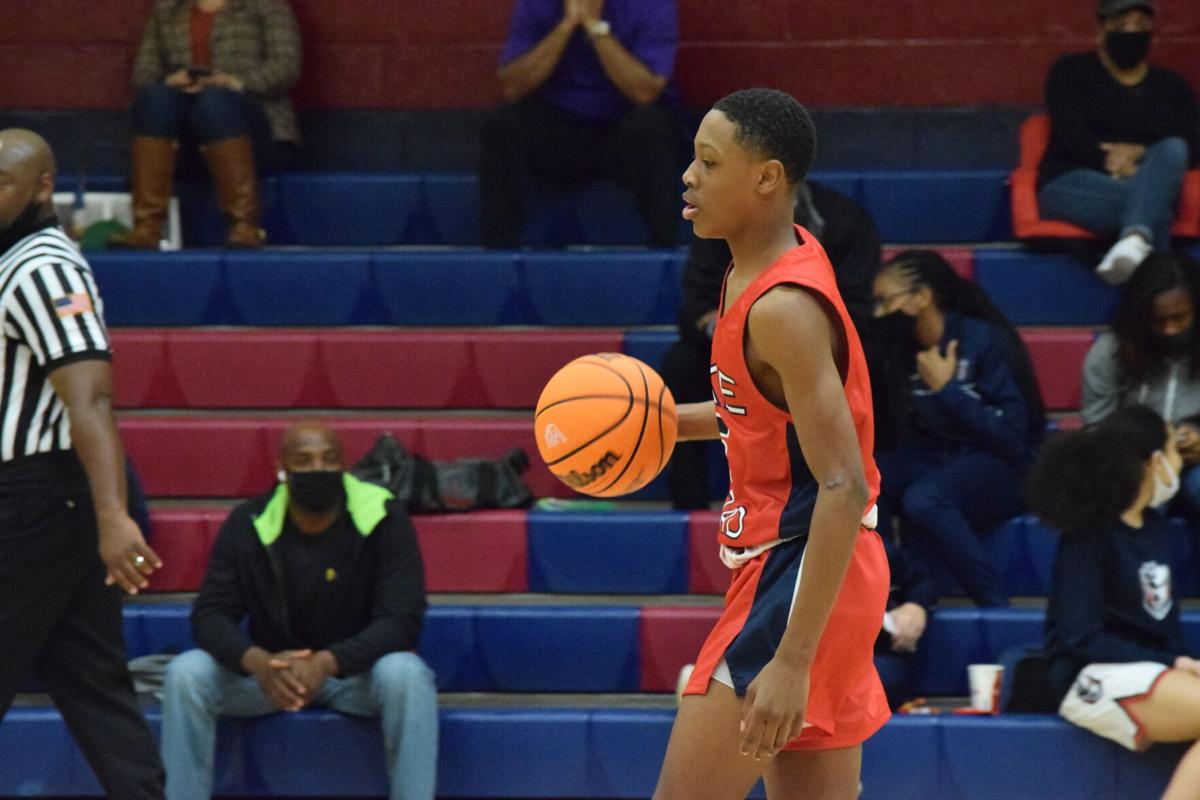 Pike Road's Roman Mothershed sets up the Patriots' offense in the second half.

Prattville Christian's Brady Hughes brings the ball up the court against the Patriots on Tuesday.

Pike Road's Jaylan Jarrett looks for a shot in the lane in Tuesday's game.

Pike Road's Roman Mothershed sets up the Patriots' offense in the second half.

Pike Road weathered a few early perimeter bombs from Prattville Christian Academy, then pulled away with a 29-point third quarter to defeat the Panthers 63-41 and advance to the championship game of the Coach Larry Chapman Foundation Tip-Off Classic at Montgomery Academy on Tuesday.

The Patriots (3-1) will face Sidney Lanier in the championship game on Wednesday at 3 p.m., rebounding from a shaky start on Tuesday with a strong second-half performance.

“This year, over 80 percent of my team came off the football field,” Pike Road coach Robb McGaughey said. “When we started, we only had two and a half days of practice before our first game and I said if we just improve every day in some aspect, we’re going to get where we want to in the end.”

Cole Houston drilled three 3s and Jacob Comer added another in the first quarter of Tuesday’s game as PCA trailed just 15-14 entering the second period. Pike Road turned up the defensive pressure, holding the Panthers to just four points the remainder of the first half, then turned to a fast tempo in the third quarter in a 29-10 run that quickly put the game out of reach.

“They came out and made some 3s on us and we made some adjustments and just locked down defensively, which I thought we should be capable of against them,” McGaughey said.

Pike Road defeated Marbury 64-43 in the tournament opener but McGaughey wasn’t particularly pleased with what he saw. Tuesday’s performance, however, was more to his liking.

“I just said mentally we can’t lose our composure,” McGaughey said, “and I felt like we kept our composure a little better today. I’m coaching teenage boys with raging hormones. We play an aggressive style and sometimes that aggression comes out but we’re getting better at tempering that.”

Trey Wallace scored 11 of his 24 points in the first quarter and continues to dominate the offensive production of the Patriots, even though all 11 players on the roster scored in Tuesday’s game.

“We’ve got a lot of weapons,” McGaughey said. “He’s obviously phenomenal, not only a fantastic athlete but a good basketball player, too, with a good IQ, quick, a good shot, but there are so many pieces around him. We’re a little different from last year, a little beefier, a little more of a football mindset, which I don’t think is a bad thing. We play aggressive and physical.”