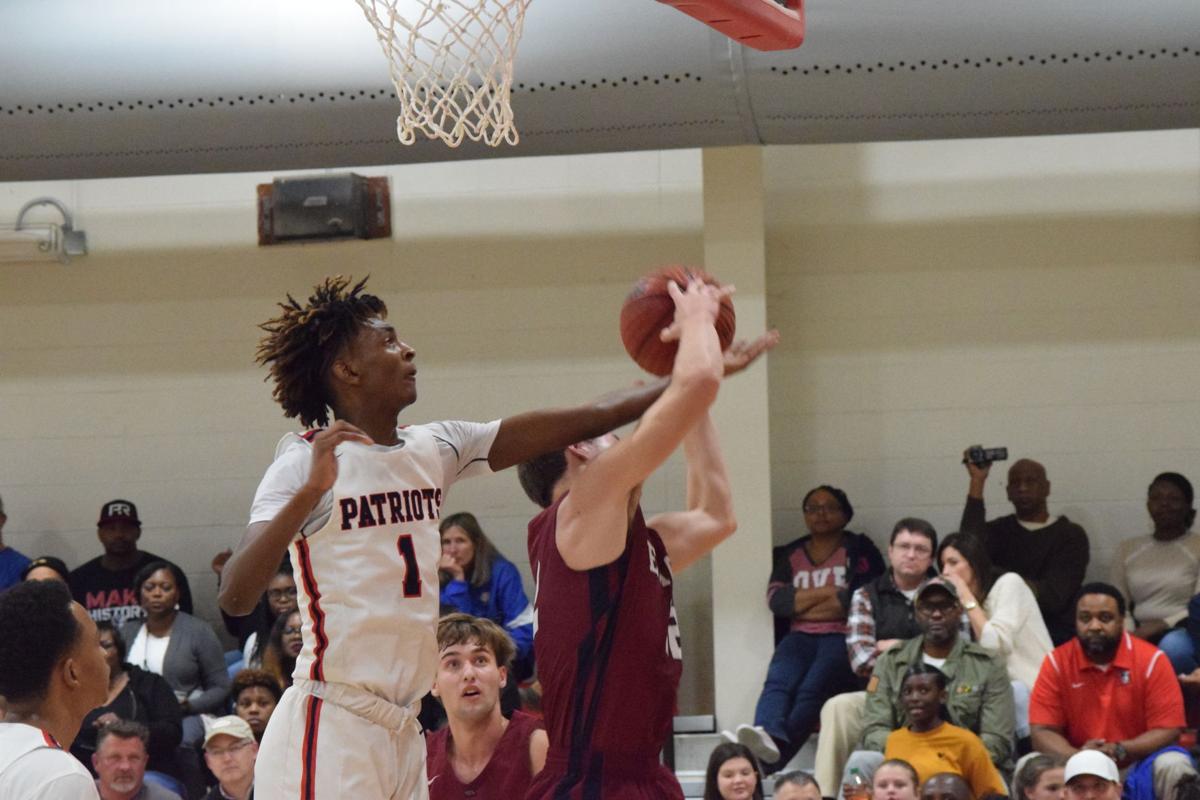 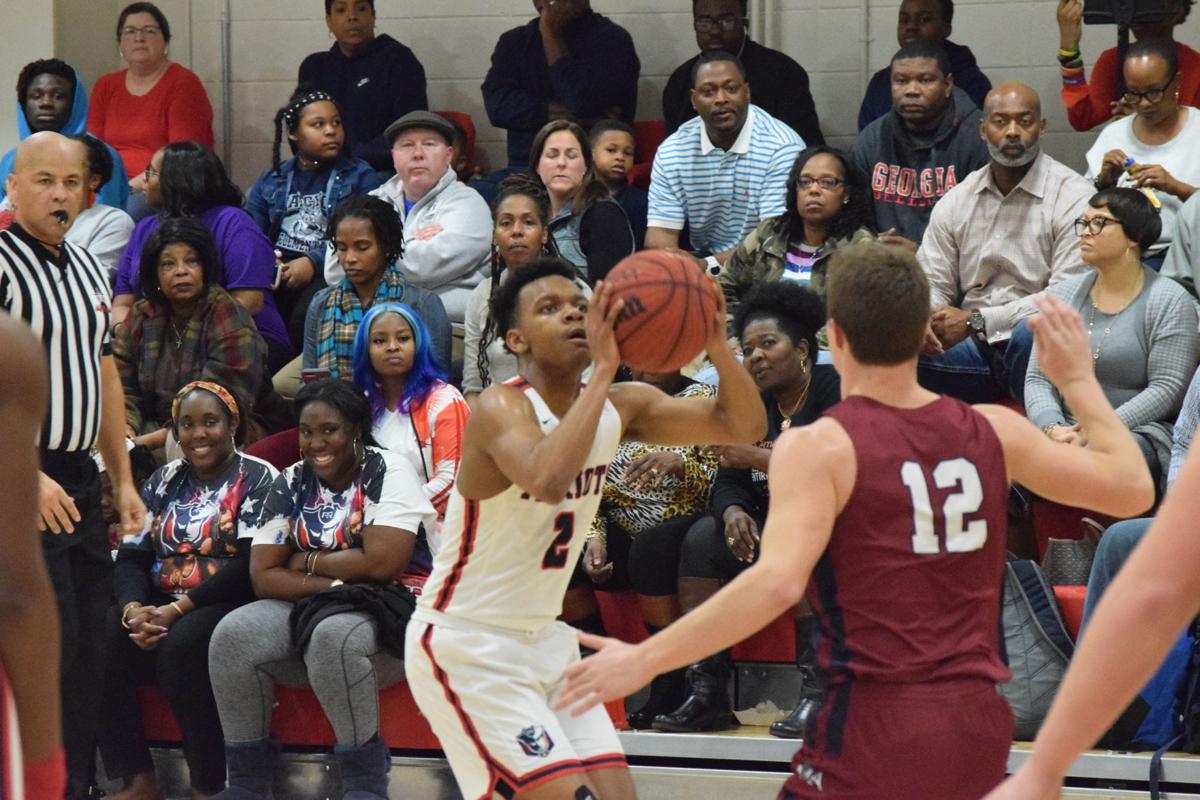 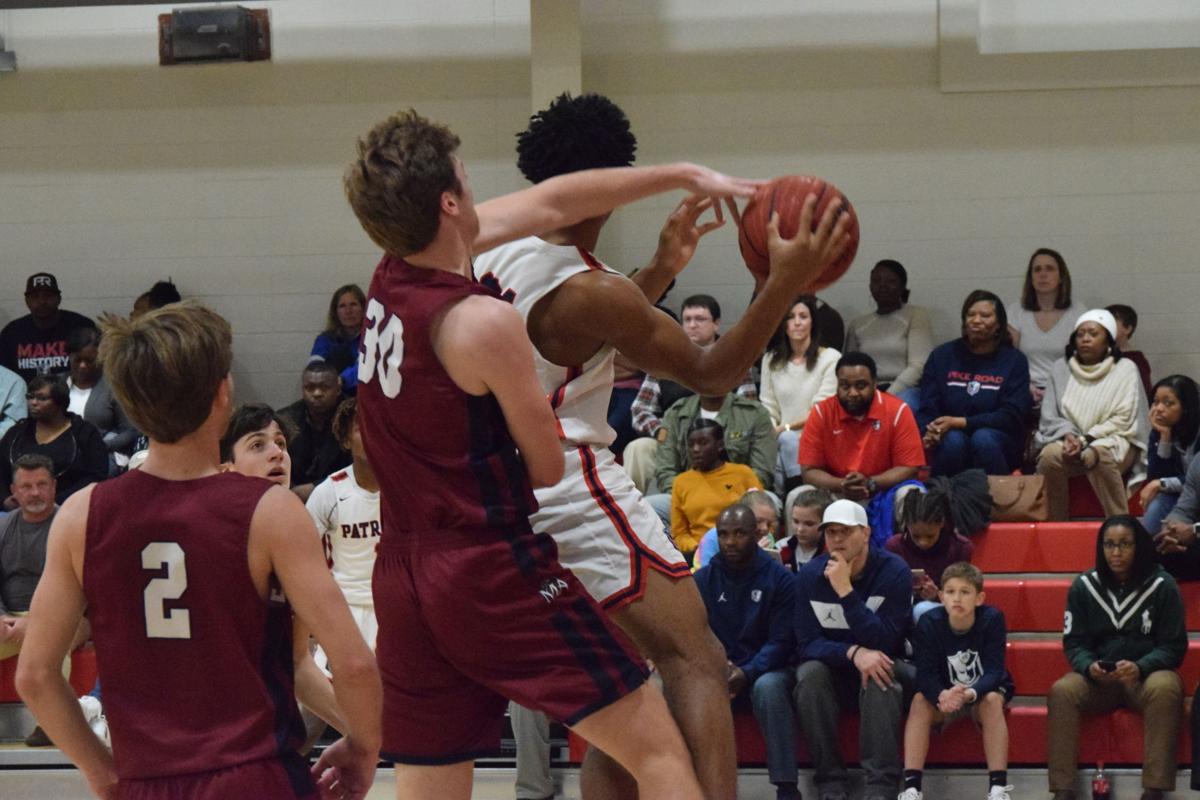 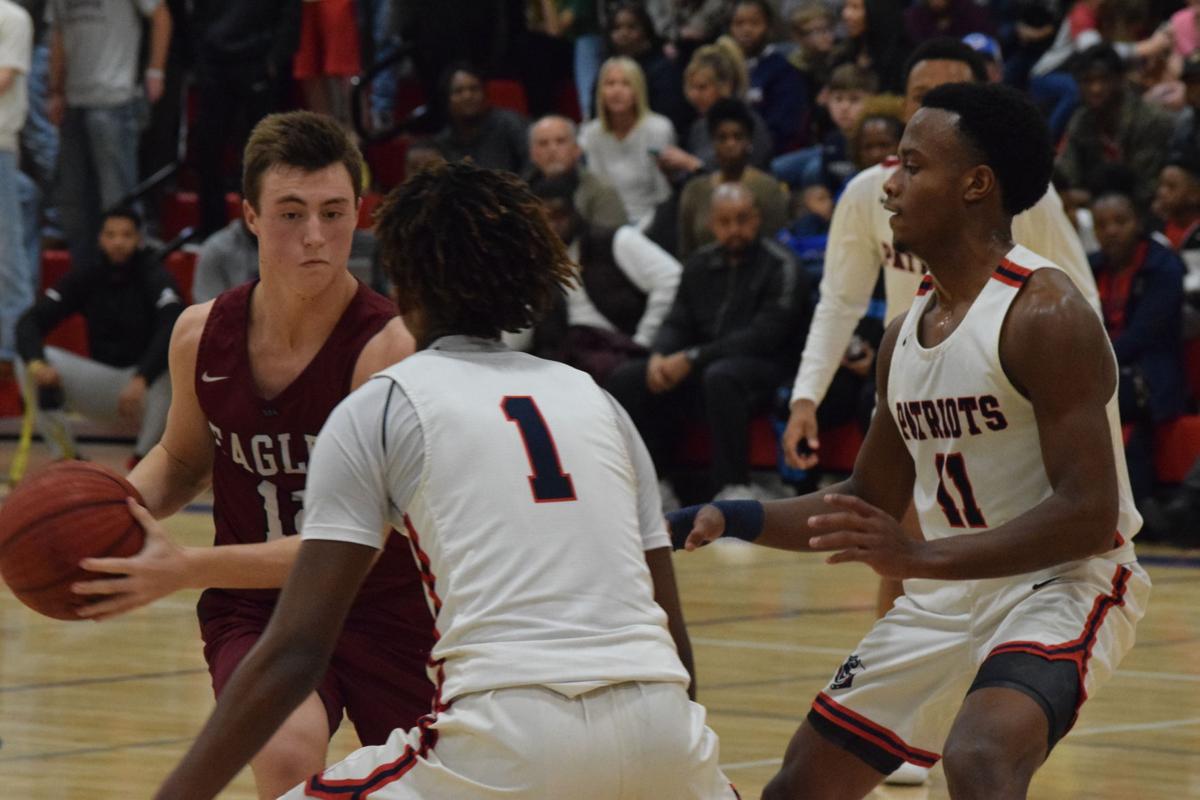 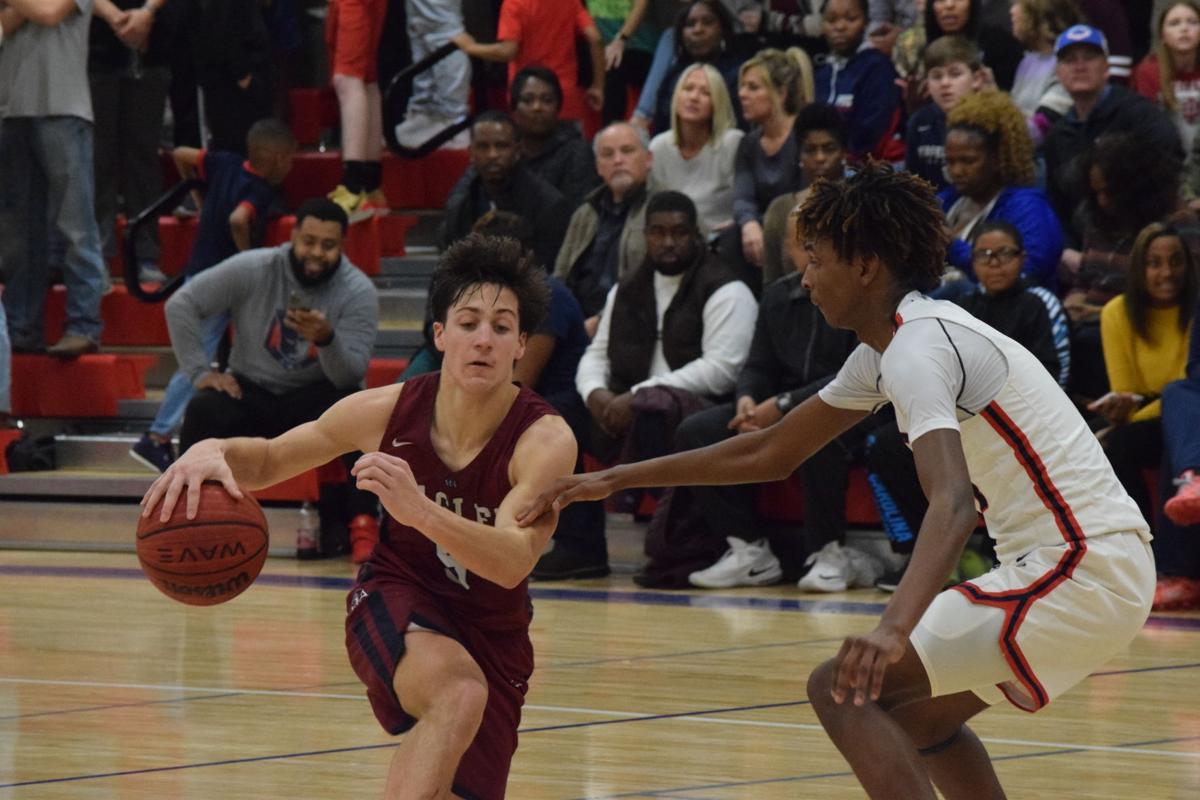 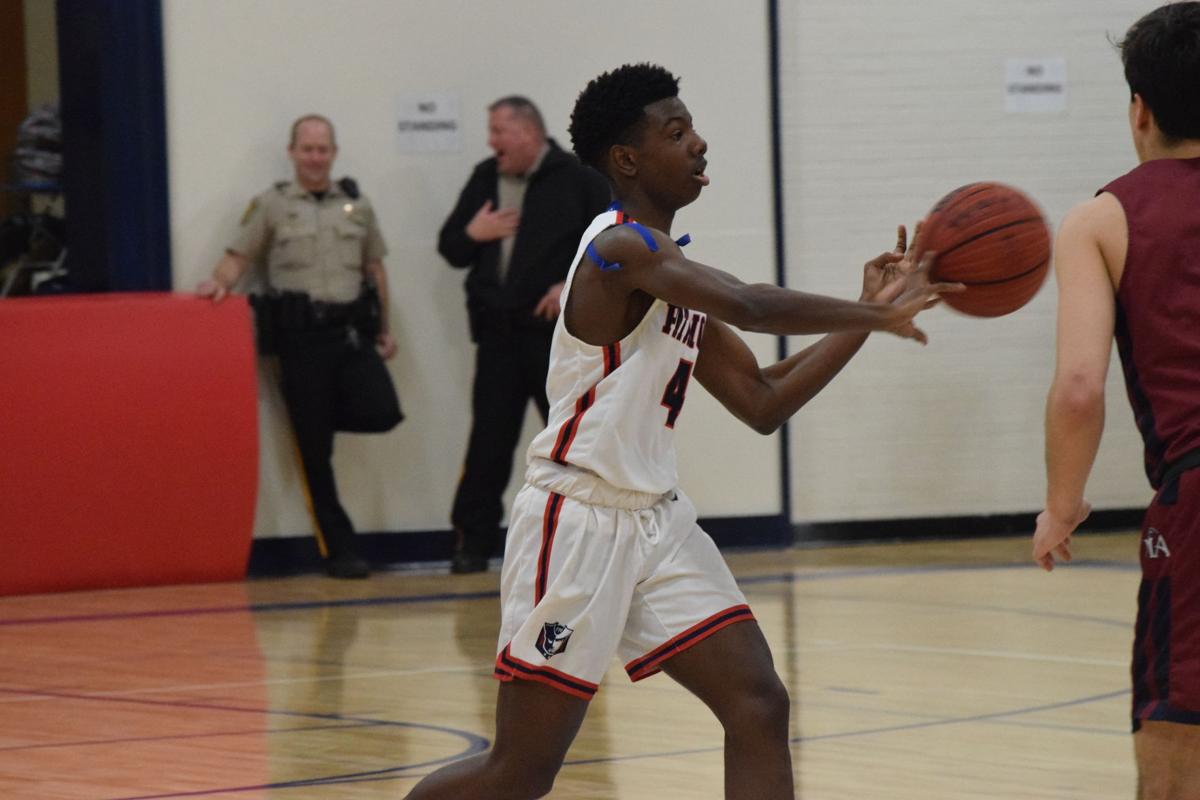 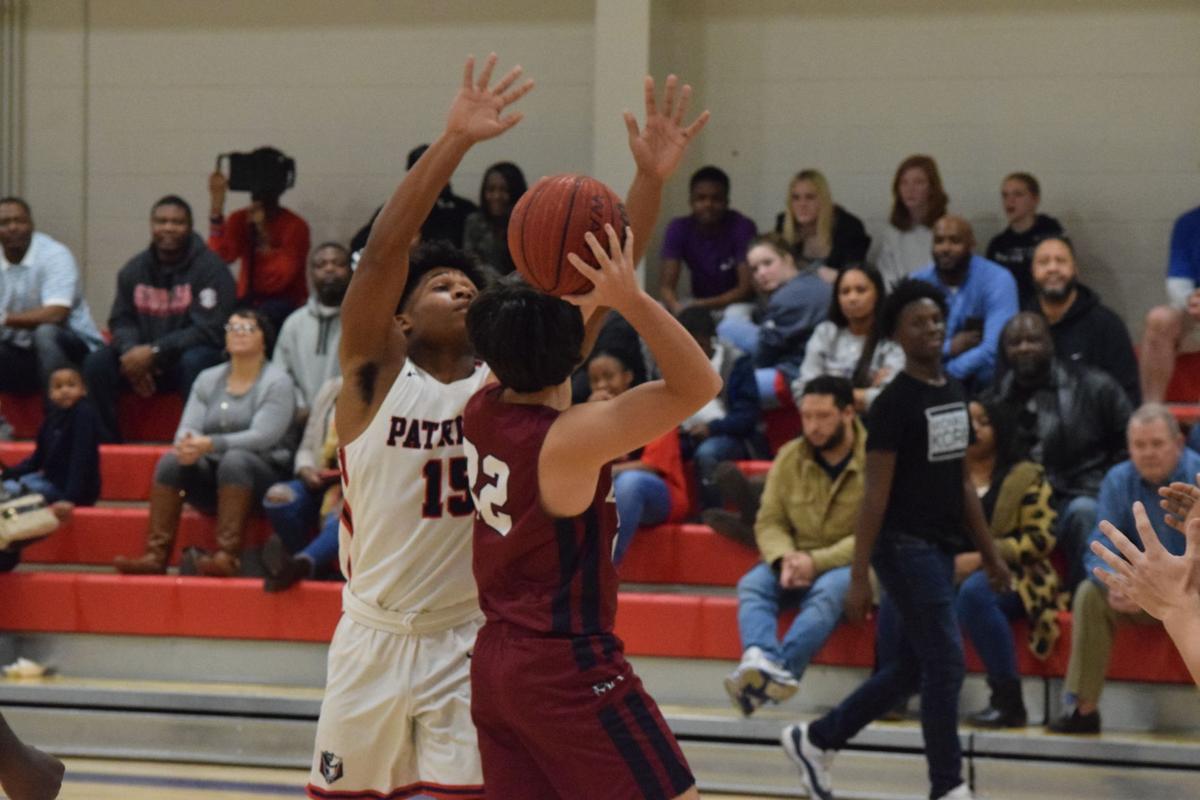 PIKE ROAD – After falling behind by 11 points early in the third quarter, the Montgomery Academy boys chipped away and chipped away, trimming Pike Road’s lead to a basket midway through the quarter.

Then, in a flash, the rally was gone, replaced by a Patriot surge that put the home team back in control on the way to an 81-59 victory and a share of the 3A Area 5 championship.

“They made some really big plays and we had to adjust to how we were guarding them,” Pike Road coach Robb McGaughey said. “We ended up changing up a couple of things and doing a couple of pressure things we didn’t do early in the game that got us a couple of easy baskets. That’s when we went to a little more driving, slashing game late. I think that’s a hard matchup for some teams.”

With the win, Pike Road (18-4) is atop the area standings at 5-1. A Bullock County win at St. James on Tuesday will leave the Patriots and Hornets tied for first, relying on a coin flip to determine which team hosts the upcoming area tournament. A St. James upset would give Pike Road the outright title and host site for the area tournament in two weeks.

With the loss, Montgomery Academy (14-9) remains in third place at 2-4 and will face the loser of the Bullock County-Pike Road coin flip or Bullock County should St. James upset the Hornets.

“We came out and tried to play our style of basketball, which is to get up and down,” Montgomery Academy coach Jeremy Arant said. “For two and a half quarters, we were right there in it. It was a two-point game with about five minutes left in the third quarter and then we had some turnovers and they got some offensive rebounds. Once they got up 13 or so, they were able to spread us out and that made it really tough on us to guard them and trap them.”

The two teams were fairly even for much of the first half, with the Eagles trailing by three before Harrison Wallace hit a pair of 3-pointers to send the Patriots into the locker room at the half with a comfortable nine-point lead.

“The first 3 we gave up, the guy made a good contested 3 out of the corner,” Arant said. “The second one was pretty disappointing. We lost him in transition and he got wide open. That was deflating. That sends you into halftime on a sour note. We had worked our tails off to cut it back to three. Coming in down six and down nine is a significant difference.”

Back came the Eagles again, trimming the deficit to two points before the Patriots quickly expanded the lead back out to 11 points. At that point, Pike Road spread the floor and allowed Shaun Holmes to score half of his team-high 20 points in the fourth quarter.

“He’s really tough,” Arant said. “They did a really good job in the late third and fourth quarter of spreading us out. He’s really good at finishing when he gets in the lane.”

Britton Kohn led Montgomery Academy with 20 points, four assists and four rebounds while going 6 for 9 from the 3-point line. Oliver Bear added 14 points and six assists and Jamal Cooper added seven points and five rebounds for the Eagles, which travel to Prattville Christian on Saturday.

Jaylen Washington scored 16 points for Pike Road, followed by Brandon Glasco and Wallace with 12 points each and Blake Durham with eight.