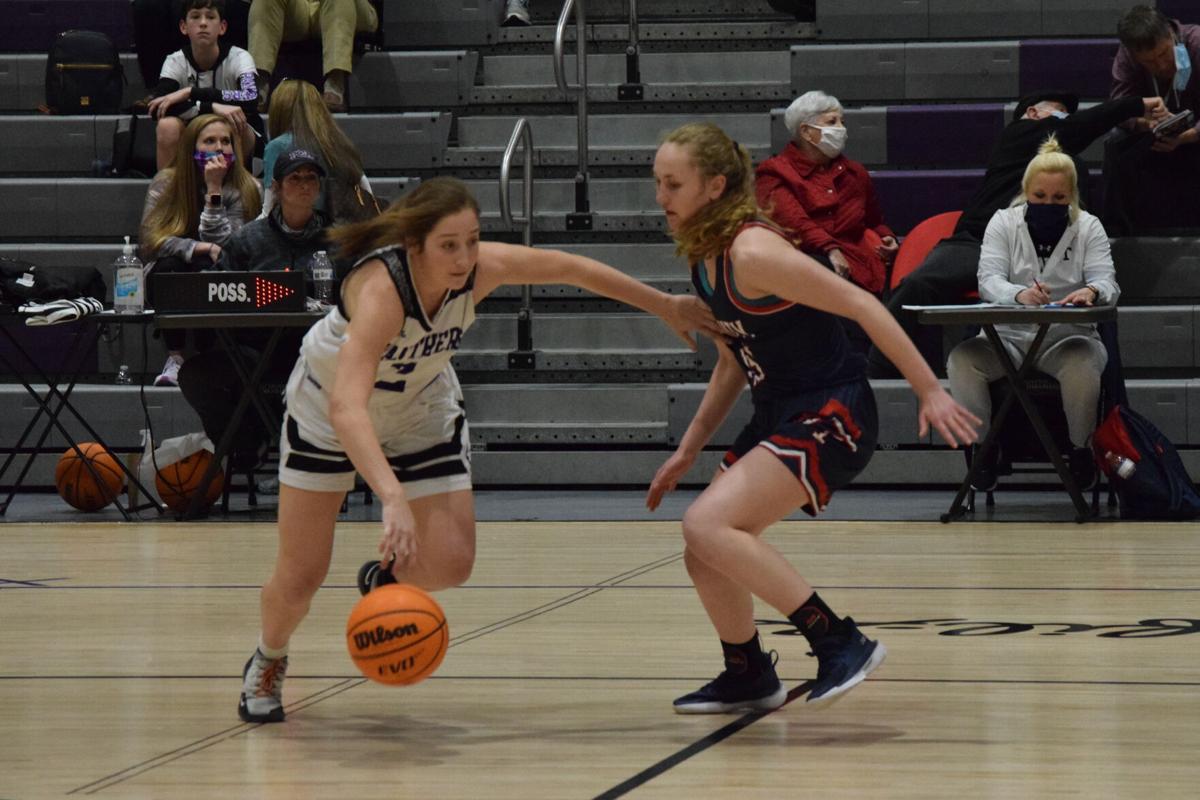 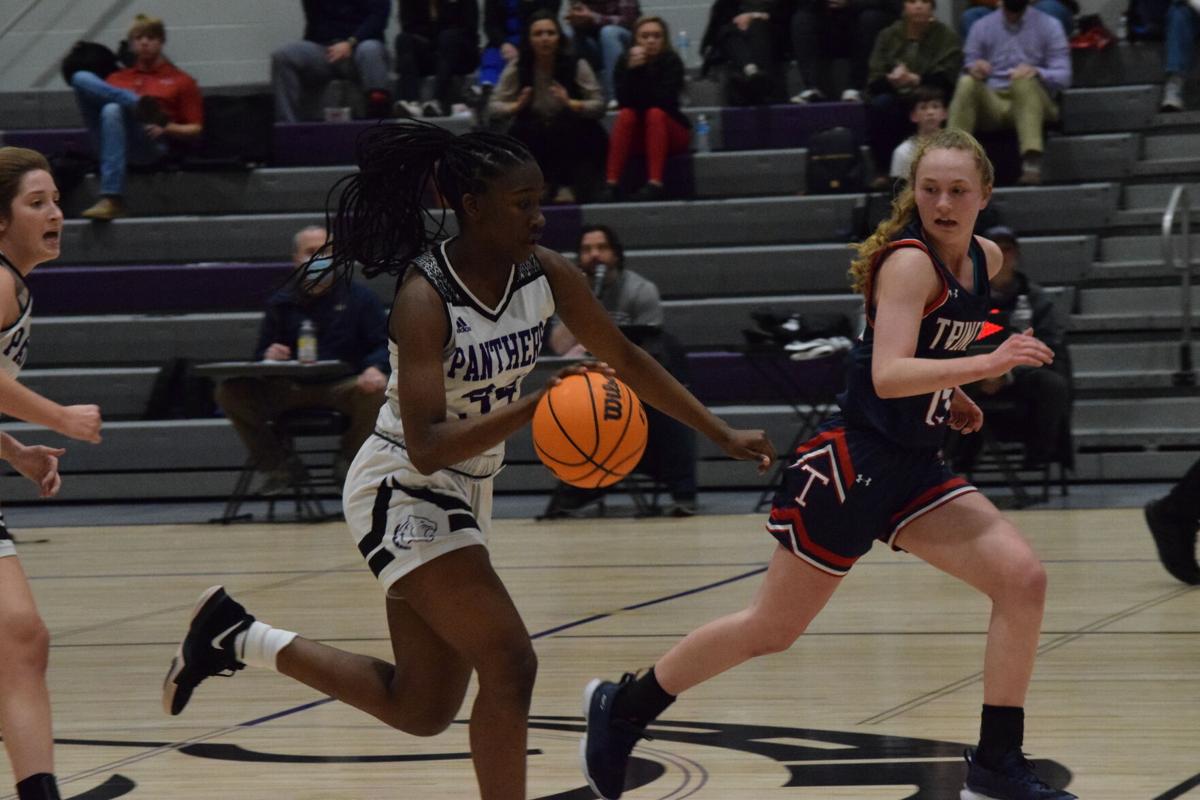 Prattville Christian's CoCo Thomas on the fastbreak in Tuesday's game. 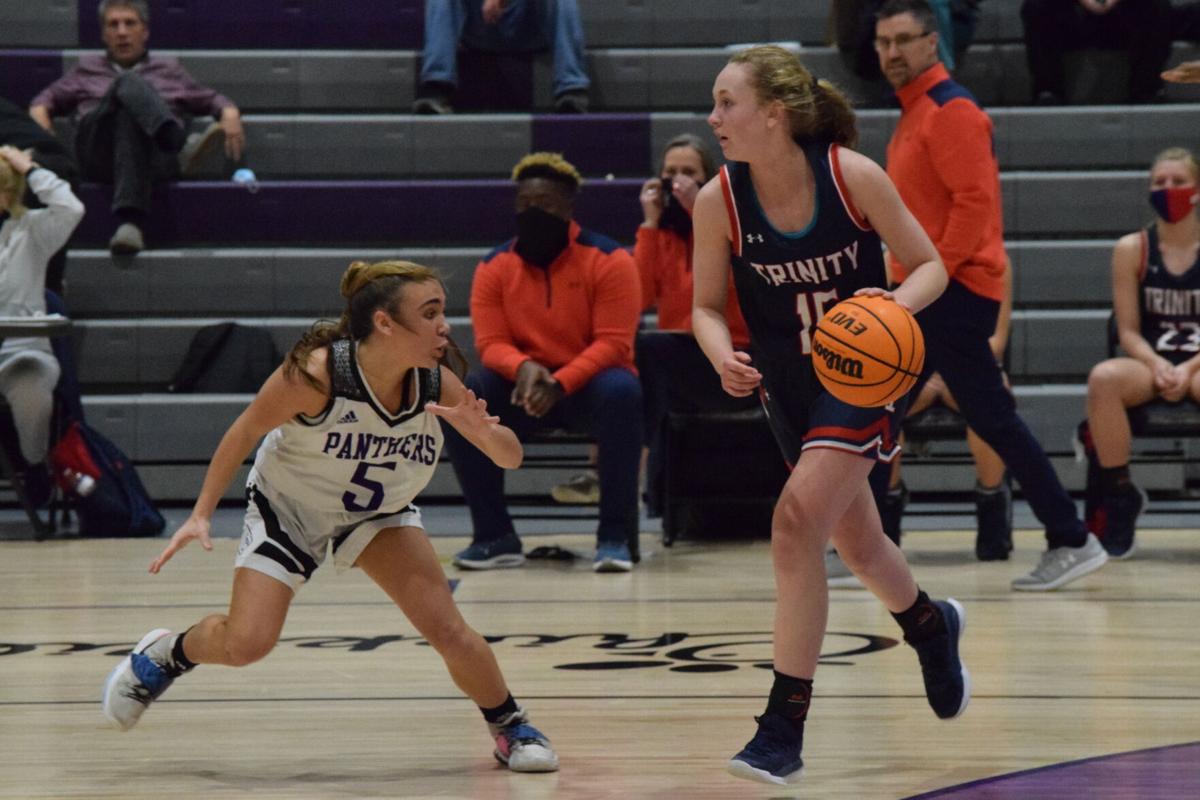 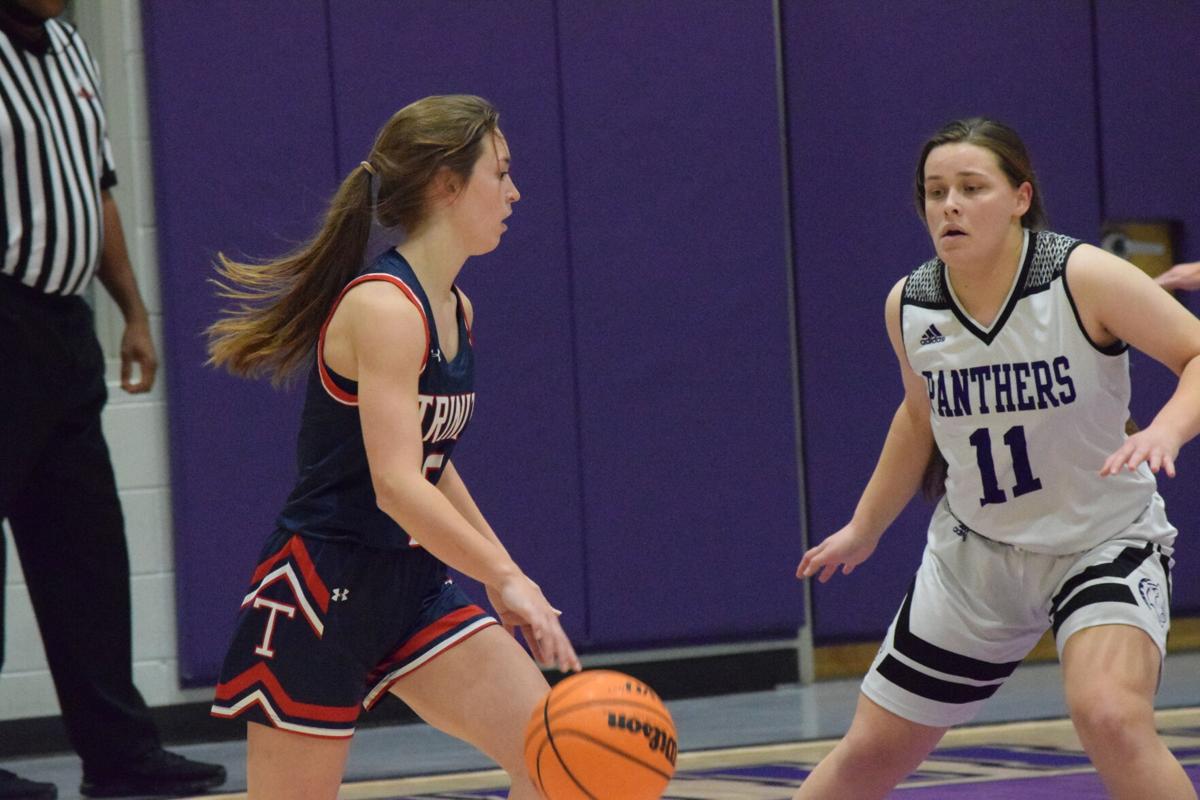 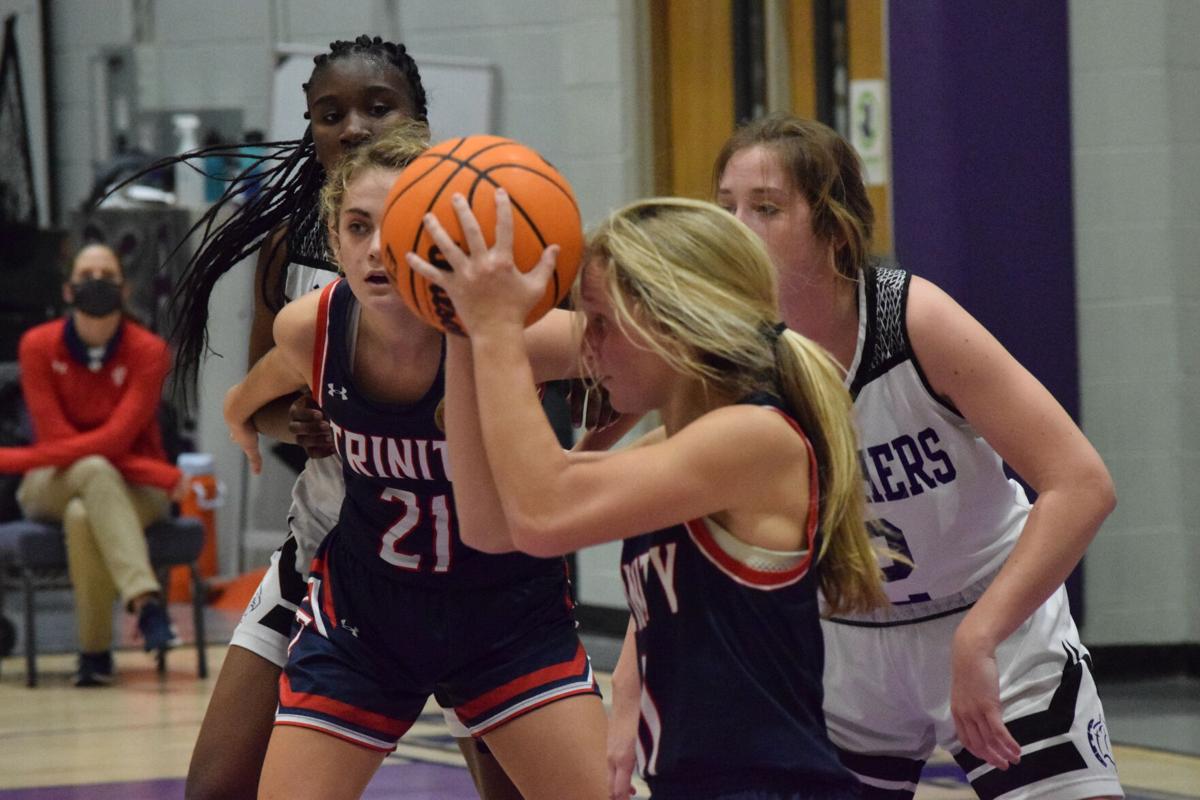 Trinity's Mary Davis Bricken comes down with the rebound over PCA's Ella Jane Connell in Tuesday's game against the Panthers.

Prattville Christian's CoCo Thomas on the fastbreak in Tuesday's game.

Trinity's Mary Davis Bricken comes down with the rebound over PCA's Ella Jane Connell in Tuesday's game against the Panthers.

After allowing Prattville Christian’s Ella Jane Connell to put on a shooting display that staked the Panthers to an early lead, the Trinity girls fought back into the contest, only to allow PCA’s inside game to take command in a 48-43 win on Tuesday night.

Connell had nine points in the first quarter, helping PCA to a 17-10 lead. But with Connell facing a double team the remainder of the game and sharp shooter Avery Rogers managing just a quiet first-quarter basket, the Wildcats were able to claw back to within one point midway through the third quarter.

That’s when the inside duo of Hannah Jones and CoCo Thomas, particularly Thomas, took command of the game. Jones finished with 12 points and 10 rebounds, but had just two points in the third quarter. Thomas finished with 12 points and eight rebounds, with eight of those points coming in the third quarter as the Panthers extended the lead to 39-30 heading into the fourth quarter.

“I think (PCA coach) Jason (Roberson) finally figured out she was standing in the post with one of my 5-foot-7 girls,” Trinity coach Blake Smith joked. “I was hoping he would wait until film session to notice that.

“You’ve got to pick. Ultimately, we said we didn’t want Avery shooting 3s. Your first thing is Ella Jane, your second is Avery.”

Roberson had the same strategy. He put Chelsea Mulliner on Trinity’s Emma Kate Smith, Connell on Maddie Smith and hoped the other Wildcats wouldn’t burn him.

“We have a height advantage inside,” Roberson said. “We wanted to try and use that. But also, in the game of basketball, the other team, if they’re well coached like Trinity is, will try to make you play to your weakness. Our strength, no doubt, is Ella Jane Connell, so they did a great job of doubling her almost every time she got the ball. We just had to say, hey, we’ve got to trust her teammates.

“It’s the same thing that we tried to do. We tried our best to make somebody other than a Smith beat us.”

For a while, it looked as if Mary Alice Sasser was up to the task. With so much focus on the Smith sisters, Sasser scored four points in the first quarter and four more in the second to help the Wildcats keep pace.

“That’s been our goal,” Smith said. “People are obviously running their defenses a particular way and we just have to get other girls to knock down shots.”

Sasser would finish with 10 points, managing only a basket in the third quarter.

“It’s a risk-reward type of thing,” Roberson said. “We knew she would make some shots, she’s a good player, but we were just playing the percentages.”

Emma Kate Smith led Trinity with 12 points, followed by Sasser with 10. Maddie Smith had eight before limping off the court with a twisted left ankle in the fourth quarter.

Trinity (12-3) dropped to 0-2 in area play after losing to Montgomery Academy on Friday and PCA on Tuesday. The Wildcats will travel to Catholic for another area game on Friday before facing PCA and MA again the following week.

“I think on some level our girls know this (PCA) team is good,” Smith said. “We haven’t had a lot of success in this gym. I think it just takes them a little bit to know you can play with these teams. We got down 10 or so and fought back. If you’re playing good teams and we’re going to have close games, we’ve got to figure out how to execute down the stretch.”

Connell finished with 11 points and five rebounds to follow Rogers and Thomas in scoring for PCA (17-2, 2-0). The Panthers play host to Montgomery Academy on Friday, the only team to defeat PCA this season.