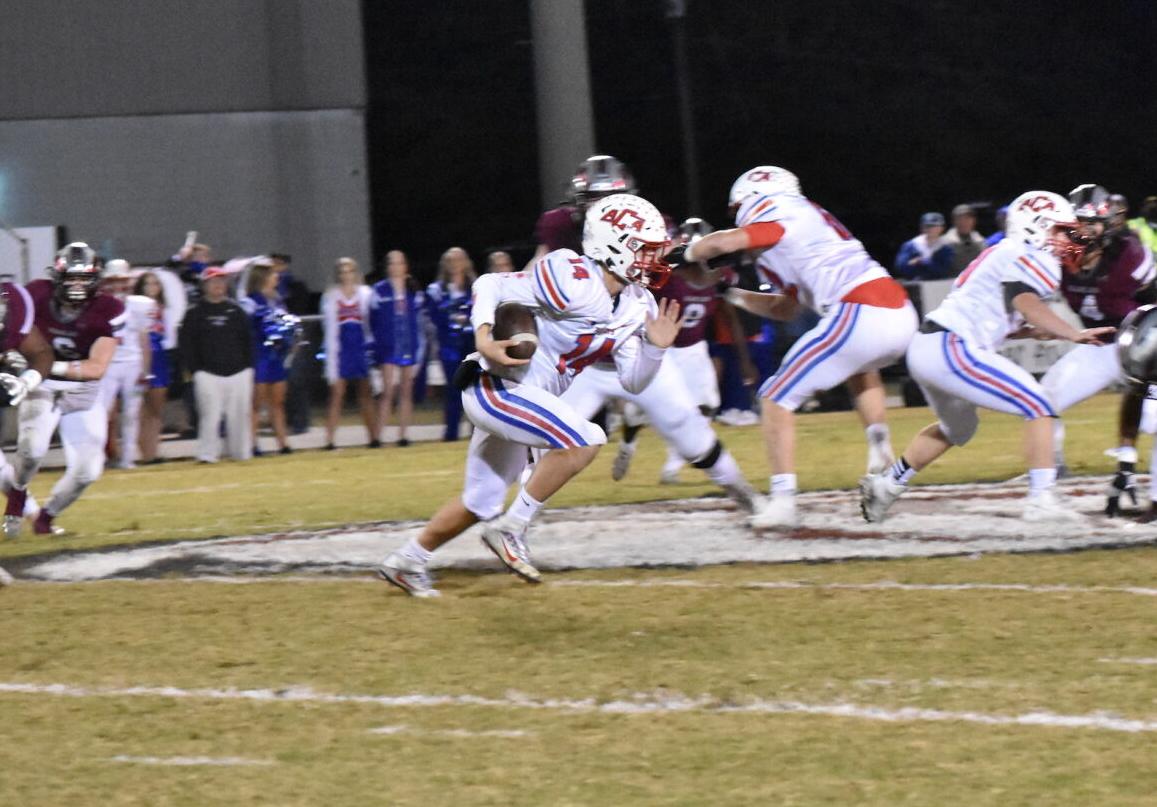 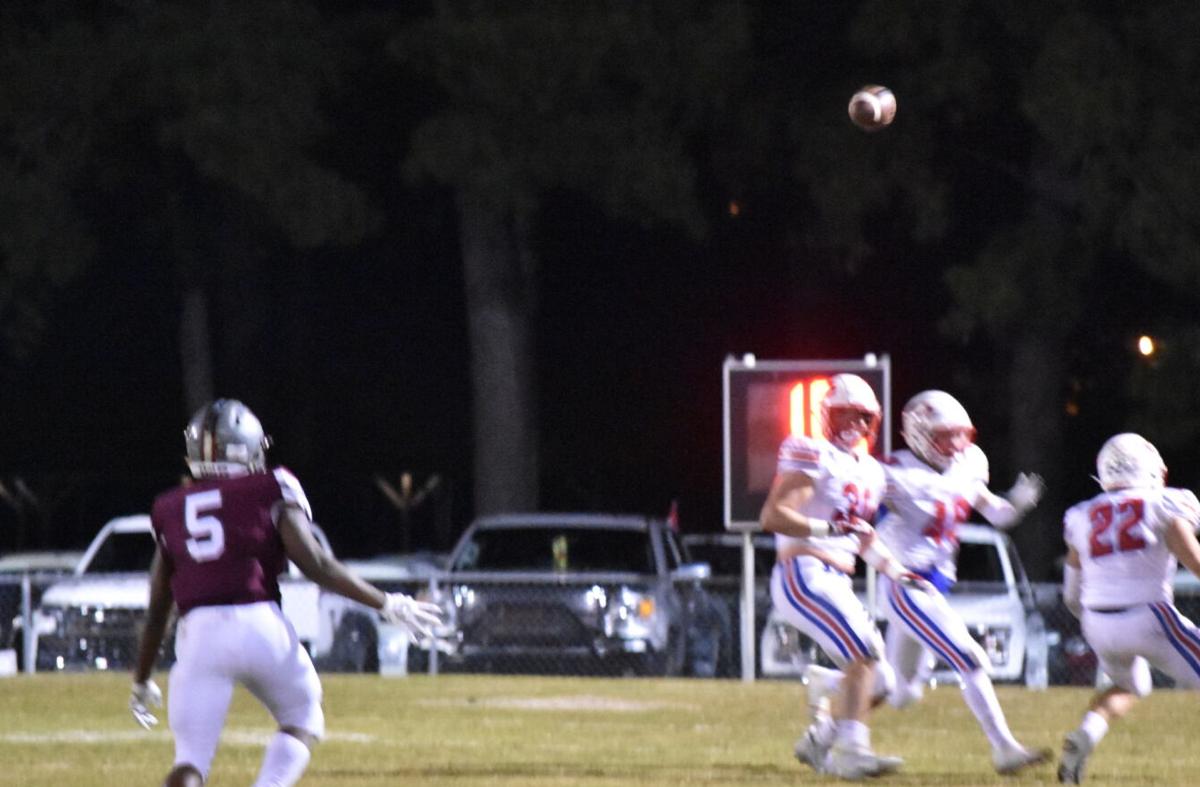 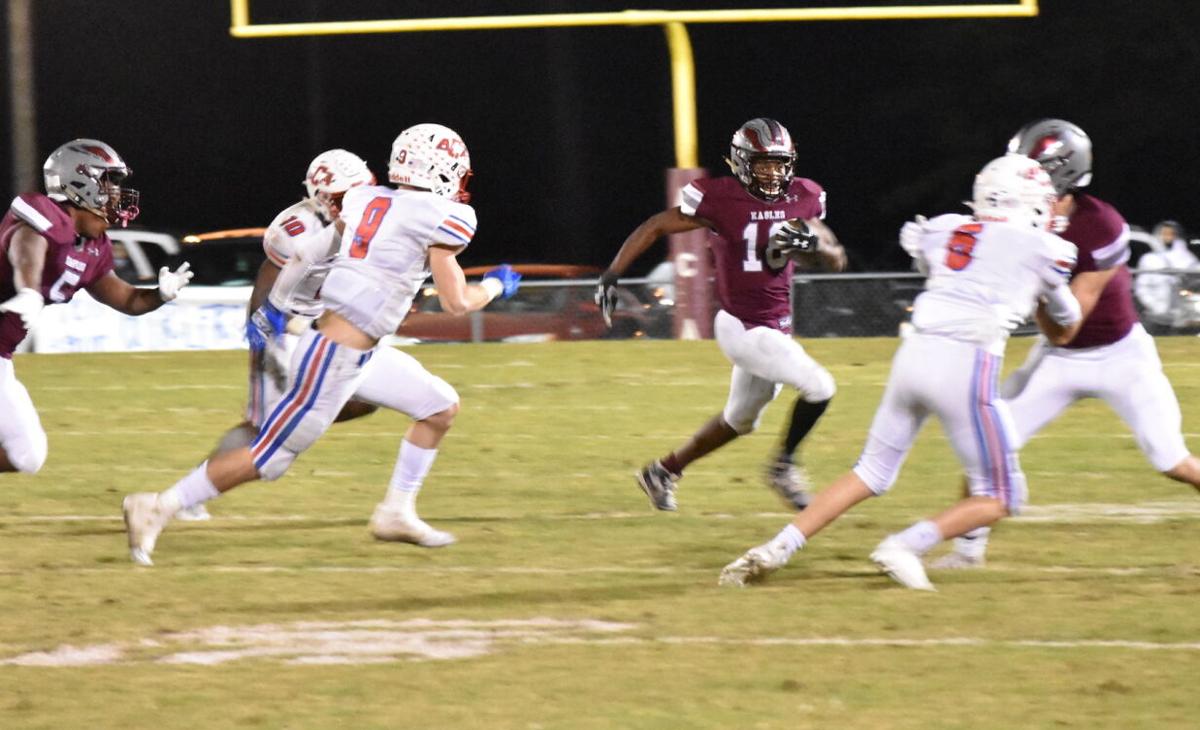 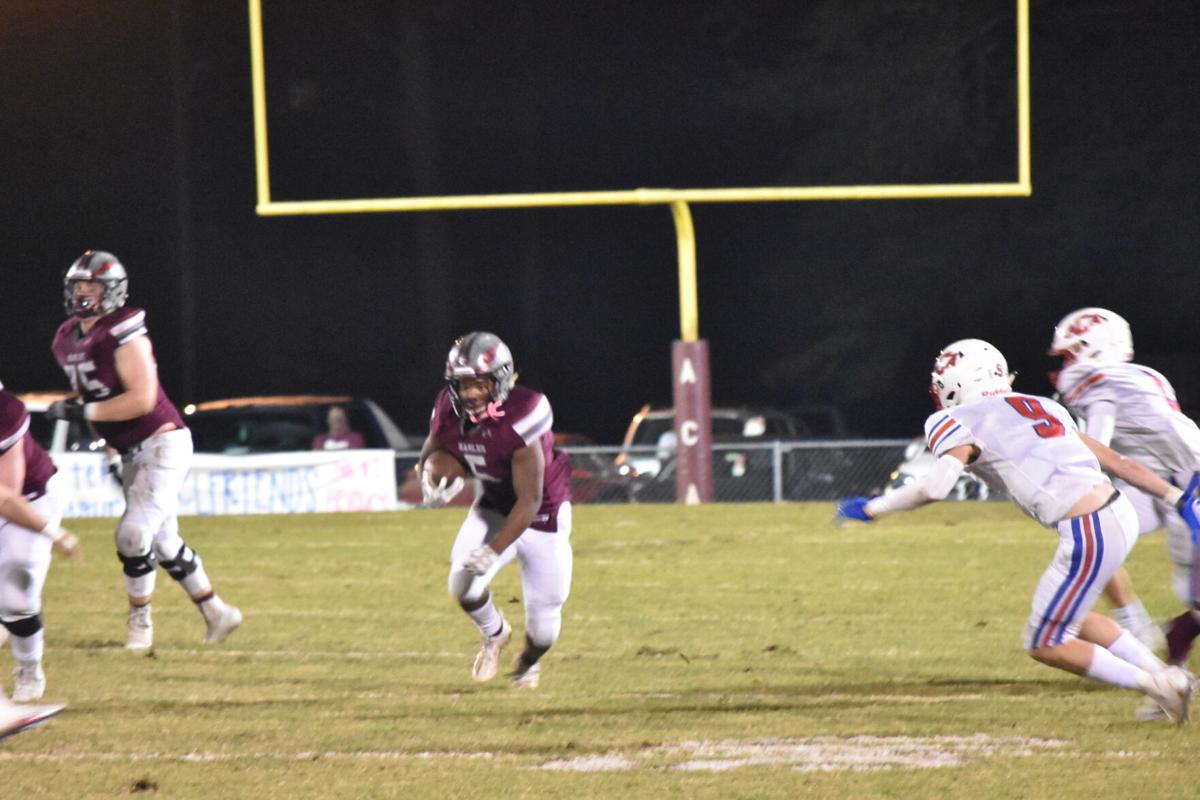 Finally, a team built for the playoffs found a way to hold Jalen Clark in check.

American Christian and Alabama Christian traded blows for a half before the Patriots pulled away for a 38-7 victory, managing to control the Eagles’ offense by controlling its senior quarterback.

Clark completed 14 of 19 passes for 90 yards, but most were short passes while the quarterback was never really a factor in the Alabama Christian rushing attack on Friday.

American Christian made its fourth consecutive trip to the quarterfinals, stepping over an area team in the process each season – Montgomery Academy in 2017, Catholic in 2018, Holtville in 2019 and now Alabama Christian.

American Christian (13-0) returns to Northport to host Handley in the 4A semifinals next Friday as the Patriots advanced to the semifinals for the seventh time in their relatively short history.

Alabama Christian ends its season at 10-3, losing in the quarterfinals for the third time in school history and the second time in four years.

Sawyer Deerman scored on a 1-yard run for the Patriots, but Otasowie Dion answered for the Eagles with an 8-yard run to tie the game at 7-7 with 54.1 seconds left in the first quarter.

American Christian tacked on a field goal late in the second quarter, then delivered the fatal blow with a screen pass to Kamari Lassiter that turned into a 50-yard touchdown play with 22.4 seconds left in the first half for a 17-7 lead.

Brandon Waller added touchdown runs of 25 and 12 yards in the second half to break open the game.

Corey Landers led the Alabama Christian rushing attack with 64 yards on 14 carries, followed by Dion with 54 yards on six carries and Demari Moore with 15 yards on two carries.