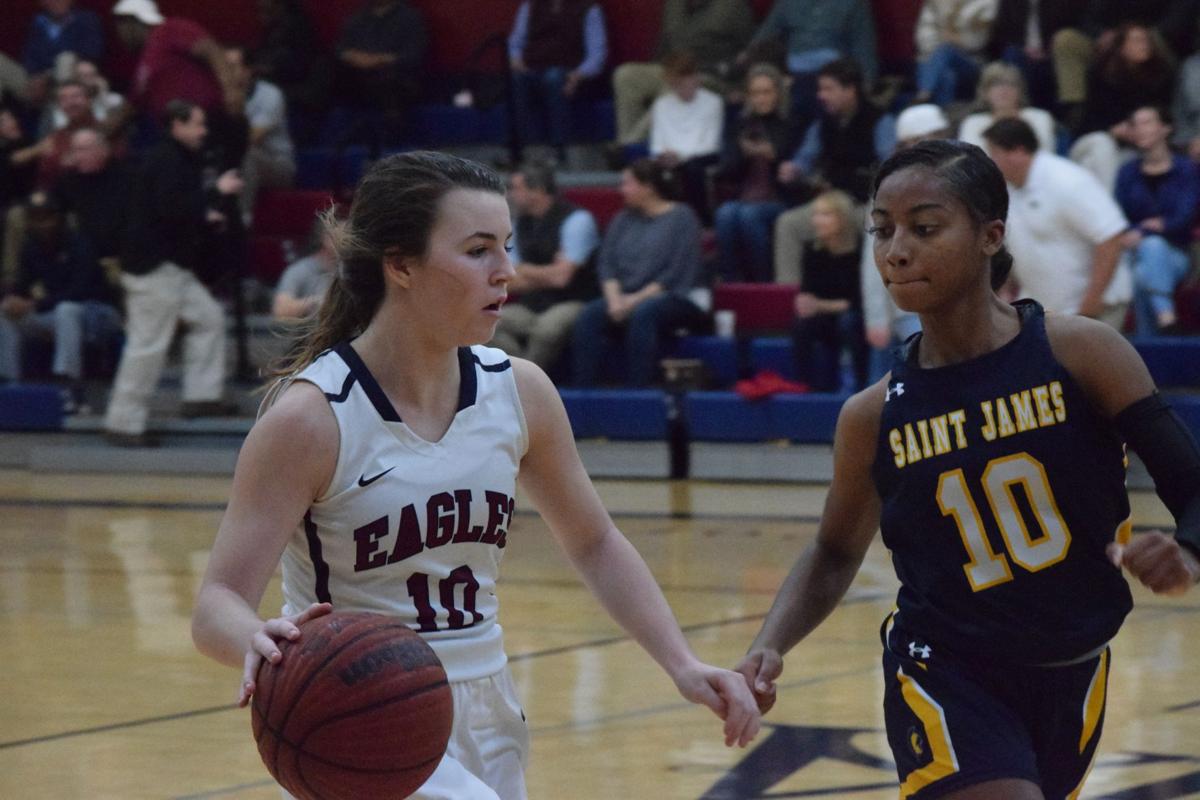 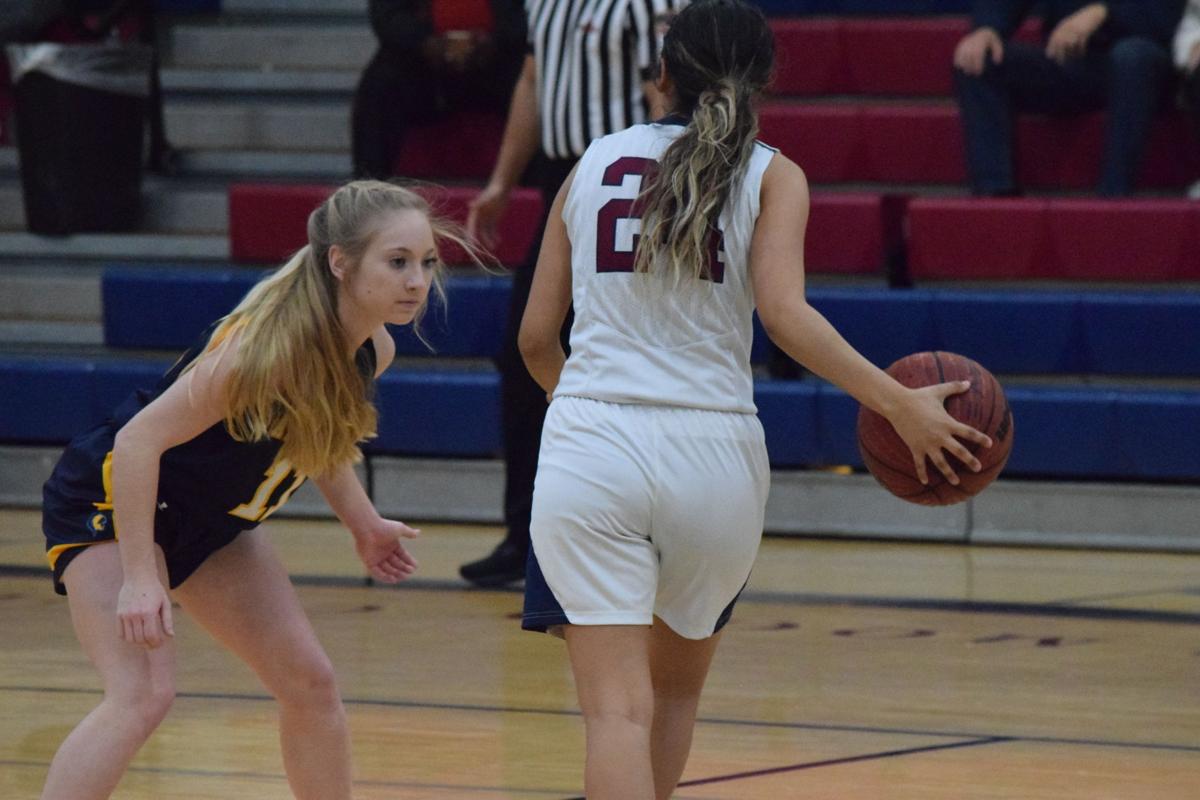 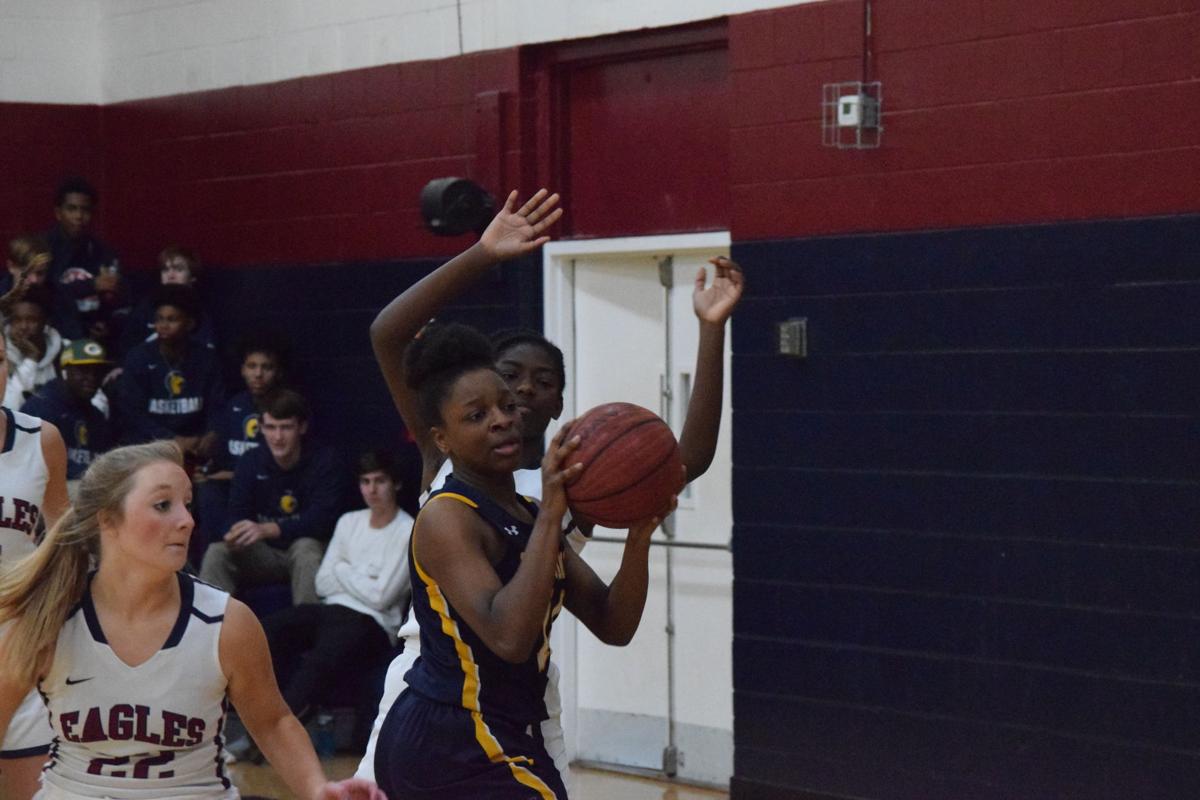 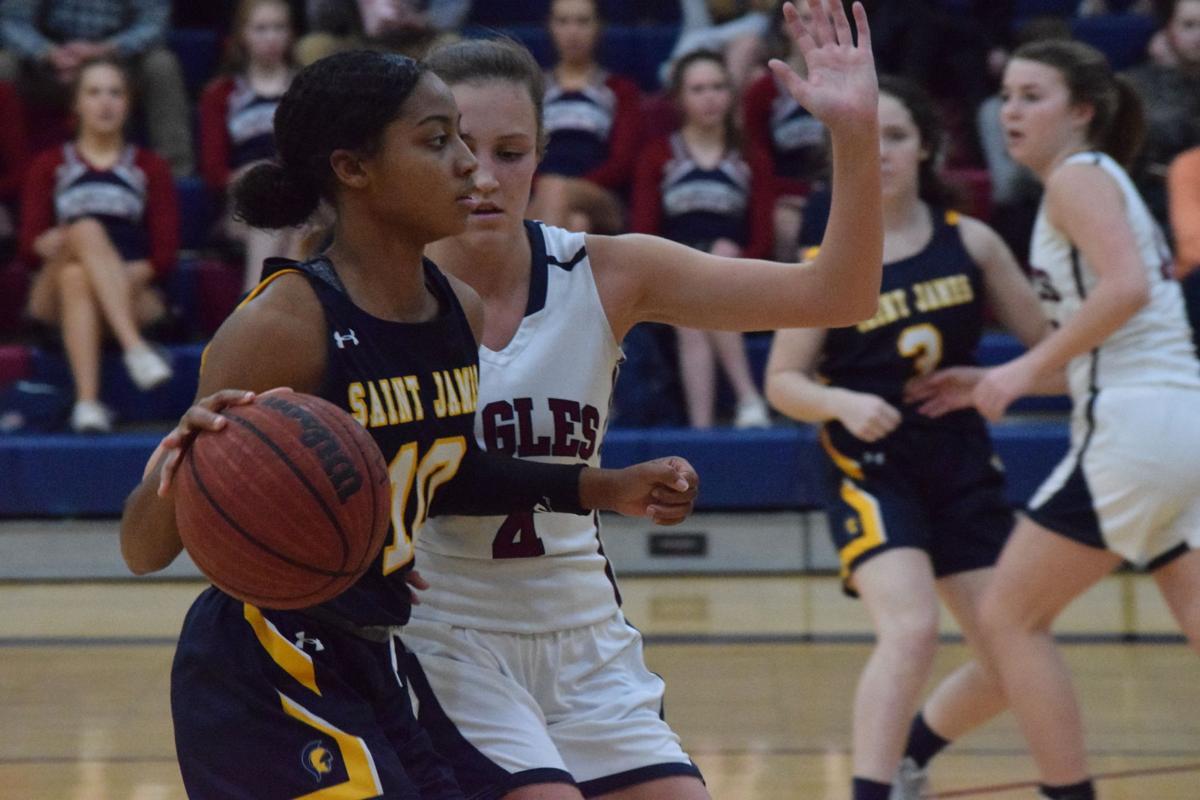 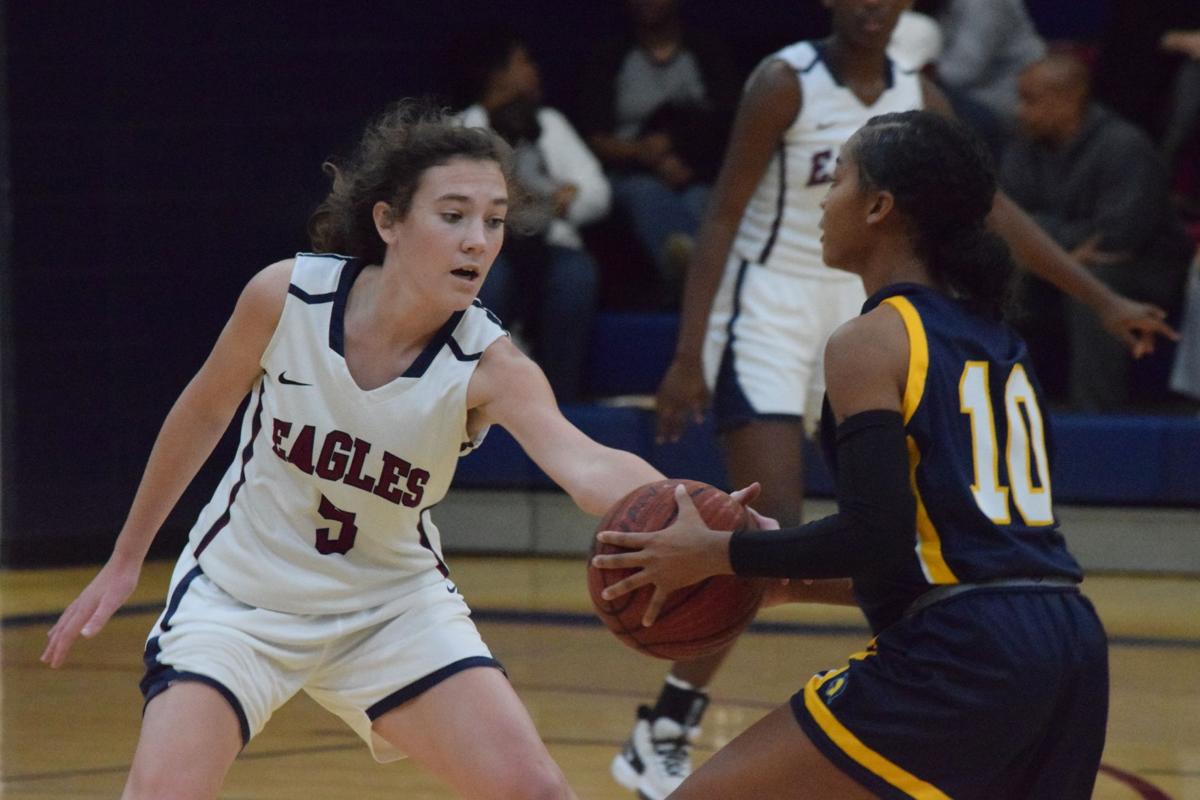 Montgomery Academy unveiled a new offensive alignment for its Area 5 game with St. James on Friday and the decision to move guard Leighton Robertson into the post proved quite effective against the Trojans.

“We knew we could affect St. James, they’re small in the post,” Fencher said. “Our guards are long. That’s one thing we have to our advantage, so we just took advantage of it. It’s something we’ve been looking at. As the season goes on, people try to take away some of the stuff that you do, so this is something we might start implementing down the stretch.”

Montgomery Academy broke open an early defensive struggle with 22 points in the third quarter to run away with a 49-22 win over the Trojans at Joe Mooty Court.

The game opened as a defensive struggle with St. James guard Hannah Grace Griggs assigned to shadow Montgomery Academy point guard Gabby Ramirez and take the Eagles out of their offensive rhythm. The move paid off early, but gradually the MA offense ran through Madi Caddell or Julia Williams, reducing the effectiveness of the Trojans’ defensive focus.

“I love that,” Fencher said. “When they dedicate a whole player to taking her away, it’s four against four and I’ll take that any day with the girls that I have.”

Caddell scored nine of her game-high 13 points in the third quarter and Williams had five of her 12 points in the second quarter as the Eagle offense adjusted to playing without Ramirez either on the floor or as an effective catalyst for the offense.

“We can’t give up 12 points to (Williams),” St. James coach Katie Barton said. “I’m not happy about that because about seven to nine points were in transition and that’s just us not being in that play. You have to be engaged in every play when you’re playing a top 10 team.”

Fencher’s decision to move Robertson – and later Millie Stevenson – into the paint against the smaller St. James guards also had an effect on the Trojans’ ability to contain the MA offense.

“He posted some of his guards and we didn’t handle that well,” Barton said. “(Robertson) is just so strong and physical. They posted her and they posted Millie Stevenson and that hurt us. But what hurt us more is everyone (on offense) was deferring their shot to someone else. We can’t win a game if we score eight points in the first half.”

Robertson also had 12 points for Montgomery Academy (16-4), followed by Stevenson with eight. The Eagles improved to 3-1 in Area 5 play with area games remaining at Bullock County on Tuesday and at Pike Road on Friday.

Seanna Brooks had seven points for St. James (11-7), followed by Card with six. The Trojans fell to 1-3 in area play with area games remaining at Pike Road on Tuesday and at home against Bullock County on Jan. 28 and will likely face Montgomery Academy in the first round of the area tournament in two weeks.

“Where we have to have some growth before the area tournament is in our ability to step up and knock down shots and our ability to be aggressive with the ball,” Barton said. “We shot six free throws tonight.”

Sorry, there are no recent results for popular articles.