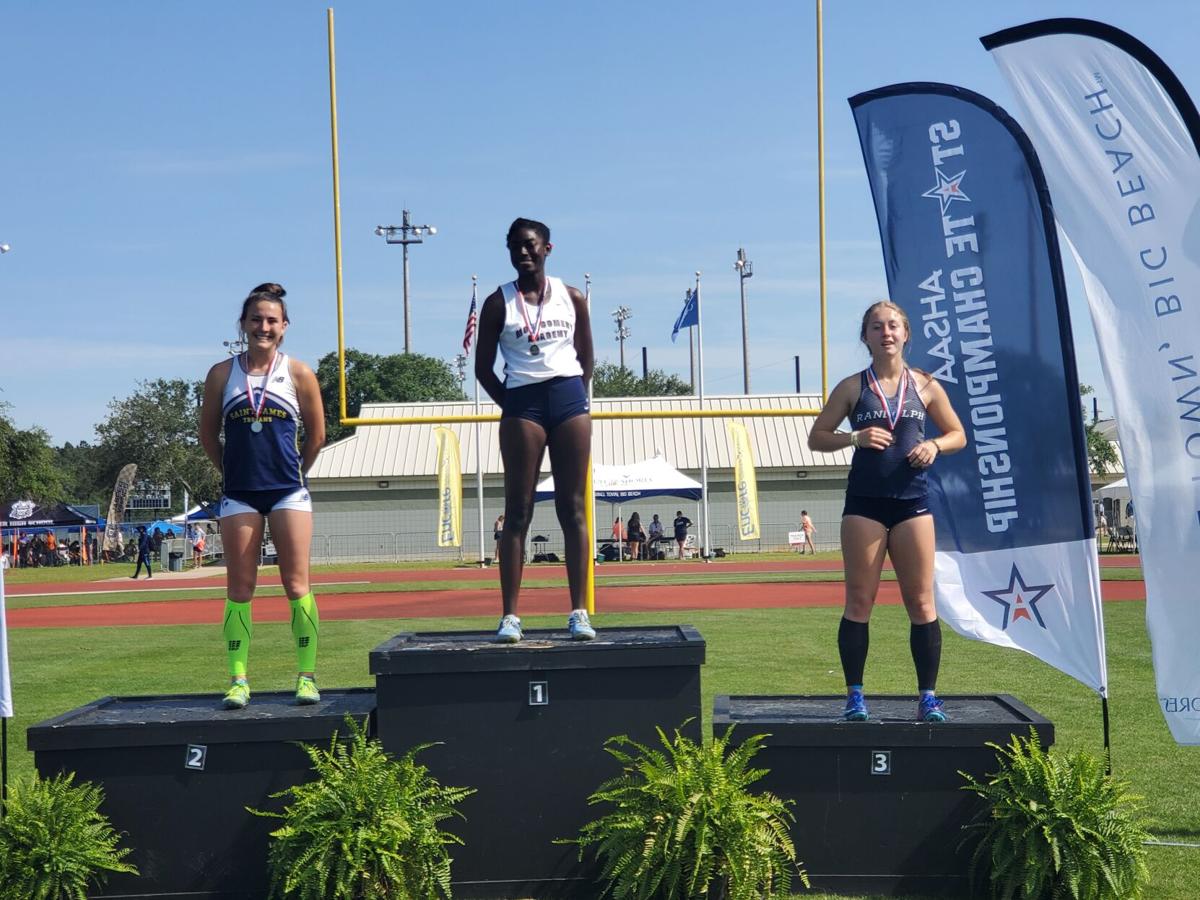 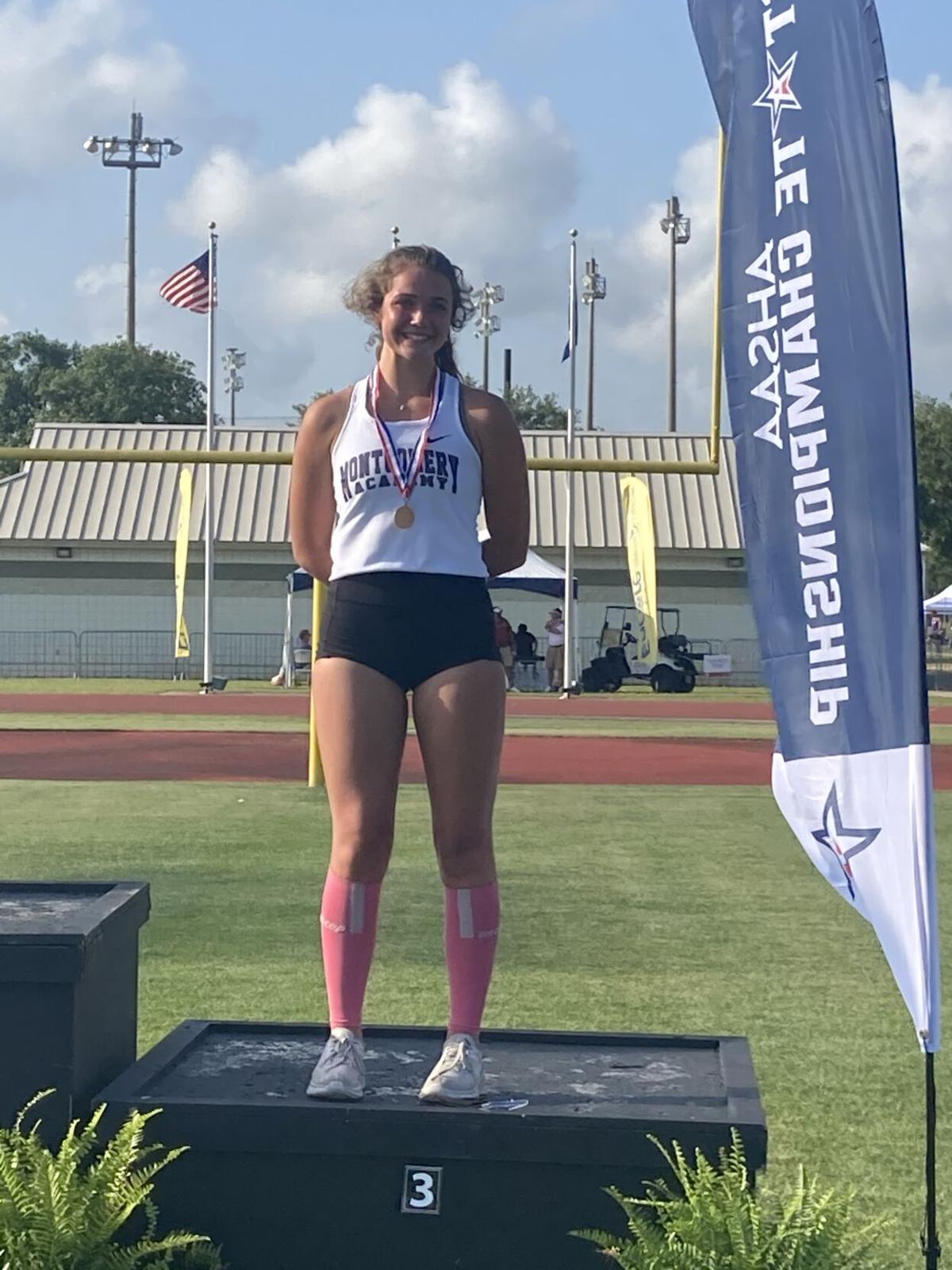 Montgomery Academy freshman Isabella Johnson set a pair of school records with her third-place finish in the shot put and the discus. 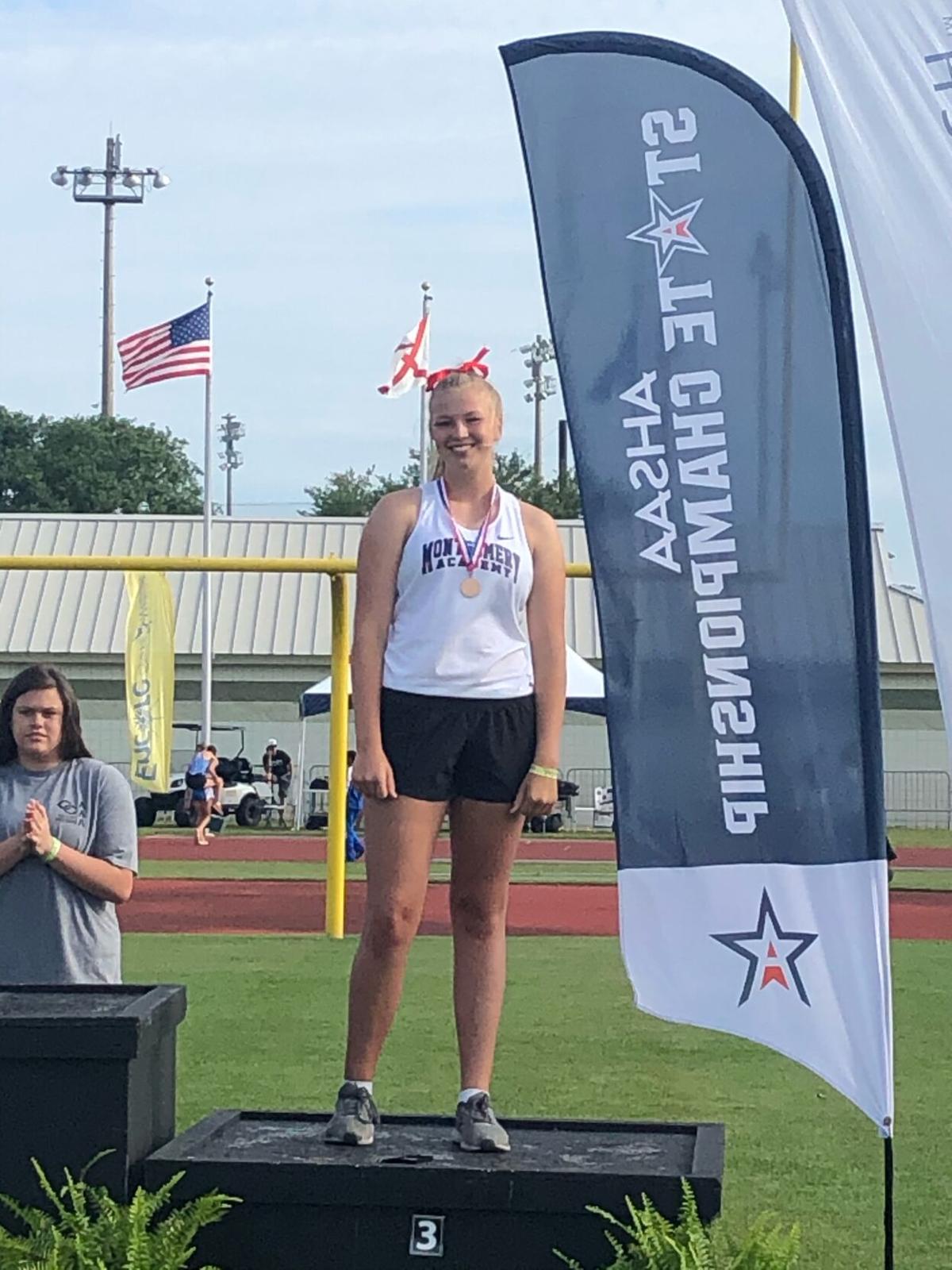 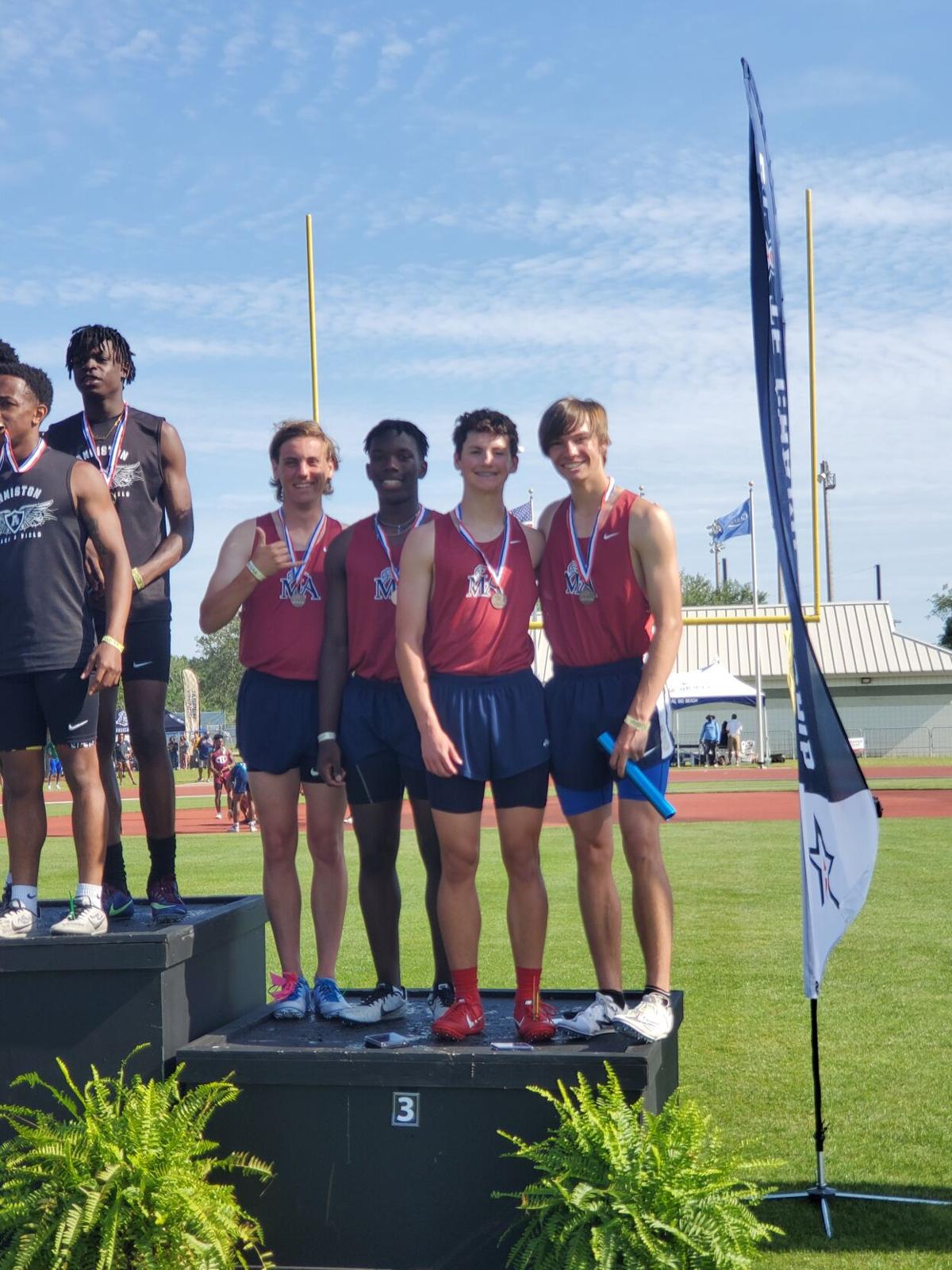 Montgomery Academy freshman Isabella Johnson set a pair of school records with her third-place finish in the shot put and the discus.

GULF SHORES -- Anaya Thomas won one event and was second in two others to help Montgomery Academy to a third-place finish in the 4A state outdoor track meet at the Gulf Shores Sports Complex this weekend.

The MA senior won the 100-meter hurdles with a time of 15.78 seconds, placed second in the triple jump and high jump and third in long jump to accumulate 32 points, the most of any athlete in the 4A meet.

Freshman Isabella Johnson also had an impressive state meet performance for Montgomery Academy, placing third in both the shot put and the discus to grab the school record in both events.

Other Eagles who accumulated points at the state meet include Avery Arden Pemberton, who placed third in pole vault, followed by Holden Habermacher’s fifth-place finish; Anna Perry, who placed sixth in the 300-meter hurdles; and Brie McClendon, who placed seventh in shot put.

For Montgomery Academy, its most impressive performance was a third-place finish by the nearly all-freshman 4x100-meter relay team of Rick McBride III, Chance Wilson, Tristan Dumas and Eli Jernigan. Also contributing to this team before his injury was Jack Garrett.

ACA’s Demari Moore was fourth in the high jump and seventh in the 100-meter dash, while LAMP’s Agustin Lemuz was eighth in the 1600-meter run.