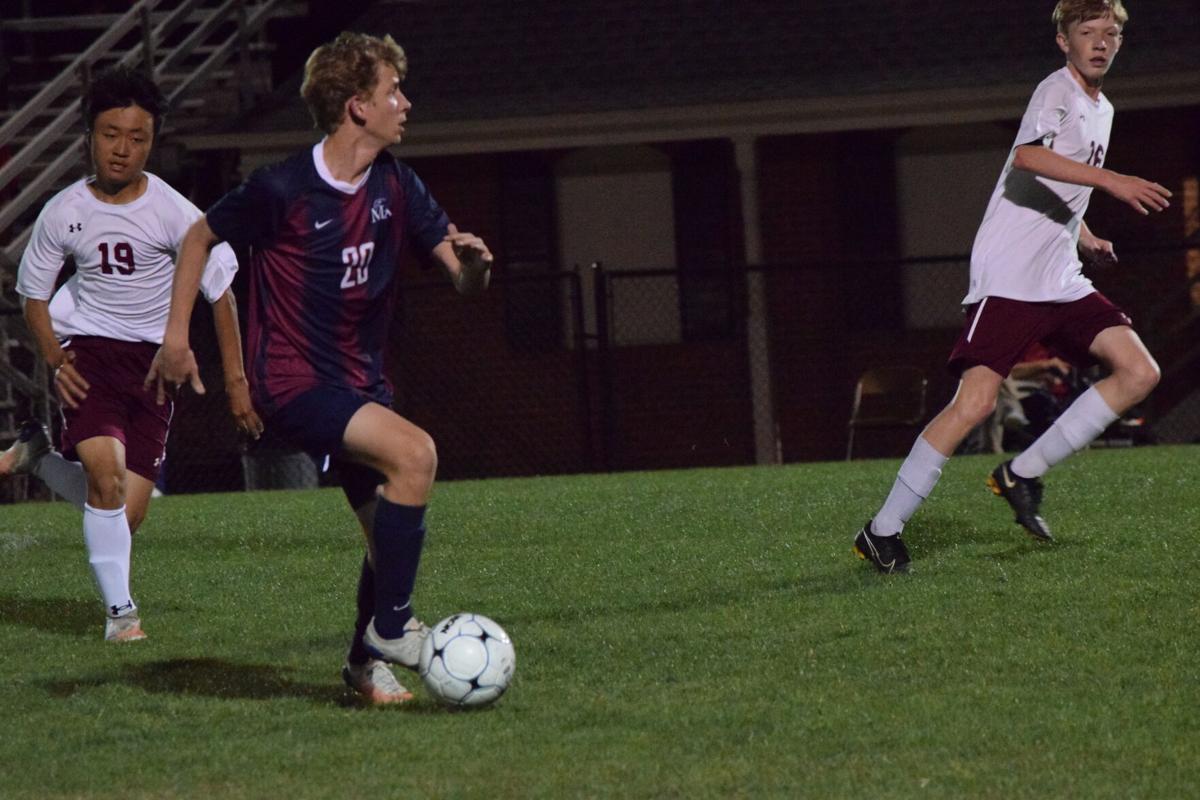 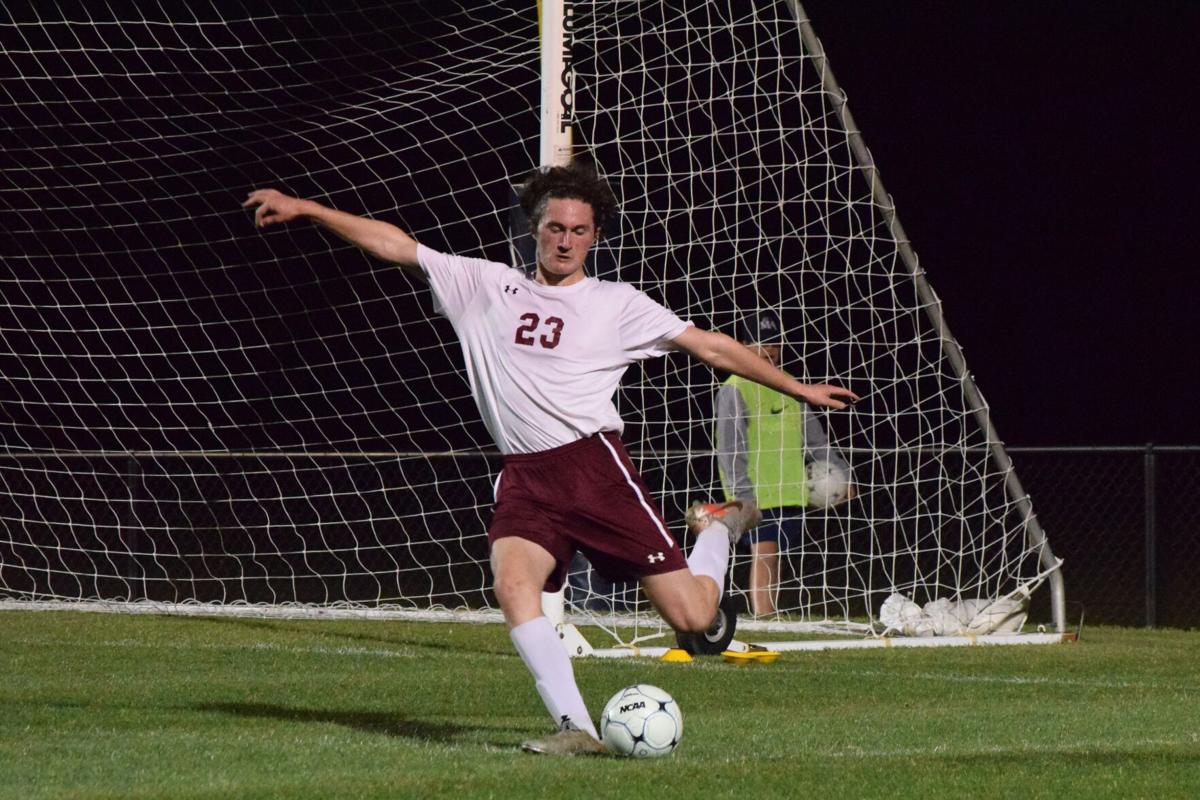 LAMP's Pete Dickinson kicks the ball away from the Golden Tigers' goal. 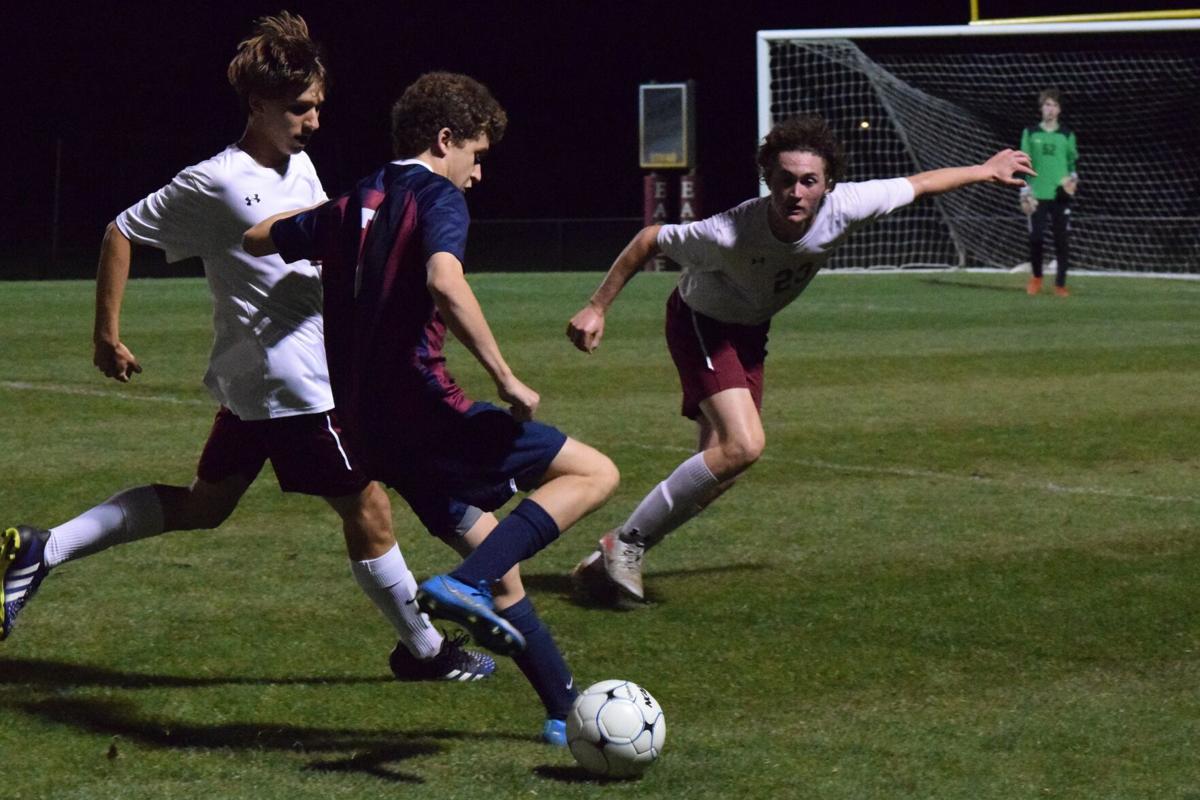 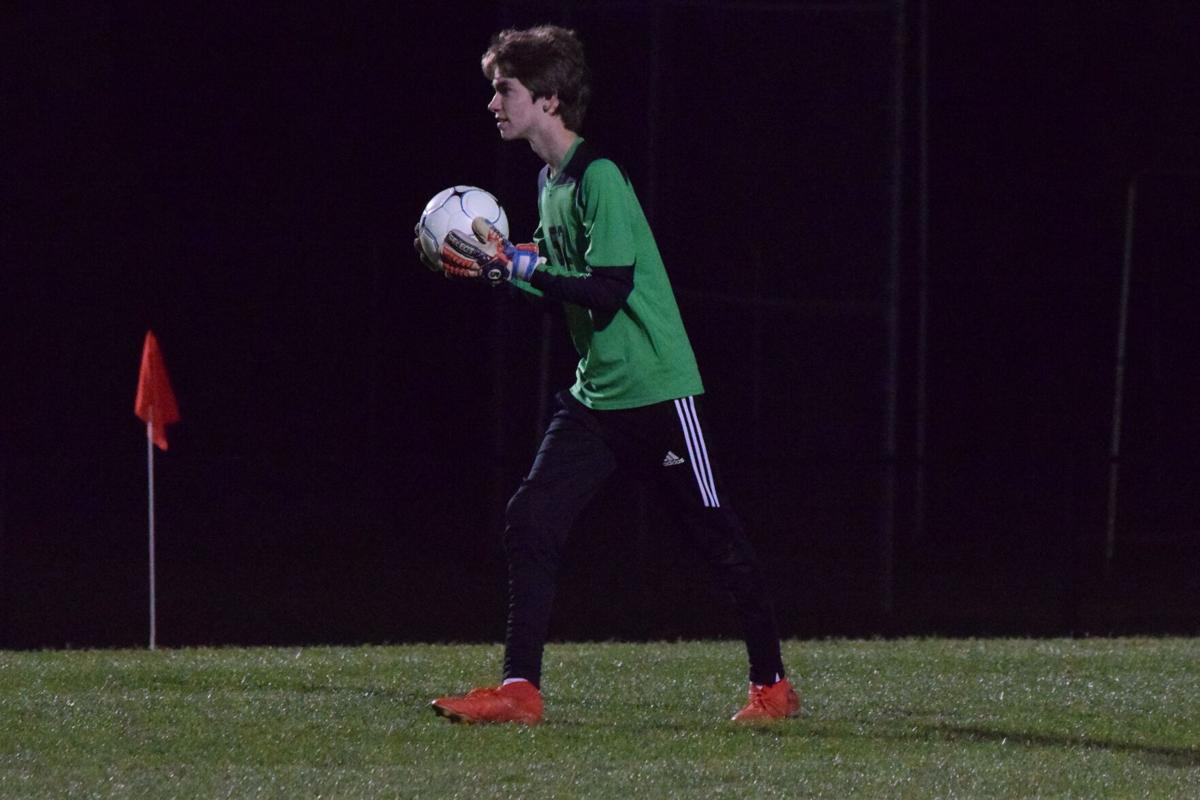 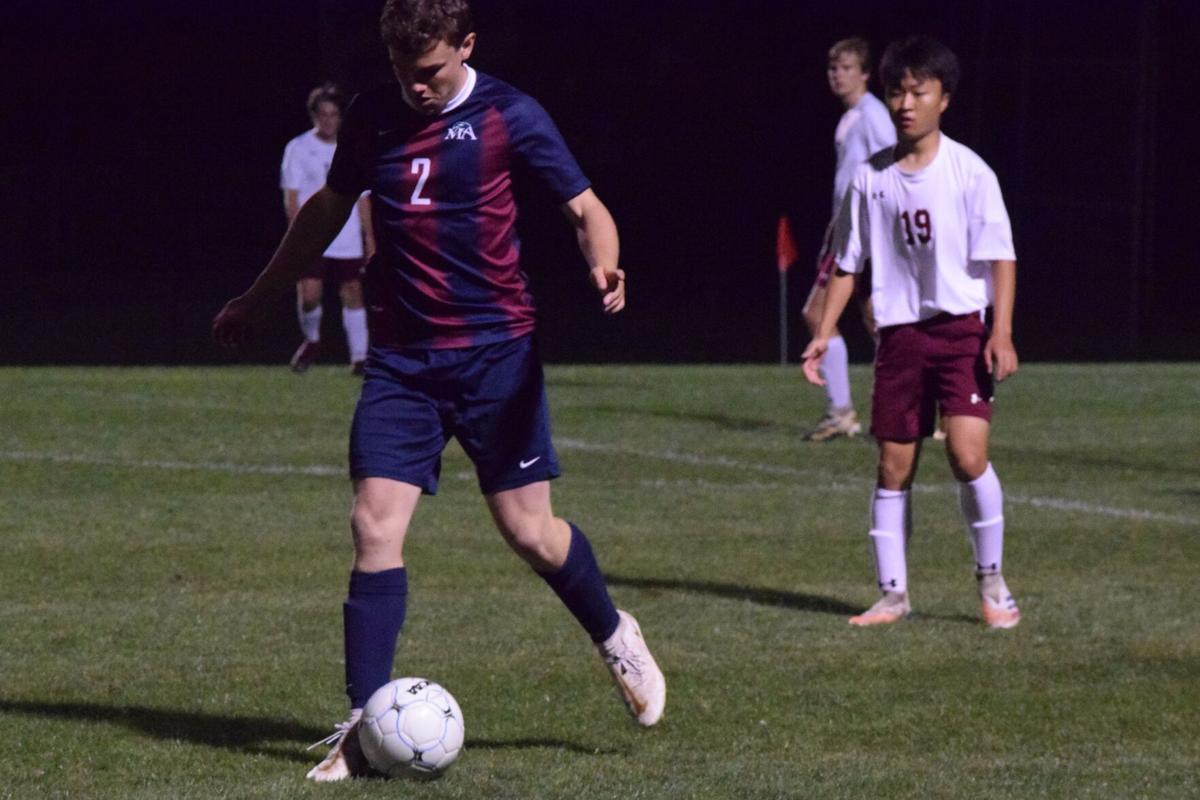 Montgomery Academy's Rushton Bassett keeps the ball away from the Golden Tigers in the final minutes of Friday's matchup. 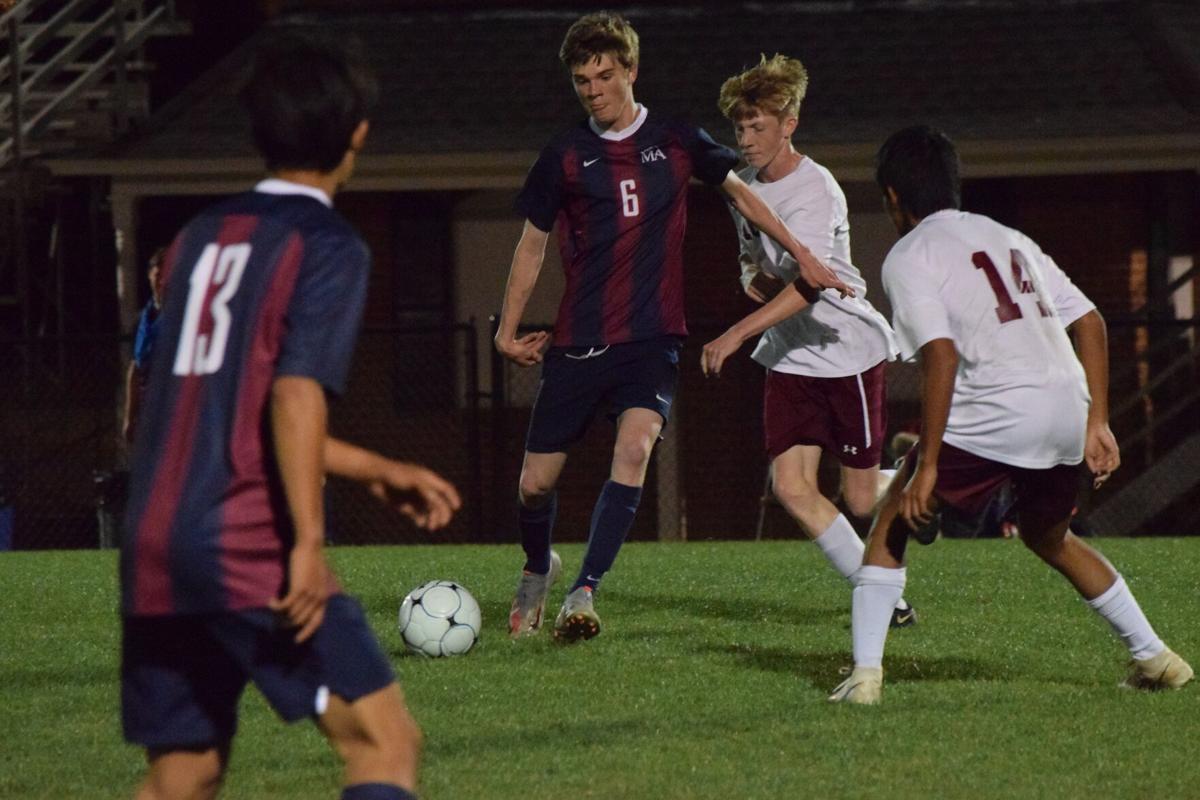 Montgomery Academy's Will Ray tries to find an opening in the LAMP defense on Friday night.

LAMP's Pete Dickinson kicks the ball away from the Golden Tigers' goal.

Montgomery Academy's Rushton Bassett keeps the ball away from the Golden Tigers in the final minutes of Friday's matchup.

Montgomery Academy's Will Ray tries to find an opening in the LAMP defense on Friday night.

There wasn’t much suspense in Friday’s quarterfinal matchup between Montgomery Academy and LAMP.

The Eagles scored three goals quickly, added two more in the first half and three in the second half for an 8-0 win over the Golden Tigers in the quarterfinals of the 4A-5A state soccer playoffs at McLemore Field on Friday night.

LAMP, the Area 4 runner-up to Montgomery Academy, ends the season still looking for its first goal against the Eagles after losing 4-0 in the middle of March and 3-0 two weeks ago.

“It’s kind of tough because we’ve already played them twice this season and they’re a really good team,” LAMP coach Robbie Farquhar said. “They play well together so it’s hard, especially coming off our last one, a big win where we snuck in a goal late, so there’s a bit of a hangover for this game as well.”

The Golden Tigers reached the quarterfinals for the fifth time in school history, but the first time since 2012, beating Carroll 5-3 in the first round of the playoffs and St. Michael 1-0 earlier this week.

Despite the earlier shutouts of the Golden Tigers, Montgomery Academy’s team came out focused and ready to play, scoring three quick goals in the first half to put the game away early.

“Honestly, it wasn’t hard to motivate them,” Montgomery Academy coach Gabi De Queiroz said. “It’s a special group of guys. Right before the game, we went to the locker room to talk and they had already motivated themselves. They know it’s a special time, it’s a playoff game and they were motivating themselves. It’s easy to work when you have that kind of talent among the players.”

“The environment, the people here watching, that helped to make the game feel special. You want to play. That kind of pushed them, the wish to score and play better and faster, every single time. Even though we finished the first half 5-0, they kept going. It’s good to see that kind of mentality.”

Montgomery Academy (18-1-1), making its 13th state quarterfinal appearance, advanced to consecutive state tournaments for the first time since 1995-96 and will face the winner of Saturday’s matchup between Indian Springs and American Christian in the 4A-5A semifinals on Thursday at the Huntsville Soccer Complex.

“It’s going to be tough,” De Queiroz said. “I think it’s going to be really good competition. I think we’re in a good place. It’s just a matter of them getting motivated, like they did today, and waking up ready to play.”

LAMP finished the season at 10-4 and loses just two seniors.

“I thought this was a rebuilding year for us,” Farquhar said. “But some things rolled the right way for us, we got some momentum and got on a roll. We peaked at the right time. We only graduate two this year, but MA is young as well so it’s going to be a battle again next year. But it’s a battle I look forward to because it’s a measuring stick for us.”