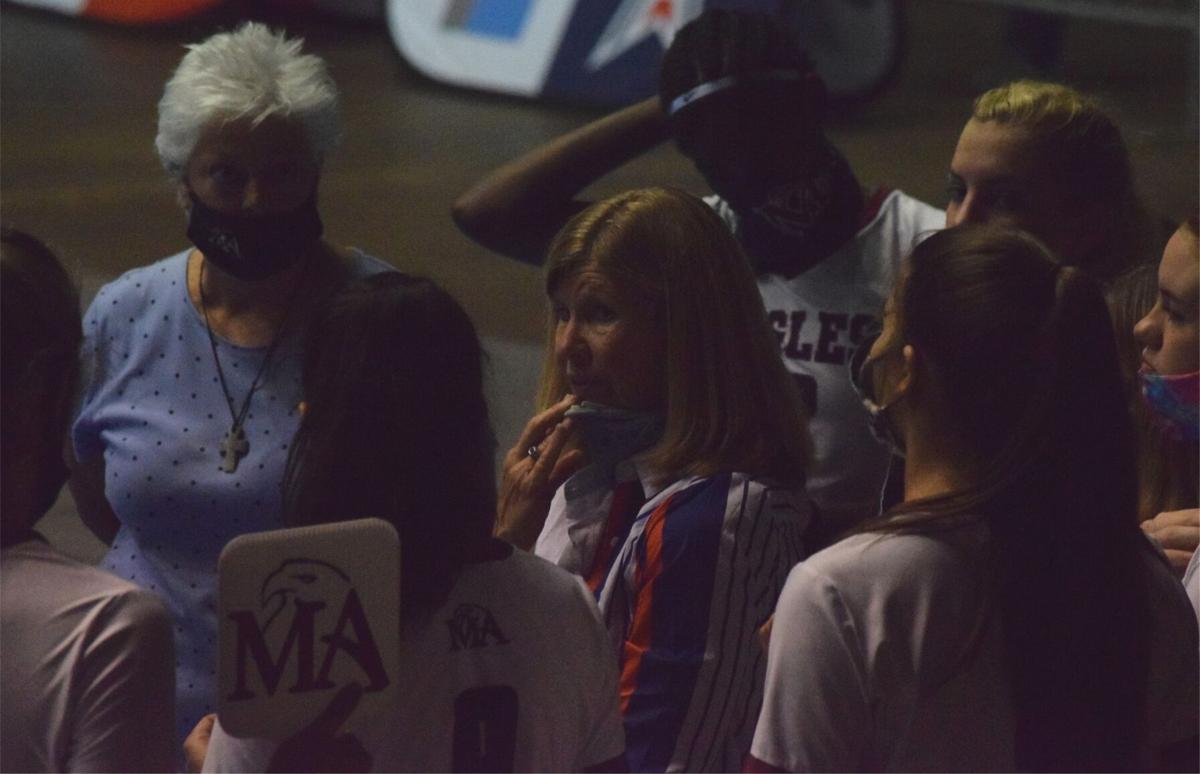 Montgomery Academy coach Julie Gordon talks to her team during a timeout in Friday's match with Straughn. 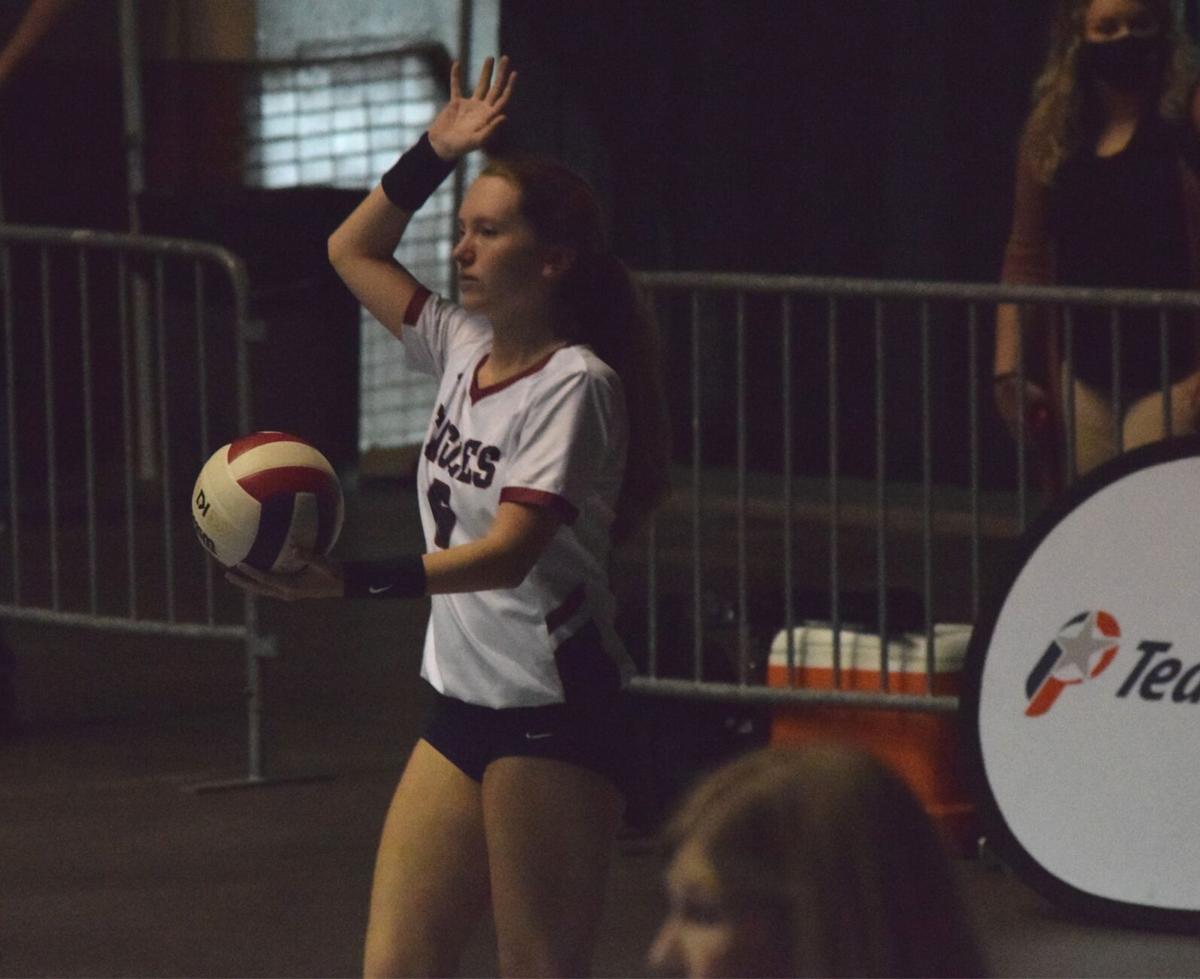 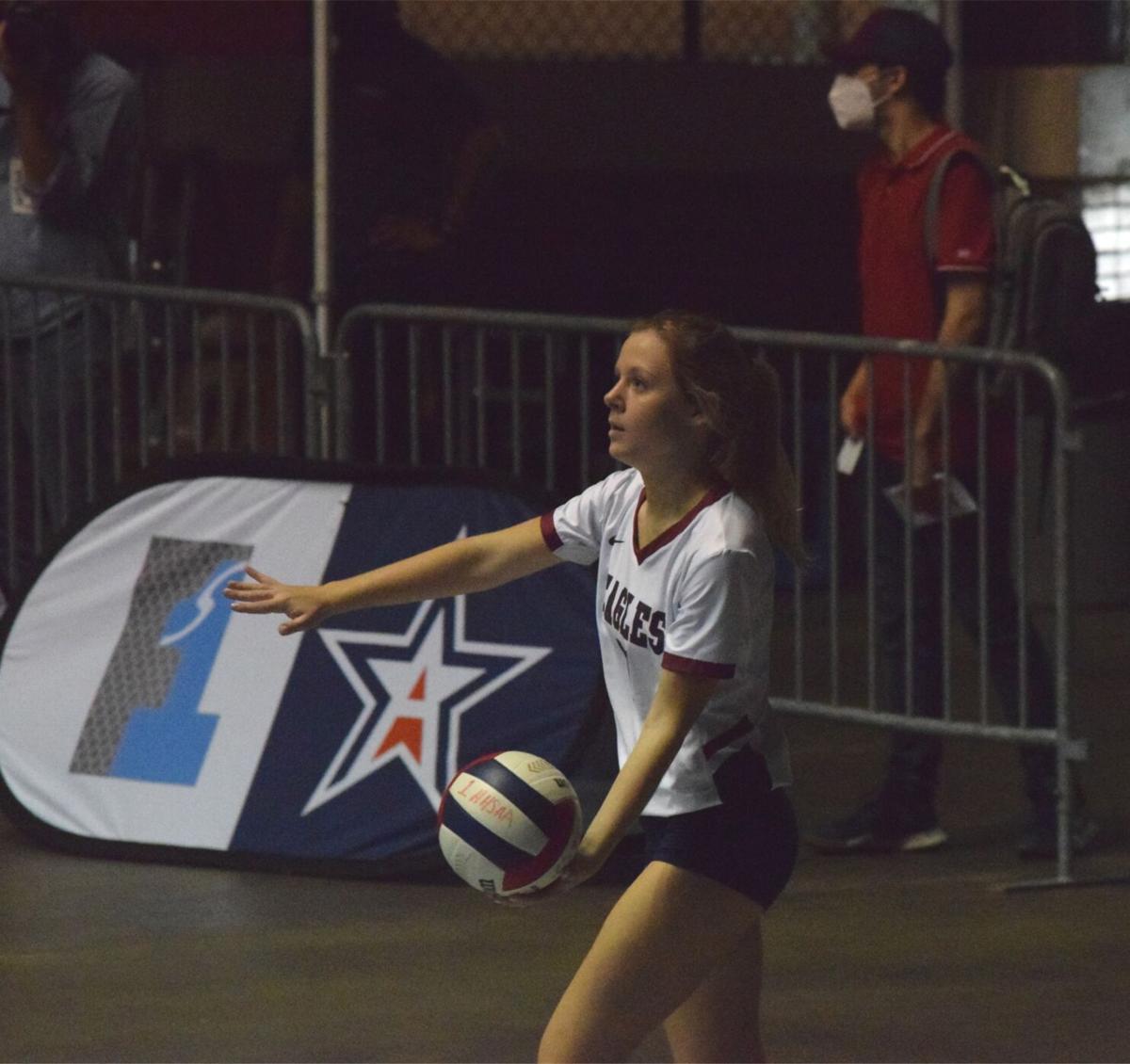 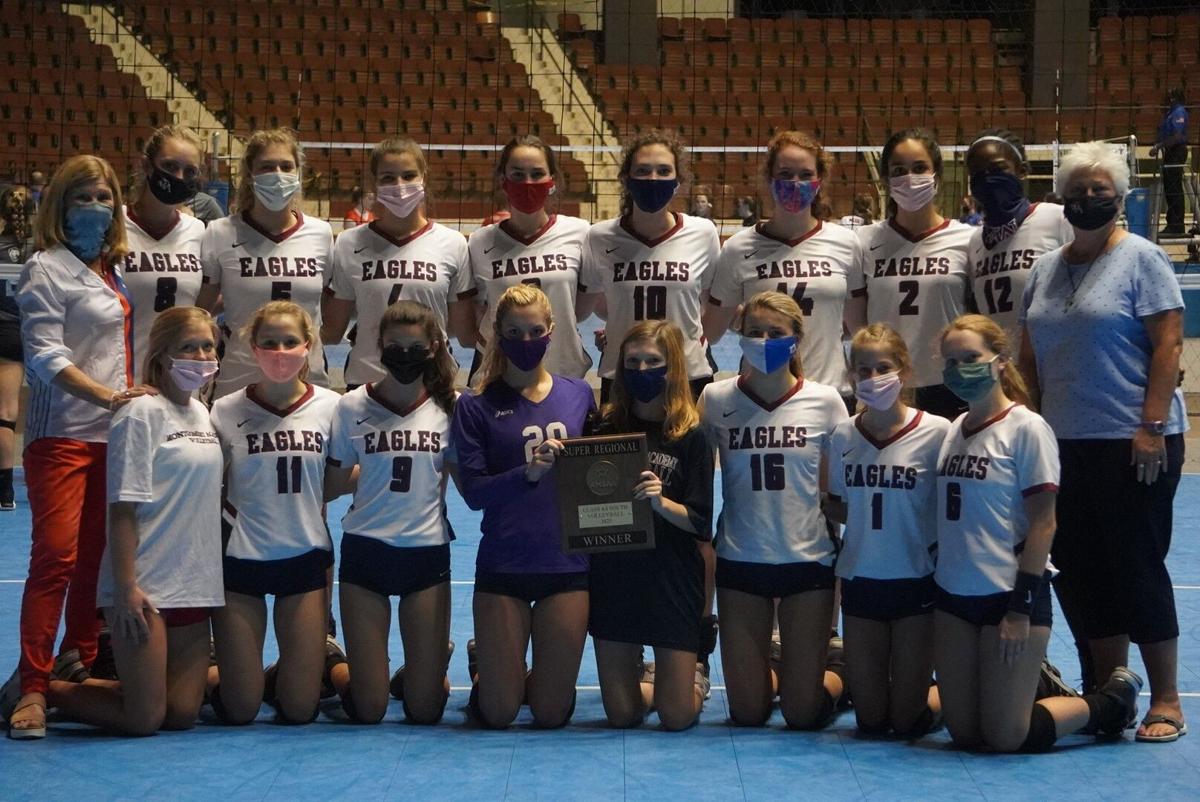 Montgomery Academy poses with its 4A South Super Regional championship plaque at Garrett Coliseum after beating LAMP on Friday.

Montgomery Academy coach Julie Gordon talks to her team during a timeout in Friday's match with Straughn.

Montgomery Academy poses with its 4A South Super Regional championship plaque at Garrett Coliseum after beating LAMP on Friday.

Straughn (20-5) stood toe to toe with Montgomery Academy through the early moments of Friday’s South Super Regional 4A quarterfinal matchup, battling the Eagles evenly and even coming off with a block or two to score points off of the two-time defending state champs.

Gradually, however, the Tigers couldn’t match the relentless pressure from the Eagles. A mistake would cost them a point. And another. And another.

The Eagles would go on to score the majority of points in the second half of each match, defeating the Tigers in straight sets 25-13, 25-12 and 25-10 in a match that was much closer than the score indicated.

“I was impressed,” Montgomery Academy Julie Gordon said. “Ann Cobern (Chapman) said it: ‘we don’t want it to be easy.’ And we don’t. We don’t want to come in and not be challenged. We had to play there. They blocked well and when they set it up, they could swing.”

“We want to leave out of here with the best seeding that we can, that will hopefully give us an advantage at state,” Gordon said after the win over Straughn. “We’ve been working on defense really hard, really aggressive this week and we talked about balls that are near sideline or inline and to run to the line. You never know whether it might be one inch (in bounds) and if it’s a state championship point and you didn’t go for it, how bad are you going to feel?

Montgomery Academy (32-7) will play fourth-seeded Westminster Christian from the North Super Regional in the quarterfinals of the 4A state tournament on Wednesday at 11:30 a.m.

Other matchups in the state tournament include Curry vs. Northside, LAMP vs. Jacksonville and Madison Academy vs. St. Michael. All games are at 11:30 p.m.

The four winners advance to the semifinals later on Wednesday at approximately 3:30 p.m., with the 4A finals scheduled for Thursday at 2 p.m.