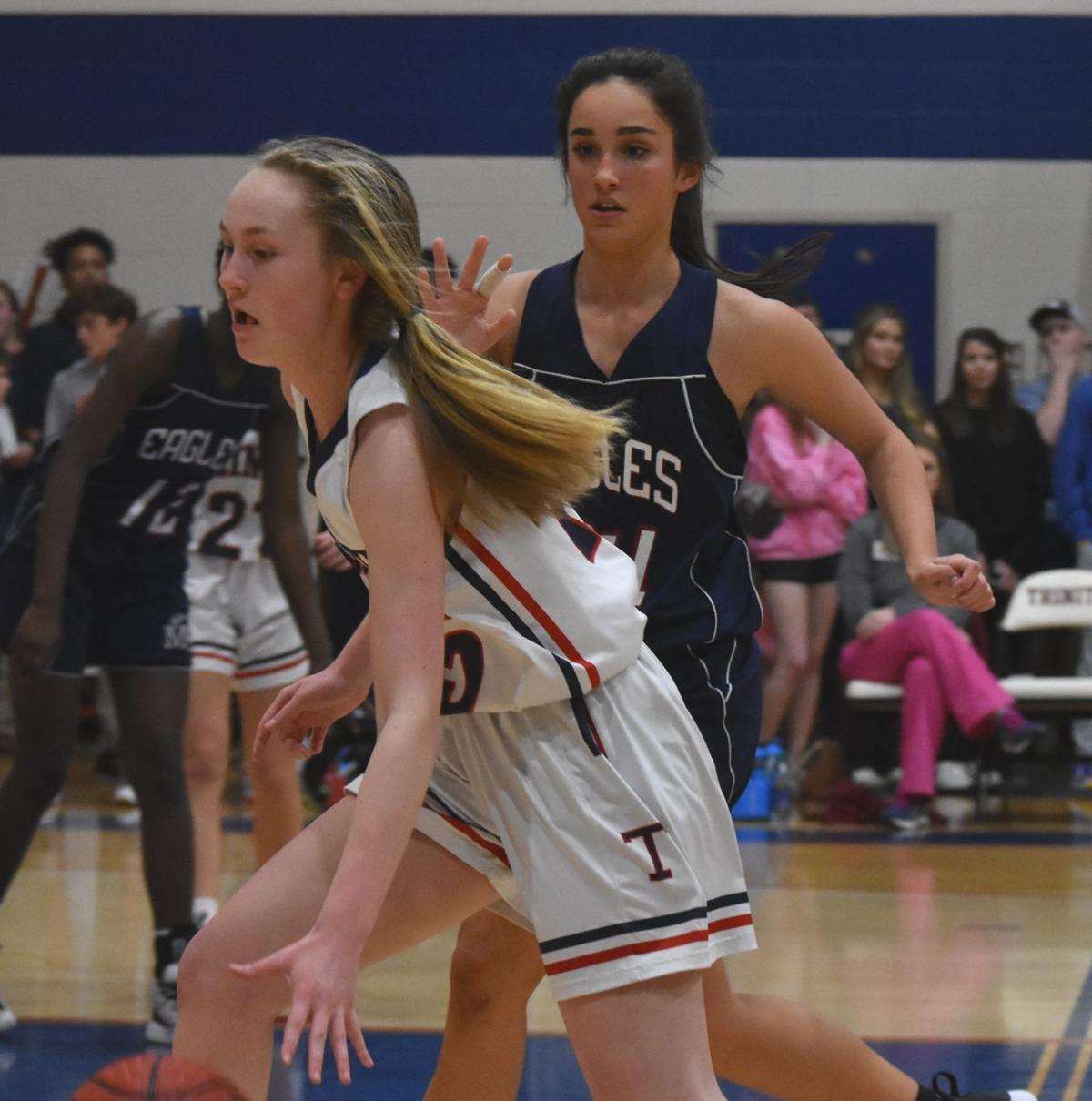 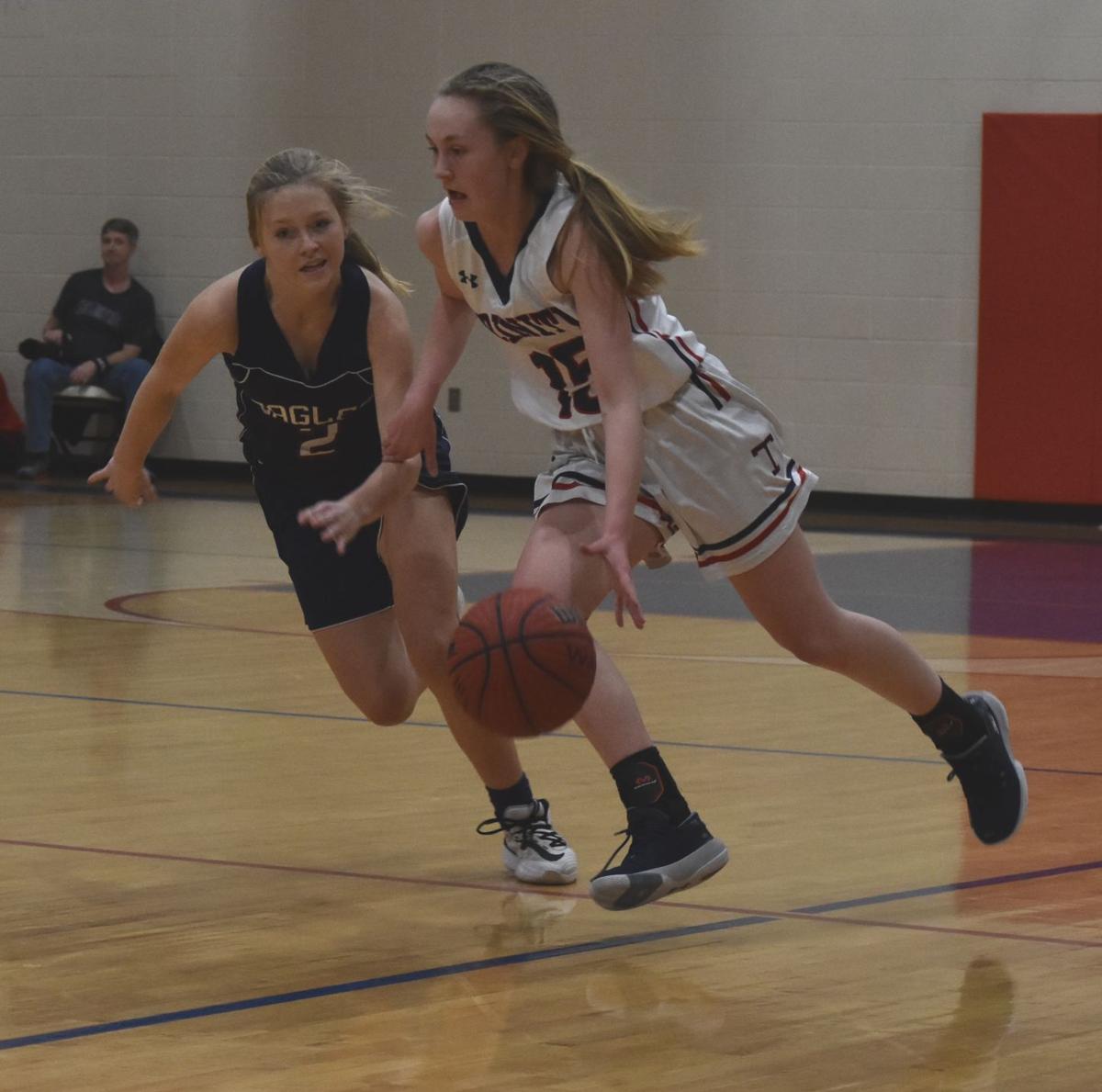 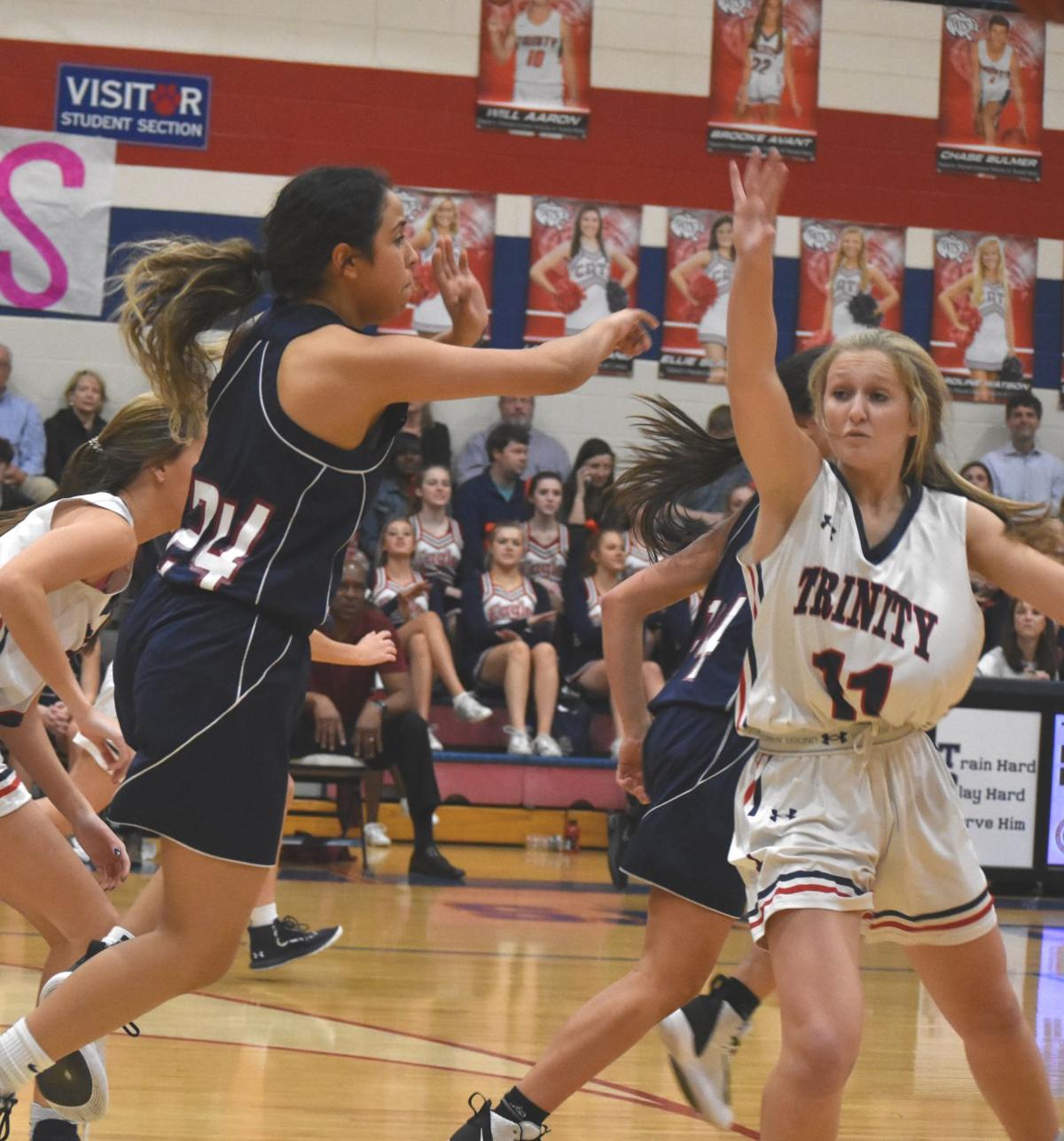 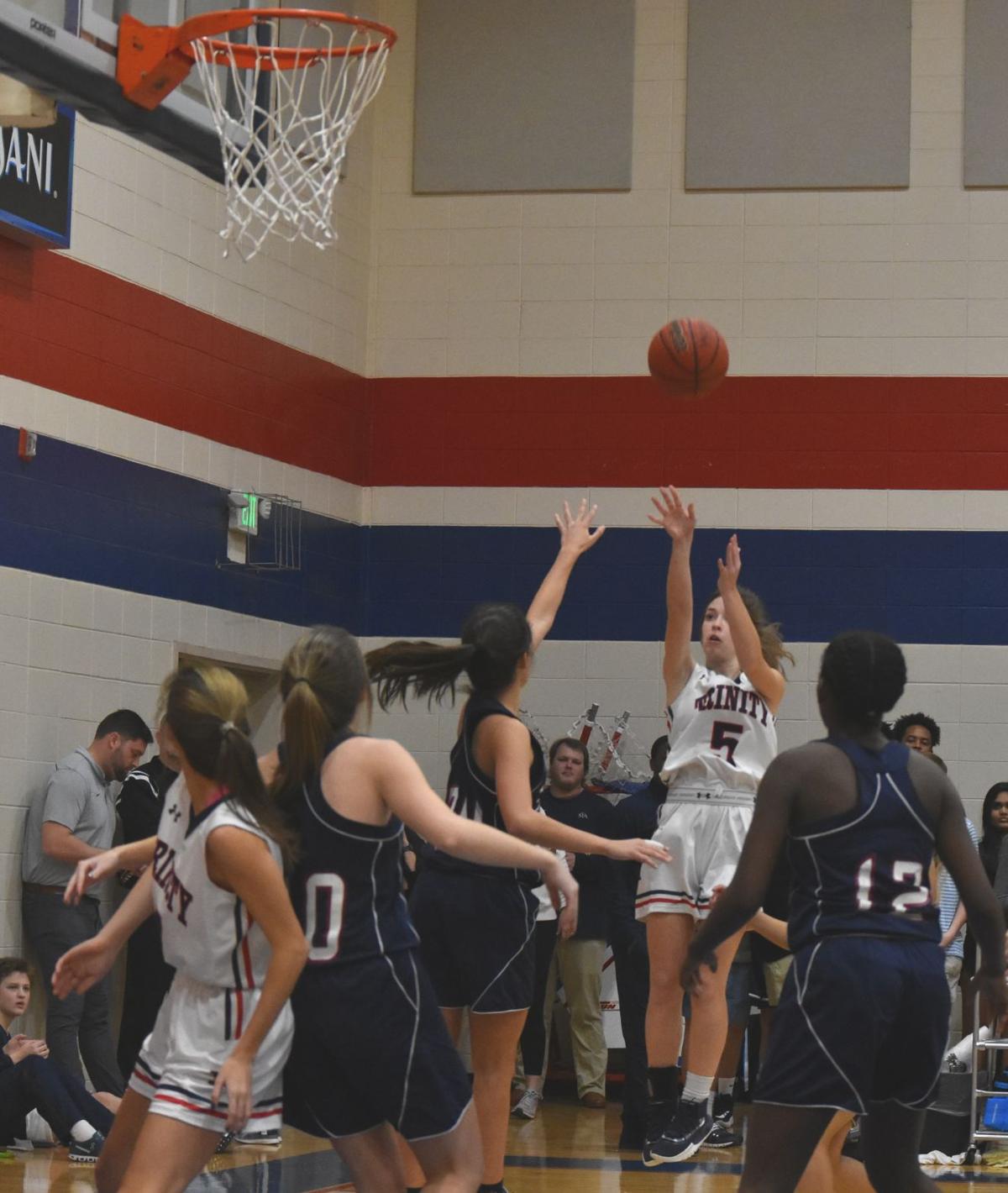 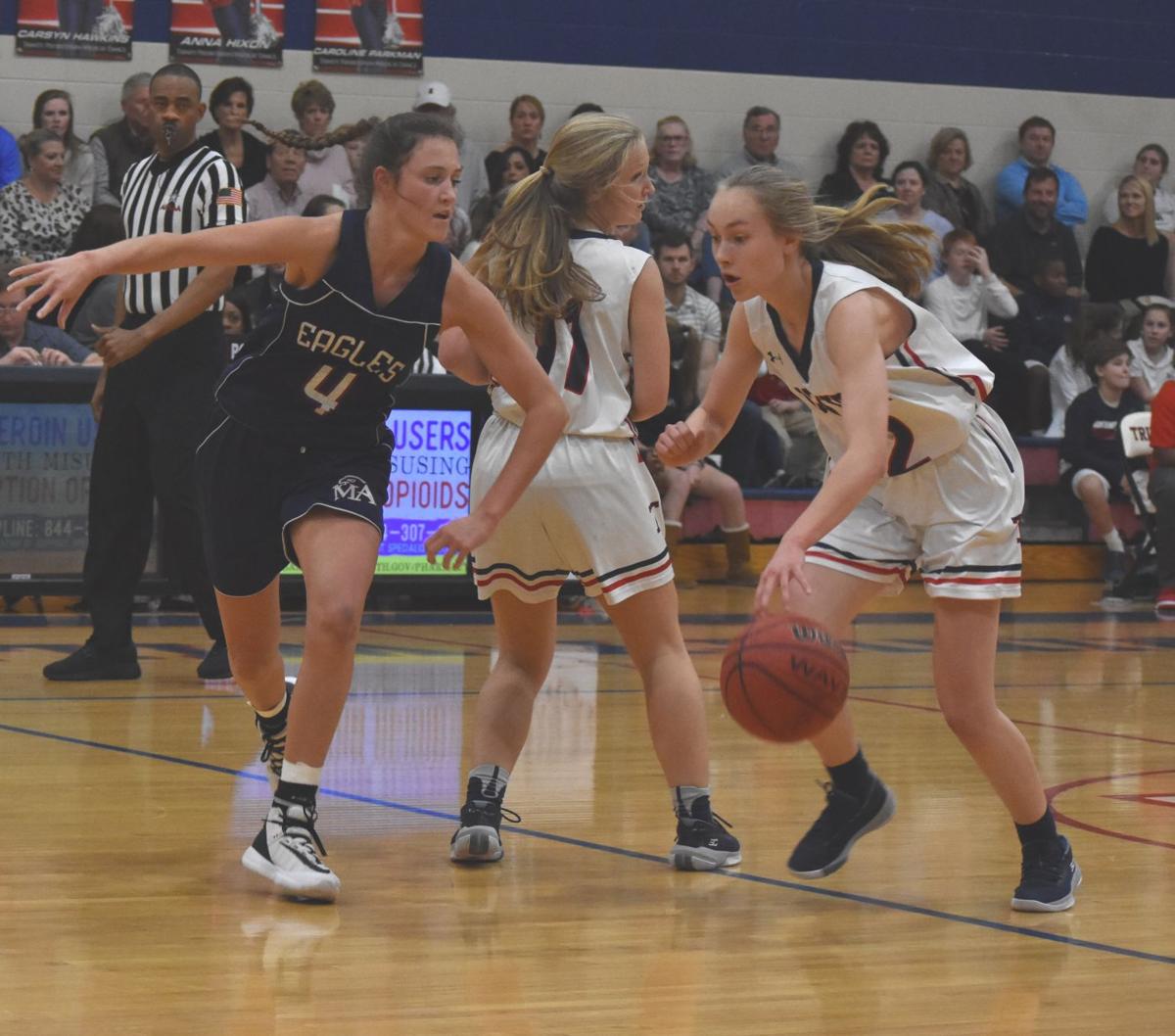 Despite an excellent record the MA girls have not been on their game for quite some time. In the first half against Trinity Friday night the Eagles remained lackluster while the Wildcats played well. As a result Trinity held a 21-17 lead at halftime.

Then there was a spark, something that has been missing. In the third quarter MA began to look like its old self and grabbed the lead. The Eagles were up by three at the end of the third quarter and went on to win 44-37.

The spark didn’t happen at the free throw line where MA continues to struggle. The Eagles made only nine of 23 free throws for 39%, a success rate far less than customary.

“Our free throw shooting has not been good. We definitely need improvement there. The field goal percentage has been okay,” MA coach Barry Fencher said. “I saw that spark. It was good to see. Hopefully things will come around.”

Fencher made it clear that Trinity forced MA to work very hard for the victory. MA could not put the Wildcats away until very late in the game and did so by slowing things down to a crawl – a rare event for the run and gun Eagles. “Trinity played a heckuva game. They found ways to succeed. I think this is one of those games that helped bring out more of the best in our players,” Fencher said. “I think our girls handled things well down the stretch against a good team and I’m proud of them for that.”

Robertson, Millie Stevenson and Anaya Thomas had five rebounds each. The victory put MA at 14-3 on the season.

Trinity coach Blake Smith was pleased with his team even though the Wildcats were hit with a loss. “I’m really proud of our girls playing as good they did against a good team like MA. I think our players are buying into the fact that they can play with a lot of good teams,” Smith said. “Physicality is still an issue and that can take its toll late in a game. But we are improving incrementally and we are not turning the ball over as much.”