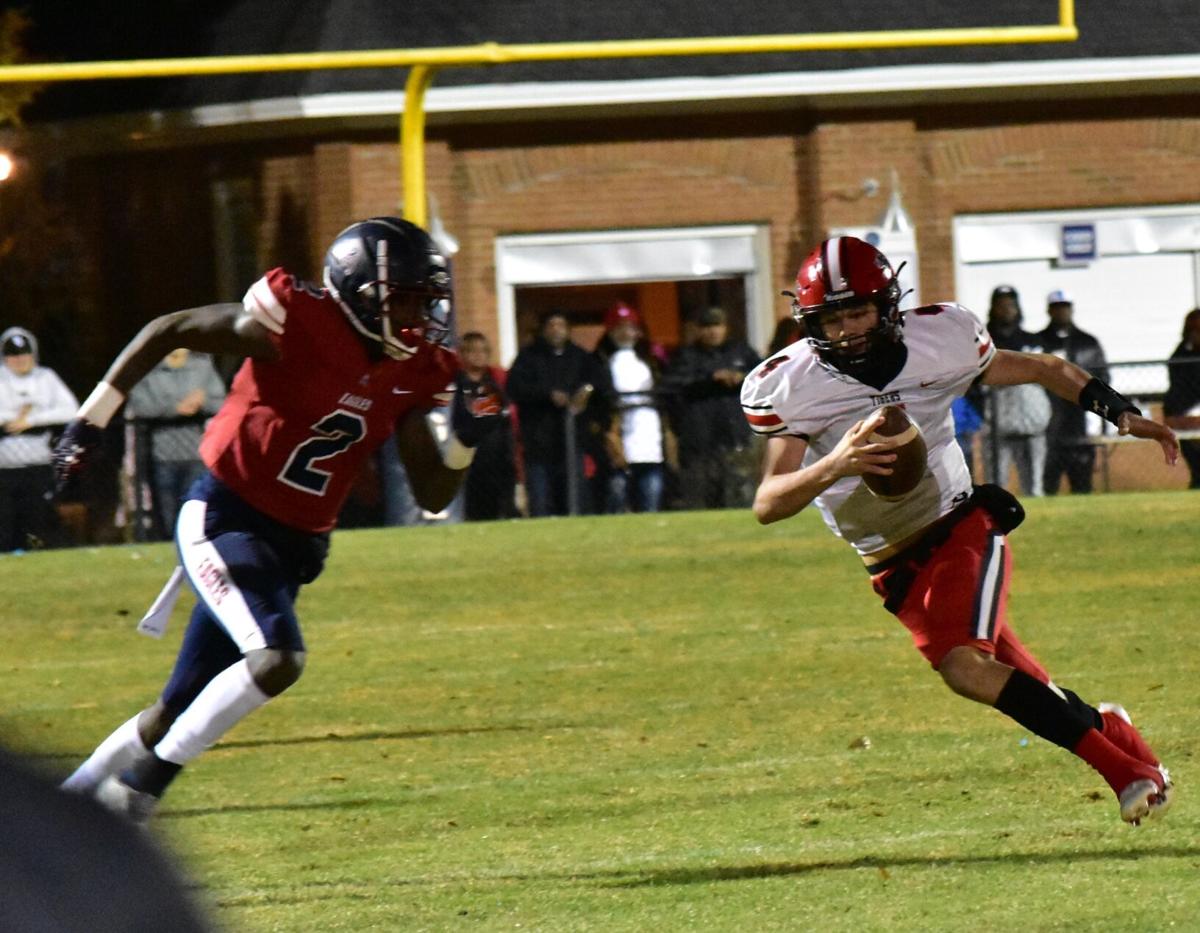 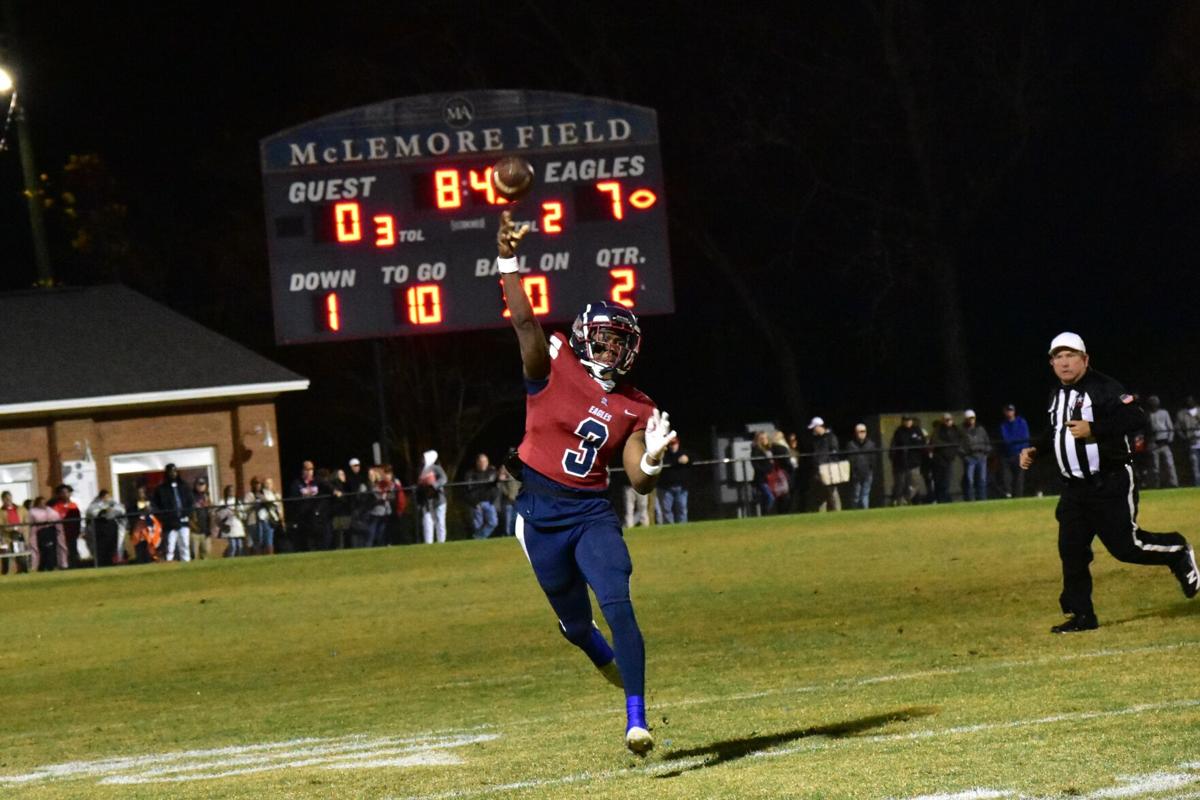 It was hard to figure out which was more impressive, Jamal Cooper’s performance at quarterback for Montgomery Academy or the Eagles’ 28-0 shutout of T.R. Miller in the quarterfinals of the 3A state playoffs at McLemore Field on Friday night.

“Jamal played a sensational game at quarterback,” Johnson said. “He creates such another dimension because, not only is he really poised back there, but he’s fast, sharp and he reads things so well.”

Cooper, who moved from running back to quarterback on a full-time basis at the beginning of the playoffs, recorded 78 yards passing along with 118 rushing yards and a touchdown.

It was also easy to praise the defense, which handed one of the state’s best-known playoff teams a rare shutout. In a rich tradition of 128 playoff games over the last 51 years, T.R. Miller has been shutout just four times in the school’s history. Since the last postseason shutout, a 10-0 loss to Lanett in 1987, T.R. Miller has been shut out just once (a 25-0 loss to Andalusia in 2015) in 437 games before Friday’s loss.

“Our defensive line played outstanding and they dominated the ballgame from start to finish,” Johnson said. “I was so proud of our defense for shutting out T.R. Miller, which is one of the best offenses in the state.”

The Eagles got the scoring started after Jashawn Cooper, who had 104 yards and three touchdowns, ran in his first touchdown of the night about midway through the first quarter to take a one-score lead.

Early in the second quarter, Jamal Cooper scored his lone touchdown of the game to take a two-score lead.

The Tigers couldn’t convert a fourth-down play near midfield with a little over two minutes remaining in the first half and the Eagles capitalized on the good field position with another Jashawn Cooper touchdown run for a 21-0 halftime lead.

Jashawn Cooper added another touchdown midway through the third quarter for the game’s final points.

The win sets up a rematch between Montgomery Academy (11-3) and Catholic in the 3A semifinals. Last year, at McLemore Field, the Knights handed MA their only loss of the season in overtime in the semifinals. This year’s rematch marks the first time for back-to-back semifinal playoff appearances for the Eagles since 1987-88.

“We have a 24-hour-rule,” said Johnson. “But after that, we’re going to get back to work and try to do our best against the number one team in the state.”

This time, the game will be at Catholic. The Knights defeated Montgomery Academy 42-0 at home on Sept. 24.