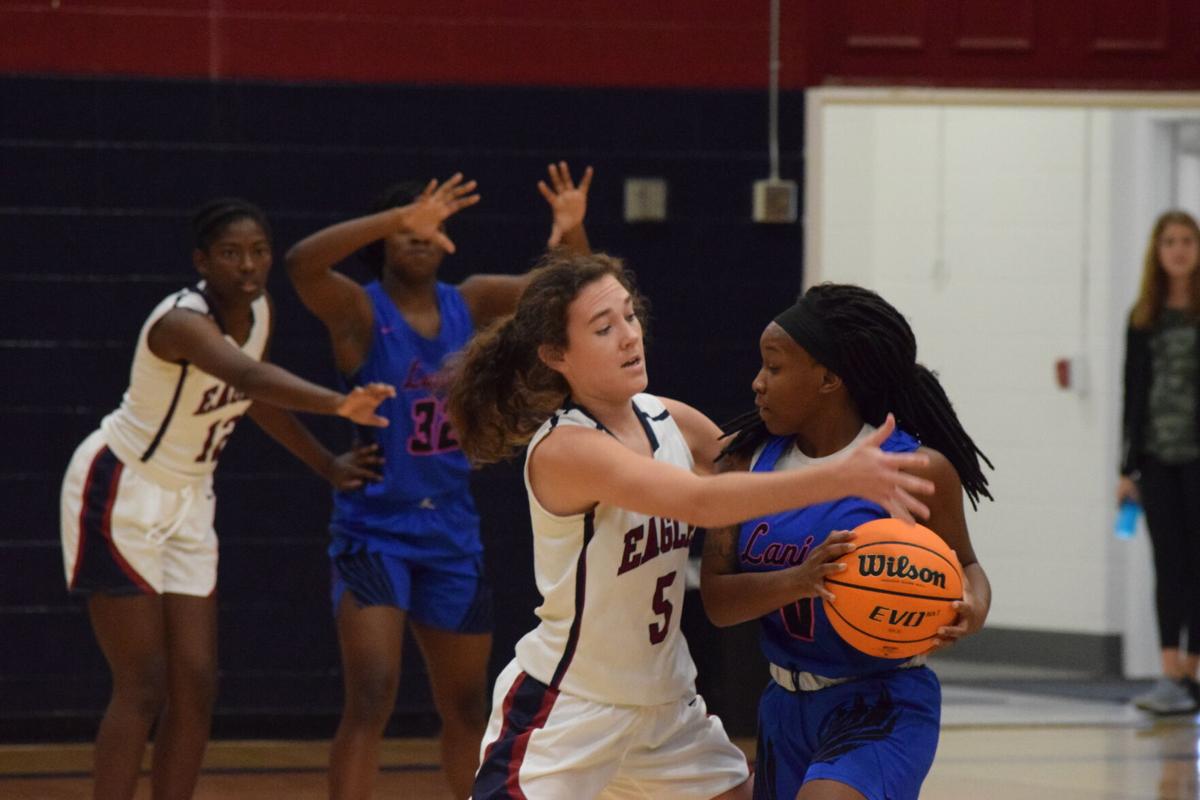 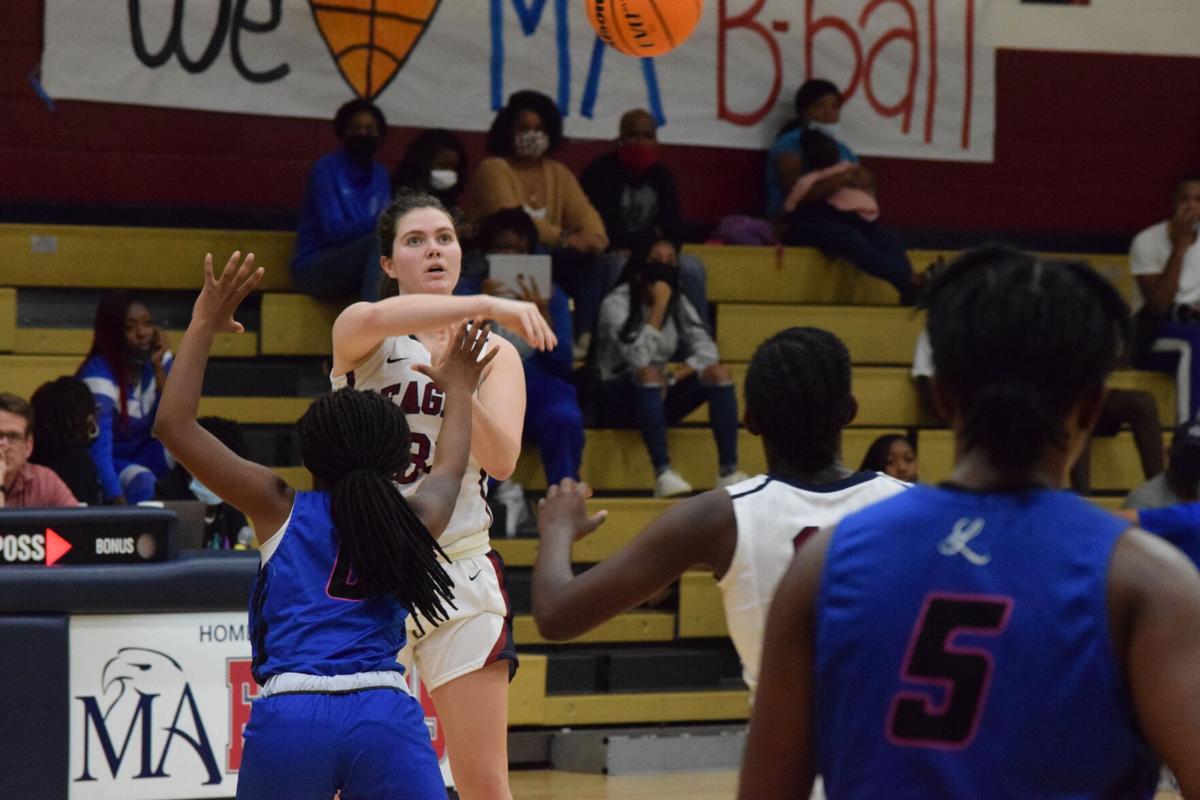 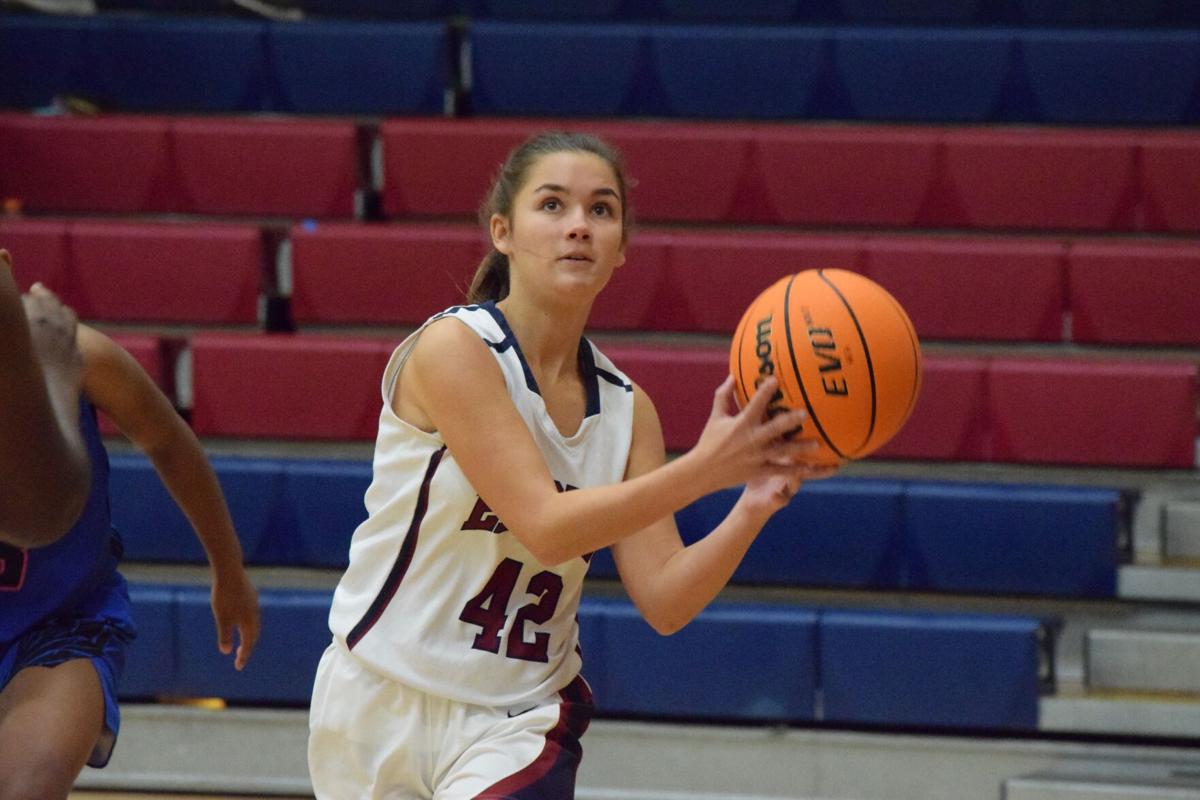 Montgomery Academy's Emily Rose Benefield shoots baseline jumper against the Poets in the second half. 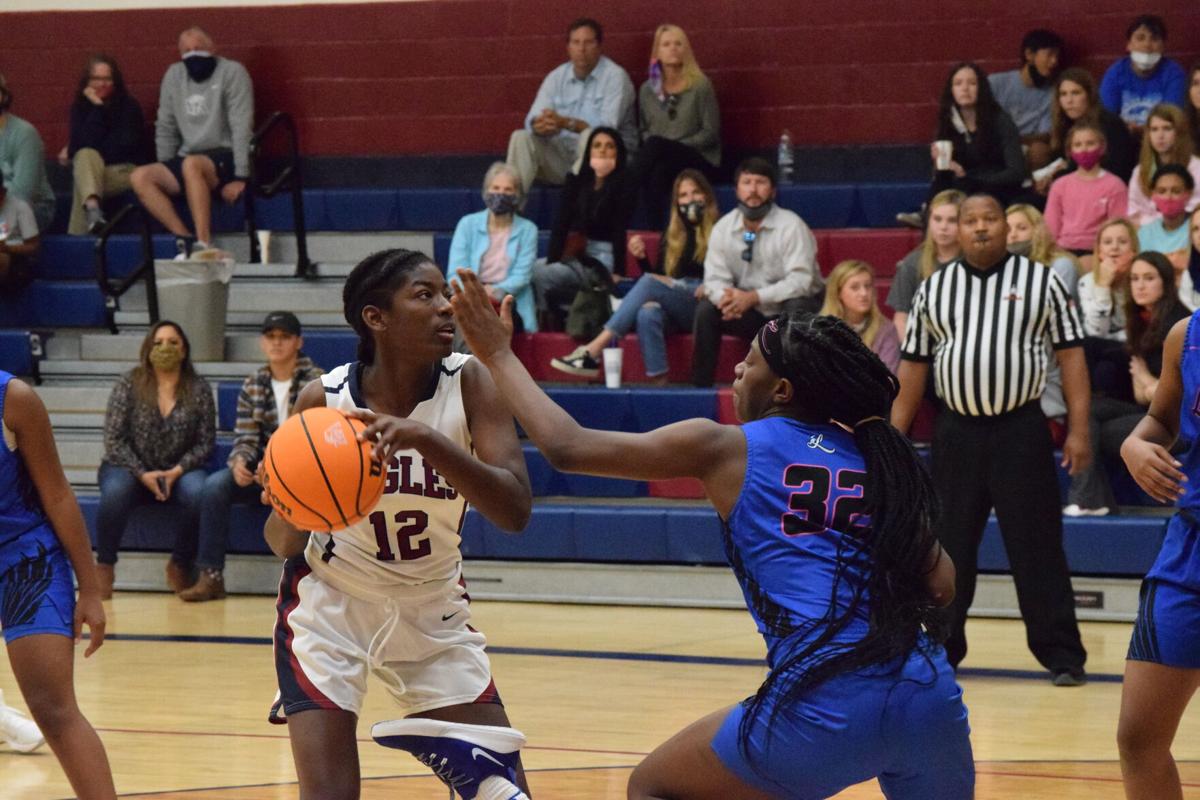 Montgomery Academy's Anaya Thomas looks for a shot in the paint in Tuesday's game. 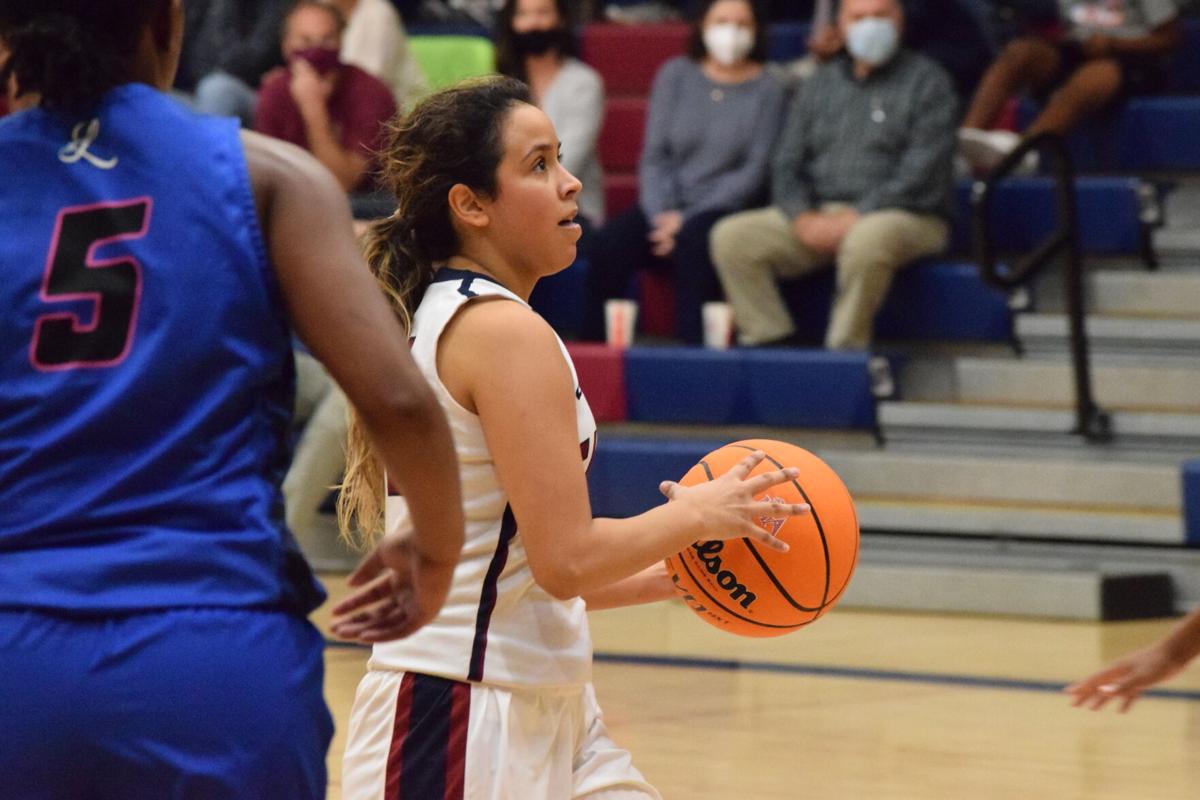 Montgomery Academy's Gabby Ramirez shoots a floater in the lane for two of her 11 points on Tuesday. 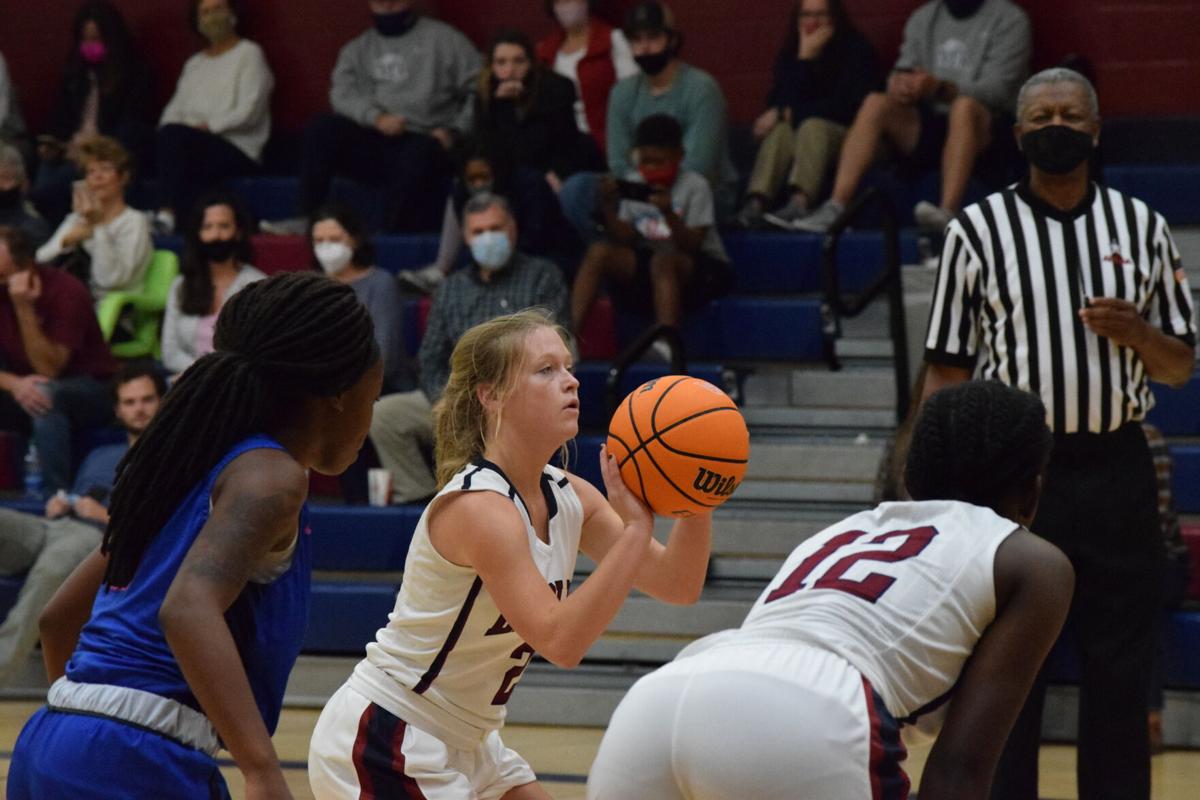 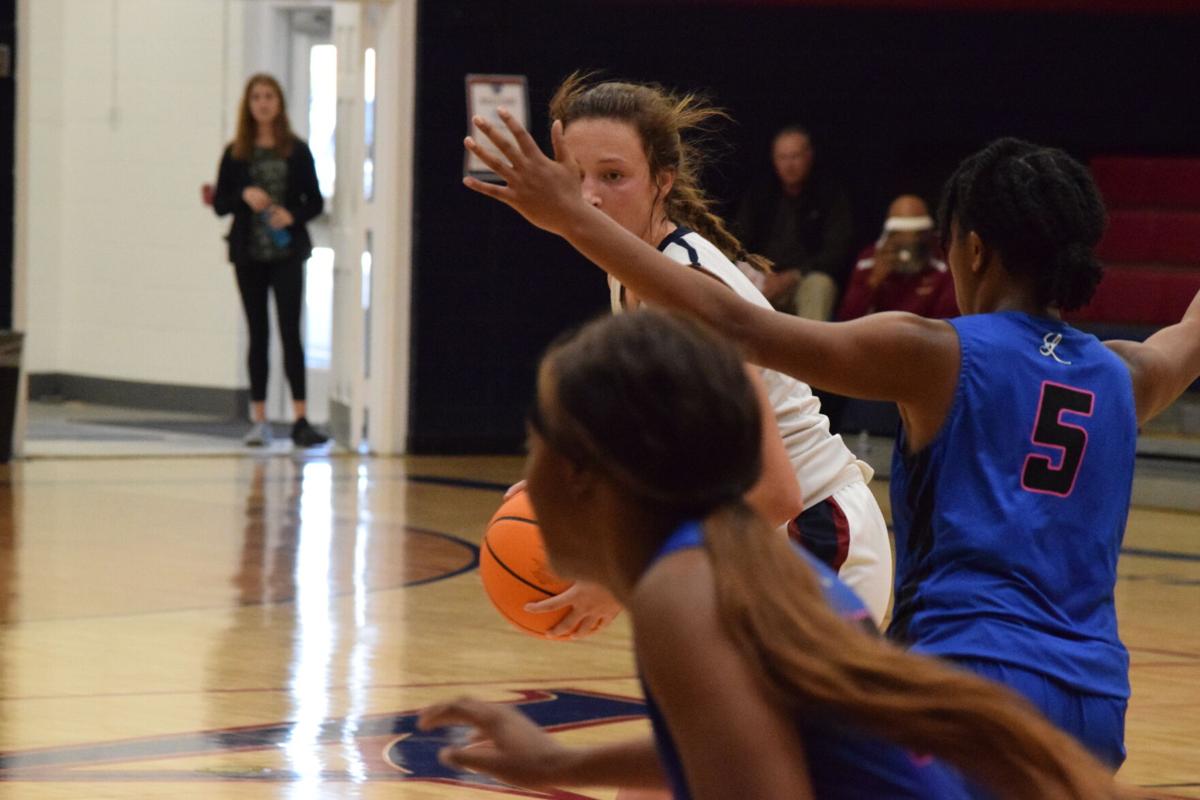 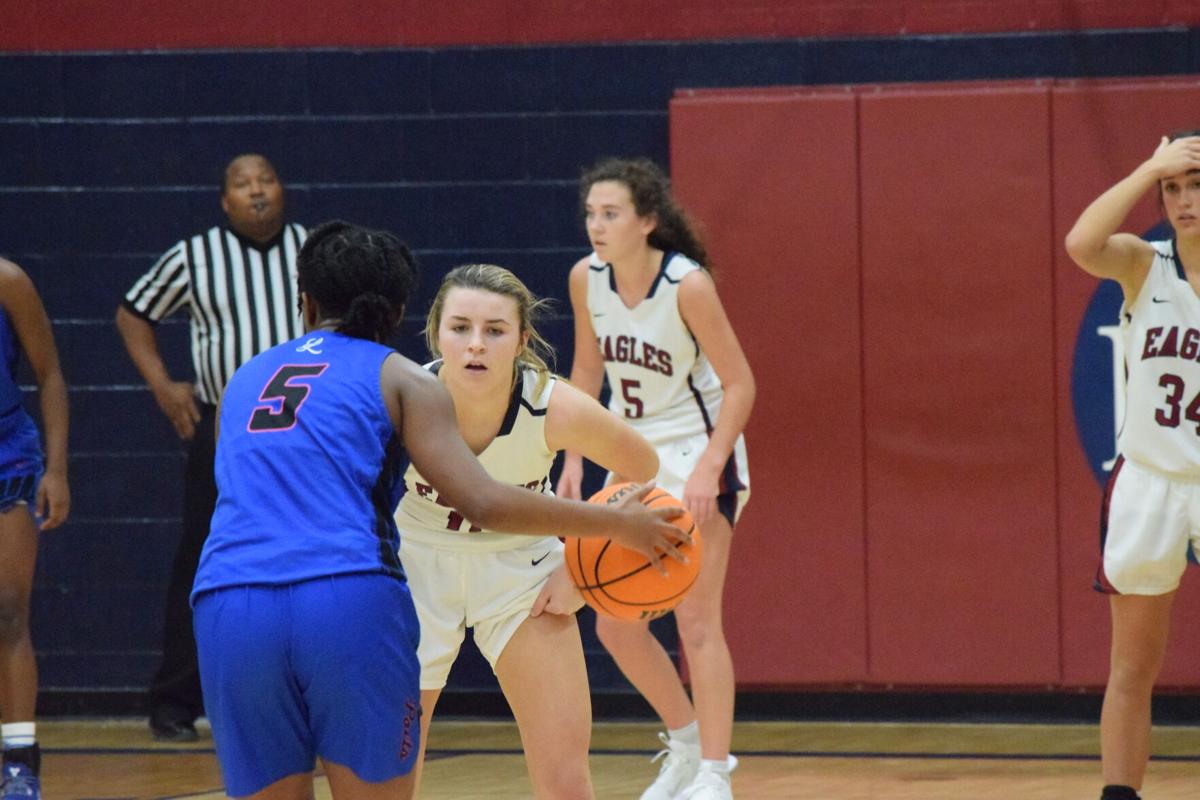 Montgomery Academy's Emily Rose Benefield shoots baseline jumper against the Poets in the second half.

Montgomery Academy's Anaya Thomas looks for a shot in the paint in Tuesday's game.

Montgomery Academy's Gabby Ramirez shoots a floater in the lane for two of her 11 points on Tuesday.

The second day brought a larger program and a more physical opponent, but the results were the same.

Montgomery Academy followed up on its rout of Class 1A Loachapoka with another romp, this one over Class 6A Sidney Lanier, to advance to the finals of the Coach Larry Chapman Foundation Tip-Off Classic at Joe Mooty Court on Tuesday afternoon.

Not surprisingly, the Eagles (2-0) will face area rival Prattville Christian Academy in the championship game on Wednesday at 1:30 p.m., in the first of what likely will be six meetings this season between two of 3A’s best girls’ basketball programs.

Like the season opening win over Loachapoka on Monday, Tuesday’s game was decided rather quickly, but the Poets were a different challenge for the Eagles. Montgomery Academy led 14-6 at the end of the first quarter and 30-16 at the half before cruising to a 54-24 win.

“It was a good test,” Montgomery Academy coach Reg Mantooth said. “We missed some shots early but we were able to get some open shots and guard them a lot better in the second half. That probably had a little bit to do with us missing those shots early, that they are bigger and more physical and they weren’t easy shots, but we need to finish those.”

Montgomery Academy got just one basket in the paint as most of their first-quarter field goals came from the perimeter as the Poets packed in the defense and limited some of the Eagles’ transition game.

“We’re really stressing defense,” Mantooth said. “We probably weren’t as good defensively today as we were yesterday but that was probably was the competition a little bit. I think we were a little more settled today. We were a little hyped up yesterday. But every game’s different and we’re still learning.”