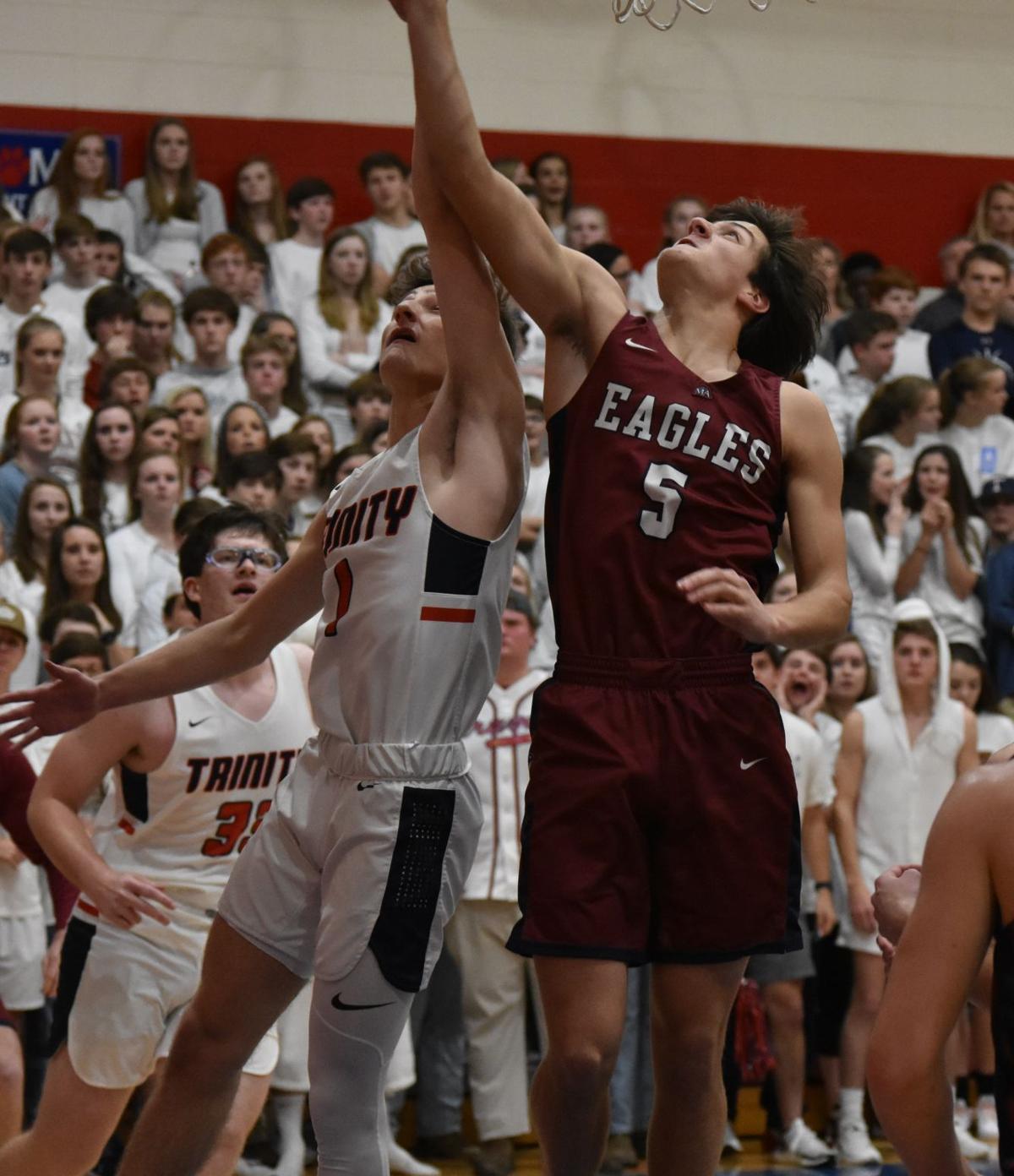 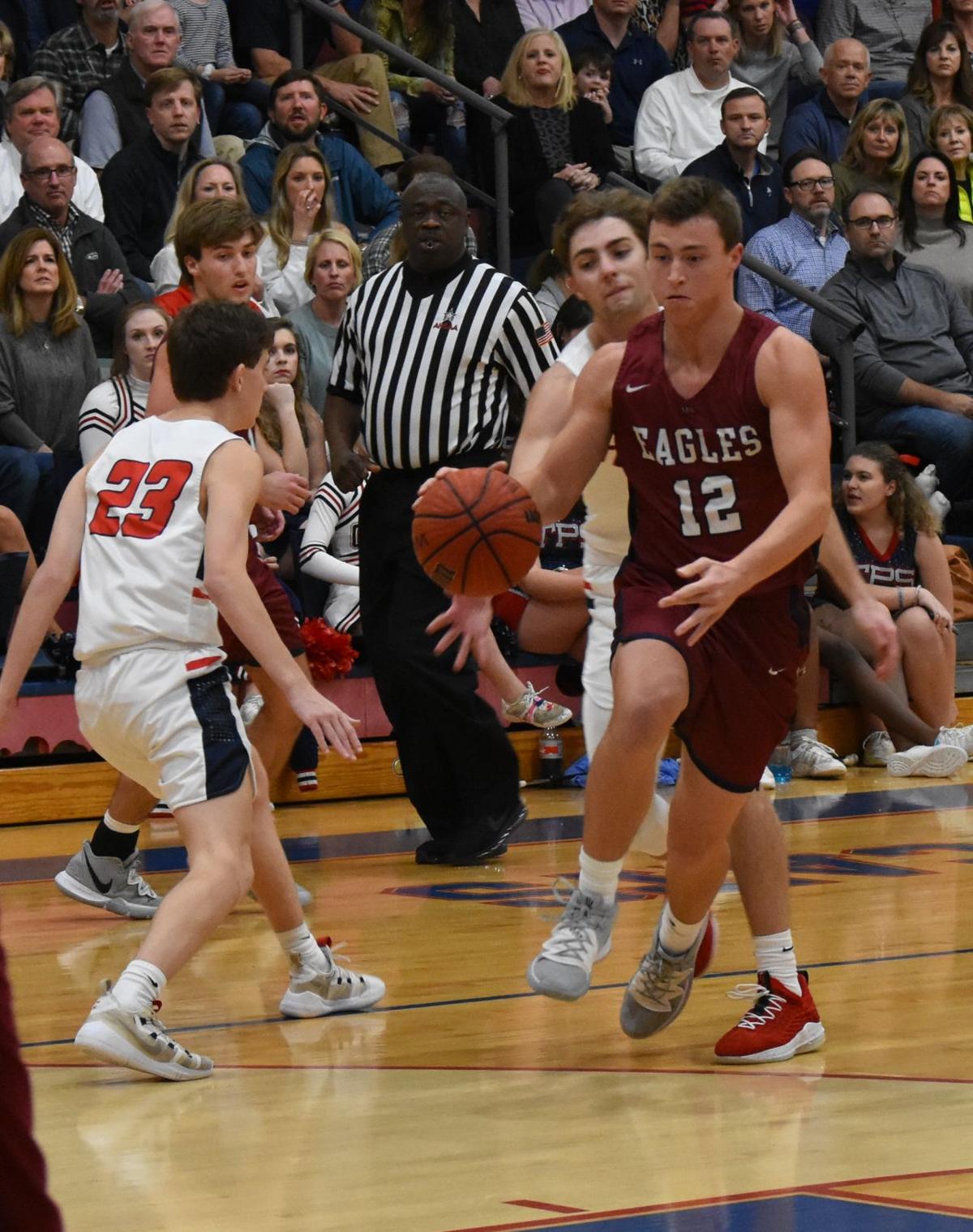 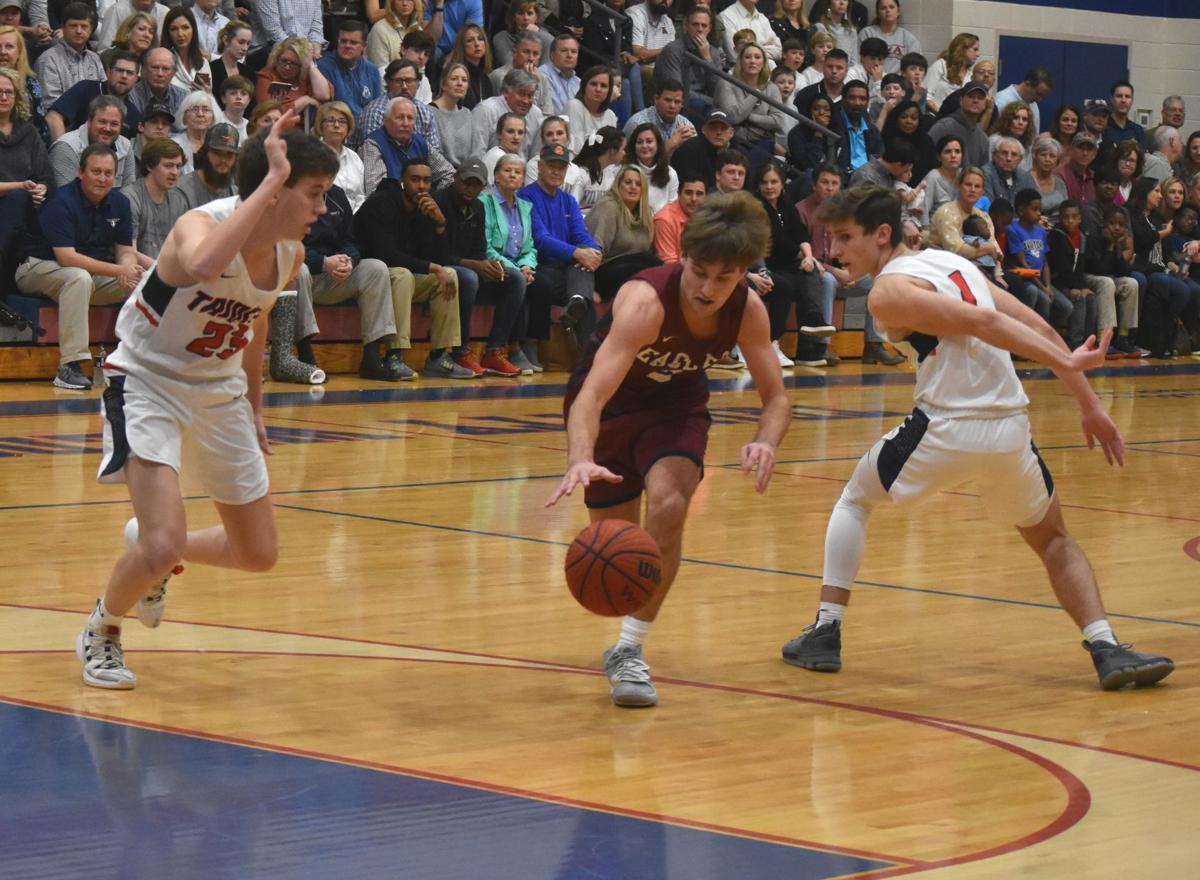 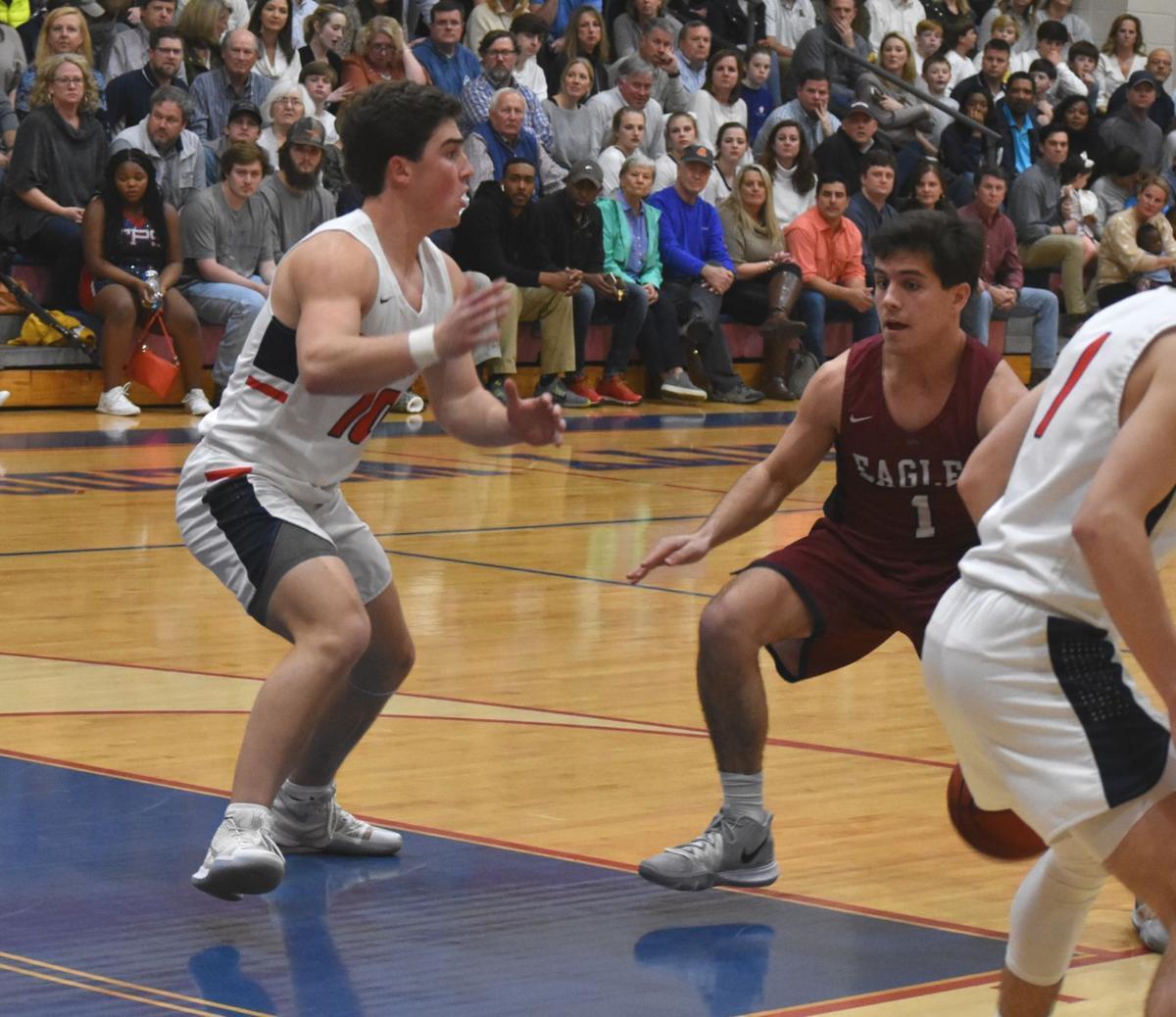 It looked like a repeat of the championship game of the Trinity Tournament in December – for the first half. Then MA reversed the trend with a big second half to defeat Trinity 75-68 Friday night.

The Eagles were missing their head coach Jeremy Arant, who was traveling out of state due to a family medical situation. Assistant coach Brock Brady took the reins for the game against arch rival Trinity and guided the Eagles to victory. “They were easy to motivate tonight with the circumstances requiring Coach Arant to be gone. They dug in and gave it their best. A big win for us,” Brady said.

Just like the last meeting between the two teams, Trinity came out with guns blazing and took command taking a 35-26 lead into intermission. “We had a rough start, there is no doubt about it and we did not shoot well in the first half,” Brady said. “But our guys stuck with it and the shots started to fall in the second half.”

Brady thought the MA defense earned the victory because of the superb play in the second half. Things began to turn in the middle of the third period and by the time the fourth quarter started MA owned the lead at 52-50. Although the lead went back and forth a few times the Eagles gradually got the better of the Wildcats and pulled away late.

Production for MA sharpshooter Ollie Bear has been off a little lately, but the senior hit a hot streak against Trinity and led all scorers with 23 points. Britton Kohn made a couple of clutch shots in the second half and finished with 16 points. William Norrell did his usual second half antics and scored 11 of his 13 points after halftime. Thomas Kirkham finished with seven points.

“We played well in the first half but we missed a bunch of free throws and that always hurts. They just started hitting shots in the second half and we didn’t play well. It just caught up to us,” Trinity coach Matt Arrighi said.

Montgomery Academy stands at 11-6 on the season. Trinity is now 9-8.