You have permission to edit this article.
Edit
Home
News
Sports
A & E
Opinion
Obituaries
The Whirl
Legal Notices
School
1 of 10 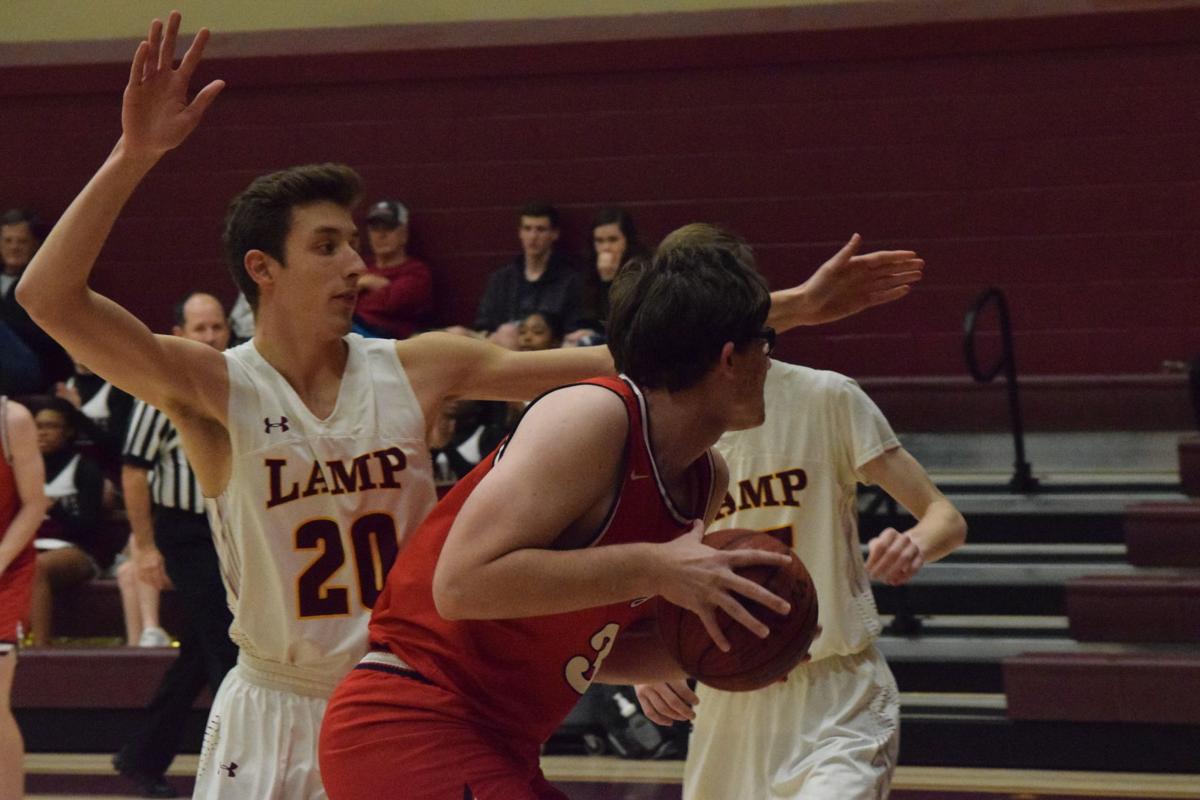 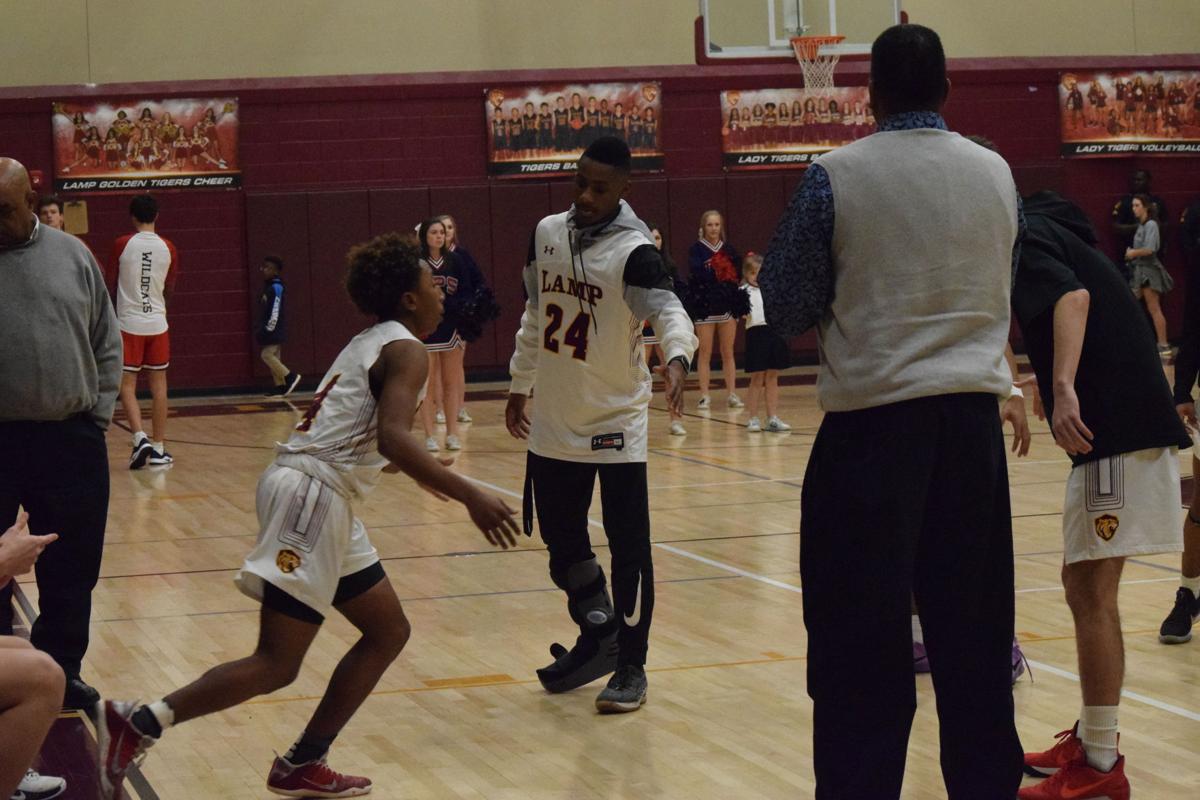 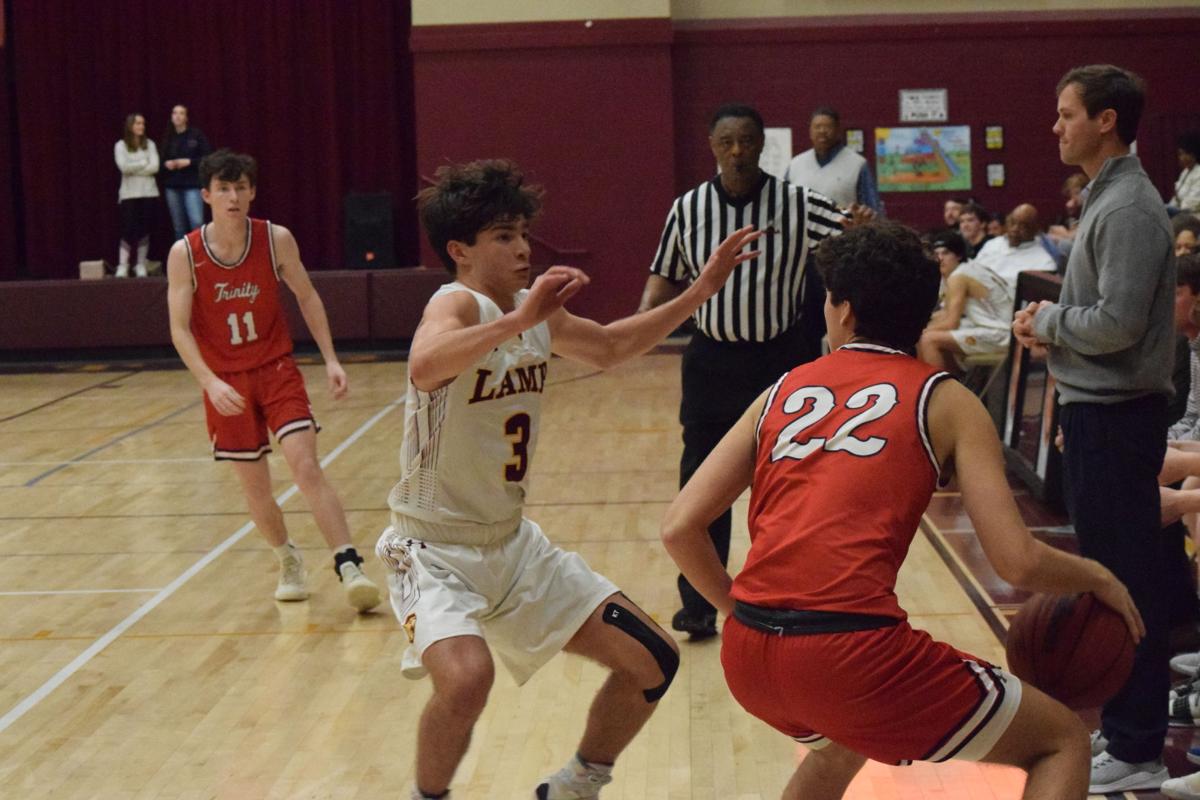 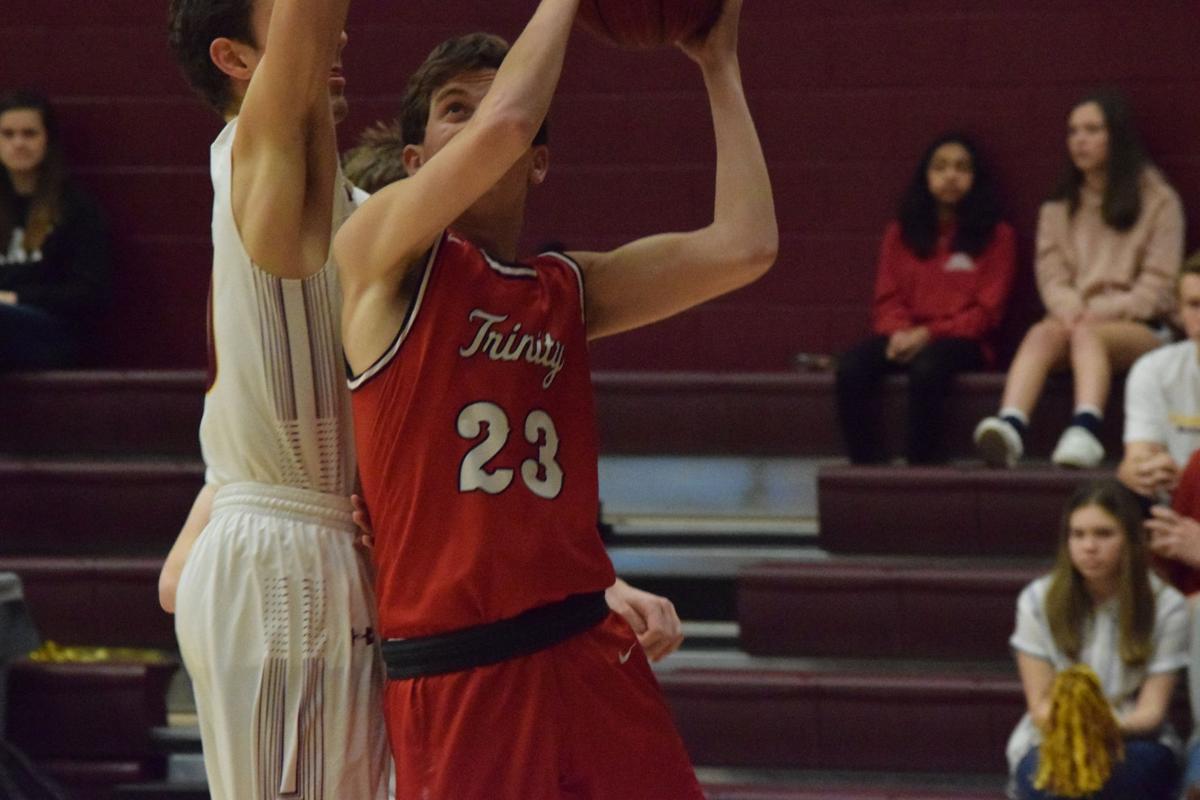 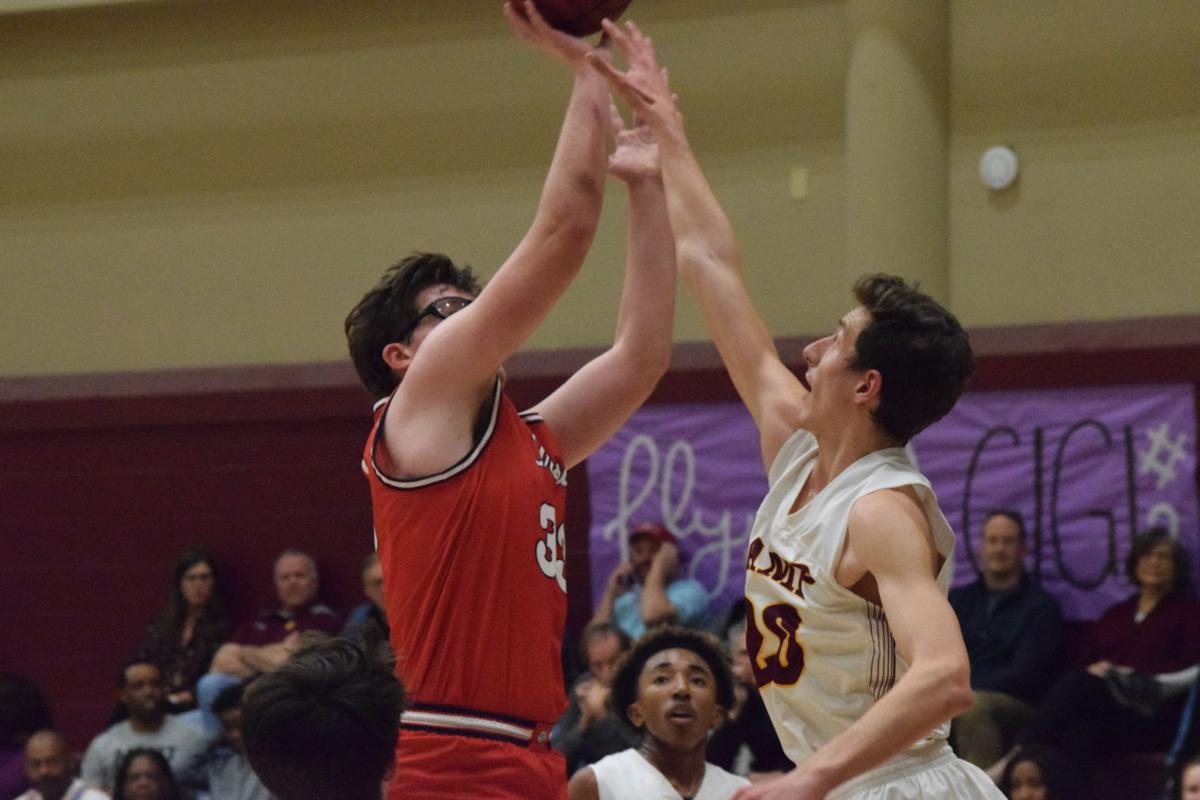 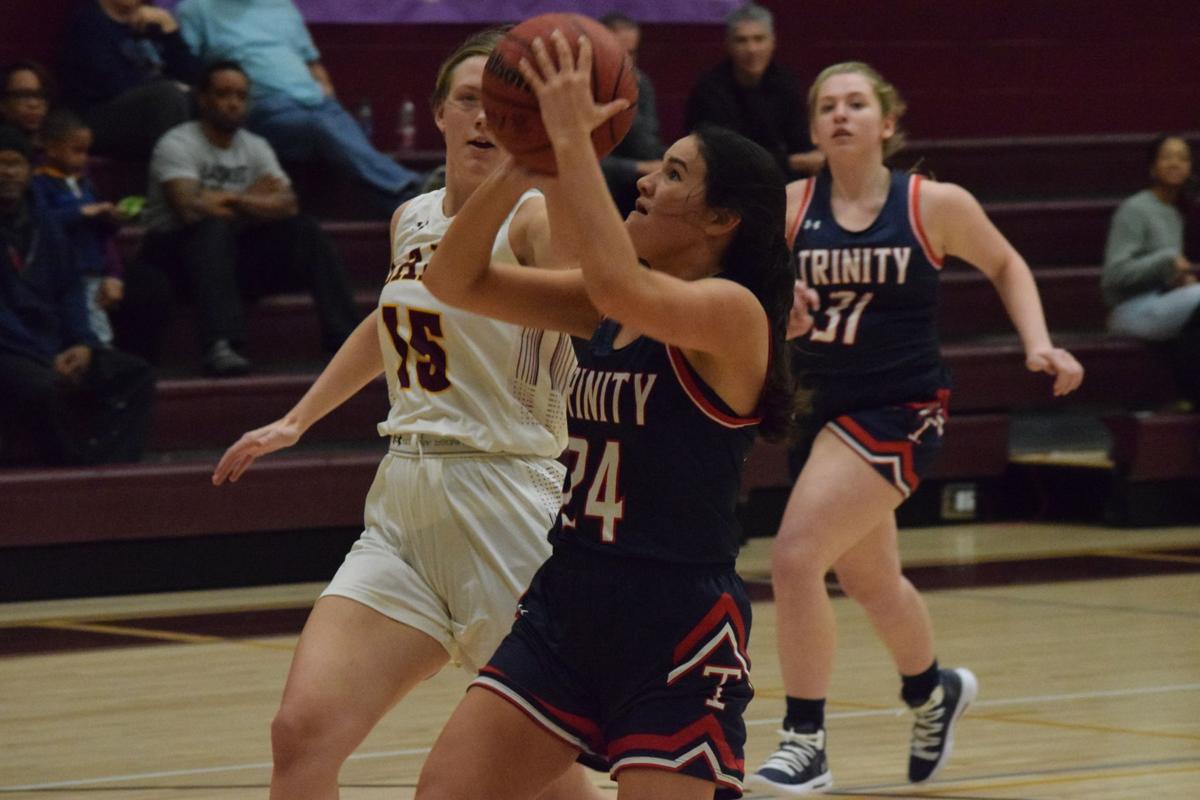 Trinity's Addison Cherry pulls up for a shot past LAMP's Ainsley Klein. 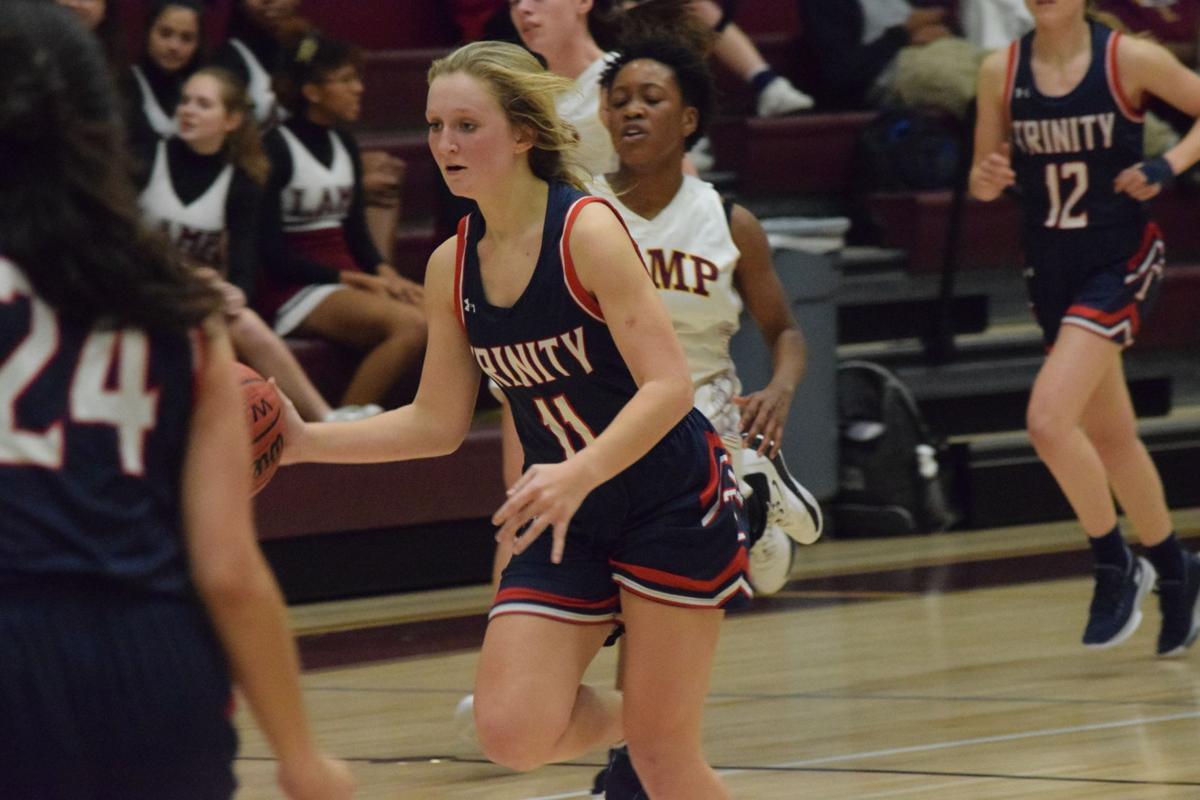 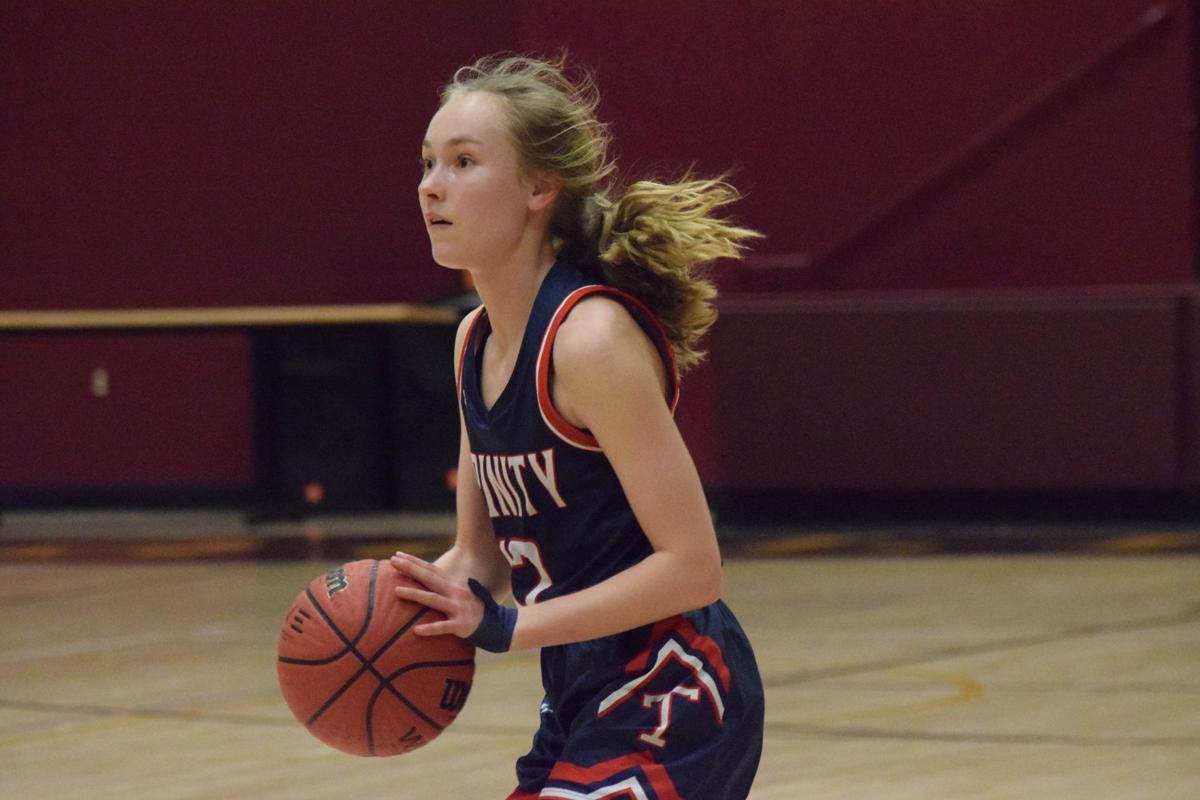 Trinity's Emma Kate Smith eyes basket in second half of game against LAMP. 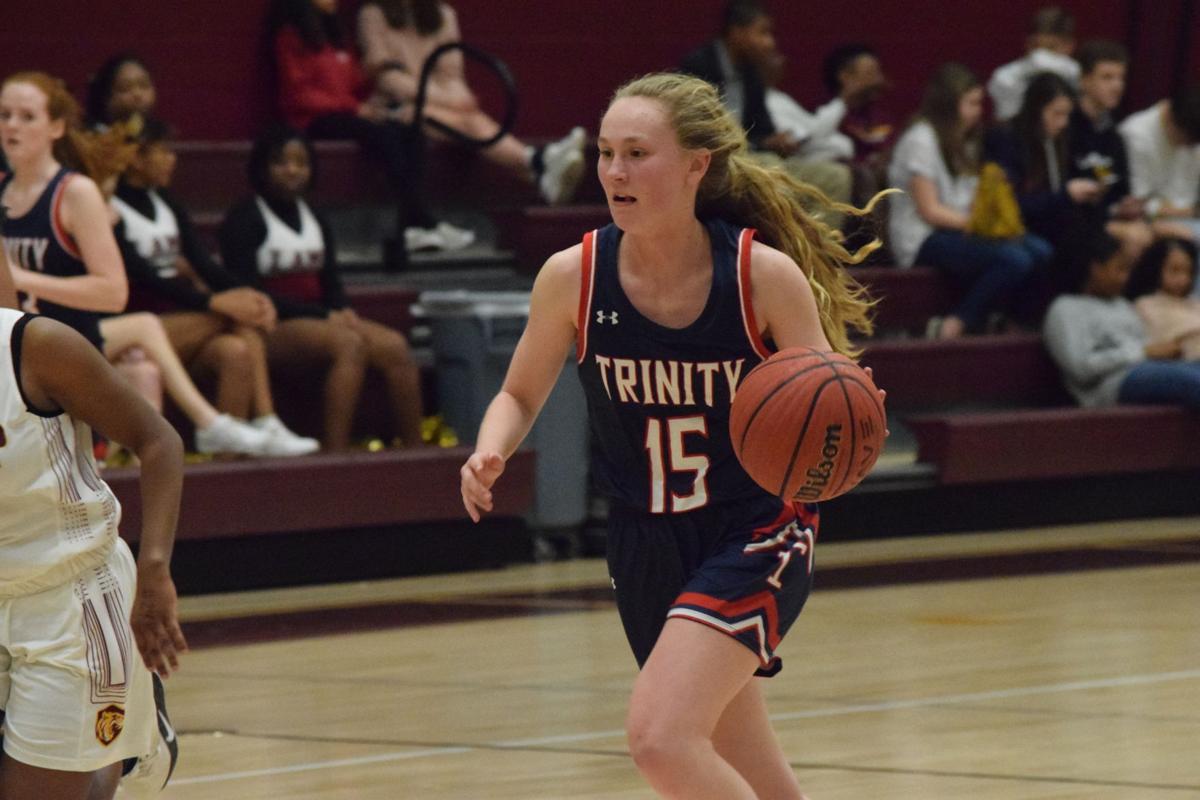 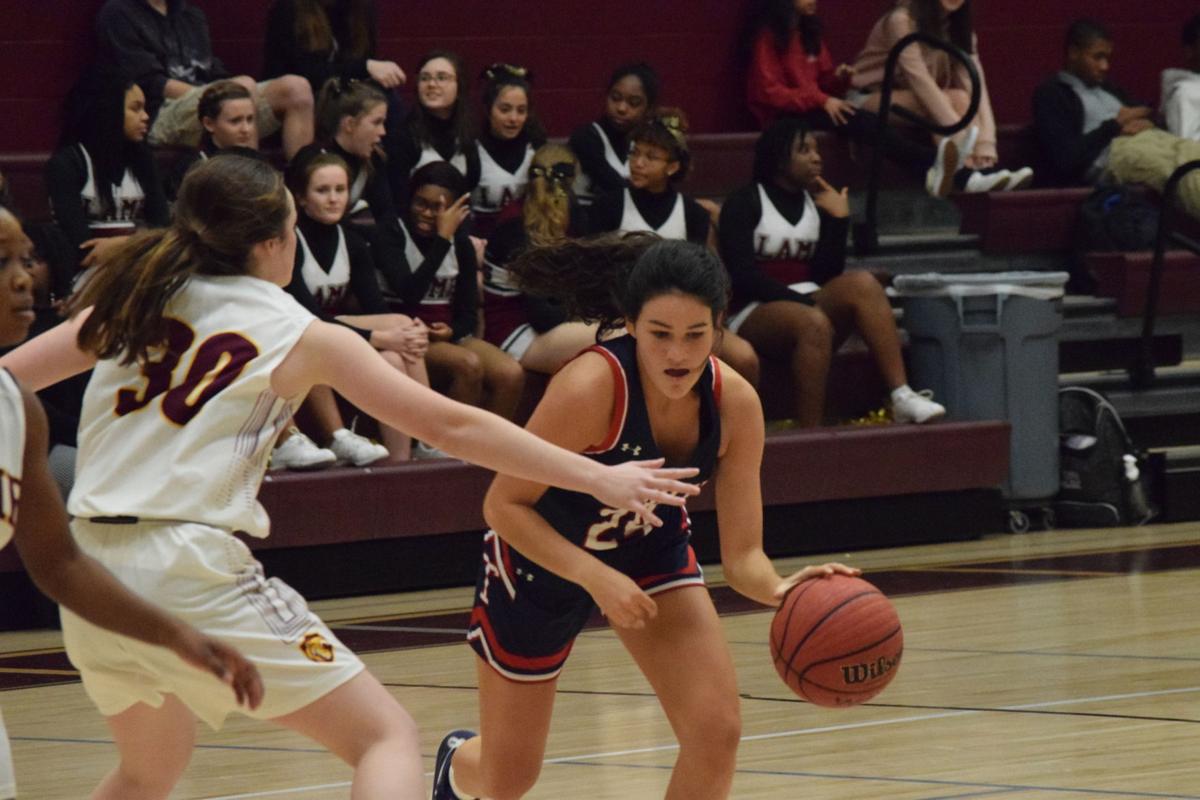 Trinity's Addison Cherry pulls up for a shot past LAMP's Ainsley Klein.

Trinity's Emma Kate Smith eyes basket in second half of game against LAMP.

Tuesday’s game between LAMP and Trinity offered an interesting dilemma for the opposing coaches in the 4A Area 4 game at LAMP.

Is it more important to win and gain some confidence heading into next week’s area tournament at Catholic, where the two teams will face each other again in an opening-round contest to determine a playoff berth? Or is it better to hold something back for next week’s win-or-go-home matchup?

“That’s the balance,” Trinity coach Matt Arrighi said. “Whether we’re showing a lot or showing a little, all it is about is playing hard and doing what we can control. We talked about it all week as a staff. How do we want to handle it? Defensively, we played fine. We’ve just struggled two games in a row scoring the ball.”

LAMP got off to a fast start with a pair of 3-pointers from Mitchell Sloane and three drives for layups by twin brother Quinn Sloane and the Golden Tigers rode the early success to a 48-35 win over Trinity in a preview of next week’s area tournament matchup.

A coin flip will determine whether LAMP (13-14, 3-3 in area play) or Trinity (11-11, 3-3) is the second seed, but regardless of which team gets to wear home jerseys, they’ll both play each other in an opening-round tournament game in the Catholic gym. Evening the season series with the team’s leader, Micah Boone, sitting out with a walking boot on his right foot was a confidence boost LAMP coach Marcus Townsend hopes will pay dividends next week.

“It just depends on what edge your team needs,” Townsend said, “and I think with the up-and-down season that we’ve had, a win really would boost our morale and confidence. I was pleased we were able to put some guys in that didn’t play as much (as starters) as well. We’re hoping (Boone) comes back strong and we’re going to rest him as long as possible (heading into a Thursday game with Prattville).”

Townsend had hoped to rest Quinn Sloane, who has had a nagging ankle injury for much of the season, but when he took Sloane out with two minutes left in the first quarter and the Golden Tigers holding a 10-point lead, the lead quickly dwindled and Sloane was forced to play the remainder of the game.

The Golden Tigers extended the lead back out to nine points at the half and took a 15-point into the fourth quarter, then worked on the clock for the remainder of the game.

“I think our intensity level was high tonight,” Townsend said, “and our zone defense really chased down shooters. We got to them before they were able to get set and that helped us a lot and we kind of contained the big guy (Andrew McNees).”

McNees had a big night in the first meeting between the two teams, but wasn’t as effective on Tuesday as the Wildcats struggled to find any offensive rhythm.

“We’ve just got to go back to work on our zone offense,” Arrighi said. “We’ve focused pretty heavily on our man offense the last few weeks and I feel like we got that going the right direction, but we’ll go to work and we’ll get it fixed. I’m not worried. I’ve got confidence in them. We’ll get it right.”

Quinn Sloane led LAMP with 15 points, followed by Mitchell Sloane with 11 and Felix McGhee with eight. Will Aaron and Parker Hughes each had eight points to lead Trinity.

The Trinity girls got off to a slow start but the outcome was never in doubt as the Wildcats scored 23 points in the second quarter to get out to a 26-point halftime lead and finish unbeaten in 4A Area 4 play with the win over LAMP.

Trinity (19-6, 6-0 in Area 4) has a game remaining at Montgomery Academy on Friday before returning home to host LAMP (2-21, 0-6) in the first round of the area tournament next week in the Trinity gym.

“We haven’t been starting fast and we didn’t start fast again tonight,” Trinity coach Blake Smith said. “LAMP plays hard and I appreciate what (coach Michael Thornton) is doing, but we have to bring energy to win. To get where we want to get, there’s got to be aggression and desire for the basketball and we have to play defense. When we don’t do that, we’re very average.”