You are the owner of this article.
Edit Article Add New Article
Home
News
Sports
A & E
Opinion
Obituaries
The Whirl
Legal Notices
School
1 of 8

Future stars, both boys and girls, can be playing in the The Hoops League 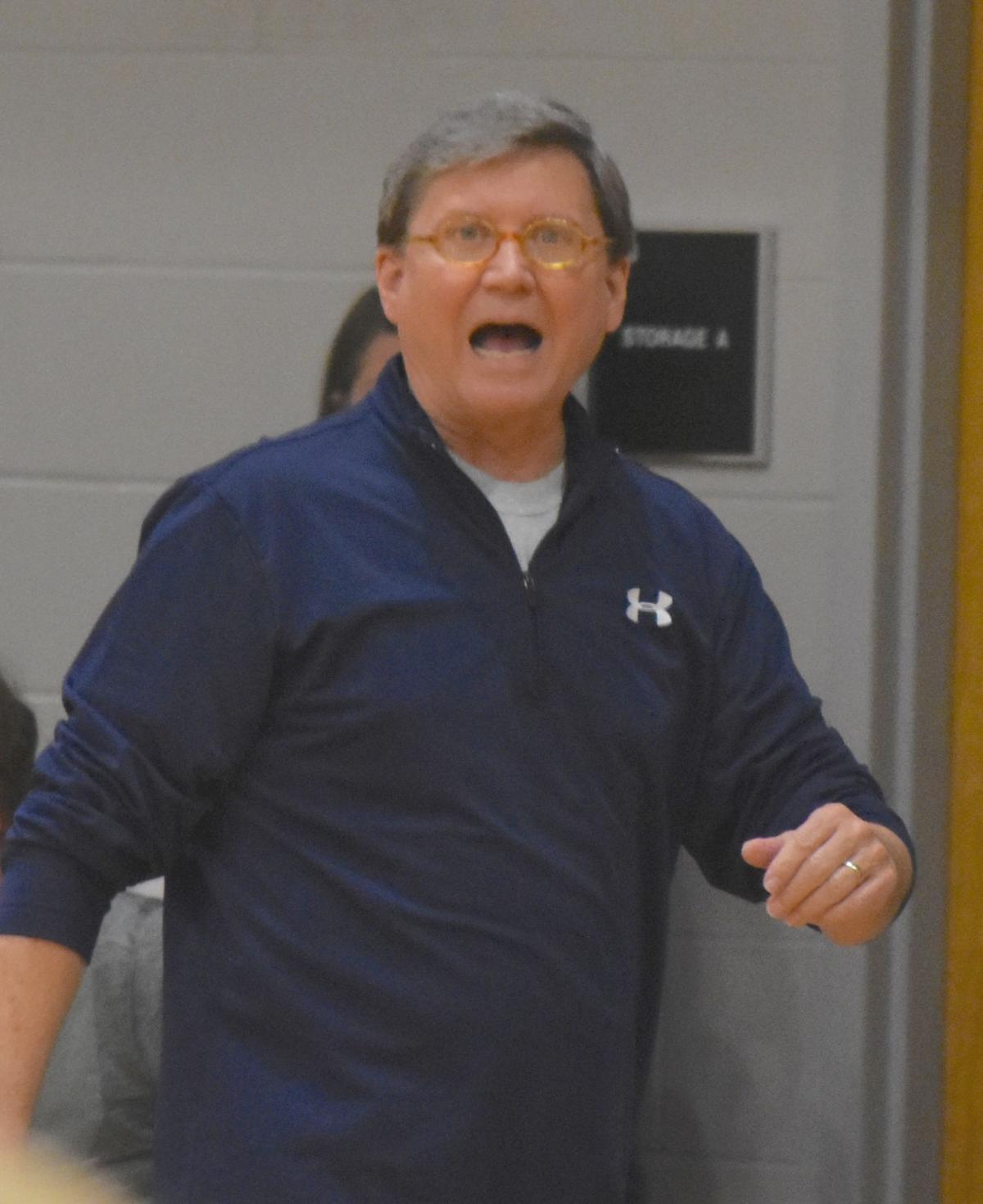 Community leaders have become involved in the Hoops League, some as coaches. Pictured: No, he is not delivering a stirring closing argument to a jury. Local attorney Joe Espy keeps his young Hoops team fired up. 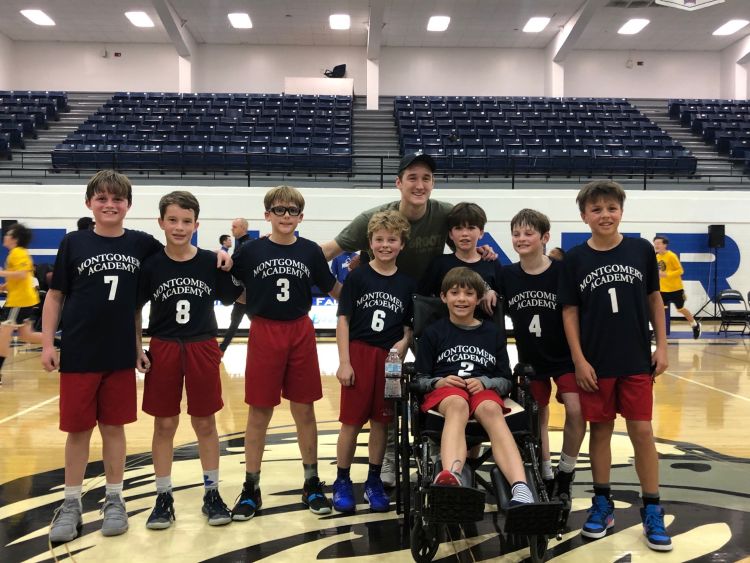 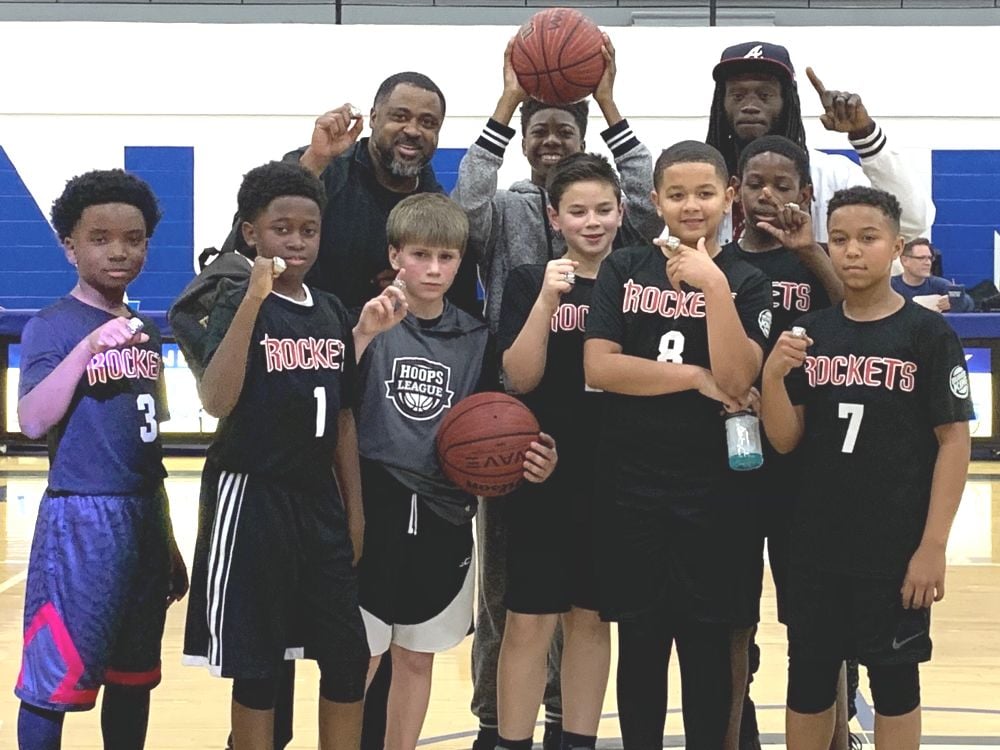 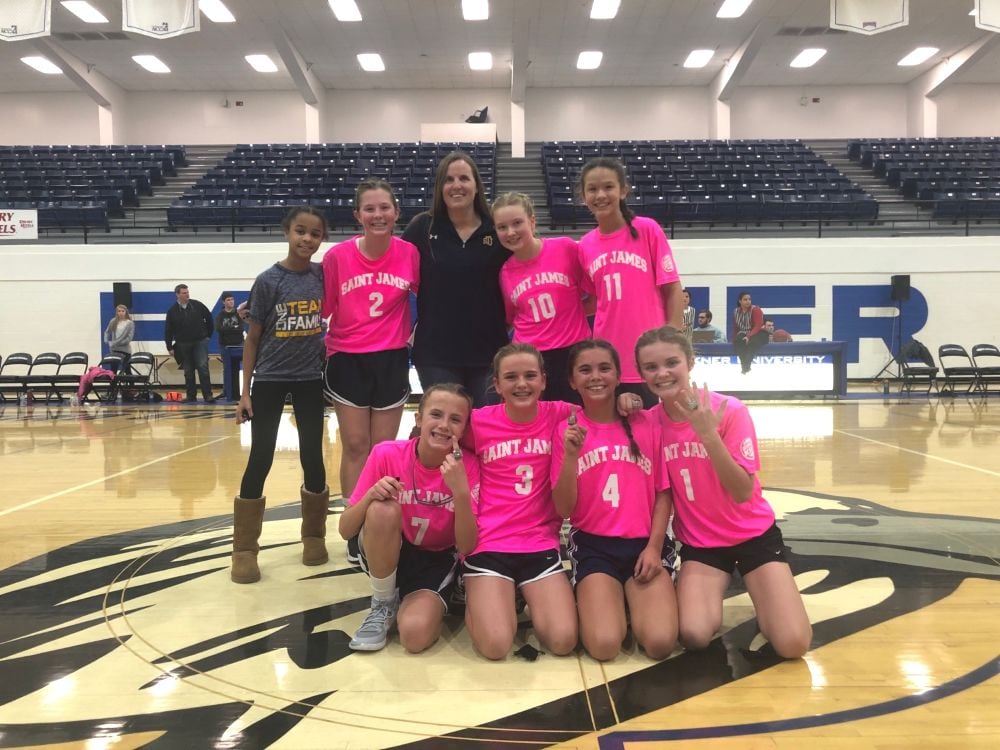 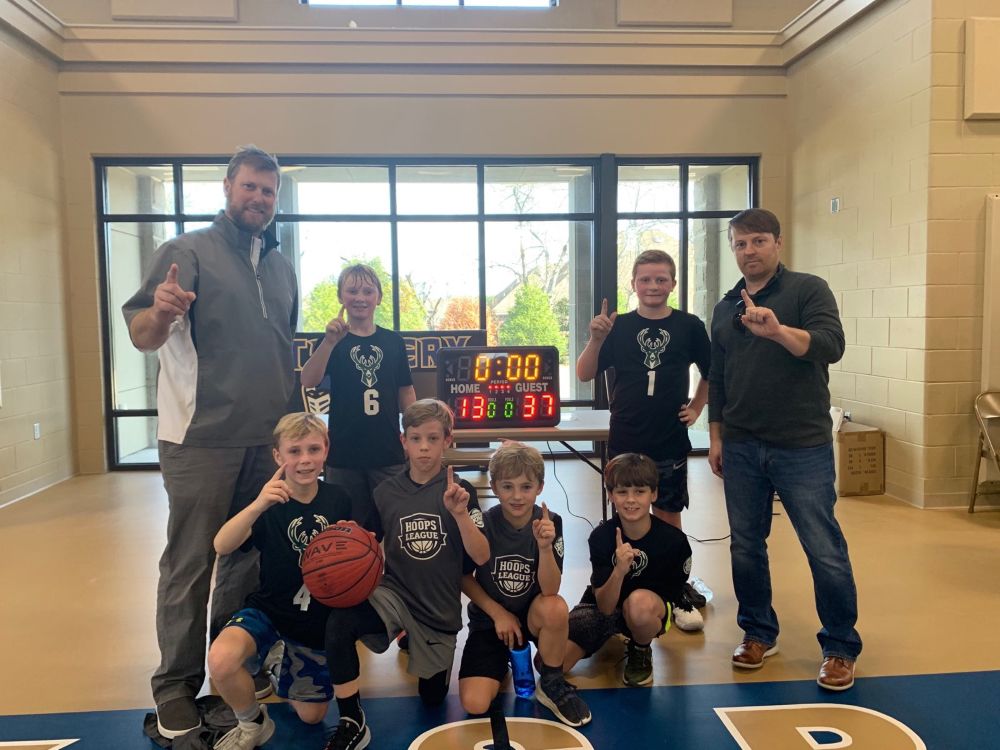 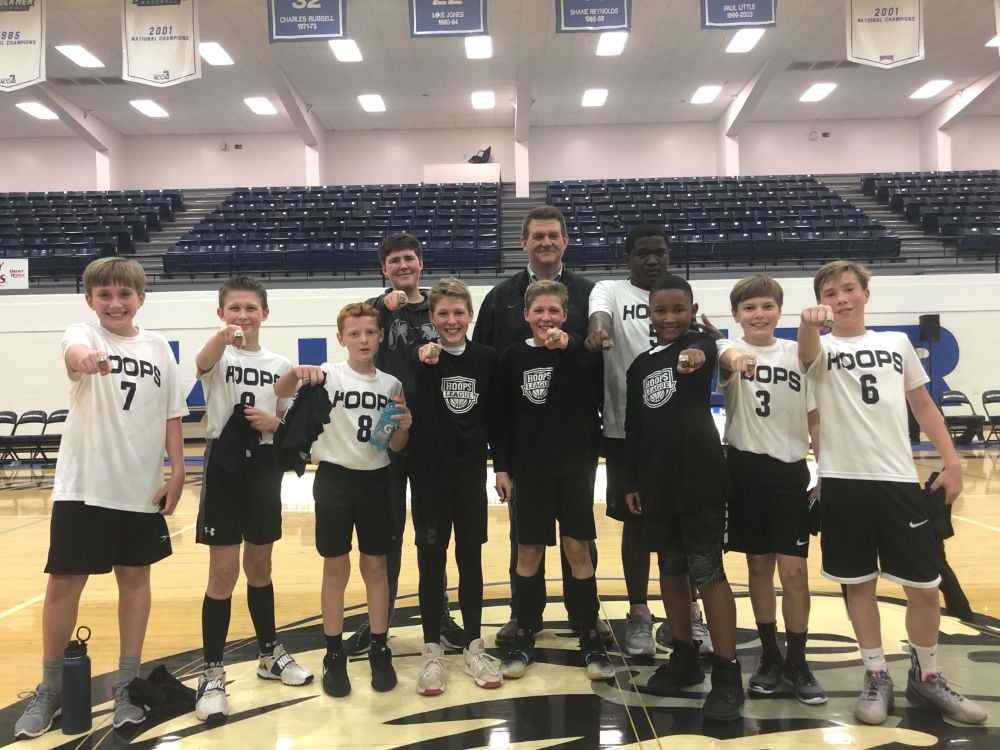 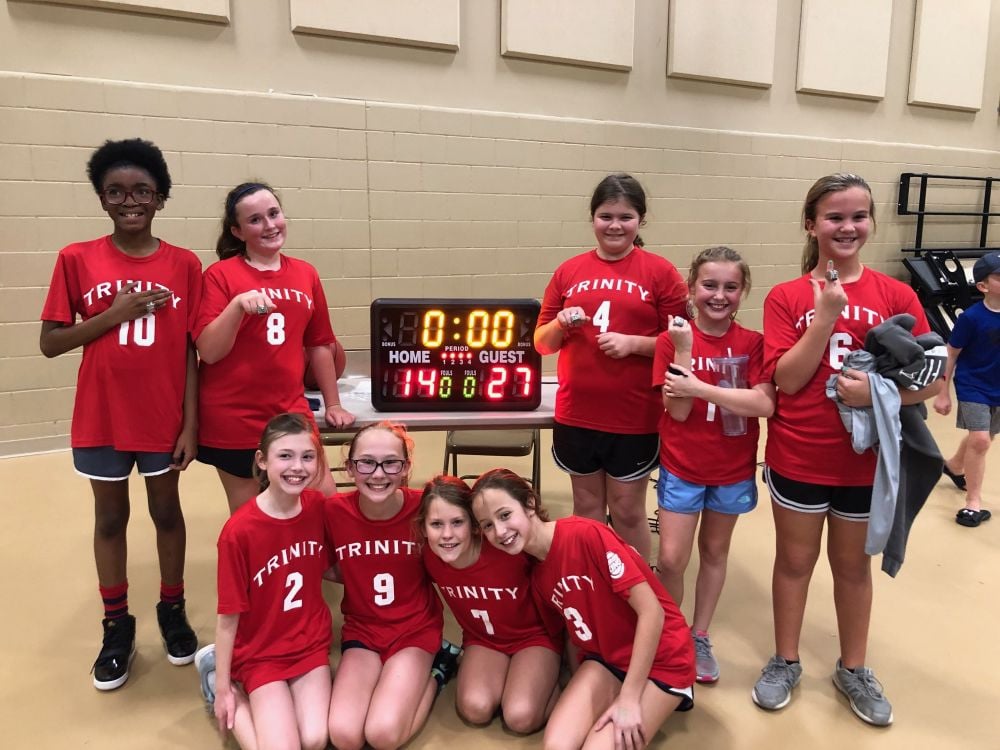 Future stars, both boys and girls, can be playing in the The Hoops League

Community leaders have become involved in the Hoops League, some as coaches. Pictured: No, he is not delivering a stirring closing argument to a jury. Local attorney Joe Espy keeps his young Hoops team fired up.

All things big usually start small. And so it is true of the Hoops League.

John David Barranco started the league almost five years ago to provide a basketball opportunity to boys and girls first through sixth grade. With help from others, especially Pike Road basketball coach Robb McGaughey, the league has grown tenfold since its inception.

For the most part teams are made up with kids from the same school but several teams do have kids from different schools, including 3 teams that won championships recently.

On Saturday morning one will see, for example, a girls team from Montgomery Academy’s playing their future high school rivals – girls from Trinity, or Saint James, etc. Currently the Hoops League has about 700 kids participating. There are 97 total teams from 21 different schools.

Initially games were played at the three Catholic schools (Catholic Prep School, St. Bede and Holy Spirit). Later Alabama Christian Academy offered its gym for use and then Pike Road and Trinity offered their facilities. More doors opened up when McGaughey moved from Catholic to Pike Road High as its boys basketball coach.

“They see the benefit because a lot of the kids from their schools are playing in the league,” Barranco said of the schools that provide facilities. “We could do it with fewer gyms but my goal is to have games starting every (game day) morning at 8 a.m. and to be done by 12 p.m., 12:30 at the latest. I do this so we don’t have people hanging around to play basketball all day on Saturdays.”

The league has had a title sponsor each year and currently Patrick Sudhu, one of the largest Burger King Franchise owners, is the title sponsor.

A major change happened this year in the Hoops League. Faulkner University stepped to the plate and made its facilities available on Saturday mornings. The impact of Faulkner’s involvement has been tremendous. Prattville Christian Academy basketball coach, Jason Roberson, coaches one of the teams in the Hoops League. Roberson said, “Faulkner’s contribution has meant so much. It has enabled us to grow and added another great place for the kids to play.”

Faulkner is no stranger to investing in the local area, especially youth. The university has experienced success over the past four years with providing assistance to Davis Elementary School. “We have worked alongside Davis Elementary and our students have been able to provide mentoring and other assistance, such as soccer clinics,” Williams said. “We are always looking for teaching opportunities for our students here at Faulkner.”

To top it all off, Faulkner took the extra step for the Hoops League by making a special championship night for the little Hoopsters. The university brought in its actual game announcer and game day management team, and provided all of the game day bells and whistles. In other words, they made the championship night for the kids in the Hoops League extra special. “We wanted to make it just like the big guys were playing,” Williams said.

High school players have helped coach the teams and serve as referees. The Hoops League has drawn participation from other community leaders. Well known Montgomery attorney Joe Espy coaches the fifth and sixth grade girls team from Montgomery Academy. Espy will be the first to tell you that coaching young girls to play basketball is just as challenging as winning a difficult court case. But Espy summed up the Hoops League with the correct perspective when he said, “We don’t score much but we sure have fun.”

And good things happen when kids have fun in a good environment.

For more information on the league, visit its Web site at www.hoopsleague.us.