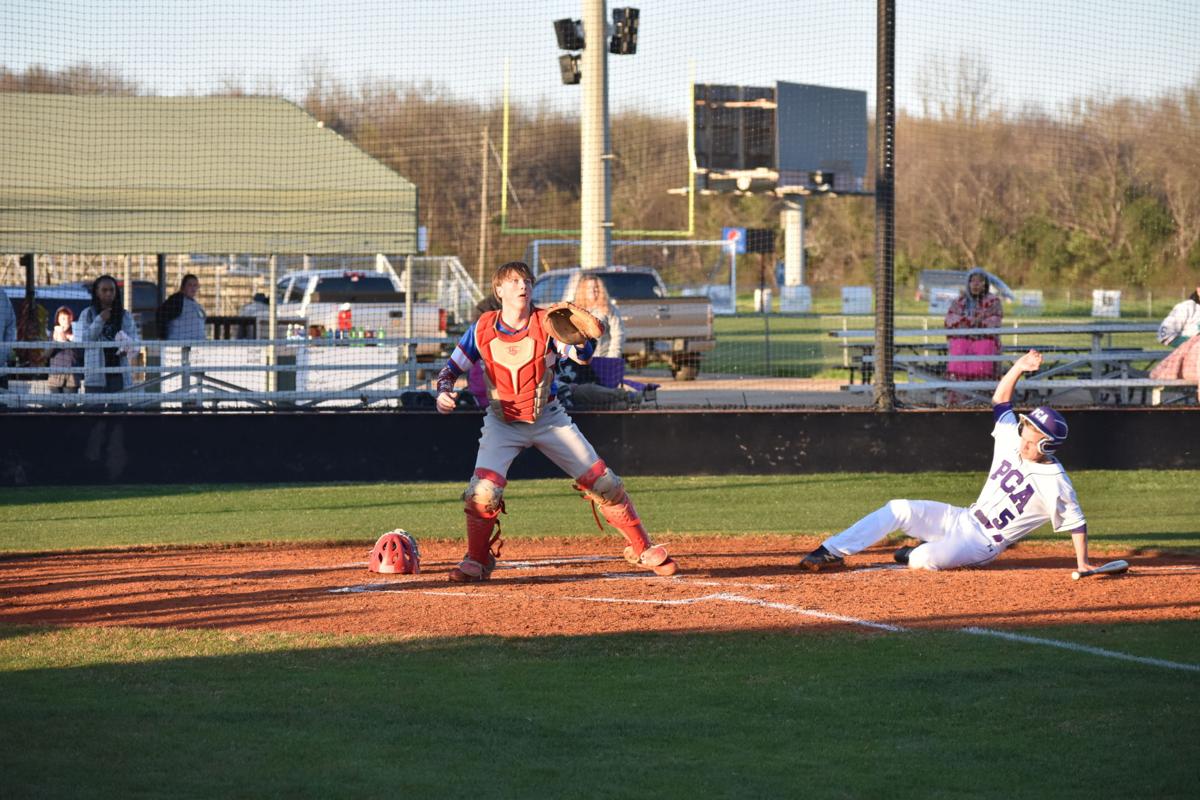 PCA's Alexander Echols scores against Verbena early in the game 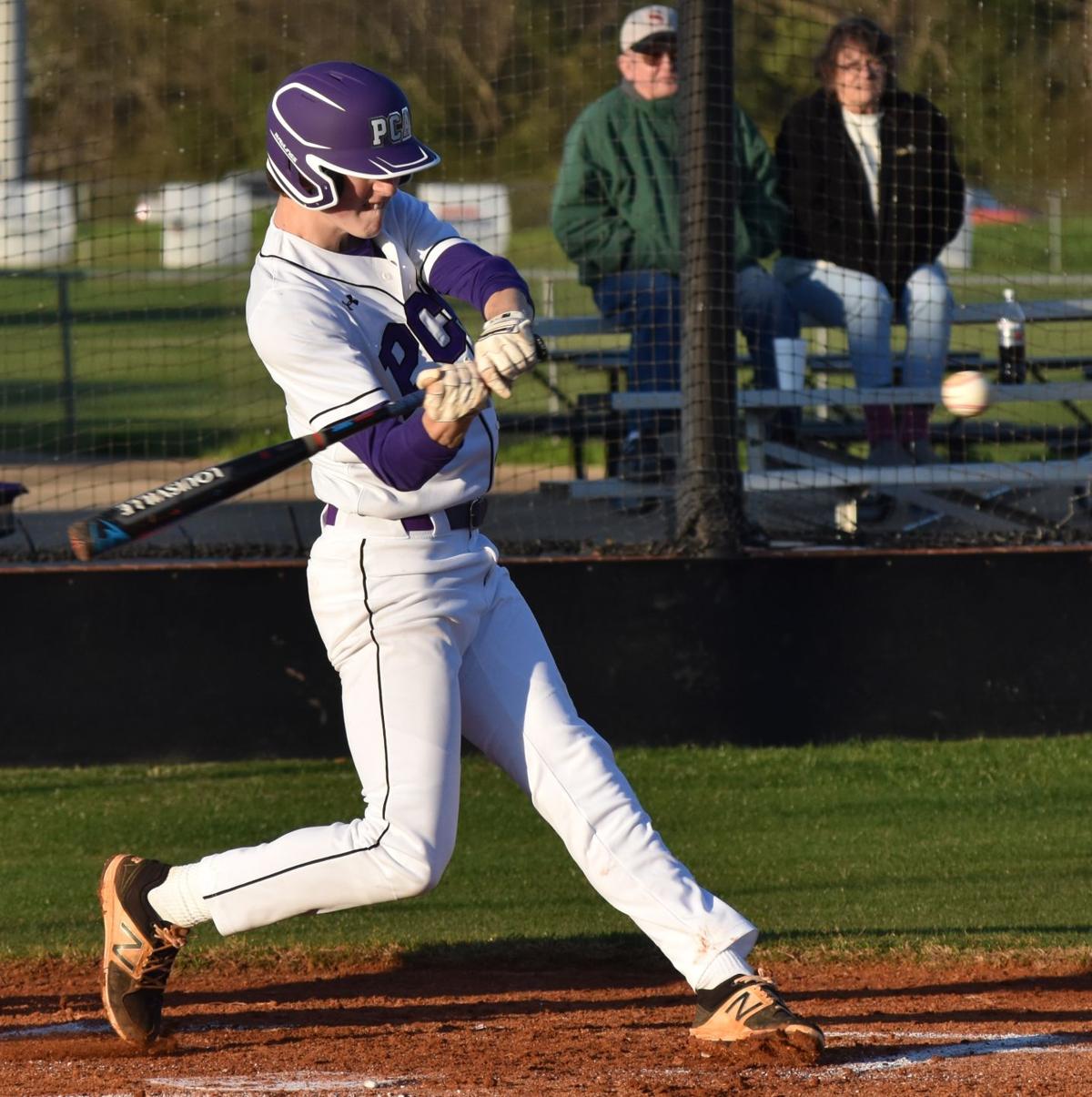 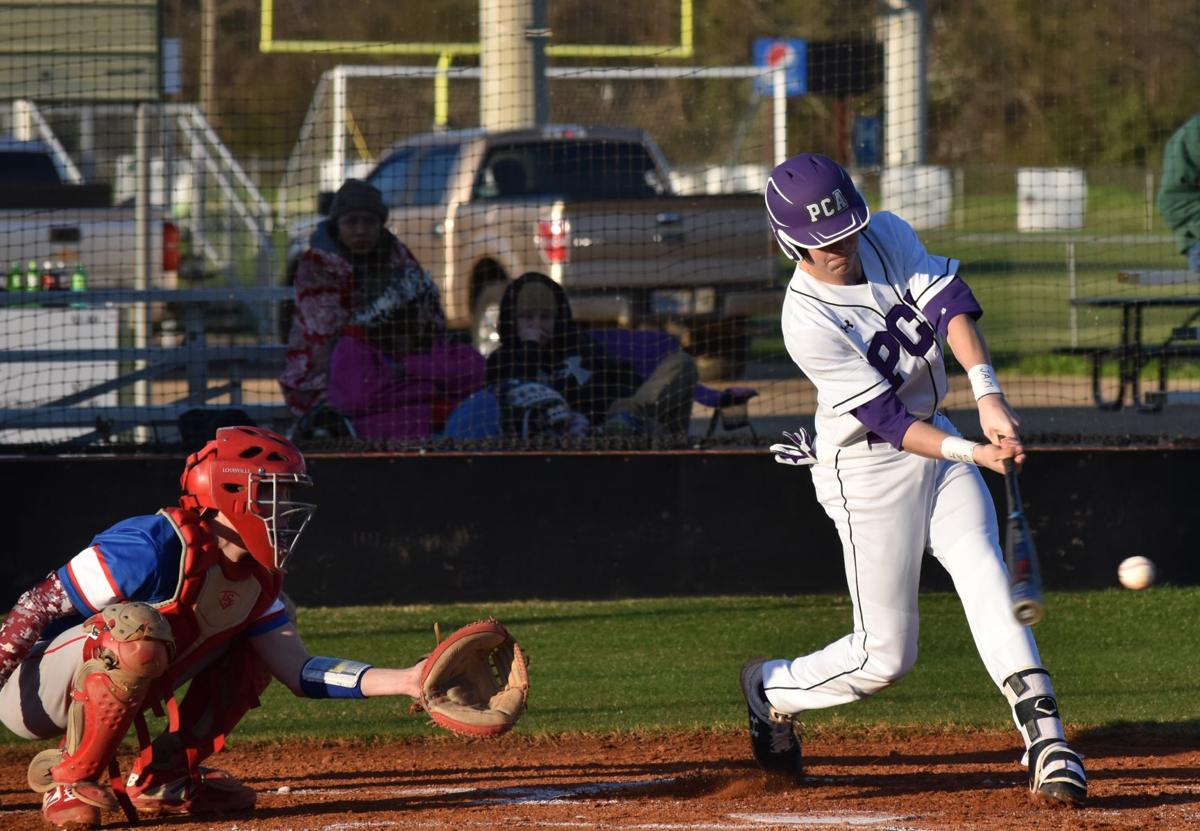 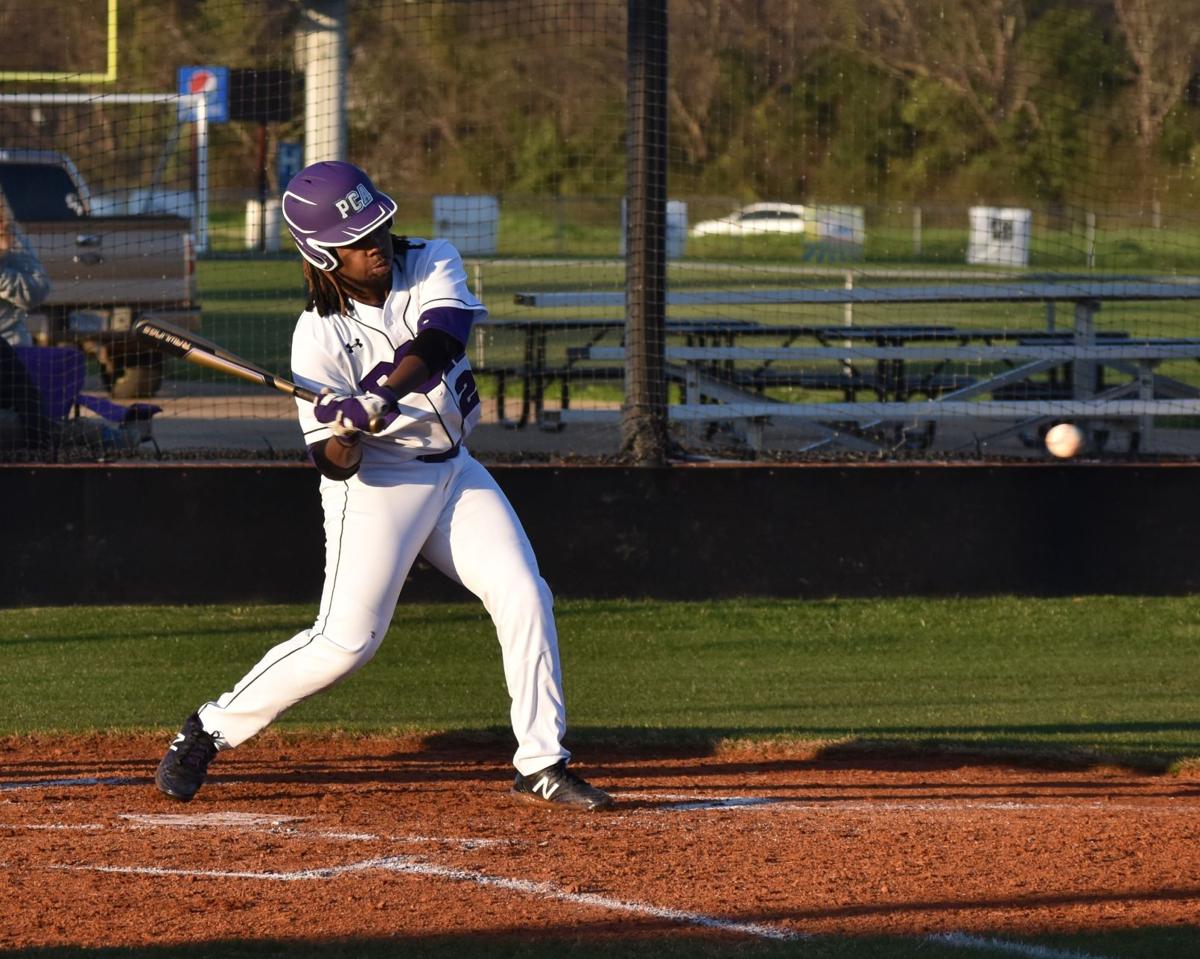 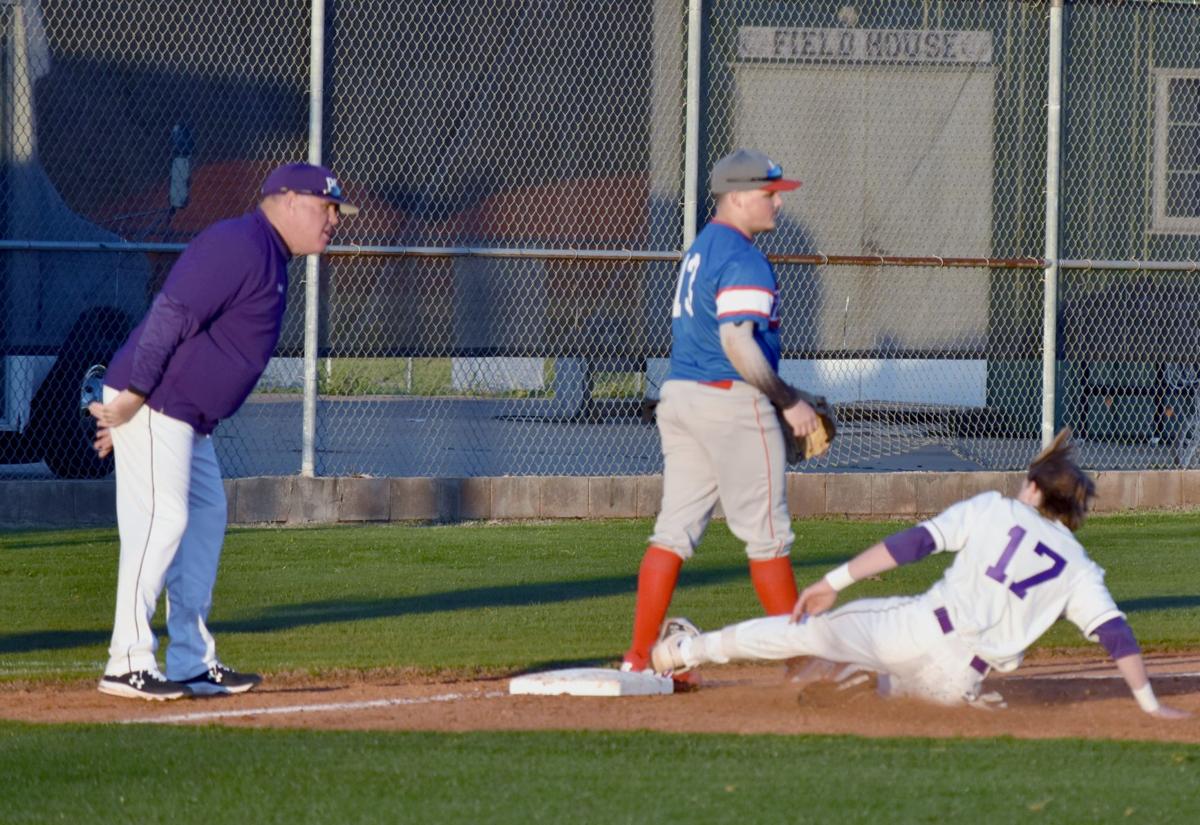 PCA's Jackson Reed slides into third ahead of the throw 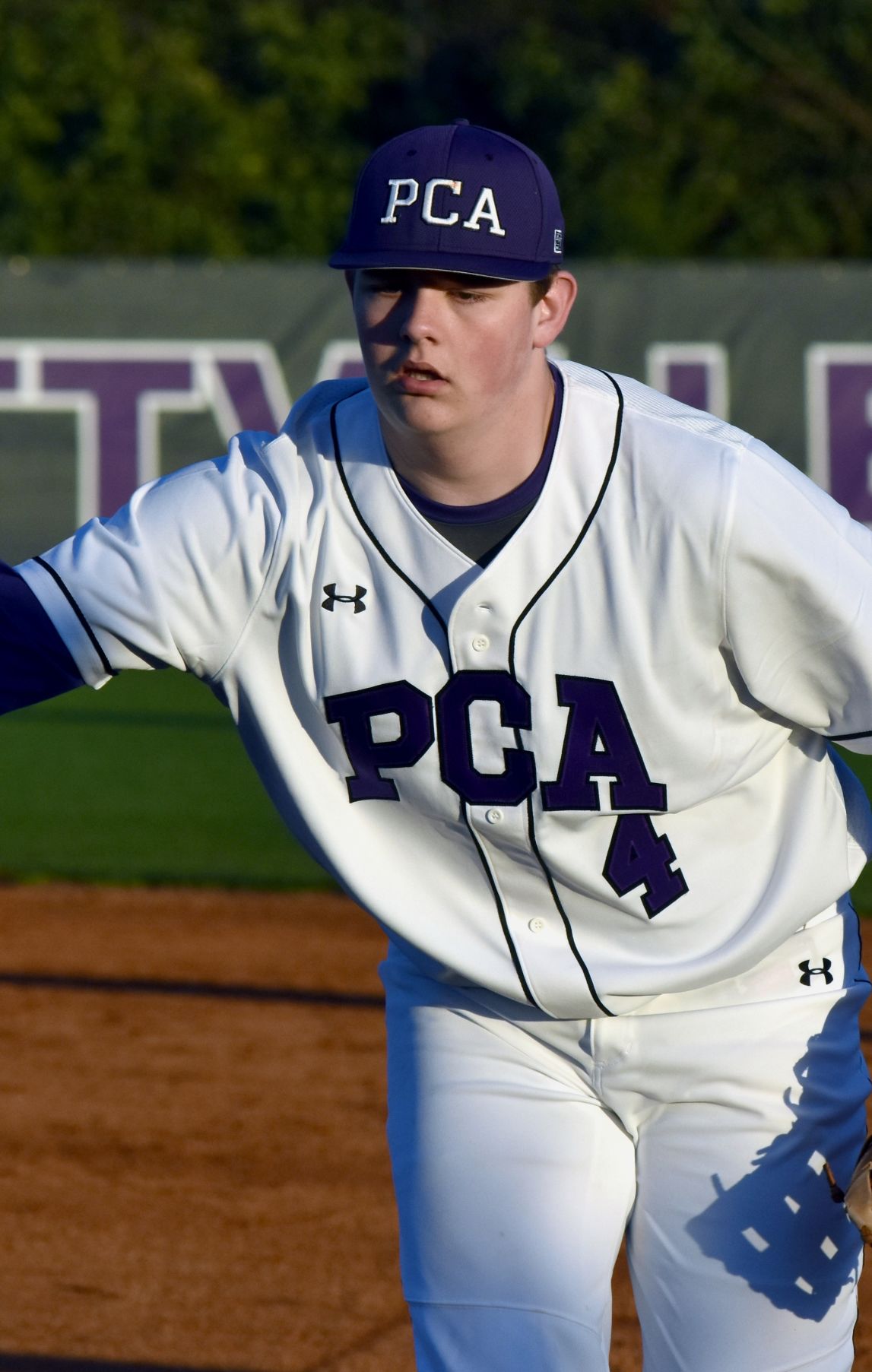 PCA first baseman Taylor Lowe catches a ground ball and tags first base for an easy out. Lowe smashed a home run for the Panthers in the third inning.

PCA's Alexander Echols scores against Verbena early in the game

PCA's Jackson Reed slides into third ahead of the throw

PCA first baseman Taylor Lowe catches a ground ball and tags first base for an easy out. Lowe smashed a home run for the Panthers in the third inning.

Off to a good start at a new place.

That’s what Tommy Goodson wanted. The head baseball coach at Prattville Christian Academy (PCA) began his Panther baseball tenure with a game shortened walloping of Verbena, 17-0 on a very cold Friday afternoon. PCA was rained out for its first trio of games, all on the road, and was able to open the season at home.

Goodson could have asked for better weather but could not have asked any more of his team.

After spending time as head coach at Jeff Davis and Prattville, and several years as an assistant at Saint James, Goodson landed near his home when the PCA job became available. “It was a great opportunity for me after being around for so long. I got back to this area I call home and I get to build a program. I’m really excited about this year,” Goodson said. “And it doesn’t hurt to start the season with a win, and at home!”

The Panthers didn’t disappoint their new coach in five innings of play. Starting pitcher James Chancey gave up nothing. Chancey got the win while striking out eight and forbidding a base runner in four innings of work. Patrick Litz came in for a final inning and didn’t allow a hit, walking one batter.

PCA pounded a trio of Verbena pitchers. Chancey swung a hot bat with three hits and drove home five runs. Taylor Lowe hit a long bomb over the right field fence to go along with another hit. Jackson Reed, Samuel Duffield, Brooks Bius, Don Russell and Tanner Byrd hit safely for the Panthers. When the damage was done PCA collected 17 hits, many of which came in a big 10 run third inning.

“Our pitching was very good. Our guys threw a lot of strikes and their control was good. When we are the plate we put together hits and drew walks to keep rallies alive. They played well and I’m proud of the guys because we haven’t had the opportunity to prepare. We were rained out of our games and the weather hasn’t helped with practice,” Goodson said after the victory. “I’m really pleased with the effort and the guys are enthusiastic. Looking forward to the rest of the season.”

PCA will play a variety of opponents and participate in the Annual Jason Armstrong Tournament. The Panthers will not see area opponents for about a month. PCA is in Class 3A, Area 5 with Saint James, Montgomery Academy, Pike Road and Southside Selma.