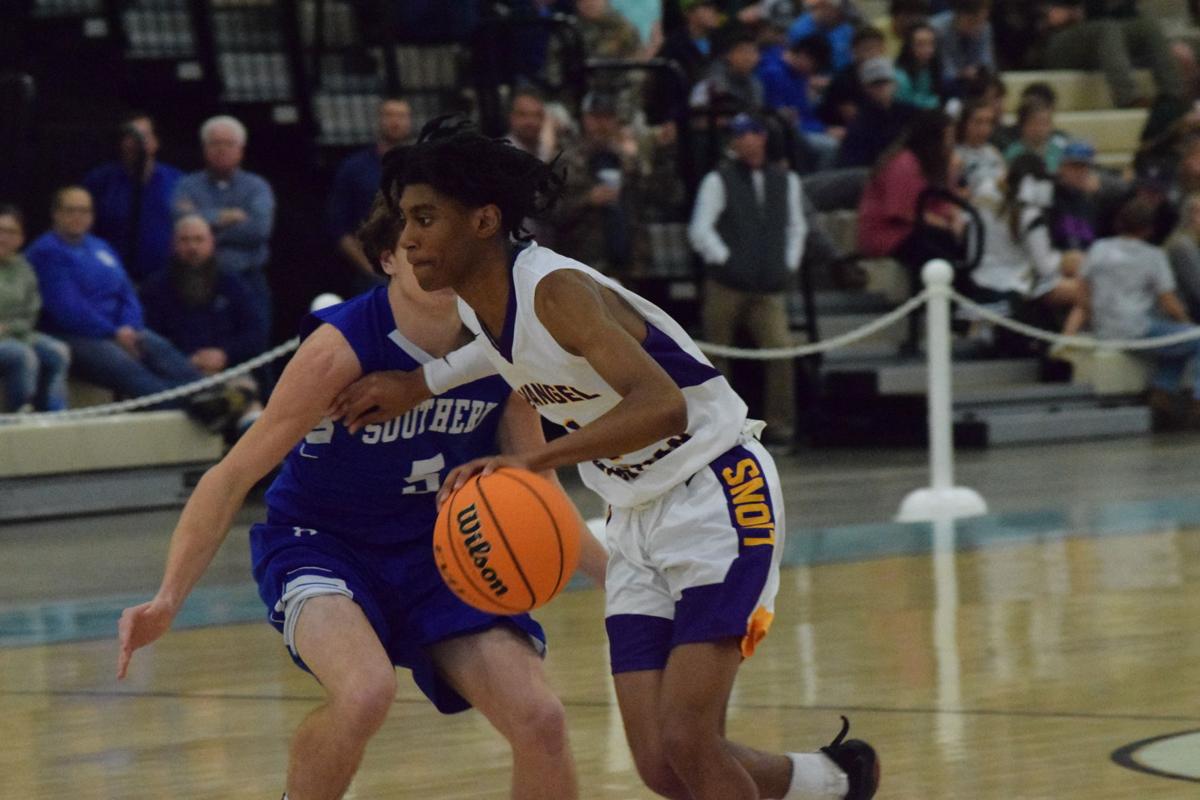 Evangel Christian Academy's Tyree Curry had a team-high 20 points in the semifinal win on Thursday. 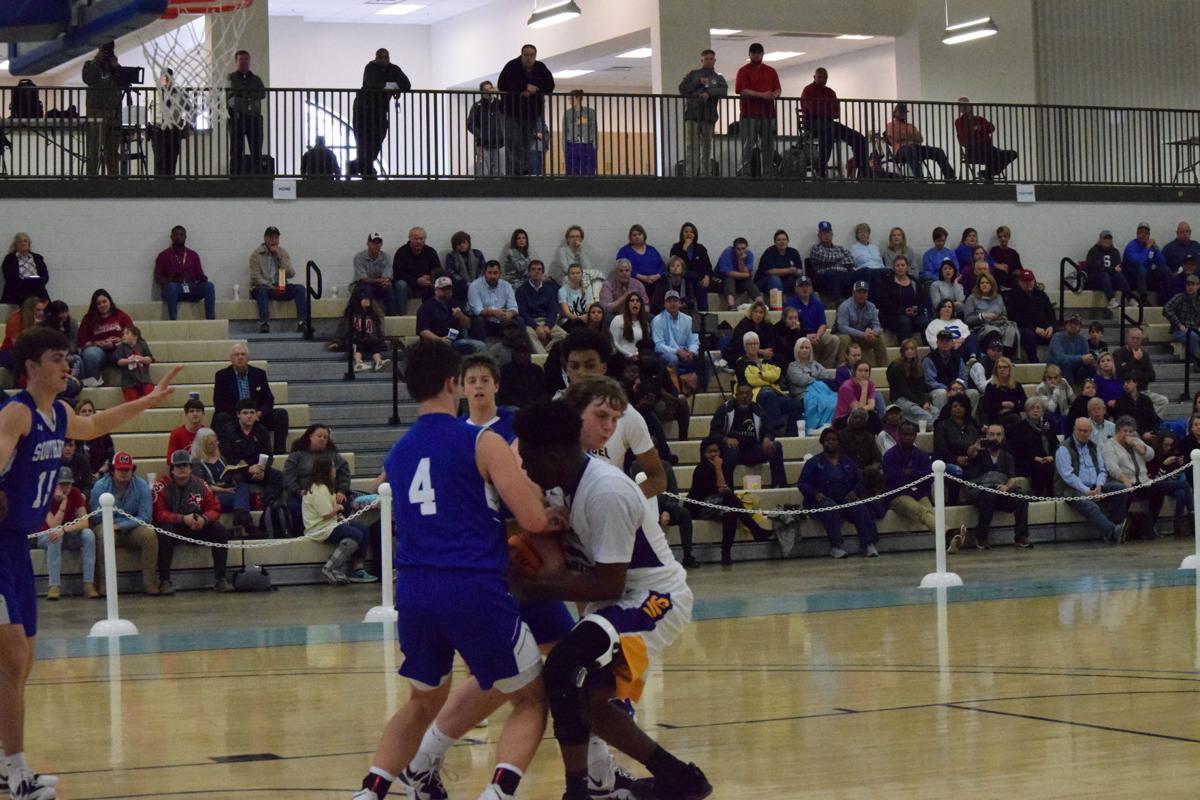 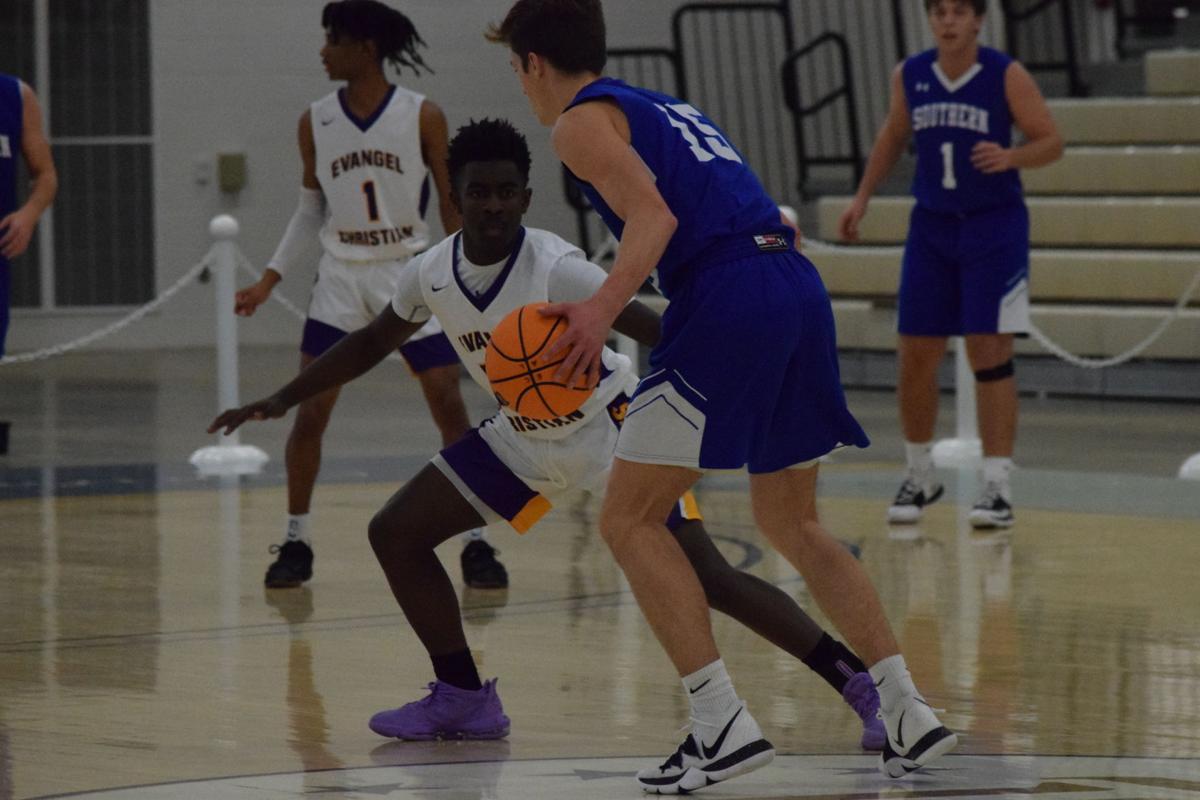 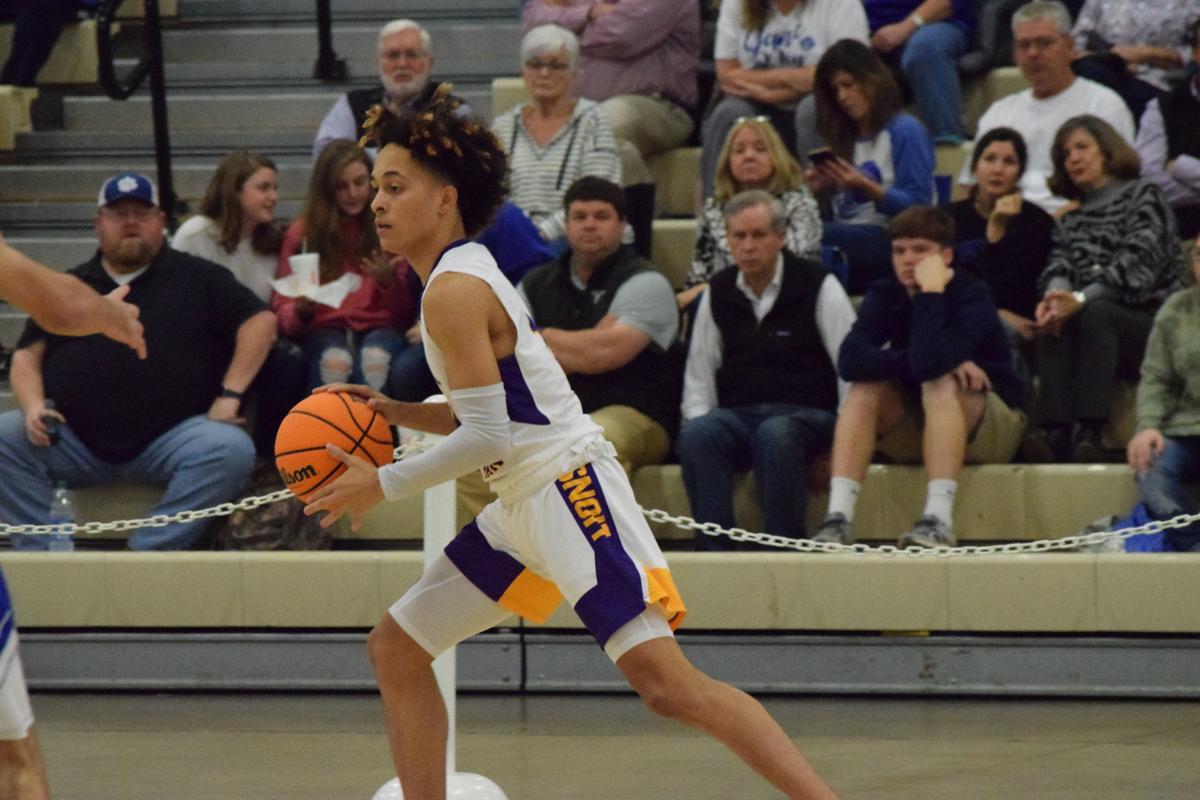 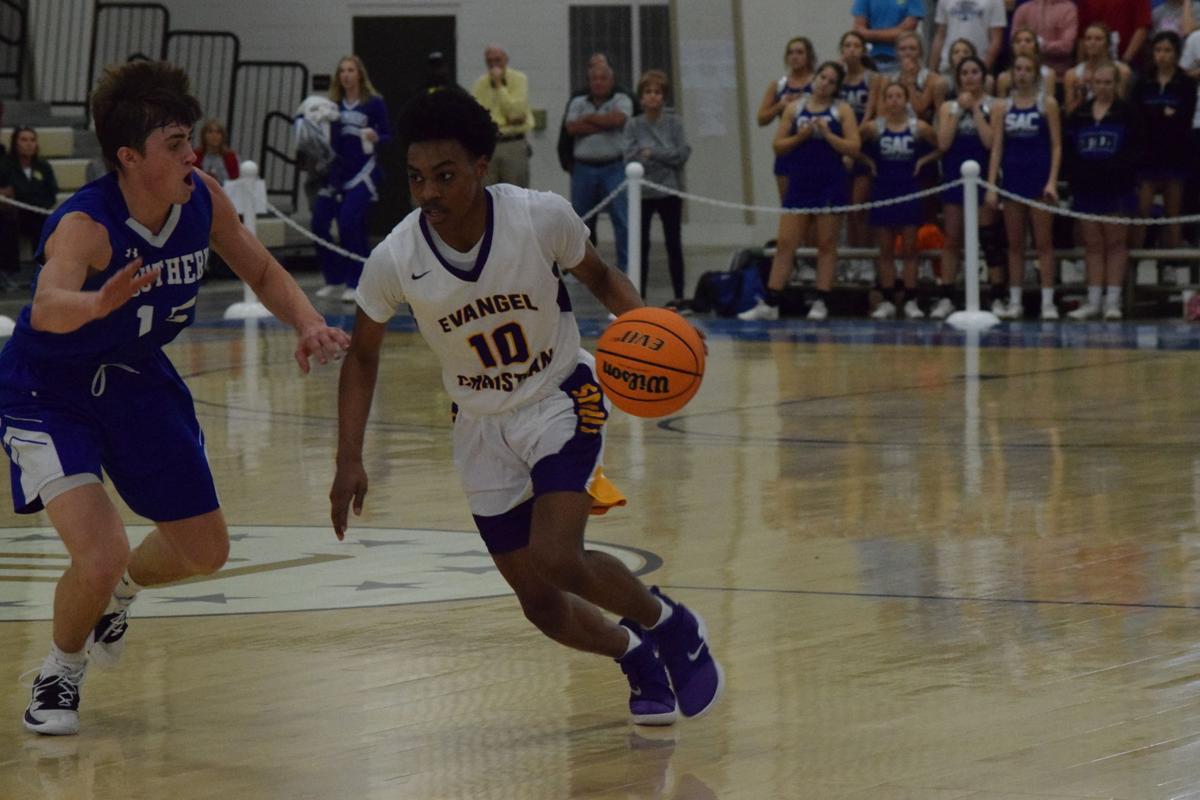 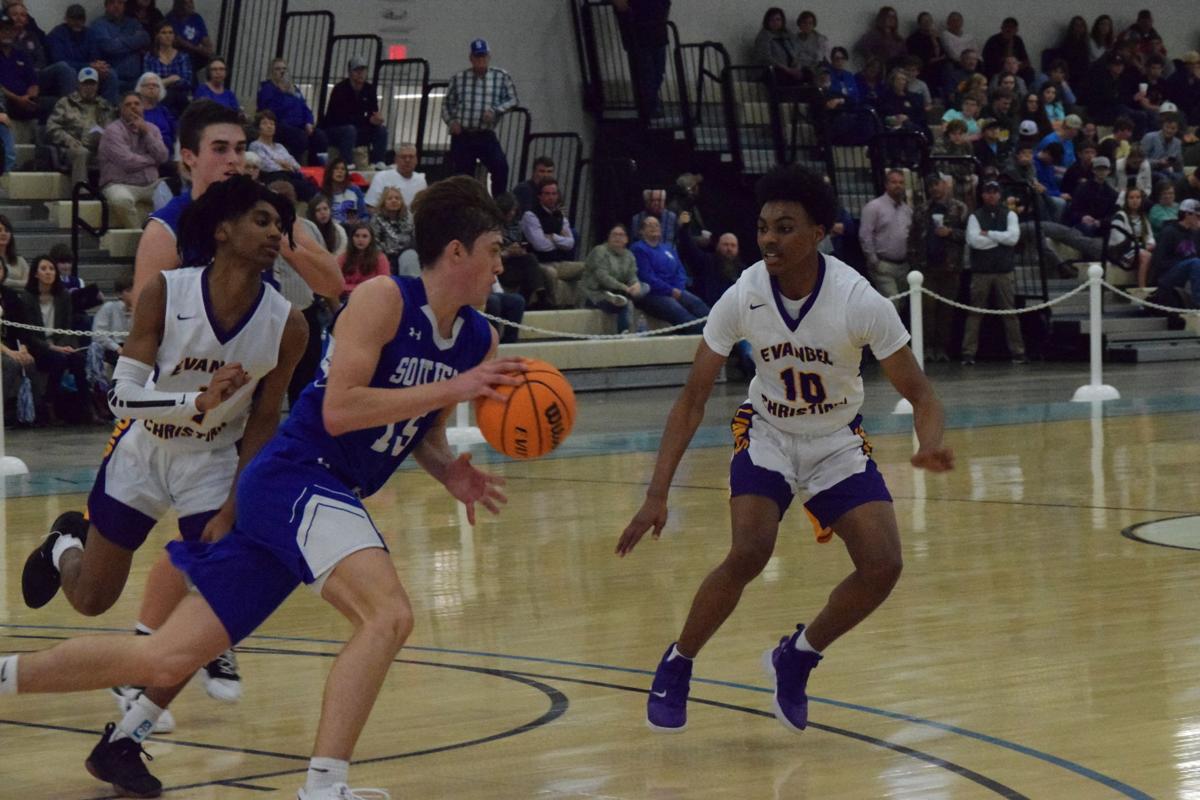 Evangel Christian Academy's Tyree Curry had a team-high 20 points in the semifinal win on Thursday.

Southern Academy’s game plan was to restrict the penetration of David Werking and Marcus Townsend on the wing and pack in a defense to keep the ball away from forwards Jakolvian Johnson and Jordan Grice.

Unfortunately for the Cougars, they had no answer for Tyree Curry.

The Evangel Christian point guard had a response for every Southern challenge, pouring in 20 points to lift the Lions to a 67-55 victory in the Alabama Independent School Association boys’ basketball state tournament on Thursday morning at the Multiplex at Cramton Bowl.

“It’s a good feeling,” Curry said. “We knew it wasn’t going to be easy. We had to play our game.”

Southern ends the season at 21-4, with two of their losses coming to Evangel.

“We talked about how winning a championship is about defense,” Evangel coach Kerwin Washington said. “We can score when we want to, so offense isn’t the issue. It’s about us stopping them.”

And in the early moments, two of the best basketball programs in AISA traded punches back and forth, with Curry’s twisting drive through the lane just ahead of the buzzer providing the difference in a 17-15 first quarter. The Lions would build on the lead over the second quarter, frustrating the Cougars into committing several crucial turnovers that allowed the Lions to build a lead.

“We made an adjustment,” Washington said. “We knew (Southern guard) Kurt Tucker was one of the best players in the state, not just AISA. We wanted to come out in a little trap, something out of our 1-2-2, something he hadn’t seen. We just worked on it yesterday. That paid big dividends for us because we got a lot of turnovers.”

Tucker would still torch the Lions for 23 points, hitting a pair of 3s from well beyond the arc, but his accuracy diminished as the game progressed and he managed just four points in the fourth quarter.

“We really worked on our defense a lot in preparing for this game,” Curry said. “We switched it up a little bit. Our main focus was getting the ball out of 15 (Tucker’s) hands. That’s mainly what we focused on.”

There was a stretch where it was only Tucker. He scored 12 consecutive points for the Cougars, starting a basket that tied the game at 15-15 late in the first quarter, followed by another basket, a pair of deep 3-pointers and a pair of free throws to open the third quarter.

Evangel had built a lead by then, overcoming the packed-in defense of the Cougars with a pair of 3-pointers from Werking and a trio of deep bombs from Curry.

“When we drive, they knew that we dish to our ‘bigs’ so they focused on our penetrating and passing and tried to make us kick it out,” Curry said. “That was the most effort I’ve seen from a defense all year. We handled it by executing the plays our coach drew up.”

Curry’s 11 points in the third quarter helped the Lions build a 15-point lead and while the Cougars trimmed it to nine points on three separate occasions, they could get no closer as Townsend scored six consecutive points in the fourth quarter to keep the Cougars at a safe distance.

“He was aggressive for us,” Washington said of Townsend. “He finished.”

Brian Osburn had 17 points for Southern.