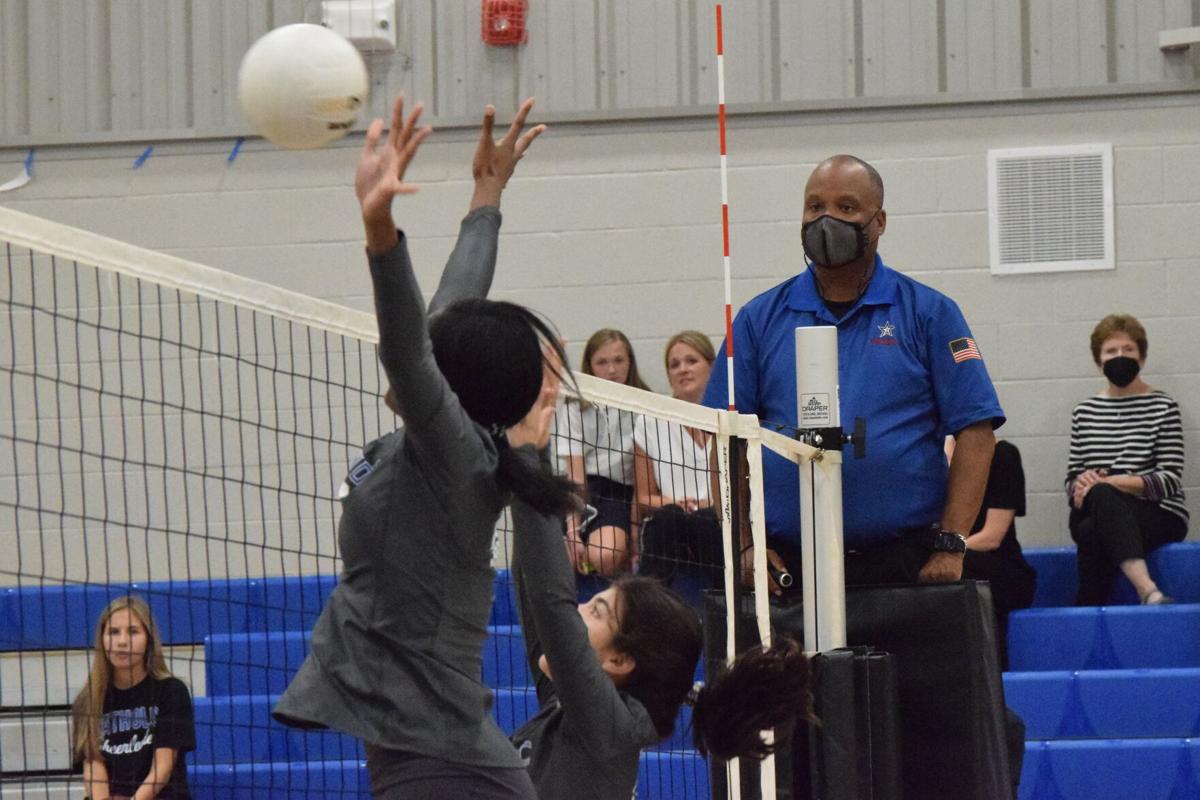 Catholic's Julienne Pharrams tries to block shot by the Wildcats. 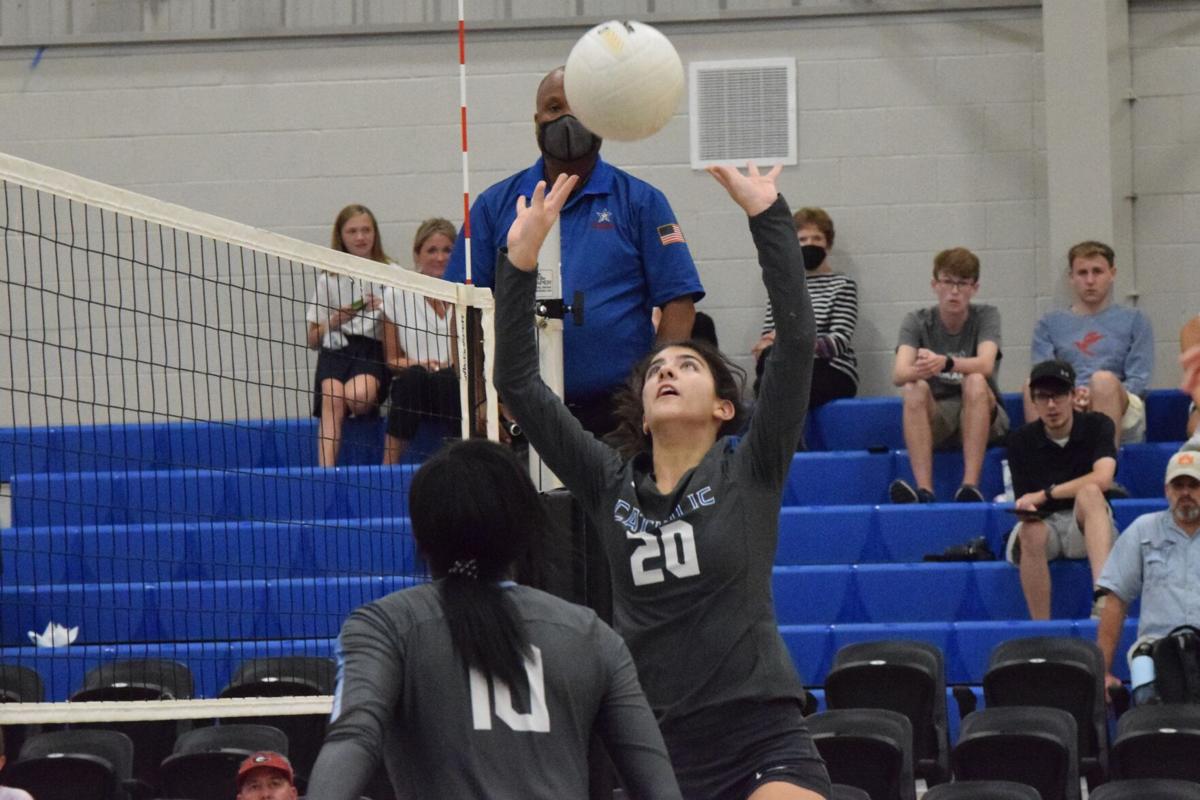 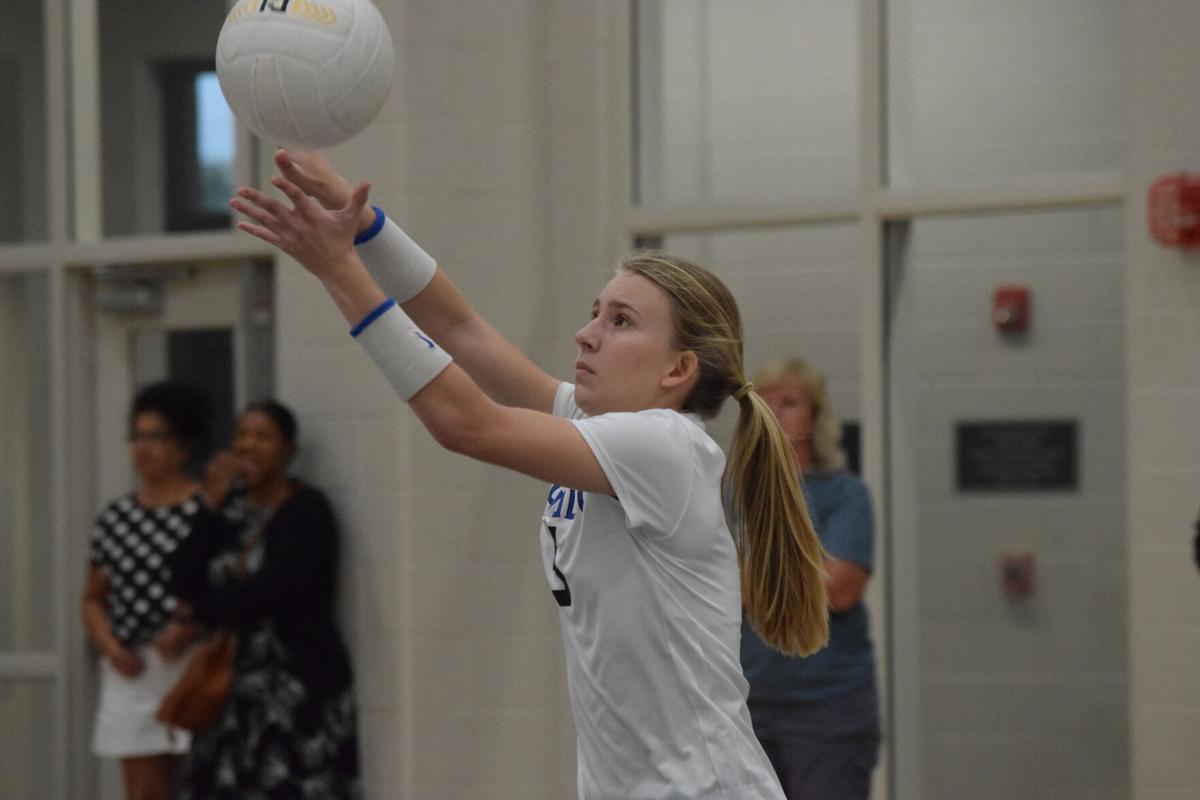 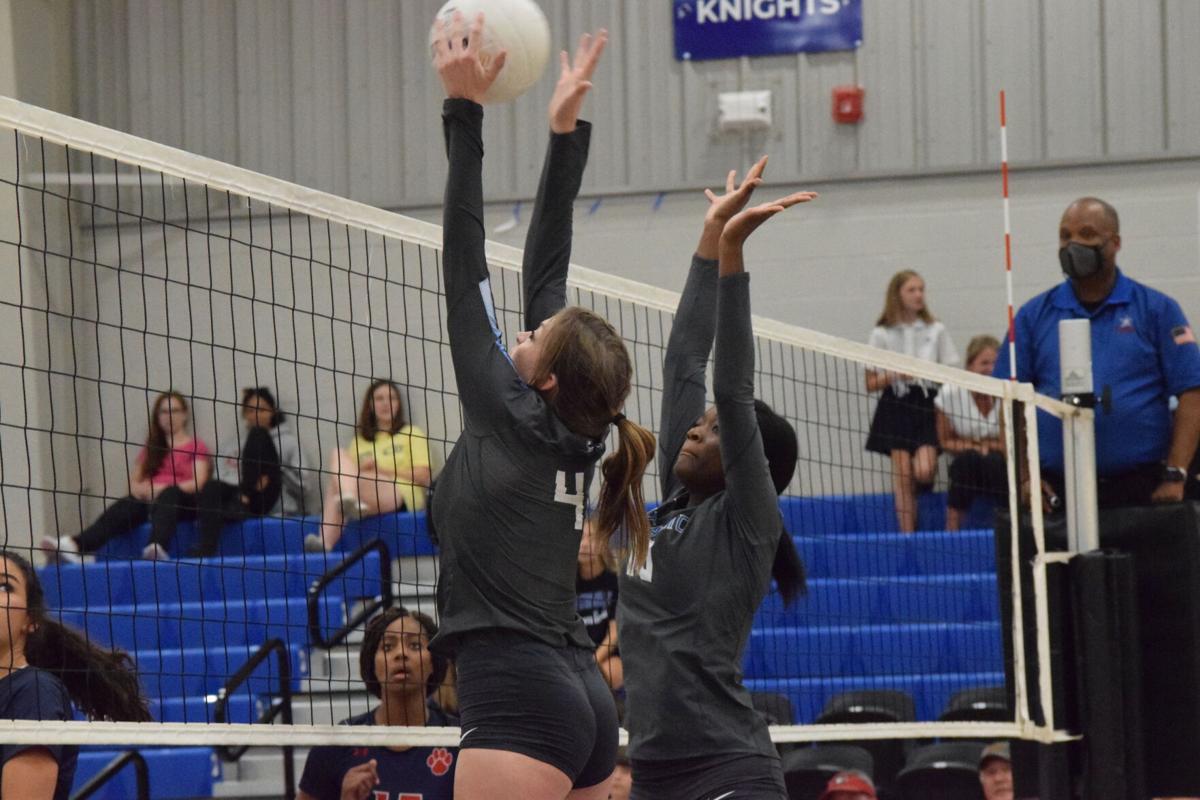 Catholic's Lennon McAnnally (4) jumps up to block shot by the Wildcats.

Catholic's Julienne Pharrams tries to block shot by the Wildcats.

Catholic's Lennon McAnnally (4) jumps up to block shot by the Wildcats.

The Montgomery Catholic Knights defeated the Trinity Wildcats 3-1 in the 3A Area 6 volleyball tournament at Catholic on Thursday and the home court was an advantage in the intense rivalry, Catholic freshman Harper Howell said.

“We were very, very grateful to be able to play at home,” she said. “Our fans helped us a lot, and that’s one thing about Catholic, we’re all family.”

This family atmosphere was on full display as family members and other Catholic student athletes filled the gym to cheer on the Knights to a four-set victory as the cheers from the Catholic side were deafening.

Both teams advanced to play in next week’s South Super Regional at the Multiplex on Wednesday, with Catholic (34-6) playing Flomaton in an opening round match at 12:45 p.m., with the winner playing the Mobile Christian-Thomasville winner at 6:30 p.m. for a berth in the state tournament.

“It definitely gives us good placing, and we just have to win our next two games on Wednesday to progress to state,” said Howell.

Trinity head coach Sarah Dubberley wasn’t thrilled to play in a hostile environment, but knew that it would help her team get exposed early to a big-game crowd.

“It’s not exactly what we wanted, but I think it’s good for the girls to see,” she said. “From here on out, all of our games will be on the big stage.”

For the Wildcats, Addison Cherry had 22 digs and 70 assists, while Reese Patterson had 23 kills, followed by Emma Moody with 14 and Emma Kate Smith with 12. Isabel Hill led back row with 34 digs followed by Mary Alice Sasser with 25.

The loss snapped a 13-game winning streak by the Wildcats (40-7), who fell to 1-3 against Catholic this season and could face the Knights again in both the regionals and the state tournament.

“Our focus will be the same as it’s been all year, a focus on mental toughness,” said Dubberley.