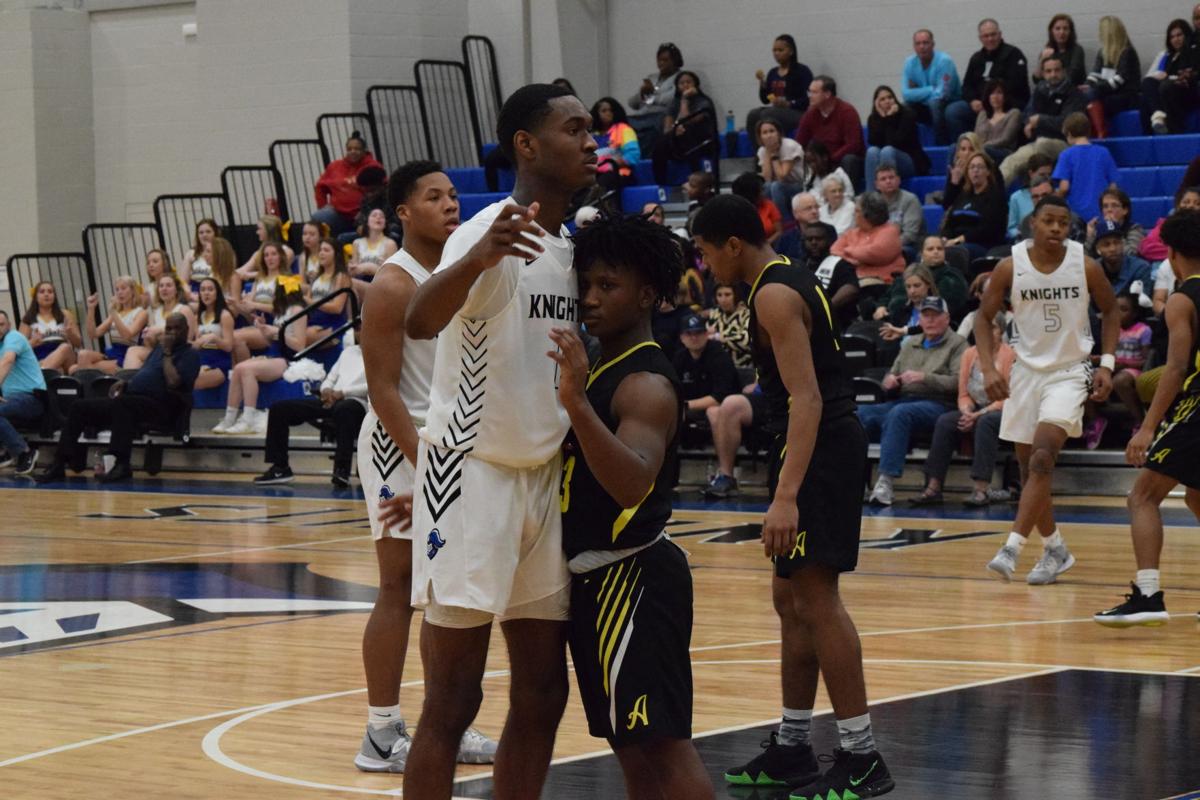 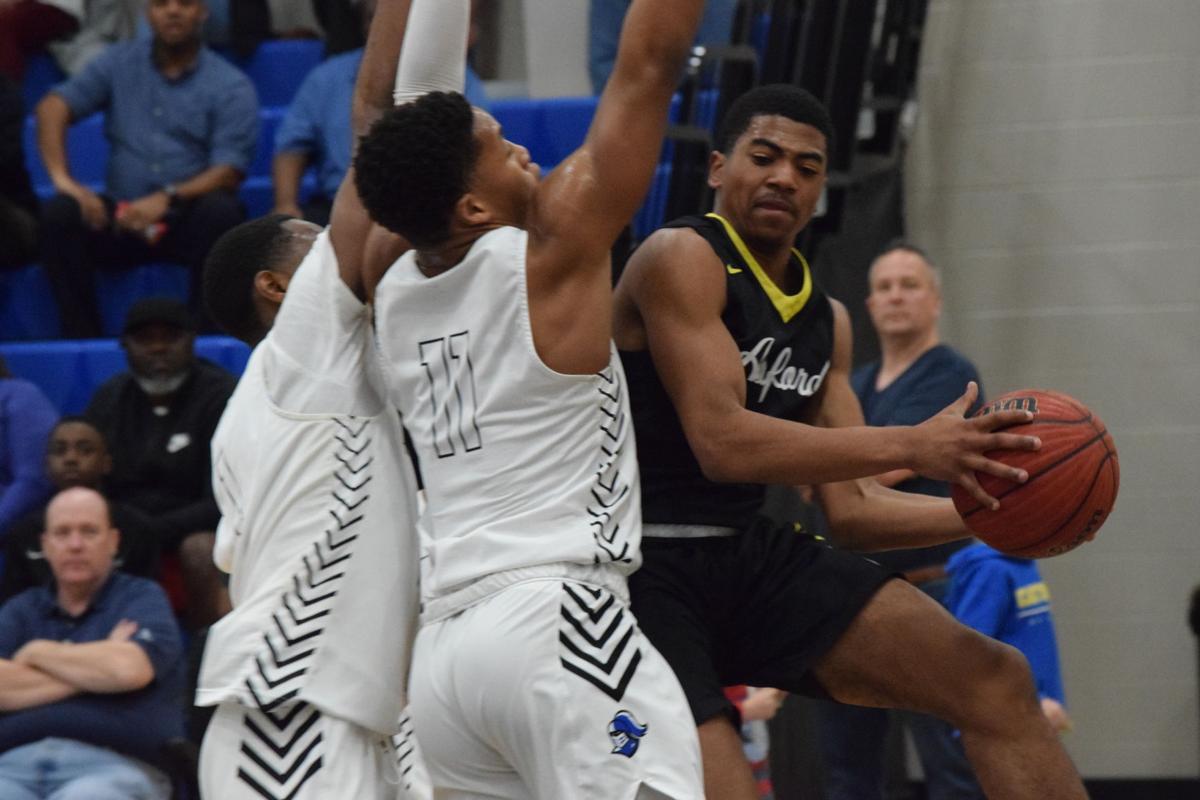 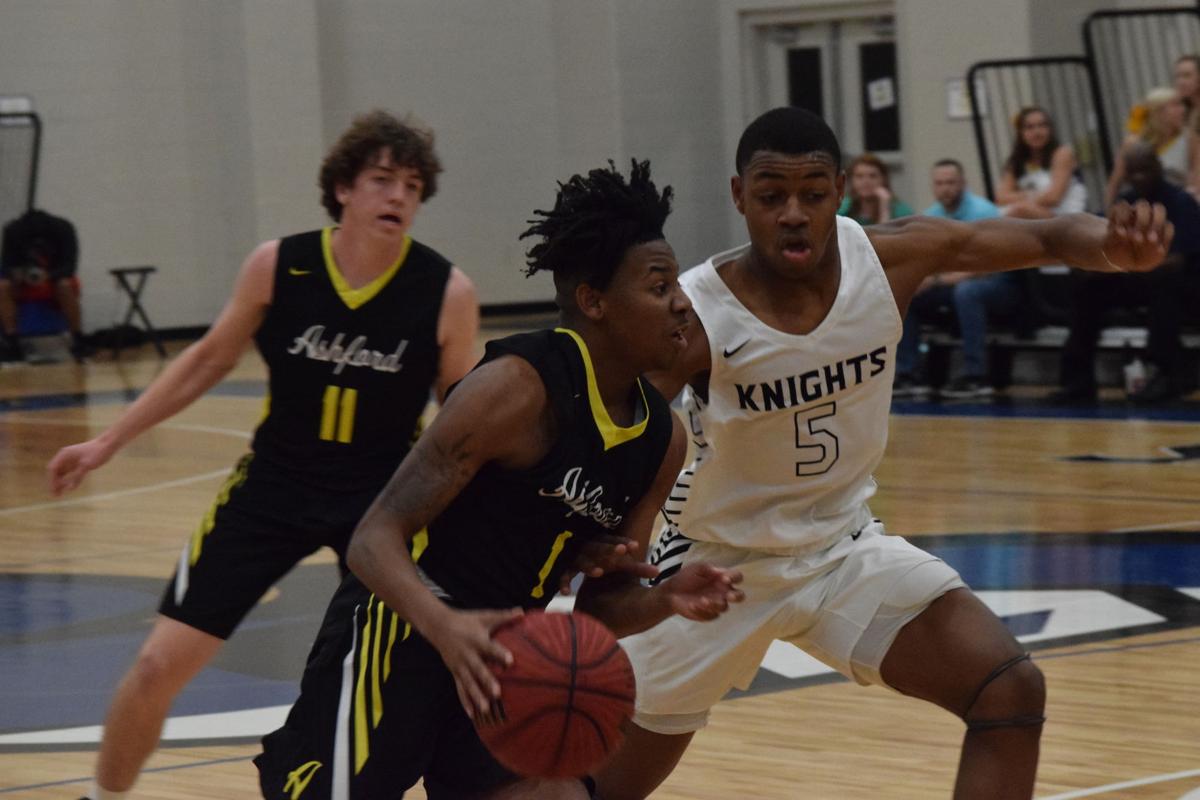 Ashford's T.J. Holston tries to drive to the basket past Catholic's Myles Butler. 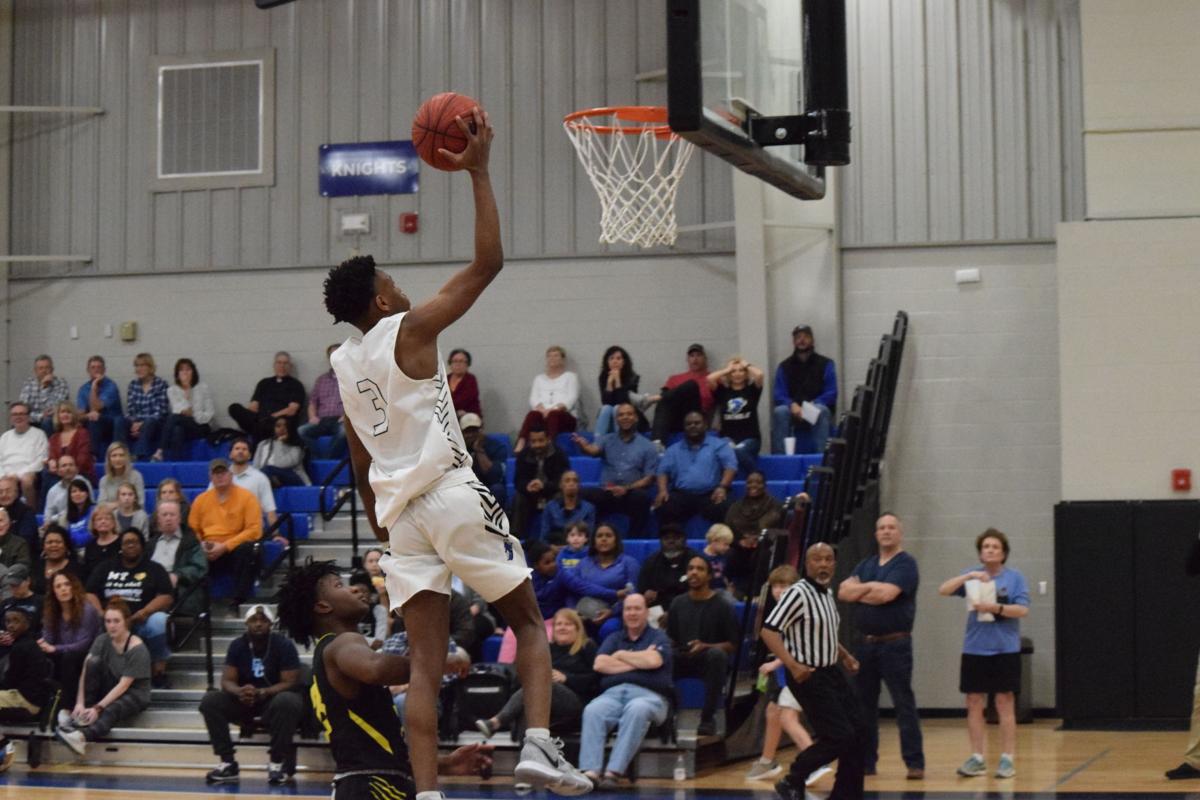 Catholic's Johntavius Green scores on a layup in Tuesday's game. 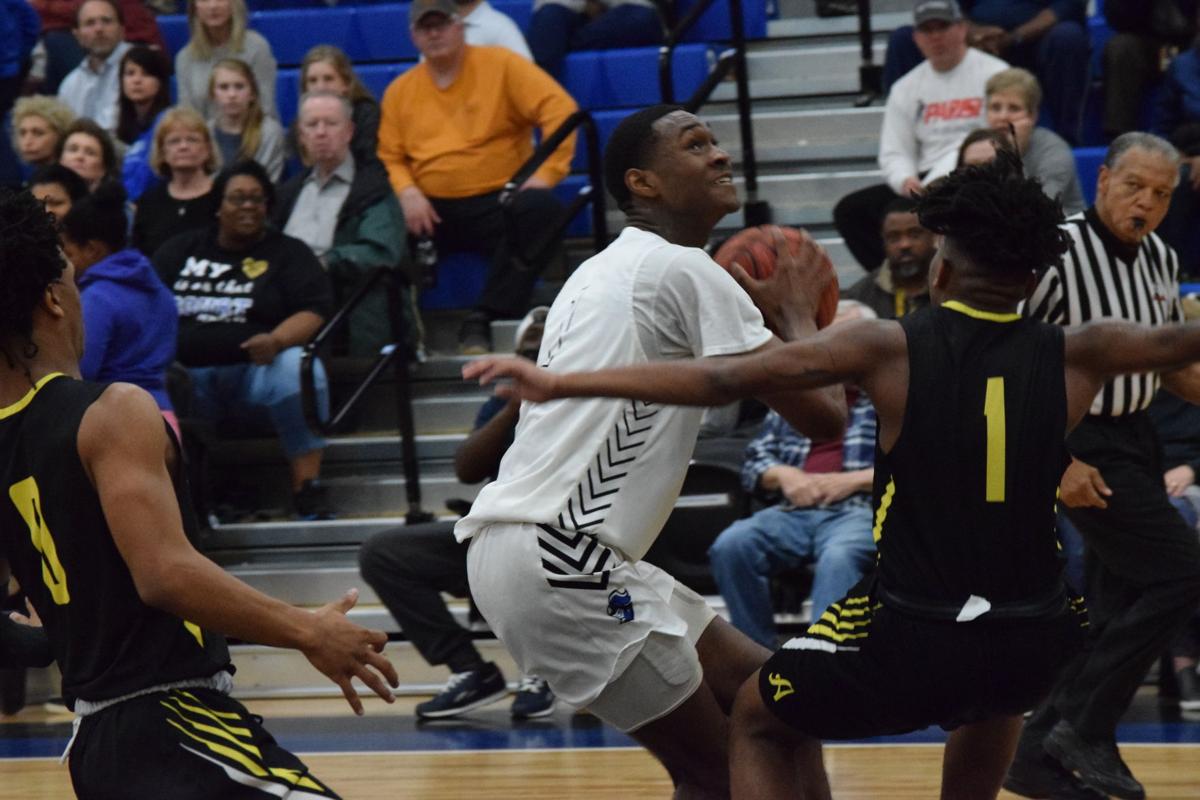 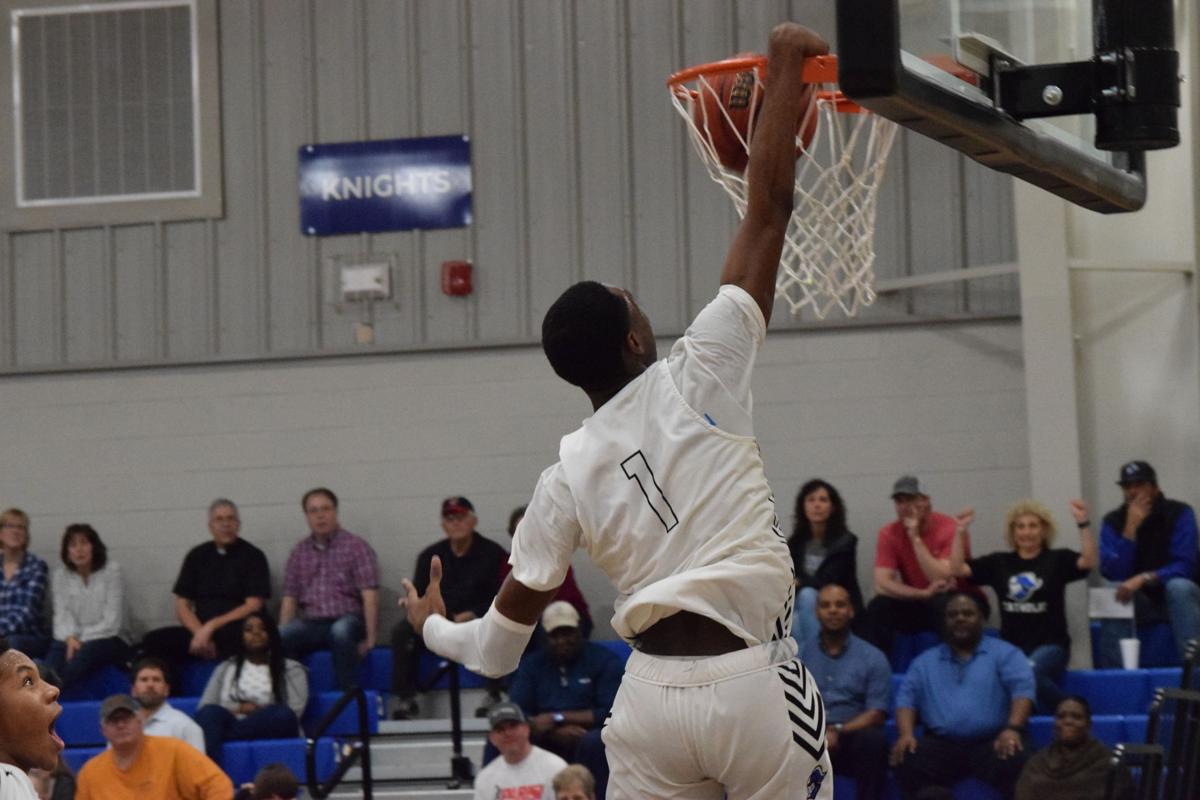 Catholic's Justin Bufford with the dunk. 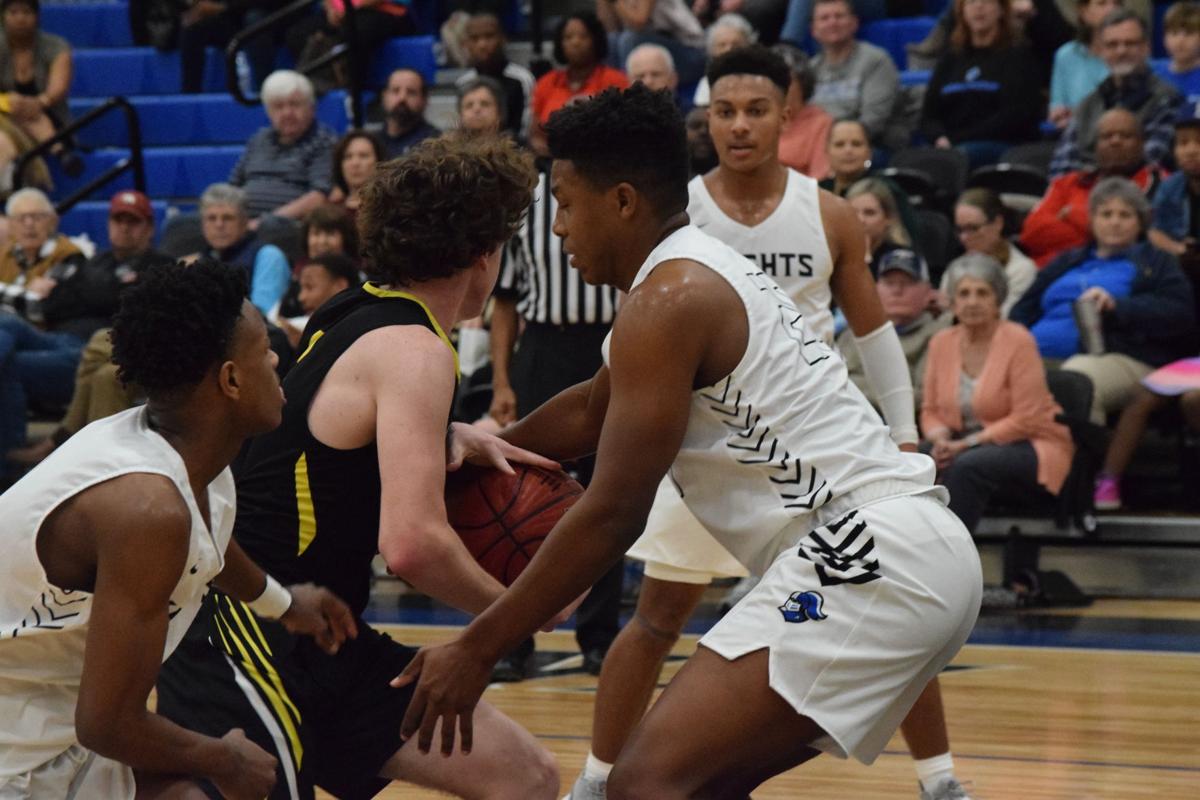 Ashford's T.J. Holston tries to drive to the basket past Catholic's Myles Butler.

Catholic's Johntavius Green scores on a layup in Tuesday's game.

Catholic's Justin Bufford with the dunk.

There wasn’t much drama in Catholic’s 72-47 romp over Ashford in Tuesday’s sub-regional game in the Catholic gym.

The Knights (28-4) were a little sluggish in the first quarter, found their rhythm in a 21-point second half and cruised in what was expected to be an easy matchup for the Area 4 champions.

“I just wanted us to compete,” Catholic coach Mike Curry said. “The word again in ‘respect.’ Respect yourself, respect the game, respect your opponent. Regardless of who we’re playing, we need to come out and play to a standard. We played (well) in spots. I’m happy with the outcome.”

With the win, Catholic advanced to the regionals for the first time since 2017 and for only the fifth time since its 2000 championship season. The Knights will face Booker T. Washington in the Southeast Regional at Garrett Coliseum on Monday.

“It’s been a goal of ours to move on to the regionals, so we’ve got our opportunity now,” Curry said. “The guys are excited but I don’t think they’re satisfied by any stretch.”

The game went as expected on Tuesday. The Yellow Jackets (13-15) put up some token resistance in the early moments, but it was more about Catholic finding its rhythm. DJ Carter, who finished with 16 points, six steals and three assists, scored 10 points in the second quarter as the Knights were off and running to a 35-18 halftime lead.

From there, the reserves saw much of the action as seven Knights finished with six or more points.

De’Christian Newton led Ashford with 11 points, all in the second half, followed by T.J. Holston and John Luke Lasseter with nine points each.