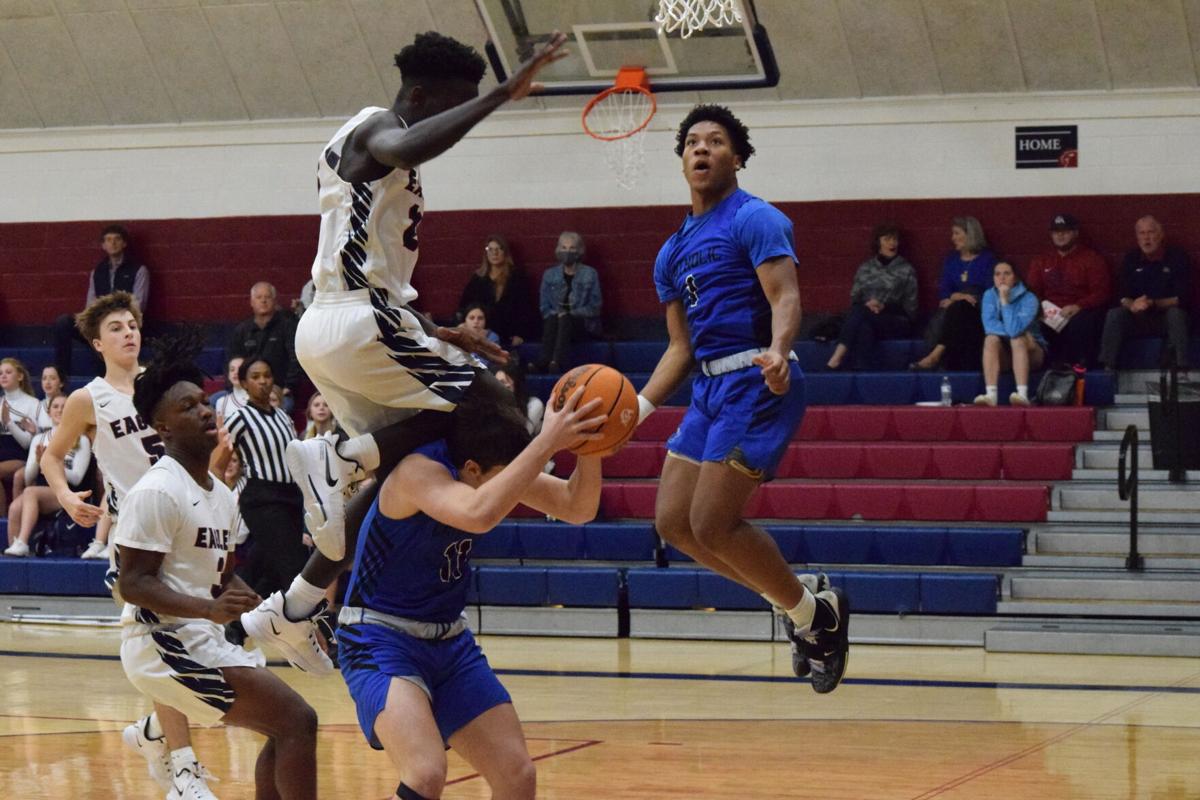 Montgomery Academy's DJ Vinson jumps up to block shot but lands on Catholic's Ethan Binns in first-half action on Tuesday. 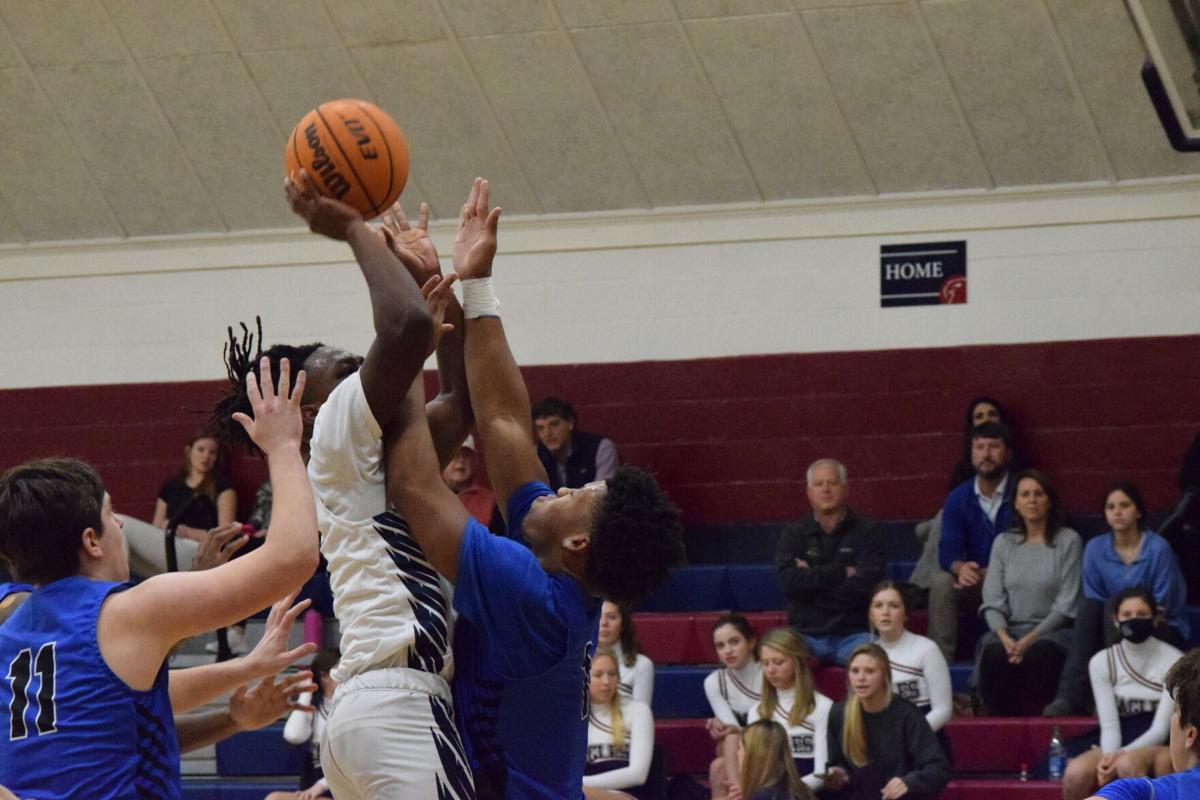 Montgomery Academy's Jamal Cooper gets off shot despite defense from Catholic's T.J. Dudley. 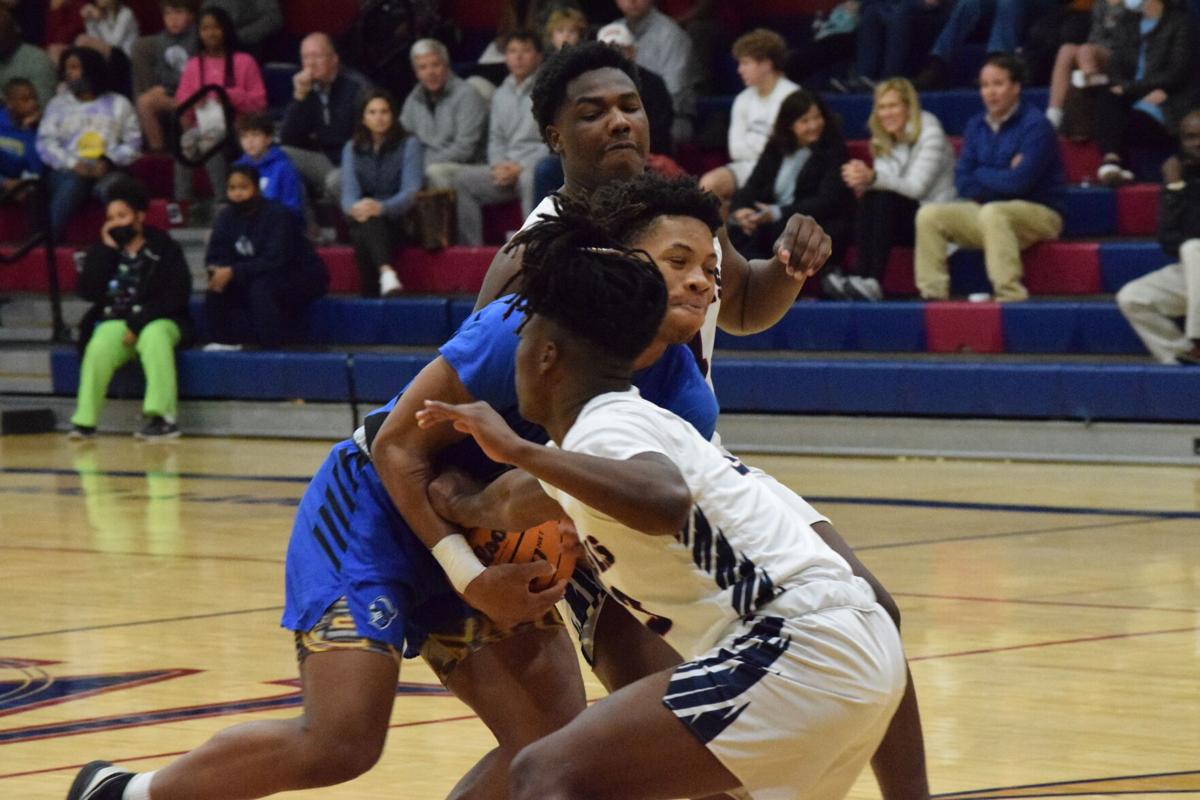 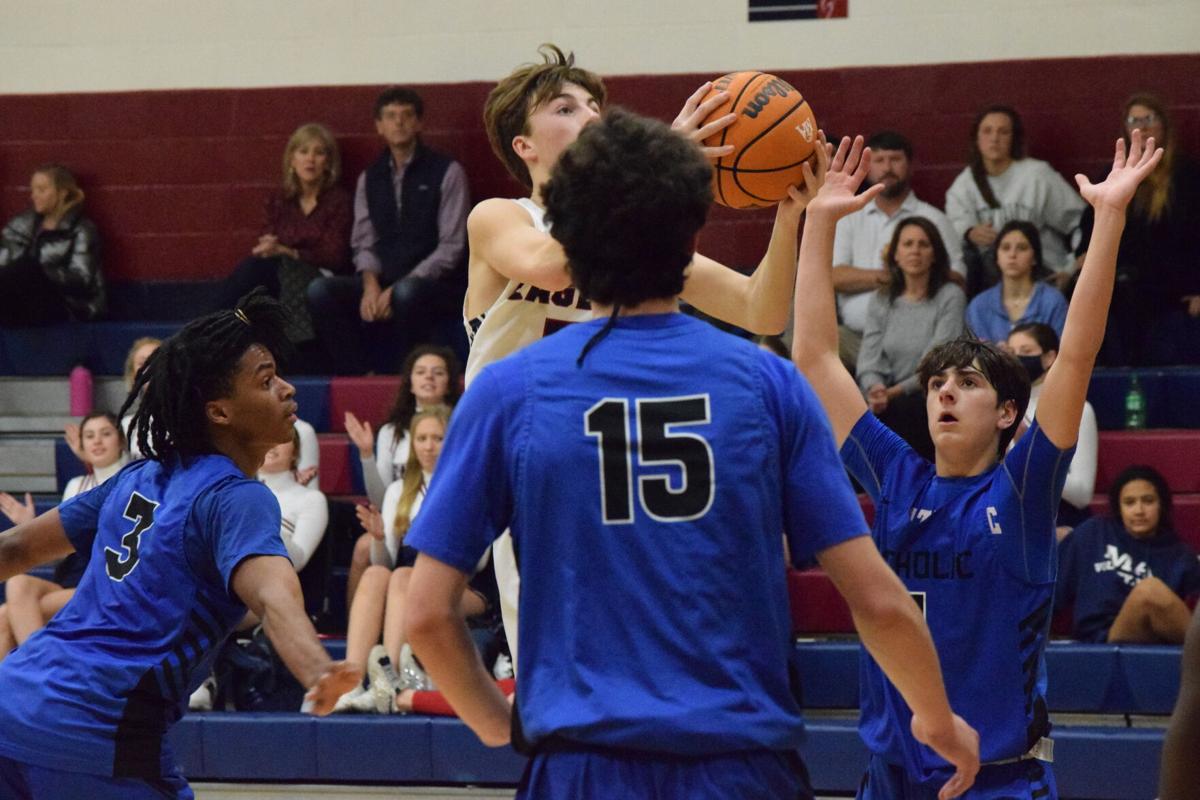 Montgomery Academy's Cole Caddell finds an opening in the lane as he is surrounded by Catholic defenders. 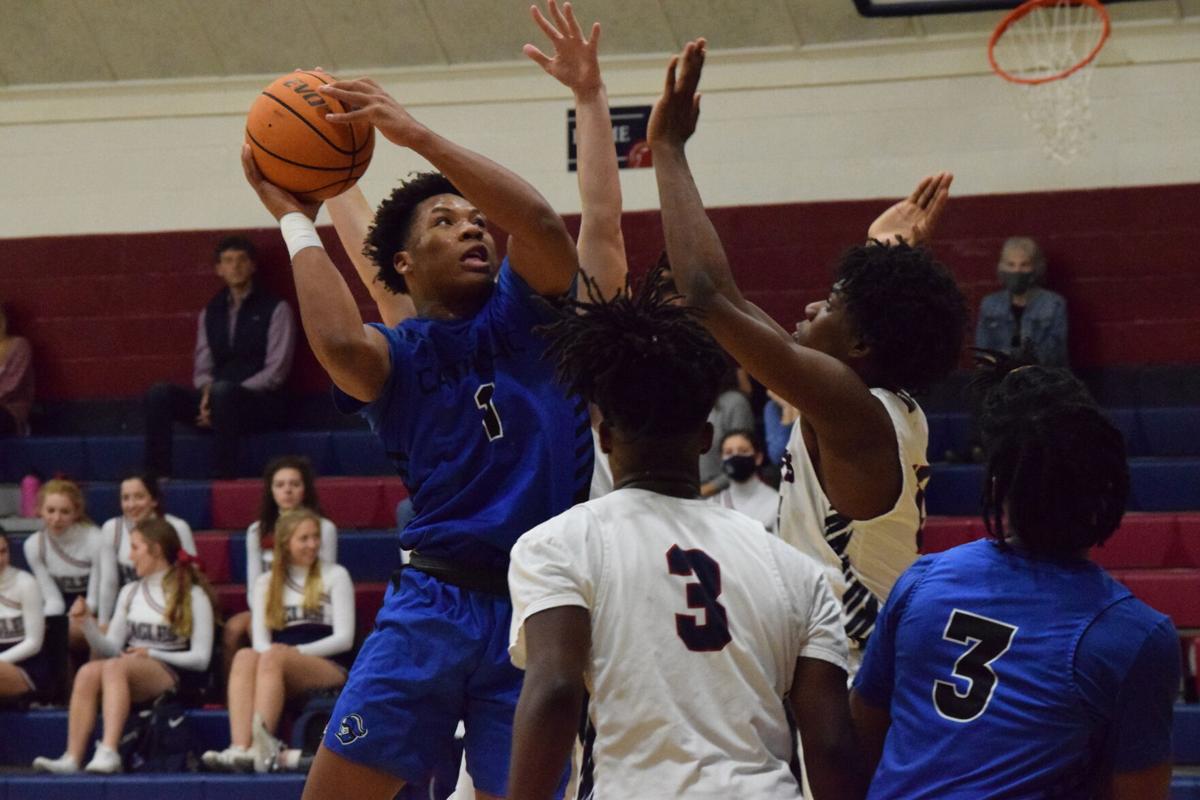 Montgomery Academy's DJ Vinson jumps up to block shot but lands on Catholic's Ethan Binns in first-half action on Tuesday.

Montgomery Academy's Jamal Cooper gets off shot despite defense from Catholic's T.J. Dudley.

Montgomery Academy's Cole Caddell finds an opening in the lane as he is surrounded by Catholic defenders.

There was a little over three minutes remaining in the third quarter of Tuesday’s Area 6 matchup between Montgomery Academy and Catholic when Catholic coach Mike Curry pulled all of his starters off the floor.

Curry had watched the Eagles rally with three consecutive baskets to take a four-point lead with 3:33 remaining. He responded by benching all of his starters.

“They weren’t playing with the right type of energy and effort,” Curry said. “They were just kind of going through the motions. They’d make two or three plays, then just relax. It was like we were at the playground and that ain’t going to work. We’ve got to defend for the total amount of time. I just had to rattle their cage a little.”

It took a few minutes, but the plan worked. Catholic rallied from an eight-point deficit by holding Montgomery Academy to just one field goal over the final three minutes of the game to grab a 55-50 win at Joe Mooty Court and remain unbeaten in area play.

“They’ve got pride,” Curry said. “You rattle their cage a little bit and they’ll respond. We’re still growing, we’re just 13 games in. I’ve got to be a little more patient with them. But I’ve got to give credit to MA because they came out and played a heck of a game.”

Catholic (6-7) entered area play having lost six of its previous seven games, but defeated Prattville Christian on Friday and Montgomery Academy on Tuesday to take the lead in the Area 6 race at 2-0.

“Regardless of how sloppy the win was, the key word is ‘win’ and I’m never going to knock a win,” Curry said. “We’ve got to get better.”

Montgomery Academy (5-7) and Trinity, which defeated Prattville Christian on Tuesday, are in second place at 1-1 in the area, followed by PCA (0-2).

“This one loss doesn’t end what we’re trying to do,” Montgomery Academy coach Jeremy Arant said. “We could easily, when we play (at Catholic) in a week, be on the other end of it.”

The Knights followed the same script they used in Friday’s game as LJ Green scored seven of his 11 points in the fourth quarter, including a 3-pointer with 4:27 left to tie the game at 43-43 (capping an 8-0 run), a pair of free throws to extend a three-point lead to five points with 23 seconds left and a steal and assist on the game’s final basket.

“Other people had opportunities and didn’t (step up),” Curry said. “If we’re going to be in those positions where it’s a one- or two-possession ballgame, there’s going to be some times where somebody else is going to have to step up and make a play. Just about all of them had an opportunity. I still think it all starts with LJ as far as his floor leadership and decision making.”

After Green’s 3-pointer tied the game, it was still tied three minutes later when Brennan Binns hit a 3-pointer from the corner to give the Knights the lead for good.

After Binns’ shot with 64 seconds remaining, the Eagles had a turnover, a missed 3-point attempt and a pair of missed free throws before Jonathon Rhoden hit a pair of free throws with 26 seconds left to put the Knights in control.

“That’s something we talked about during the timeout, how the toughest team was going to win the game,” Arant said. “We had some costly turnovers down the stretch in the fourth quarter and had some breakdowns defensively that left some guys open. That hurt us, too. We were just not locked in the way we needed to be and got out of where we should be defensively, trying to make a play somewhere else. We just weren’t tough enough with the ball down the stretch to close the game out.”

Another factor that hurt the Eagles down the stretch was the loss of DJ Vinson, who was a valuable contributor on both ends of the floor before he was tripped and hit the floor, opening a gash on his chin that ended his night.

“That was a big deal,” Arant said. “He was playing one of his better games of the season. He had eight points and about eight rebounds in the middle of the third quarter. Losing him tonight was a big deal.”

TJ Dudley led Catholic with 16 points, followed by Green with 11 and Rhoden with eight.