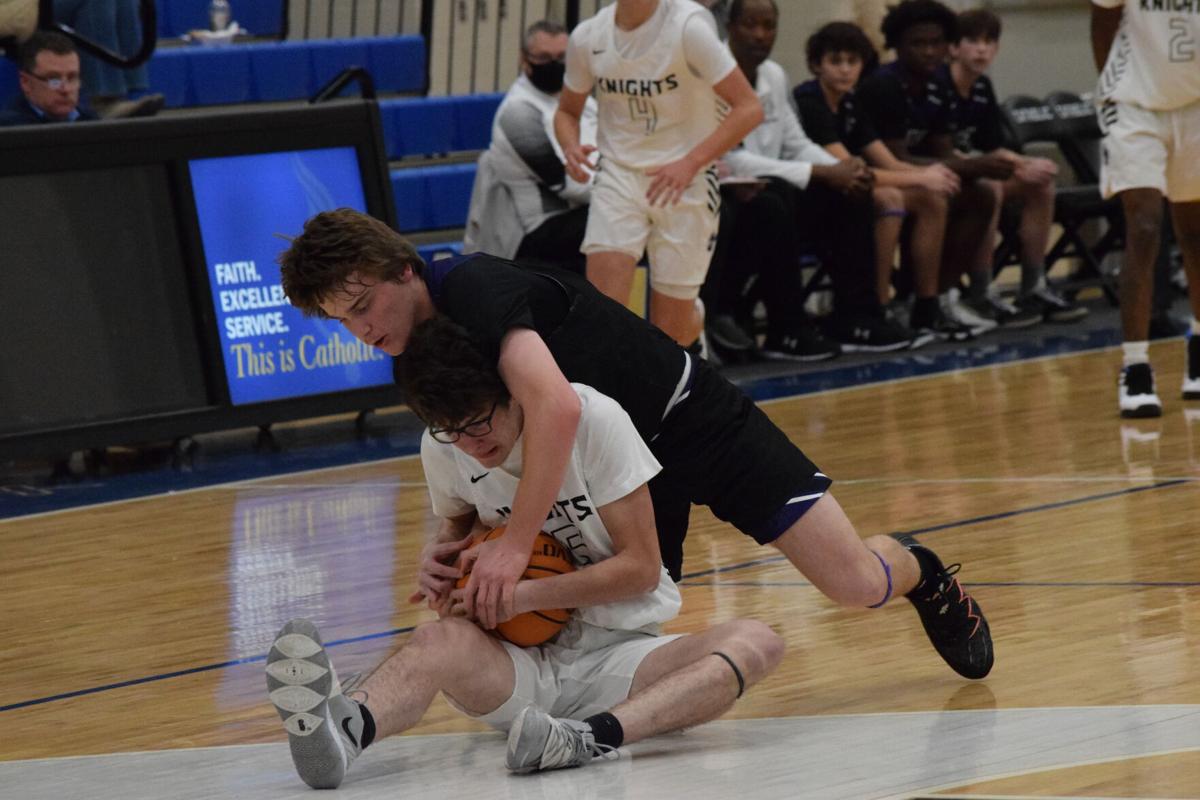 PCA's Conner Williams gets a little too physical with Catholic's Matthew Reardon in a battle for the ball. 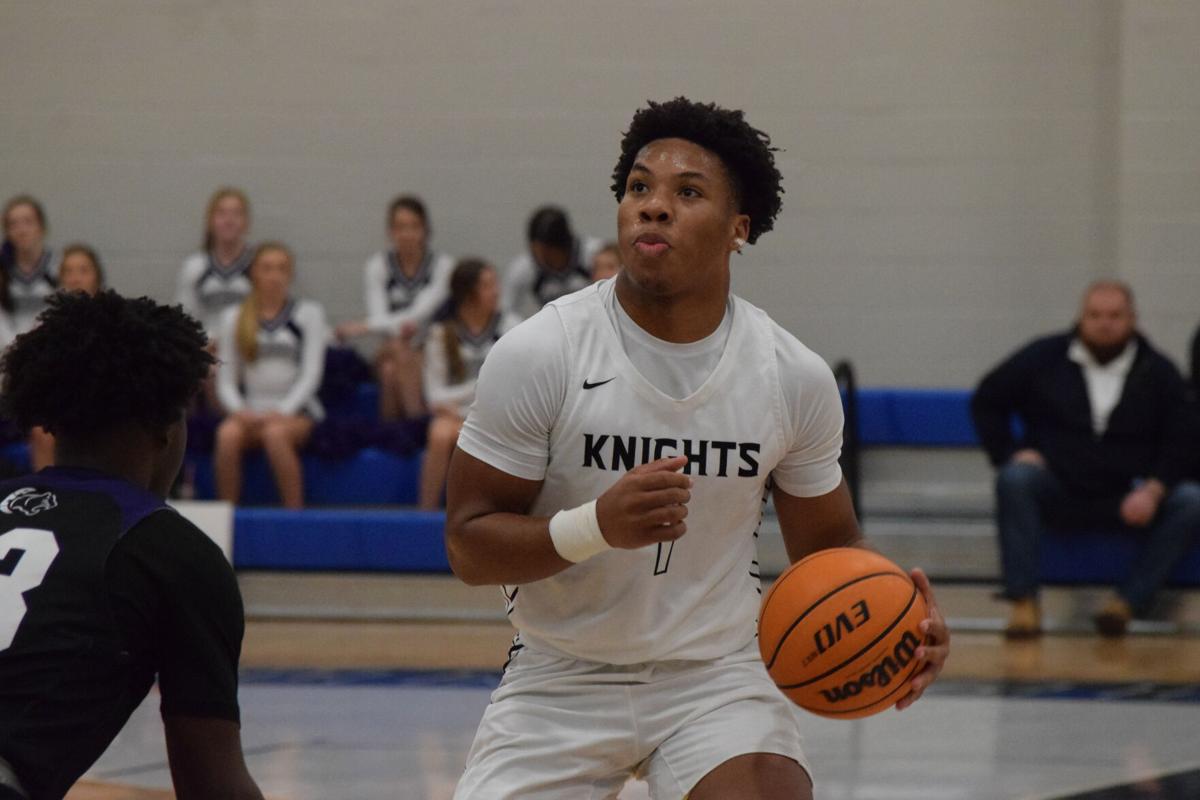 Catholic senior T.J. Dudley pulls up for two of his 17 points in the second half against PCA. 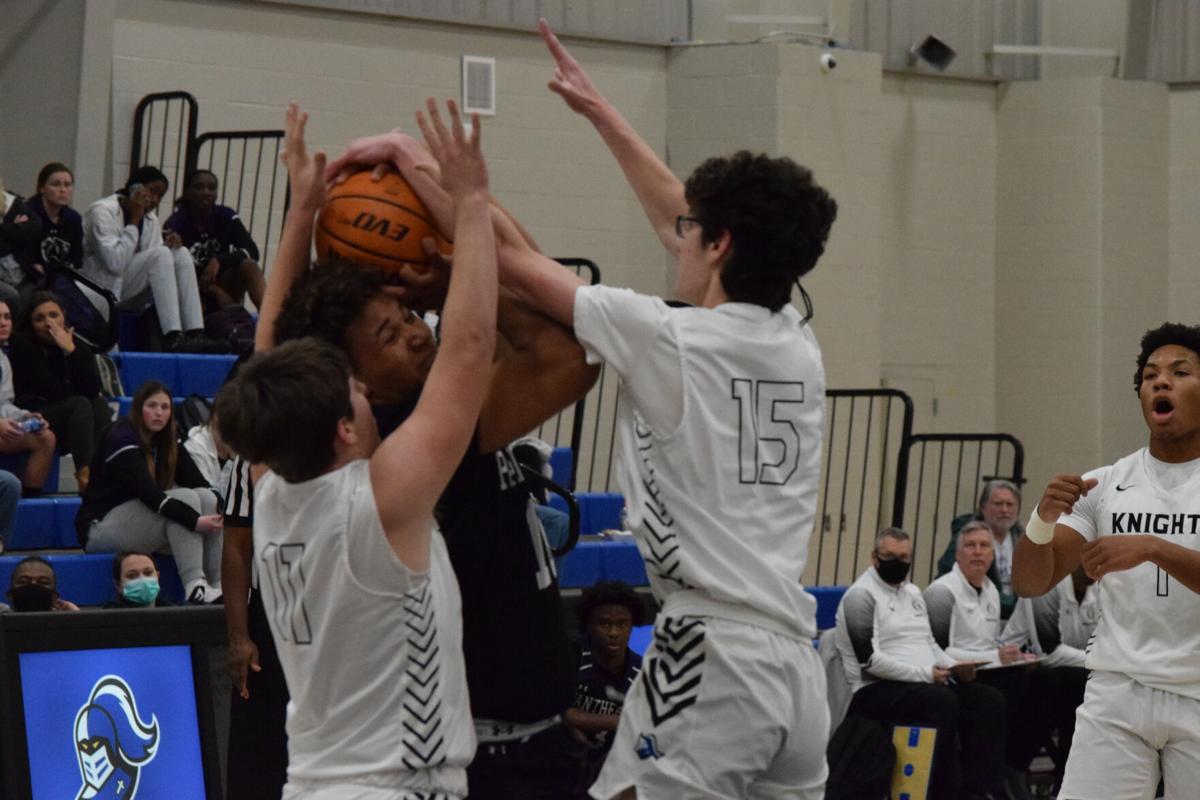 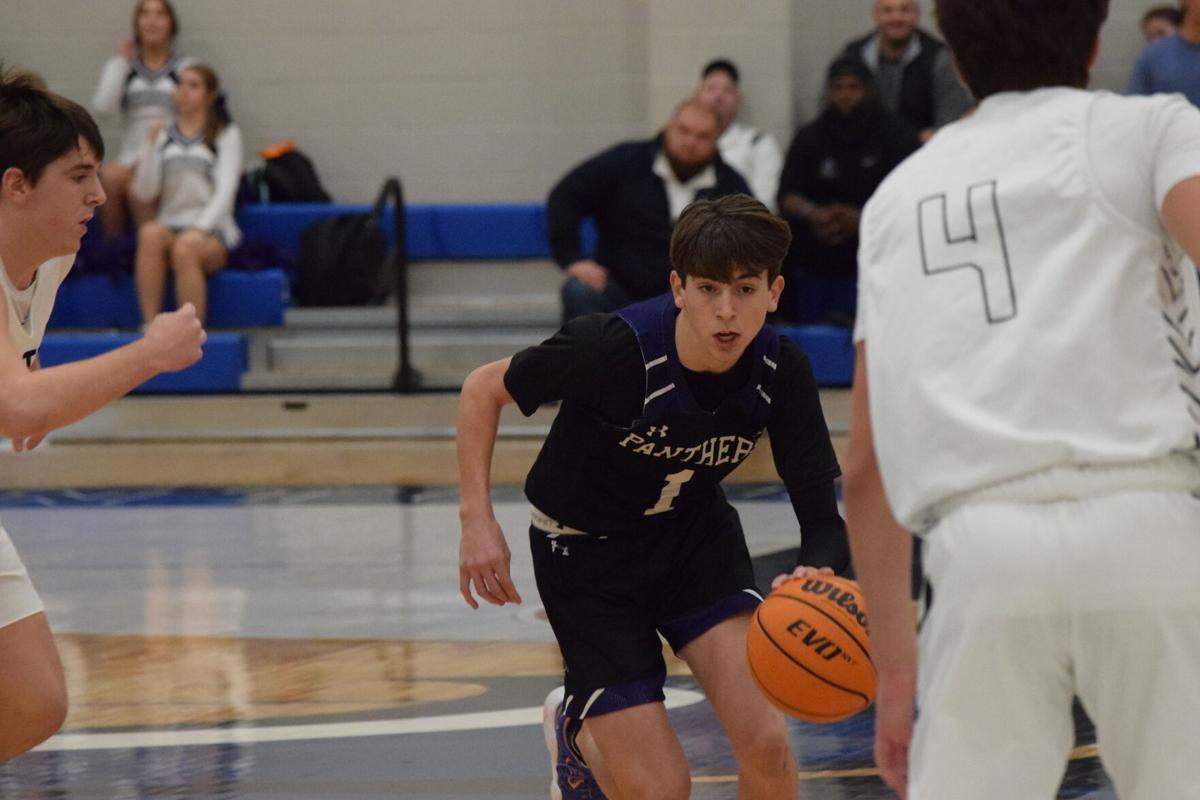 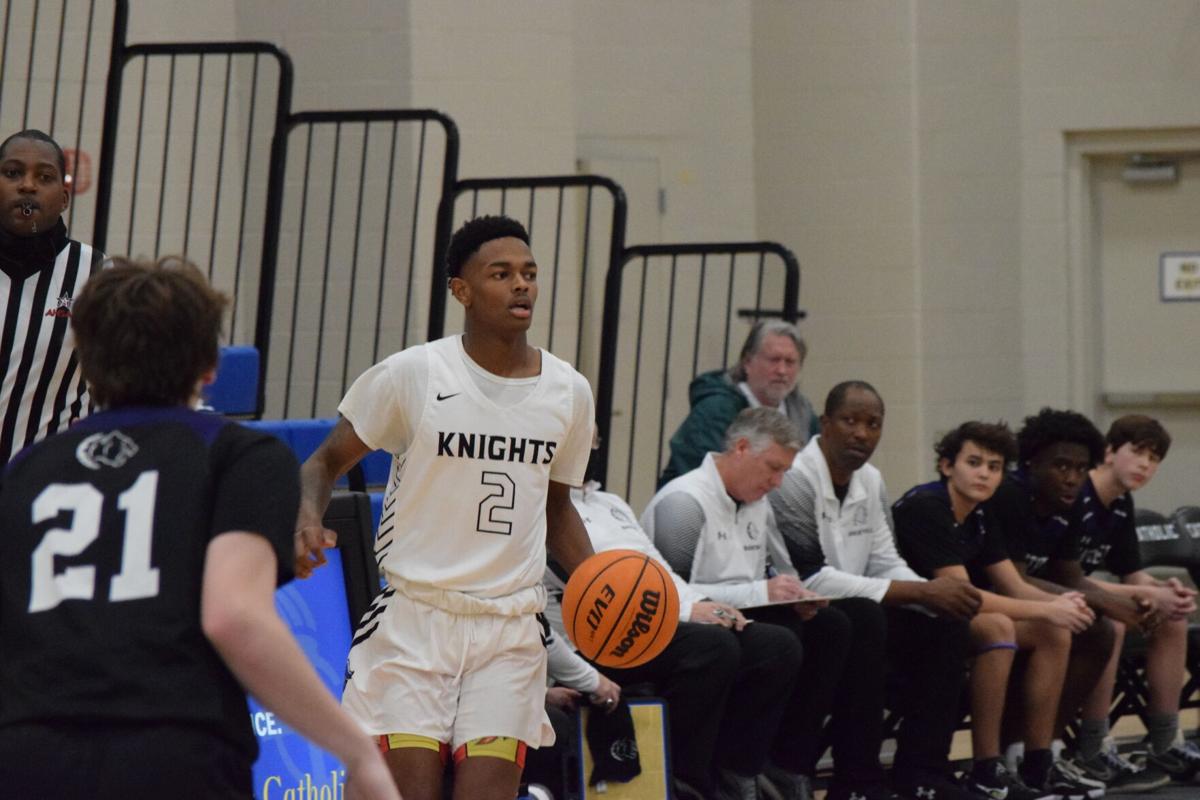 Catholic's LJ Green was quiet for much of Friday's contest before scoring 11 of his 15 points in the final eight minutes to help the Knights pull away in the final minutes.

PCA's Conner Williams gets a little too physical with Catholic's Matthew Reardon in a battle for the ball.

Catholic senior T.J. Dudley pulls up for two of his 17 points in the second half against PCA.

Catholic's LJ Green was quiet for much of Friday's contest before scoring 11 of his 15 points in the final eight minutes to help the Knights pull away in the final minutes.

For the longest time, Prattville Christian Academy and Catholic were locked in a 31-31 tie in the third quarter. Both teams were struggling to find any offensive spark that could turn the 3A Area 6 game in their favor.

“They’re a very good defensive team,” PCA coach Jason Roberson said, “so it’s hard to get good offensive shots. More than just scoring, we were supposed to be focused on a defensive game plan and blocking out and we had way too many lapses.”

T.J. Dudley was a consistent force in the paint and LJ Green scored 11 of his 15 points in the fourth quarter as the Knights finally pulled away for a 53-43 win over the Panthers in the area opener for both teams in the Catholic gym on Friday night.

“The game was kind of choppy and we tried to speed it up a little bit and it worked to our favor,” Catholic coach Mike Curry said. “But we lost them a couple of times in transition and they made some shots. We played with a little more energy and a little more effort (later in the game) and that got us out in transition, where we needed to be. His game plan was to back off and make us make some shots and our game plan was to speed the game up and get out in transition. For a minute there, nobody was taking advantage of the situation on either side.”

In an area race that may not be decided until the final game, Friday’s meeting was an indicator of how evenly matched the four teams are as PCA took an early lead with its 3-point shooting, only to see Catholic regain control in the final six minutes of the fourth quarter with its defensive play.

“We starting to play better,” Dudley said. “Defensive wise, we’re starting to pick it up because defense is one of the main things we needed to work on. Offensively, we just need to control the ball and play to our strengths.”

The inside-out duo of guard Carson Roberson, who had 18 points, six rebounds and four assists, and power forward Coleman Hunter, who had 13 points and 15 rebounds, gave the Panthers an early advantage before the Knights played better on the perimeter in the second half and gave Dudley some help on Hunter.

“In the third quarter, we started helping out more,” Dudley said. “With No. 10, we started fronting him more and getting help on him.”

Dudley, meanwhile, contributed 17 points, 12 rebounds and three steals, scoring at least four points in each of the final three quarters.

“He was solid,” Curry said. “He missed some bunnies around the basket, but he did enough. Then LJ got going late. In the third quarter, he was there, point blank, and couldn’t buy one.”

Green, who had 15 points, five rebounds and five steals, was the difference late, taking an assist from Dudley on a 3 pointer with 6:35 remaining, then scoring the next three Catholic baskets to help the Knights to a 10-point lead with a little less than three minutes remaining.

“I think he was a little more aggressive and made his mind up to get a little closer to the basket toward the end of the game so give him credit for that,” Roberson said.

Just as Dudley, Green and their Catholic teammates turned up the defensive pressure in the fourth quarter, Roberson said his team strayed away from its game plan defensively, allowing Dudley and Green to take charge of the game.

“The two best basketball players on the floor, definitely the two best athletes, play for Catholic,” Roberson said. “We had a game plan and didn’t follow it enough as many possessions as we should. Maybe our young guys will learn from it.”