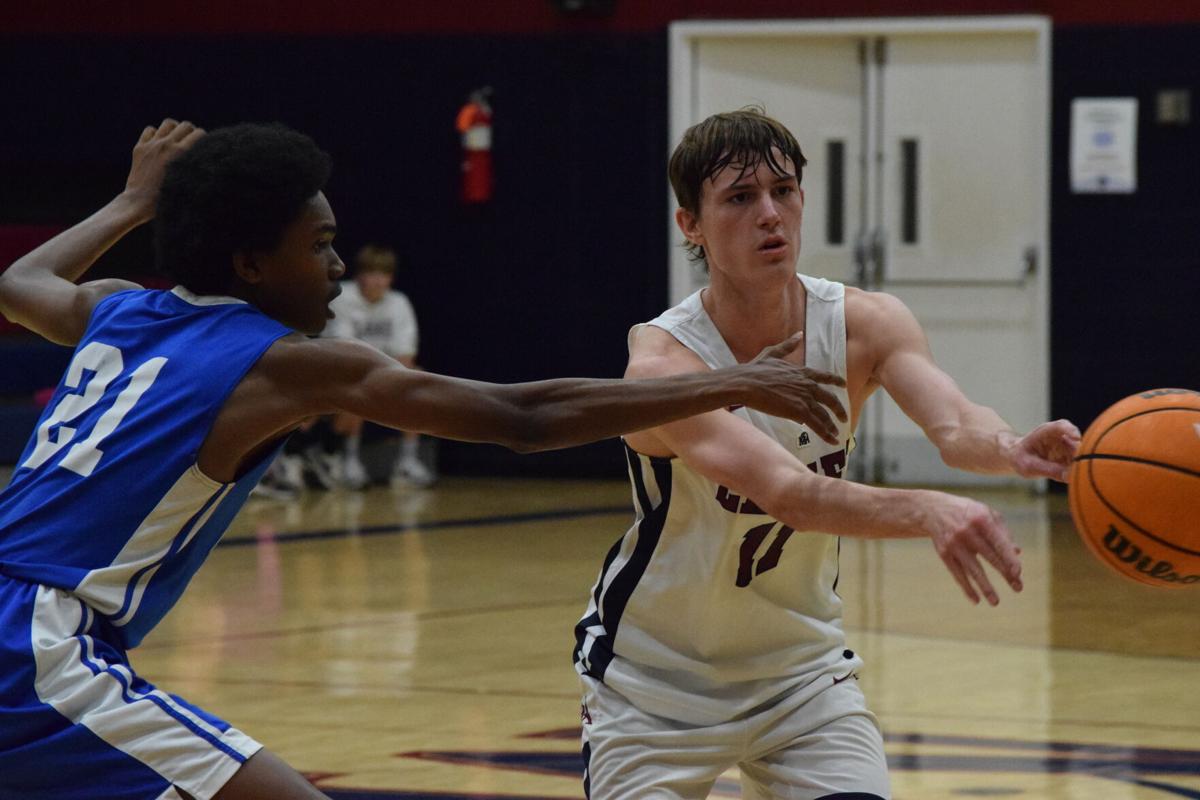 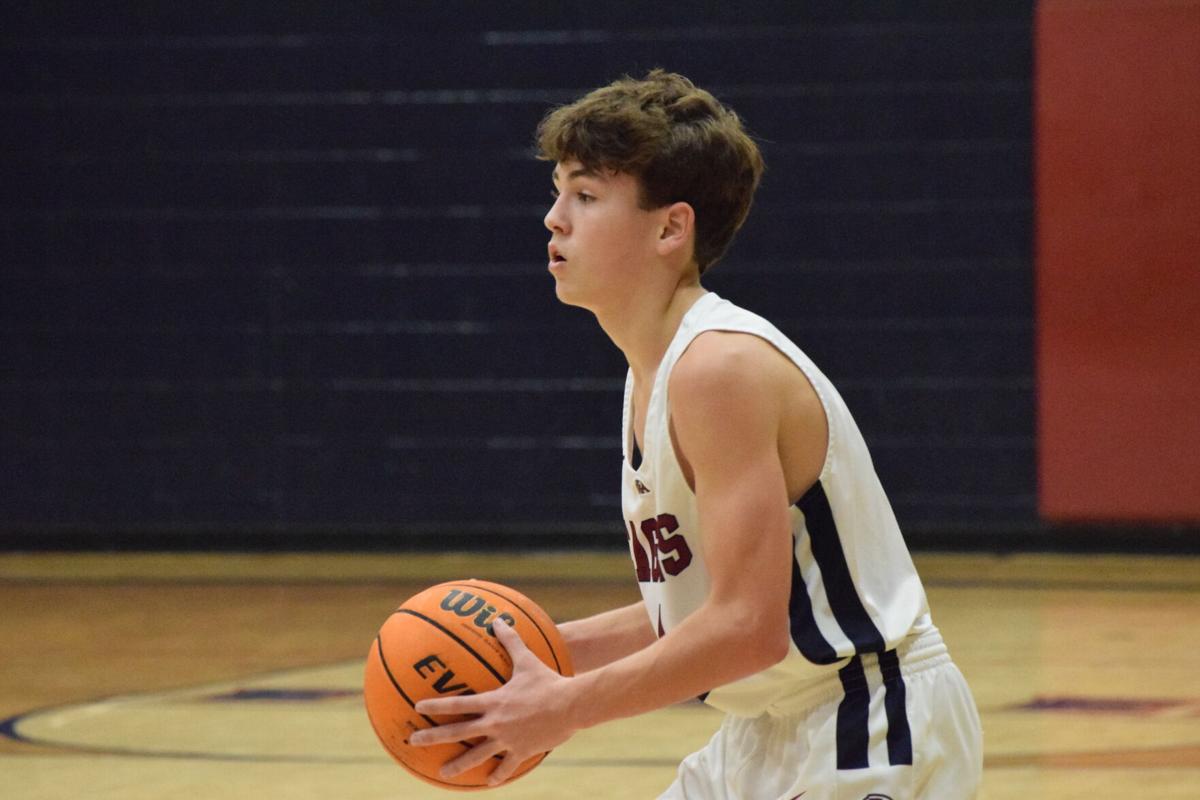 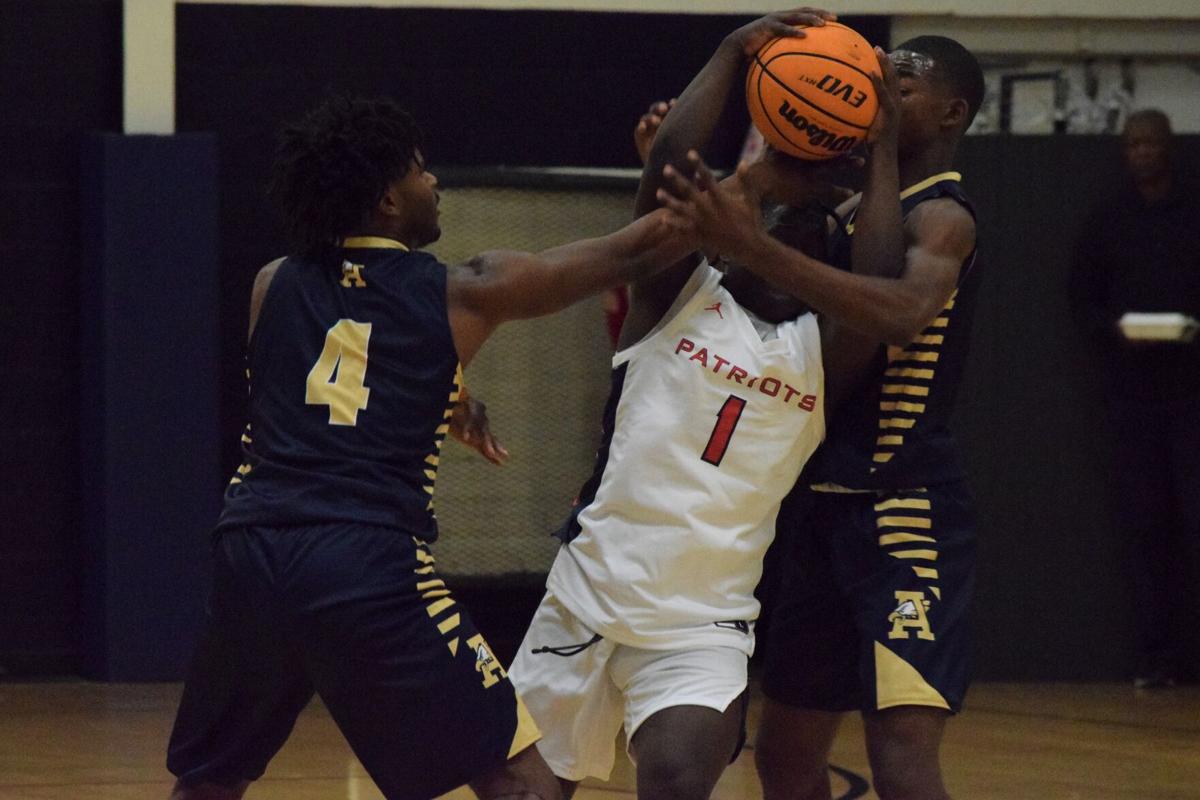 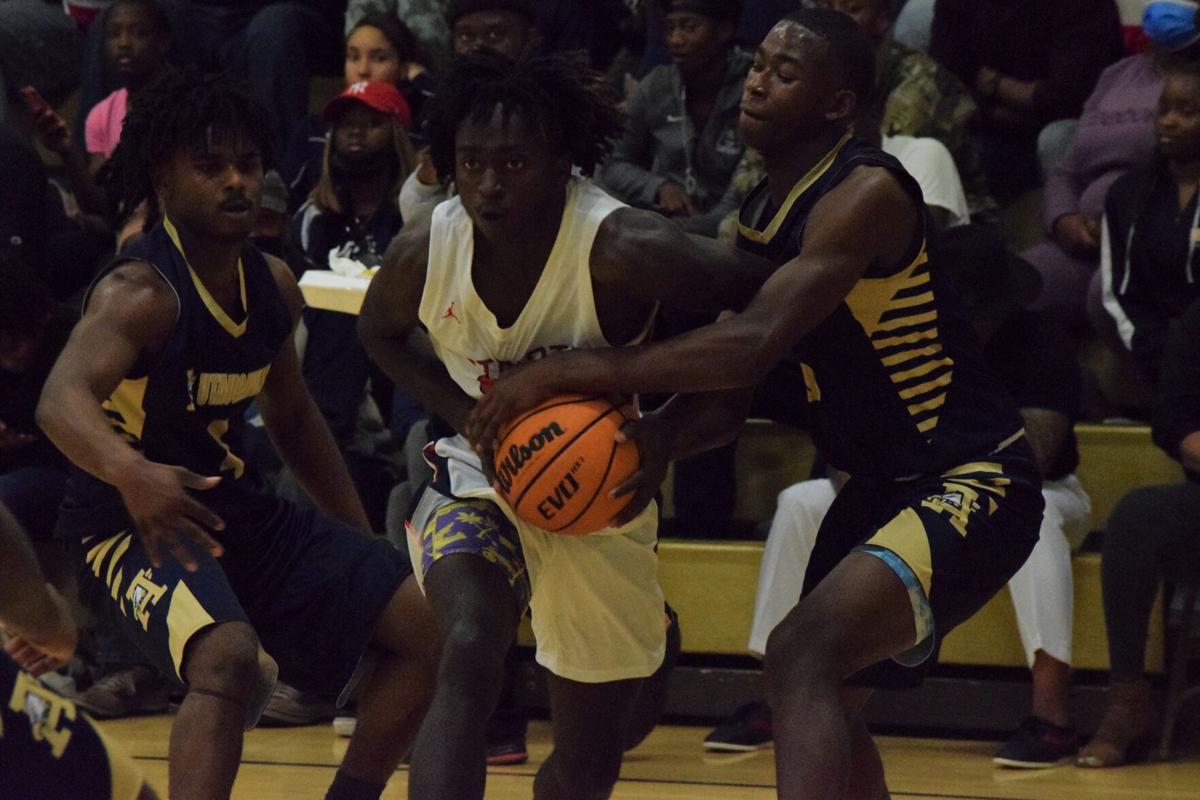 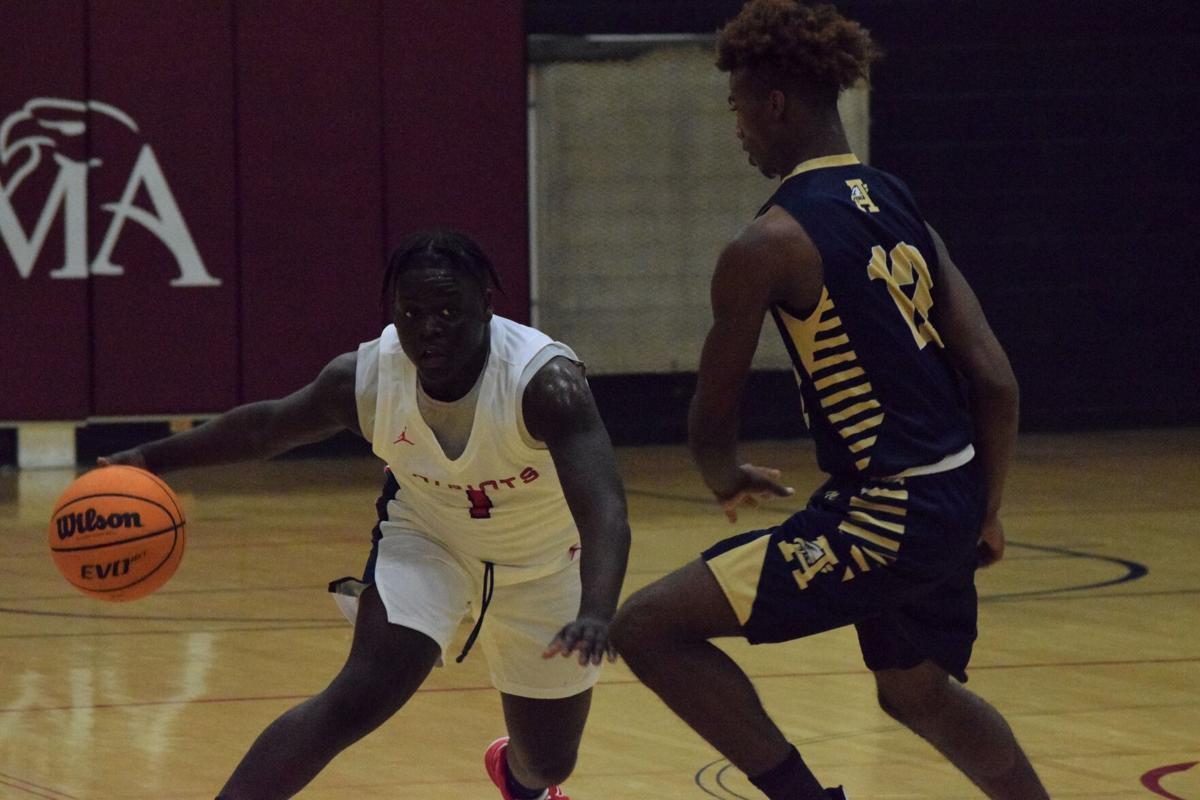 Pike Road's Alijah Hicks tries to get around the defensive pressure of Autaugaville's Ladarien Golson.

Pike Road's Alijah Hicks tries to get around the defensive pressure of Autaugaville's Ladarien Golson.

With a mixture of junior varsity and varsity players, Montgomery Academy hung around for a half before Marbury put together a strong third quarter to defeat the Eagles in the opening round of the Coach Larry Chapman Foundation Tip Off Classic at Joe Mooty Court on Monday.

Both teams continue play in the tournament on Tuesday. Montgomery Academy (0-1) will face Booker T. Washington at 10 a.m., while Marbury will play Jeff Davis at 10 a.m.

The Indians trailed virtually the entire game before scoring 25 points in the fourth quarter and hitting eight of 14 free-throw attempts down the stretch to defeat Brewbaker Tech in the opening round of the Coach Larry Chapman Foundation Tip Off Classic at Joe Mooty Court on Monday.

Jasavien Moore, like his team, just seemed to get better with each passing quarter, scoring 11 points in the first half, 11 in the third quarter and 12 in the final period to finish with 34 points. Teammate Jamari Payne scored six of his 10 points in the final quarter to help the 1A Indians knock off the 5A Rams.

For Brew Tech, Machi Gilchrist had 13 points, followed by Xavier Sutton with 10 and Jaden Stephens with nine.

Both teams continue play in the tournament on Tuesday, with the Indians playing Autaugaville at 2:30 p.m., while the Rams play area rival Pike Road at 2:30 p.m.

The defending 1A state champions rallied with a strong effort on both ends of the floor in the second quarter, then held off the Patriots late to win their 36th consecutive game with a 53-47 win over Pike Road in the opening round of the Coach Larry Chapman Foundation Tournament Tip Off Classic at Montgomery Academy on Monday.

Autaugaville trailed 15-8 entering the second quarter, then got seven points from Jaden Nixon and a pair of 3 pointers from Ladarrien Golson on the offensive end of the floor while holding the Patriots without a field goal in the second quarter to turn a seven-point deficit into a 10-point lead at the half.

Both teams continue play in the tournament on Tuesday, with the Eagles (6-0) facing Loachapoka at 2:30 p.m., while Pike Road plays area rival Brew Tech at 2:30 p.m.

PCA (3-1) returns to action in the tournament against Sardis on Tuesday at 4 p.m.

GREENVILLE -- Sawyer Fossett and Ethan Alford hit crucial 3 pointers in the fourth quarter and Clay Benson added a free throw late for the game-winning point as Fort Dale held off the Wildcats 57-56 on Monday.

The Eagles used a 23-point third quarter to rally from a three-point deficit at the half and held off the Wildcats down the stretch. Alford led the Eagles with 15 points, scoring 12 in the first half before saving his biggest basket for late. Brady Long also had 15 points, followed by Clay Benson with 13.

Austin Champion led Edgewood (1-2) with 17 points, followed by Brock Whitt with 15. Cooper Hall had eight points, all in the first half.

GUNTERSVILLE -- Hannah Jones had 16 points, 12 rebounds and four blocked shots to lead the Lady Panthers to an opening round win in the Supreme Courts Thanksgiving Tournament on Monday.

PCA (6-0) returns to action in the tournament with a pair of games on Tuesday, playing Southside-Gadsden at 2:30 p.m. and Plainview at 7 p.m.

GREENVILLE -- Avery Royal scored 30 points, including nine in a decisive third quarter as the Eagles pulled away from a one-point game at the half with an offensive barrage in the second half for a 74-51 win over the Wildcats on Monday night.

Eden Skipper and Lily Van Dyke each added 10 points as Fort Dale pulled away from a 34-33 halftime lead with 21 points in the third quarter and 20 more in the fourth.

Lindsey Brown led Edgewood with 21 points, followed by Jaylyn Strength with 11 and Emma Weldon with nine.

Edgewood (1-2) take a few days off for Thanksgiving and returns to the floor on Monday at Lee-Scott Academy.