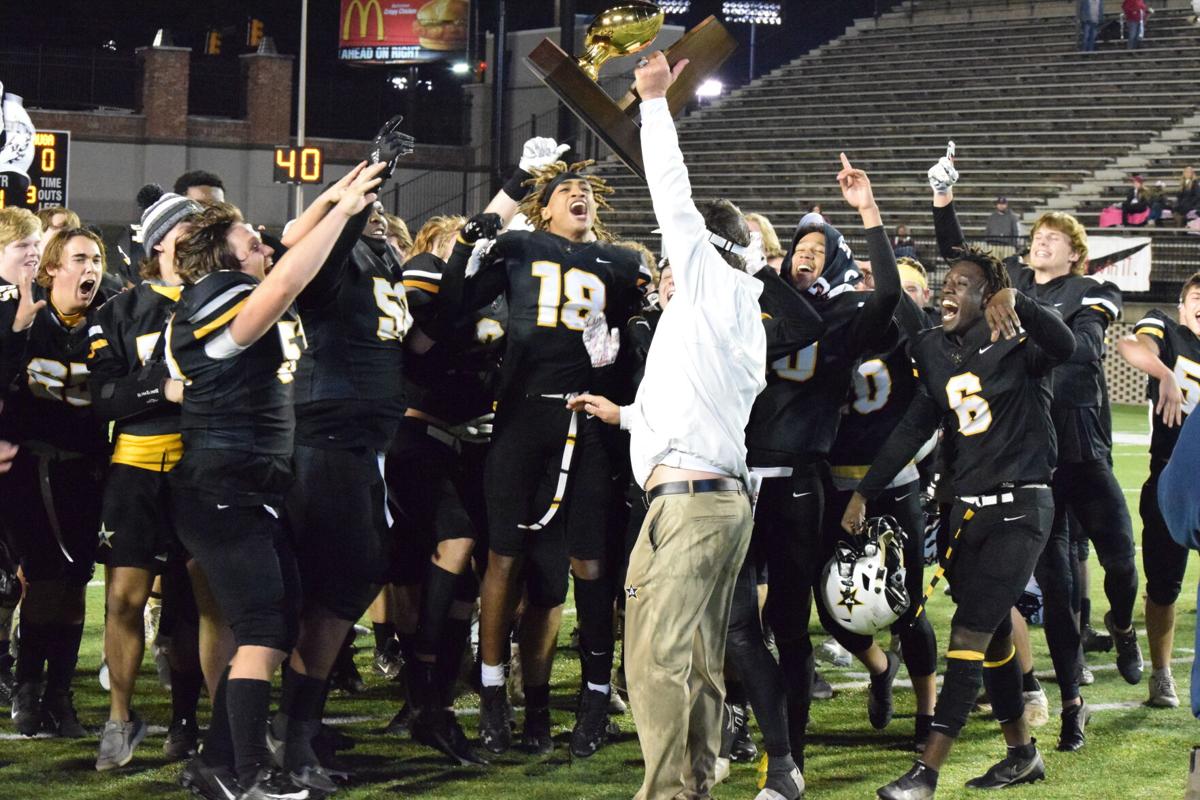 Autauga Academy coach Bobby Carr lifts up the trophy for his players. 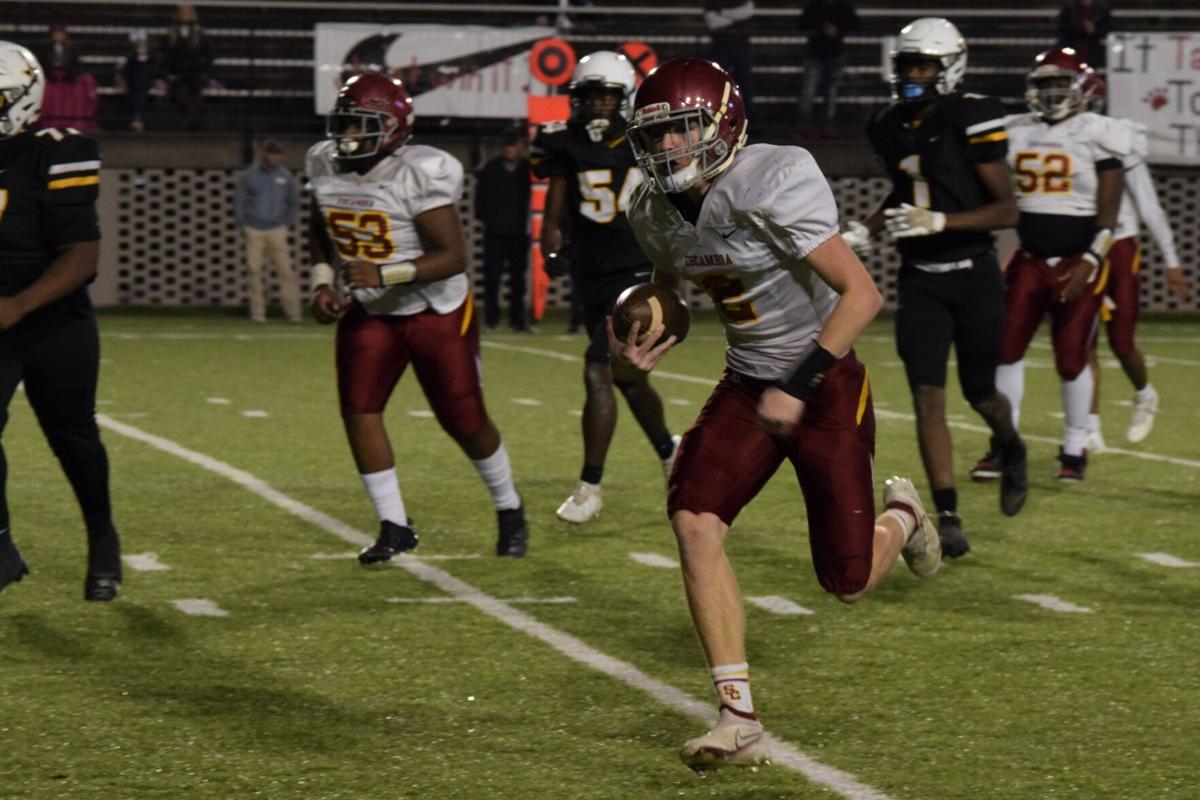 Escambia Academy quarterback Landon Sims runs for a touchdown in the fourth quarter. 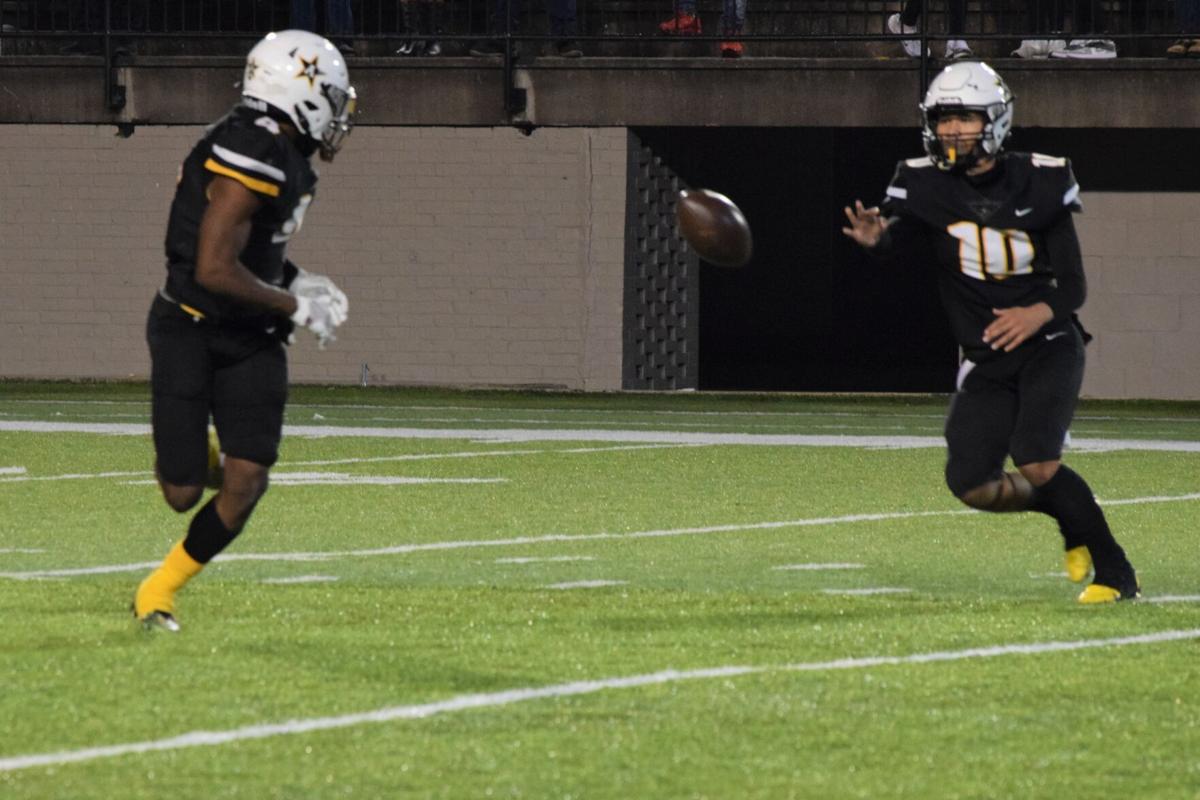 Autauga Academy tailback Karl Ligon takes a pitch from Robert Rose and heads for the goal line in the fourth quarter. 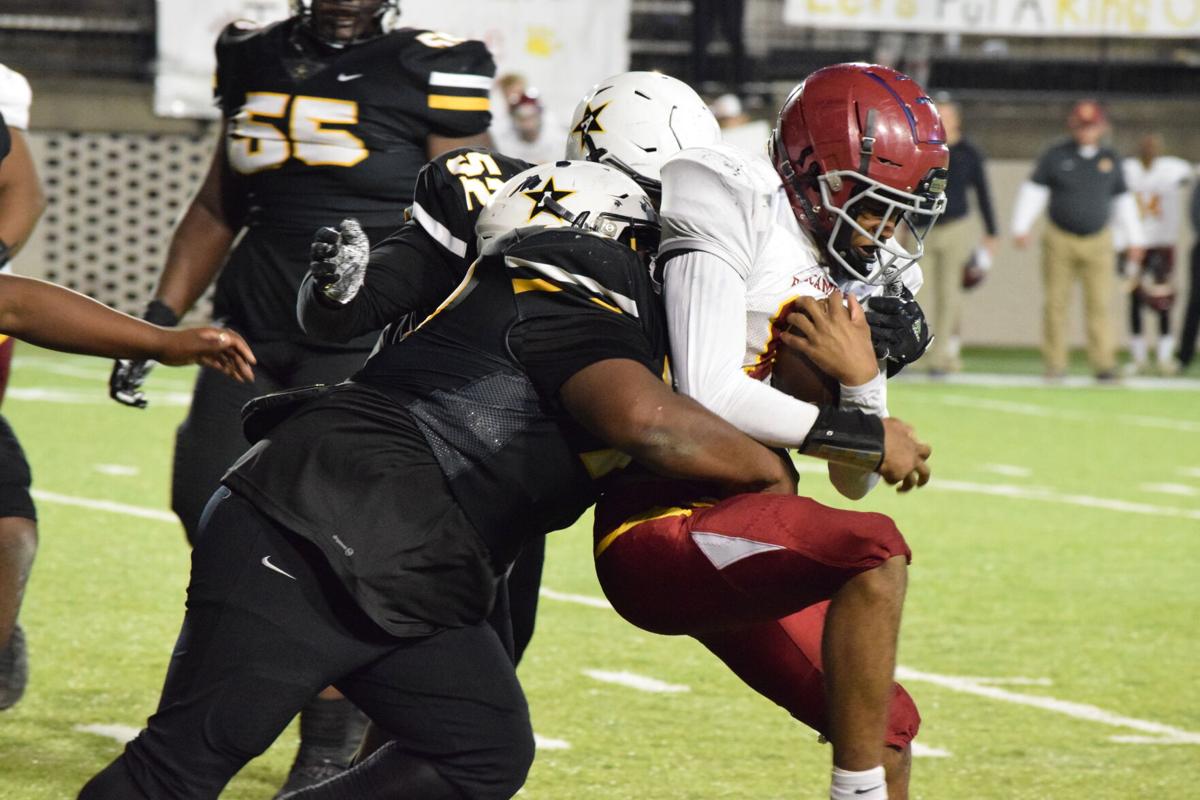 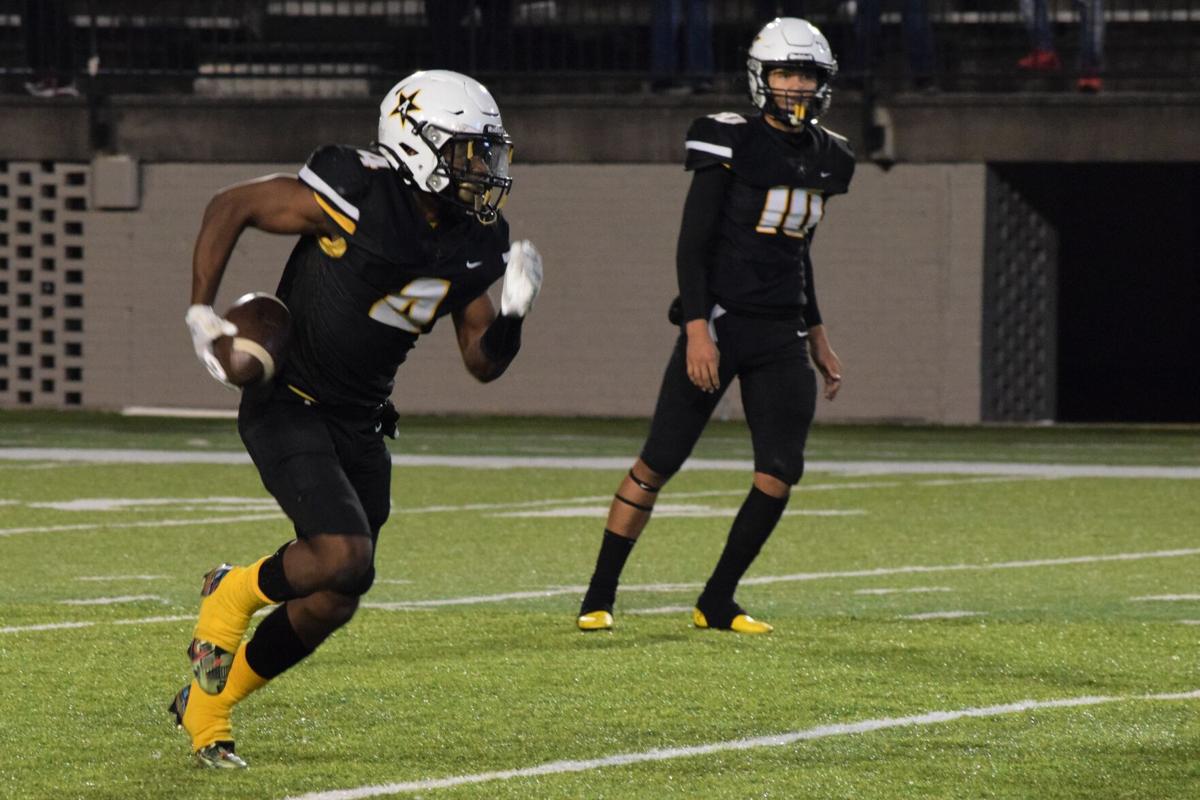 Autauga Academy coach Bobby Carr lifts up the trophy for his players.

Escambia Academy quarterback Landon Sims runs for a touchdown in the fourth quarter.

Autauga Academy tailback Karl Ligon takes a pitch from Robert Rose and heads for the goal line in the fourth quarter.

Autauga Academy and Escambia Academy have met five times in the AISA Class AA finals over the last six years, so both teams are quite familiar with their region rival. The message for the Autauga players was clear entering Friday’s championship bout at Cramton Bowl.

“We definitely had to stay on the gas all game,” Autauga tailback Karl Ligon said, “because we know they’re going to fight back all game, no matter what. And that’s what they were doing tonight, so we definitely knew we had to stay locked in throughout the game.”

Like two heavyweights trading blows, Escambia rallied from a two-touchdown deficit to pull back into the game on two occasions, only to have Autauga deliver the knockout blow in the fourth quarter, pulling away for a 52-35 victory and the Class AA title over the Cougars.

“Both teams made a lot of mistakes and the other team capitalized on the mistakes,” Autauga Academy coach Bobby Carr said. “But I’m proud of our kids. To me, it’s incredible to see a group of guys -- and we talk about family at school but some of these guys have only been together a short period of time -- but it’s amazing to watch these guys accept one another and come together as one. When you can do that and put your own selfish wants and needs aside, great things can happen.”

“I thought once or twice we were getting back in the ballgame,” Escambia Academy coach Hugh Fountain said, “and we just couldn’t complete it. We fought mighty hard all game, but give them credit. I don’t know if we ever stopped them.”

Autauga took a 19-7 lead late in the first half but Ja’Daniel Nettles answered for the Cougars with an 80-yard touchdown run on the next play from scrimmage. The Cougars scored on a 17-yard pass from Landon Sims to Brady Howell on fourth down to make it 26-21, only to have Autauga answer later in the quarter on a 35-yard pass from Robert Rose to Jaylen Anderson on fourth down.

Autauga stopped Escambia on its next possession and scored again on a 23-yard Rose pass to Anden Hilyer for an 18-point lead and countered two touchdowns by the Cougars with quick scoring strikes of their own.

“It was just a back-and-forth game,” Rose said. “We eventually pulled away at the end.”

Rose completed 11 of 23 passes for 260 yards and four touchdowns, giving him 2,453 passing yards and 37 touchdowns this season along with the only interception he threw all season on Friday. Two of his touchdowns were to Josh Palmer, who had four receptions for 127 yards and a pair of touchdowns, all in the first half.

“I think Josh showed everybody why he’s a definite Division I prospect,” Carr said. “He’s some kind of special player. And I can’t say enough about Rob Rose, the way he led this team all year. He finally threw his first interception in this game. He’s done a phenomenal job of leading this team and getting the ball in the playmakers’ hands and letting them make plays.”

Rose added a 39-yard touchdown run down the sideline in the final minutes.

“No stepping out of bounds,” Rose said. “This is my last high school game. I’m going to give it everything I’ve got.”

Both teams were similar in their approach. Sims threw for 216 yards and three touchdowns, while Nettles had 125 yards on 15 carries.

“We made a lot of mistakes and errors,” Fountain said. “Even though we threw the ball well, we knew we were going to have to run the ball to win the football game. And we didn’t start out particularly well at first.”

Autauga knew it would need to run the ball as well and turned to Ligon, the G.W. Carver transfer who had 162 yards and three touchdowns in a season-high 28 carries.

Ligon finished his lone season at Autauga with 1,644 yards and 23 touchdowns on 159 carries.

“Everybody came from different spots but all came together as one,” Ligon said. “Being able to put all our talents together to be able to get to the big goal is a special thing.”

It was Autauga’s seventh state championship and the Generals’ third title in the last four years, but Friday’s trophy might have meant a little more after last year’s 2-7 season.

“It means a lot,” Rose said, “coming from Wetumpka, being good, then they started going away from that, and coming to a losing program last year and turning it around and winning the state championship the next year.”