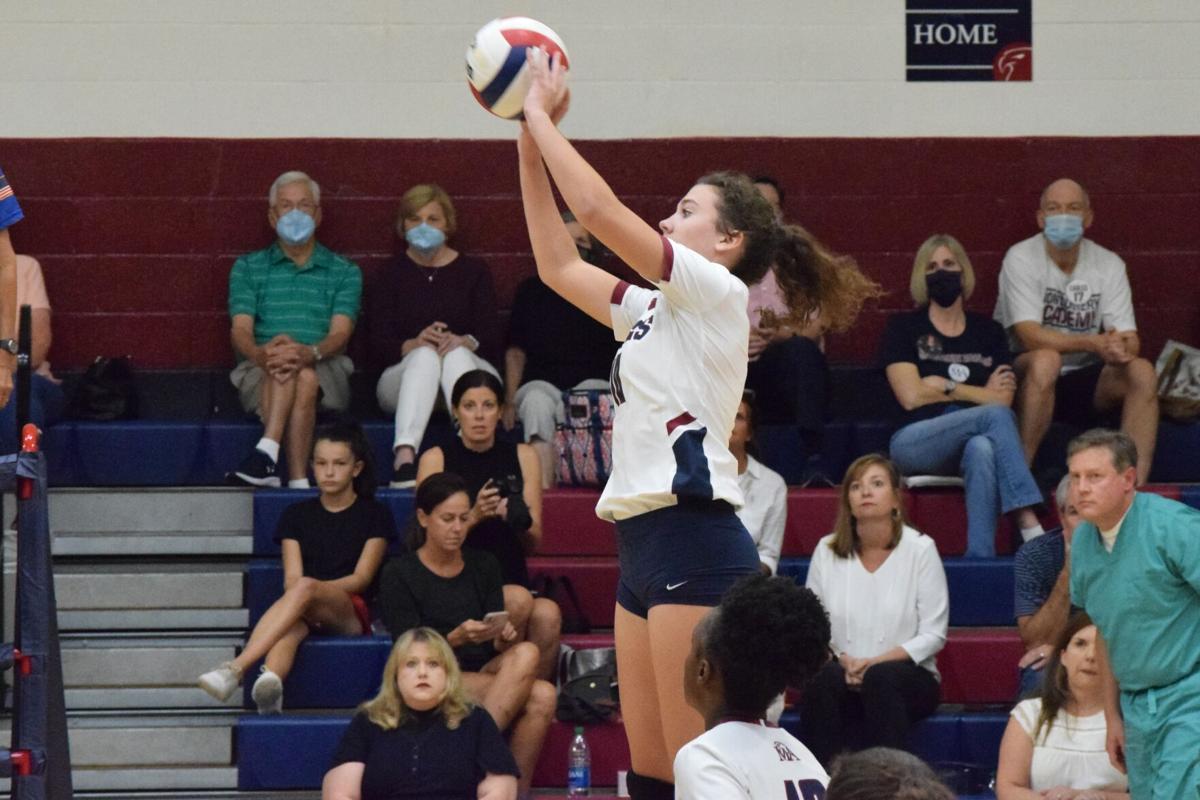 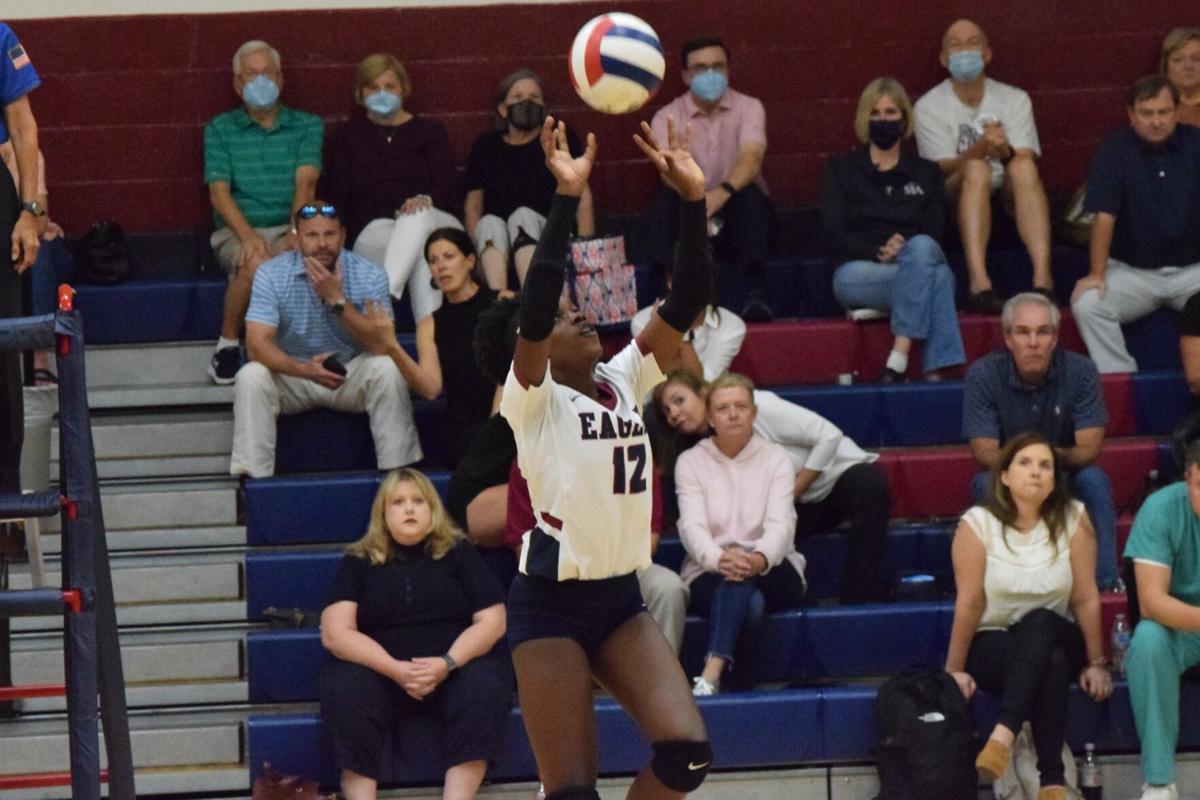 Tournament Most Valuable Player Addi Vinson sets up a teammate for the kill. 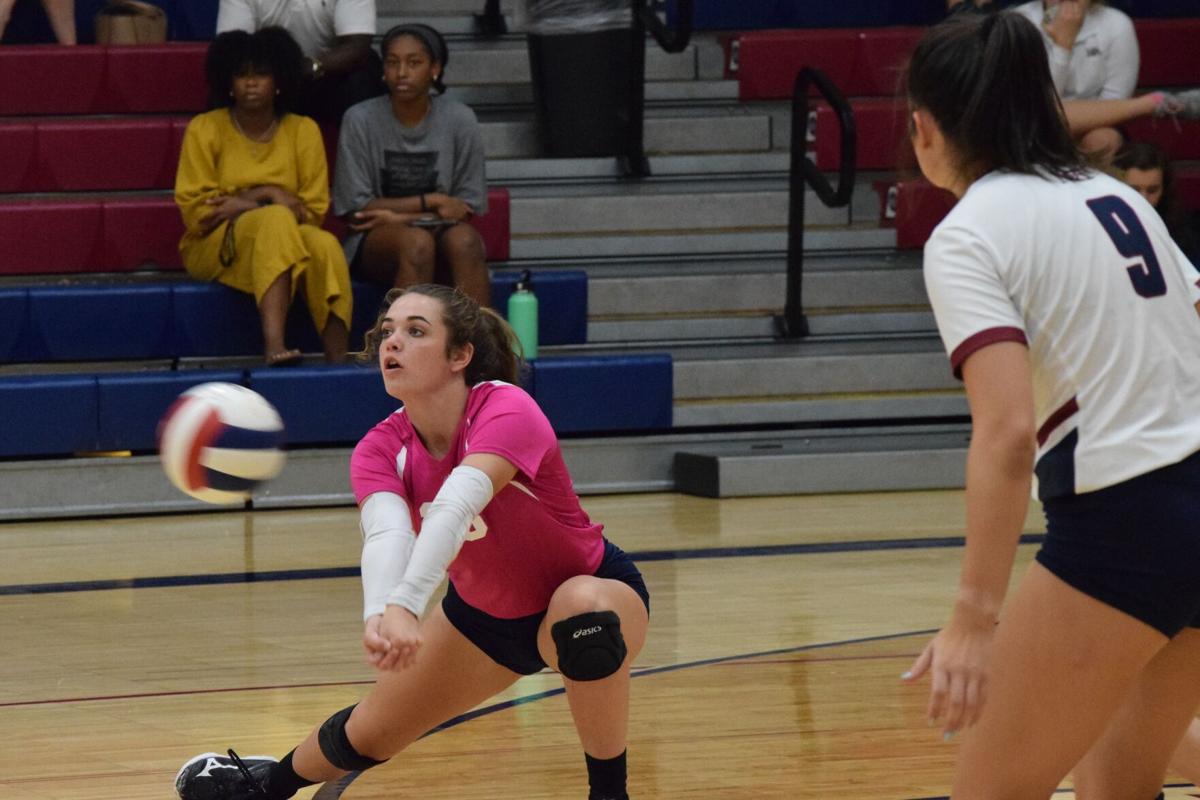 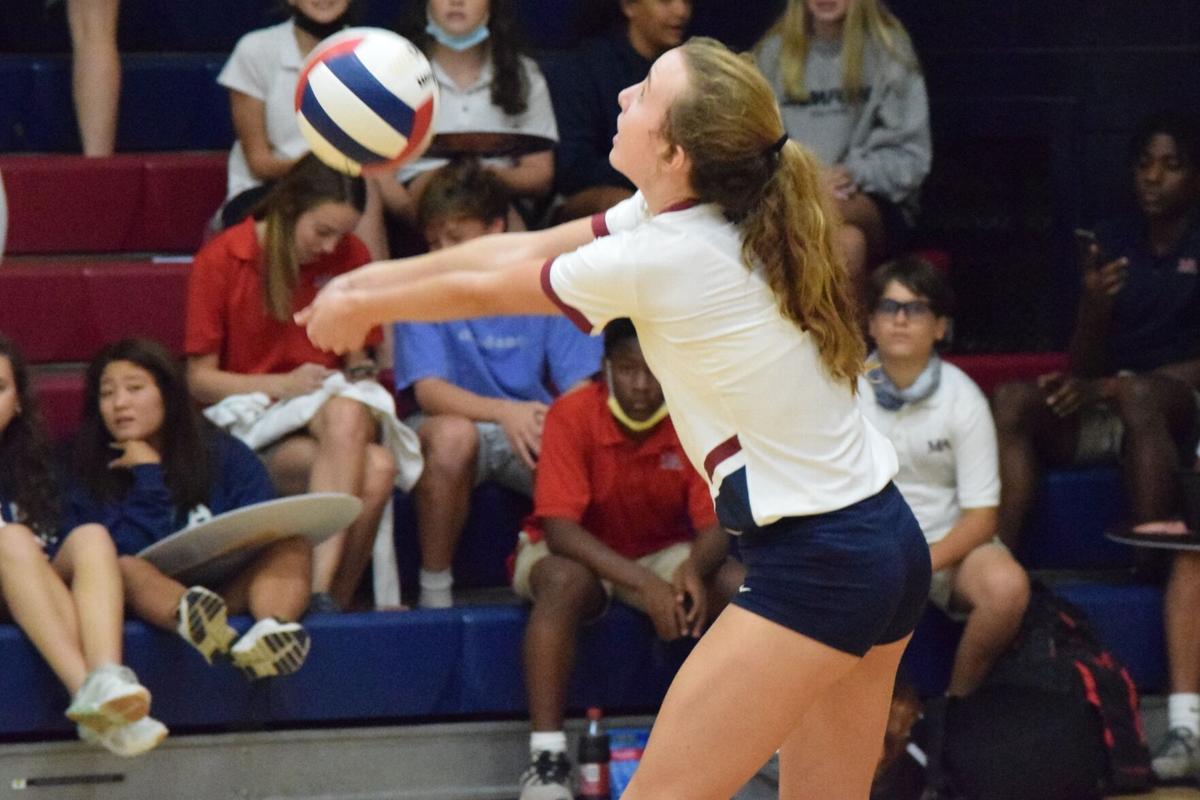 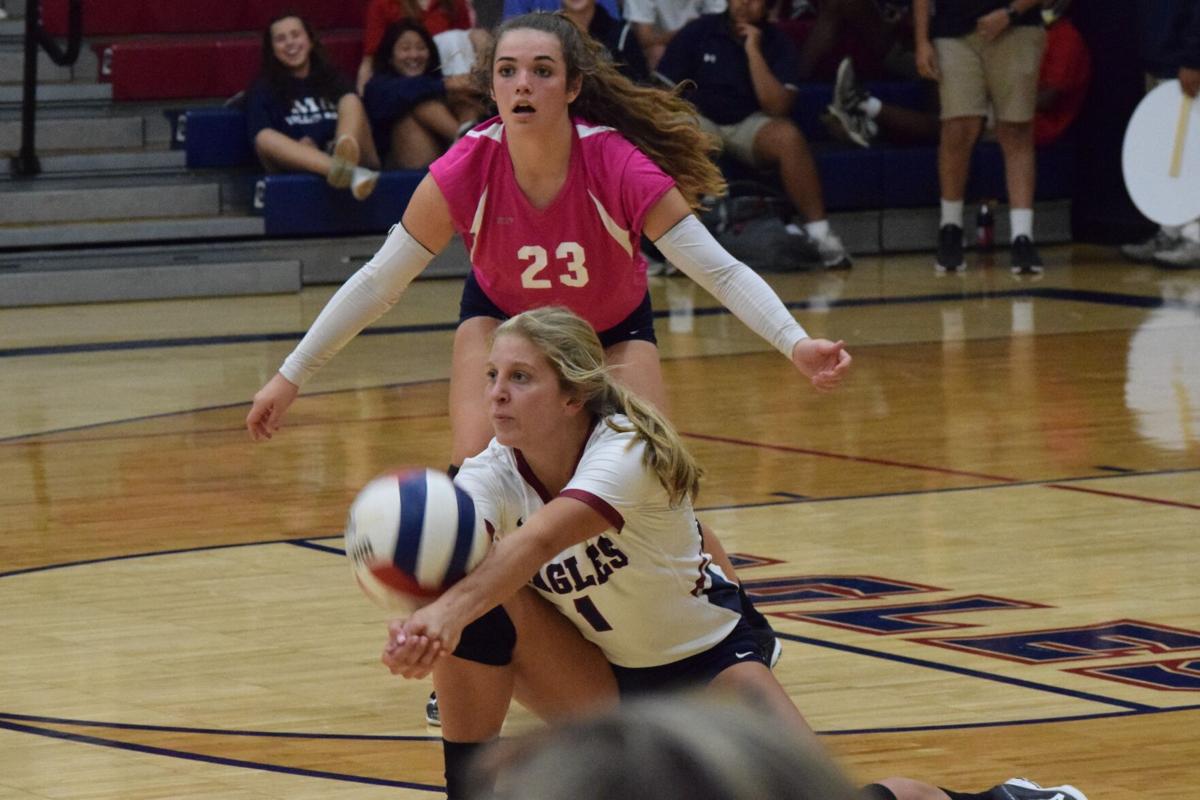 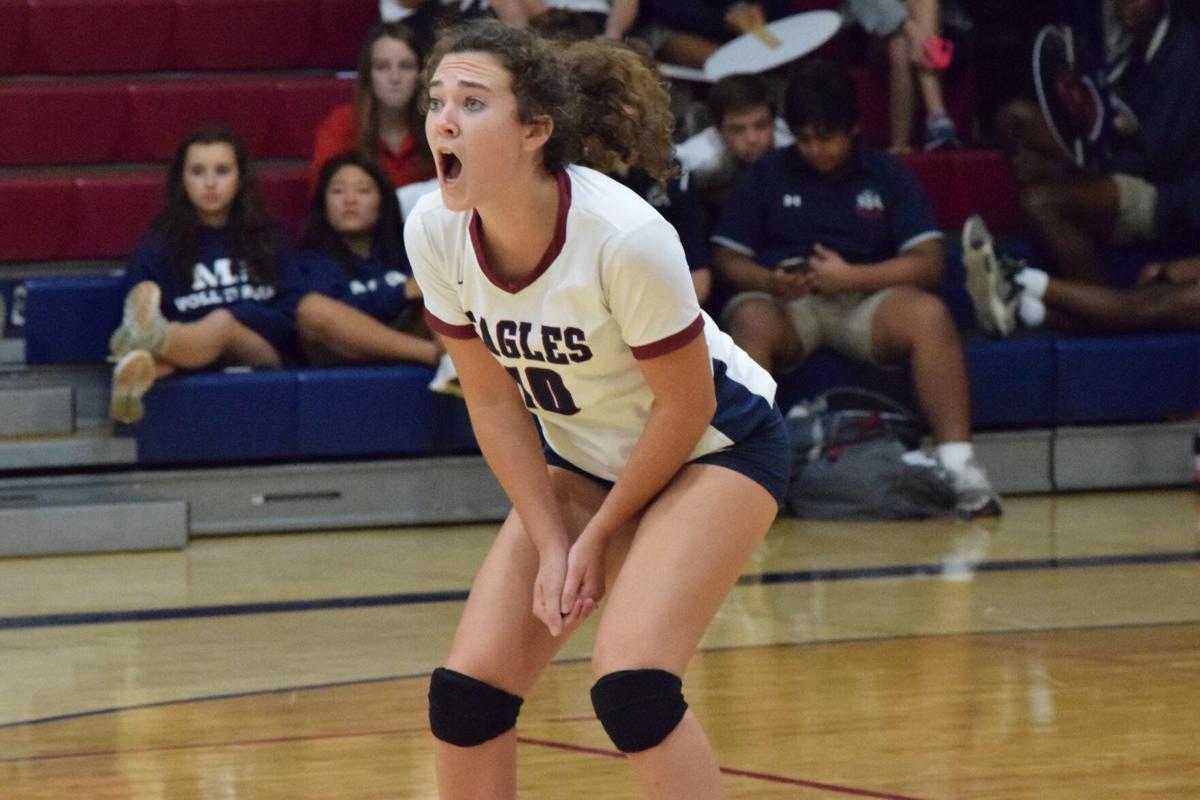 Montgomery Academy's Virginia Meacham reacts to a call that went against the Eagles. 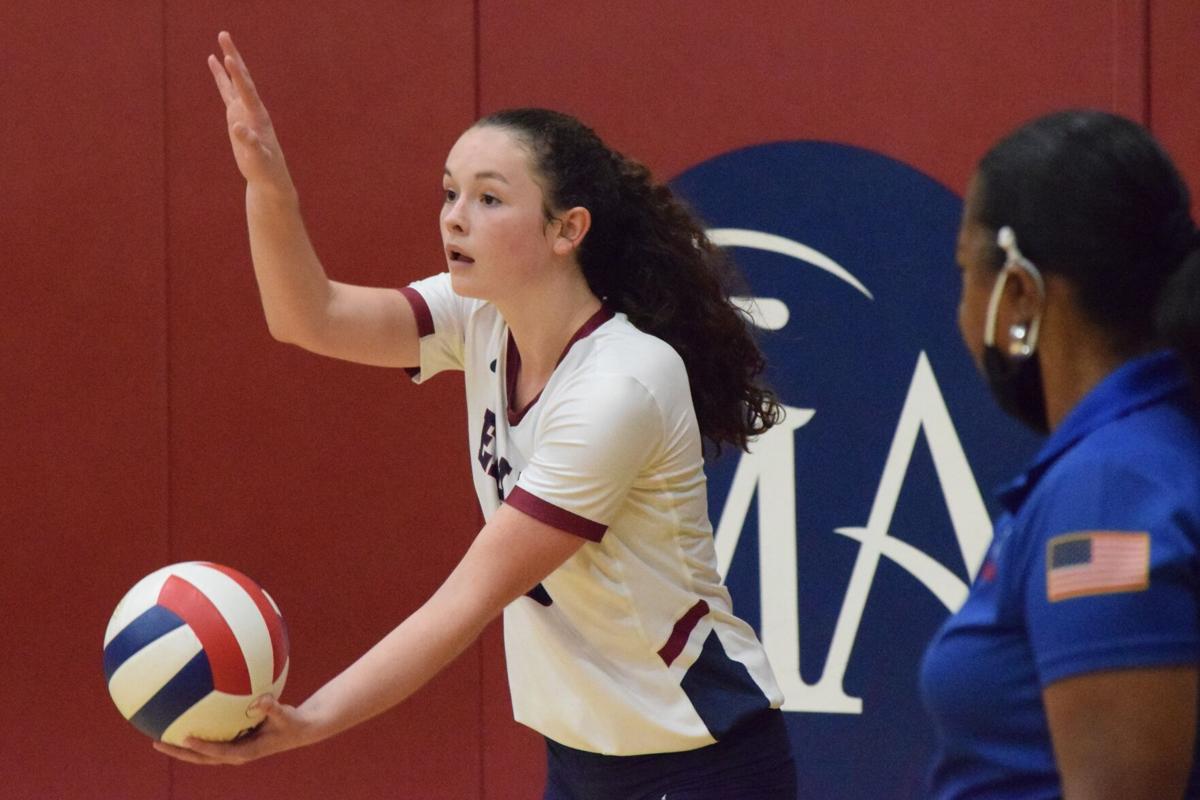 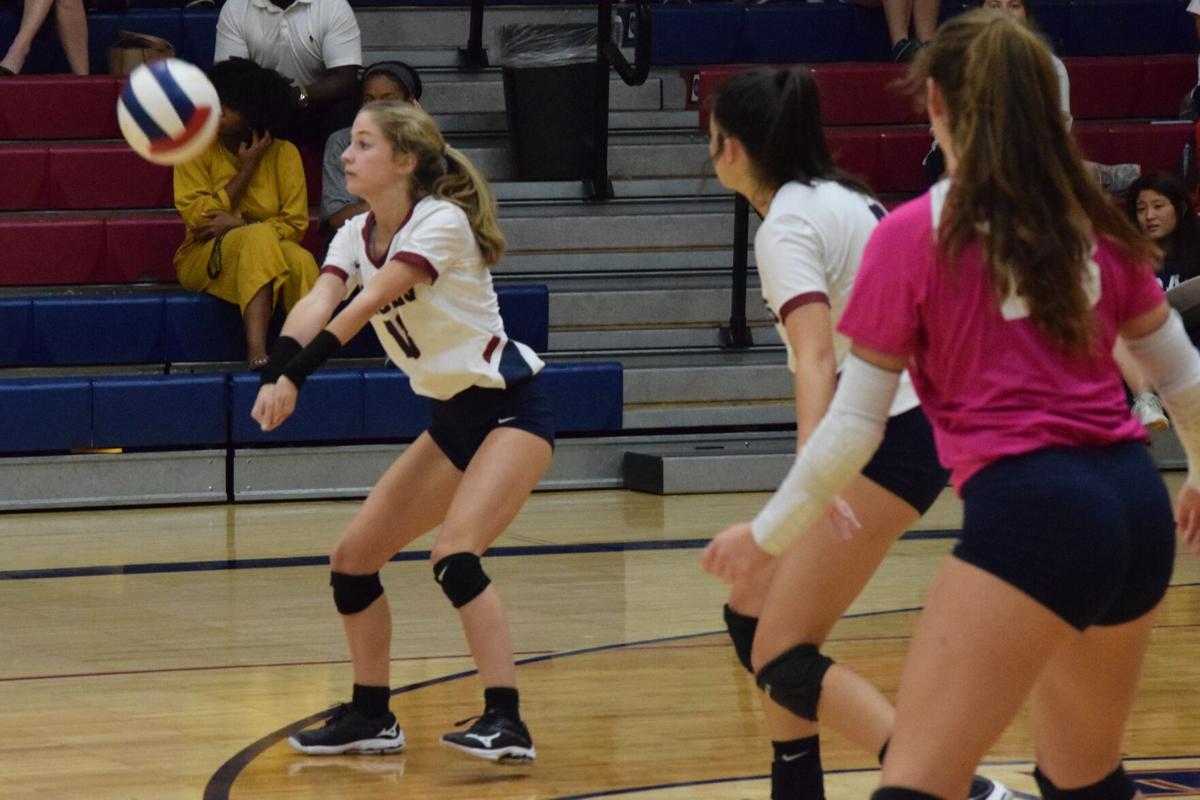 Tournament Most Valuable Player Addi Vinson sets up a teammate for the kill.

Montgomery Academy's Virginia Meacham reacts to a call that went against the Eagles.

This year, the Eagles look a little different when they take the floor.

“Throughout this whole season, we’ve had to figure out what works for us,” Meacham said. “It was hard coming in here and looking around like, ‘Where are the seniors? Oh wait, that’s us.’ Then you look at the freshmen and none of us think of them as freshmen. It doesn’t matter what grade you’re in, if you can play volleyball, you can play volleyball.”

These freshmen aren’t ordinary players, however. Caroline McDaniel, Addi Vinson and Elle McBride are among the most talented players on either side of the court.

“Once we started playing, you could tell they could do it,” Meacham said. “Once they’re seniors, they’ll be better than any of us.”

“We had to completely ignore titles,” Anzalone added. “We had to learn to just be happy for each other. We’ve both grown really good relationships with the freshmen. We made sure we grew those relationships so they wouldn’t feel intimidated by us and would feel more confident to play with us.”

The more things change, the more they stay the same. A different Montgomery Academy team followed the same script, winning an area tournament for the 37th consecutive year as the Eagles swept a talented LAMP team in impressive fashion, 25-20, 25-13 and 25-16 at Joe Mooty Court on Thursday.

“It’s rewarding, no matter what,” Meacham said. “Any time you win, it always feels good. Especially this year. We knew it was going to be tougher.”

Vinson was the tournament’s most valuable player. Joining her on the all-tournament team were McBride and Avery Arden Pemberton, LAMP’s Olivia Hughes and Grace Hoffman and Alabama Christian’s Claire Forrester.

“This team is just amazing,” Montgomery Academy coach Julie Gordon said. “Everybody’s bought in. It’s a new commitment and it showed. LAMP is a great team. They have a lot of talent. We’ll see them again, probably in the regional finals. They’re all great players, but I feel like we’re playing well right now.”

It didn’t start out that way. Like any tradition-rich program, talented players were waiting in line to fill the roles of 2020 seniors, only to have three freshmen steal the spotlight.

“I’ve gone through so many lineups,” Gordon said. “People that I never expected got better. I’ve told them from day one I was going to put the best people on the floor. Some people aren’t happy but I’ve put the best product on the floor. It’s hard to make everybody happy. I hate it, it hurts my heart, too.”

As she put deserving players on the bench in an effort to find the right chemistry, the Eagles became a target for teams that have been on the losing end of matches over the years.

“Having that target on our back was a little scary at first,” Anzalone said. “But we started playing and you realize it’s good to have that target on your back. People want to beat you and that’ll make us play even harder to show what we really have.”

The schedule never changed, even though Gordon knew this year’s team would be a rebuilding effort.

“If we had all returners, it would’ve been tough for them,” Gordon said. “That’s why we’ve gotten so good in these last two weeks, for the tournaments we’ve been going to. The losses have made us better and we’ve grown closer as a team and started winning some of those games.”

As Gordon pointed out, the lineups have changed throughout the season, but even those that aren’t starting see the floor for valuable minutes in each game.

“The lineup we have now, people weren’t in the starting lineup at the beginning of the season,” Anzalone said. “People want to be on the court and they show that in practice and they show that if they’re on the bench, they cheer really loud, they do the best they can just to be a part of the team.”

Over the last three weeks, the Eagles played in the Heffstrong Tournament at Spain Park and in a tournament at Homewood, facing some of the state’s best volleyball programs. There’s a match where MA lost to Spain Park 35-33 in the second set and came back in the next match and defeated Mountain Brook. There’s another where they defeated one of the state’s top 5A teams, Alexandria.

“They just needed to see the inner strength they had,” Gordon said. “It made them play with more confidence.”

Montgomery Academy (22-15) is playing its best volleyball at the right time of the year, but is that enough? The previous three years, it was.

The Eagles play Indian Springs in the opening round of the South Super Regional on Thursday at 10:15 a.m. If they win that match and defeat the Jackson-Munford winner in a second-round match at 3:30 p.m., they’ll be back in the state tournament for the fifth consecutive year.

“We have the same skill set as everyone else,” Meacham said. “Underestimate us all you want, but we’re still going to be able to do what we can do.”