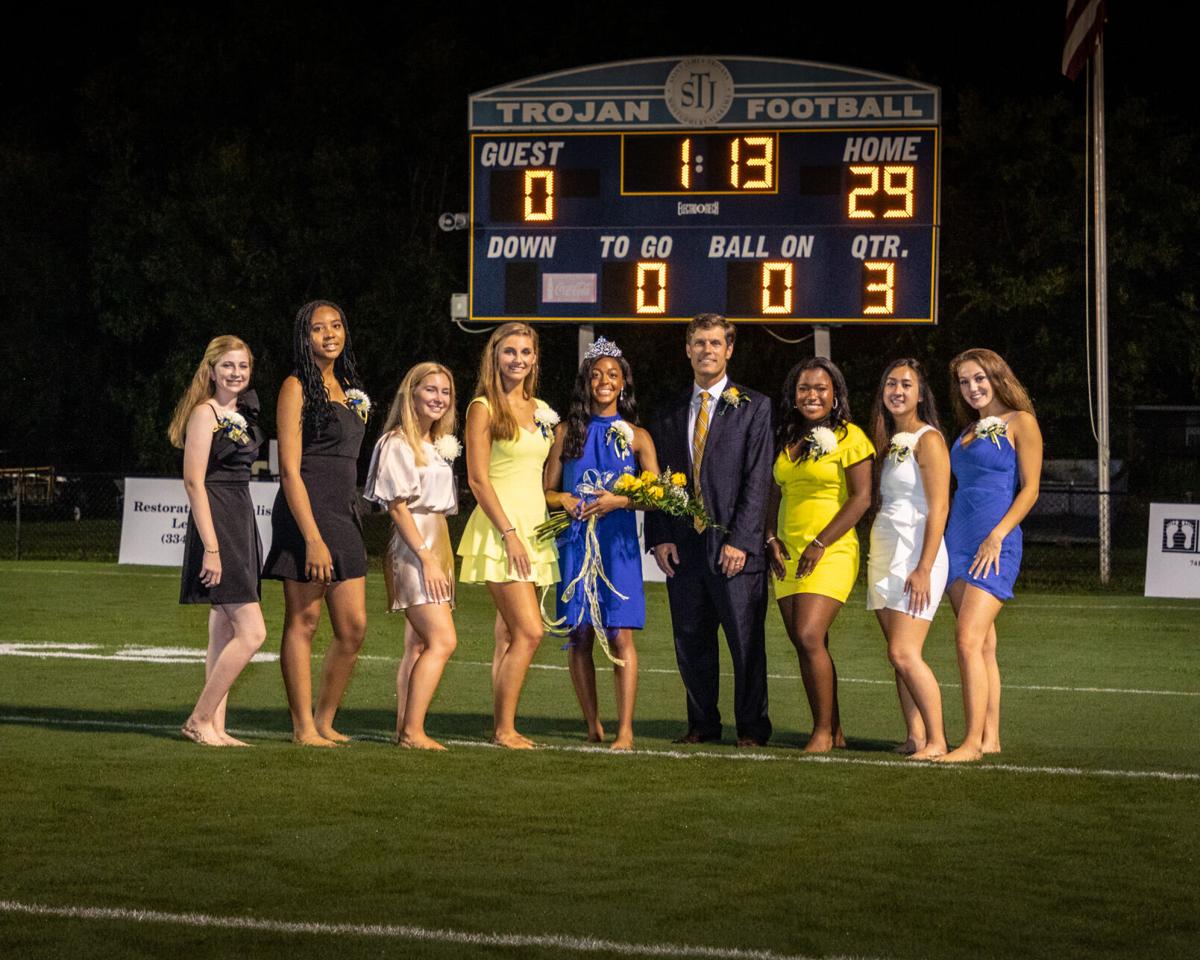 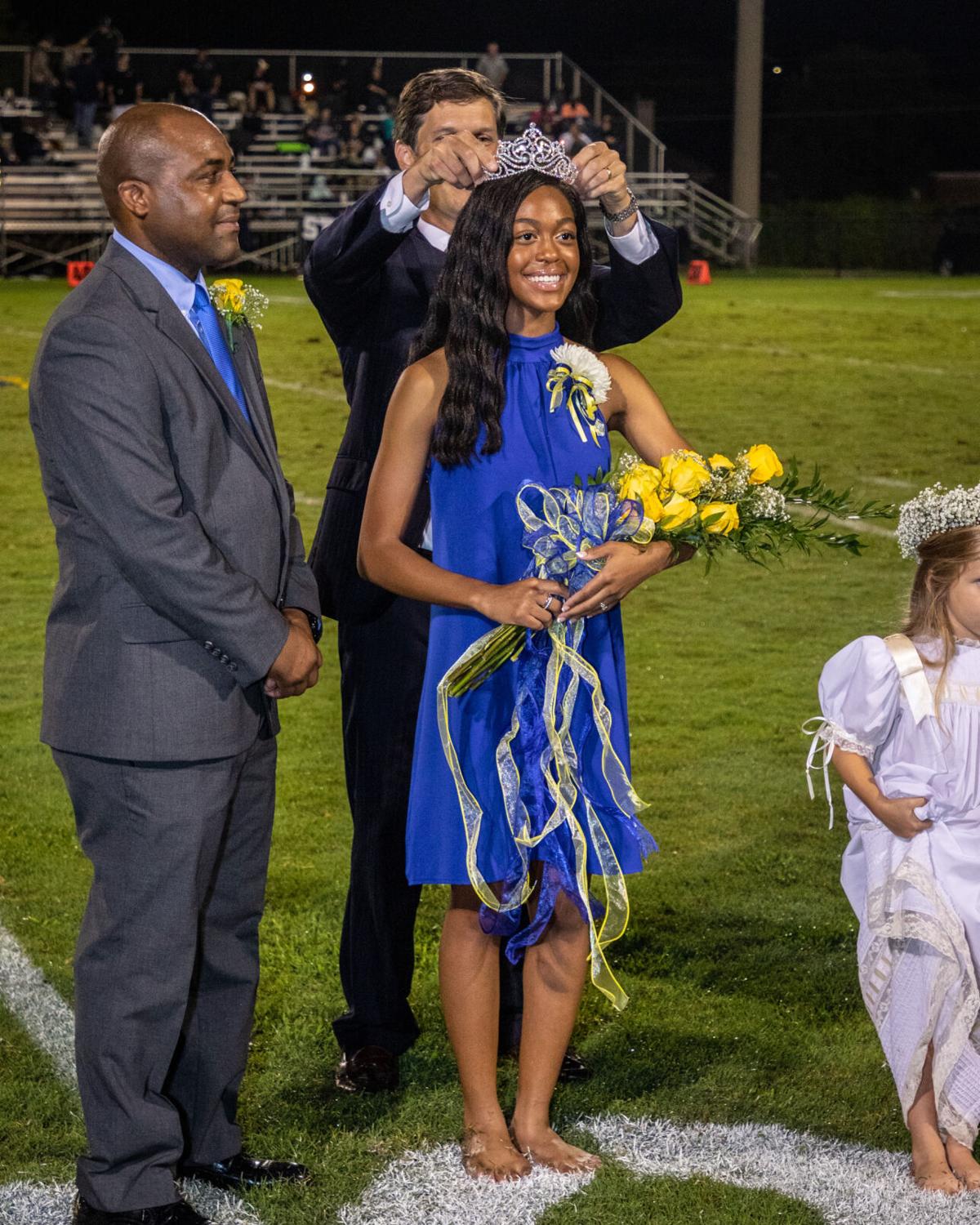 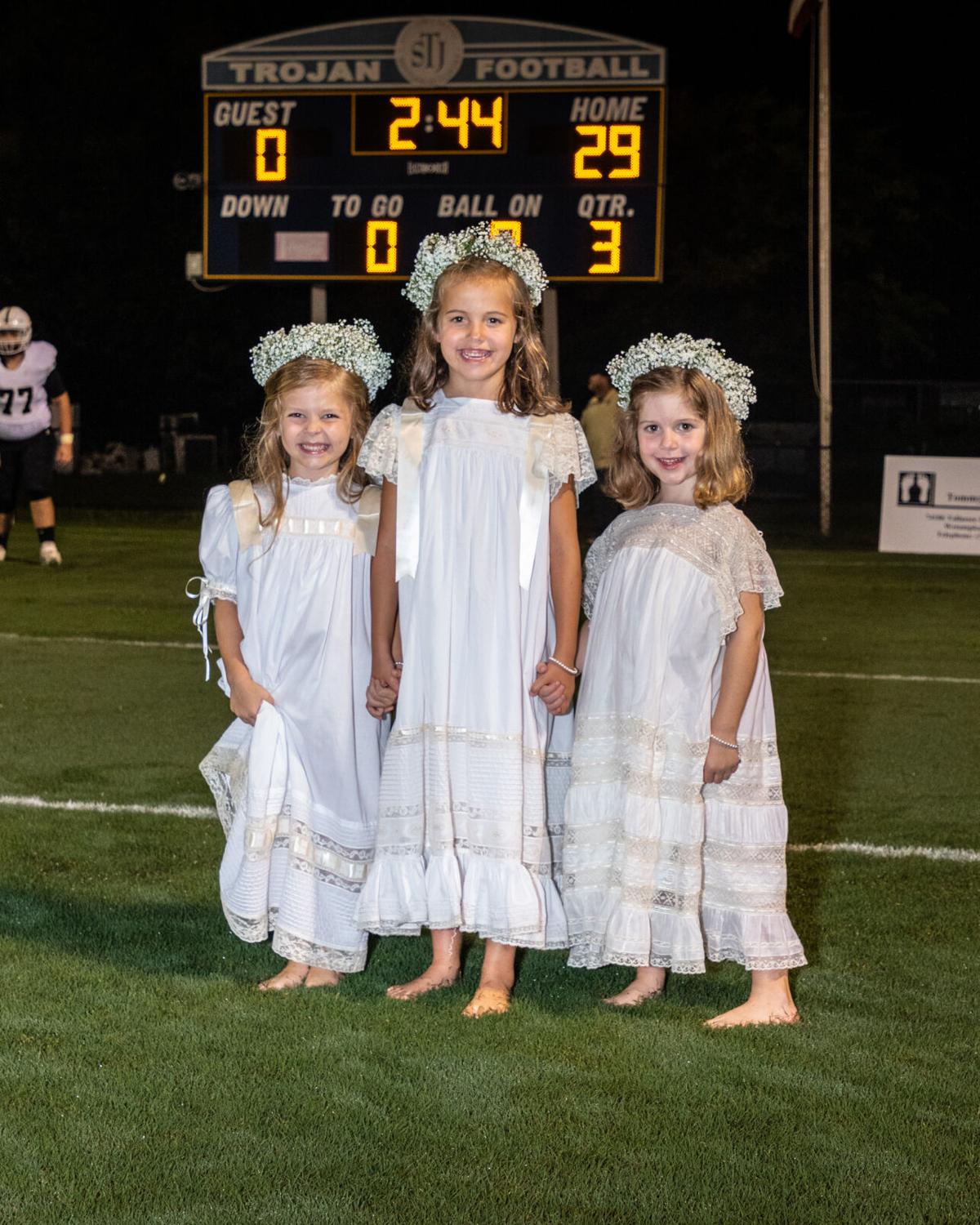 After a school-wide homecoming parade, the queen was announced during the afternoon pep rally. Queen Kendall and her court were presented during halftime ceremonies at the homecoming football game that evening. Saint James Board of Trustees Chair, Lt. Col. Dex McCain, Retired, presented Queen Kendall with a silver bowl per school tradition, and Head of School, Dr. Larry McLemore, crowned the 2021 Queen with the assistance of the three crown bearers. The Trojans won the night’s game against the Tigers, 43-6.