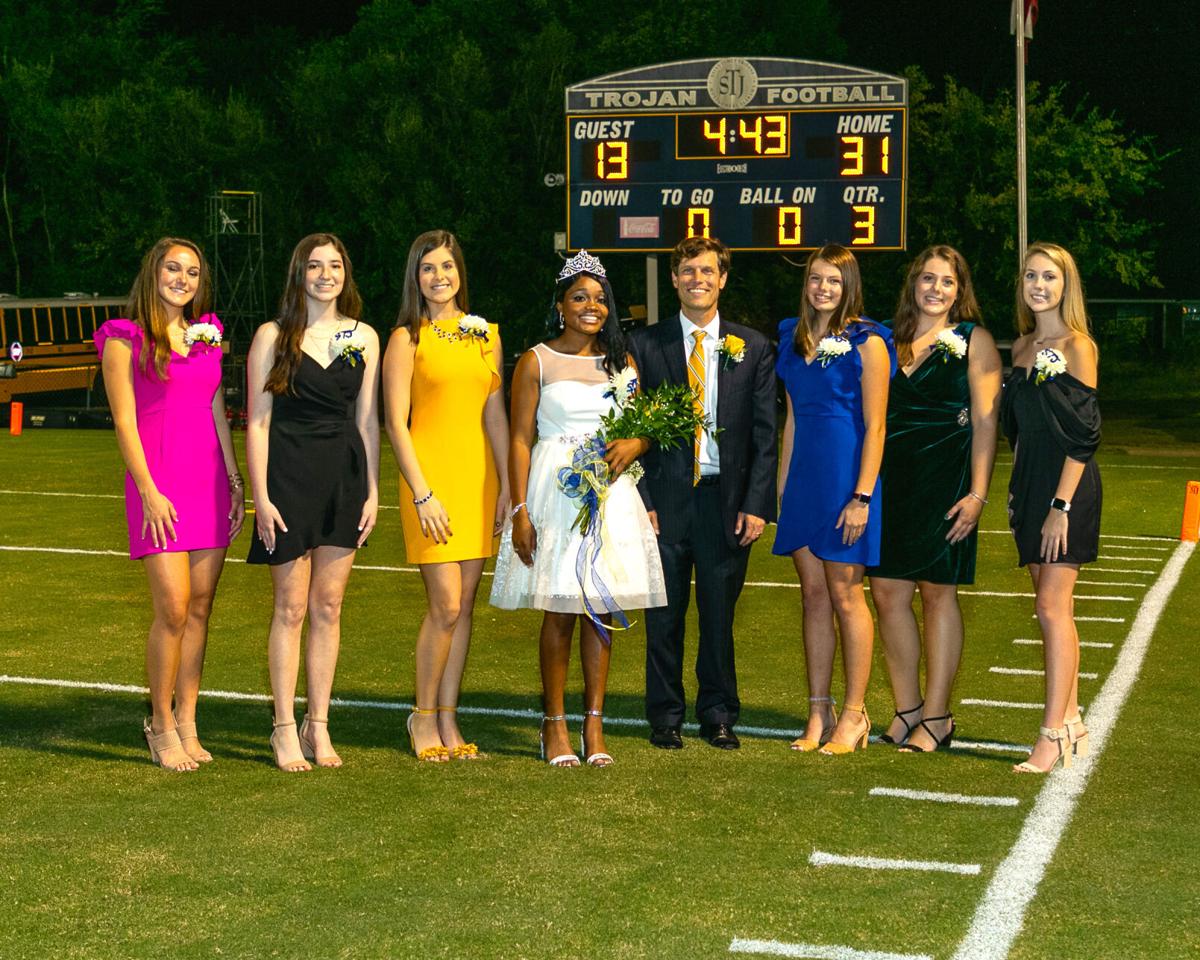 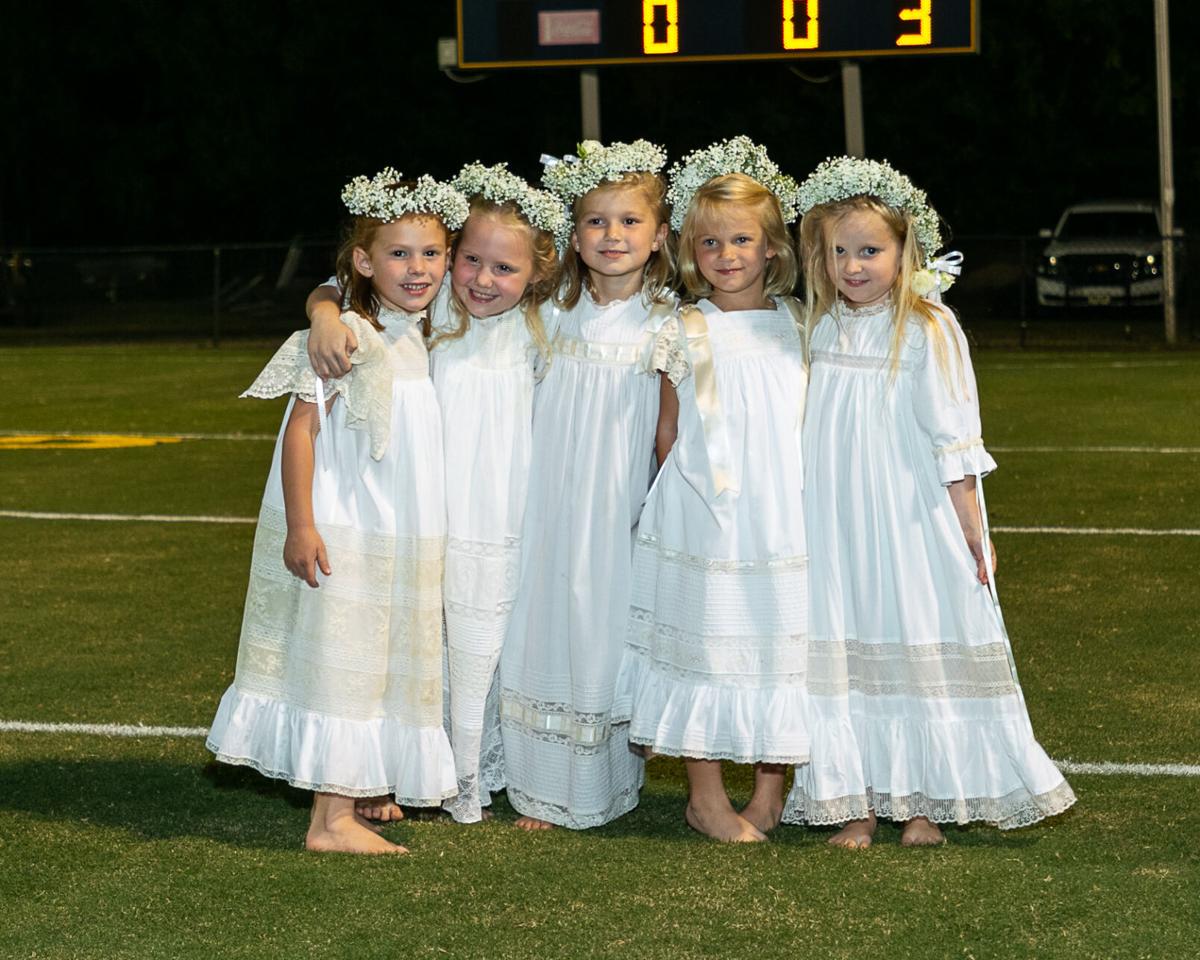 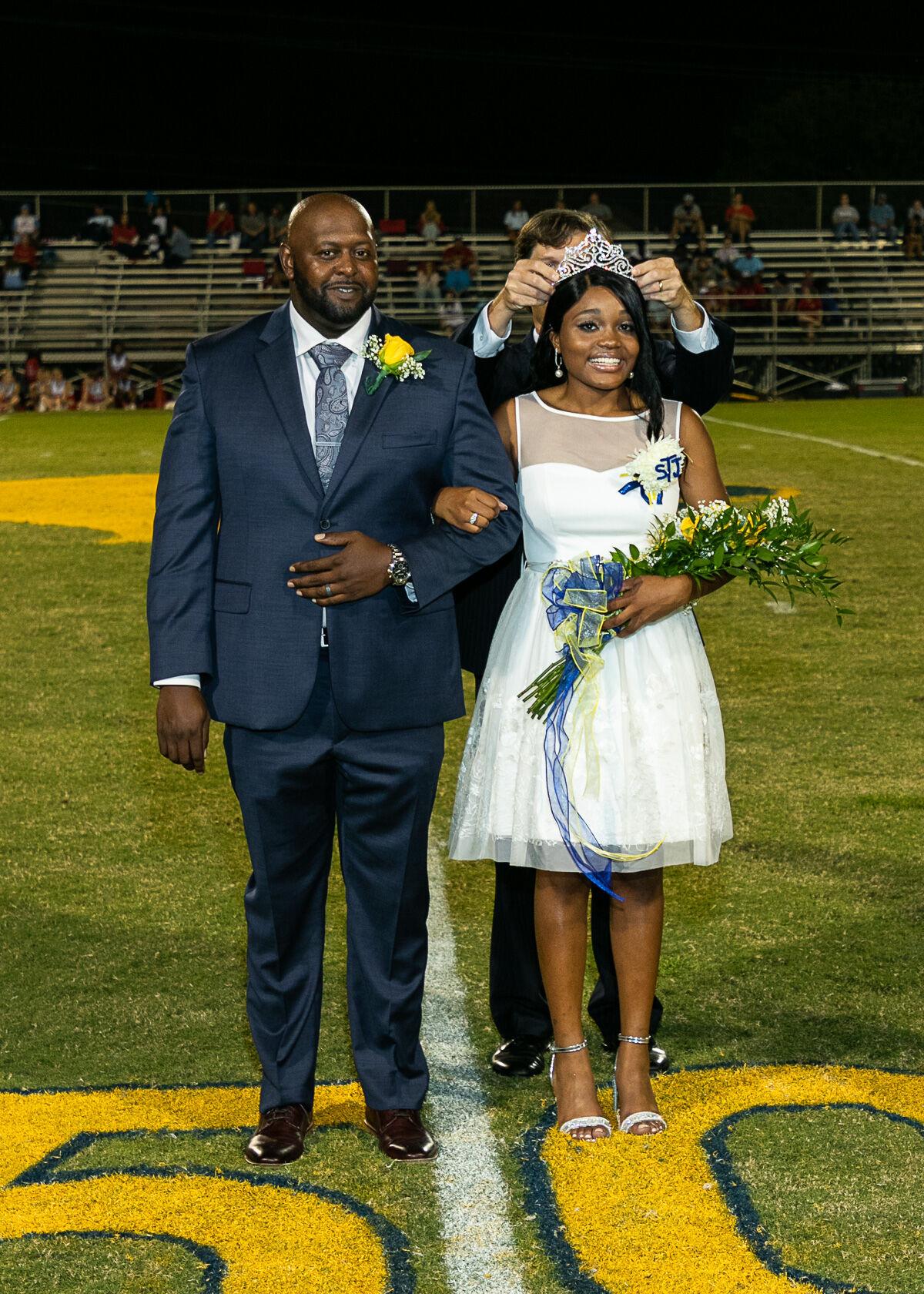 After a school-wide homecoming parade, the queen was announced during the morning pep rally; Queen Tamya and her court were presented during halftime ceremonies at the homecoming football game that evening. Saint James Board of Trustees Chair, Lt. Col. Dex McCain, Retired, presented Queen Tamya with a silver bowl per school tradition, and Head of School, Dr. Larry McLemore, crowned the 2020 Queen with the assistance of the five crown bearers. The Trojans won the night’s game against the Warriors, 52-26.

Queen Tamya stated that she is so honored to have been chosen by the student body as their 2020 Homecoming Queen. When asked to elaborate on the importance of this event to her, she responded,

“A Saint James Trojan exemplifies friendship, integrity, and leadership. Being Saint James’s 2020 Homecoming Queen is not only an accomplishment, but an honor. This title exceeds well beyond a crown, but a showmanship of character. Becoming the first African American queen at Saint James is a part of history, and I am grateful that I have the opportunity to break barriers that have yet to be broken until now. I have always been reminded that ‘The road only goes up from here’. As Homecoming Queen, I hope to make an impact on someone’s life and remind them that anything is possible. Saint James, I am honored to be your Homecoming Queen, and I hope to be a light that helps this wonderful school shine even more.”