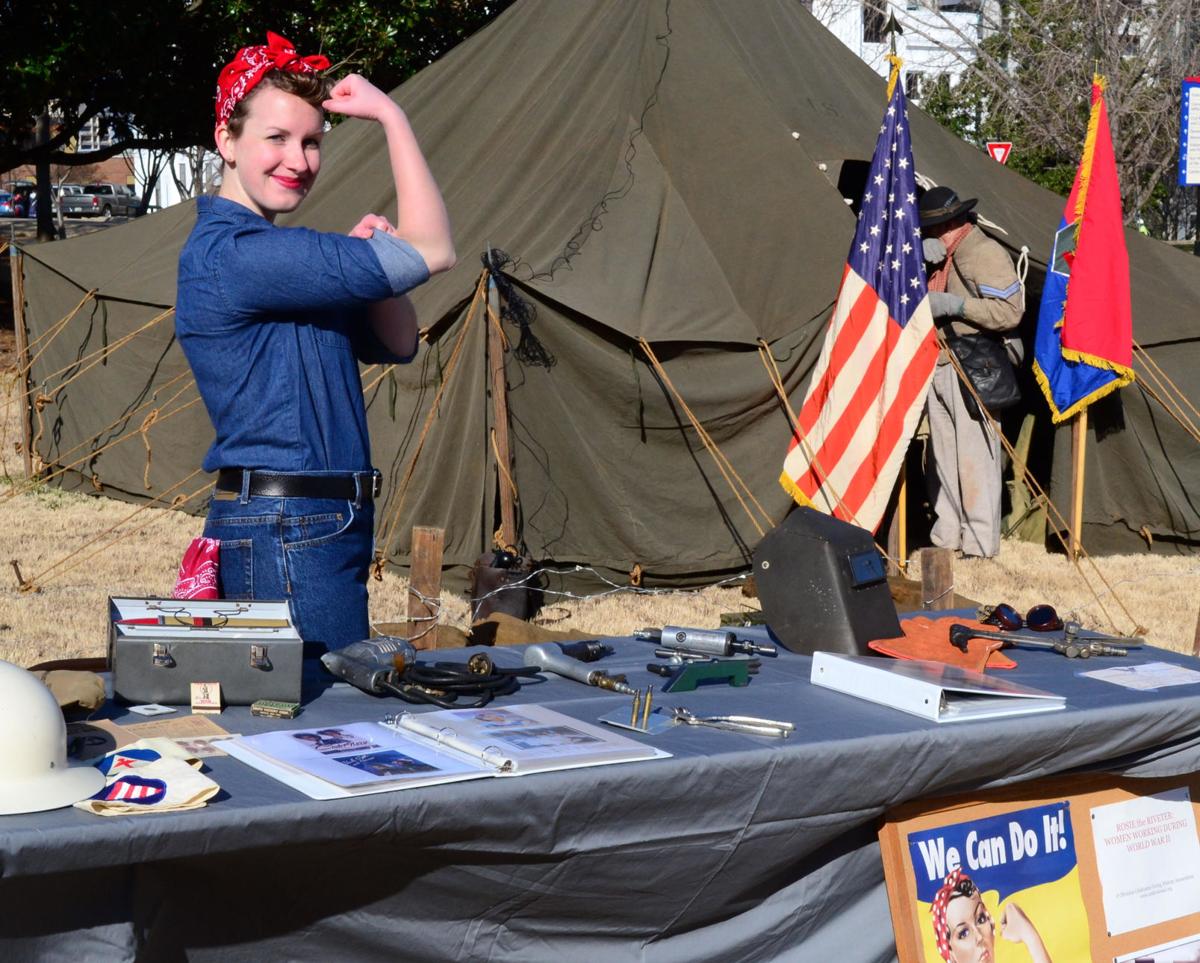 Rosie the Riveter and others like her played a pivotal role during war time. 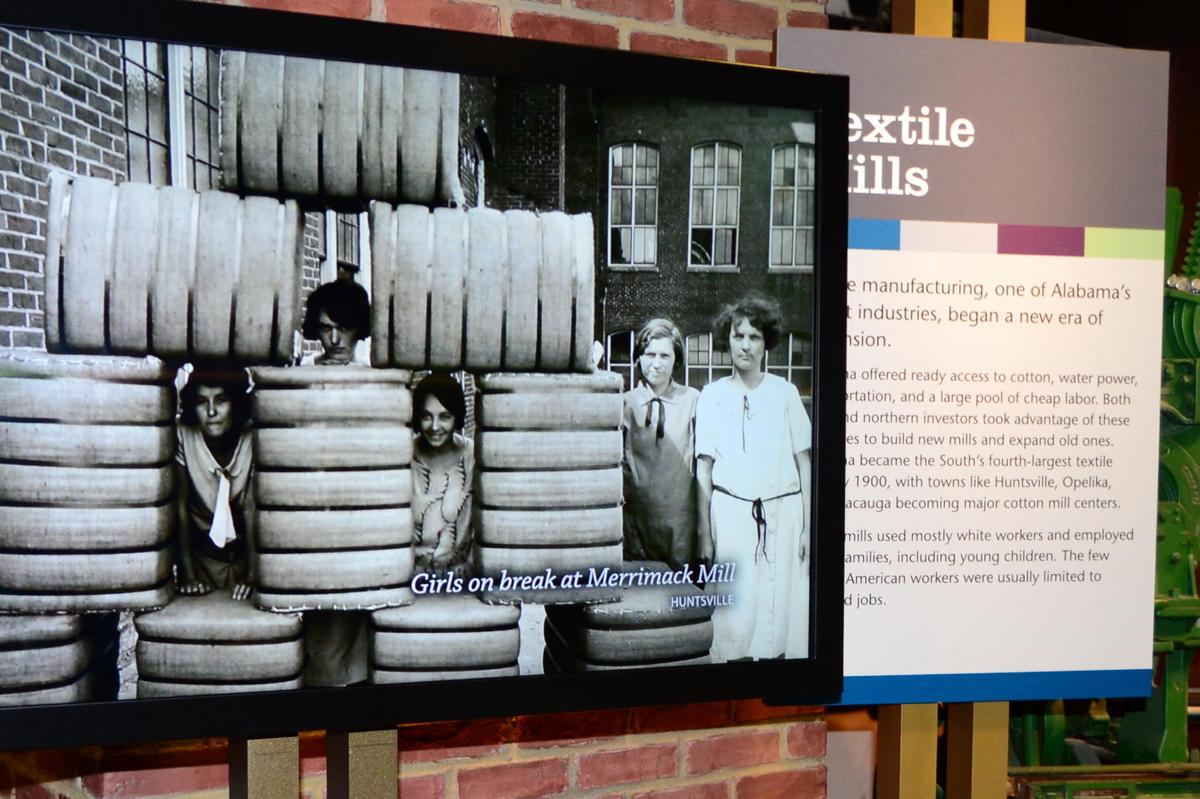 The young lady workers take a break at the Merrimack Textile Mill in Huntsville (1900). 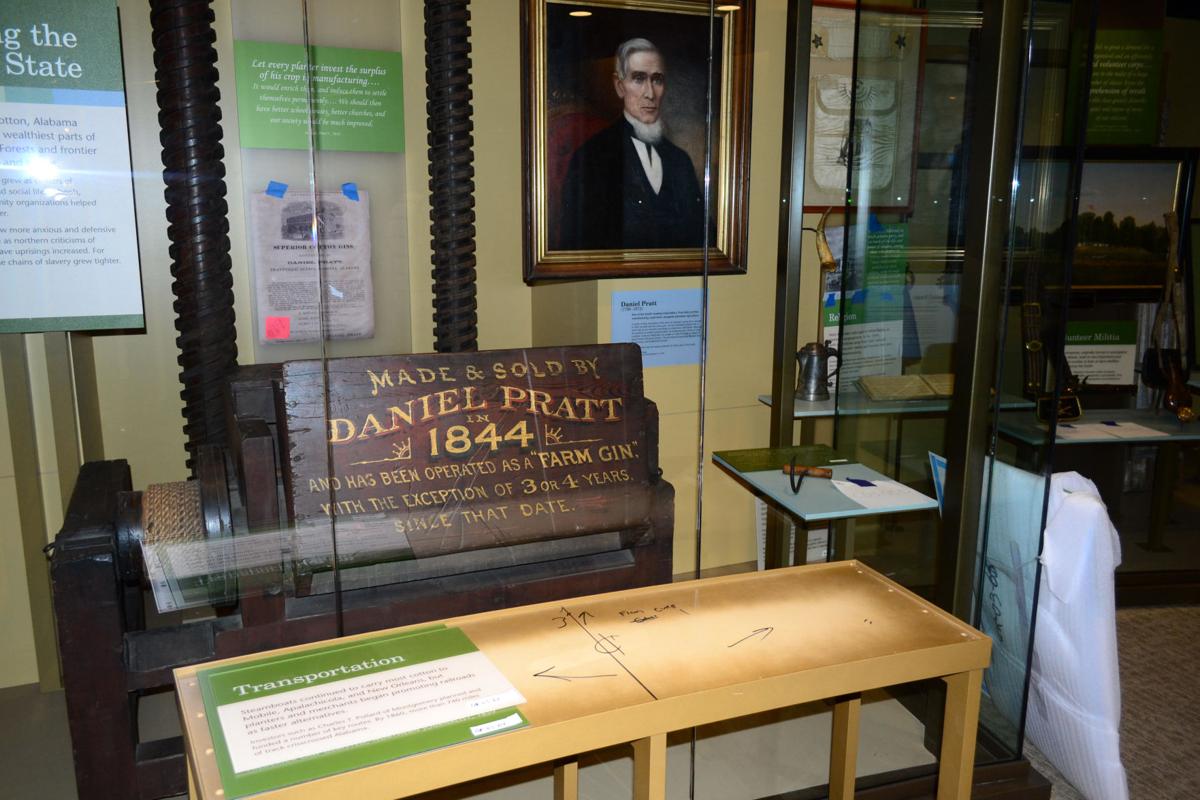 Daniel Pratt's farm gin grew from the rise of the cotton economy. 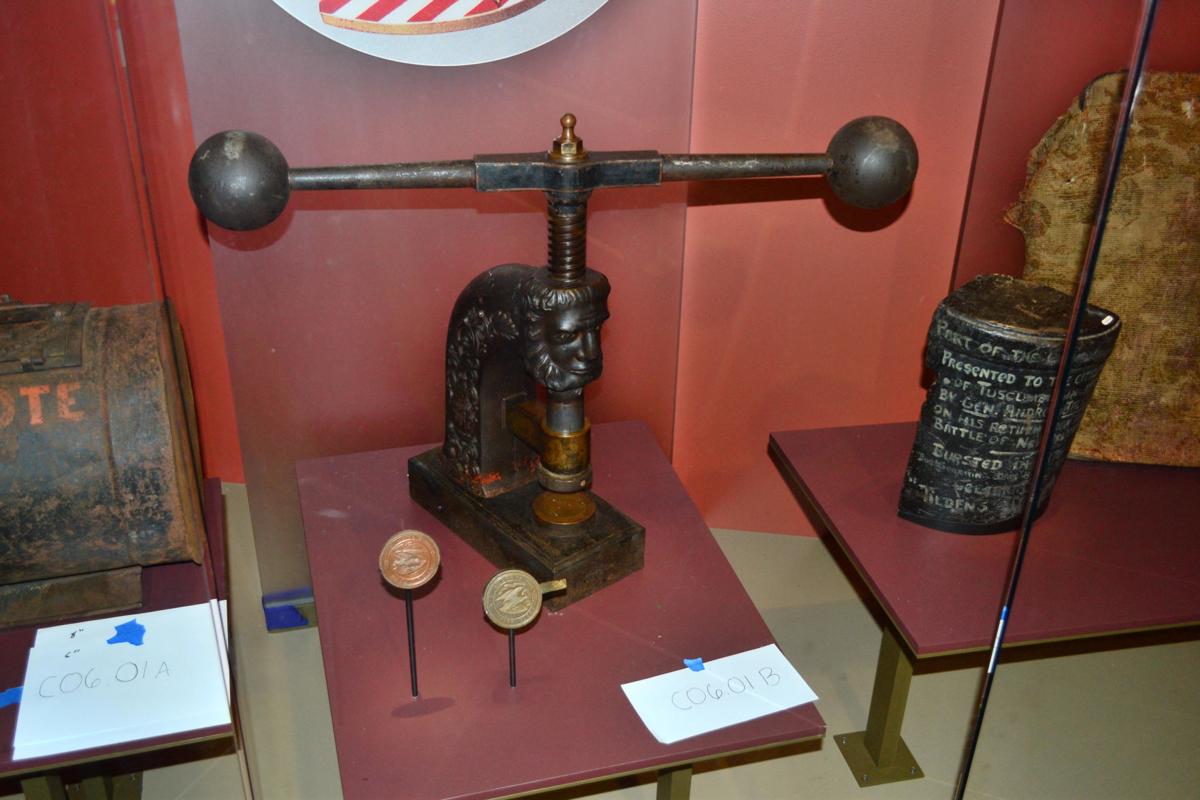 The iron hand press was used to affix the Great Seal of Alabama.

Rosie the Riveter and others like her played a pivotal role during war time.

The young lady workers take a break at the Merrimack Textile Mill in Huntsville (1900).

Daniel Pratt's farm gin grew from the rise of the cotton economy.

The iron hand press was used to affix the Great Seal of Alabama.

I guess we sort of take it for granted now, but there was a time when the exhibition was brand spanking new! The day dawned clear and cold that day in mid February of 2014 when hundreds of people came to the Archives Building to celebrate the Grand Opening of Alabama Voices, the new centerpiece exhibition of the Museum of Alabama. Alabama Voices is a Smithsonian-quality exhibition that covers the dramatic unfolding of Alabama history from the dawn of the 1700s to the beginning of the 21st century.

More than 800 artifacts, hundreds of images and documents, and twenty-two audiovisual programs told the story of struggles over the land, the rise of a cotton economy, the War Between the States, industrialization, world wars, civil rights, the race to the moon, and more. "Voices" taken from diaries, letters, speeches, songs, and other sources conveyed the experiences of Alabamians who lived through, and shaped the history of these periods. Occupying nearly 11,000 square feet on the second floor (the West Wing) of the Archives Building, Alabama Voices was an incredible new cultural and educational resource for our state.

The Grand Opening back then was named one of Alabama's 2014 Top Ten Events by the Alabama Tourism Dept., and the "Voices" exhibition itself was named as a Top Attraction for 2014. Conceived as a permanent exhibition, Alabama Voices represented nearly a decade of research, planning, and fund-raising. Construction actually began on the exhibition in February 2013. Throughout the day, visitors were treated to music, food, fascinating presentations by contributors to the exhibition and naturally, tours of the "Voices" exhibit.

The exhibit was designed by the PRD Group, Ltd. of Chantilly, Virginia. The audio-visual programs were developed specifically for the exhibit by the team of Donna Lawrence Productions and Videobred Inc., both of Louisville, Kentucky. Funding for the project was provided by the Alabama Archives and History Foundation, a 501(c)3 auxiliary to the Dept. of Archives and History. If you've never seen the exhibition, it's brand spanking new and waiting to entertain you!