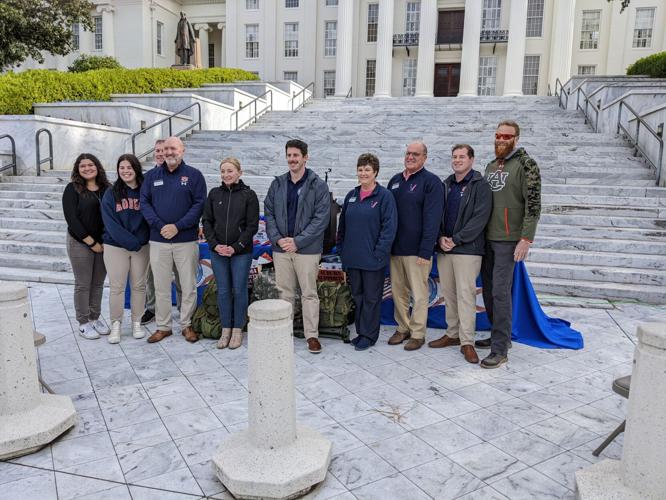 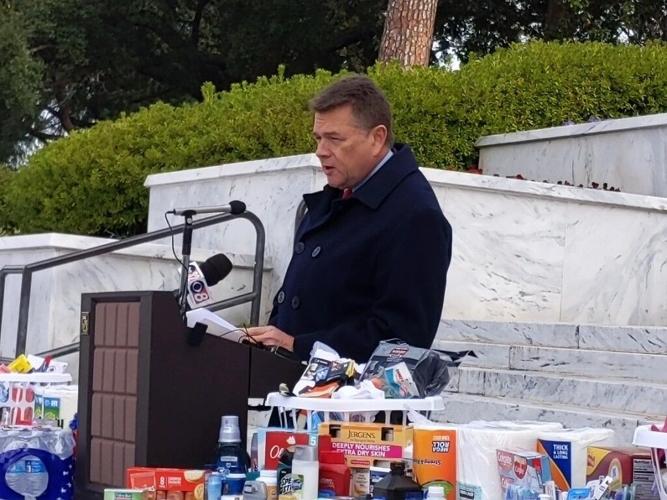 Student veterans from Auburn University and the University of Alabama were welcomed by the Alabama Department of Veterans Affairs(ADVA) on the steps of the state capital on November 16th to announce this year's “Operation Iron Ruck”.

This four day, 151-mile march from Auburn to Tuscaloosa will take place from November 23 - 26 during which participants will carry 22 pound rucksacks filled with donated items to be delivered to various charities. The goal of Operation Iron Ruck is to raise awareness for veterans suicide prevention and all donated items will go to charities that assist Alabama's veteran population.

“It speaks volumes that the Alabama and Auburn student veterans association set aside their rivalry during the week of the Iron Bowl to work together in raising awareness about veterans suicide,” said Kent Davis, commissioner of the ADVA.

The group says they chose the week of the Iron Bowl to hold the march in order to take advantage of the statewide focus on both universities. Operation Iron Ruck is partnered with Alabama's Challenge, a group dedicated to veterans suicide prevention.

Alabama's Challenge is made up of numerous state departments including ADVA, the Alabama legislature, the governor's office and the Alabama National Guard.

Also during the ceremony Casey Rogers, from Governor Kay Ivey's office, presented the members of the group with an official proclamation declaring November 23, 2022 as Operation Iron Ruck day in the State of Alabama.