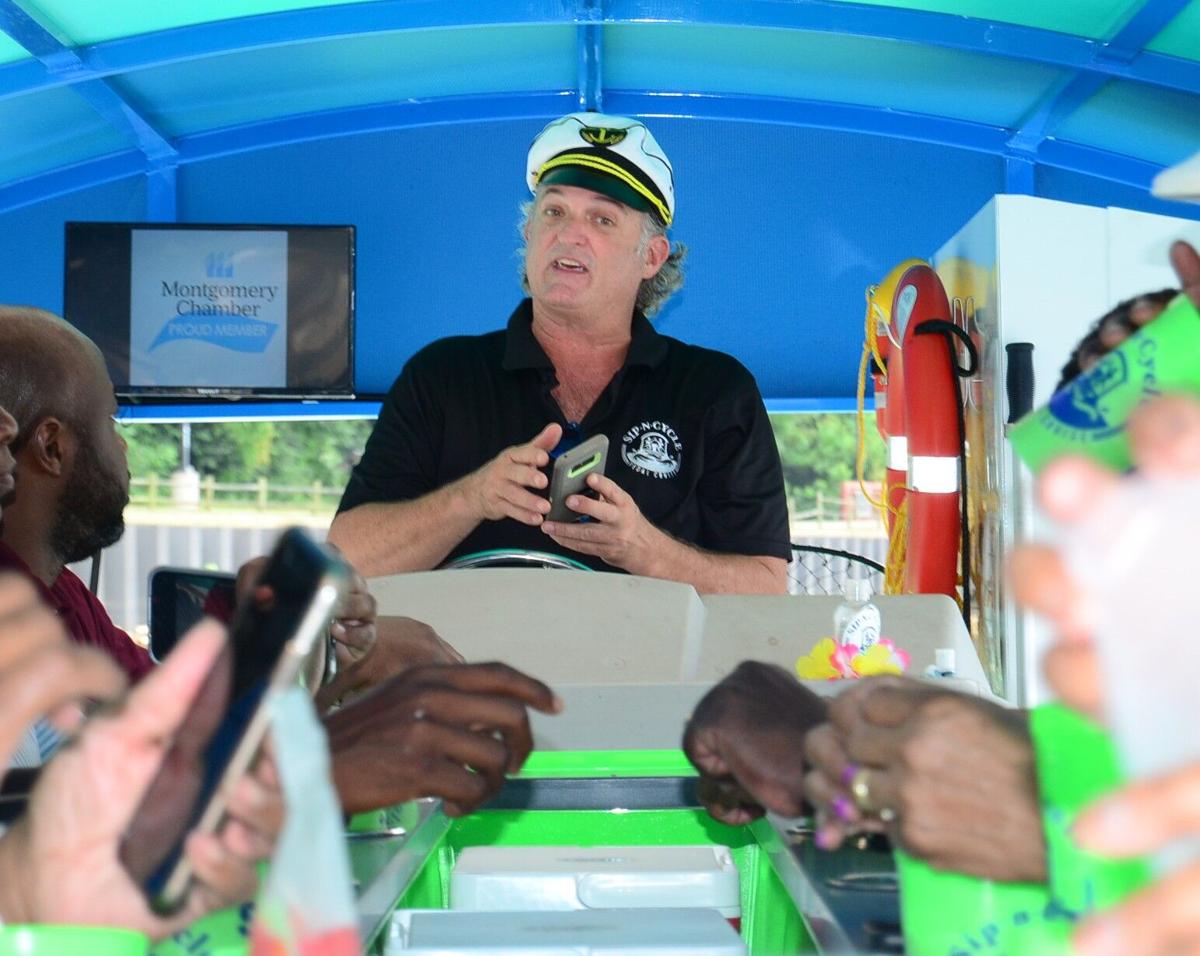 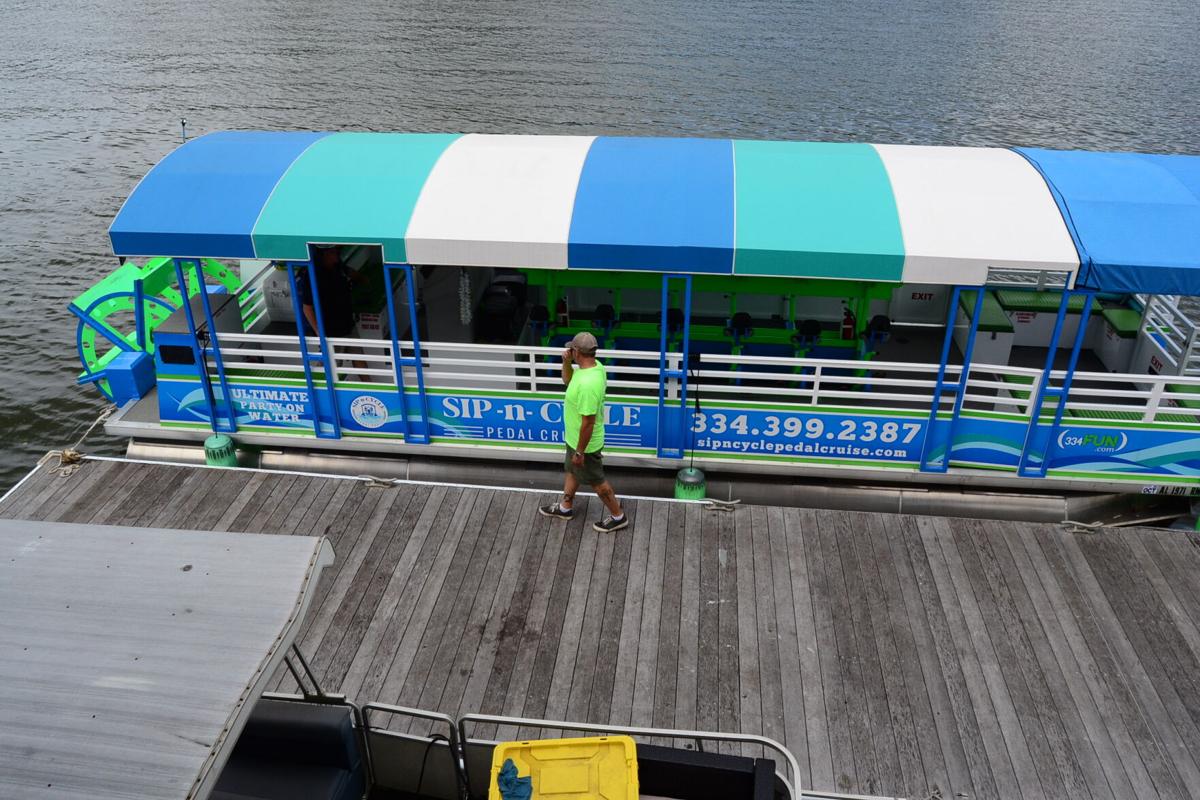 Photo: The Sip-n-Cycle can accommodate 20 guests. 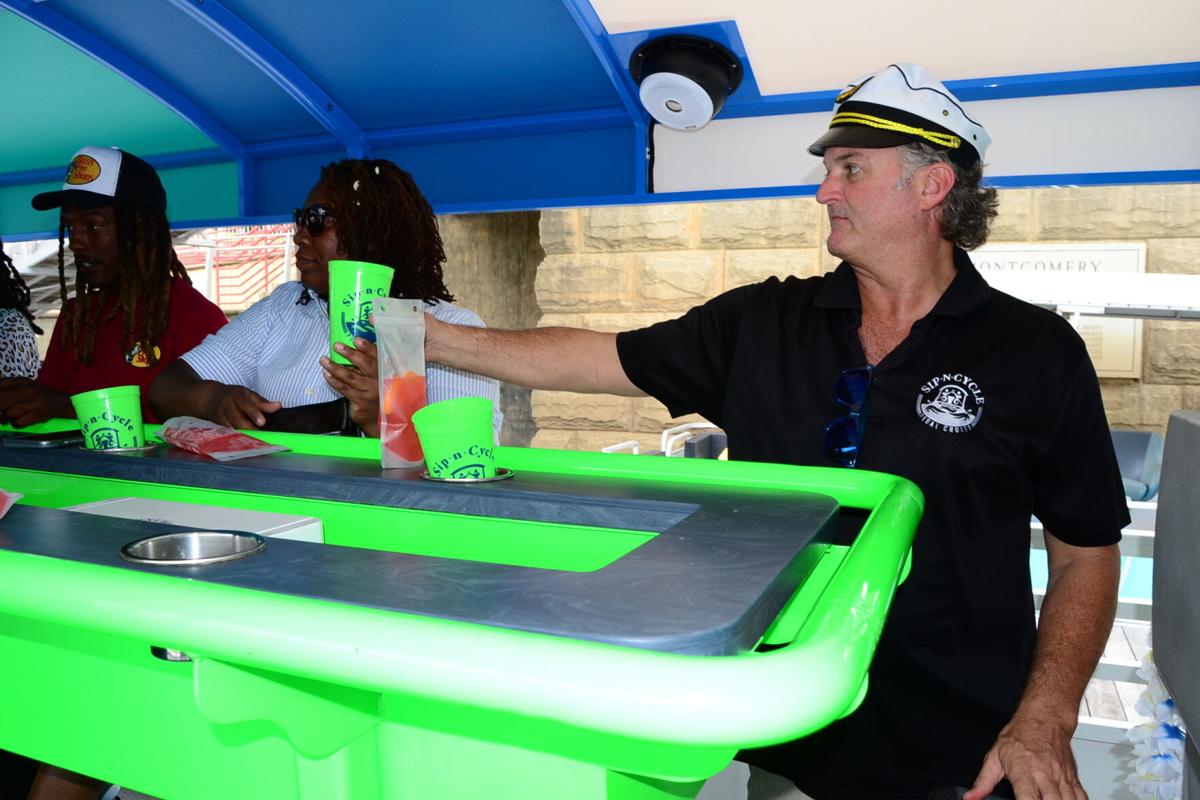 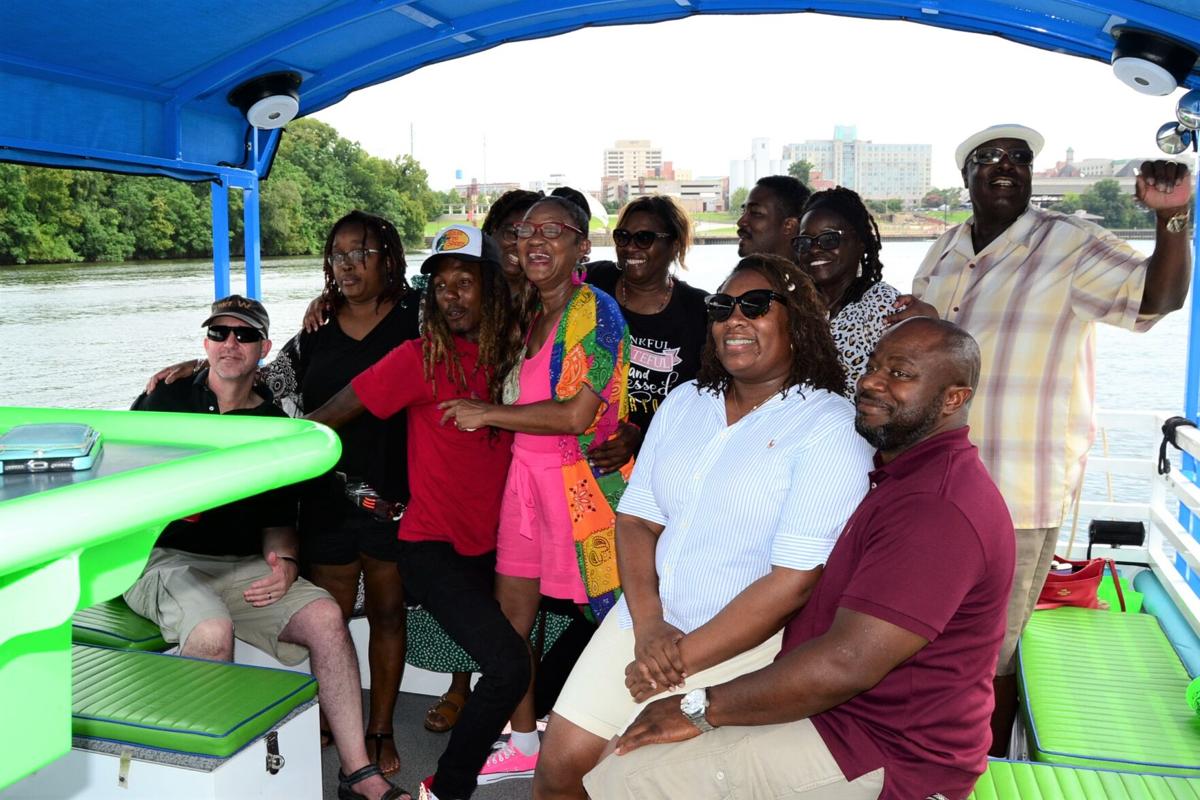 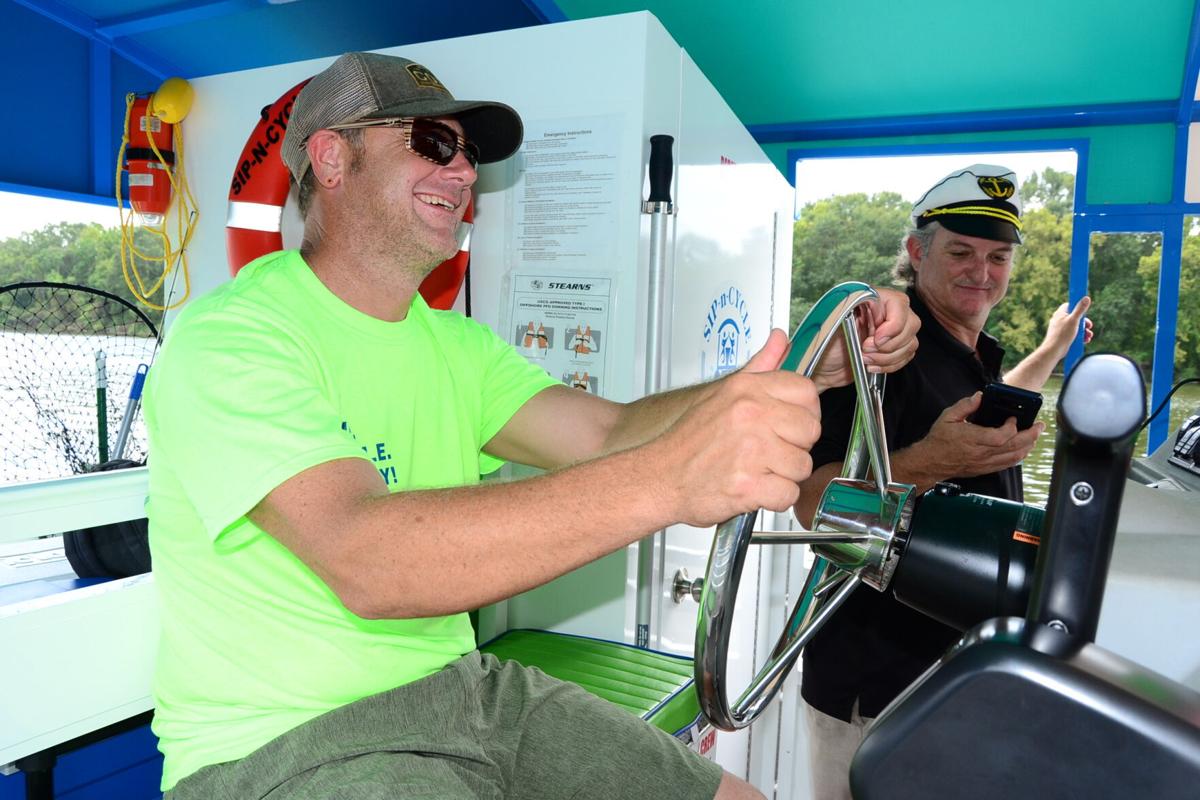 Photo: The Sip-n-Cycle can accommodate 20 guests.

Move over, Harriott II, there’s another stern-wheeler on the river. Captain Stuart Lackey’s stern-wheeler “Sip-n-Cycle” has only just begun to make waves. Headquartered at 355 Commerce St. at the end of the Riverwalk Tunnel, the big party boat is available for 90-minute cruises up and down the river. It’s indeed a stern-wheeler, but it’s pedal-powered by the guests on board. Up to 20 guests can cruise, and enjoy the beverage and food of their choice. You bring all of that , and Captain Stu and 1st Mate Dave Clausen supply the ice, cups, and music.

You should know that Captain Stu holds a United States Coast Guard Captain’s License and is empowered to captain boats displacing 50 tons. Impressive, and the Sip-n-Cycle itself is Coast Guard approved. Captain Stu is a most interesting person, and one you’ll be at-ease around. He was a cheerleader at Alabama from 1991-1995, an experience which led him to start Cheer One, a cheer leading training center in Montgomery after graduating from Alabama. He coached local high school and college cheerleaders and started a cheer leading competition at the Alabama National Fair.

He then moved to Jacksonville, Florida, where he went to high school, and started an event company that included boat shows, food festivals, surfing, wake boarding, wake surfing, stand-up paddle boarding competitions, and a variety of corporate events. But that’s not all. Captain Stu began taking passengers out on wake boats, doing dolphin and air boat tours, and then started driving a cycle-boat on the St. Johns River. It was then that he realized just how popular a pedal cruise is, and how fun it can be. Then an idea came to him.

Moving back to Montgomery in early 2020, he started Sip-n-Cycle Pedal Cruise. “Our 20-passenger cycle-boat has 12 cycle stations centered around a central bar, with a lounge area in the bow of the boat,” Captain Stu says.

“We do a 90-minute cruise under the Alabama River Bridge toward the old cotton gin, and come back through downtown underneath I-65 toward the area where the new Whitewater Park being built.” The Sip-n-Cycle has a spotless bathroom, surround sound Bluetooth speakers, and plenty of ice and cups.

Customers can pick the day and the time they want to party by clicking on Book Now at https://sipncyclepedalcruise.com If you are reading this, I know what you’re thinking. Do passengers HAVE to pedal to make head-way? No. The Sip-n-Cycle has its own reliable power plant to rely on. As Captain Stu says: “We do have a motor to keep the party going when passengers do more sipping, than cycling.”

Sip-n-Cycle Pedal Cruise has already opened a lot of doors in Montgomery. It has taken the Mayor and several city councilpersons on a cruise, hosted a ribbon cutting with the Chamber, featured on WSFA, and provided a platform for several cameramen shooting national news stories on the Capital City. “Just recently I was able to join-in on Downtown 2.0 on the continued development in downtown, and I’m hoping to be a big part of giving life to Riverfront Park,” Captain Stu says. The Sip-n-Cycle provides a unique platform for wedding parties, birthdays, reunions, corporate outings, or anything else. All you have to do is decide on what you want to drink and eat, bring your camera, and call 334 399-2387 to get things started.