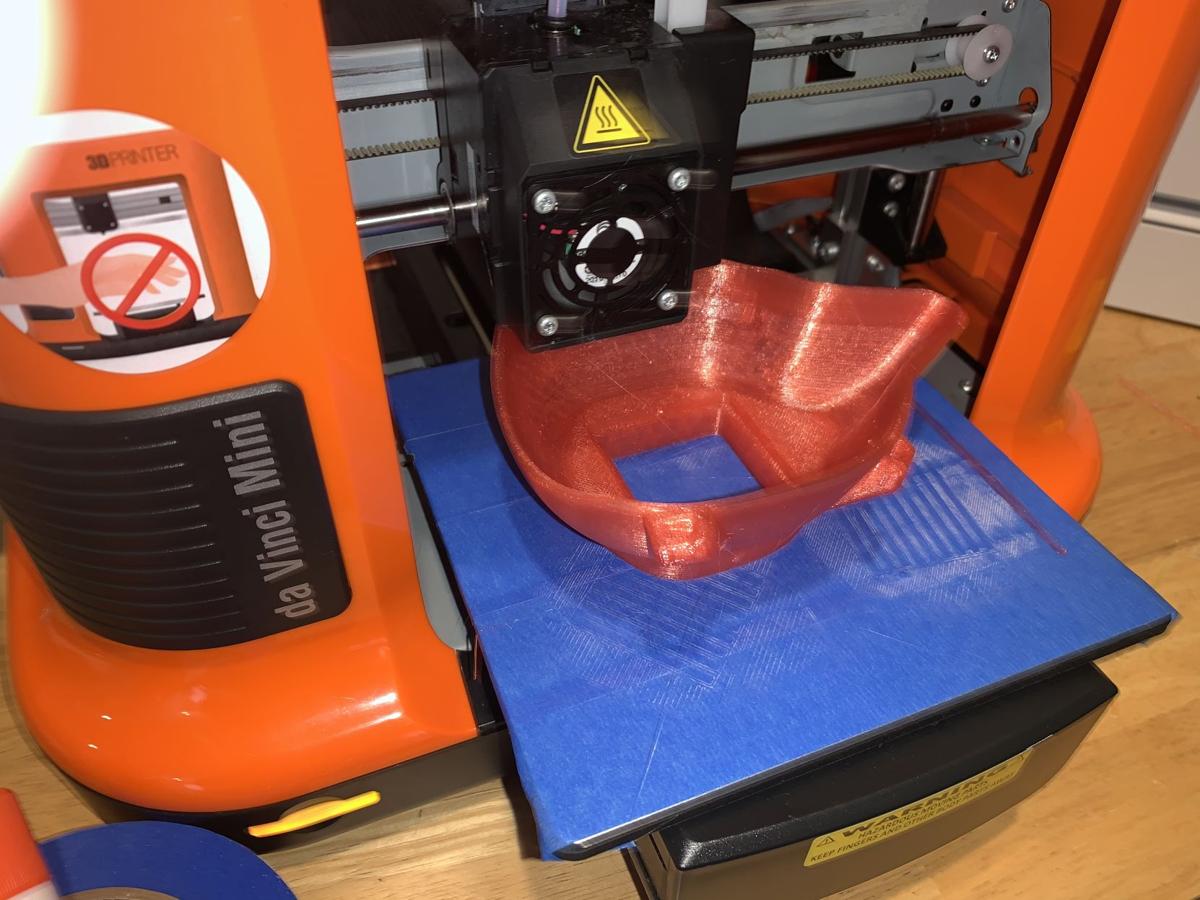 Photo: The O’Donnell family has found a way to help replenish supplies of personal protective equipment by 3D printing masks. The process is slow but effective and the masks can be cleaned and reused. 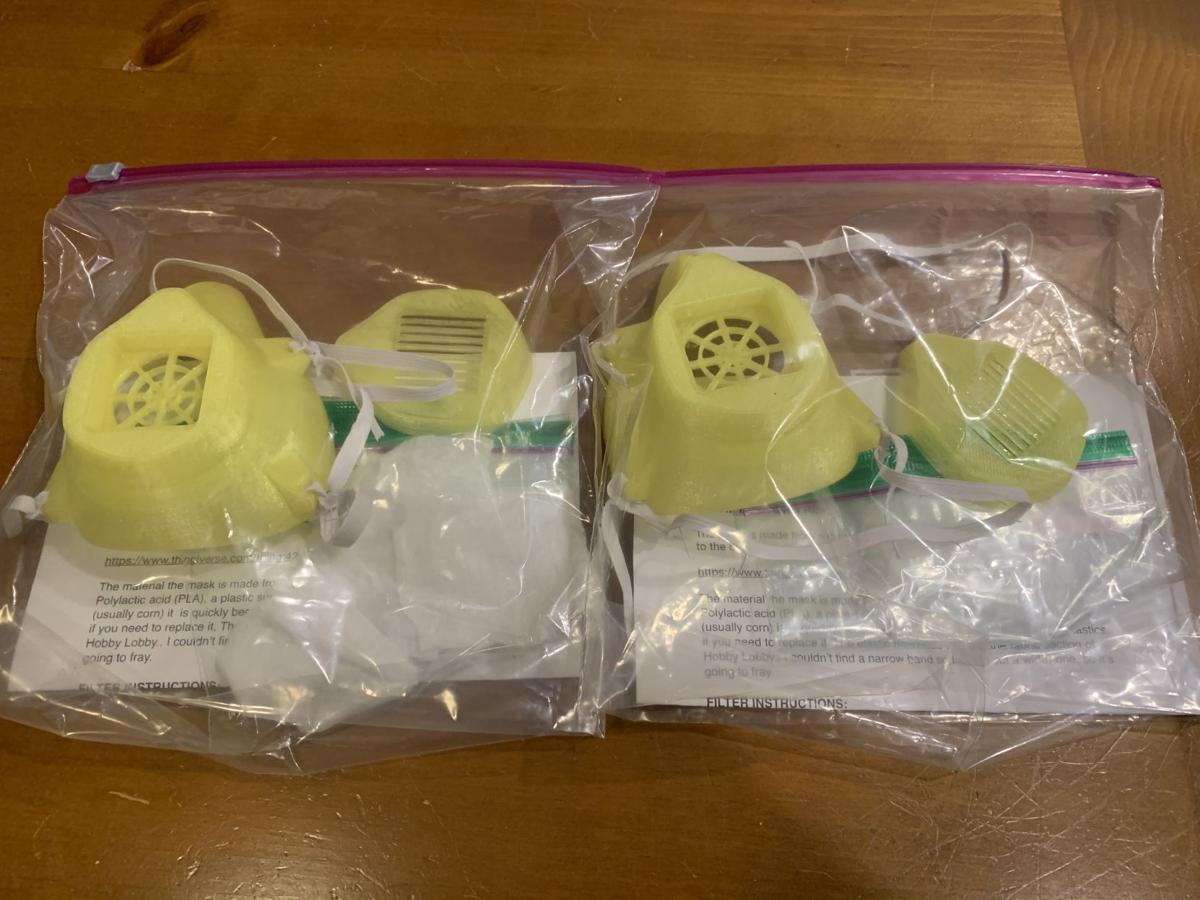 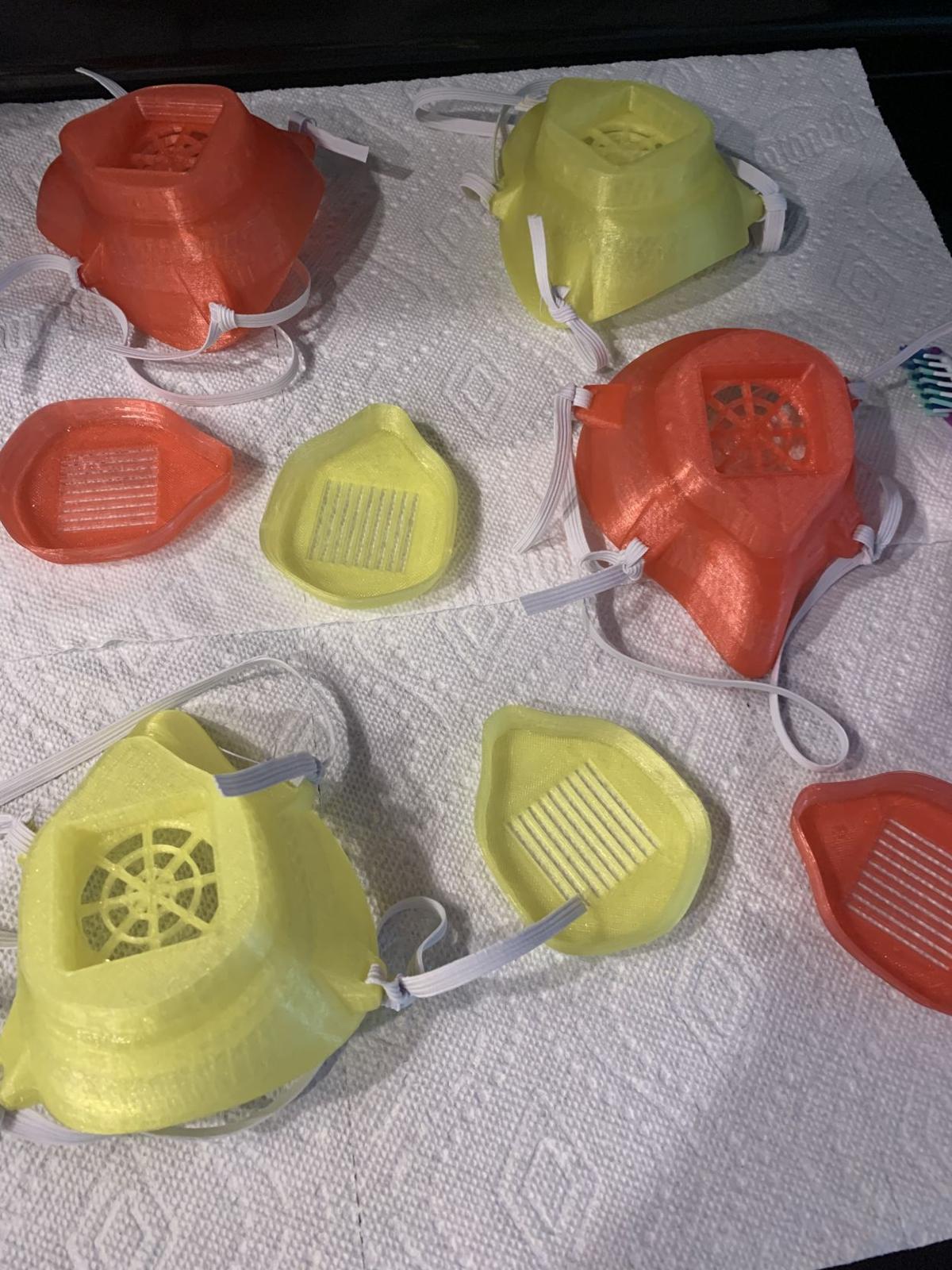 Photo: The O’Donnell family has found a way to help replenish supplies of personal protective equipment by 3D printing masks. The process is slow but effective and the masks can be cleaned and reused.

Many people in the River Region have been spending a lot of time at the house due to work from home orders, including the faculty and families of Montgomery Catholic Preparatory School. MCPS parent Andy O’Donnell, a cybersecurity manager and father of senior Charlie and 8th grader Abby, found that while he and his family were isolating at home and had some downtime, they could help the community by dusting off an old 3D printer and making protective face masks for people who needed them.

“I had gotten my daughter, Abby, a 3D printer for Christmas a couple of years ago,” he said. “It had been sitting in storage, so we pulled it out last week, got it working, and we’ve made a bunch of masks already.”

With the increase of COVID-19 cases in Alabama, obtaining personal protection equipment, such as protective medical face masks, has been difficult, even for those working in the medical community. O’Donnell and his wife, Virginia, searched online for 3D printer filtration mask patterns that would be reusable and easy to assemble and got to work. The plastic filament used for production is PLA, or polylactic acid, a renewable polymer made from corn. As for the filtration, they researched various fabrics and found that high-grade furnace filters have sufficient protection as they are HEPA (high-efficiency particulate air) rated and able to block viruses and other particles as small as 0.3 microns in size. The mask itself can be sterilized with a bleach and water solution or with UV light, and the HEPA filter can be easily removed and replaced. They also received a donation of medical-grade elastic bands, which are used to secure masks onto the faces of wearers, from a manufacturing company.

While the O’Donnells’ 3D printer has successfully made several masks, the process takes a few hours, and the printer can only produce up to three masks in a day. They have ordered a second 3D printer, but due to delays in shipments and deliveries, they will not receive the unit until the end of March. They are also searching for a UV light sterilizer so that they can efficiently ensure the masks are clean and sterile before giving them away. They are currently using a bleach solution to sterilize the masks, elastic bands, and the bags they are packaged in.

“We’ve already given some of our masks away, including one to a friend who recently had a kidney transplant and is immunocompromised,” said O’Donnell. “We’ve also had several nurses reaching out to us.”

The O’Donnells are hoping to boost their own manufacturing, but Andy says that he also hopes others will start doing the same thing.

“There may be people out there who, like me, bought these 3D printers for their kids,” he said. “Who knows, they could be sitting in a garage but could be put to use. And colleges and universities might have a couple that are just sitting there that could be used, too.”

Of course, he wouldn’t leave anyone to just flounder on their own, especially if this is their first 3D printing project. “If anybody has a 3D printer at home, I can certainly train them on how to make these,” he said. “I can help people to avoid the pitfalls if they haven’t used one before.”