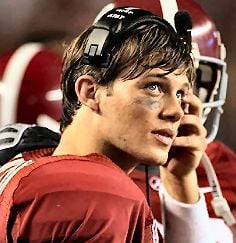 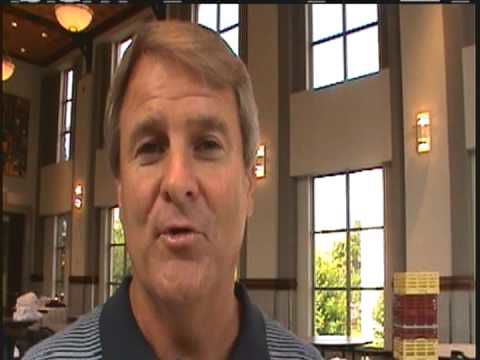 John Parker Wilson played quarterback at the university of Alabama from 2005-2008. Wilson came to Alabama after leading Hoover High School to state championships in 2002 and 2003. In Wilson’s senior season, he led the Tide to a 12-2 mark including wins over Auburn, #3 Georgia, #9 Clemson and a berth in the SEC Championship game. When Wilson’s careen ended at Alabama, he held every significant passing record in Alabama school history. Wilson signed as a free agent with Atlanta Falcons after college and spend two years with the Falcons and then was on the roster at Jacksonville and Pittsburgh.

John Parker joined the Alabama radio broadcast crew before the 2018 season as the color commentator replacing Phil Savage. Wilson resides in Mountain Brook with his wife, Tyler and their son, Parks. Wilson works as a financial advisor with Morgan Stanley.

Charlie Trotman was a three-year starter at quarterback for Auburn University and was elected captain in 1979. Charlie is a native of Montgomery and was a three-sport star at Jeff Davis High School, where he was an All-American quarterback and was selected as one of the top 100 football players in the nation. Following his senior season at Auburn, Charlie was named the most valuable player of the Blue-Gray All-Star Football Classic in Montgomery. In 1979 Charlie won the Cliff Hare Award, which is the highest honor given to an Auburn athlete.

After graduating from Auburn, Charlie attended the Cumberland Law School and earned his law degree in 1983. He was admitted to the Alabama State Bar in 1984 and continues to hold his law license. Charlie was the football color commentator on the Auburn Network for 15 seasons between1986-2001 where he worked alongside the legendary Auburn play-by-play announcer, Jim Fyffe. Charlie is a frequent guest on local and national sports radio shows. For several years he has been the co-host of the “MAX Round Table” daily on ESP, The Ticket. Charlie is president of The Trotman Company, a real estate development firm. Charlie ad his wife Whitney reside in Montgomery and have three children – Ellen Rogers, Barbara Ann and Charlie.

The QB Club meets at the Capital City Club with dinner served at 6:15 pm.