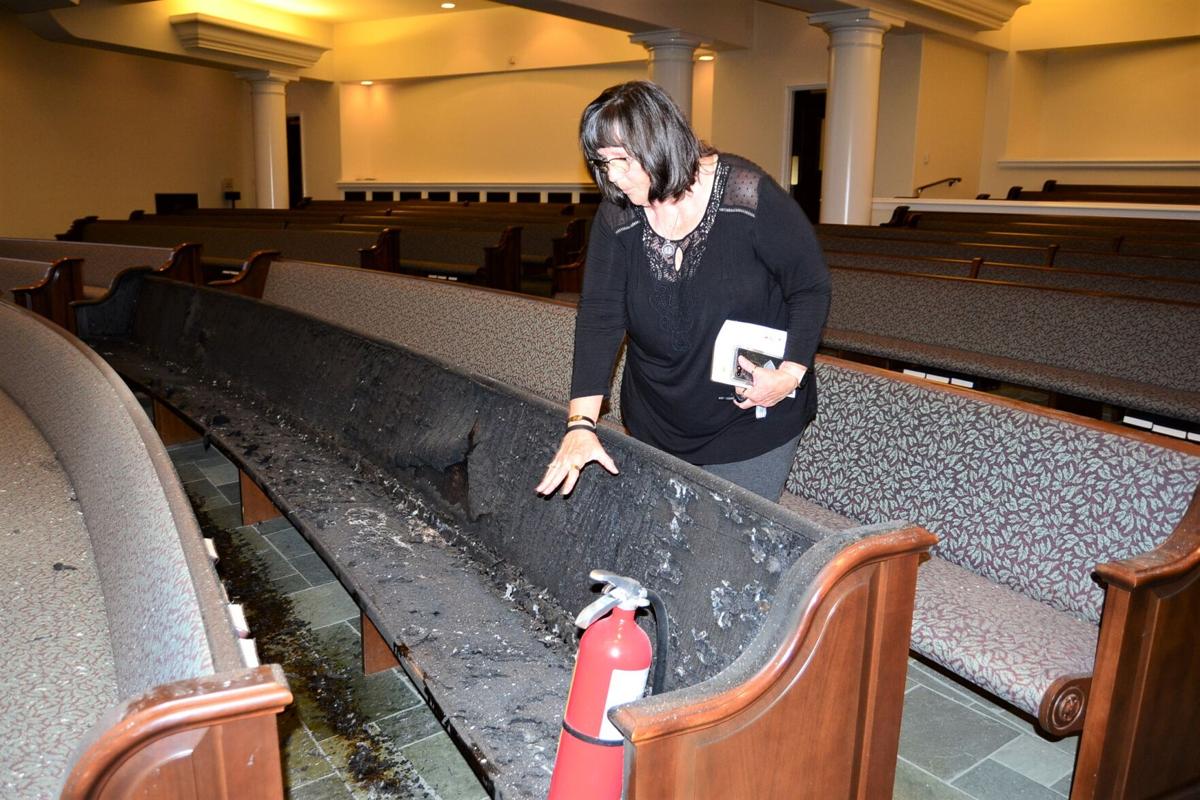 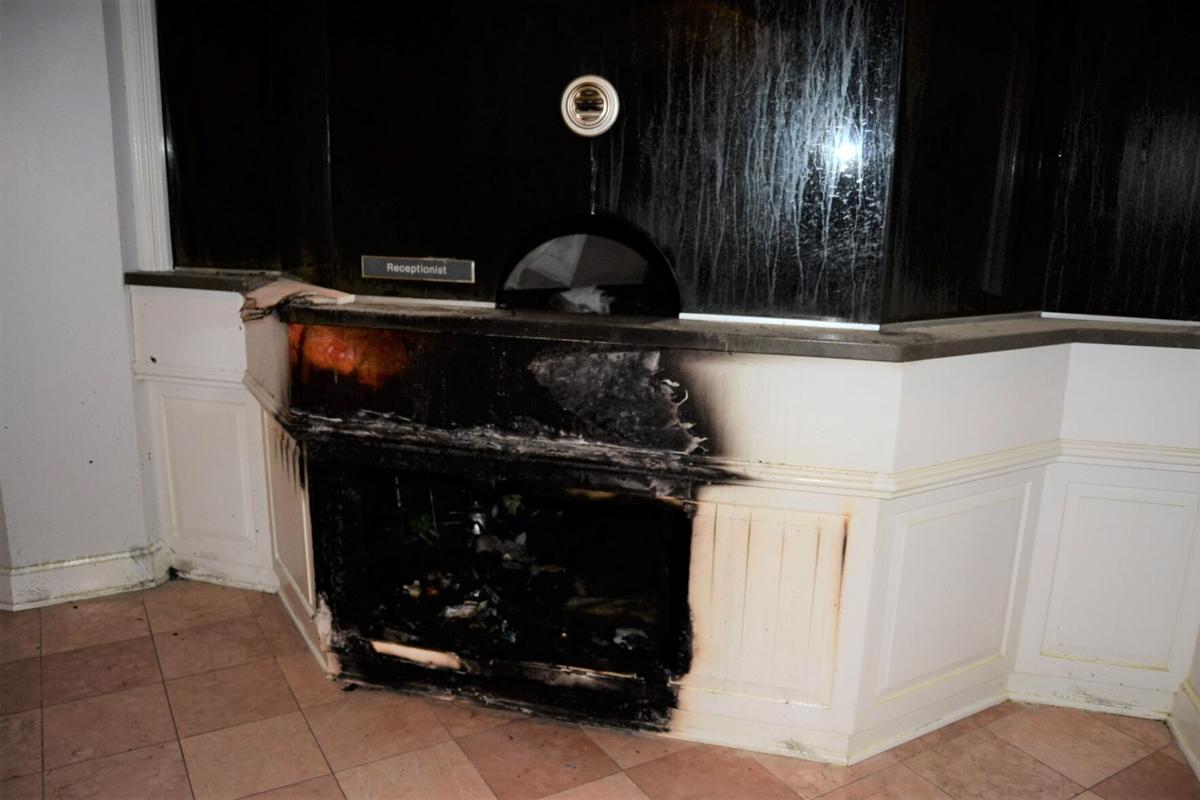 Photo: The reception area was a total loss. 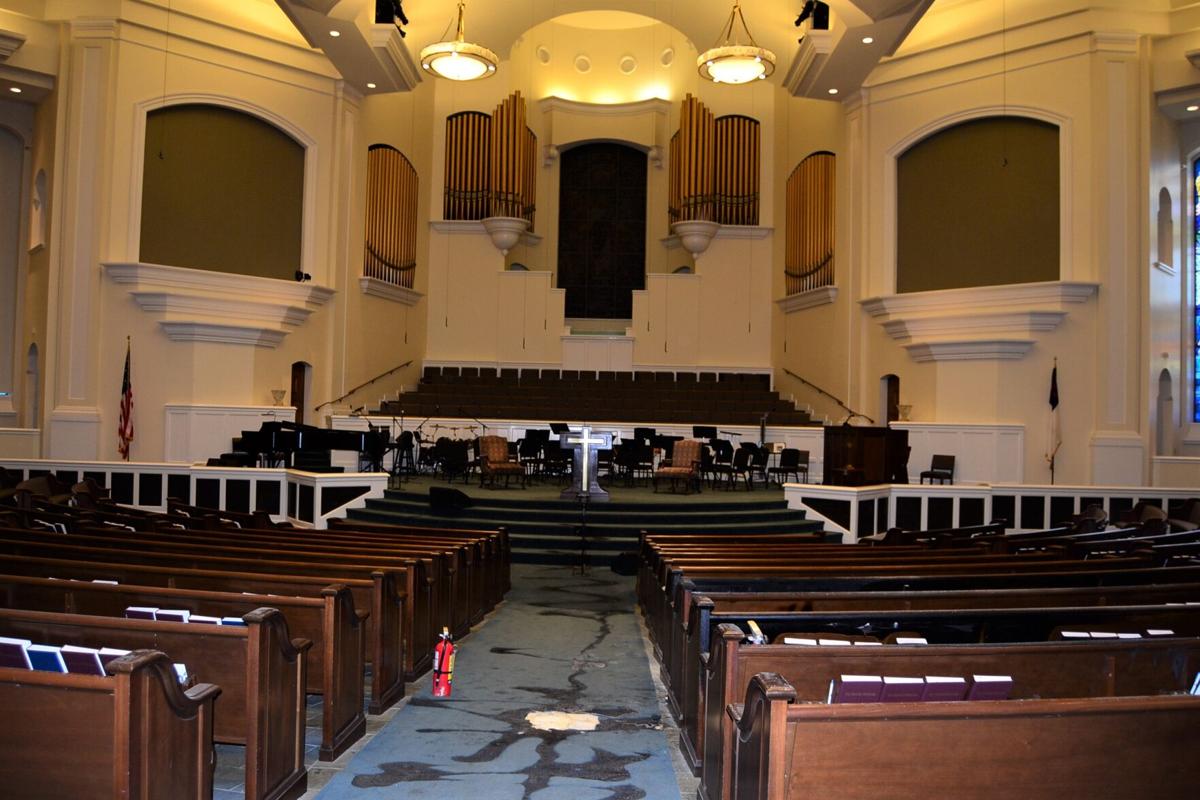 Photo: Fire proof material in the carpets limited the spread of the fire.

Photo: The reception area was a total loss.

Photo: Fire proof material in the carpets limited the spread of the fire.

At some point during the early morning hours of Thursday, September 30th, the historic, First Baptist Church of Montgomery suffered a mindless attack by an arsonist(s) intent on doing as much damage as possible, as theft doesn't appear to be a motive. A few pews were destroyed or badly damaged, as were hymnals. Thankfully, carpets in the main and Stakely Sanctuaries were made of a non-flammable material, and the slate floors also were fire proof. Some of the worst damage came in the reception area where expensive electronic gear was located. That will have to be totally replaced. The pianos, nor pipe organs appeared to be damaged.

The First Baptist Church of Montgomery is indeed historic. The Founder of First Baptist Church, Lee Compere, was an English missionary to Jamaica. He and his wife Suzanne arrived in America in 1817. Compere launched a mission to the Creek Indians at the ancient Creek capital of Tukabatchee on the Tallapoosa River near modern day Tallassee.

By 1829, he and his wife relocated to Montgomery, a bustling town with a popu

As there was no Baptist church in Montgomery, on November 29, 1829, Compere and fellow minister Fields Bradshaw officially constituted the new Montgomery Baptist Church. Construction began on the first church building in 1832.

However, the church reorganized later that year, perhaps due to Compere's unpopularity. He wrote: “I have the honour of being despised as a missionary, viewed with contempt as an Indian's friend, and reproached with the unfortunate name of Englishman!” Compere left in 1833 to continue his ministry in Mississippi. So now you know a little bit about the early history of our historic and beautiful First Baptist Church of Montgomery. Pastor Mark Bethea says the church and its activities will continue to function in as much a normal fashion as possible during this trying time. The church held an 8:30 AM service outside in the Perry St. parking lot on Sunday the 3rd.