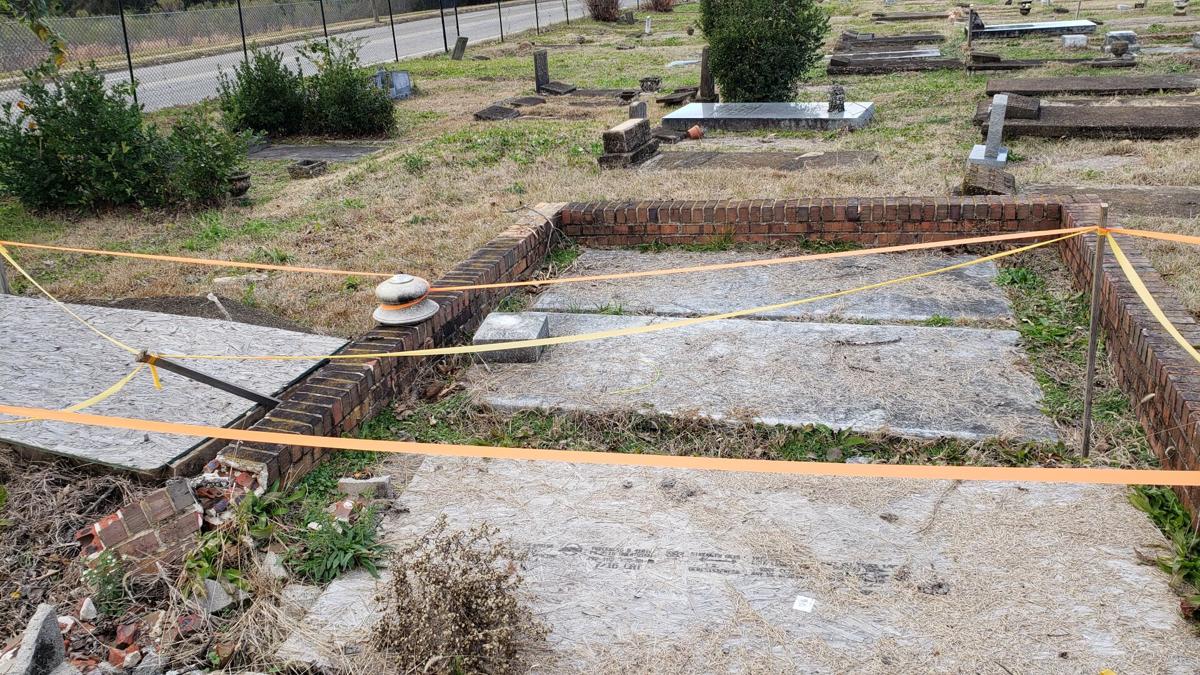 With markers missing or destroyed, some graves are covered by plywood and marked with caution tape at Oakwood Cemetery in Montgomery. 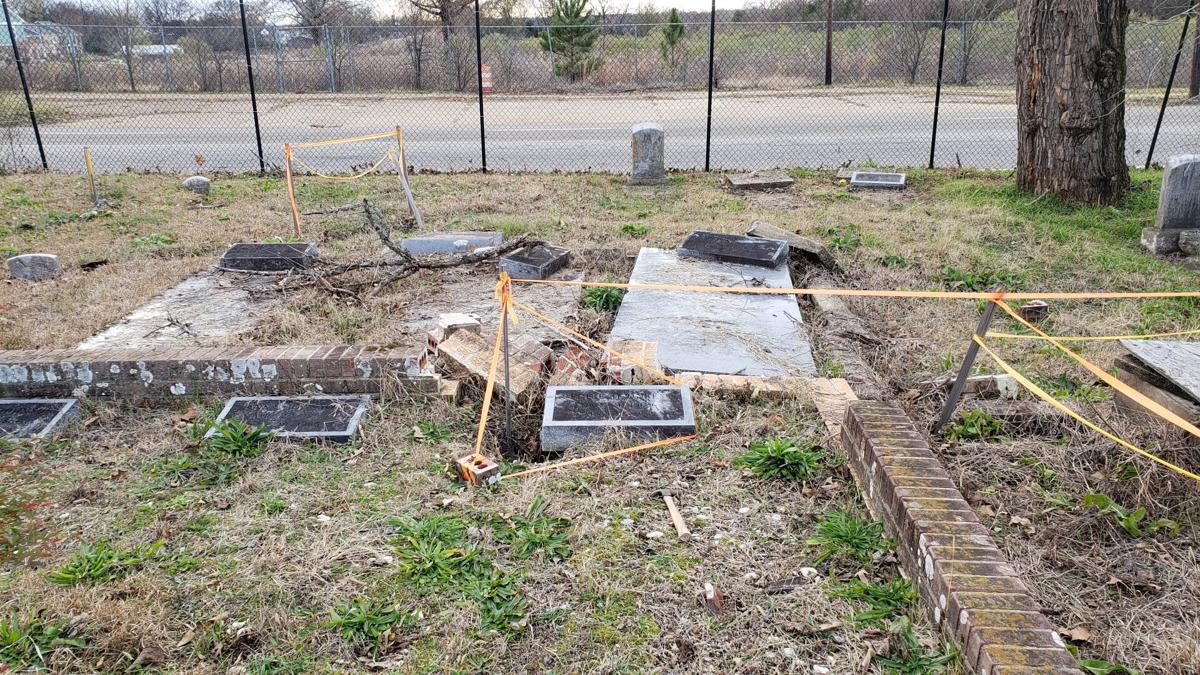 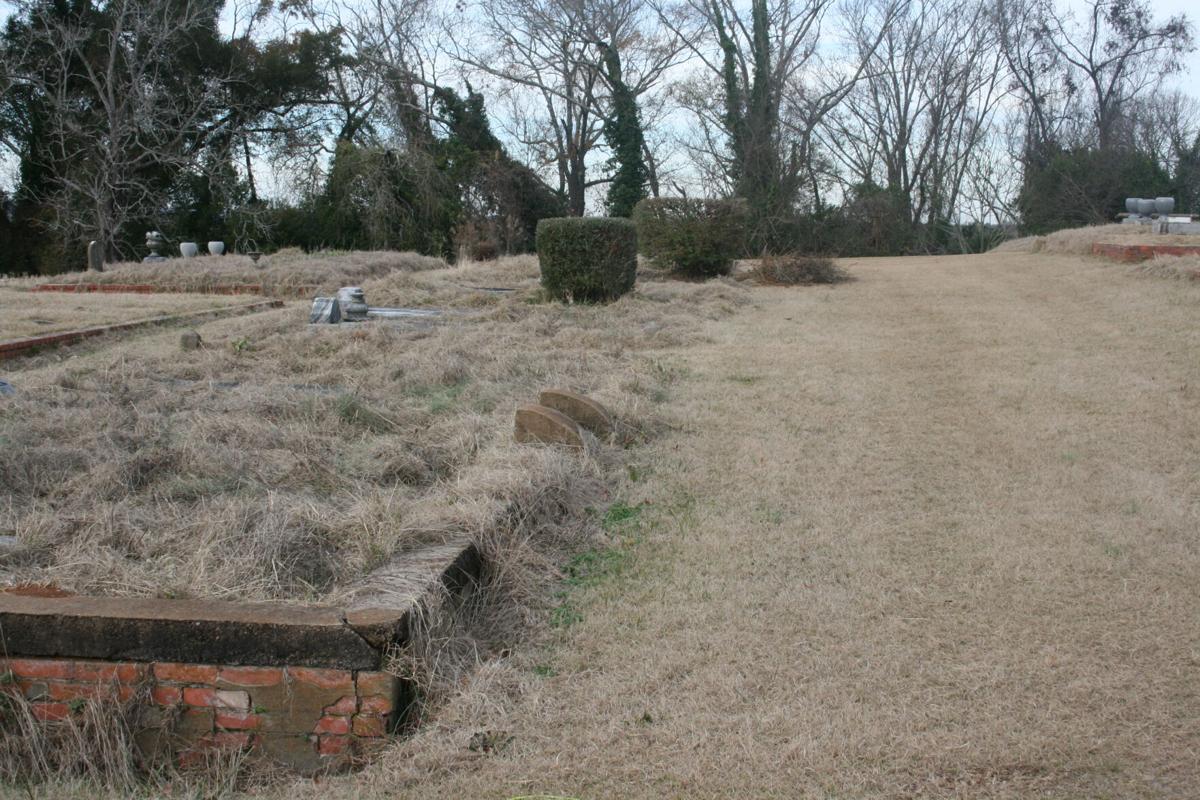 With markers missing or destroyed, some graves are covered by plywood and marked with caution tape at Oakwood Cemetery in Montgomery.

As most people, especially those attracted to country music know, Hank Williams is buried at a cemetery in Montgomery, Alabama. This cemetery is Oakwood Cemetery Annex. The annex is one of five cemeteries within the vast 120-acre (or around 90 football fields) grounds of Oakwood Cemetery. As one might imagine, this amount of land can be difficult to manage. In order to maintain the landscape and general care for this sacred ground, the city employs six people and provides eleven prison-workers to the cemetery’s care. So when the prison stopped sending workers over, Tom Pierce, Director of General Services, and Phillip Taunton, Sexton and Cemetery Maintenance Foreman, knew they would have their work cut out for them.

For those unfamiliar with the Oakwood Cemetery, it has been a historical place of rest long before the country music sensation was buried there. Since 1818, this cemetery has housed everyone from the indigent to lawmakers, soldiers, and high society. Oakwood has even expanded over the years to include Catholic and Jewish burial grounds, and the annex. The original Oakwood Cemetery portion is now referred to as Old Oakwood. However, the massive expanse of Oakwood’s hills and valleys has now grown crowded with brick vaults, head stones and grave stones of its over 200,000 burial sites. So much so, that now trees crowd several graves, and roads are within arm’s length of other markers. While vandalism hits Oakwood just like any other cemetery, time and environment are the biggest culprits for Oakwood’s troubles.

There has been concern that the annex might get more priority because of Williams’ plot being there. In fact, it doesn’t seem there is priority to the annex so much as ease to maintain.

“Well unfortunately the issue is that the annex and a couple of the newer cemeteries are a lot easier to manage than the Old Oakwood Cemetery,” said Taunton. “These cemeteries are a lot flatter and easier to manage with the equipment, like a riding lawn-mower.” The Old Oakwood Cemetery, which is the bulk of the 120-acres, is the part of the overall cemetery that has continuous hills and valleys, trees, and obstructive brick vaults.

As to the Old Oakwood Cemetery, “The pandemic added to the troubles there,” explained Pierce, “in that we lost about 65% of our manpower.” Pierce explained that prior to the pandemic, the city received prisoner labor to help maintain the property. Eleven prisoners would come by and help maintain the extensive property that demand individualized upkeep, such as weeding, or mowing in and around all of these brick vaults. “Once we lost that, well it tends to put you in a bind.” said Pierce. They tried to keep up by shifting other labor professionals within the Building Maintenance Department (the department that also employs Taunton and the five other full-time employees) when they weren’t overloaded with their assignments.

The team also started working weekends for about 10-15 weeks starting in about September; and they had hoped that the winter months would help them get back on track.

After one resident noticed a family member’s headstone broken and thrown across the nearby railroad tracks. It was noticed that several grave-markers have been completely destroyed by fallen tree limbs, and are now covered by plywood and marked with caution tape. Still other brick vaults are completely covered in overgrown grass. For example, the indigent cemetery, which is located on the Northwestern most corner of Oakwood, has had large trees fallen down damaging row markers, headstones, and the ground around the graves. Grass, leaves, and land itself further obstructs the markers so much that one cannot determine were graves are. Not all of these graves are even so old.

“Issues like that are difficult because the families are responsible for the head stones and markers.” explained Foreman Taunton, “Once we observe such damage we have to contact the families and that starts the process of getting replacements chosen and installed.” Taunton would further explain that the cemetery is responsible for the environmental damage and other maintenance, such as downed trees and the landscaping. “We hope to get the street crew up here soon for those trees in the Indigent Cemetery, but we don’t know when they’ll get to us.” said Taunton.

When asked about any upcoming plans that might aid their efforts, “We hope to get the inmates back, which would get us back on track. As far as any changes beyond that, we couldn’t expect anything like until after the city’s budget meeting in October.” explained Pierce. Even though the bulk of Old Oakwood was still in need of the individual vault care, the two seem hopeful that the six employees will get the property back on track if winter keeps helping them out.